The Tesla Model S saloon has been given an update, with a brand new interior and an adjustment to the range 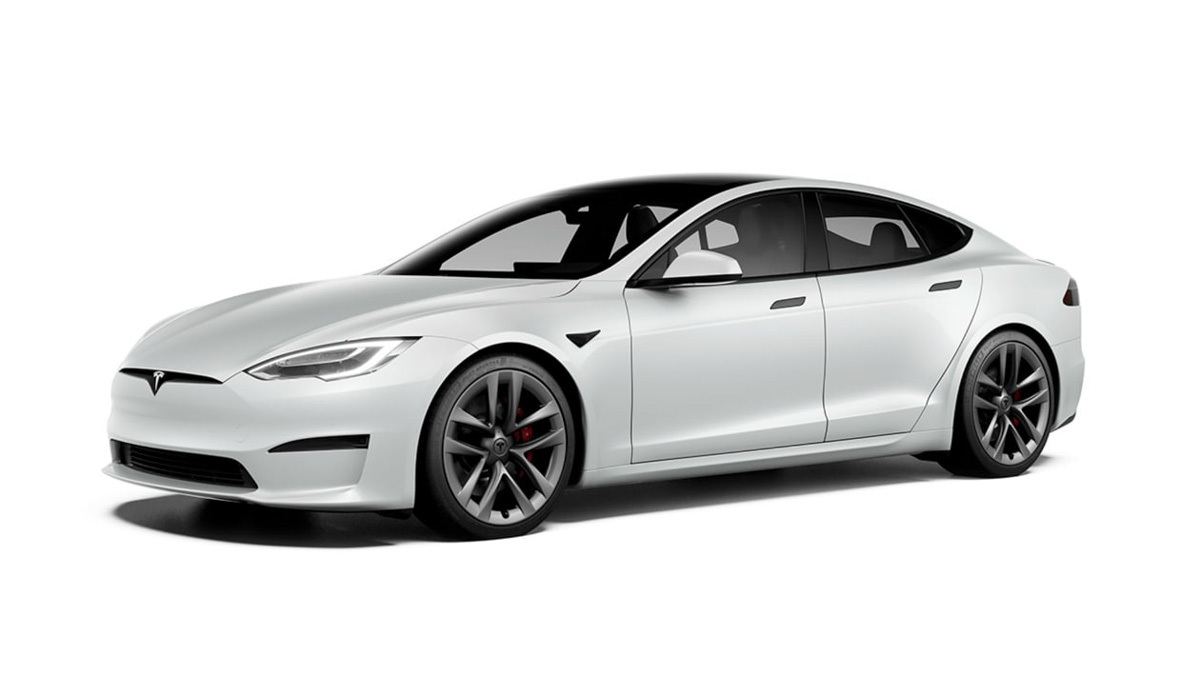 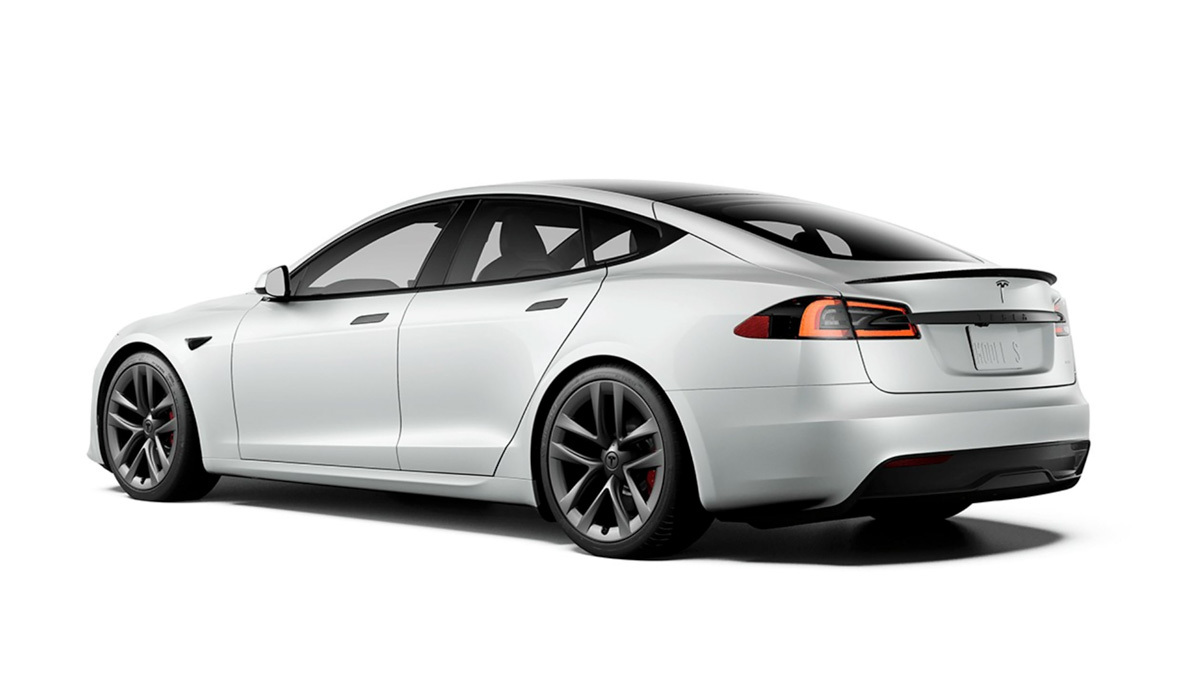 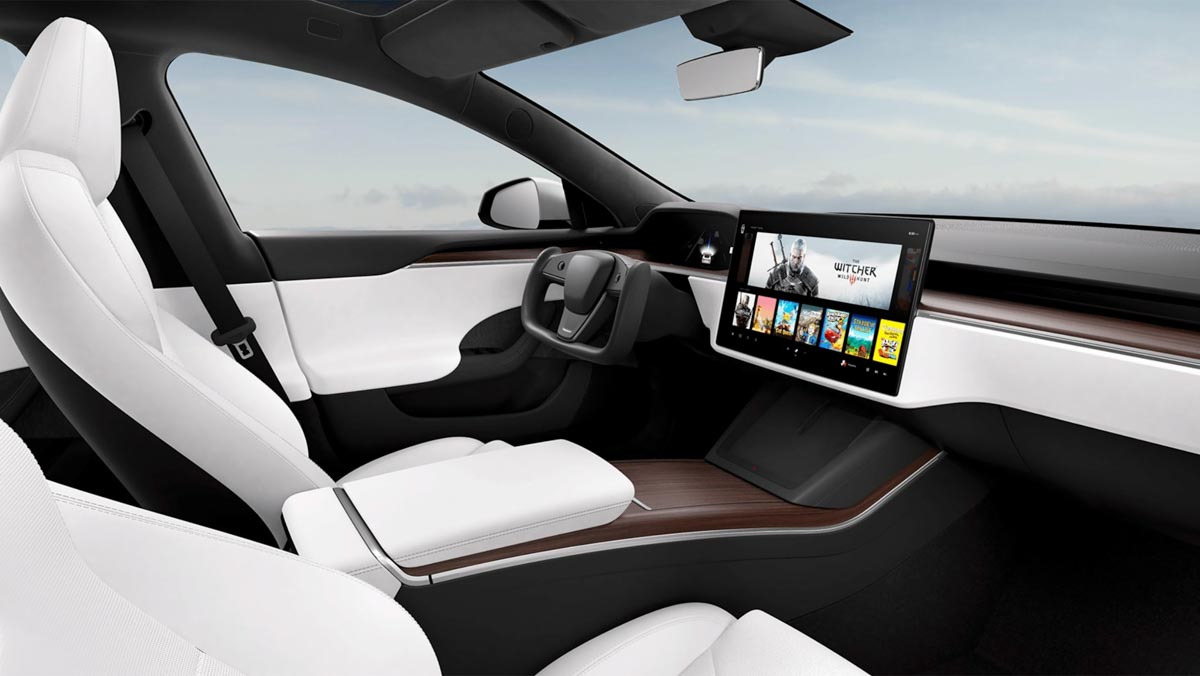 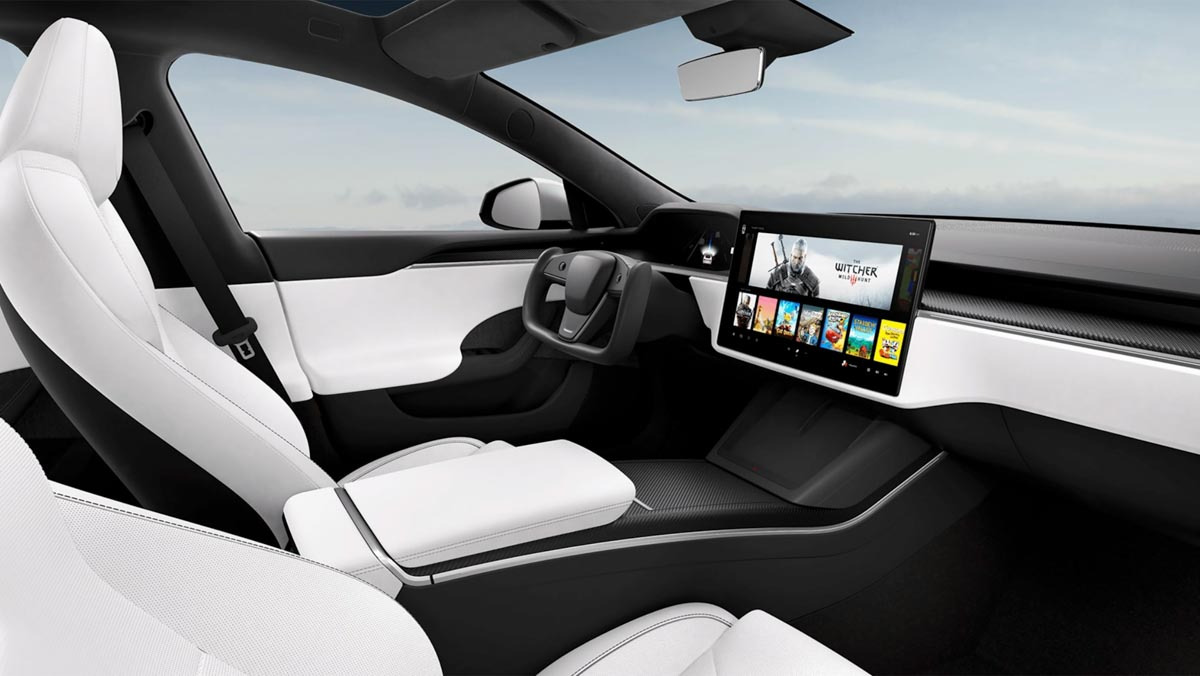 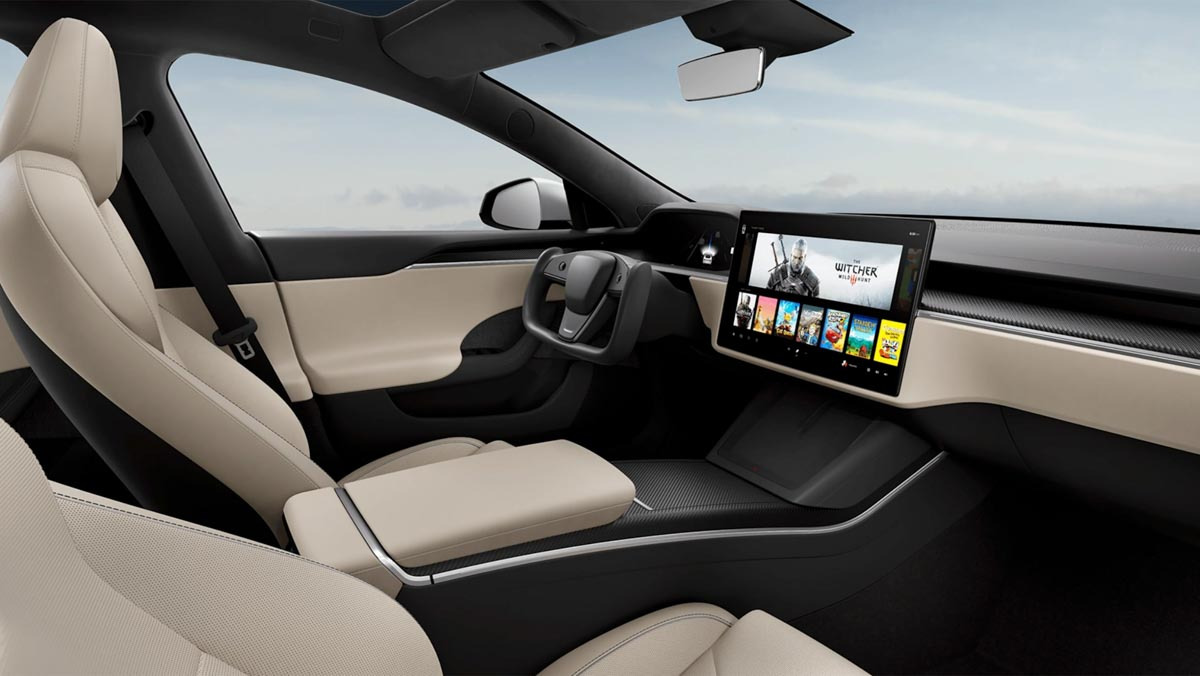 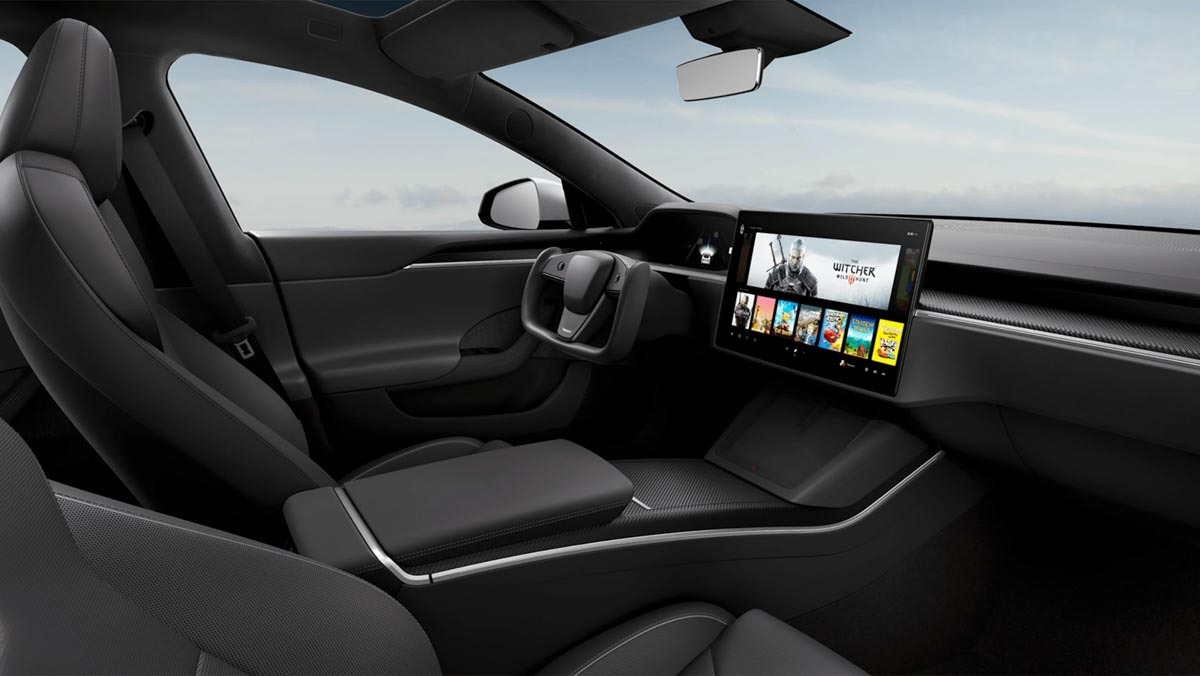 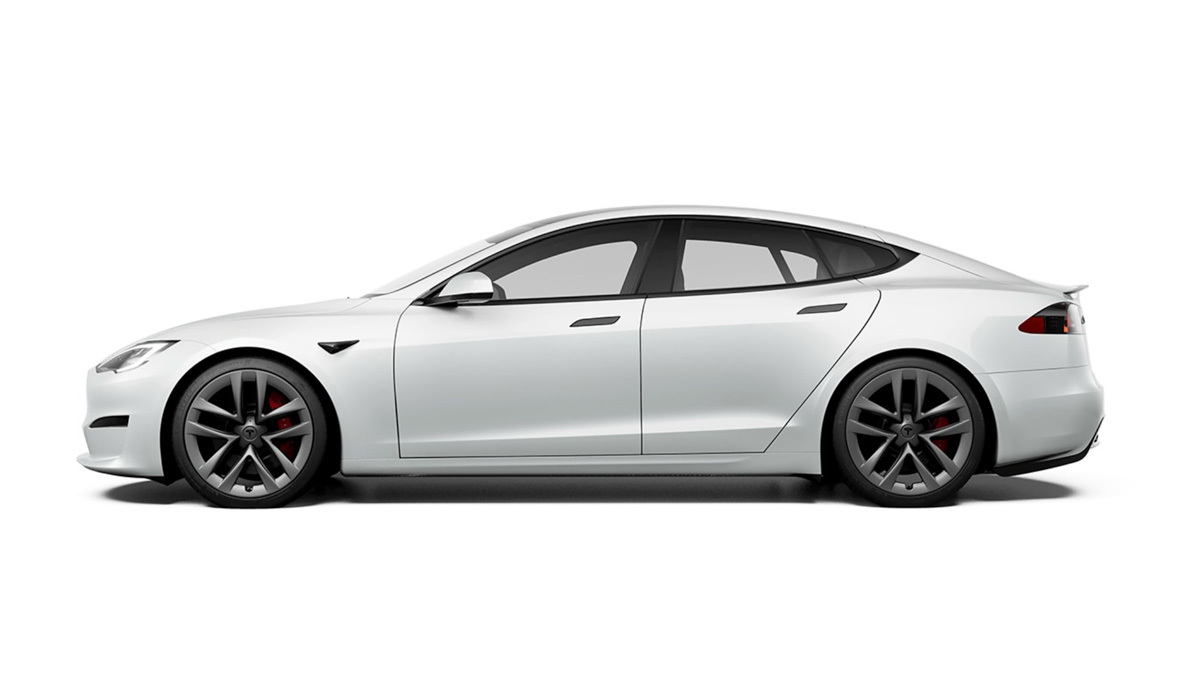 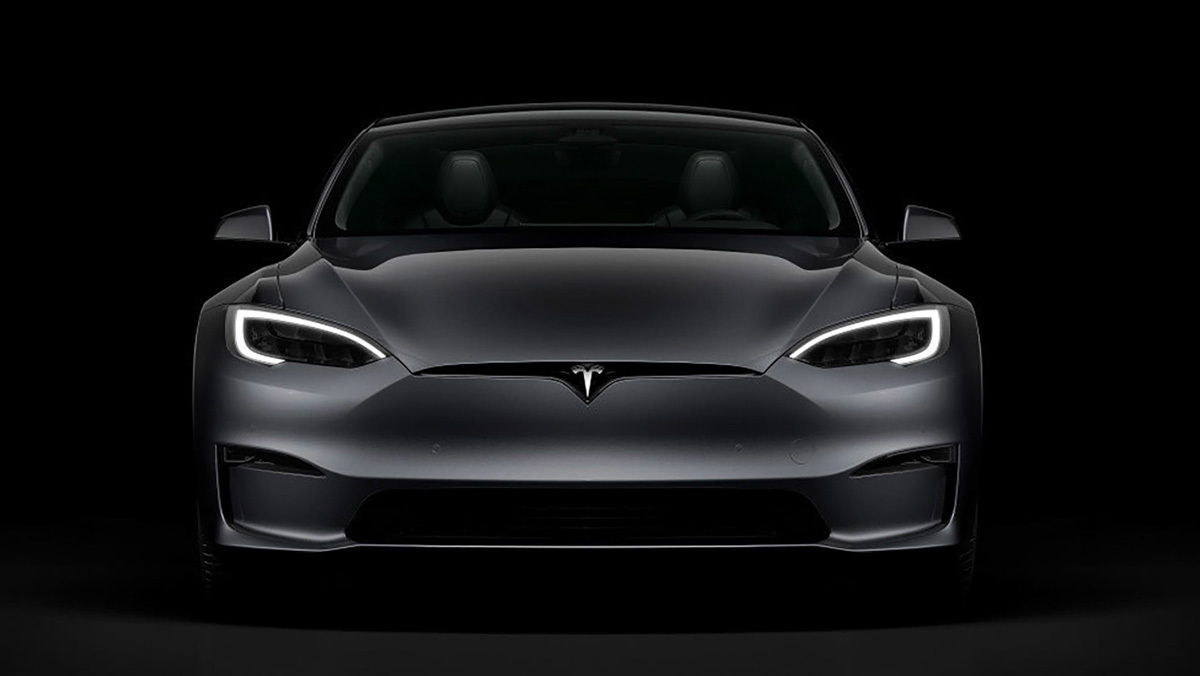 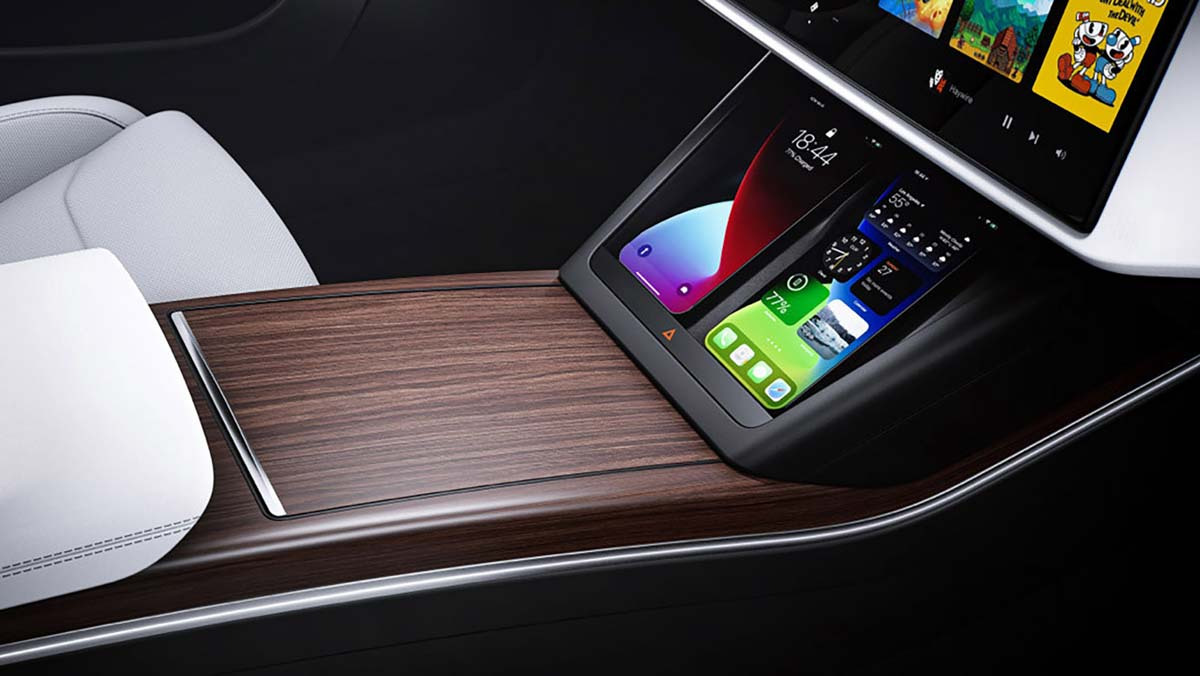 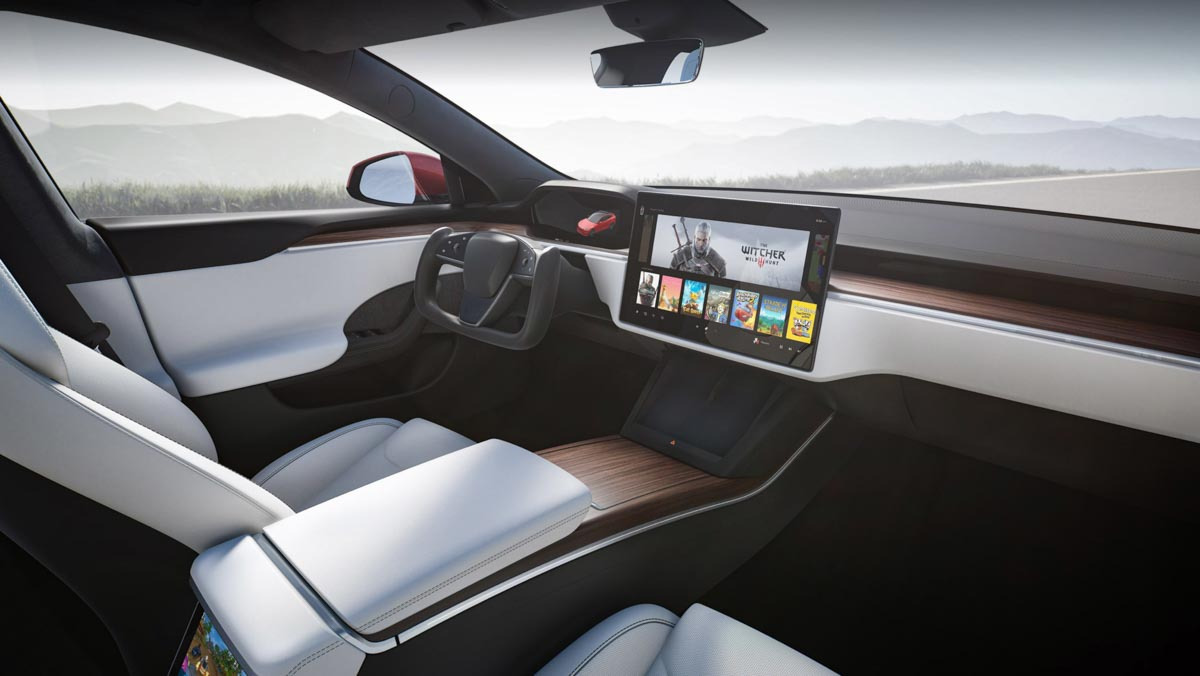 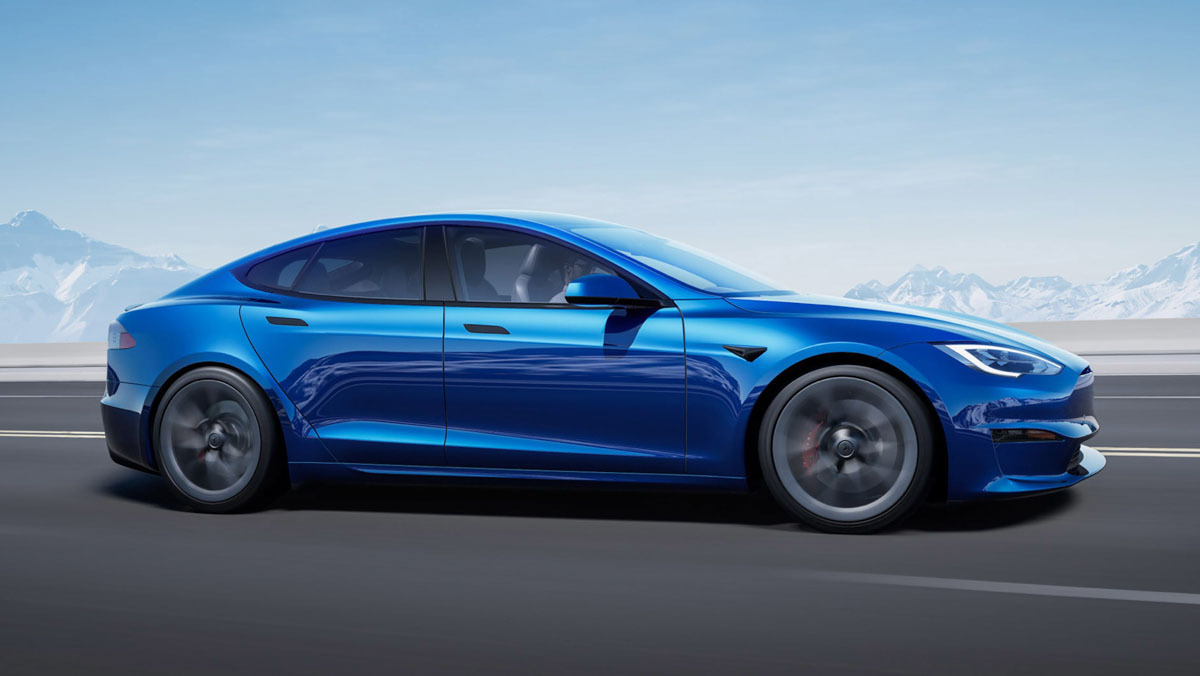 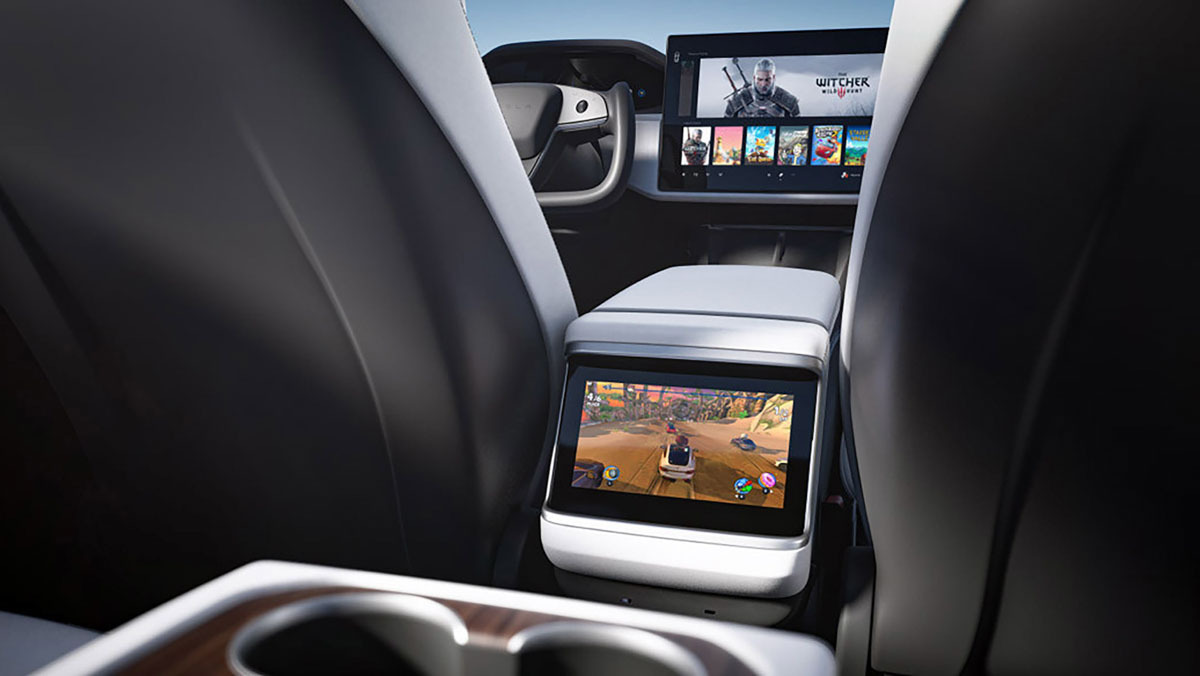 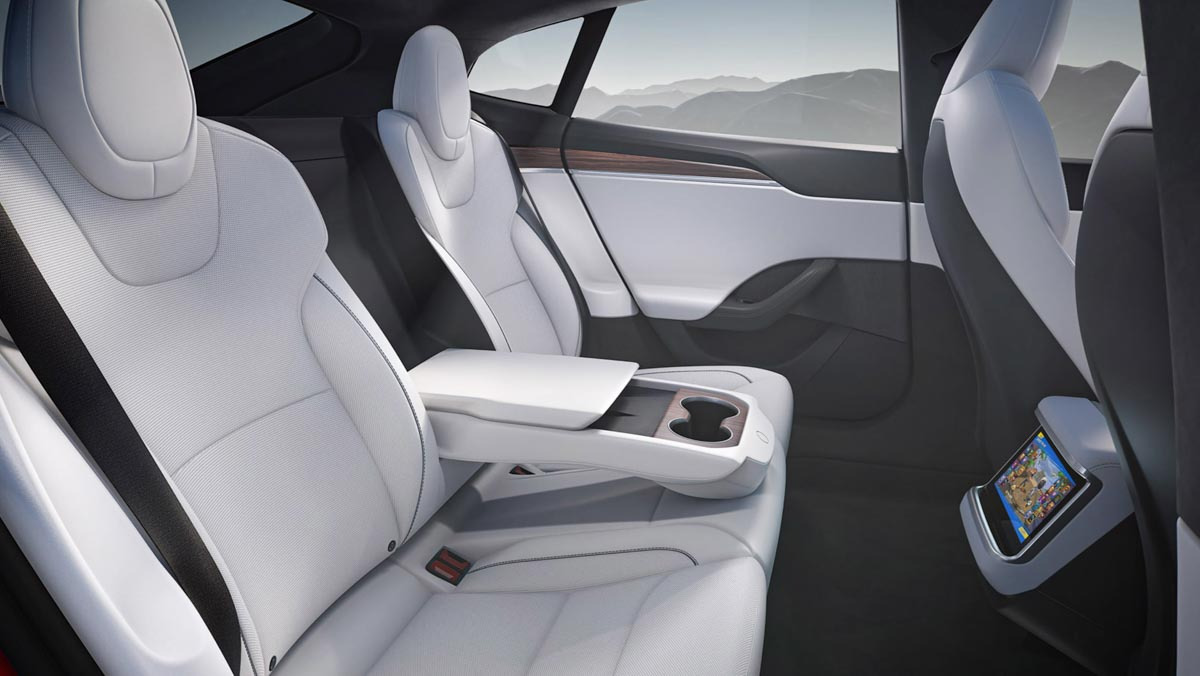 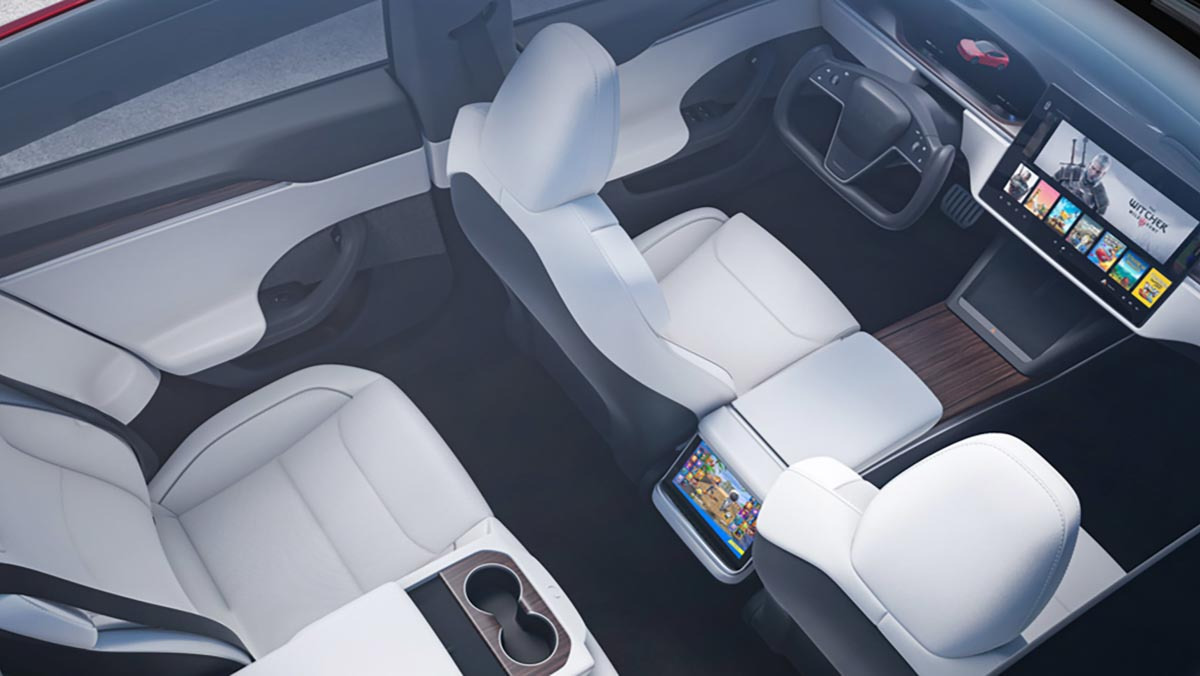 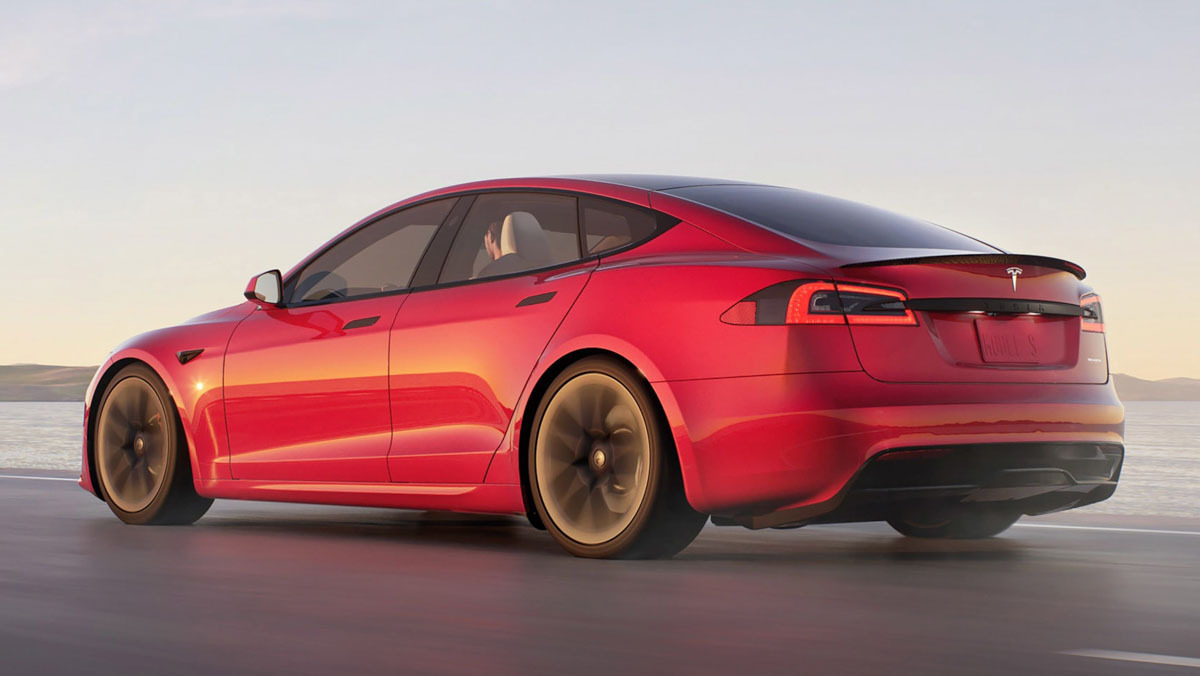 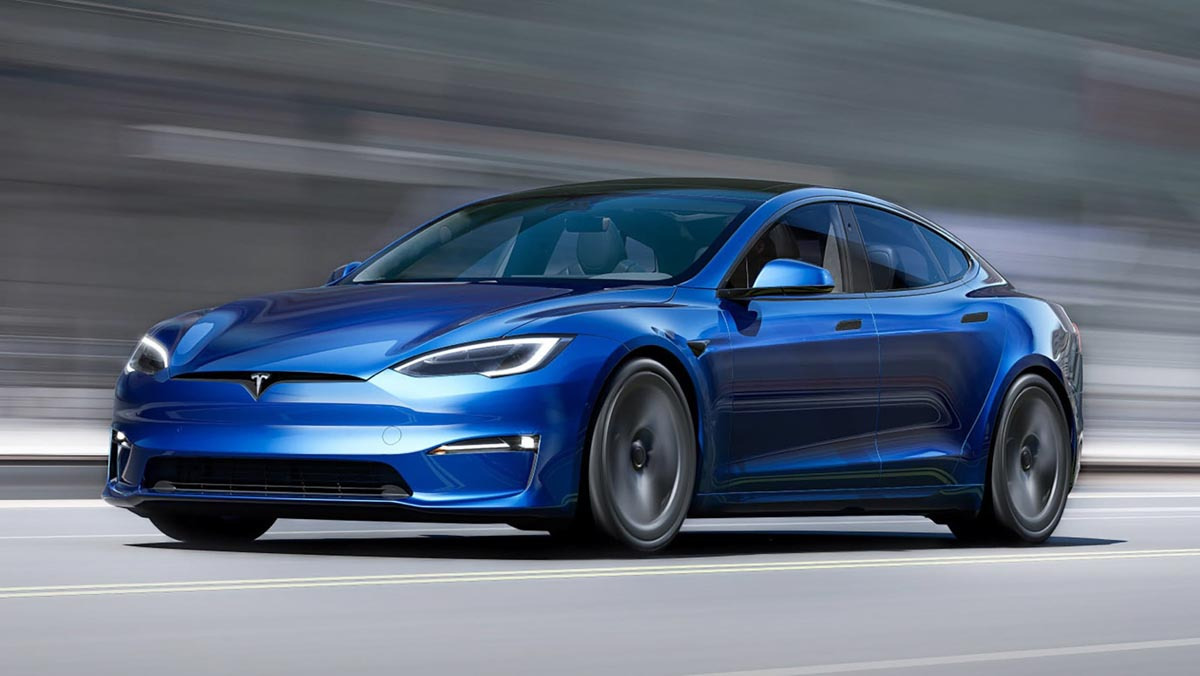 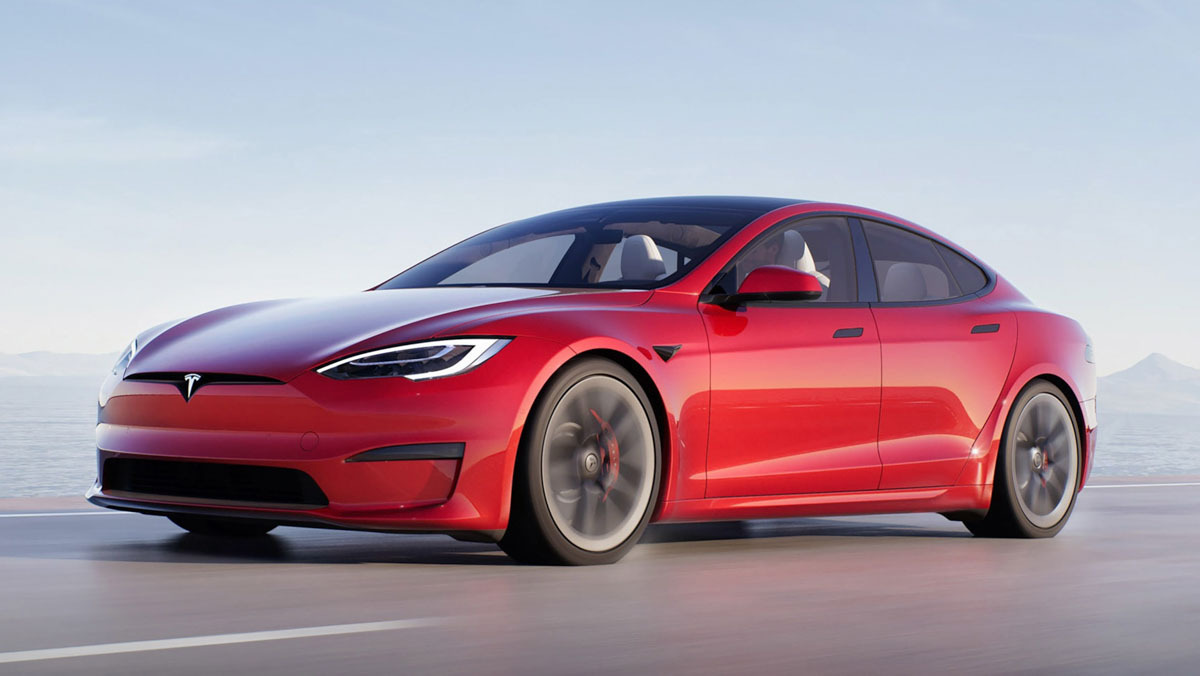 Following its latest earnings report, Tesla revealed its facelifted Model S complete with a brand new interior and minor tweaks to the exterior design. Prices now start at $115,000 for the entry-level Long Range, climbing to $179,209 for the triple-motor Plaid+.

Aside from its first major facelift back in 2016, the design of the Tesla Model S hasn’t changed an awful lot since its 2012 launch. The recent update appears to follow this theme at first glance, with only new wheels and minor changes to the front and rear bumpers setting it apart from the previous car on the outside.

The cabin is where the firm has focussed its efforts though, with that large portrait touchscreen now swapped for a more refined, tilting, 17-inch landscape unit similar to the one found in the Model 3. Unlike its smaller sibling, the Model S now features two additional displays, one behind the steering wheel for the driver and another 8-inch unit for rear seat entertainment.

The range now starts at the $115,000 Long Range, with an ‘estimated’ range of 663 kilometers, a very spritely 3.1sec 0-100kph time and a 250kph top speed. Its closest rival is the near identically priced Porsche Taycan 4S, a model with over 160 kilometers less claimed range and a 4sec 0-100kph time.

The long-awaited Plaid is the next model along, featuring a triple-motor setup for a 1006bhp output, a claimed 1.99sec 0-100kph time and a 322kph top speed – prices start at $151,845. For a $27,000 premium there’s the Model S Plaid+, boasting in excess of 1084bhp for a claimed sub-1.99sec 0-100kph time and an astonishing 0.4-kilometer time of under 9sec, figures that would eclipse every other production car made to date. Likely through the use of a large battery, range on the Plaid+ is also estimated to come in at over 837 miles, significantly more than the 390 of the ordinary Plaid.

Despite the differences in price and performance, all three models feature identical exterior designs, with the only distinguishing feature being red brake callipers on Plaid models. Two wheel options (19 and 20-inch), five colours and three interior trims are available for all, only with the Plaid models swapping wood interior trim for carbon fibre. Though bolstering doesn’t appear to have received an upgrade, Plaid models do come with perforated seats, presumably for an increase in grip to hold occupants in place.

Tesla claims that the new Model S boasts processing power equivalent to that of the latest gaming consoles, allowing occupants to stay entertained during charging time by playing some of the latest AAA games. It’s also likely that this processing power will be utilised for more advanced versions of Tesla’s ‘autopilot’ autonomous driving tech in the coming years.

A number of new features have also been added to help the Model S match its luxury saloon rivals from Europe. Ambient lighting now comes as standard, with heated and ventilated seats, dual-phone wireless charging, a 960 watt, 22-speaker sound system and more all part of the package. Something not to be ignored is that controversial yoke-style steering wheel, a feature likely to be impractical for road use and one that you can’t opt out of at the time of writing…

Though available to purchase after the fact at a premium, the questionably-named ‘Full Self-Driving Capability’ can be optioned at $9300 for all models. US examples are set to hit the road in March 2021.