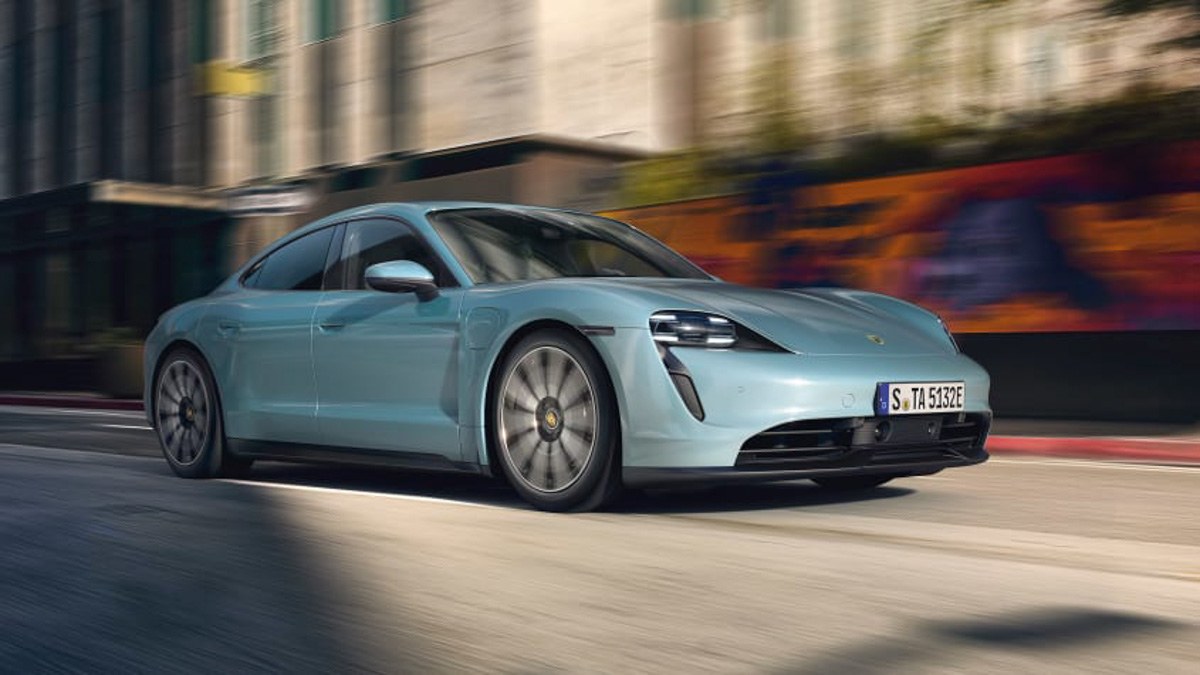 Just over a month after the reveal of the range-topping Turbo and Turbo S variants, Porsche has unveiled the Taycan 4S. Designed to sit in the middle of the range, below the Turbos and above upcoming, lesser variants, it boasts an impressive balance of performance and value.

As the name suggests, the 4S puts power to all four wheels, as do both the Taycan Turbo and Turbo S, just with marginally smaller permanently excited synchronous electric motors – one each on the front and rear axles. Also carried across is the two-speed gearbox at the rear for improved acceleration.

Overboost power still comes in at a respectable 522bhp, or 563bhp with the optional Performance Battery Plus option. This is around 100bhp less than the Turbo, and while the 4S can’t match the 2.8sec 0-100kph time of the Turbo S, it can still cover that benchmark in 4sec, with top speed at 250kph.

Thanks to the laws of physics, less demand from the motors makes for better range, giving the Performance Battery Plus-equipped 4S 462 kilometres of range (405 kilometres with the standard battery), the most of any current Taycan. For comparison, the range-topping Turbo S claims up to 412 kilometres of range on the WLTP cycle.

Separating the 4S from its Turbo counterparts are a few subtle design tweaks, ranging from new 19-inch Turbo S Aero wheels, red brake calipers, marginally less aggressive front and rear bumper designs and slightly raised suspension. Six-piston caliper brakes with 360mm discs are fitted at the front, with four-piston, 358mm units at the rear. Porsche’s 4D Chassis Control can also be found, alongside the same three-chamber adaptive air suspension as on the Turbo and Turbo S.

Being a 4S, there’s plenty of kit as standard, including the Porsche Dynamic Light System Plus LED headlights, the 10.9-inch wraparound cockpit, a partial leather interior and much more. A leather-free interior can be had at extra cost, as can the passenger display seen in the Turbo.

Perhaps the biggest draw of the Taycan 4S will be its price. Starting from $105,440, it seems no less than a bargain when stacked up against the Turbo and Turbo S, with $41,093 sitting between it and the Turbo, and a staggering $70,143 with the Turbo S. Order books open today, and first deliveries are expected in January 2020.