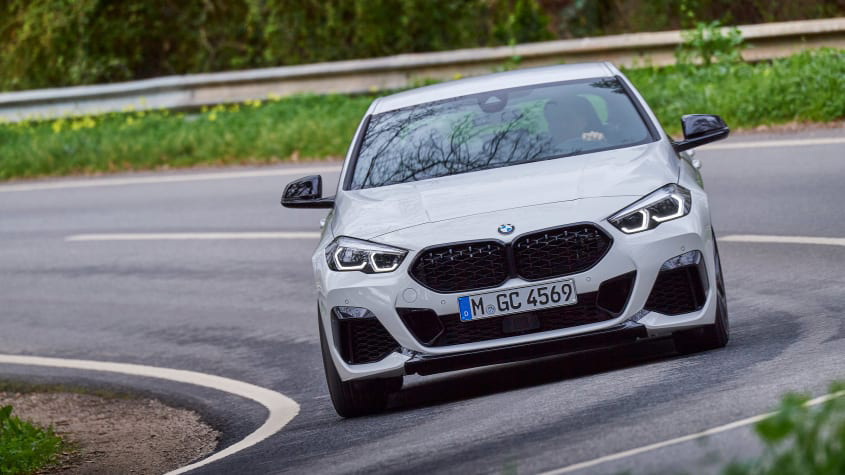 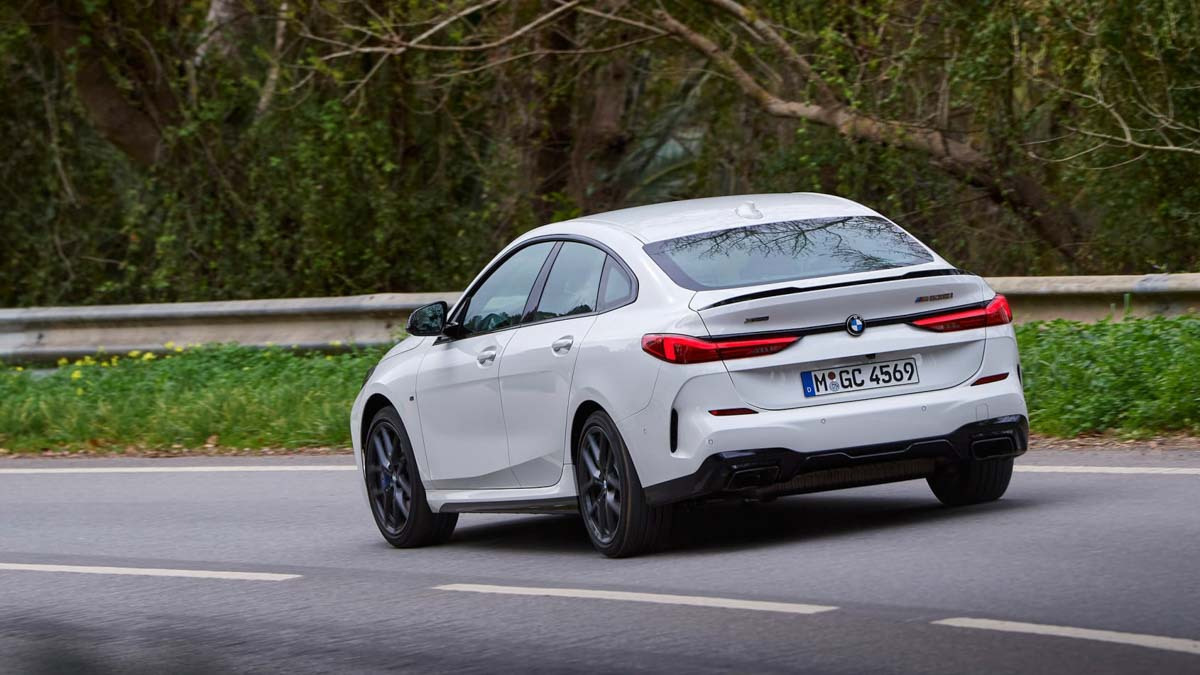 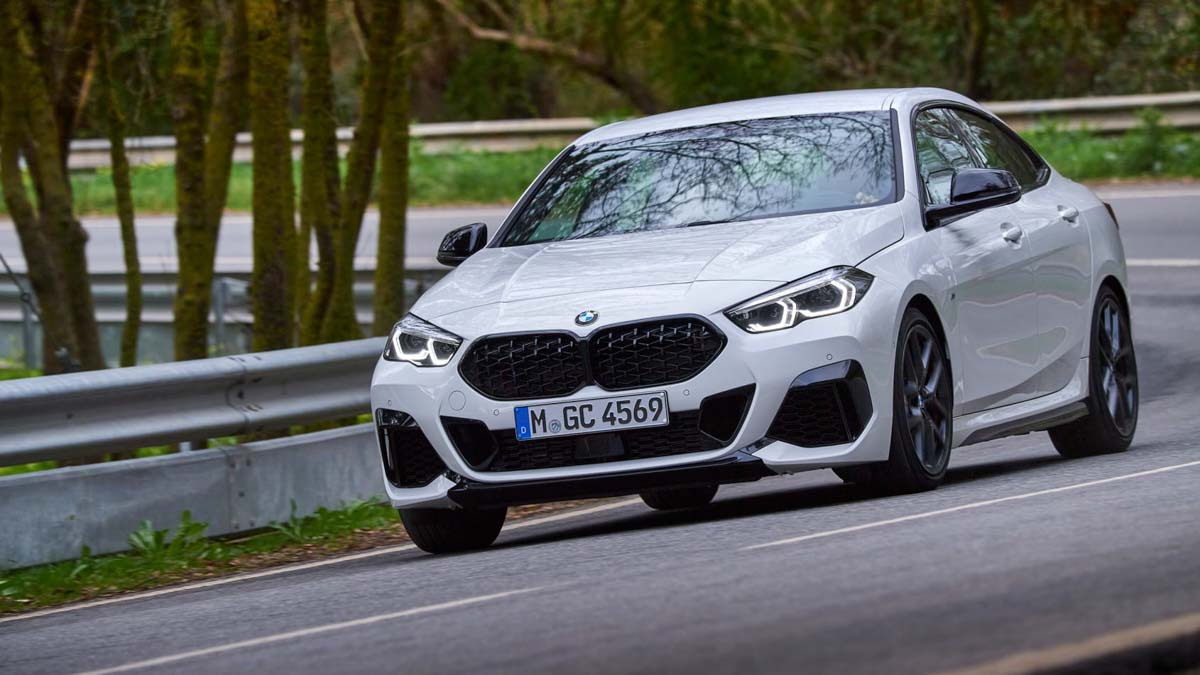 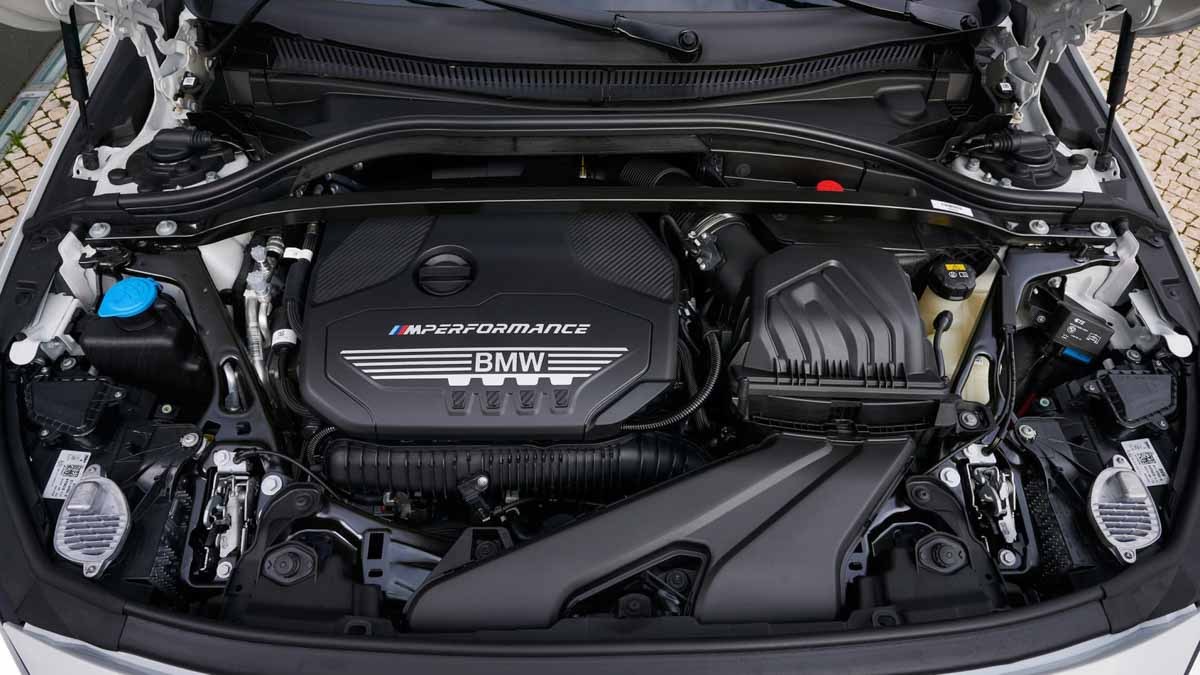 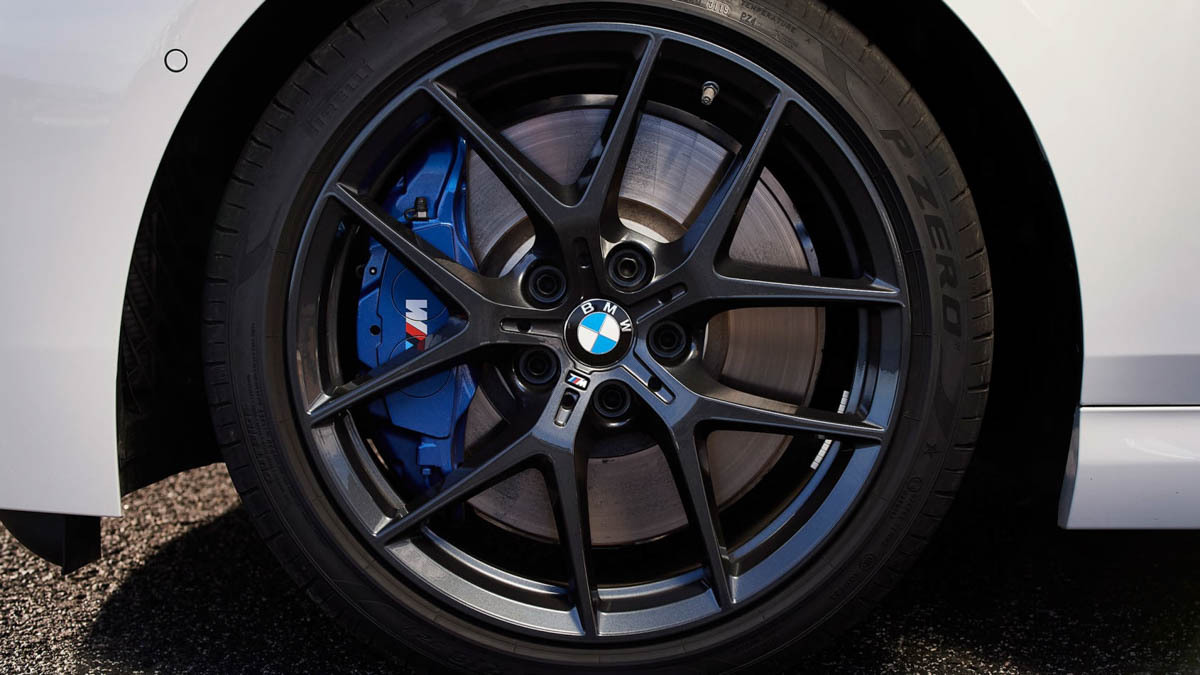 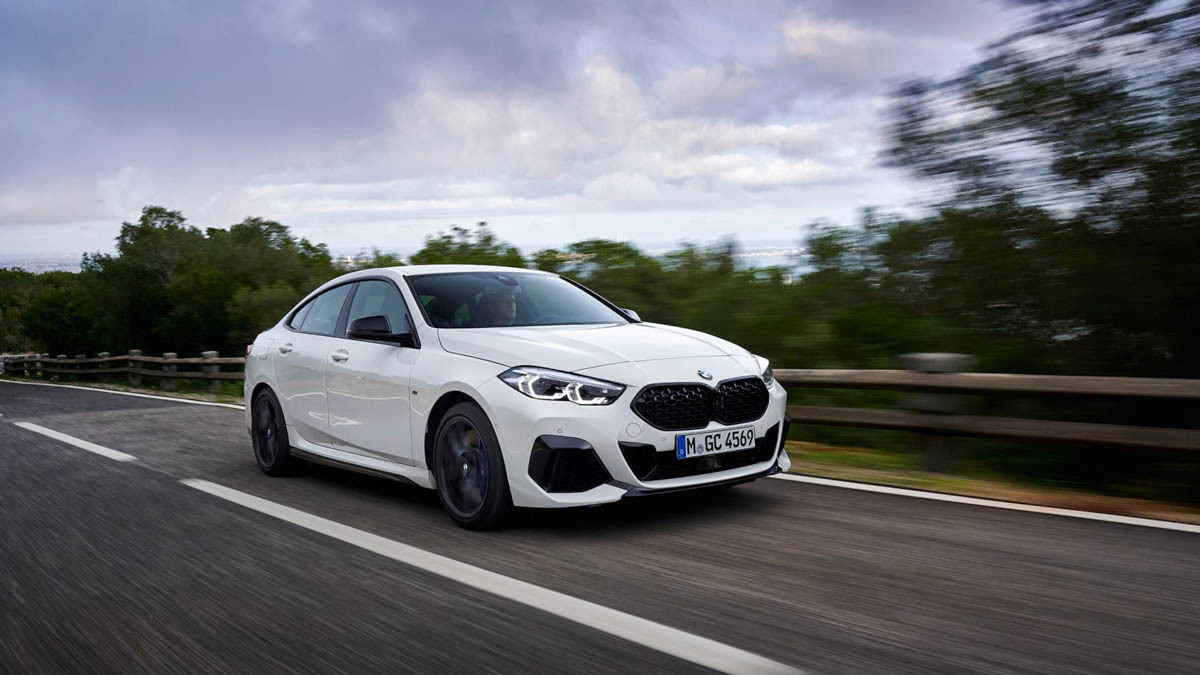 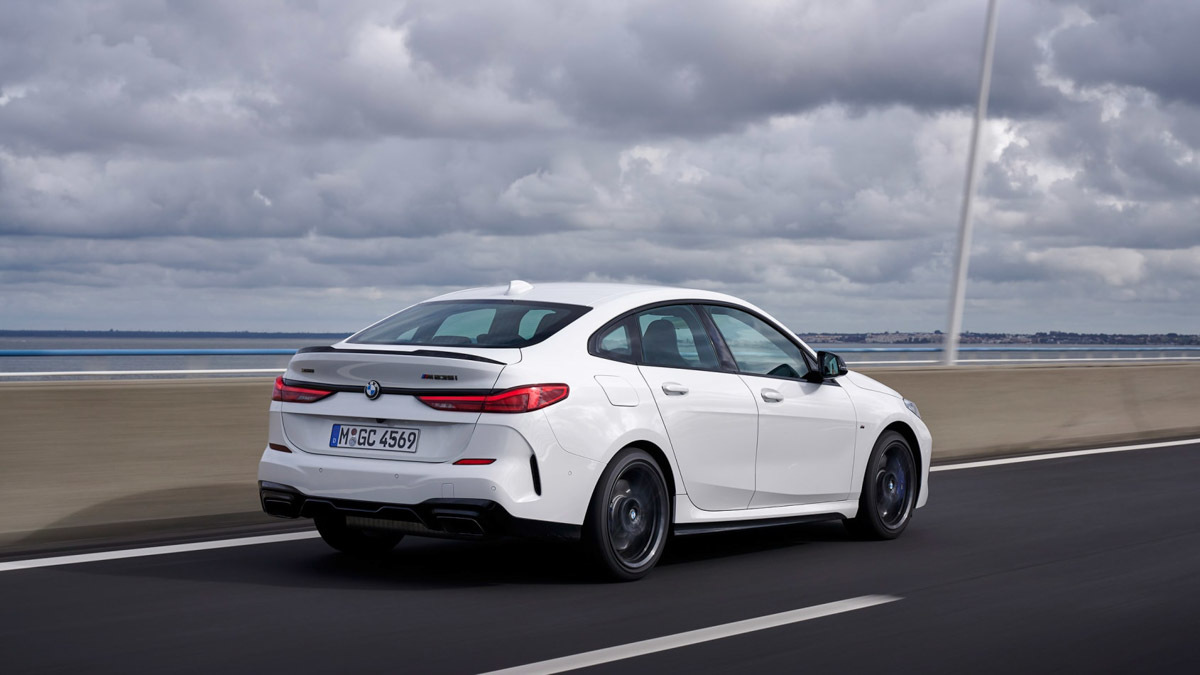 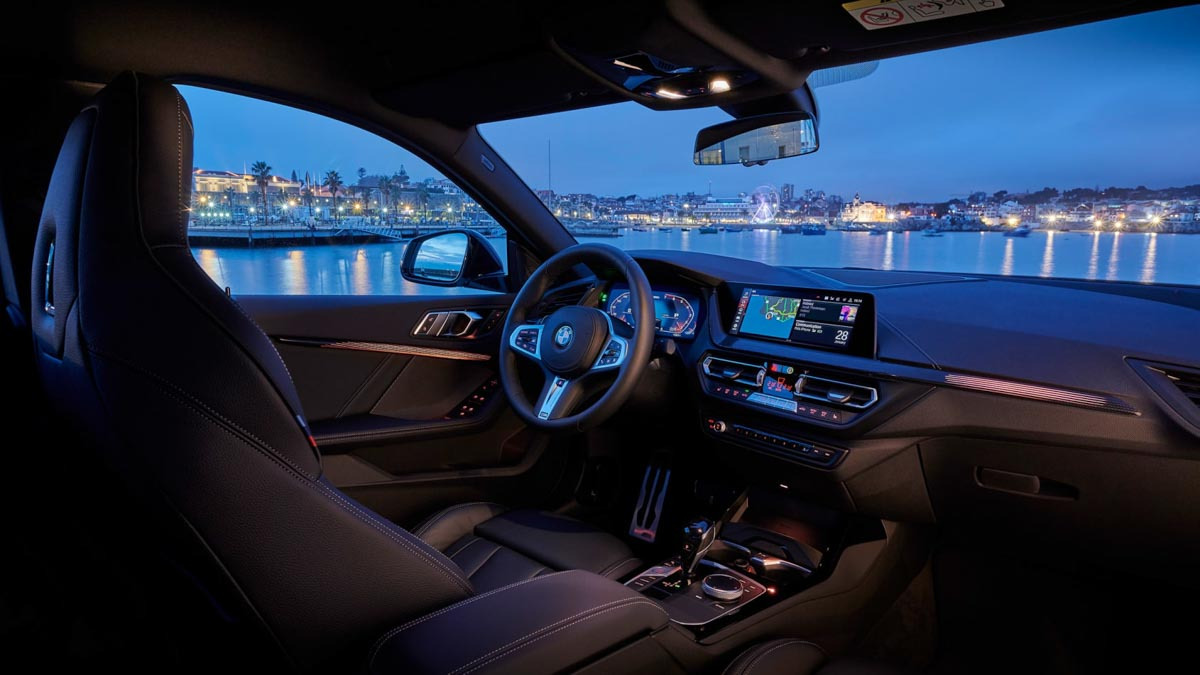 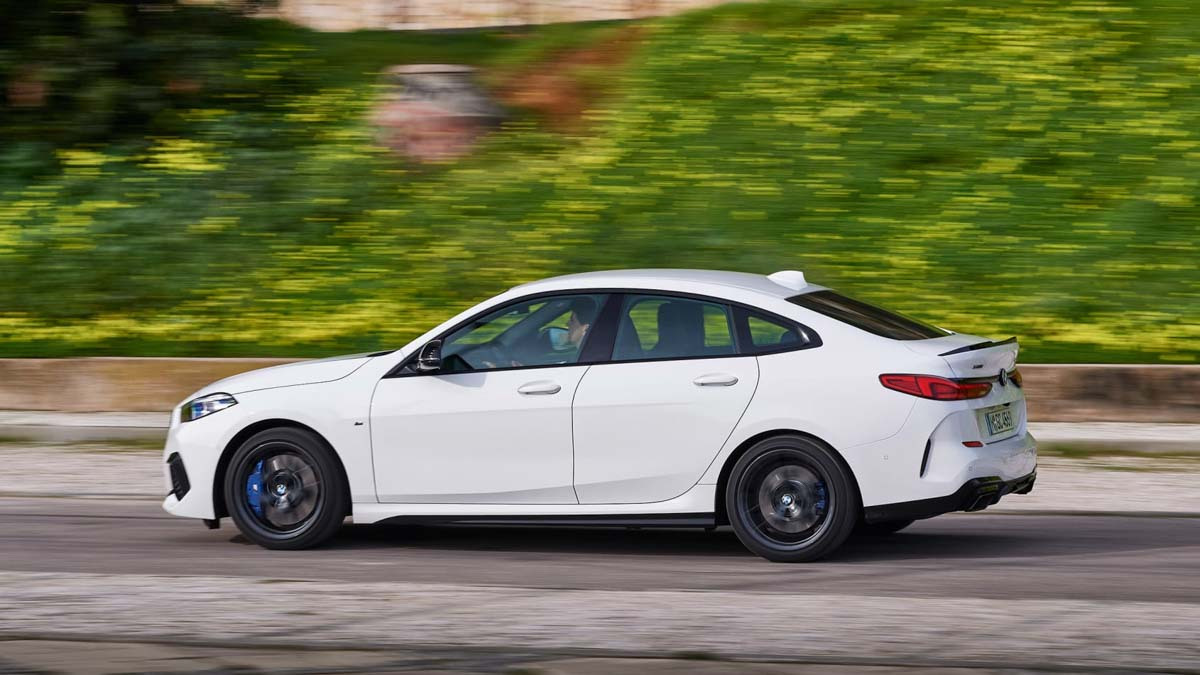 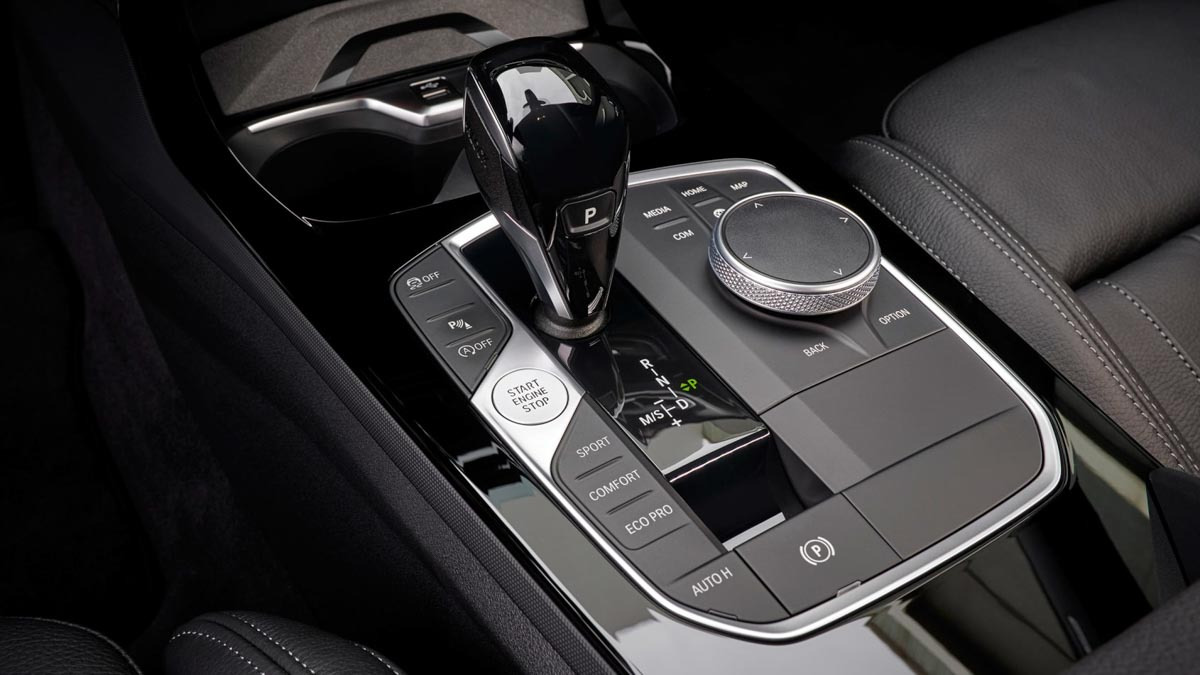 The BMW M235i xDrive Gran Coupe. Sounds like quite a title. Sounds like it could/should be quite some car, especially given that it has a 302bhp engine, four-wheel drive and all sorts of other clever stuff inside to help justify its 37 grand price tag.

So then: is the M235i the business, and does it deliver on that latent potential?

Essentially the M235i xDrive Gran Coupe is an M135i xDrive but with a touch more architecture at the back, a bigger boot, slightly more rear leg room and a slightly stiffer bodyshell – but also with a slightly softer chassis to go with it. Which means you get the same potent but oddly characterless 2-litre, four cylinder turbo petrol engine from the 135i, and the same part-time four-wheel-drive chassis but with marginally softer suspension settings and, says BMW, a slightly more grown-up dynamic personality as a result. So think of the M235i as a more adult M135i – but with suspiciously weird styling to match.

The M235i’s engine is a hard thing to describe subjectively, so let’s talk about its objective values instead. It’s an in-line four-cylinder unit of 1998cc that features variable valve timing, high-precision fuel injection (as if rival engines might feature poor-precision fuel injection instead?), TwinPower turbo technology – but that’s still one turbo, not two, just to be clear – and double VANOS variable cam timing.

In reality, though, it ain’t no E30 M3 engine, even if its outputs might suggest otherwise. And for the time being maybe we should leave it at that.

The M235i’s gearbox is the same eight-speed ZF auto with paddles that appears in all sorts of other BMWs, and in this case it works a treat. BMW, it seems, always appears to get the best out of its relationship with ZF.

To hit 100kph from zero the M235i takes 4.9sec, thanks in part to its all-wheel-drive traction, while the top speed is limited to 250kph.

Good in many respects, excellent in some, but – overall – pretty disappointing for a car that has an M badge at the beginning of its name. Fair enough, the M235i isn’t a full-blown M-car, and the M2 will continue to exist with a turbocharged six-cylinder engine, says BMW. But quite where that leaves the M235i xDrive GC in the meantime is harder to fathom. Somewhere along the path of the increasingly popular ‘dual income, no kids yet’ one must imagine – because that’s who BMW says this car is squarely aimed at.

Thing is, remove the M from the beginning of the name and it would be much easier to like the way the 235i drives. It steers well, the 4WD chassis is nicely composed, even if it does have a tendency to understeer on throttle (oddly), and the brakes, steering, ride, turn-in etc., are all absolutely just fine. More than fine in many respects. But nothing about the way the 235i goes down the road deserves to have an M badge attached to it. As a result it feels like a car that’s trying to be something it isn’t.

At 37 and a bit grand the M235i GC has various rivals to compete with, the most obvious of which by far is the Mercedes-AMG CLA. And to be blunt, the AMG thumps the BMW subjectively, even if on paper they are almost indistinguishably close.

Truth is, this is not BMW’s greatest car, not by a long chalk. But unfortunately this is what happens when the marketing folks get first call over the engineers. Which appears to be what’s happening at BMW right now. Then again, it’s never too late to say never again. 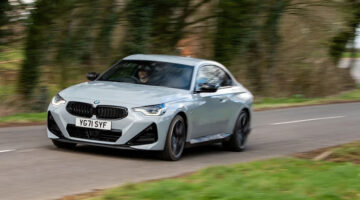 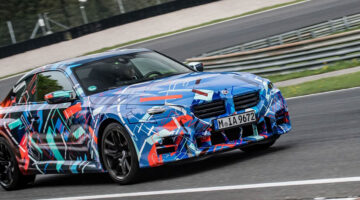