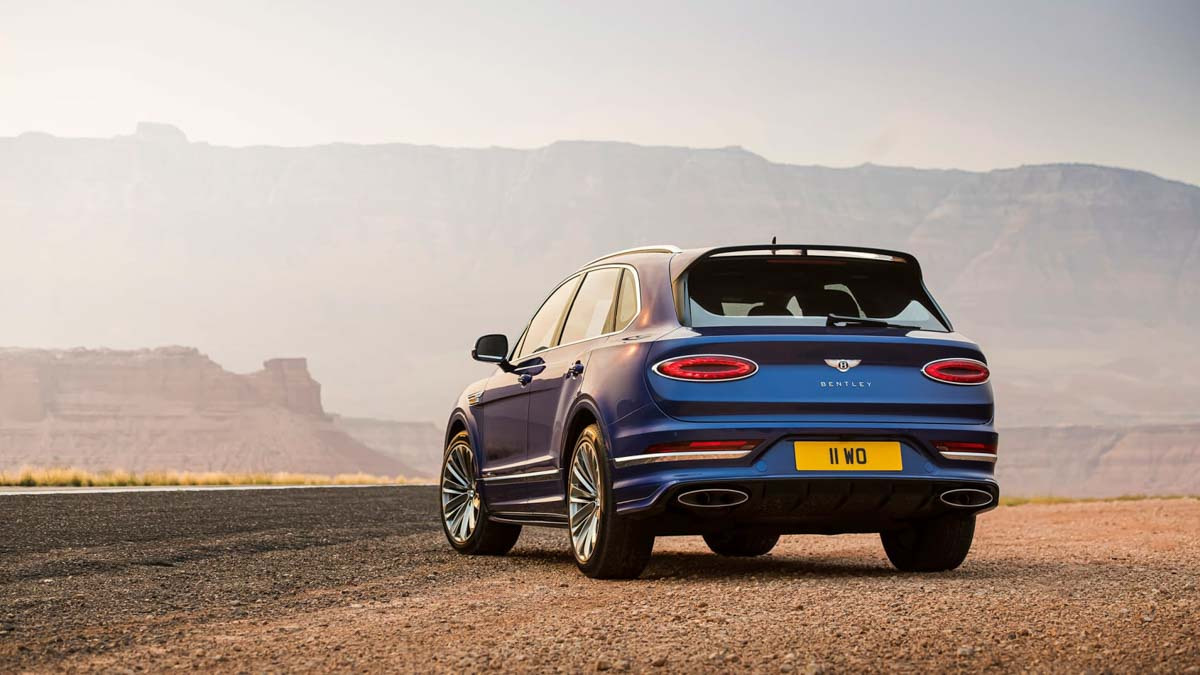 We’ve already driven Bentley’s new facelifted Bentayga in V8 guide but for those who don’t believe in a less-is-more mentality it has now been joined by the new flagship, the Speed. This new addition to the line up marks the return of the only twelve cylinder SUV on sale right now, if you believe Rolls Royce’s assertion the Cullinan is not an SUV.

Mechanically very little has changed from what went before, which means behind the Bentayga Speed’s new face is the same 626bhp version of Bentley’s twin-turbo W12 petrol engine, paired with an eight-speed automatic transmission and all-wheel drive. Just as important as power is the Bentayga Speed’s torque figure, which at 664lb ft is spread between 1500rpm and 5000rpm. As such, the Bentayga Speed lives up to its nomenclature, reaching 100kph in 3.9sec, and going on to a 305kph top speed – impressive figures considering its 2.5-tonne weight figure.

The rest of the chassis is otherwise unchanged compared to the previous Speed, but it does pick up all the same styling and technology upgrades seen on the V8 model. This includes all new bodywork from the a-pillar forward and c-pillar back, including a new larger front grille and rear roof spoiler. Standard on the Speed is the Mulliner design pack, comprising front, side and rear skirts, a taller rear wing and unique badging.

Also unique to the Speed are vast oval-shaped exhaust outlets that both mimic other W12 models in the Bentley range as do the new LED rear lights. The interior has also been updated in line with the V8 to the latest design, with a redesigned dash, steering wheel, instrument cluster integrated with a new technology adapted from other VW Group products, with software borrowed from the Continental and Flying Spur.

Finalised local pricing has not been confirmed so far, but we expect a subtle rise on the previous Speed’s $240,000 starting price. As with most cars at this price point, personalisation is just as important as a settled ride quality, so expect to be able to inflate that price point well beyond $260k when you’ve gotten creative with your colour matching.