Jaguar’s most iconic model will celebrate its 60th anniversary in 2021, but Jaguar Classic’s is starting the party early 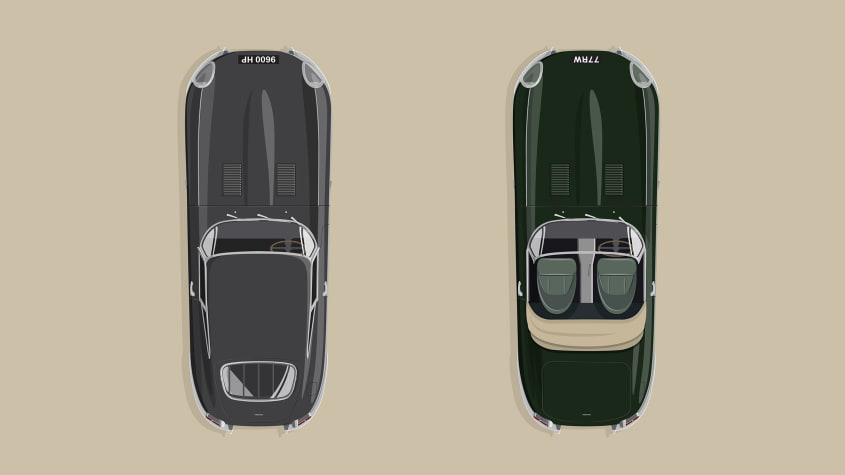 Jaguar’s iconic E-type will celebrate its 60th anniversary in 2021 and to commemorate the milestone Jaguar Classic, the division responsible for both the careful restoration of authentic originals and the prized period reproductions, has revealed plans to offer collectors one of six pairs of restored E-types inspired by two specific examples with quite the back story.

‘9600HP’ and ‘77RW’ were the two E-types that shocked the motoring world in March 1961 when they appeared in public for the first time at the Geneva motor show. The original Series One coupe, dubbed ‘9600HP’, was an Opalscent gunmetal grey pre-production model that was driven in timely fashion between Jaguar’s Coventry base in the UK to the Swiss capital. Driven by then Jaguar PR manager Bob Berry, he completed the 1175-kilometre drive through the night to arrive in Geneva with just hours to spare before guests were due to have their first test drives.

This original coupe was so well received that the order was given for a second model, this time a roadster in British Racing Green wearing the number plate ‘77 RW’, to join them from the factory – a journey that also required a brisk overnight drive to the venue in Switzerland.

Both of these examples went on to be the much-publicised media driven examples, the coupe also being responsible for substantiating the E-types famous 241kph top speed.

It’s this iconic pairing that Jaguar Classic is planning to recreate to celebrate the model’s 60th, although this time without the last minute cross-continental run-in. The pair will be accurate restorations of existing E-type models, rather than reproductions, and be finished with a number of specific commemorative details from current Jaguar design director Julian Thompson and his team.

Other specifics about the project have yet to be confirmed, with pricing and timing still to be announced. They will, however, only be available to buy in pairs, of which six will be offered to buyers.