One of the fastest four-door saloons is back, this time with a 333kph top speed 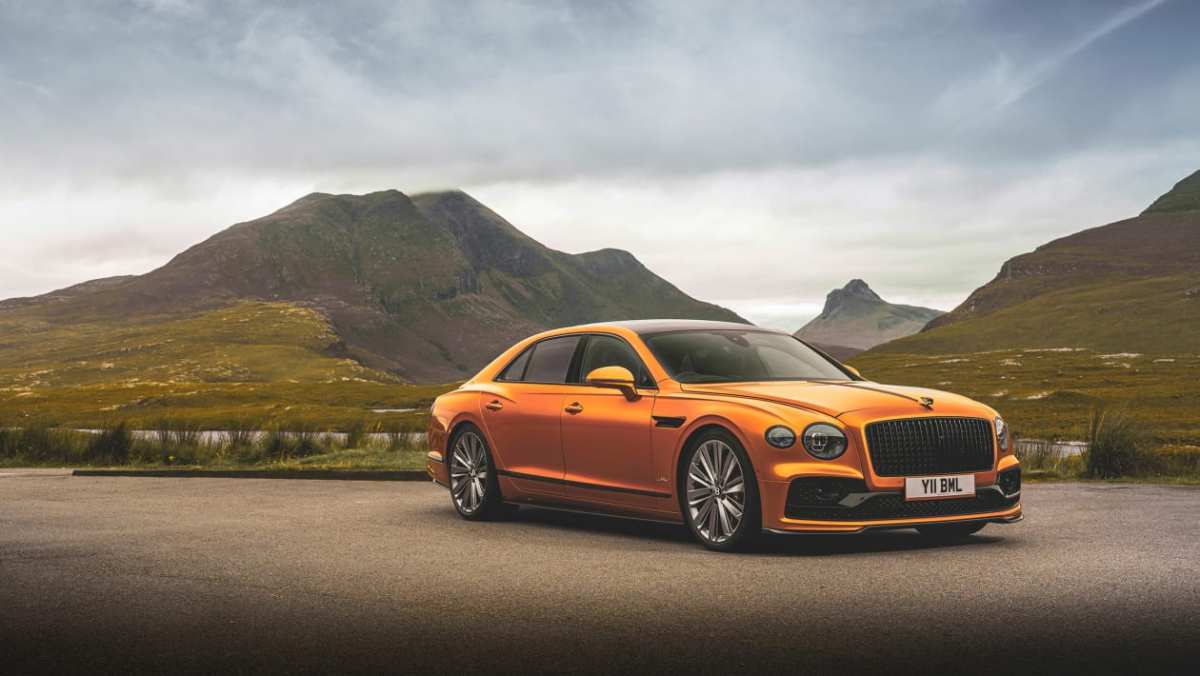 Bentley has revealed a reborn Speed derivative of its svelte Flying Spur saloon. It follows a convention set by the Continental GT Speed, combining the most potent version of the W12 engine in Bentley’s arsenal with additional chassis hardware featuring a bespoke setup. The Speed is available to order now, but you’d better be fast saving those pennies, as Bentley has confirmed that it will be one of its last models to feature the venerable W12 engine.

The twin-turbocharged 6-litre W12 powertrain is identical to the one found in a Continental GT Speed, available only in this Speed and the even more sumptuous Mulliner specification car. Here, it produces a peak of 626bhp, supported by a huge 664lb ft of torque. Power is sent to all four wheels via an eight-speed dual-clutch transmission, a combination that stirs the huge four-door to 100kph in 3.8sec and onto that headline top speed of 333kph.

Being derived from the latest generation of Continental/Flying Spur architecture, the Speed’s all-wheel drive system is rear-biased, and varies its torque split depending on the selected driver mode. In Sport the system will only send a maximum of 206lb ft, or less than a third of its total torque output, to the front wheels.

Unlike the Continental GT, the Flying Spur has not picked up an electronically-controlled limited-slip differential on the rear axle, instead it makes do with a brake-steer system that will clip the inside wheel to reduce understeer.

It does have a rear-wheel-steering system, and a 48V-powered active anti-roll system that helps manage the Speed’s weight laterally by actively adjusting the stiffness of the anti-roll bars. Like all Flying Spurs, the suspension is a triple-chamber air-spring system with adaptive dampers and an adjustable ride height.

The braking package utilises 420mm front iron discs as standard (equal with the Continental GT Speed in being the largest production car non-ceramic discs in the world), although a carbon ceramic option is also available on the options list.

The Speed doesn’t feature much in the way of bespoke styling elements, save for some dark-finish vertical slats within the radiator grille and the 22-inch ‘Speed’ wheels also found on the coupe.

Of course, being a Bentley there are endless personalisation options, so if all the chromework on the body and glasshouse is a little much it can be swapped out for gloss black replacements. There’s also a carbonfibre styling pack and bespoke Speed colour split for the interior on the options list, the latter including a much more vibrant selection of colour options.

The Flying Spur Speed will probably be priced at around $250,000 judging by the price of the Continental GT Speed.