The competition is hot in the limo market, with BMW’s striking new 7 series debuting in PHEV and EV forms 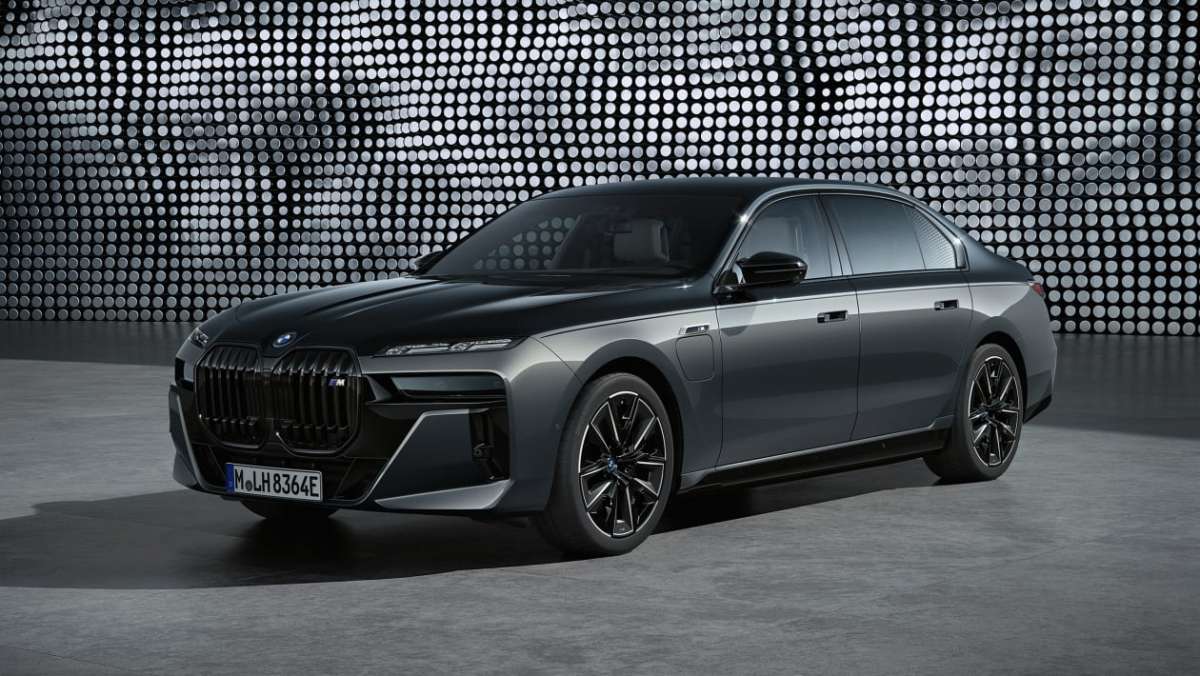 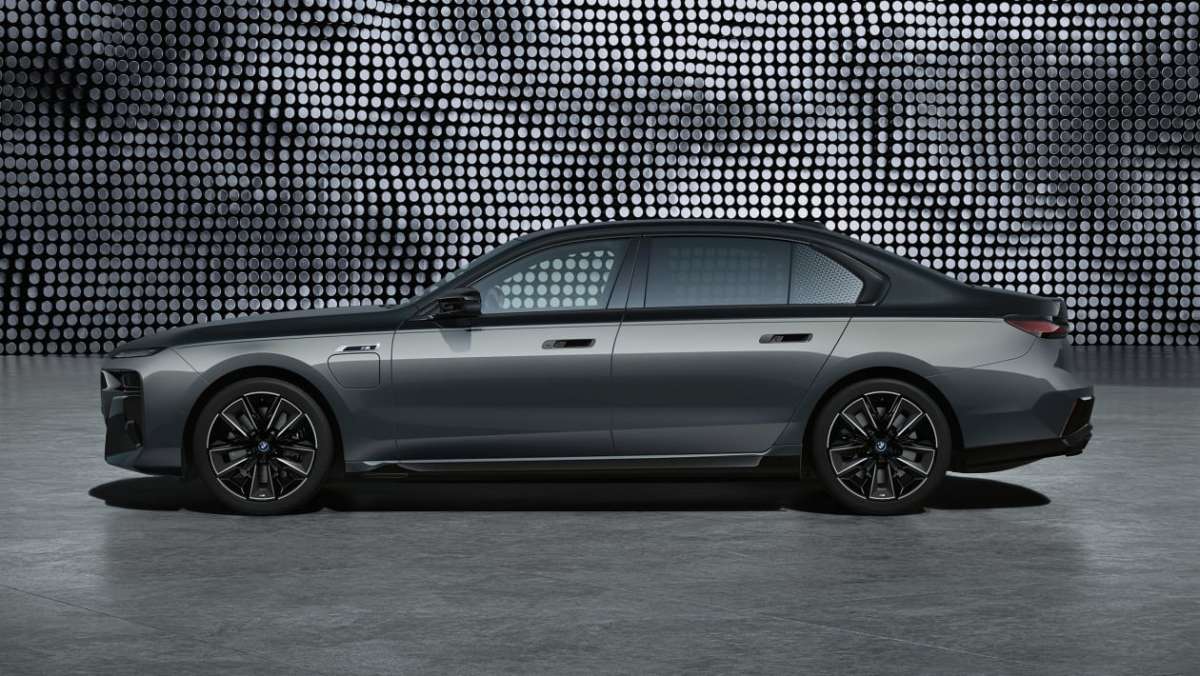 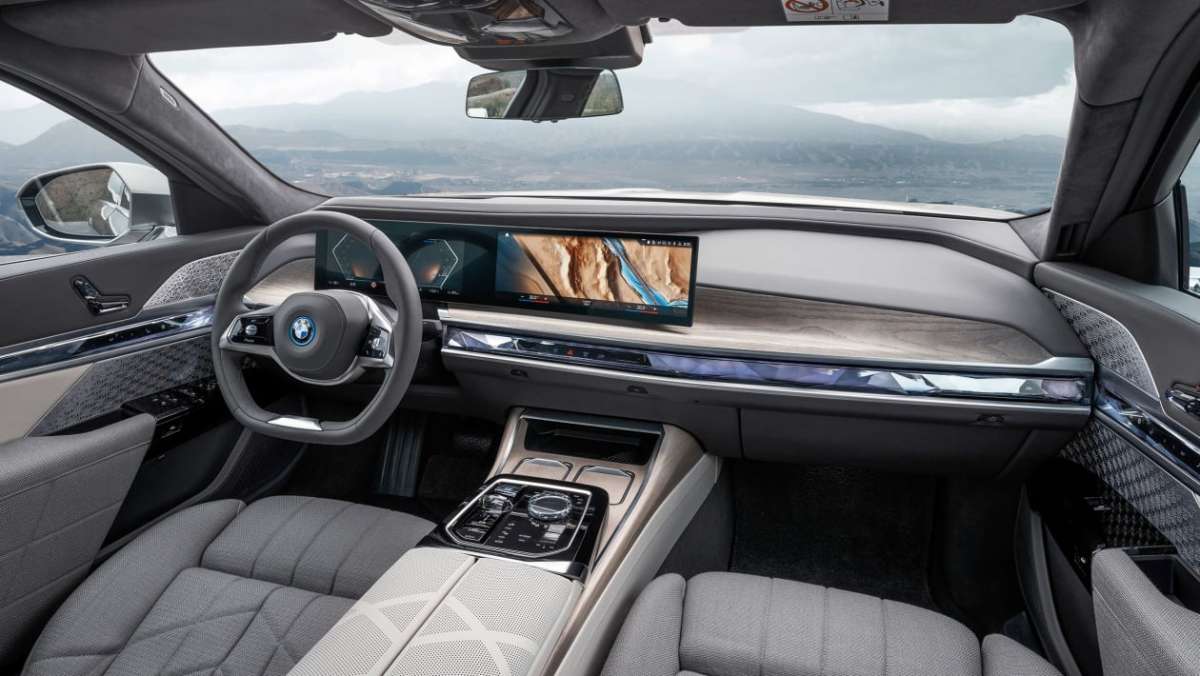 The new BMW 7 series is here, joined for the first time by an i7 electric version. As usual when BMW refreshes its flagship, it offers more than a few clues as to the future technological and aesthetic direction of the whole brand.

The question of how to bridge the gap between traditional model lines and the electric cars that brands must produce to remain relevant is one of the most fascinating problems facing the industry right now. Some, like Mercedes-Benz, have hedged their bets by completely separating product lines, creating equivalents such as the S-class and the wholly unrelated EQS, but others have made the choice to combine development, like BMW with the latest 7 series. Split into two model lines, but sharing mostly the same underlying structure, the new 7 series and i7 are identical in nearly every respect except their method of propulsion – although we’d challenge you to call the new 7 risk averse.

That’s because BMW has gone all-out with the new model. While it may have a traditional three-box, cab-rear silhouette, its design, technology and interfaces represent a huge leap for both BMW and mainstream car design; here’s why.

First things first, the new 7 series might be all-new, but it’s familiar from a technical standpoint. It uses a mixed-metal construction that’s semi-modular in that it can support either an internal combustion powertrain or an all-electric one. The key differences between the two are based around how the battery packages are stored, with the floor developed to fit the i7’s 101.7kWh (usable) battery pack in various modules throughout. As a standard 7 series, this underlying chassis isn’t fundamentally different, but rather than its BEV powertrain utilises a traditional inline-six turbo petrol paired to an additional electric motor and smaller battery pack.

The range will be initially split between three models – the all-electric i7 will be introduced first, joined by the two six-cylinder PHEV models later in 2023: a base 750e and M760e. The i7 will utilise a pair of electric motors, one on each axle, that produce a peak power of 536bhp and 549lb ft of torque. These figures are roughly equivalent to the rival Mercedes EQS580, as is performance of 0-100kph in 4.7sec, although the 590 to 625-kilometer WLTP range is below the Merc’s peak mild-weather rating of up to 692 kilometers. This range discrepancy is partly explained by the BMW’s smaller battery pack, but also its efficiency rating which is around five percent below that of the Mercedes.

BMW has confirmed it will introduce a further high performance i7 M70, with a combined output of up to 650bhp due to rival the AMG EQS53, but for now the 60 model will do the talking. Weights are big, with the i7 tipping the scales at an astonishing 2715kg (EU), a 130kg rise on the EQS.

As for the plug-in hybrid models, BMW has announced that both will share the combination of BMW’s new generation turbocharged in-line six-cylinder petrol engine, an electric motor and a 18.7kWh battery pack. The entry-level 750e will produce a combined 483bhp and 516lb ft, but the M760e will for now be the flagship with peak figures of 563bhp and 590lb ft of torque. Both 7 series models are all-wheel drive, like the i7, and share a ZF-sourced eight-speed automatic transmission. Performance times for the PHEV models are yet to be confirmed, but the electric range for each will be around 80 kilometers – about 16 kilometers shy of the Merc’s plug-in S-class models.

The rest of the chassis is otherwise fairly standard for a large saloon like this. Suspension all-round is two-chamber air paired to adaptive dampers, and the hardware is typical BMW, double-wishbones up front with a five-link rear end. BMW has bulked up the track widths by 47mm up front and 4mm at the back, but then the new 7 is bigger all-round – coming in 130mm longer than the previous LWB model at 5391mm, 48mm wider at 1950mm and 51mm taller too. Unlike before, there’s only a single long wheelbase variant available. To help disguise some of the new car’s bulk are rear-wheel steering and active anti-roll stabilisation.

Whereas the technical package doesn’t really diverge from that of the previous model (i7 version aside), the new 7 series’ design is rather more radical both inside and out, making a big statement. Outside, the three-box silhouette is pared with some bold new graphics, sharing the new X7’s split-headlight arrangement as well as the huge grille. In fact, the new 7’s kidneys are bigger than ever, but are integrated into the overall design with more synergy than before. Design highlights include the crystal-like upper headlights and a glowing graphic around the grilles. These are paired with a clean, sophisticated body that references past 7 series models with their strong, crisp beltline.

M Sport and M Performance models take a different approach, with a dual-colour front end that attempts to hide the main headlight units and create more dramatic graphics. It’s certainly a more aggressive design, the use of darker materials and far less chrome creates a distinctive look that will certainly turn heads on the road. BMW will also introduce a range of new colour and trim options for both EV and IC variants, with dual-colour options available for the first time alongside the brand’s extended range of Individual colours.

Yet it’s inside that the real progression has been made. The 7 series doesn’t have the design clarity of the iX SUV, but this traditional saloon has to balance a clean contemporary aesthetic with the more opulent interiors we expect in this market segment and it’s a balance BMW has struck with real finesse. The main curved twin-display is shared with the iX and i4, but the dashboard it’s integrated into is far more interesting, with an ambitious mix of materials and design that combine timber and leather with eclectic glass finishes and bold lighting.

Key to this is the glass bar that spans the dashboard and front doors. This is largely for show (there are some controls within it), acting as a soft light source which is animated depending on the driving mode or driver’s preference. Look more closely and you’ll notice lots of other touches, such as the totally hidden air vents (typically a source of dust and grime to accumulate) and the fact that the driver information screens only just floats atop the dashboard, leaving a gap to the material below that can be specified in a range of timber, metal or composite finishes.

For those less interested in driving, the rear compartment is able to be specified with a 37-inch screen that can drop down from the ceiling, while reclining rear chairs, a 36-speaker sound system and a full-glass roof (which can be specified with that giant folding screen, paradoxically) make things just as much fun in the second row.

The new 7 series lives up to BMW’s new-found bravado, not holding back in terms of development or design. It might not be to all tastes, but as an expression of intent this might just be the most ambitious 7 series yet. Prices for the new i7 will start from $140,310 in the region, with specs for the PHEV 7 series models due to be confirmed closer to their 2023 launch.