A 668bhp supercharged V8 with a manual transmission is a winning formula, but we find out if the CT5-V Blackwing can match its long-standing rival from Munich 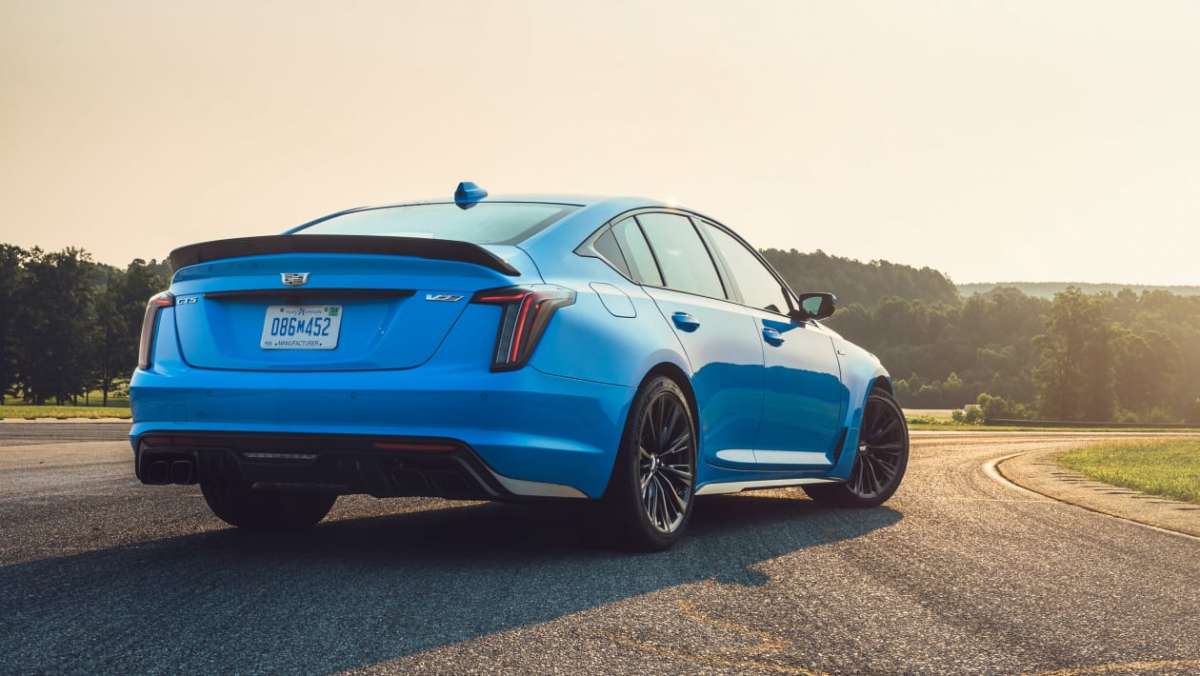 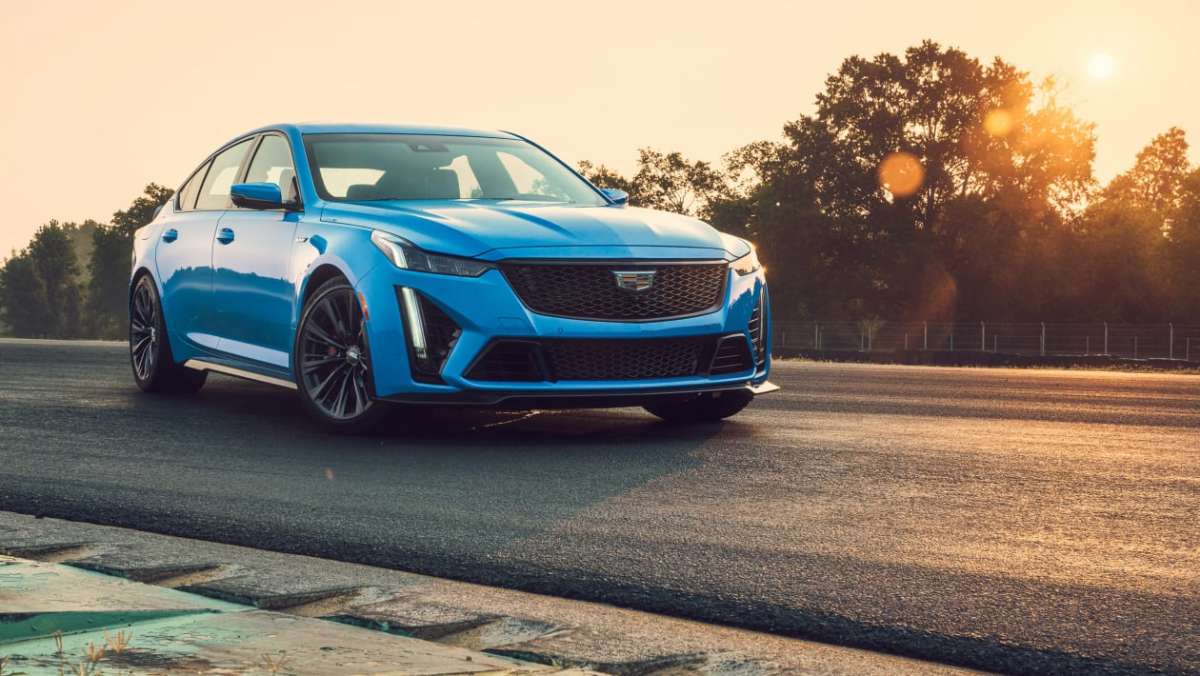 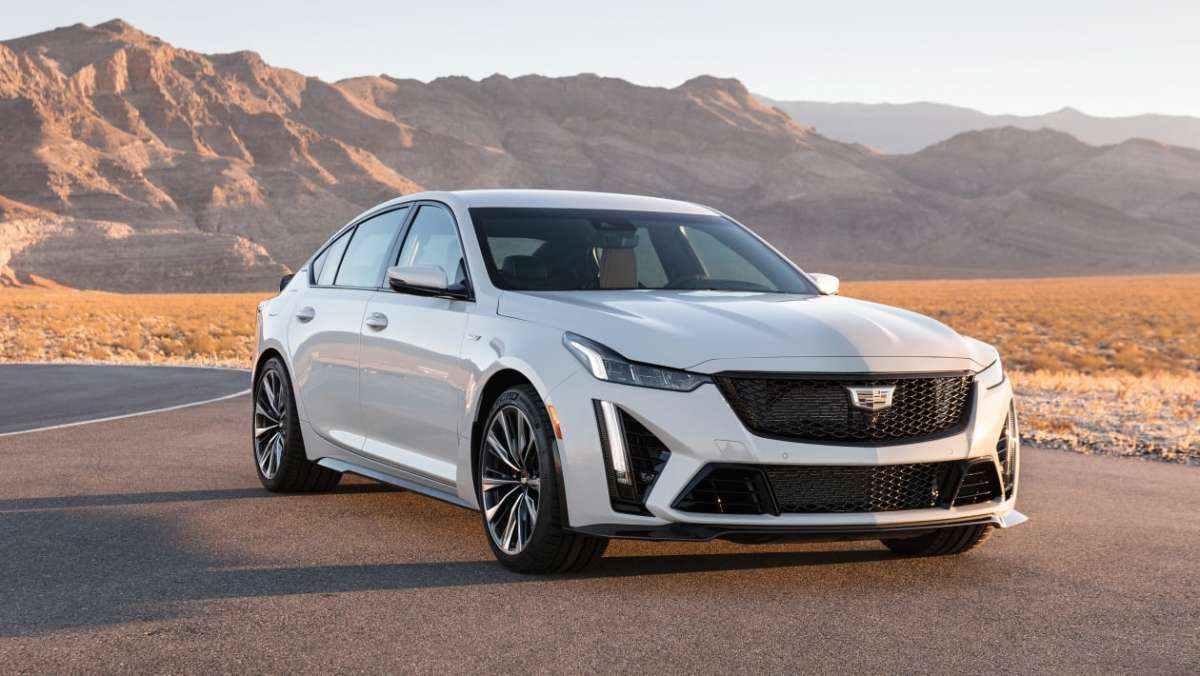 Don’t think. Just answer. Greatest supersaloon ever? You pictured an E39 generation M5, didn’t you? I know this not because of my Derren Brown-style mind reading abilities, but because BMW’s V8-powered M5 just seems to have The Right Stuff. Not too big or heavy, not too complex or highly strung, thumping soundtrack, sinister yet understated looks, deep dish alloys, six-speed manual gearbox. It’s one of those cars that seems delivered straight from the Gods. Like a 997 GTS or a Ferrari 458 Italia or a Clio 182 Trophy. You wouldn’t change a thing.

Even having experienced first-hand how utterly wonderful the very latest M5 CS is over many kilometers and all sorts of roads and having marvelled at its effective yet brilliantly involving four-wheel drive system, the E39 M5’s recipe still seems perfectly simple and perfectly realised. I wonder if the CS will ever become quite so iconic. Sadly, here there’s no way to buy a new swaggering supersaloon so configured. The new M3 Competition (longer, wider, taller and heavier than the E39, incidentally) is only available with an automatic ‘box. The same goes for Mercedes and, of course, Audi’s performance variants are very four-wheel drive.

Although it pains me to say it, our American cousins are more enlightened. Perhaps the wrong word, but you know what I mean. For some time now, Dodge has offered its hilariously wayward Challenger Hellcat (a coupé that’s so big I’m counting it as a supersaloon) with a 6-speed manual option to go with its 717bhp 6.4-litre supercharged V8. It is big fun but I suspect about as suited to local roads as a supertanker would be to our peaceful canal ways. But now there’s a new hero that’s emerged from the US. Smaller, lighter and so much more sophisticated; fitted with a 6.2-litre supercharged V8 producing 668bhp at 6500rpm and 659lb ft at 3600rpm; featuring Magnetic Ride Control 4.0, an excellent e-diff, capable of over 322kph, available with ceramic brakes and boasting of its ‘track ready’ credentials and, of course, equipped as standard with a six-speed manual gearbox. It takes up just a tiny bit more space than an E39 M5 or new M3 Competition. It’s made by, of all companies, Cadillac. It’s called the CT5-V Blackwing. And it’s rather wonderful.

First impressions don’t really concern the Blackwing’s full performance potential. It’s late and dark and I’ve got a long drive ahead after stepping from an even longer flight. Even so, just approaching Cadillac’s new V performance model – the last ICE-powered V series we’ll ever see – is enough to wipe away travel weariness and send a welcome shot of adrenaline down my spine. Just like that iconic old M5 the CT5-V doesn’t shout too loudly, but there’s tension and aggression seeping silently from every line, crease and curve.

To these British eyes the Blackwing seems exotic, too. Although I have no affinity with the brand, I don’t have decades of baggage about Cadillacs and their elderly Floridian clientele, either. To me – or anyone from outside the home market, I suppose – the Caddy simply seems taut, handsome and packs just enough aggression to suggest there’s serious hardware beneath the, ahem, hood. And just to be clear this is relatively compact saloon with more power than a Ferrari Enzo and similar torque to a LaFerrari.

What it’s not, very obviously, is a Hellcat. Swing open the door and you’re welcomed by a cabin that’s easily on a par with an M3 and not too far off an M5 CS. Carbon fibre trim abounds, the steering wheel – small and round, incidentally – and short, simple gearlever with a 3D printed shift pattern trim are tightly bound in alcantara and everything from the driving position to the materials to the infotainment has an unobtrusive rightness that’s also something of a throwback. It just works. This is a huge change from the last Cadillac I drove with their infamous ‘CUE’ infotainment system that was wilfully and infuriatingly awful. Anyway, forget infotainment. It has Apple CarPlay and it works, what more do you need to know?

Of course, you do need to know about the hand engine. Hand made by one person, the 6.2-litre supercharged ‘LT4’ V8 doesn’t dominate the character of the car in the way of a Hellcat, but it does suffuse every fibre of what makes the Blackwing special. On start-up you get an instant read on the character of the LT4. It’s not raucous like an AMG, nor as subtle as the M5 CS and its quietly spectacular V8. There’s a big ball of V8 noise but it feels focussed and tightly wound rather than a great belch of energy pouring forth. There’s tension. Sophistication? Not quite. But this V8, fed by a 1.7-litre four-lobe Eaton supercharger and featuring titanium intake valves, is every bit as angry as you’d hope.

As a footnote for history it’s worth mentioning that Cadillac did develop a 4.2-litre, quad cam twin-turbocharged V8 known as the ‘Blackwing’ (or LTA in GM’s usual nomenclature). However, for reasons of cost it only made it into the bigger, more luxurious and less exciting CT6 and CT6-V models. Even the 550bhp ‘V’ car wasn’t deemed worthy of an official Blackwing designation so the Blackwing engine never powered an, um, Blackwing. No, I don’t get it either. Yet within a second of CT5-V bursting into life any concerns about its less advanced engine from the usual smallblock family seems a moot point. It’s wickedly potent and bursts with warmth compared to, say, the M3’s six-cylinder unit. Or pretty much any other engine you care to mention.

On the wide concrete freeways the CT5-V sweeps along with a lovely gait. Those magnetic dampers worked superbly to keep the body flat and under tight control whilst managing to deftly trace the surface and massage away nasty expansion joints. Perhaps it’s the scale of the setting but there’s very definitely that lovely feeling of a huge engine squeezed into a car at least a size too small. Not only does the Blackwing feel poised and agile, there’s an underlying muscularity that makes every millimetre of the throttle pedal energise the entire car. The six-speed ‘box is sweet enough, too. Don’t expect Civic Type R precision, but I’d take it over a notchy, often fragile feeling BMW ‘box. The gearing is long – 133kph in 2nd, for example – but where that might be a problem in a rev-happy screamer like a Cayman GT4 it’s no problem at all when you have 659lb ft and murderous power in the mid-range. The Blackwing also features rev-matching and ‘No-Lift Shift’.

So this is where it all falls down, right? Push beyond the surface and surely the Cadillac becomes a Cadillac? How can I put this… Absolutely not. Equipped with the optional ceramic brakes ($9000), which cut 24kg of unsprung mass and 28kg of rotational mass, and all the carbon fibre aero goodies ($4100), the Blackwing shows great endurance, extremely impressive body control and a riotous balance on circuit. In fact, I’m not sure I’ve ever driven a supersaloon of this size and mass that feels quite so pointy and agile as this Blackwing. In Track mode and with all the driver aids removed the Blackwing is outrageously adjustable. I’d expected power oversteer on demand but the way the Cadillac attacks corner entry is the real shock. It just loves to turn. So much so that you have to be right on your A game to keep the rear under control as the front cuts hard to each apex.

There are sophisticated tools to help manage this process, of course. Cadillac’s Performance Traction Management (separate from the drive modes that run from Tour, Snow/Ice on to Sport and Track plus a configurable V mode) is excellent and allows you to toggle traction control assistance up and down in a similar fashion to the new BMW M3. It’s just another element of the car that feels really nicely honed. I love how there’s old school reinforcement for the chassis to increase rigidity over less CT5s and that proven and fierce V8 married to highly complex technology like the latest magnetic dampers, electronic limited-slip differential and powerful electronics systems. Blending these elements so skilfully to produce an intuitive and supremely capable whole is truly impressive.

Appreciating this detail in the moment in a cerebral fashion, of course, is impossible. Instead you’re swept up in the experience. The steering is light, clean and responsive and it acts on that positive front-end to great effect. It’s more than enough to excite the rear of the car but the Blackwing seems to take attitude in perfect synchronicity with that turn-in phase. It isn’t a two-stage process that could feel disjointed and out of control… the car just turns as one and the rear seems to adopt the perfect angle of attack. With PTM still active but slackened off that angle remains as you start to fire torque at the rear Michelin Pilot Sport 4S tyres, allowing you to open the steering and carry tremendous speed.

This is the Blackwing’s preferred stance. Rear tyres overspeeding ever so slightly, very little steering angle and the dampers and hollow anti-roll bars doing a fantastic job of keeping the car flat but smothering kerb strikes with finesse. It feels fast and efficient but a million killometers from clinical. How could it be with that wild V8, the mind-altering and No-Lift shift enhanced acceleration and the simple act of changing gear and all the planning, care and technique that it naturally breeds? The Cadillac is enormous fun, deeply involving and so keen to cut clean lines that it’s a bit of a shock.

Does it oversteer for Uncle Sam? You’re damn right, son. Lose the PTM altogether and the CT5-V can be made to hold ludicrous angles from turn-in to red, white and blue exit kerbs. There’s so much power and such linear engine response. Coupled to a long wheelbase and that dialled-in agility, the Cadillac really can eat a set of tyres in a single lap. It’s not big and it’s not clever. But it is fun. The Cadillac CT5-V Blackwing isn’t that big, either. But it is clever. And it’s a whole lot of fun. Good enough to stand toe-to-toe with a BMW M3 Competition or an M5 CS on local roads? I would love to find out. I have a feeling it might just be in with a shout.