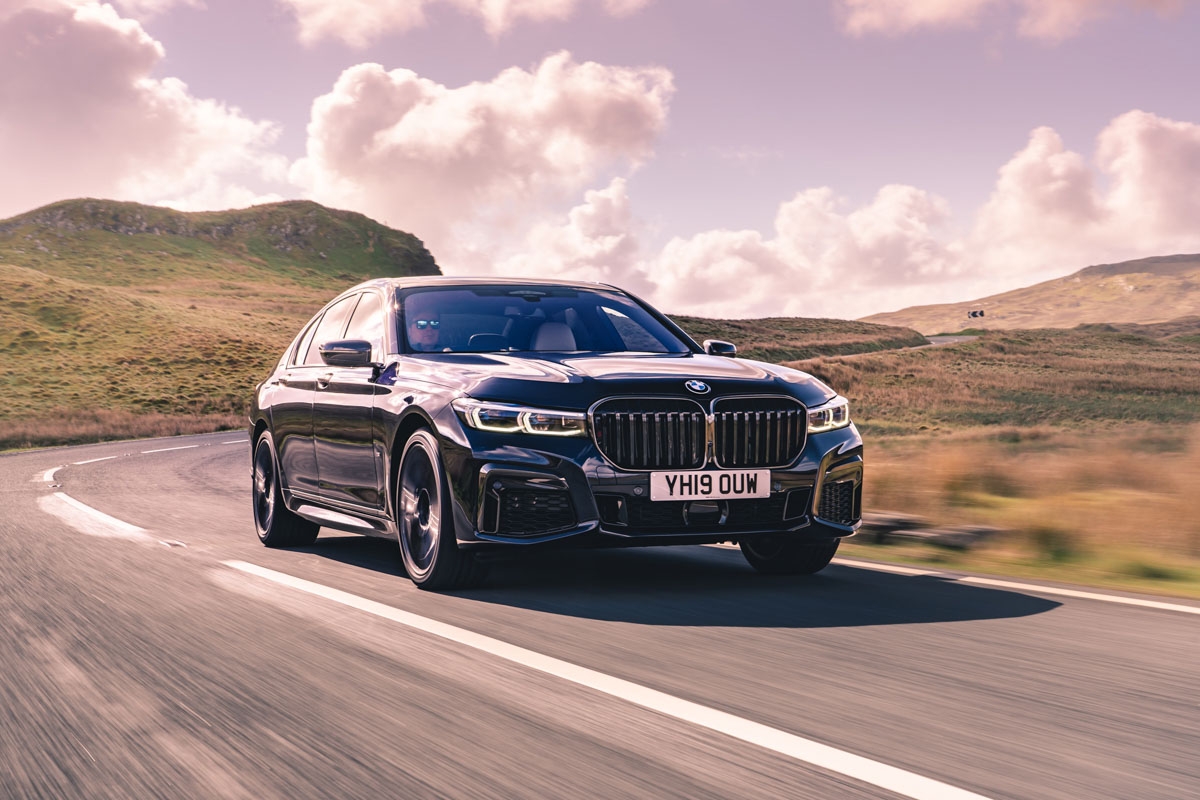 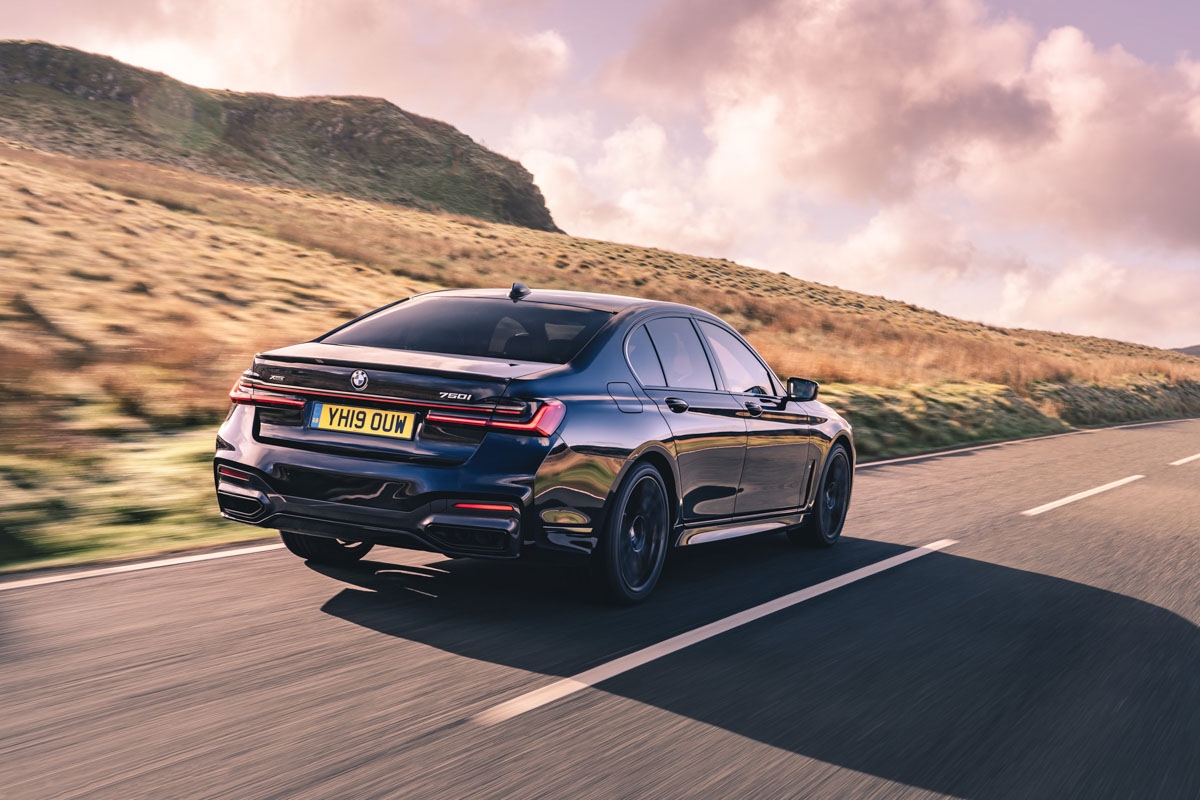 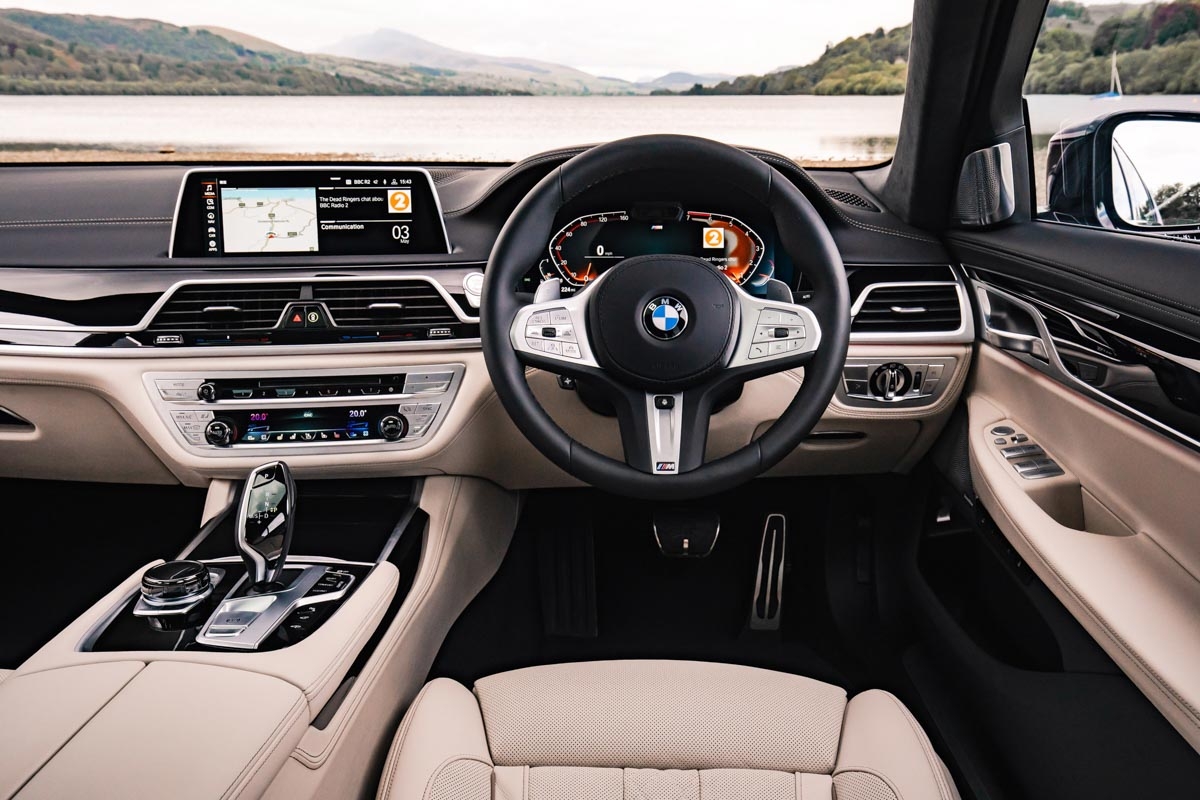 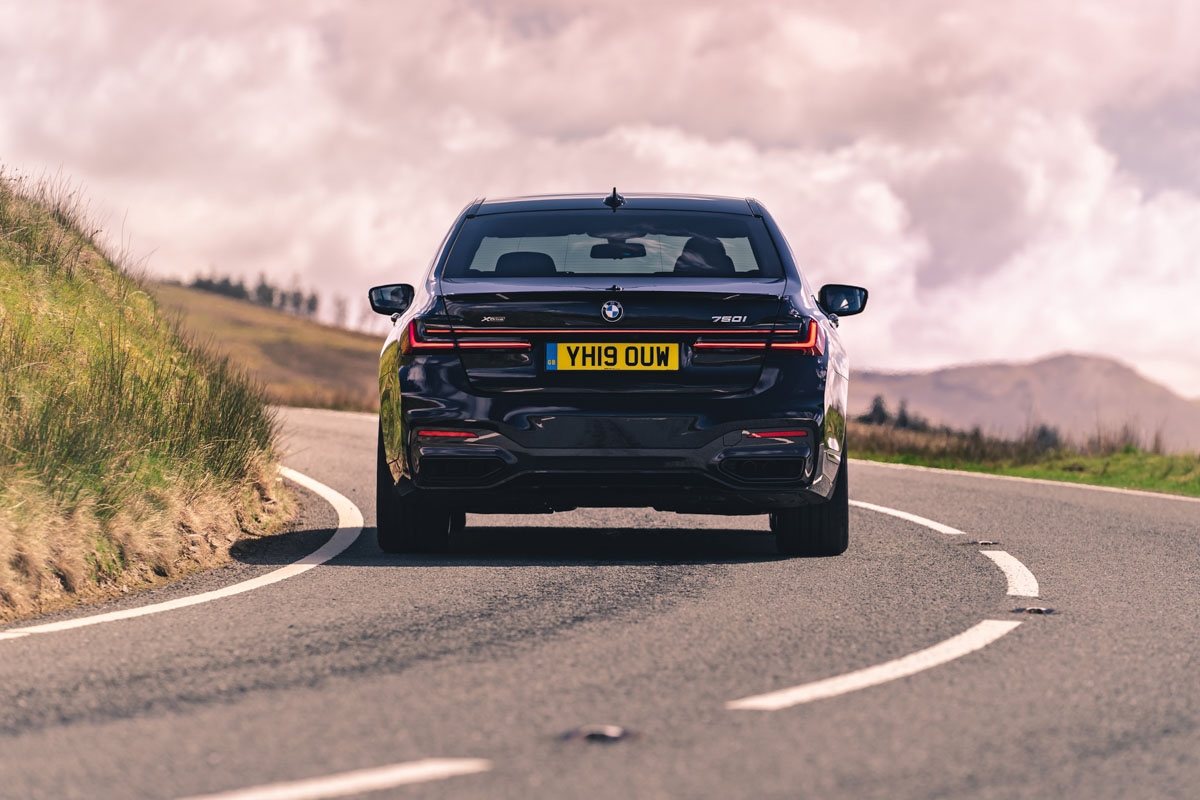 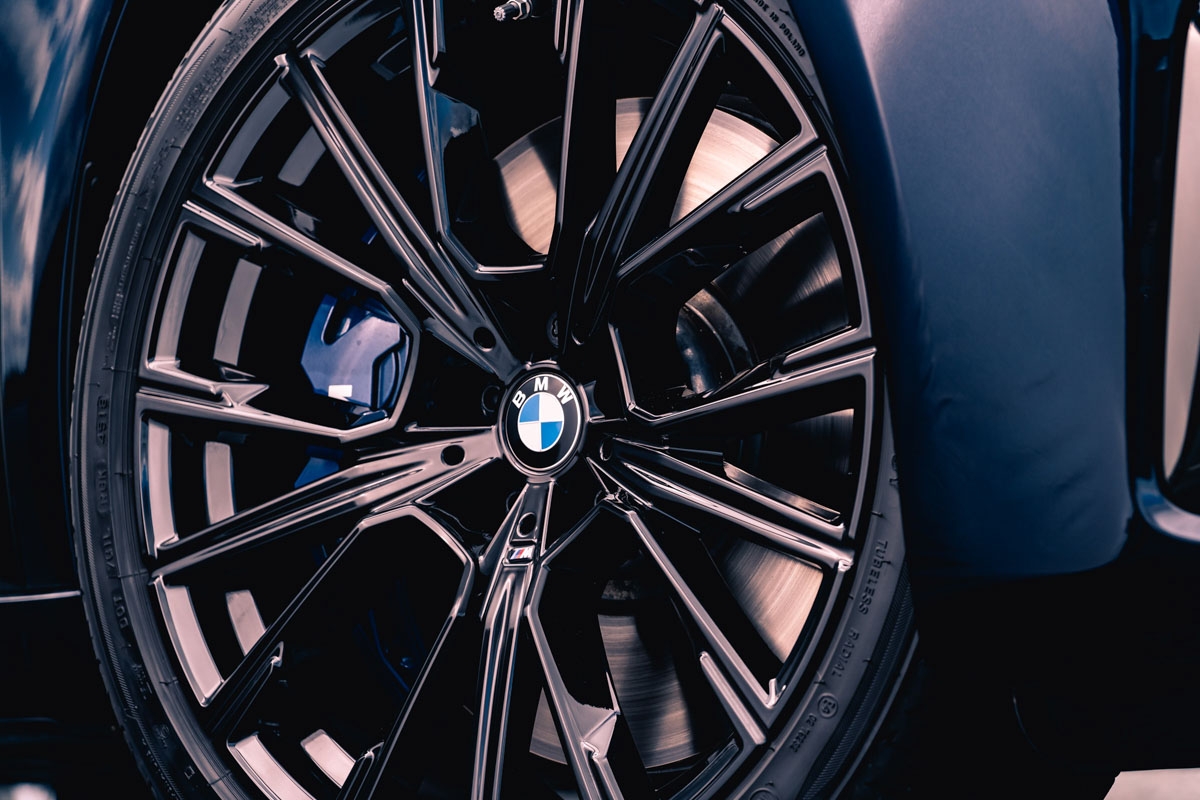 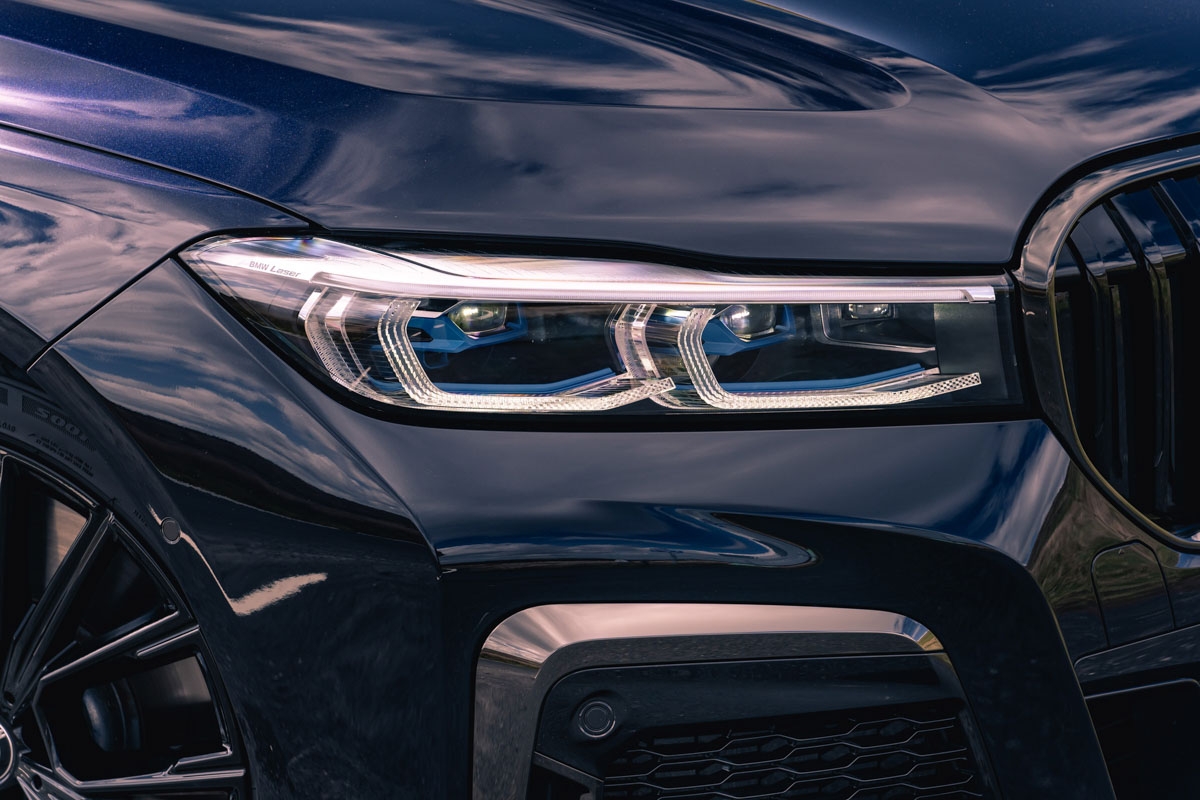 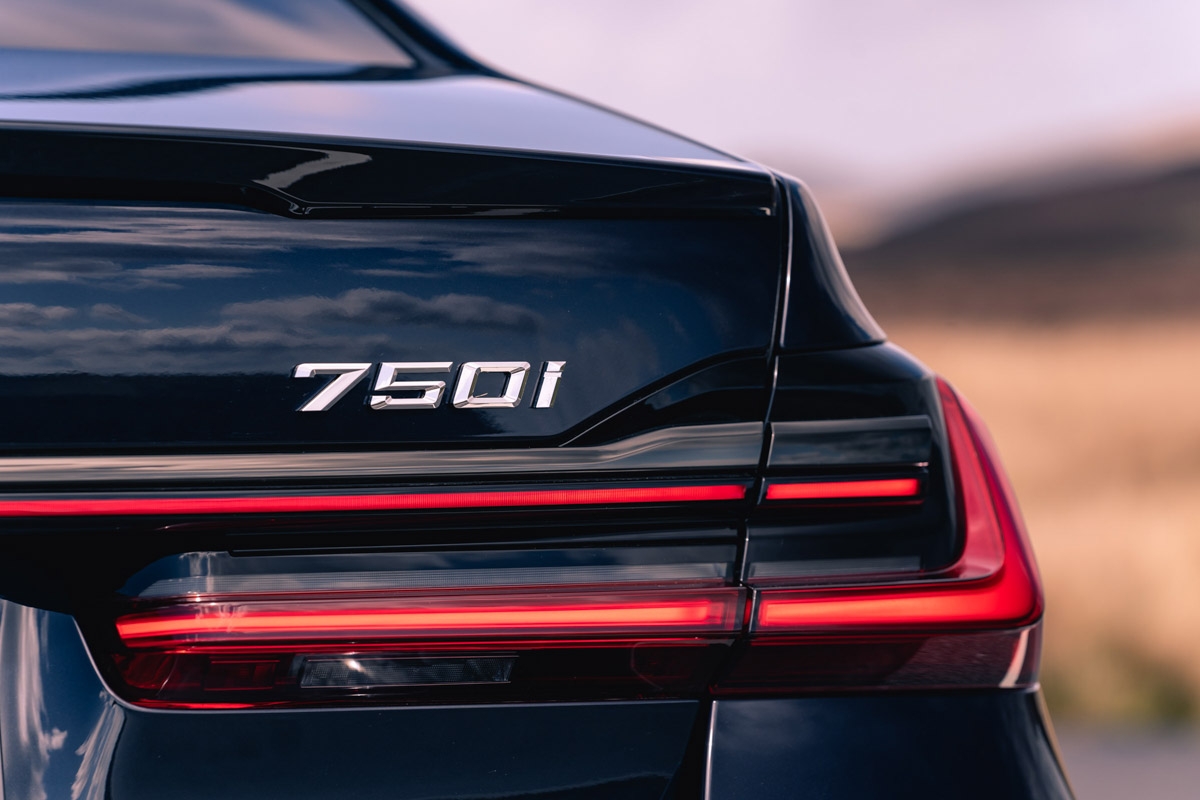 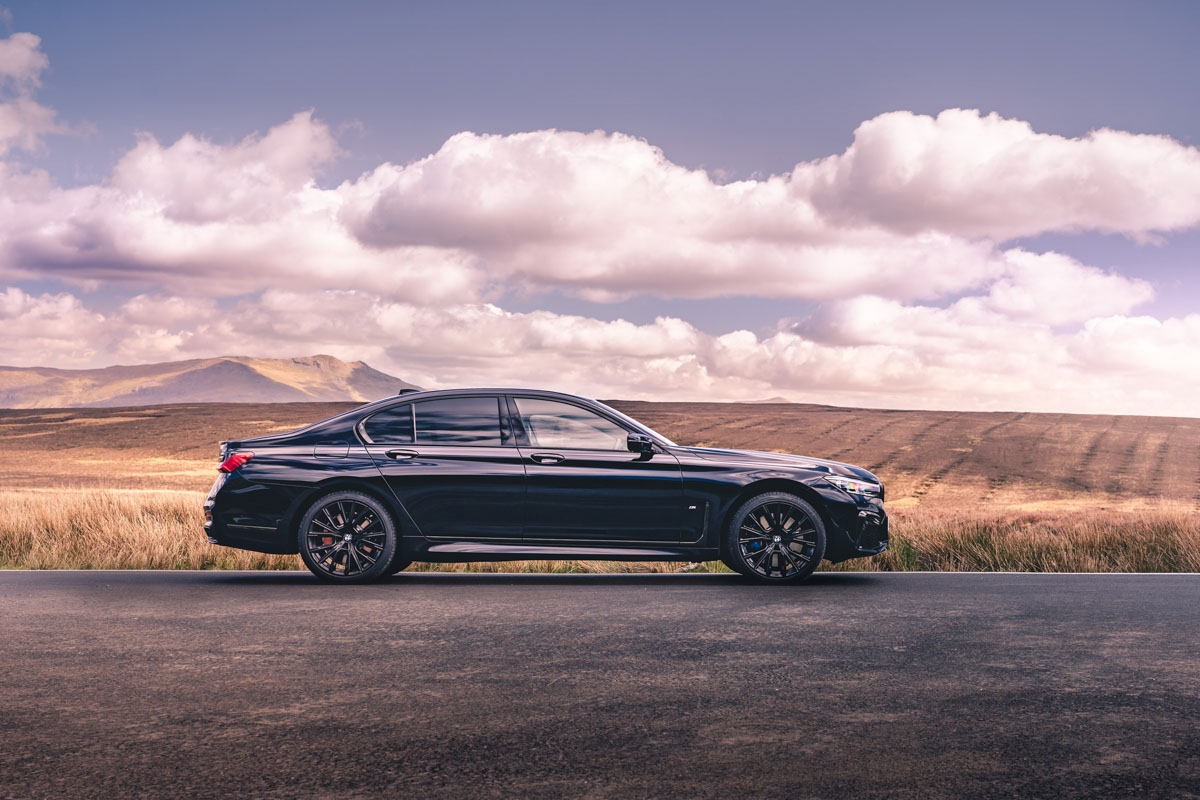 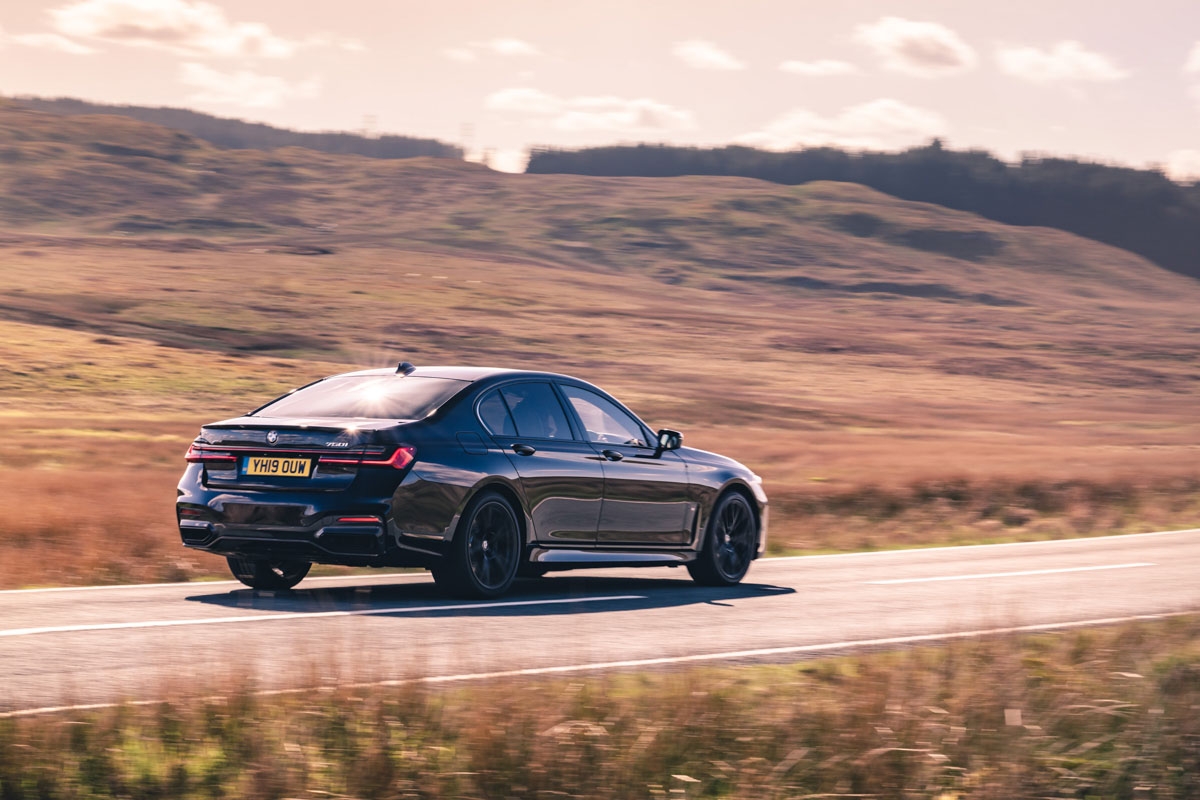 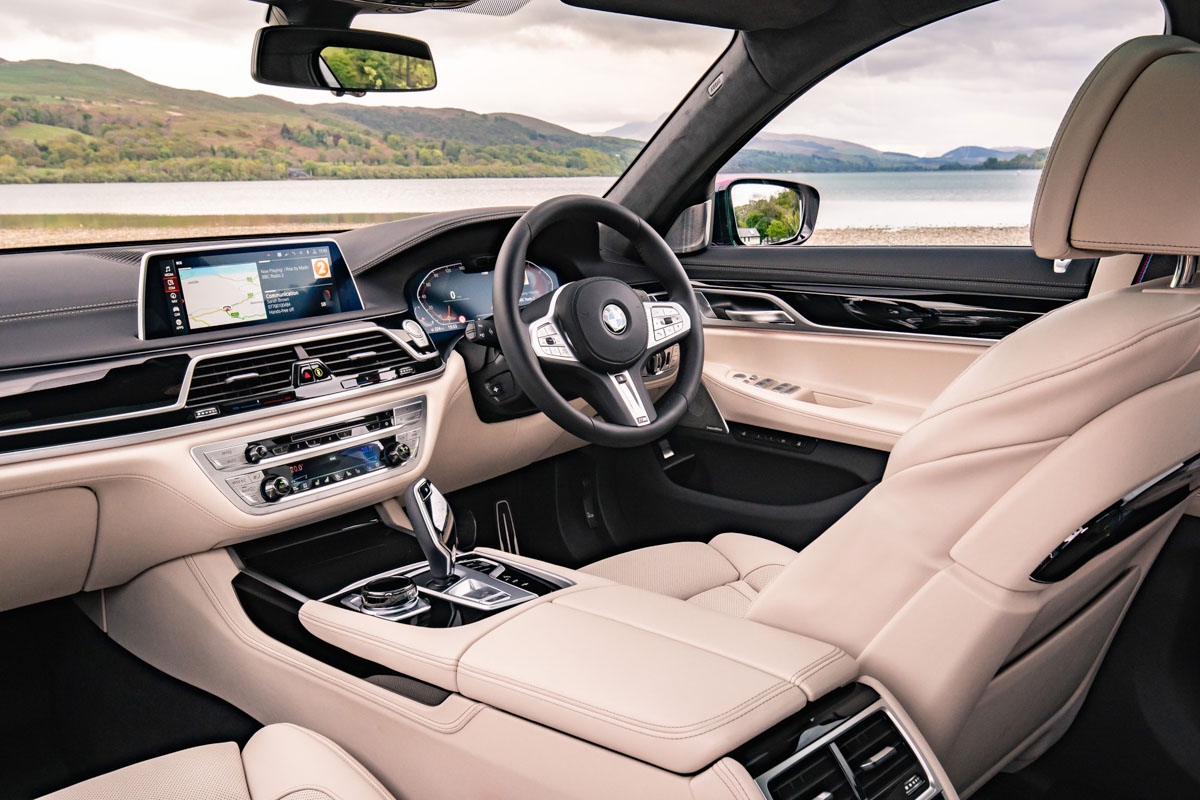 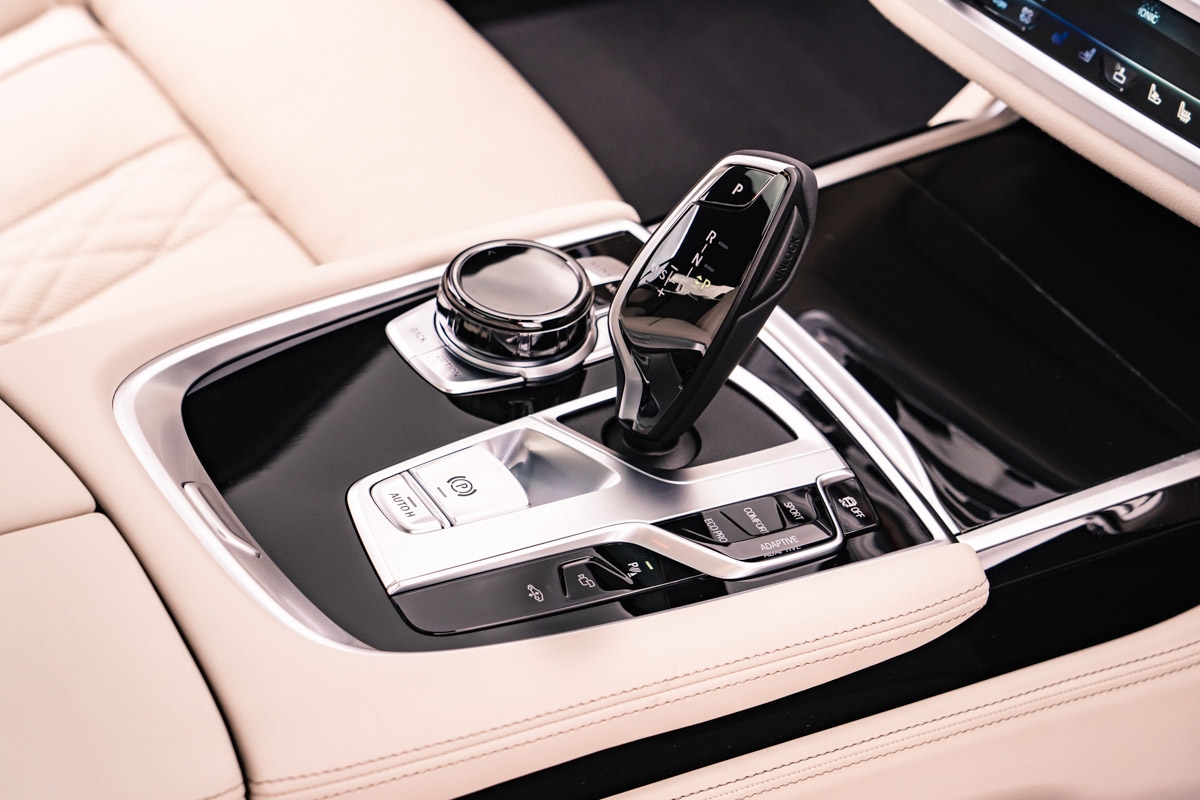 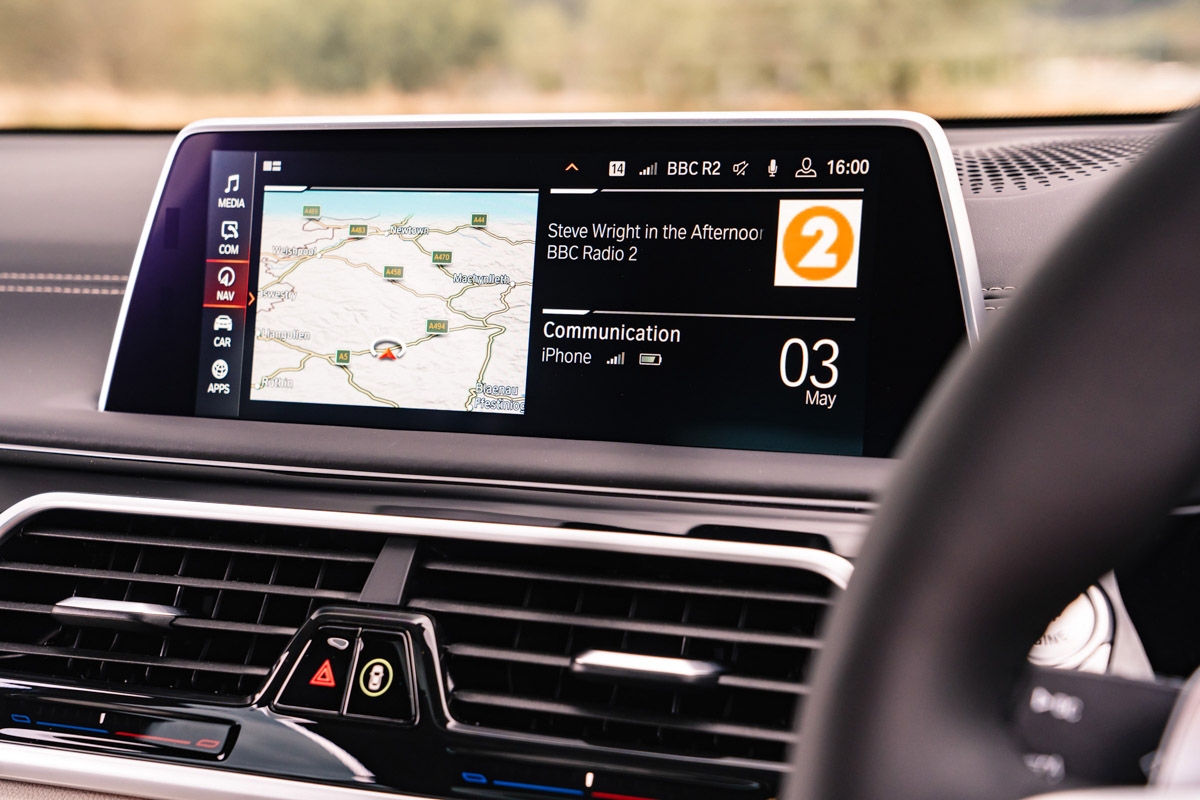 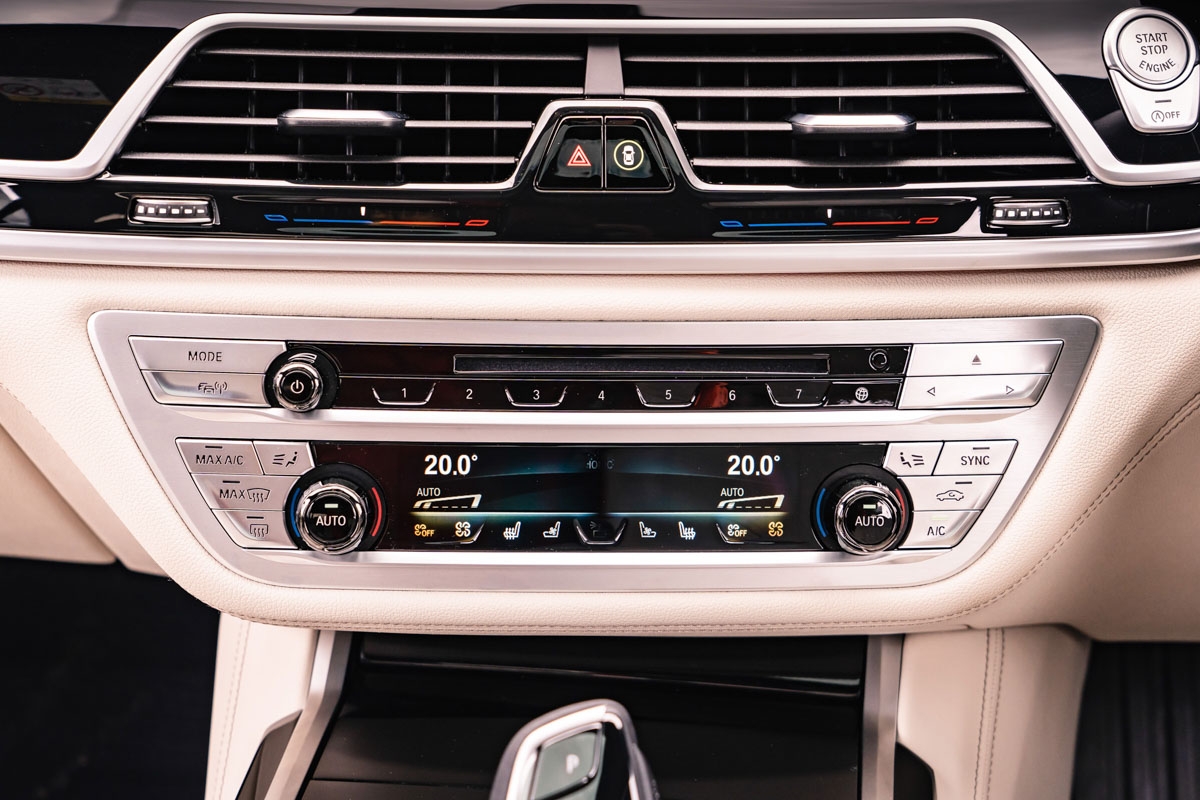 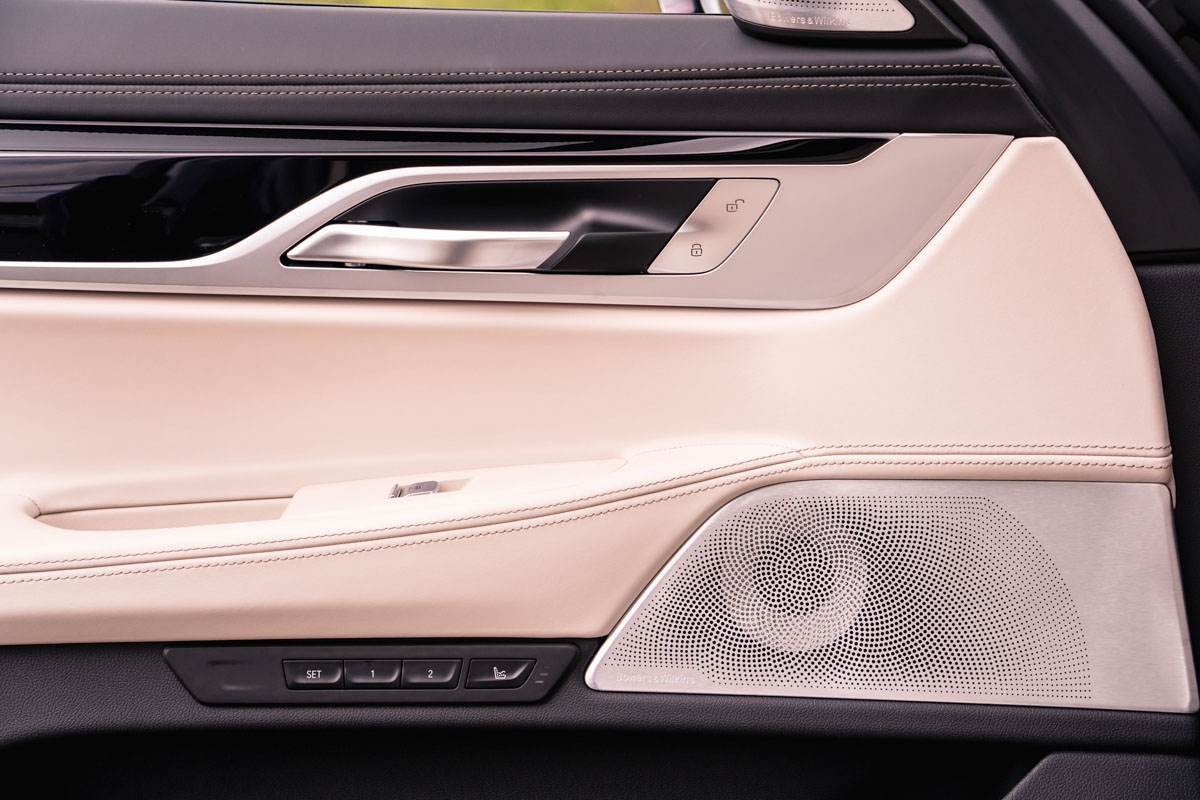 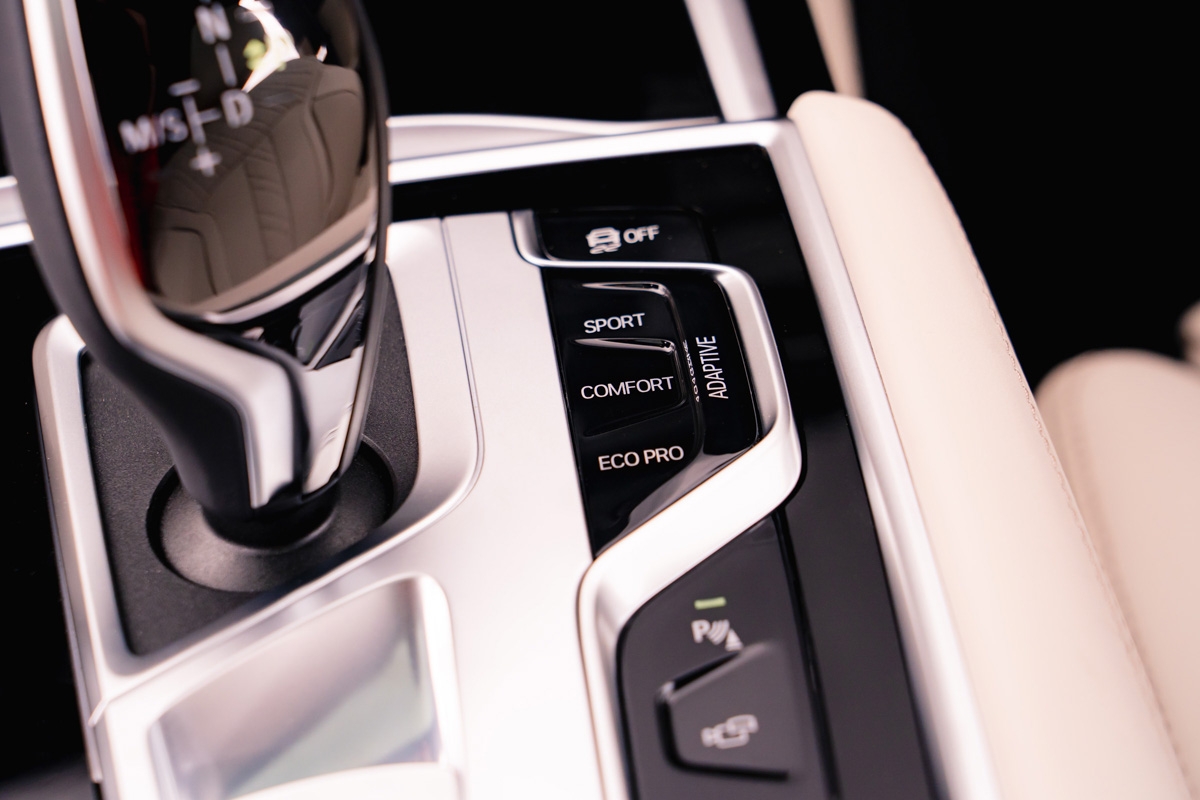 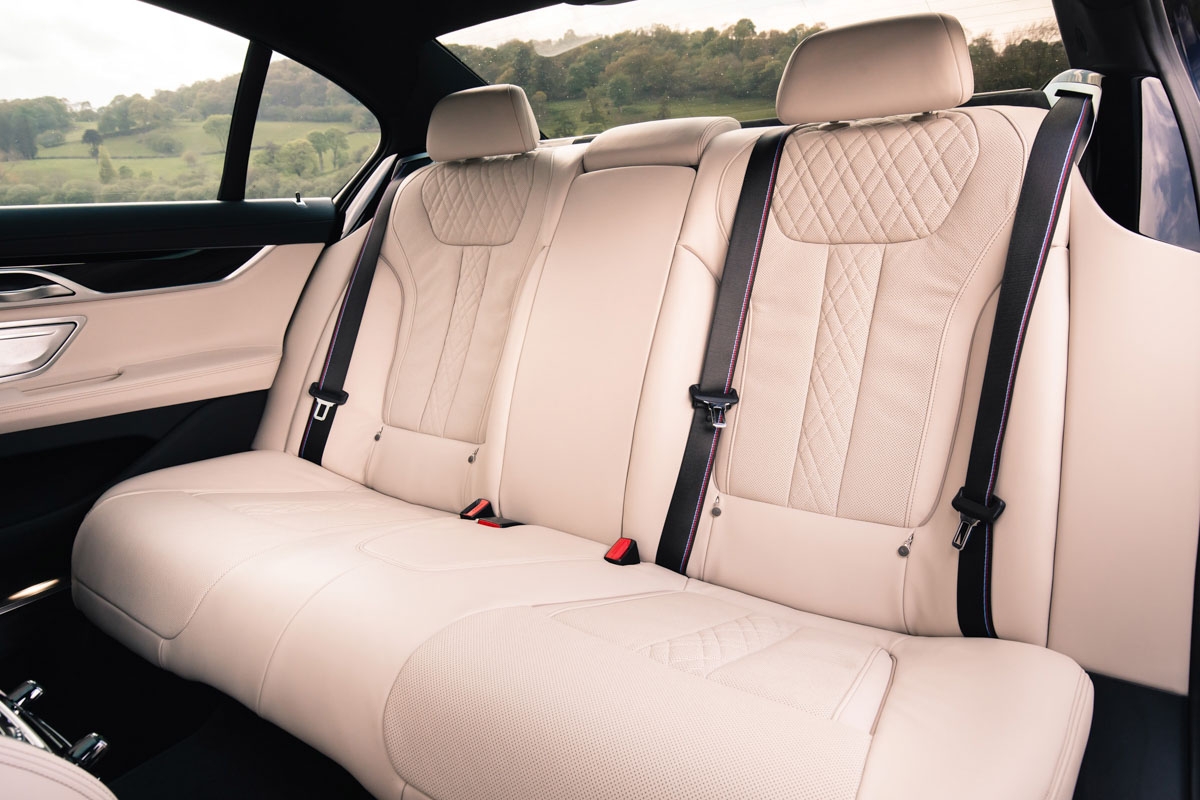 BMW’s 7-series has always been a bit of a technological showpiece for the company’s latest wares and while it’s undoubtedly a refined cruiser, it’s lacked the sort of sparkle needed to elevate it to being a great drivers’ car. Much of the focus on this facelifted version has centred around its massive kidney grilles, but if you can get past the enlarged snout is there a more rewarding steer in the offing?

There’s plenty of choice when it comes to engines – 730d, 740d, 740i, 750i, M760Li and the revised hybrid offering, the 745e iPerformance, which now features a six-cylinder ICE to complement its electric motors and battery packs. Most engines can be combined with a long-wheelbase bodyshell and can also be hooked up to xDrive all-wheel drive. The PHEV and the diesels will no doubt be the big sellers in the range.

For the time being though, we’ll concentrate on the new 750i xDrive as not only does it have a new, more powerful, engine, it’s also now suspiciously close in performance to the range-topping M760Li xDrive. To keep the two models from directly competing with each other, the V12 M760Li is only available with the long-wheelbase while the 750i xDrive can only be had as a short-wheelbase model.

None of the new 7-series models are what you’d call slow, with the entry-level 730d managing a 6.1sec 0-100kph time with the M760Li xDrive being the quickest, posting a time of just 3.8sec – impressive for a 2220kg machine. However, the 750i xDrive isn’t far behind its bigger brother and that’s thanks to a new version of the 4.4-litre V8 that was developed for the 8 Series.

The 750i now boasts a 523bhp twin-turbo V8 – that’s 79bhp up on the previous version – which doesn’t put it that far behind the 760Li that’s seen a slight drop in power to pass the WLTP testing regime. The 750i also develops 553 lb ft of torque (a gain of 73lb ft over the pre-facelift model) and combined with its all-wheel drive traction it’s good for a 4.0sec 0-100kph time and limited top speed of 250kph.

As you’d expect the 750i xDrive feels fast and boisterous when you want it to, but for the most part when wafting around on part throttle it’s a refined and almost silent companion, so much so that if you didn’t know what was powering the luxury limo you’d be hard pushed to tell it was a V8. Select Sport though and you’ll hear a little bit more of the V8’s soundtrack, although unless you drop a window it’s unlikely to stir your soul very much.

While the 7-series is still packed with a whole host of BMW’s latest technology the biggest change for this facelifted machine is a change to the latest BMW Operating System which brings a faster iDrive system and includes BMW’s Live Cockpit Professional with the latest digital instruments. This allows for the navigation map to sit in between the speedometer and the rev counter but BMW traditionalists may initially struggle with a rev counter whose needle swings in the ‘wrong’ direction (ie. counter clockwise).

Suspension stays the same – a twin axle air set up comes as standard on all Sevens – and adaptive damping is also included across the board. Options of note fitted to this 750i xDrive M Sport include Integral Active Steering ($1514) and Executive Drive Pro ($3105), both of which are designed to enhance agility with the latter also adding increased comfort when cruising, too.

The active steering includes rear wheels that steer in the opposite direction to the fronts at low speeds and turn the same way as the fronts at higher velocities while the Executive Drive Pro brings active anti-roll bars and cameras that scan the road looking for imperfections. The system then adjusts the suspension according to the surface ahead and is also designed to reduce body roll while cornering.

The 7-series facelift includes new slimmer adaptive LED headlights along with thinner rear LED units. Other than the new kidney grille treatment the air breathers aft of the front wheels have been redesigned, as has the rear bumper.

The car weighs just shy of two tonnes so the V8 has a lot of bulk to shift, but it does so admirably, with the 750i feeling like a genuinely quick car. The eight-speed auto does its job without intruding, either seamlessly shifting between ratios or responding quickly to the steering wheel-mounted paddles when driving harder. Even with an M Sport exhaust fitted (part of the M Sport Plus pack which also brings 20-inch alloys and bigger brakes) the V8 is kept relatively muted and those looking for a strident noise to accompany the acceleration might be a little disappointed. For a luxury limousine it’s probably well judged for the majority of buyers’ tastes.

While the 7-series has perhaps always been a slightly better steer than its S-Class arch rival the flip side is that it’s never felt quite as compliant or whisper quiet. BMW has, to a certain extent, addressed this in the latest model though – there’s some additional soundproofing in the rear wheel arches and the thickness of the glazing has been upped too, and even on the 20-inch wheels of the M Sport it’s pretty quiet and comfortable. Models with 18- or 19-inch rims are likely to be even better.

While the 7-series’ raison d’etre is to waft passengers around in luxurious comfort (which it does very well), it still needs to be able to fulfil BMW’s promise of driving pleasure and it’ll still tackle a B road with verve. For such a large, heavy machine it’s remarkably agile and makes a decent fist of the twisty stuff, but it does so in a rather remote manner that results in a less than gratifying experience. There’s little to feel through the steering and while the xDrive ensures there’s grip aplenty at all times, there’s very little in the way of driver involvement or interaction. This car is staggeringly quick for its size, but the feeling is that it’s been built with efficiency rather than pleasure in mind.

Its most obvious rival is the Mercedes-Benz S-Class but the 750i doesn’t really have a direct rival. The S500 is now a straight-six, not a V8, and with only 429bhp it’s nearly 100bhp short of the 750i xDrive despite costing virtually the same. The AMG S63 is M760Li xDrive money but doesn’t match the 750i’s on-paper performance. Perhaps the S-Class does the wafting side of the limousine brief better, but despite the BMW not being the most involving steer it still feels more on its toes than the S-Class when tacking a typical B road.