As if the standard Ferrari 812 Superfast wasn’t enough, the German tuner has upped power and increased width 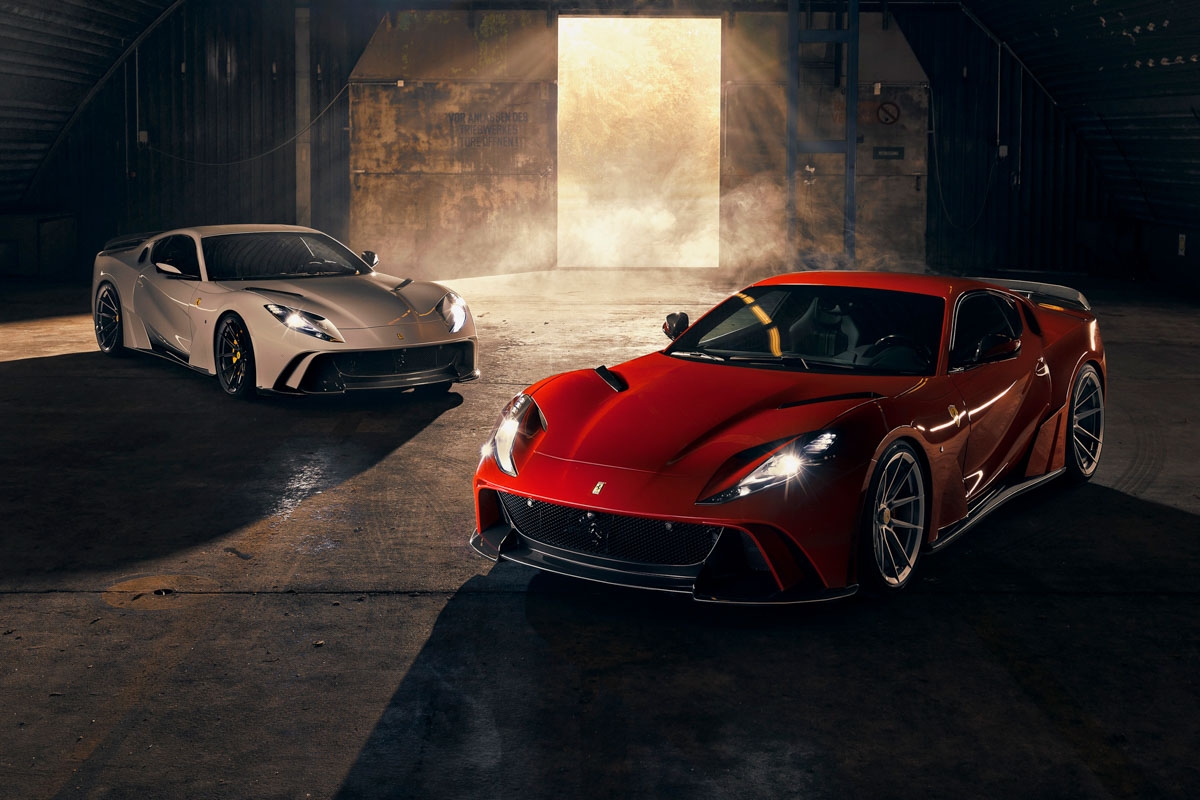 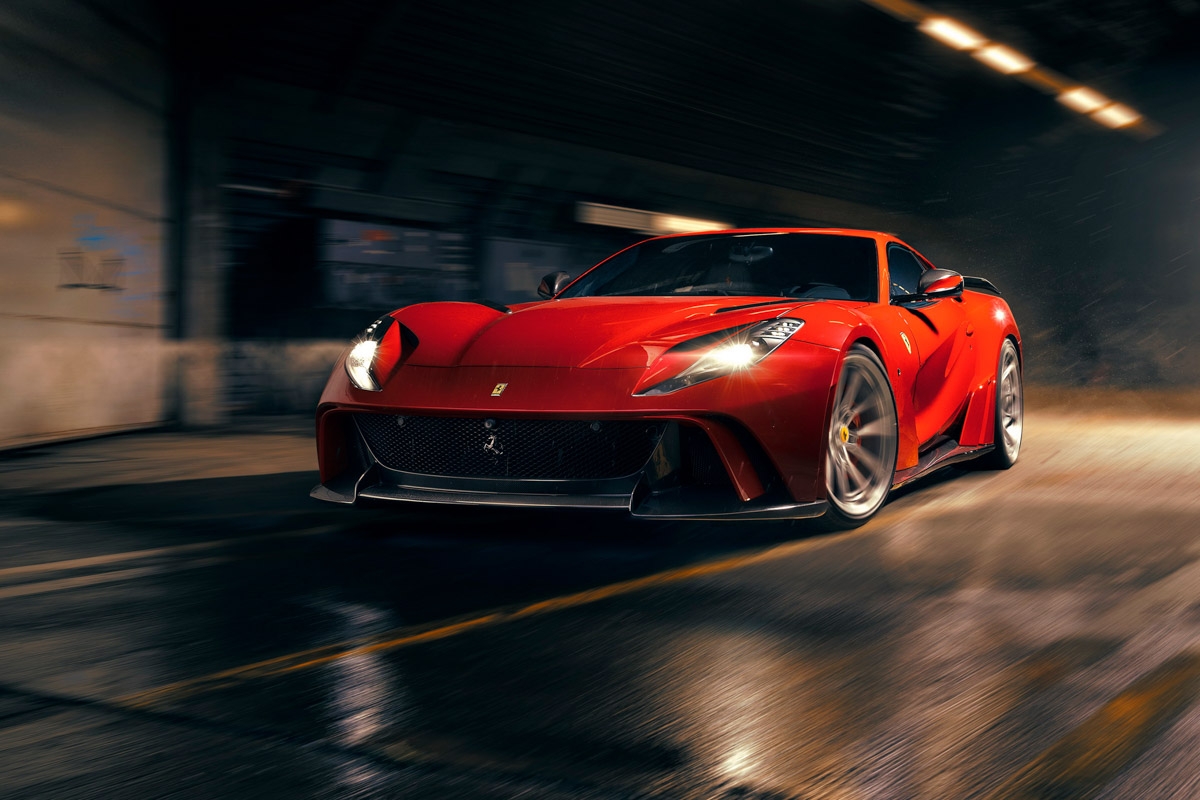 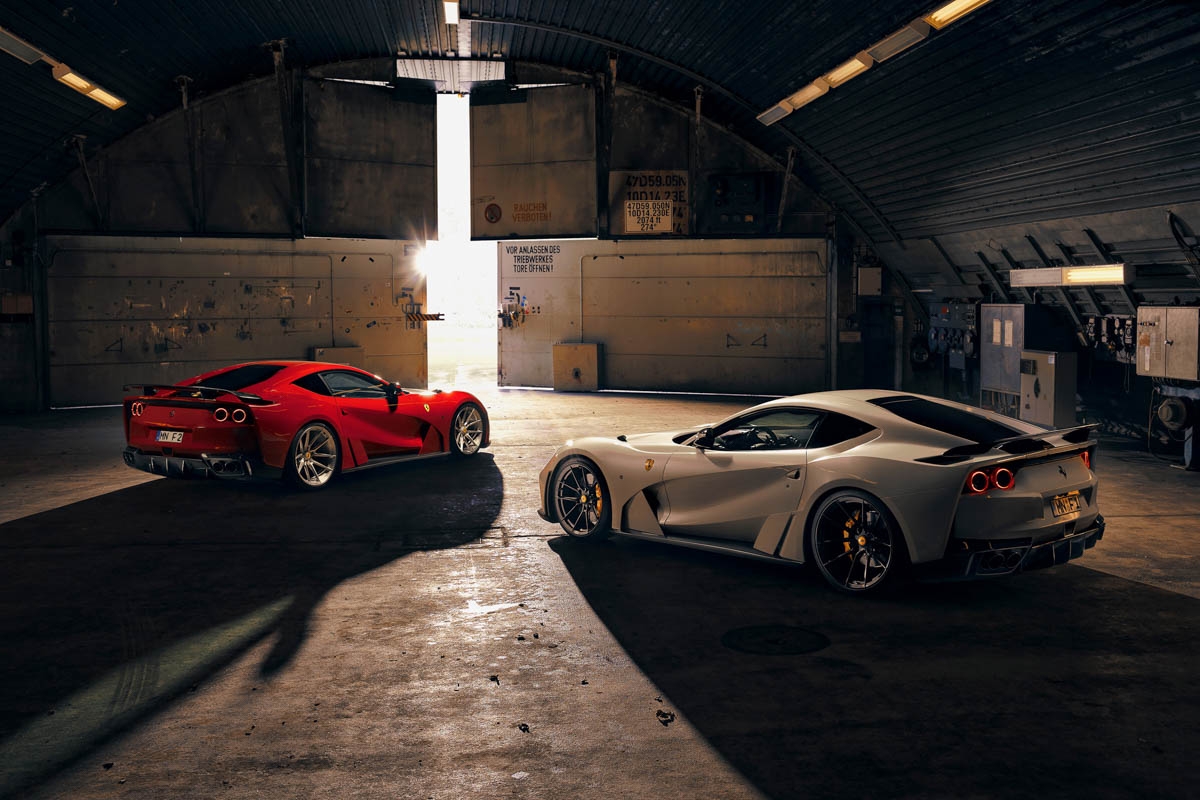 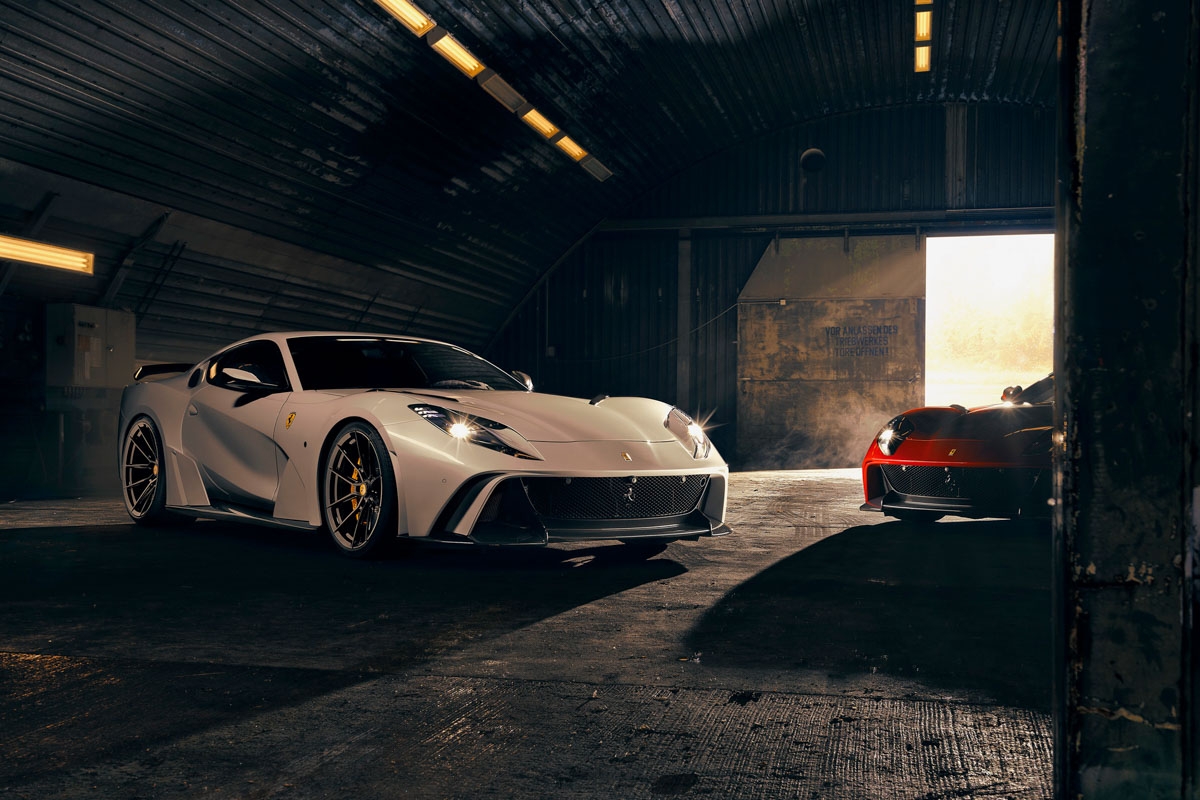 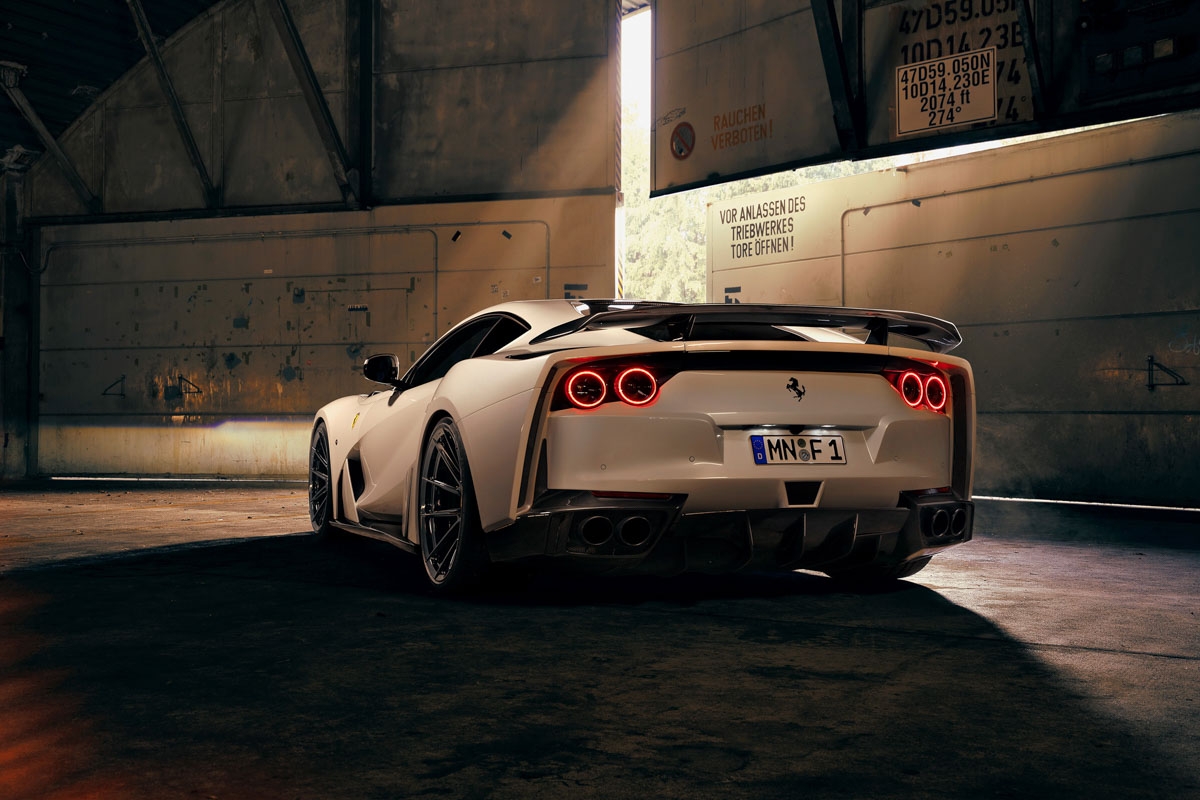 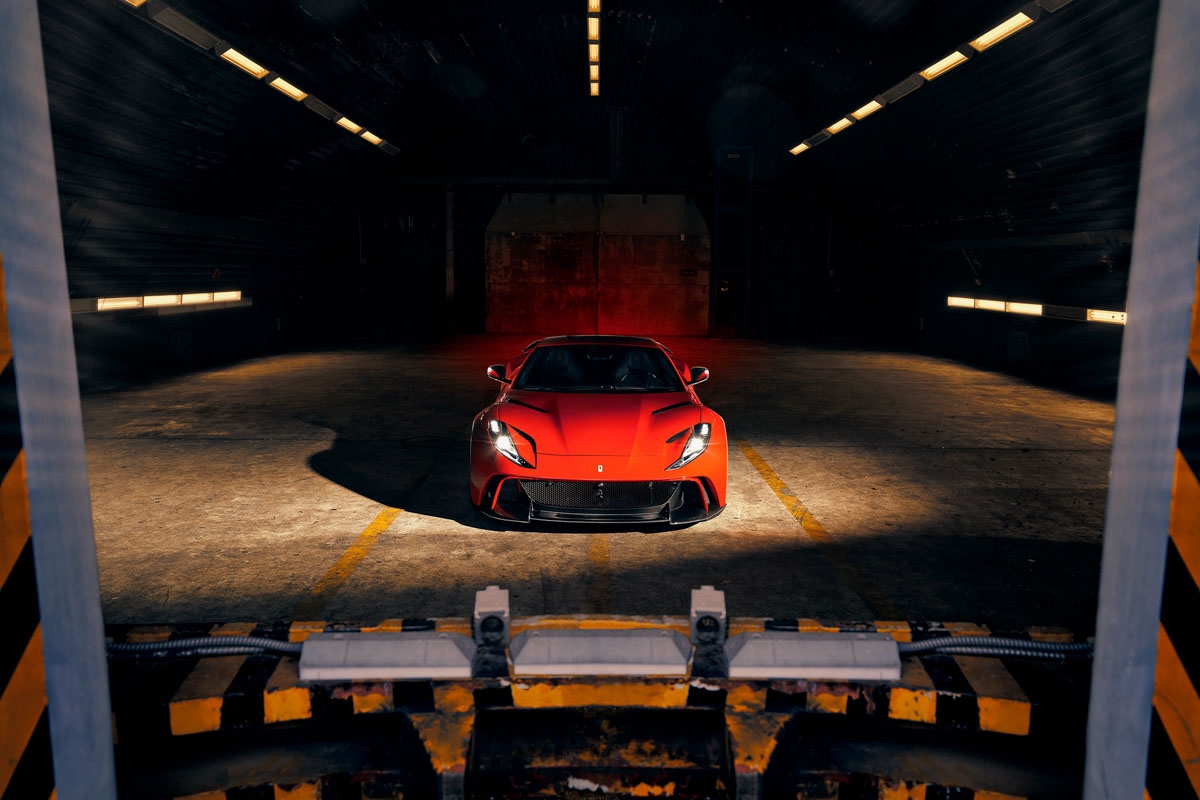 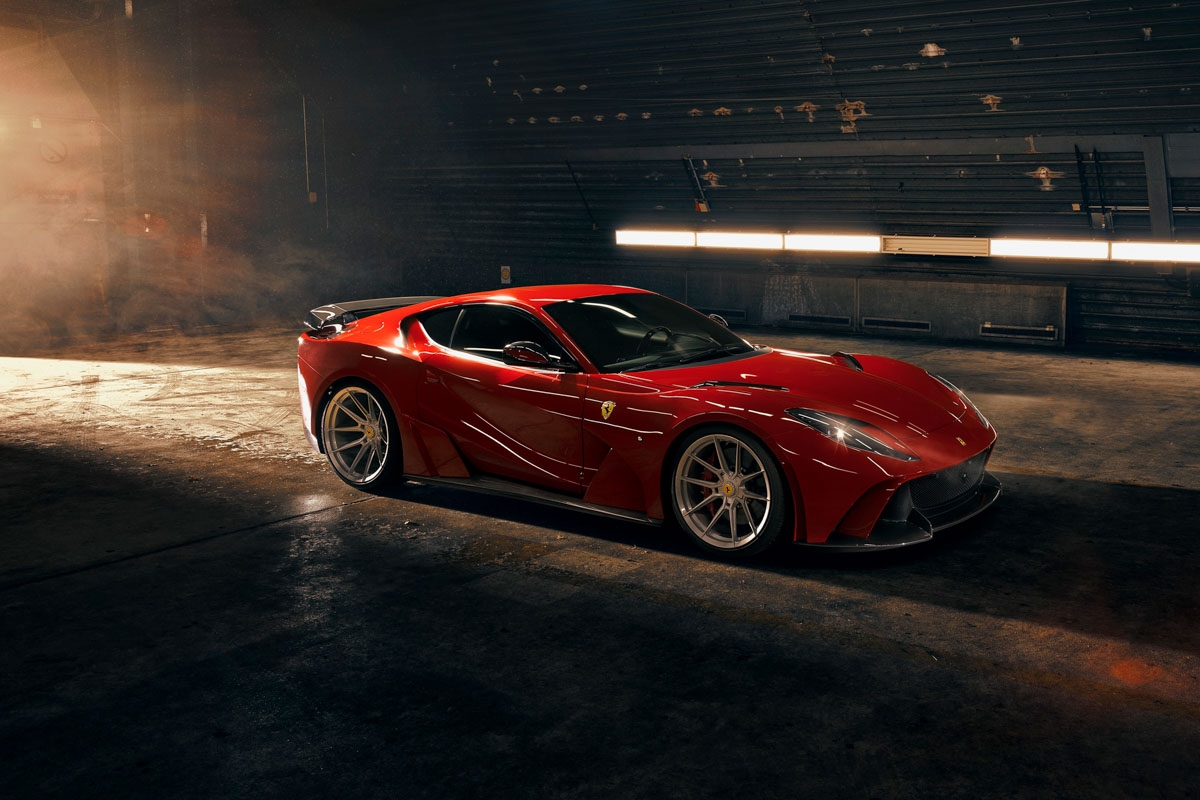 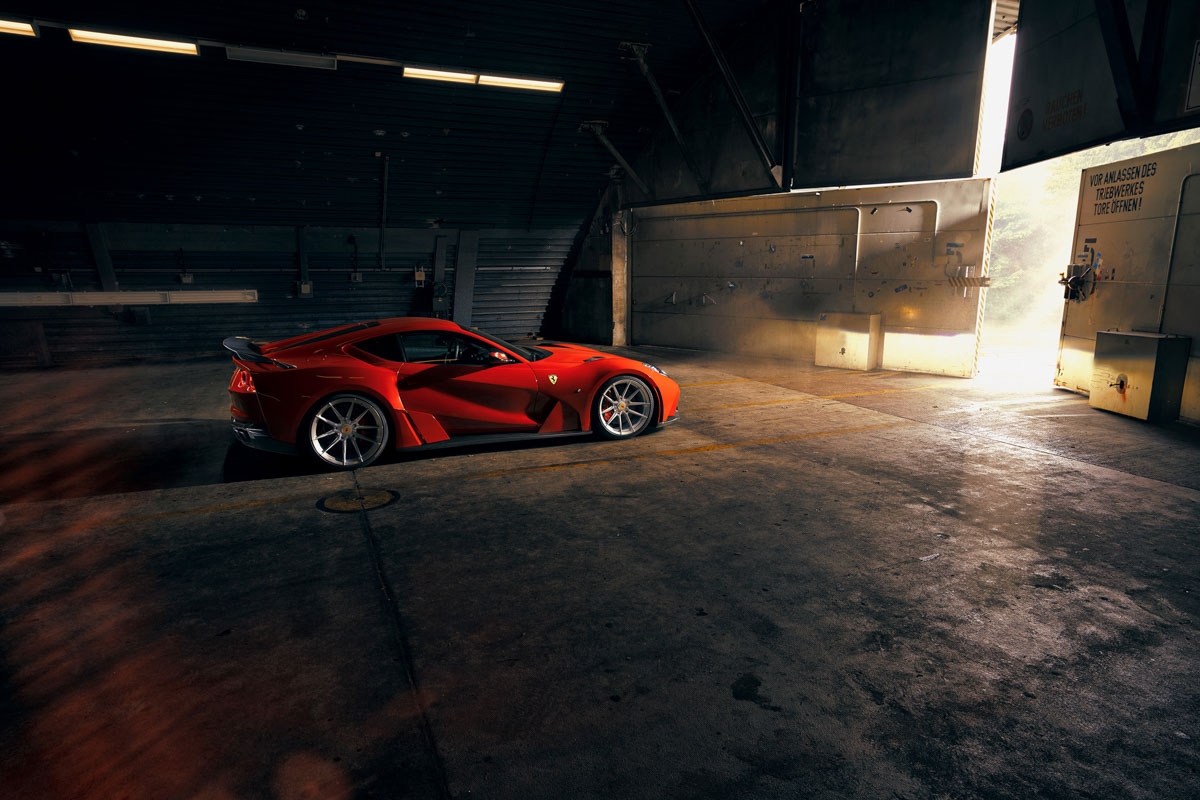 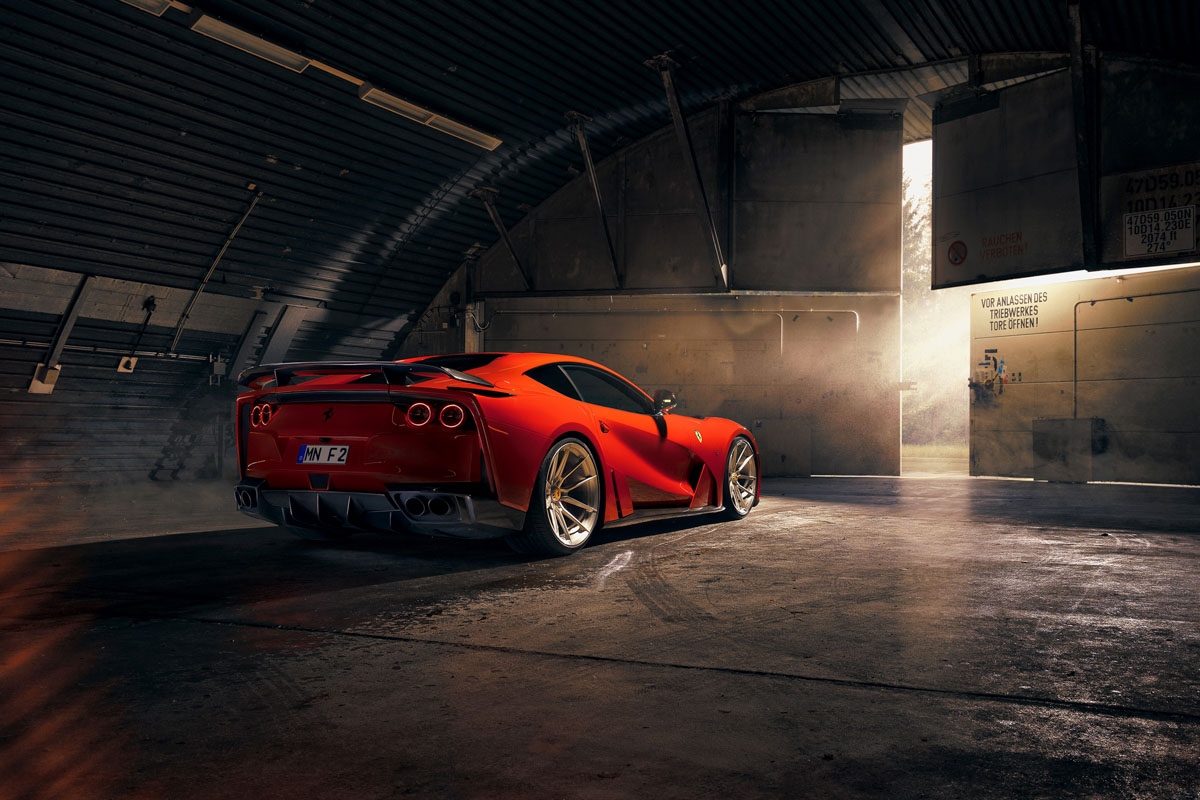 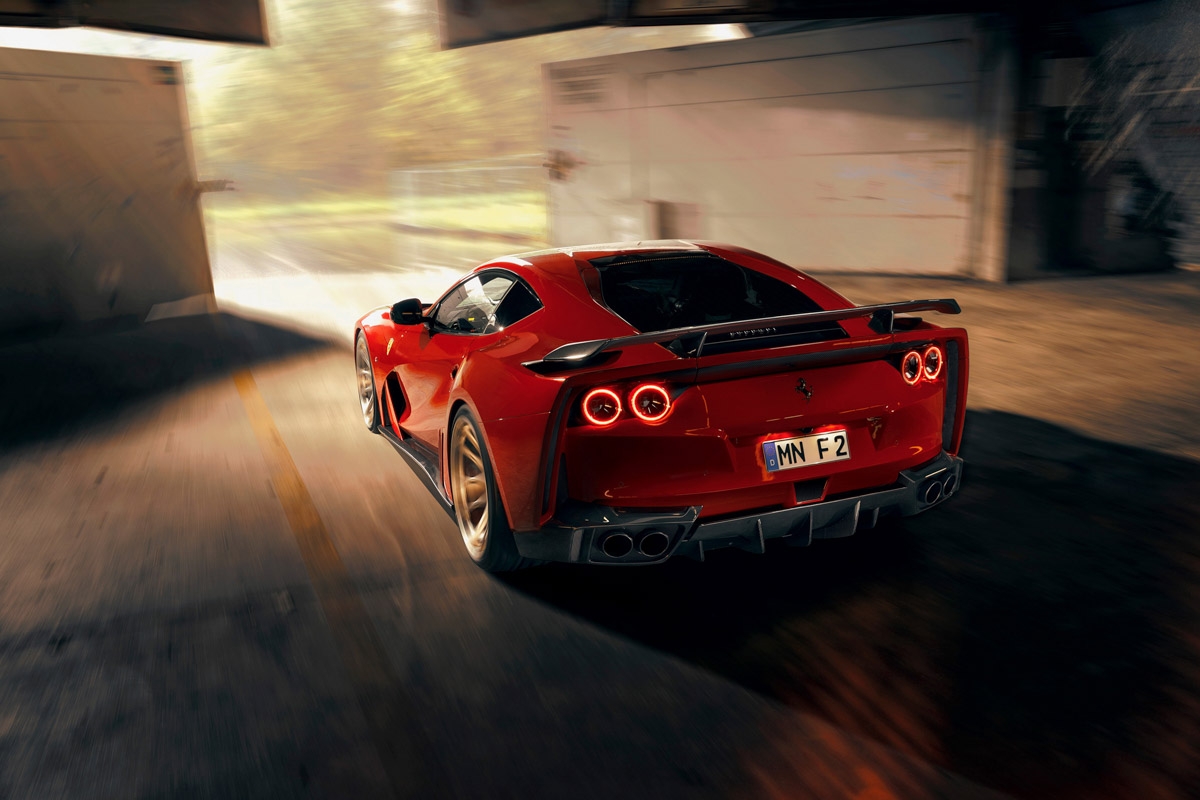 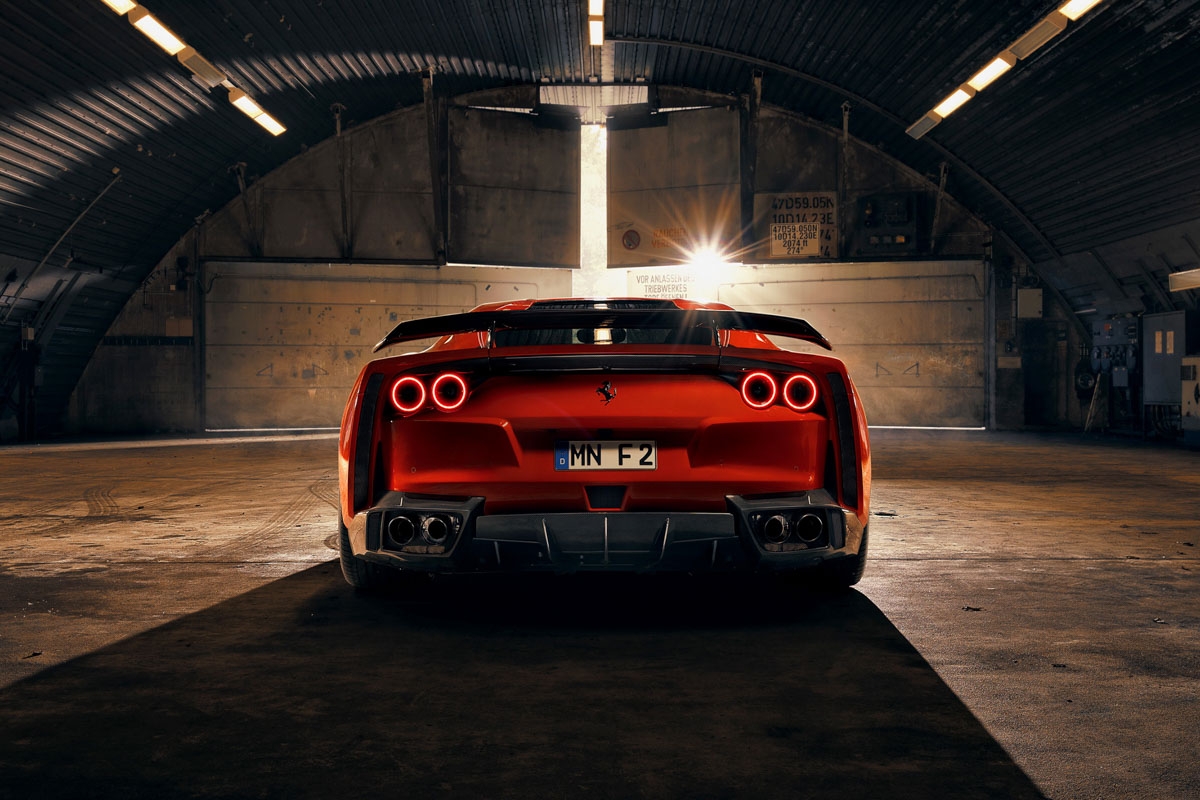 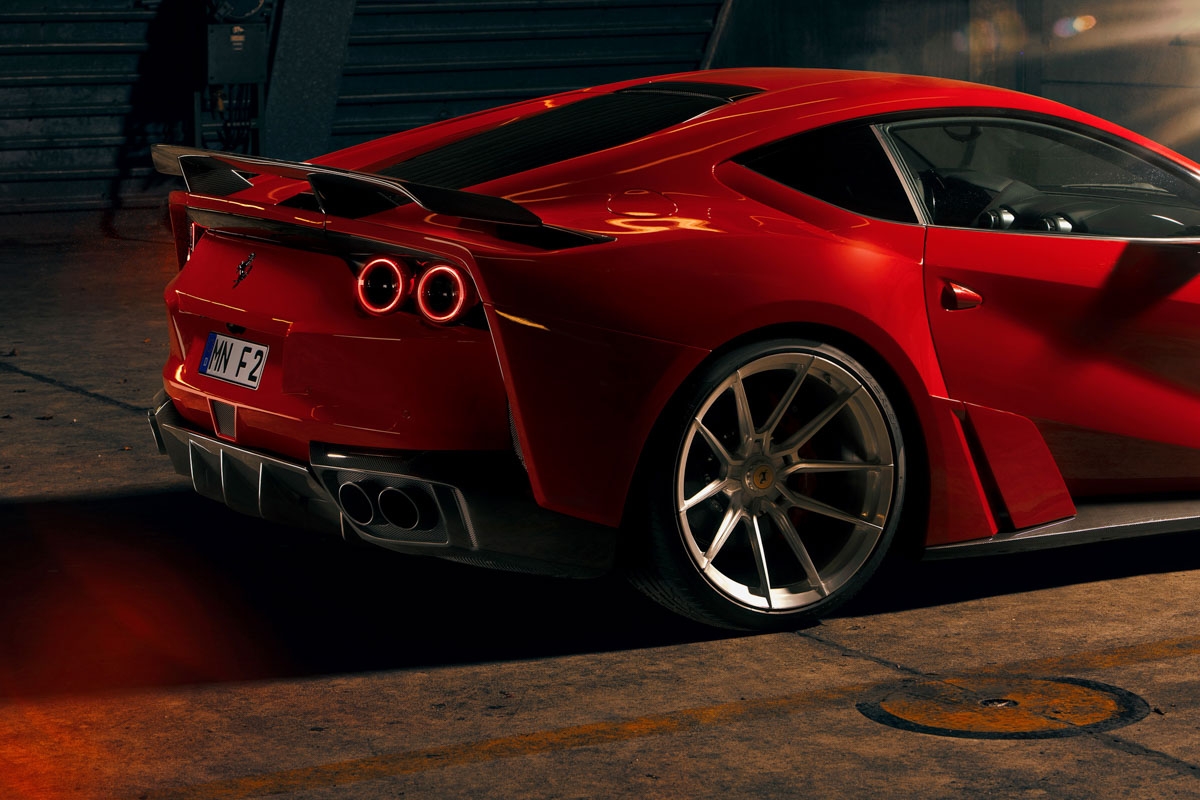 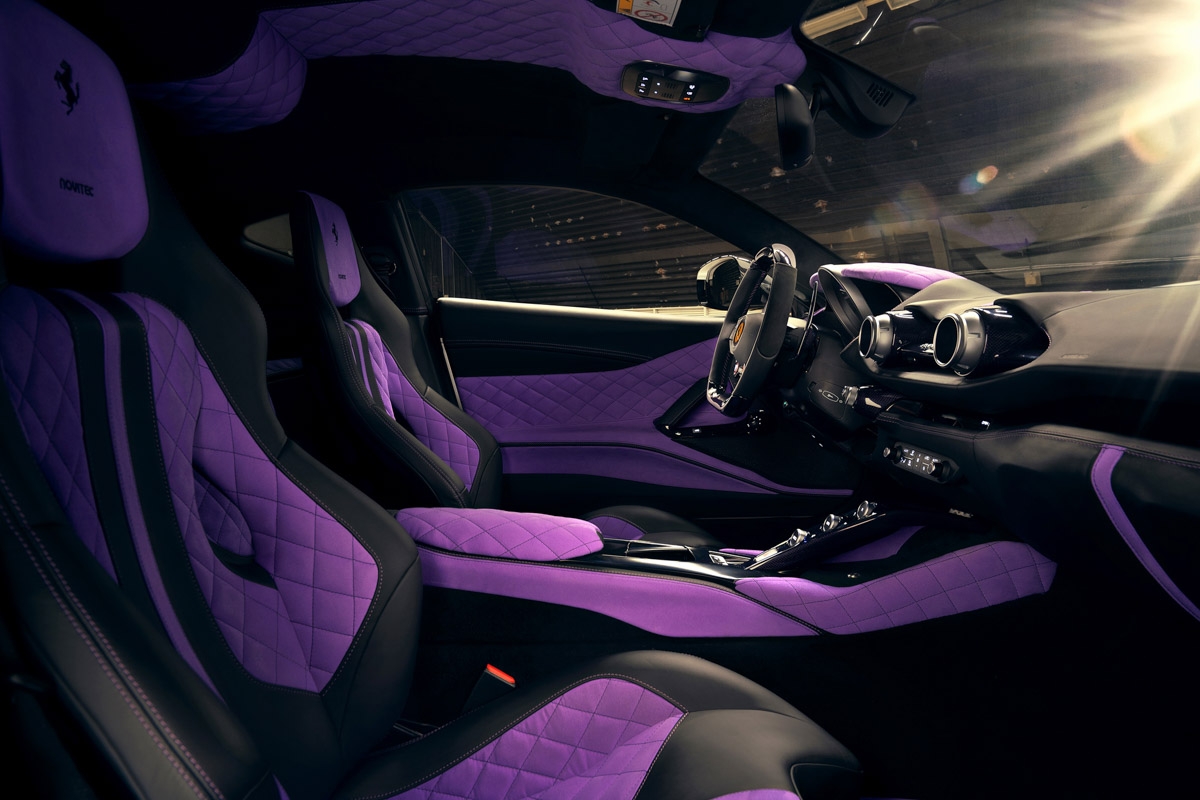 Being the brand’s current flagship, at least before the reveal of its mystery hybrid model, the Ferrari 812 Superfast most certainly lives up to its name. Thanks to developments in turbo technology, absurdly high power figures can be had from small capacity engines these days, but nothing delivers power quite like a naturally-aspirated, near-9000rpm Ferrari V12. The marque quotes 789bhp for the standard car, but German tuner Novitec didn’t think that was quite enough…

Power has been increased by 39bhp and 29lb ft, taking the naturally-aspirated V12 to a total output of 828bhp and 553lb ft. Though not dramatic increases, 0.1sec has been shaved off its 0-100kph time, bringing the sprint down to down 2.8sec and top speed to a heightened 344kph. Helping the engine breathe is a new exhaust system, available in either stainless steel or inconel (the same material used on Formula 1 cars) and with or without valves – based on the clips we’ve seen online, it’s safe to say your neighbours probably won’t be too pleased no matter which option you pick. Alongside the increase in volume, reduced back pressure gives you a slight boost in performance, and should you choose the inconel option, you’ll save 11kg of weight, too.

If you’ve ever heard the Novitec name, though, you’ll likely know it for its outlandish bodykits. The F12 N-Largo was its take on the Ferrari F12 Berlinetta, adding more power, more sound, and more aggressive styling. The 812 Superfast has received the same treatment, with new carbonfibre bodywork adding 7cm of width at the front, 14cm at the rear, and a host of new styling elements to enhance the model’s already aggressive rake. Total width is now a lane-consuming 211cm, beating the rather ridiculous Maserati MC12 by 1cm and the current widest production car by a full 7cm.

It’s not all just for show, either, as the brand claims the new bodywork gives the model more downforce and better high speed stability. ‘Aerodynamically inspired by the current Formula 1 racecars’, it features a new diffuser, rear wing and air vent surrounds, all of which can be optioned in body colour, or exposed matte or gloss carbonfibre. New suspension lowers ride height by 35mm, too, with an optional lifting system helping you to navigate any pesky speed bumps or car park ramps.

An exclusive, staggered set of 21in and 22in forged wheels designed and developed in partnership with US wheel manufacturer Vossen, also come with the bodykit, wrapped in 335 rear and 275 front Pirelli tyres.

At an additional cost, customers can also opt to have the interior fully customised, even going as far as replacing all carbonfibre trim with coloured pieces should you desire.

Pricing is upon request.