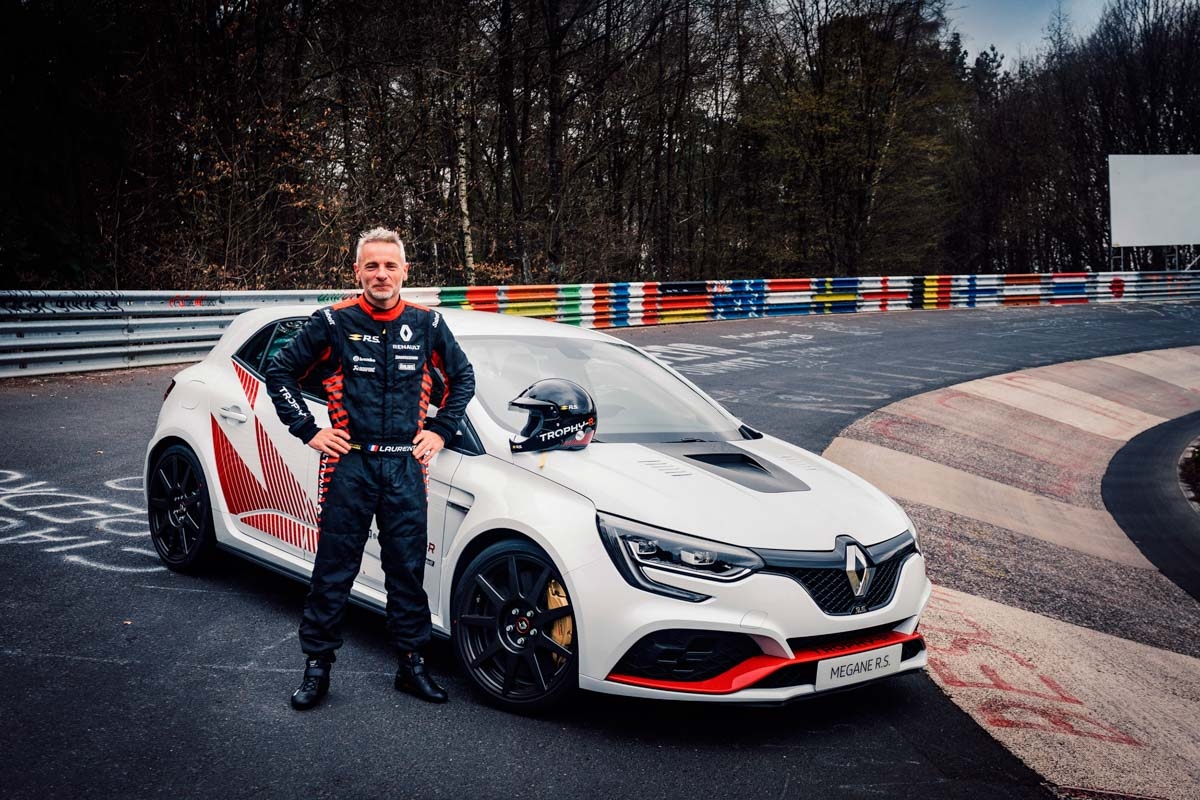 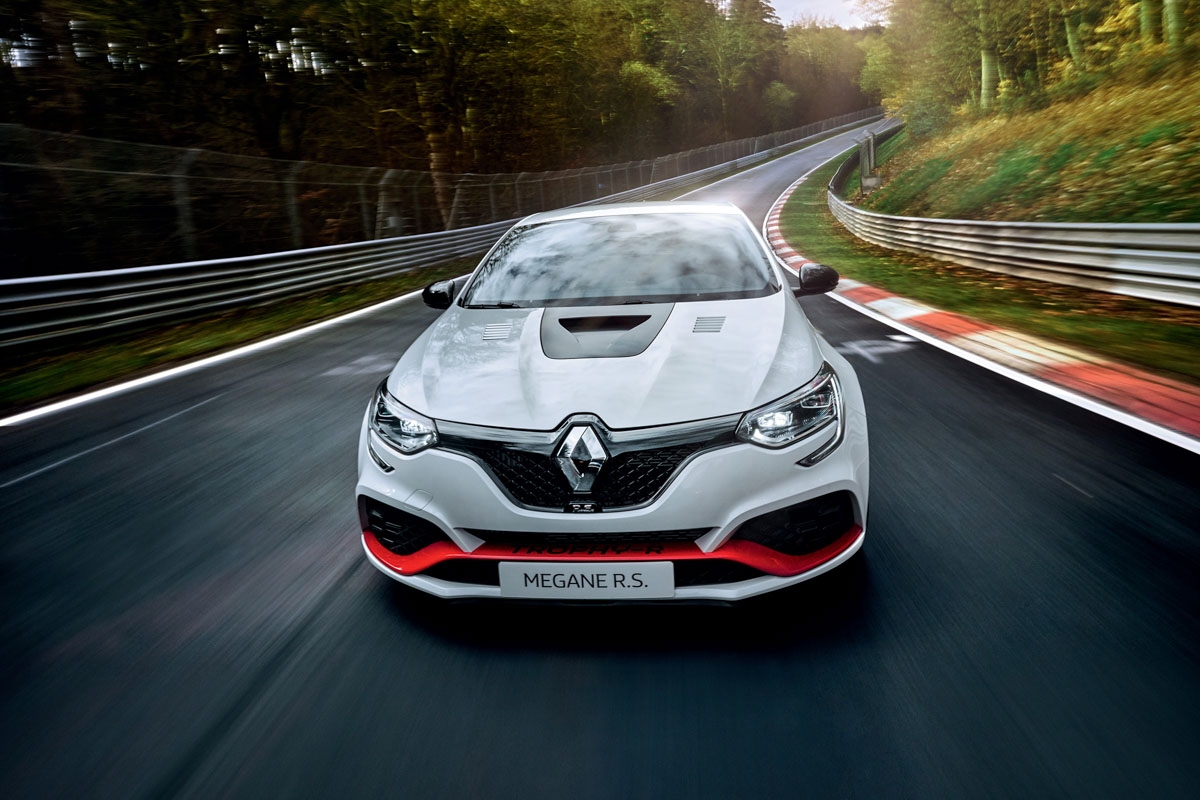 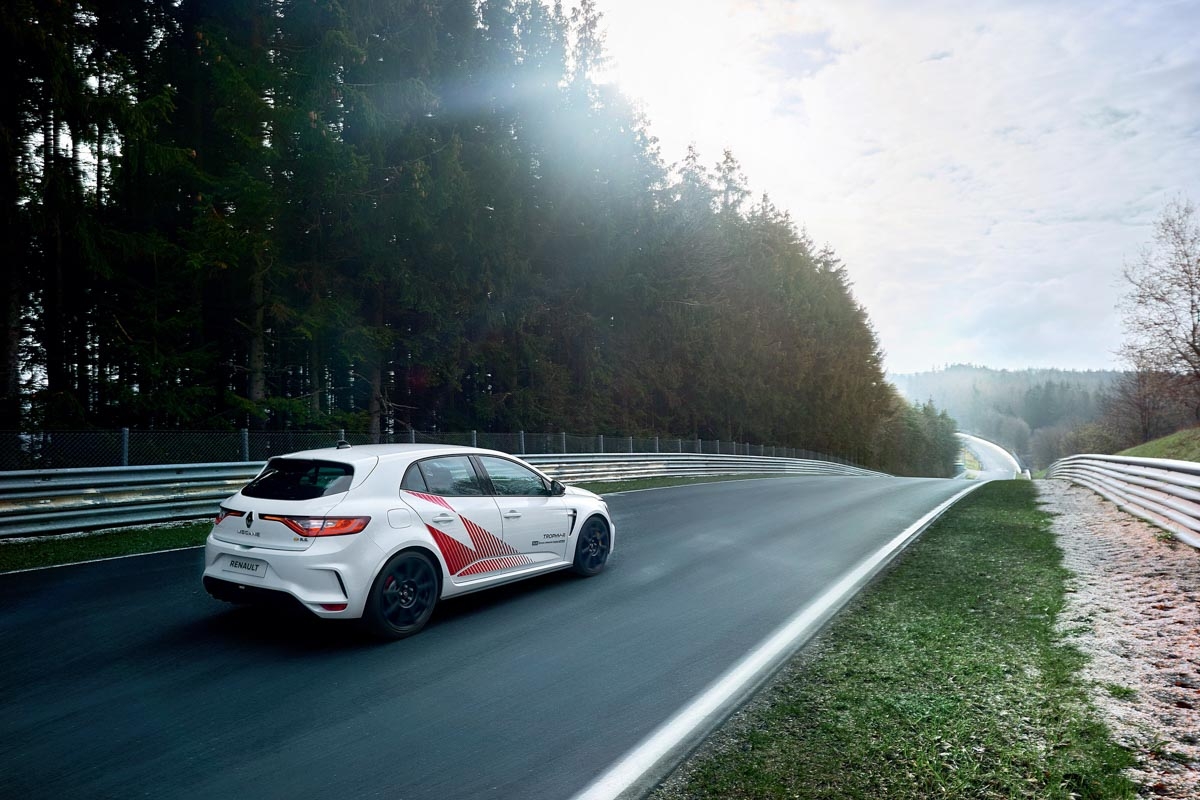 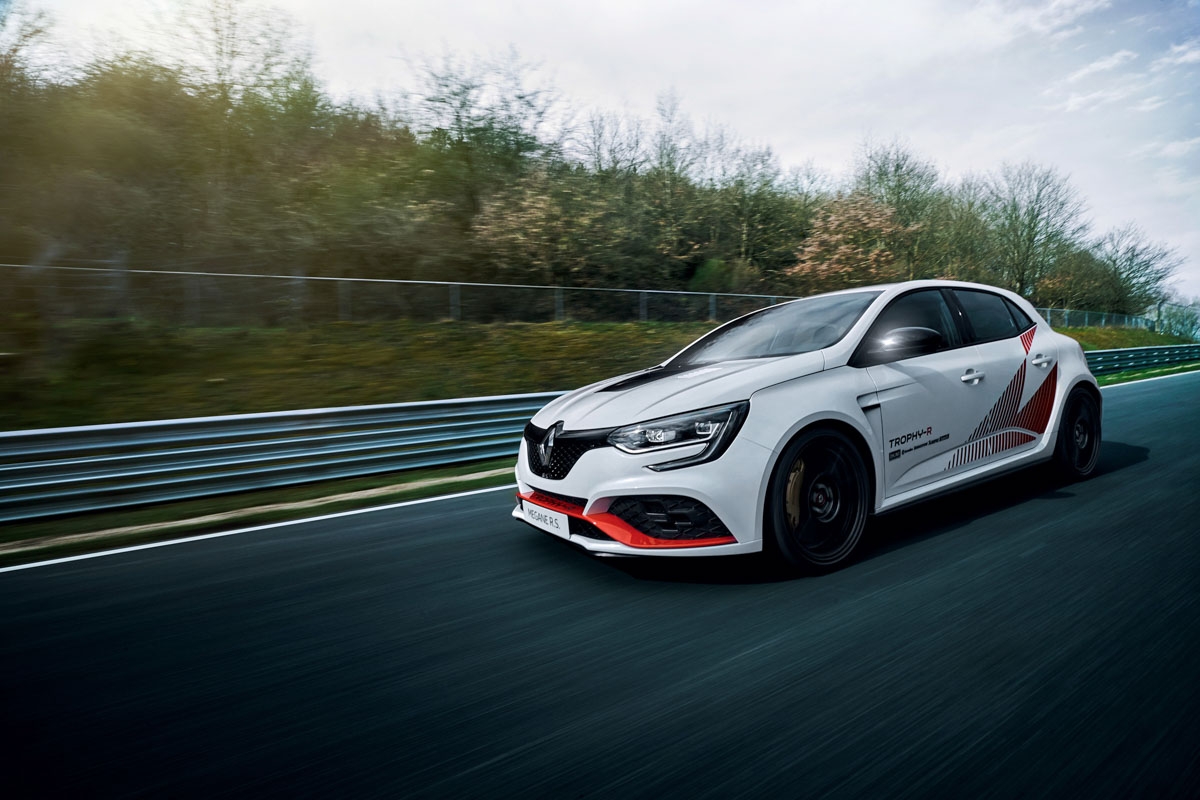 Renault Sport has reclaimed its front-wheel-drive Nürburgring record with a new version of the Mégane RS Trophy. Called the Mégane RS Trophy-R, the new model has an identical powertrain, but has dropped over 130kg, and has usurped the Honda Civic Type R that held top spot, with a lap time of 7min 40.1sec – 3.7sec ahead of the time Honda achieved back in 2017.

The Trophy-R, as its name suggests, is a derivative of the already potent Mégane RS Trophy, sharing that car’s 1.8-litre turbocharged four-cylinder engine. Power outputs are an identical 297bhp, with a peak of 295lb ft of torque. The difference here is the considerable weight saving, and technical hardware and set-up changes to handle the massive loads taken on during a high-speed lap of the Nürburgring.

Renault Sport, in its typical style, has developed the Trophy-R with a variety of high-performance parts from auspicious suppliers. The new, even bigger brakes are from Brembo, a redesigned exhaust system has been supplied by Akrapovič, and Öhlins dampers are fitted – all very serious components befitting the Trophy-R’s core deliverables.

One obvious change is the new wheel and tyre package, comprising carbonfibre wheels wrapped in sticky Bridgestone rubber. Aside from looking more menacing than the standard alloy wheels, the dramatic loss of unsprung weight is another plus, and just the start of the considerable weight loss. As mentioned above, a total of 130kg has been lost in total, and although Renault Sport has yet to tell us where that weight loss has come from, we expect that a majority of it will be from the part-stripping of the interior and the fitting of new Sabelt bucket seats.

Outside, the Trophy-R loses the standard car’s LED fog lights, but gains a new carbonfibre bonnet complete with ventilation louvres and a new ram air scoop. We’ll have to wait till the end of June for more information regarding the specific technical changes, but for now be in no doubt that the already hardcore Mégane RS Trophy is about to get even more focused.

The Trophy-R will be available as a limited edition model before the end of 2019, with build numbers in the ‘hundreds’ according to Renault Sport.

Previous ArticlePorsche Cayenne Coupe review – Porsche muscles in on the BMW X6’s turf
Next Article New BMW 7-series 2019 review – can a revised V8 breathe life into the 750i xDrive?