Tesla has now recorded a Nürburgring lap time with its Model S Plaid, if that matters 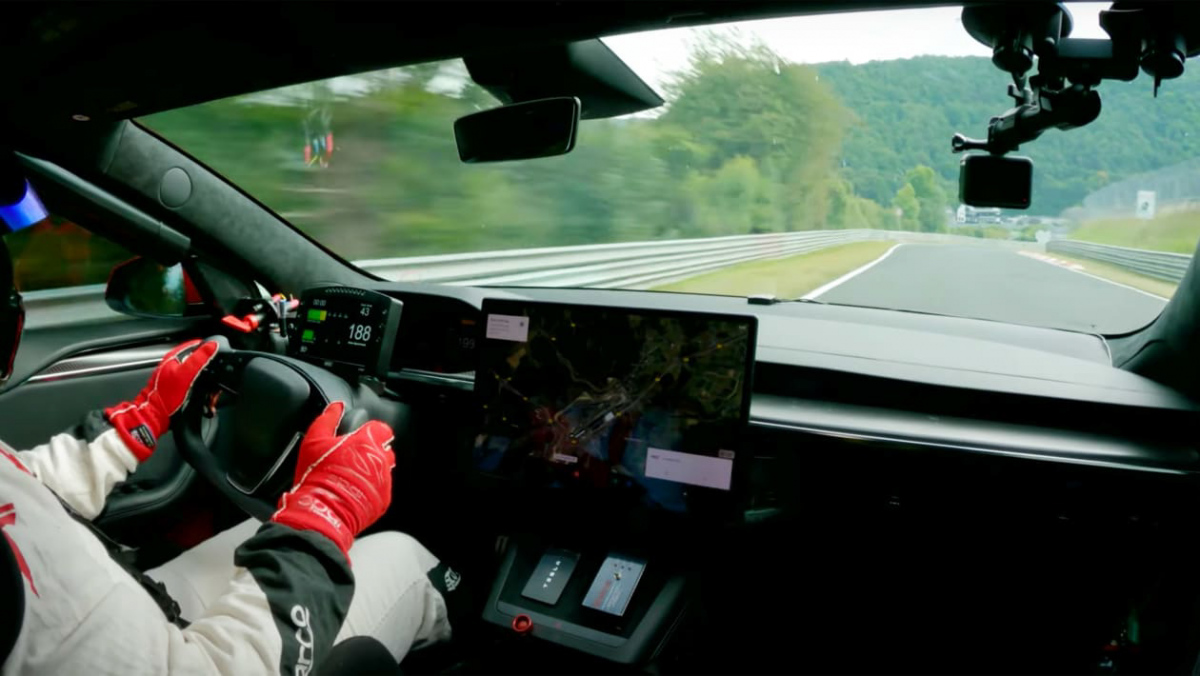 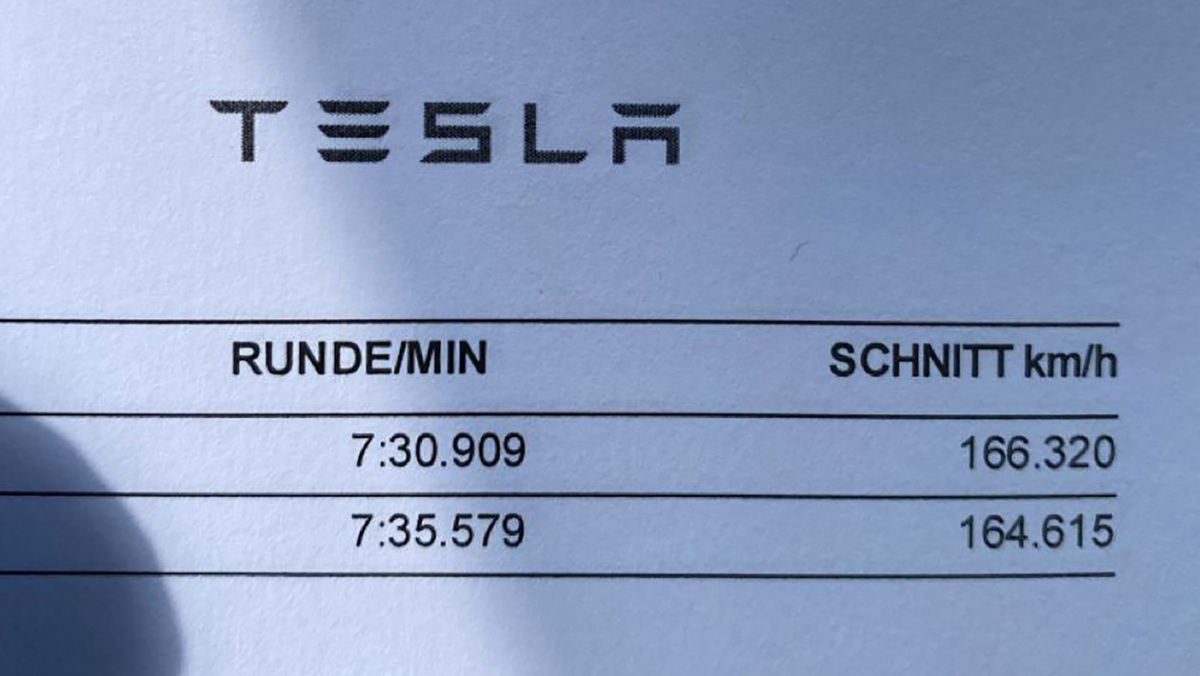 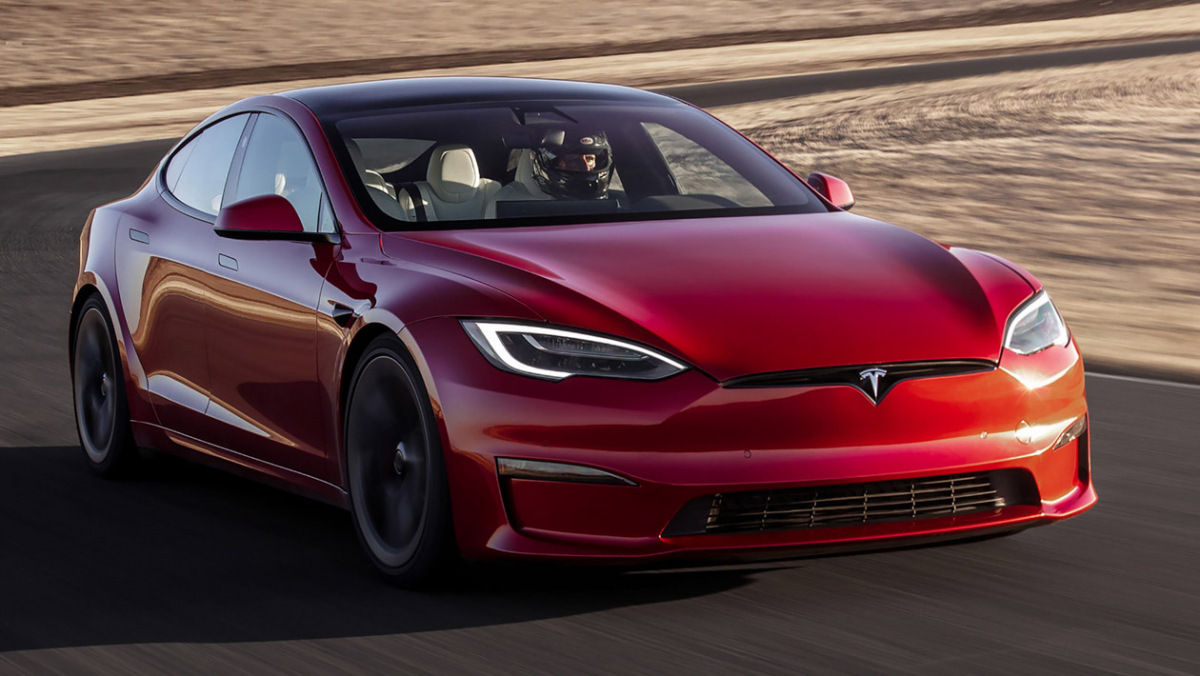 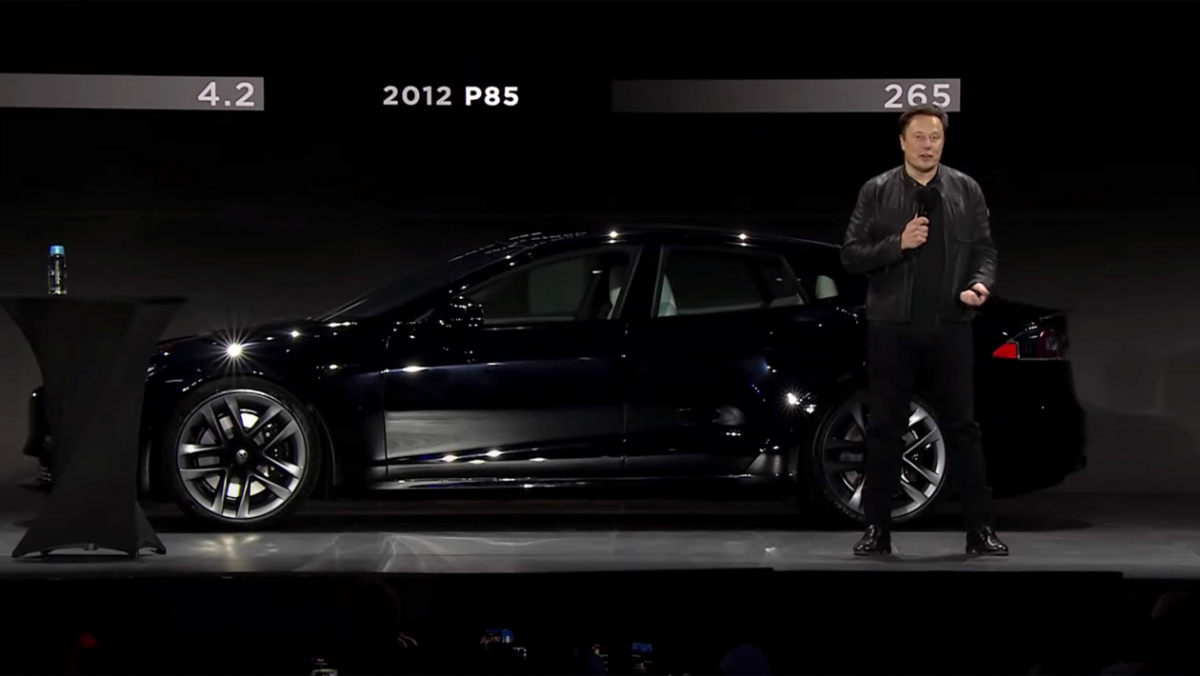 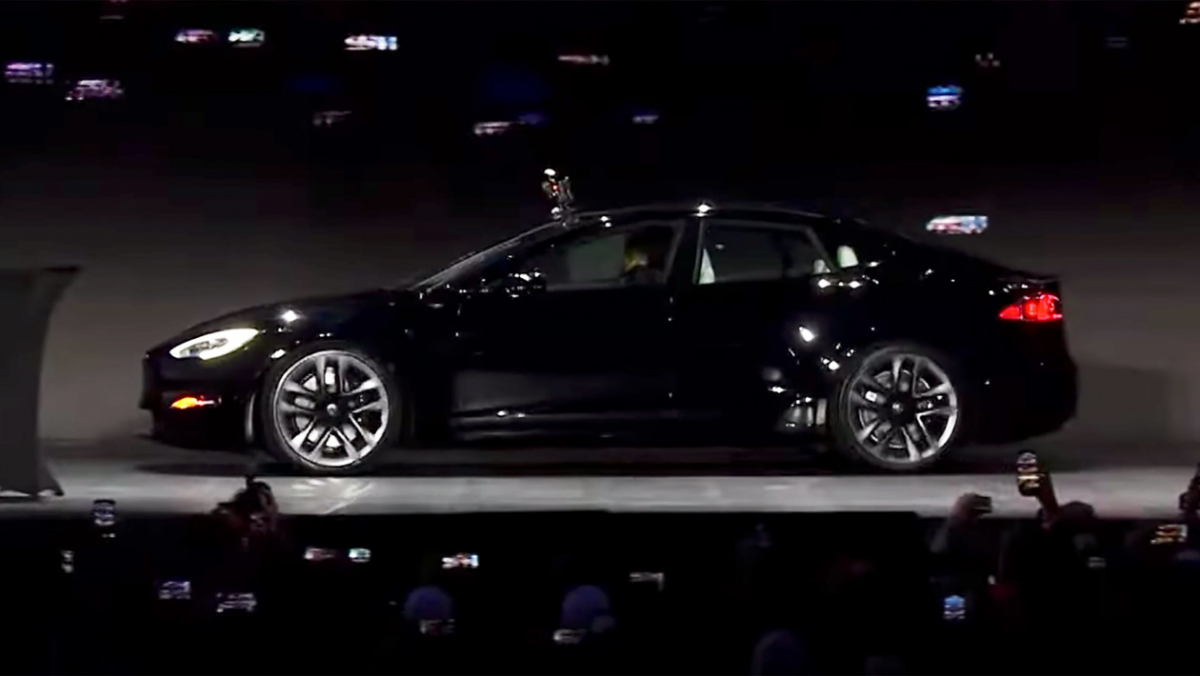 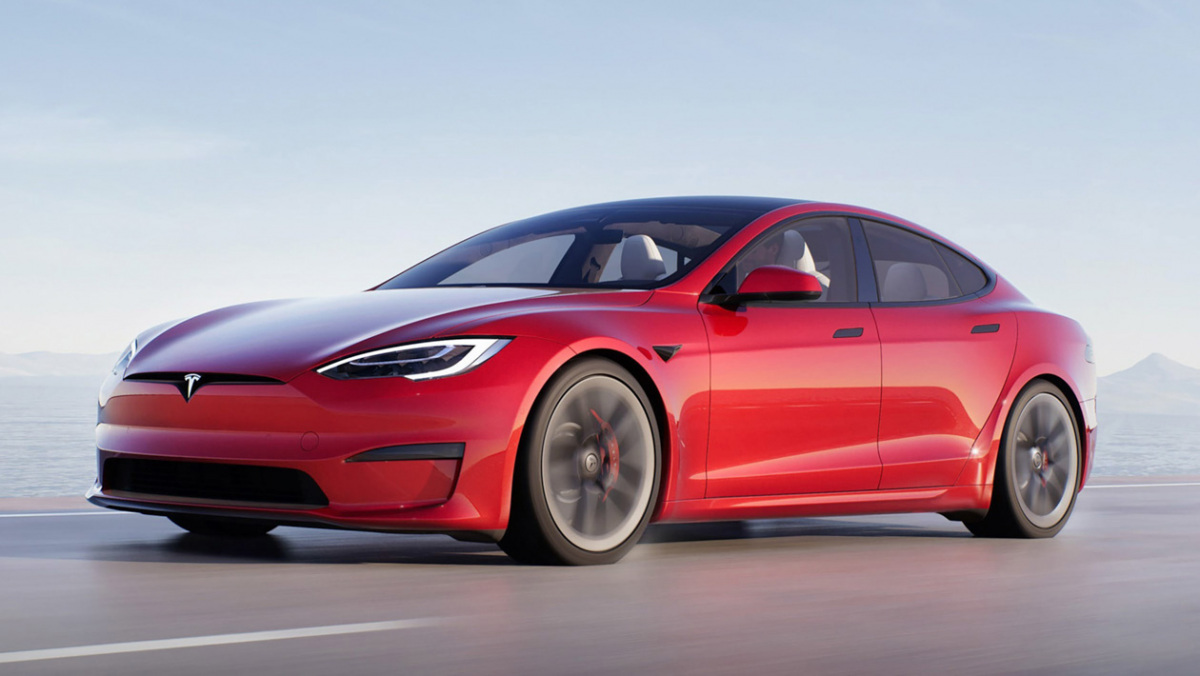 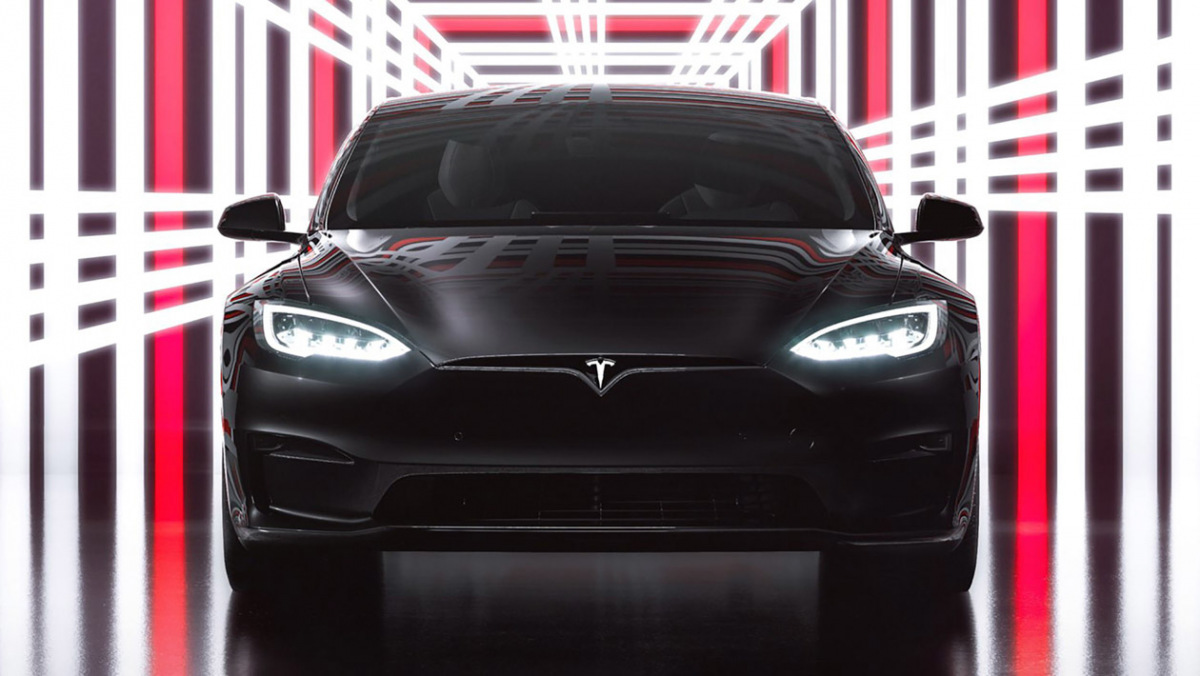 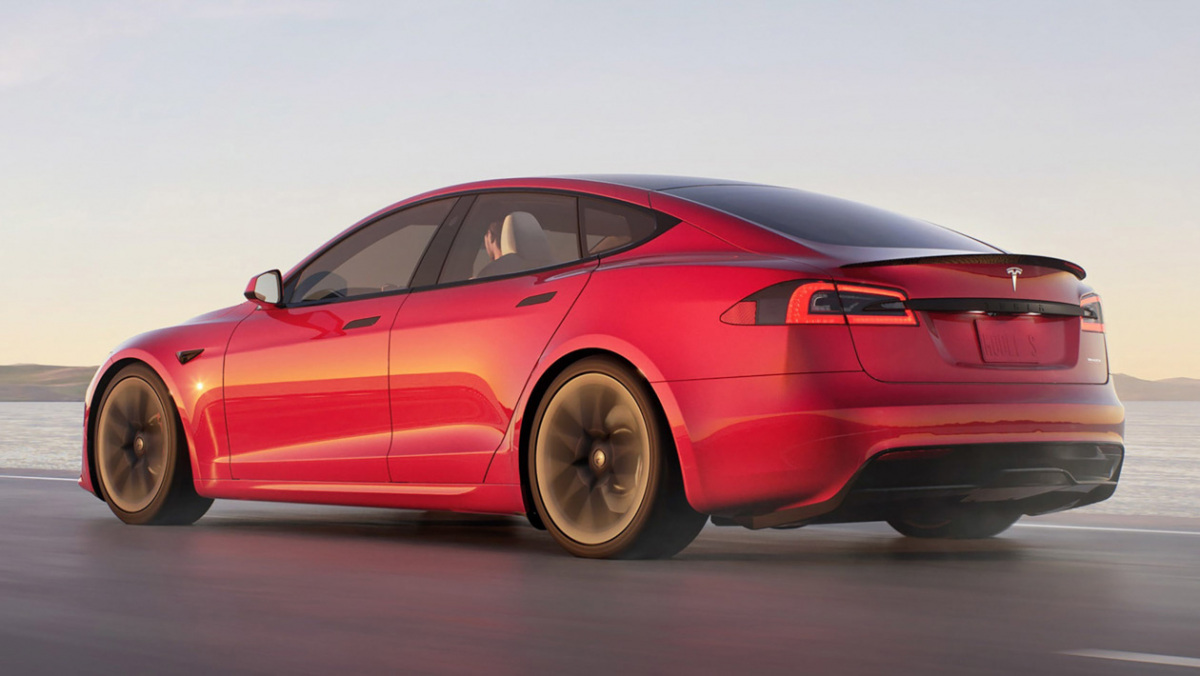 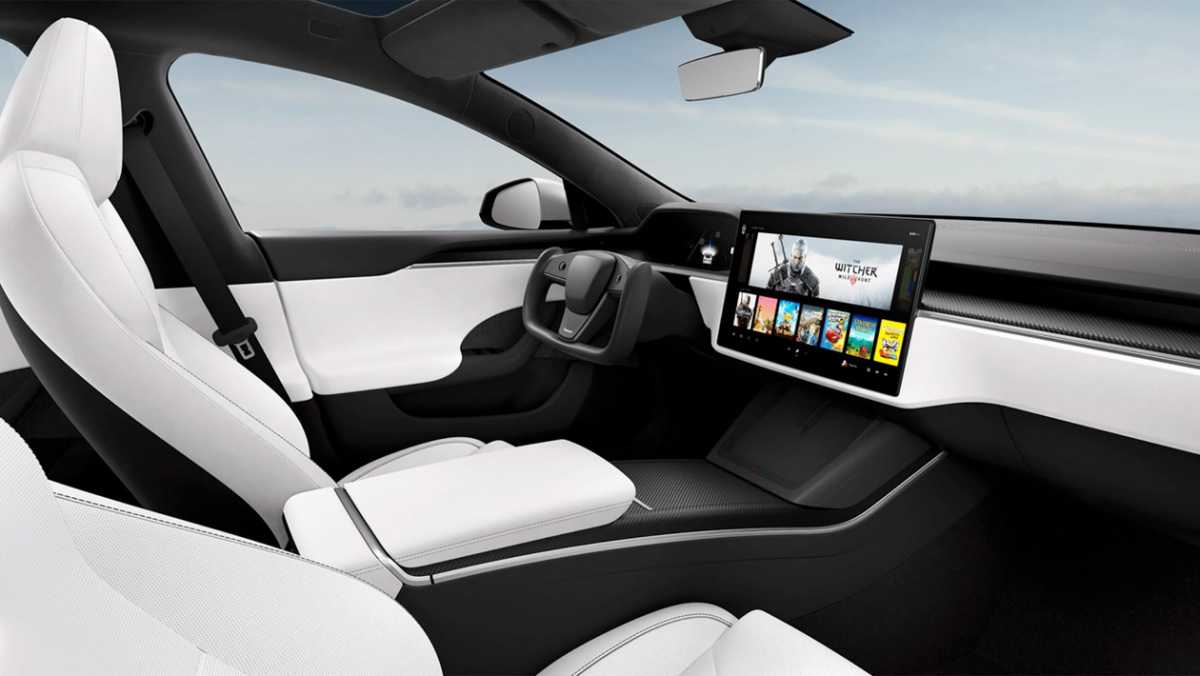 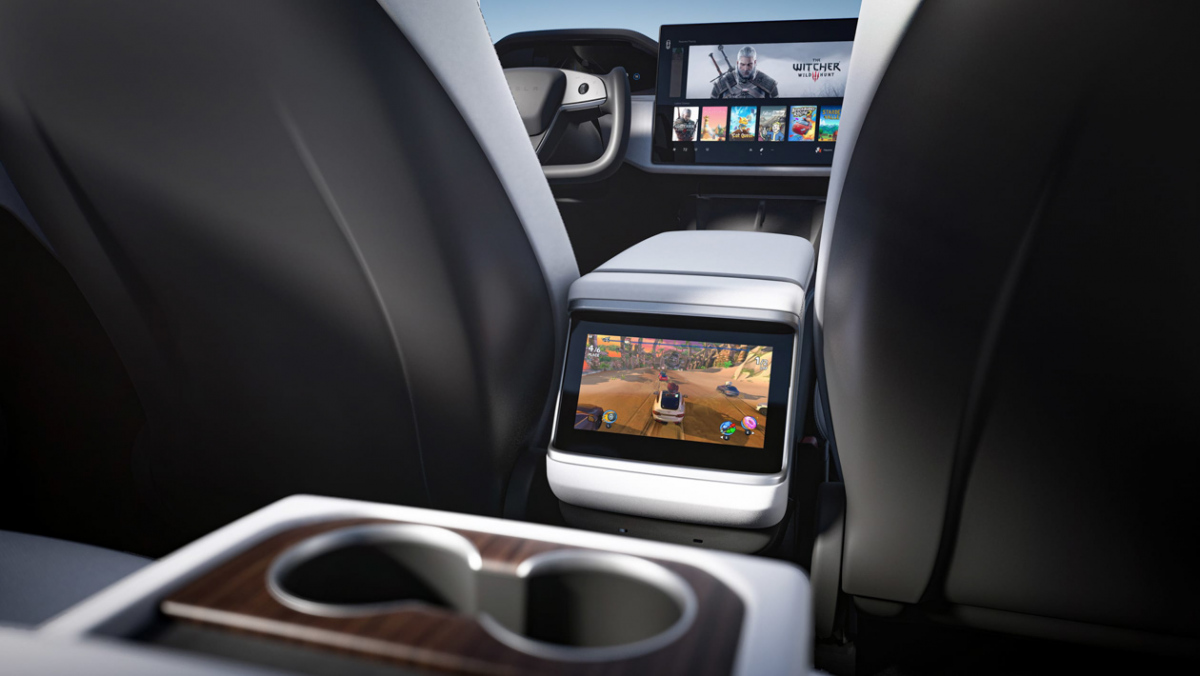 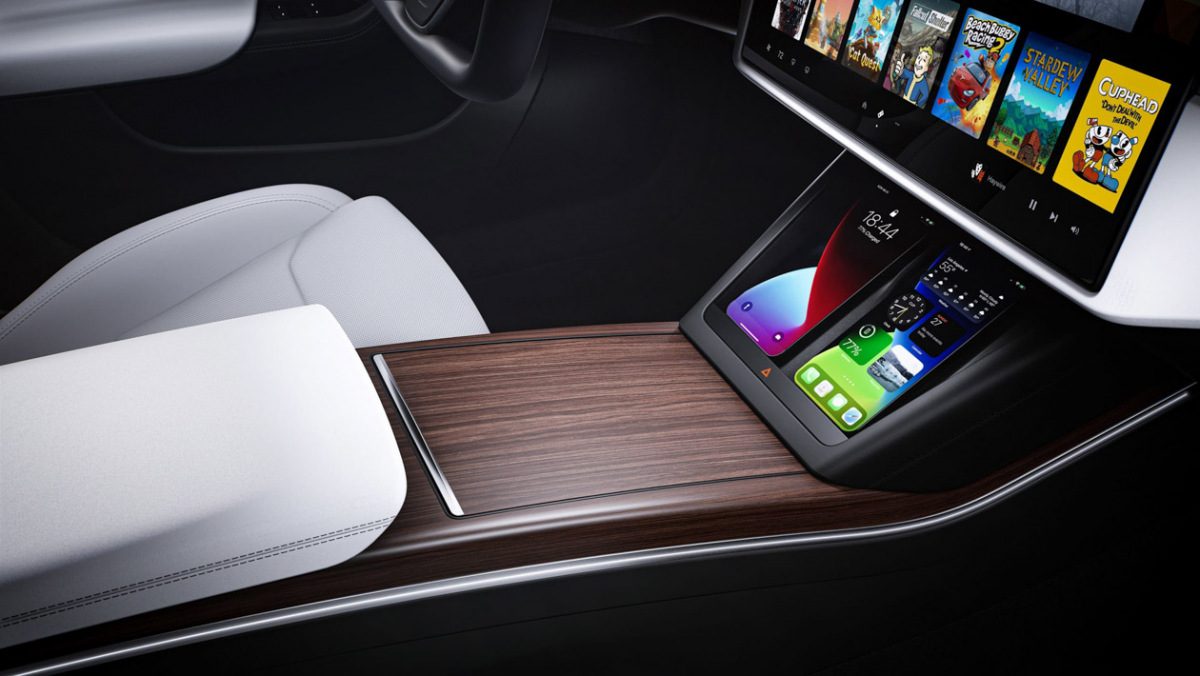 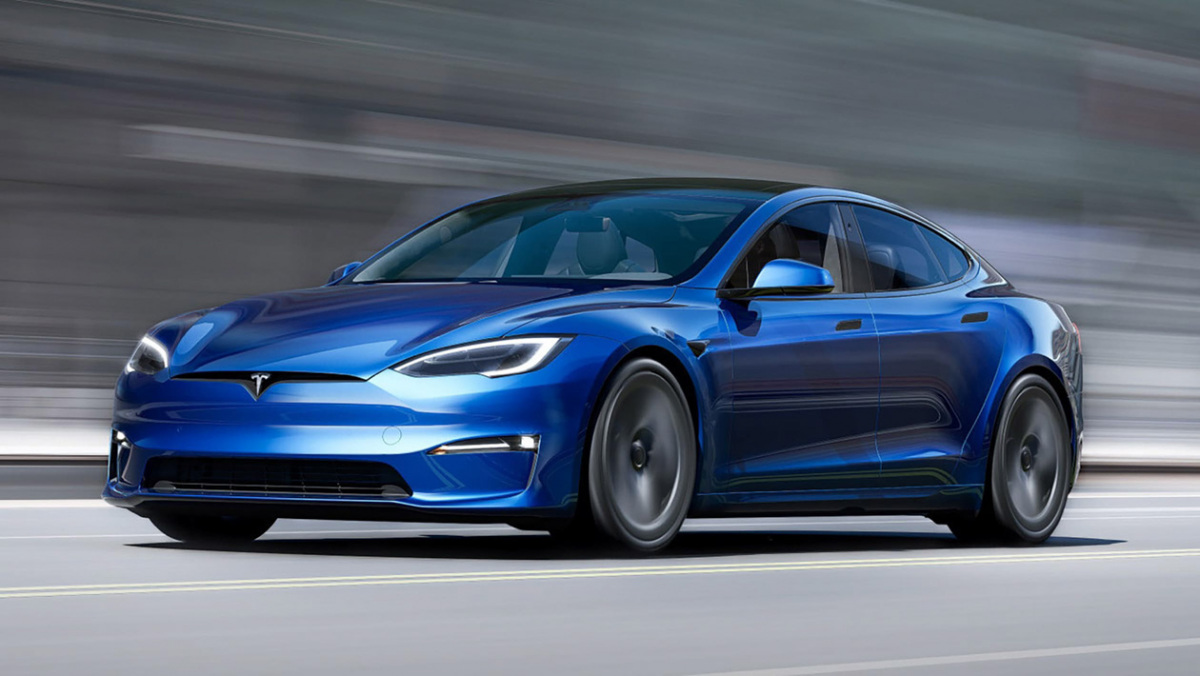 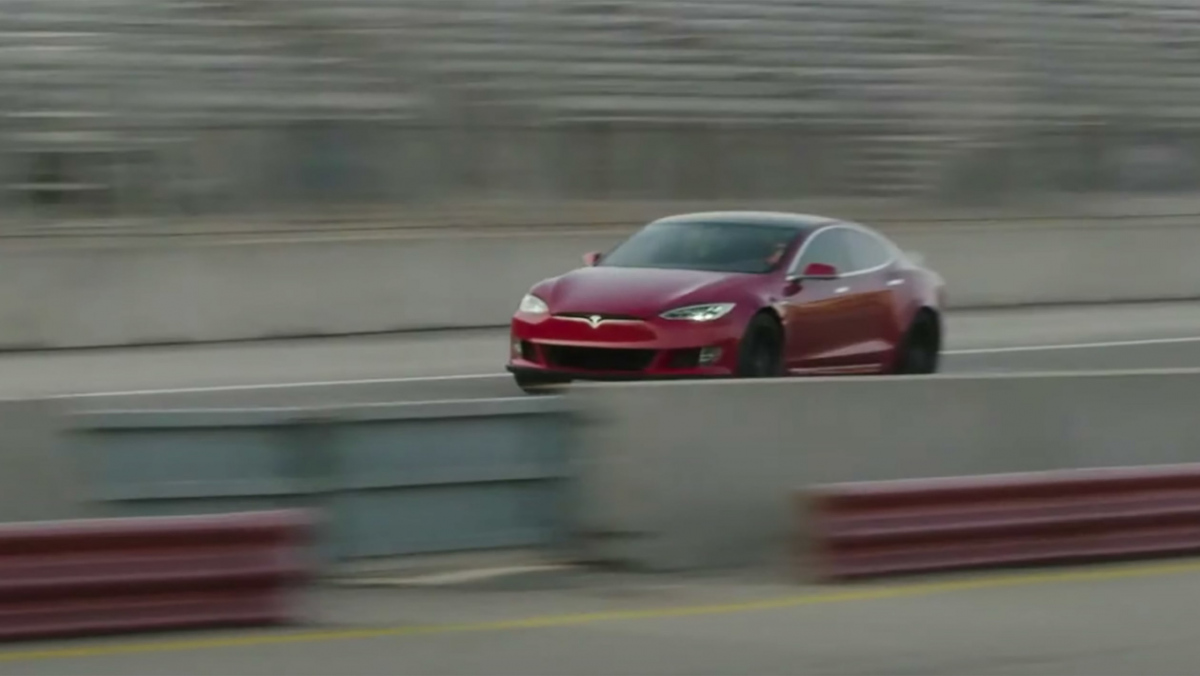 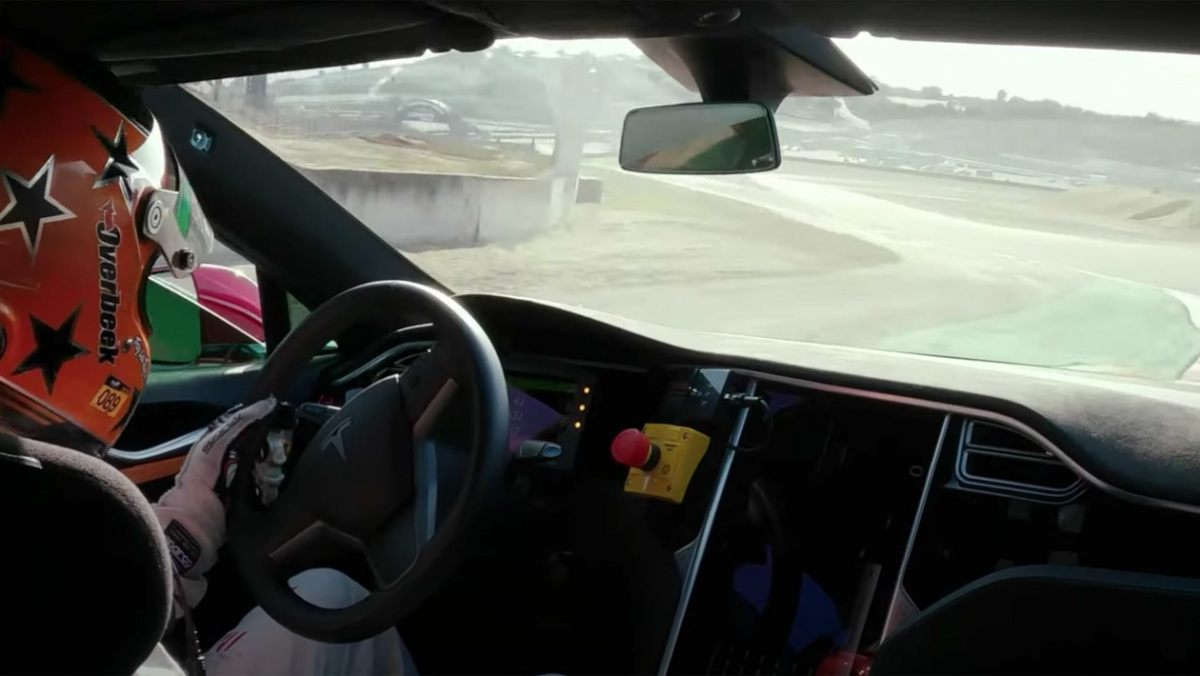 The Model S Plaid has been sent around the Nordschleife recently, with Tesla announcing a Nürburgring lap time of 7:30.9 (BTG) making it the world’s fastest production electric car around the circuit. The new Plaid is now one of just two Model S variants, sitting above the entry-level Long Range with a substantial boost in performance with prices beginning at $164,600.

With Nürburgring officials having verified the time, this time puts the Model S Plaid 11.1 seconds ahead of the previous record holder, Porsche’s Taycan Turbo (note, not a Turbo S). The attempt is said to have been set by a largely standard car, including the questionable yoke-style steering wheel, but a roll cage, modified centre console with what appears to be a kill switch and a more accurate race-spec dash can be seen from the POV footage – these additions are commonplace for such attempts.

While impressive, it is quite some way from the 7 minute 10 second lap Tesla hinted at back in 2019, proving that its claims still have a long way to go before being considered gospel (has anyone seen the Cybertruck or Roadster yet? Anyone?).

Tesla CEO Elon Musk said it would make a second attempt with a modified car, featuring ‘added aero surfaces, carbon brakes & track tires.’ Though Musk says the company ‘doesn’t have the bandwidth’ to provide such upgrades from the factory, he did reveal that a track software update is imminent – this is likely to be similar to the system found in the Model 3 Performance, allowing drivers to disengage traction control, monitor temperatures and alter power distribution.

> The Rimac Nevera is officially the world’s quickest production car

Peak power is rated at 1006bhp, delivered by a trio of new carbon-sleeved motors. Though they produce less in this application, Tesla engineers say each motor is capable of delivering around 400bhp when battery technology allows for it. It’s claimed 0-100kph sprint is currently pegged at 1.99sec (with a 1ft rollout), completing the quarter-mile in 9.23sec at 250kph and reaching a top speed of 322kph. While it’s hardly lightweight at 2162kg, this figure does make it around 200kg lighter than Porsche’s Taycan Turbo S.

Despite the intense performance, Tesla claims it will still cover around 628 kilometres on a single charge. Charging speeds have also been improved with the Plaid able to utilise all 250kW of the firm’s new V3 Supercharger stations, a 25kW improvement over the latest Model S and X models.

The Plaid features torque vectoring which might go some way to counter its hefty kerb weight, with adaptive air suspension also standard. Although not confirmed, the configurator appears to reveal the use of larger brakes too, which would be a minimum upgrade given the four-figure power output. Also new is an upgraded heat pump for better cold weather performance and a radiator twice the size of its predecessor. The latter is said to allow for back-to-back launches and spirited driving without performance degradation – something Porsche ensured was covered in its electric flagship.

Also announced as part of the 2021 facelift, the Plaid will also come with a new interior, swapping its predecessor’s portrait display for a 17-inch landscape unit. Unlike in the Model 3, the driver is also treated to a new 12.3-inch display behind the steering wheel, with an 8-inch unit making an appearance in the back for rear seat entertainment. Both the new yoke-style steering wheel and lack of improved seat bolstering are questionable, but the Plaid does appear to feature seat perforations for improved grip. The wood trim of the Long Range is also swapped for carbon fibre.

Exterior design on the Plaid is identical to the Long Range, with only minor tweaks made to the front and rear bumpers for improved cooling – the only way to tell a Plaid apart from the Long Range is its red brake calipers and Plaid badging. 19-inch aero-centric wheels come as standard, however 21-inch ‘Arachnid’ items can be fitted at a $6100 premium. Drag coefficient has been improved over the outgoing model, with an impressive 0.208 figure outdoing even Porsche’s slippery Taycan.

Stacked up against its arch-rival, the Porsche Taycan, it seems a good value offering on paper. The range-topping Taycan Turbo S comes at a $27,500 premium over the Model S Plaid, but is quite some way down on claimed straight-line performance and range. The Tesla is said to reach 100kph six tenths sooner than the Porsche and boasts a top speed 61kph higher. Range is also on the Plaid’s side, with Tesla claiming it will travel around 160 kilometres further on a single charge.

The Tesla Model S Plaid will start from $164,600, an $11,000 increase over the price announced last September thanks to the cancellation of the more expensive Plaid+, giving them plenty of time to iron out the bugs and prove in the real world its claimed performance. For now, the first 25 US cars have already hit the road, ramping up production over the next few months targeting 1000 cars per week by Q3 2022.