The big, bold, brash new face of Mercedes’ EV strategy is here, in the form of the EQS 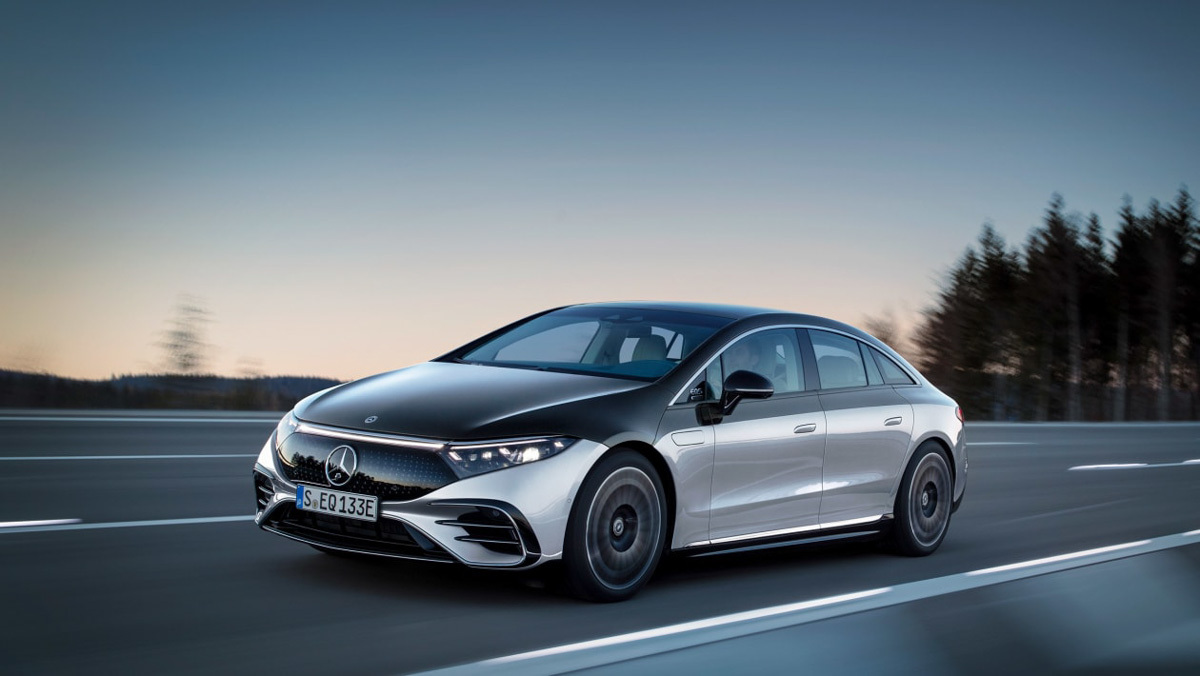 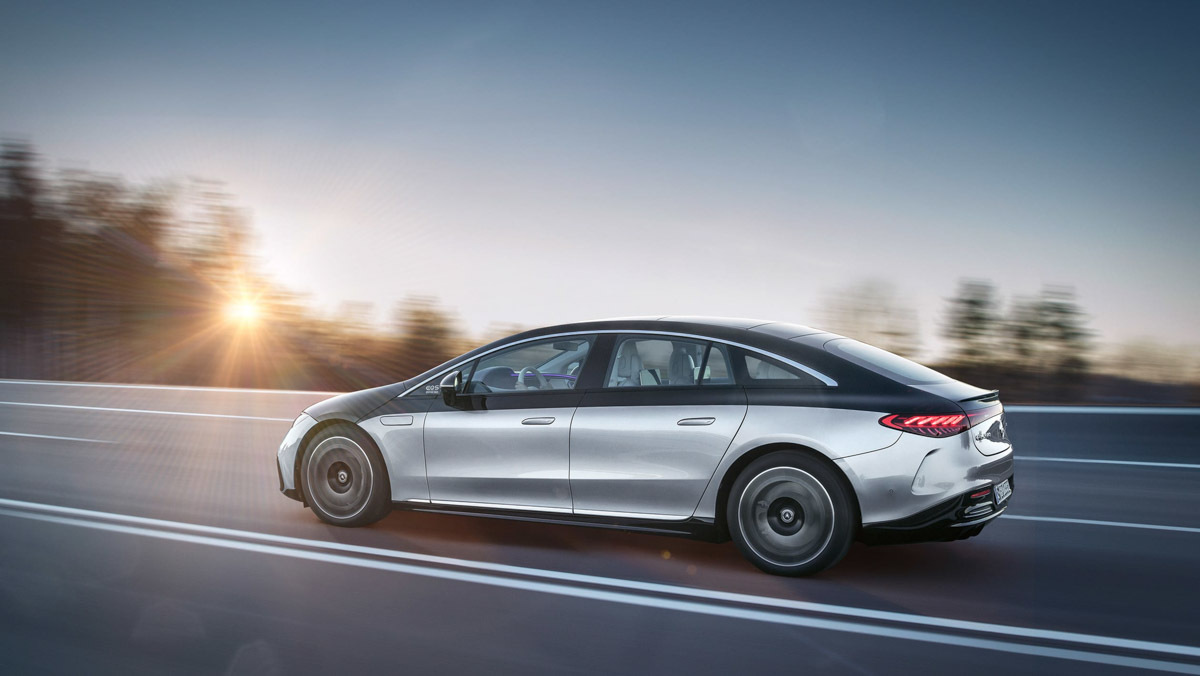 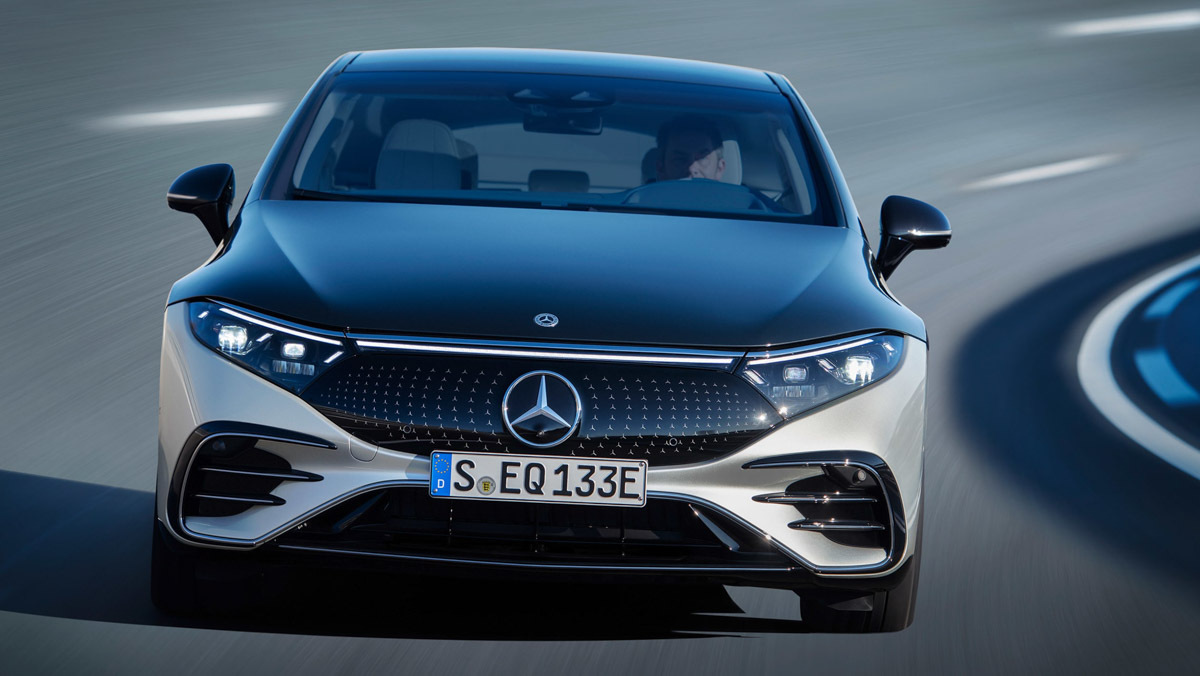 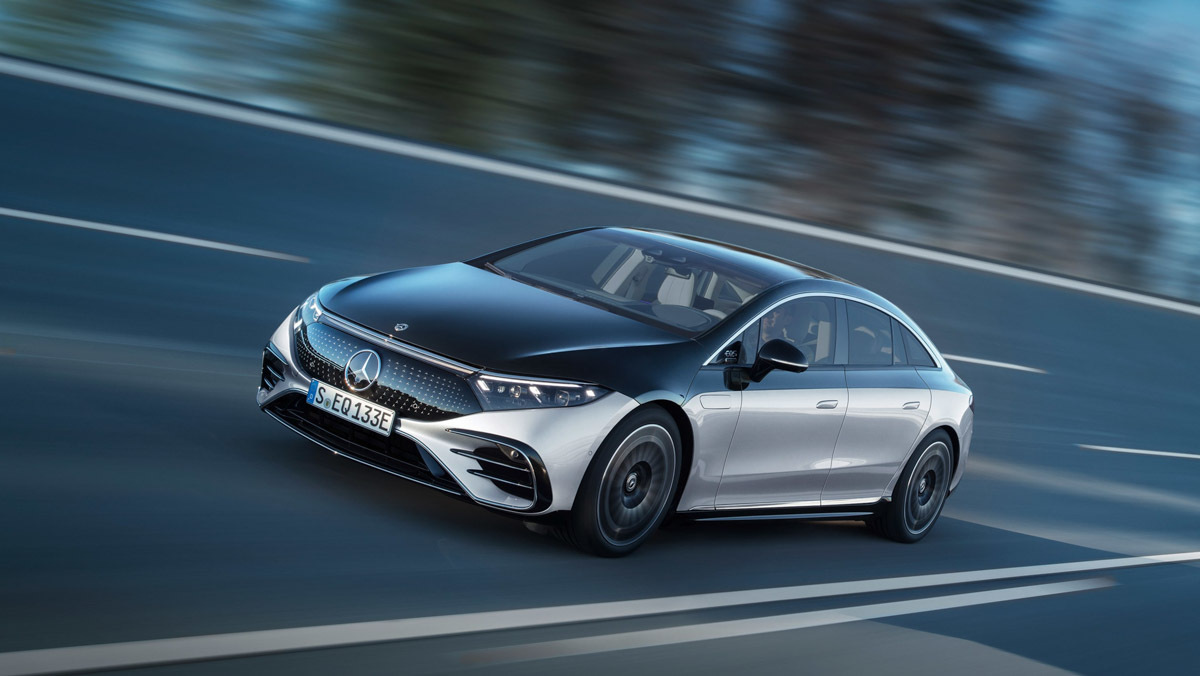 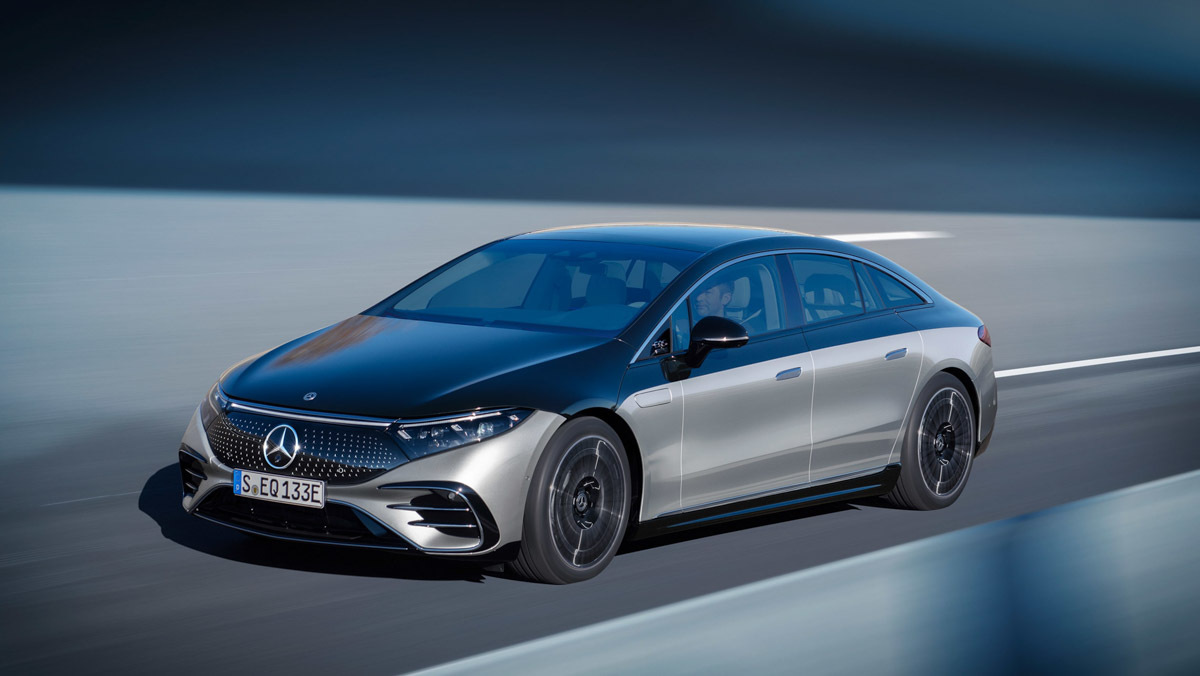 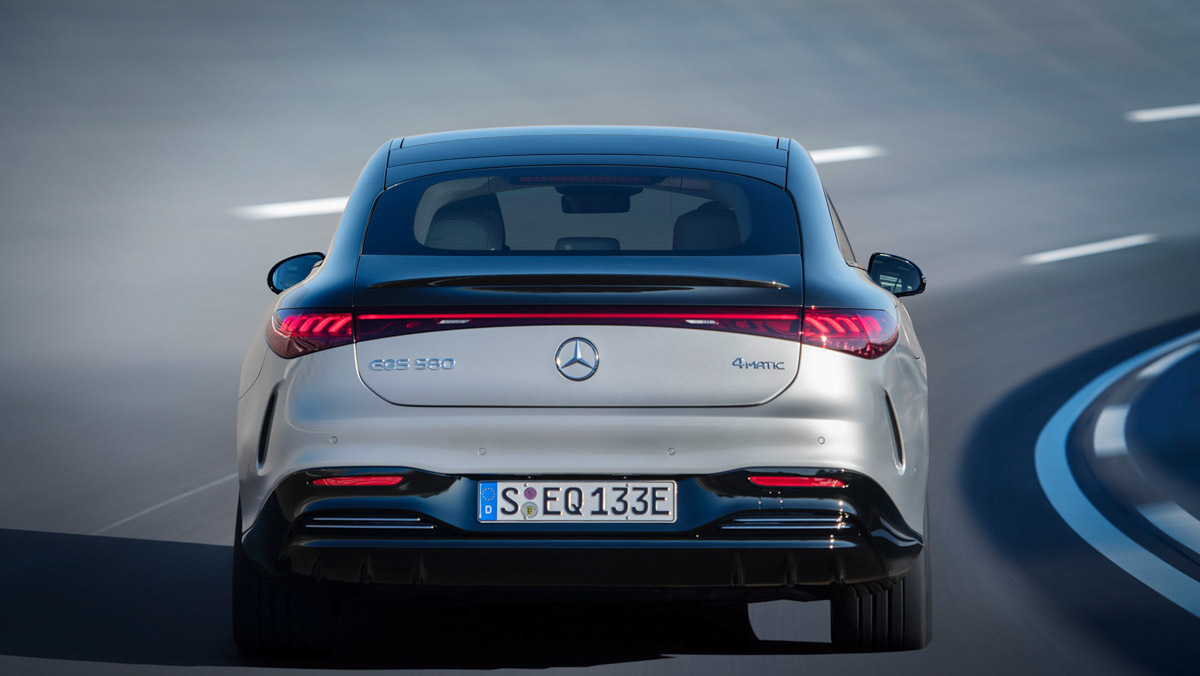 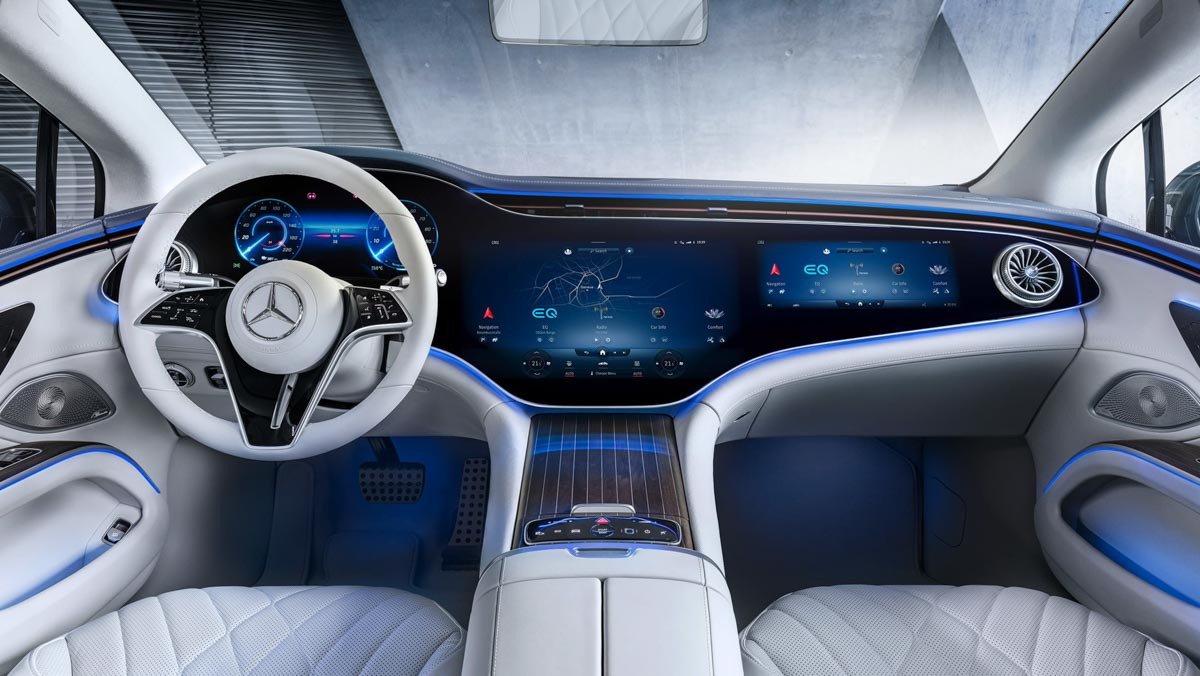 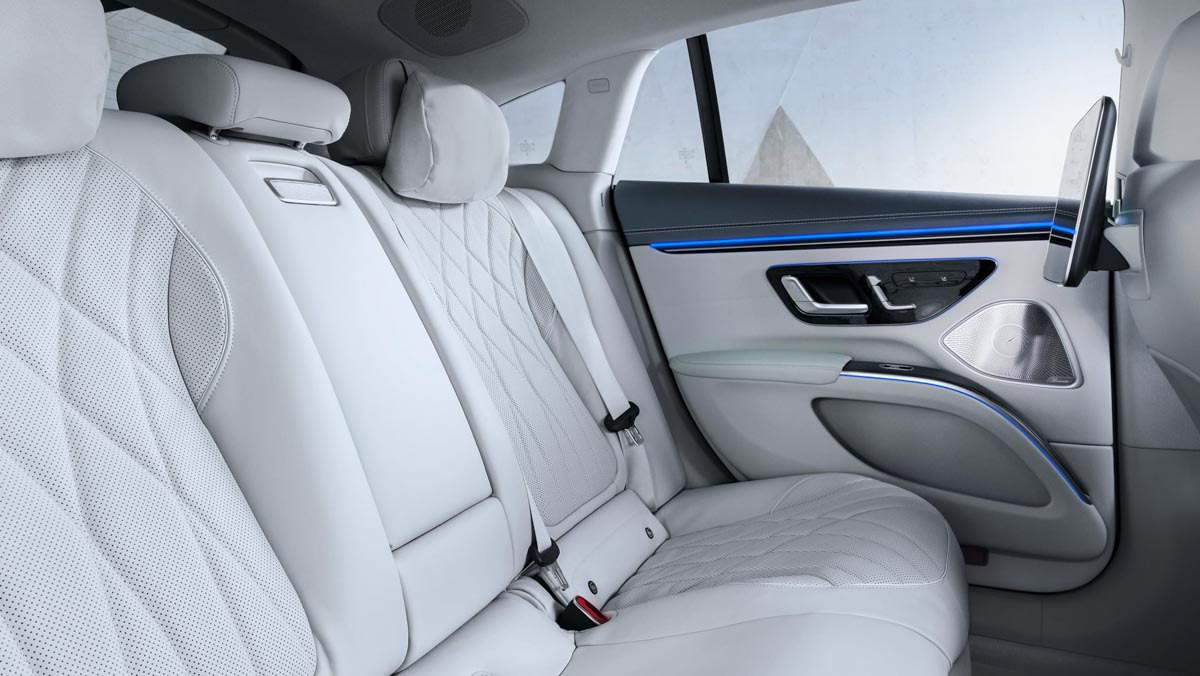 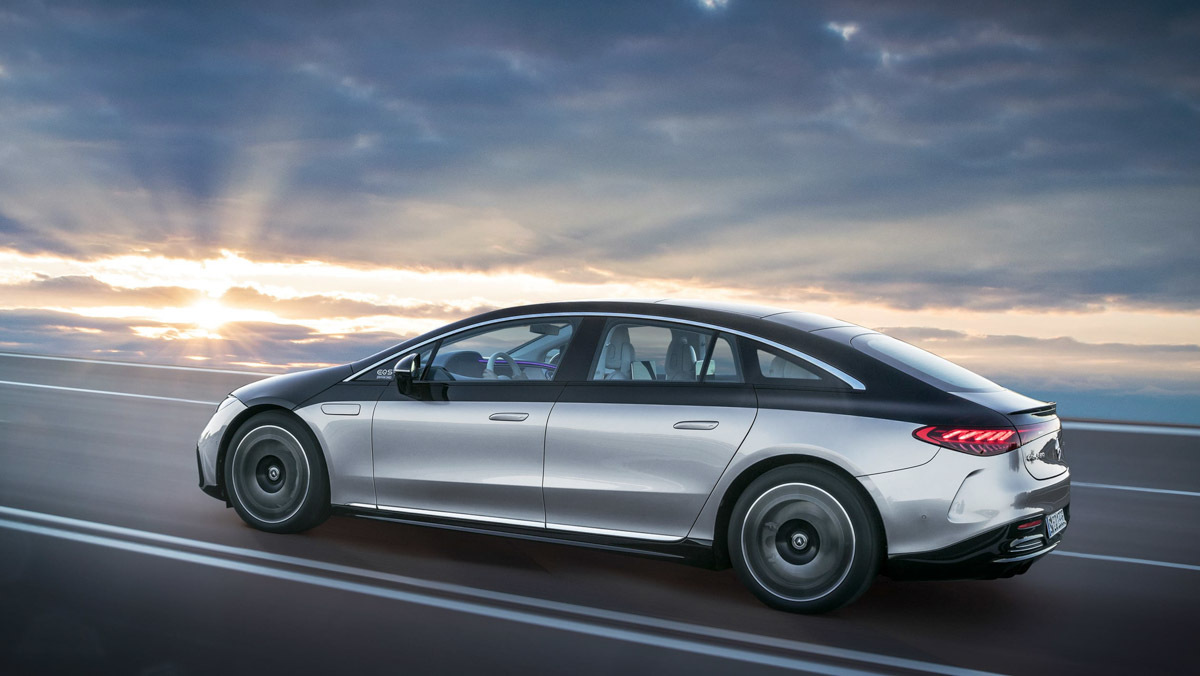 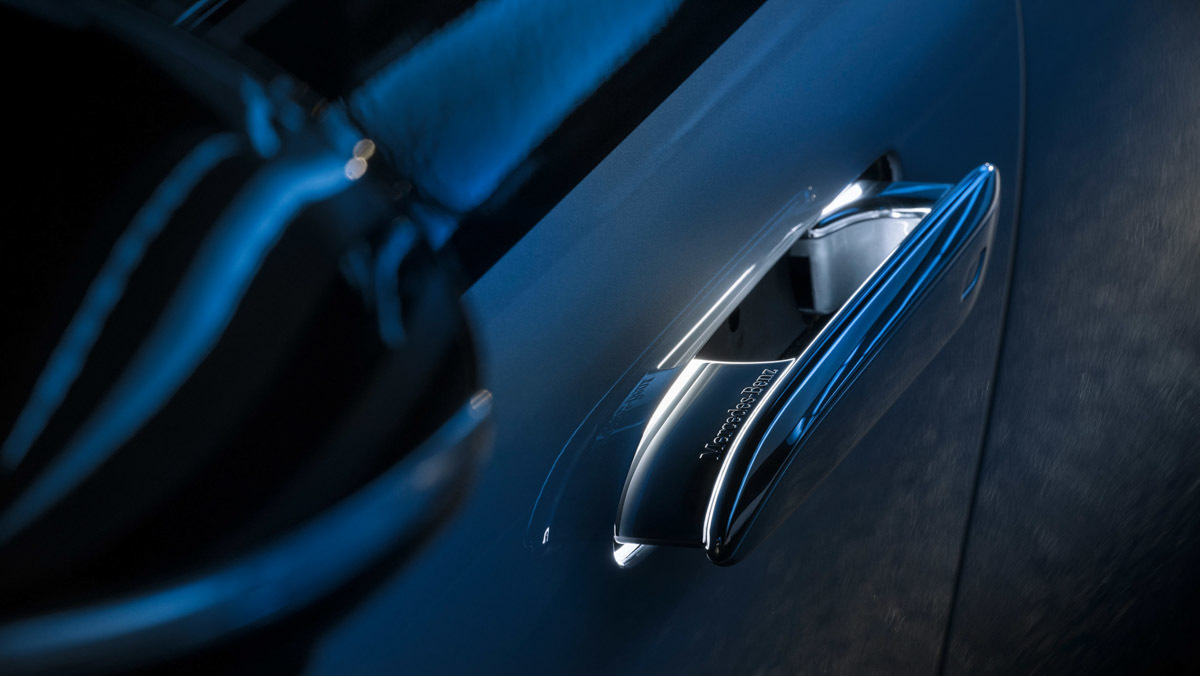 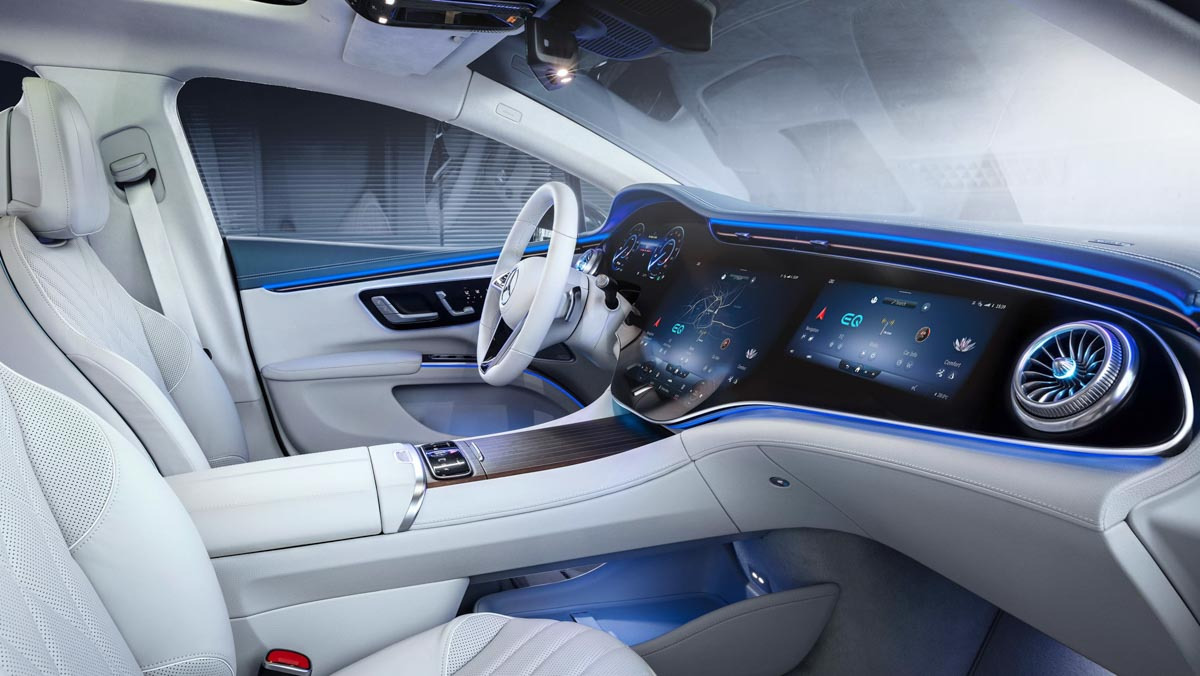 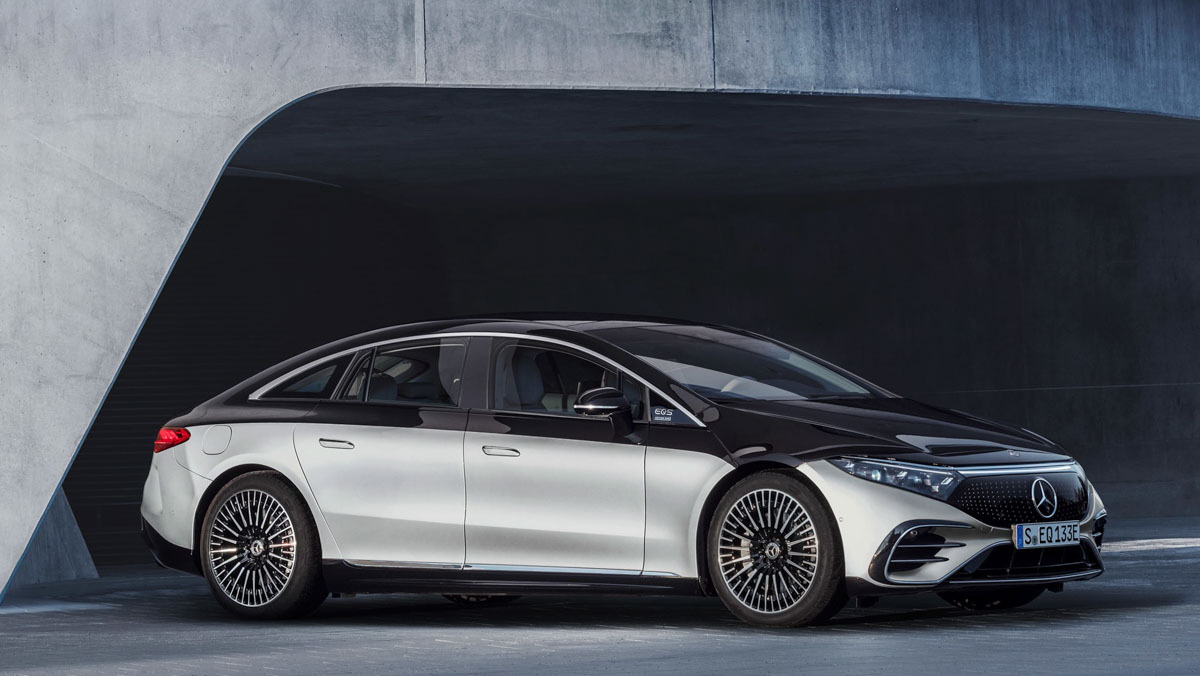 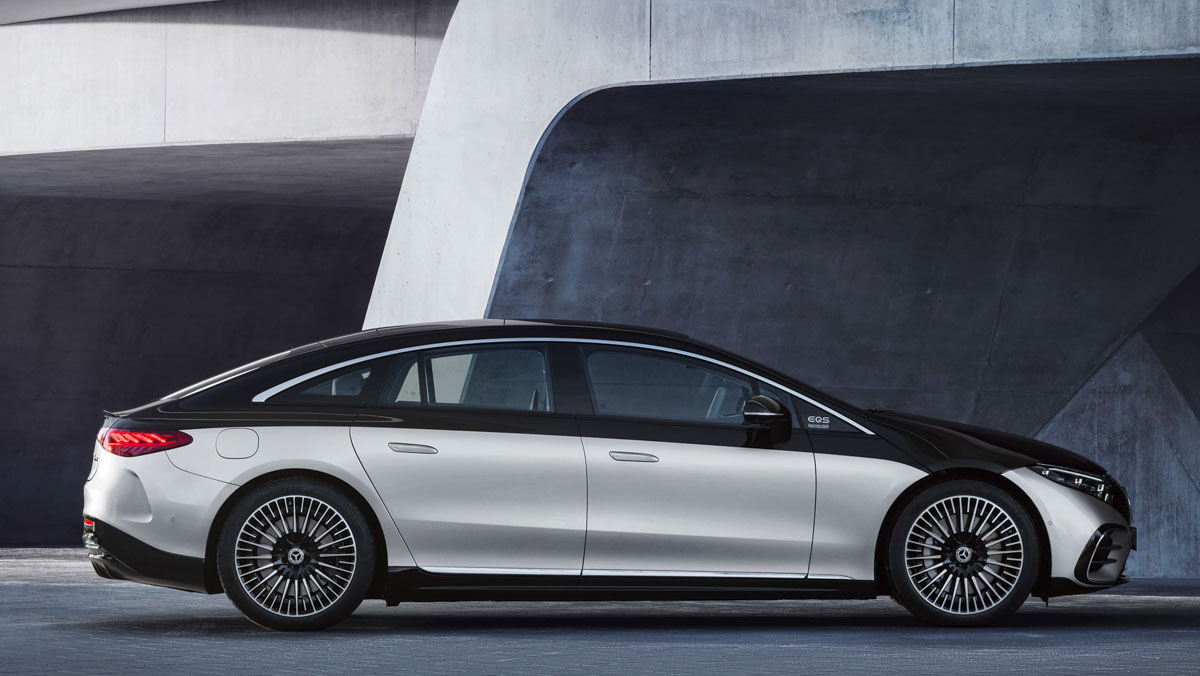 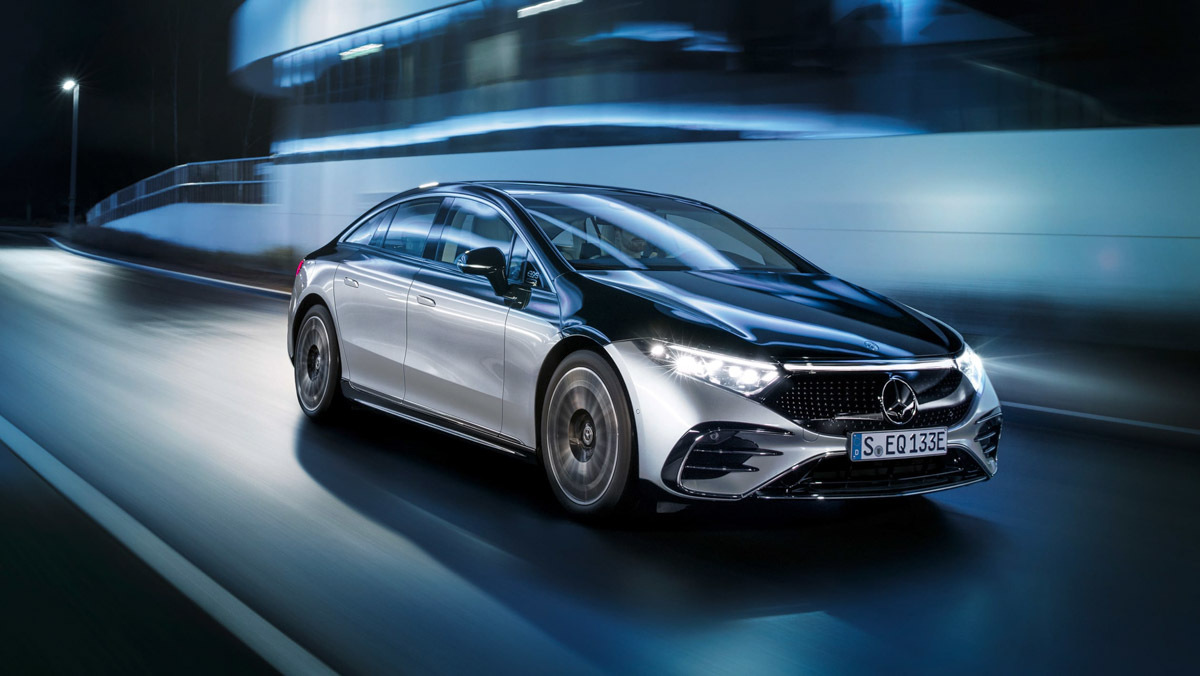 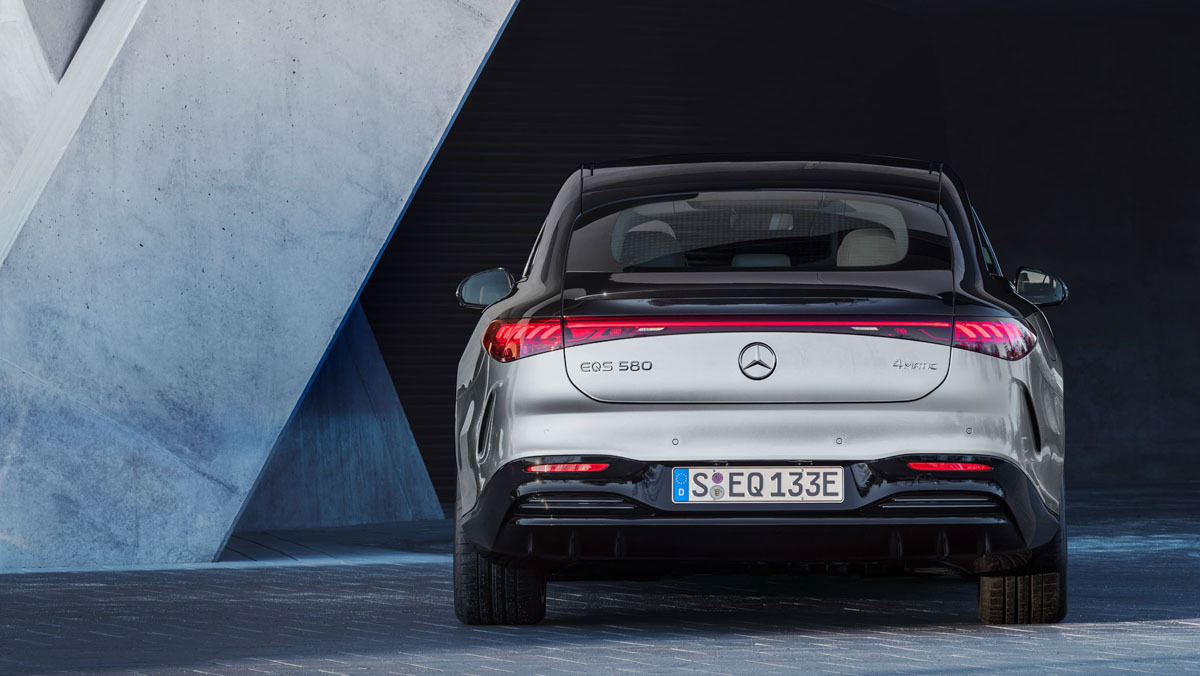 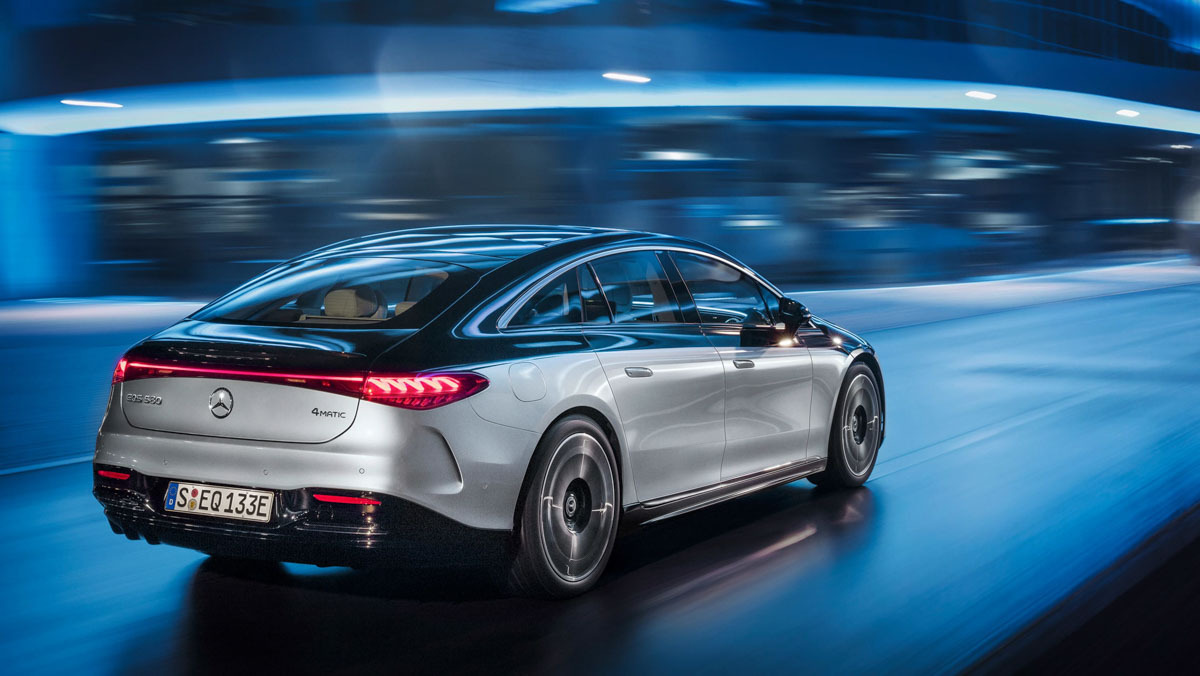 The beginning of the end has arrived for the Mercedes S-class. The timeless saloon, for so long a symbol of Mercedes-Benz’s heritage, technological prowess and ultimate luxury, has been replaced. Not physically of course (the latest S-class has only just hit the road), but symbolically it’s now considered a legacy product, leaving Merc’s new flagship to be realised in this, the new EQS.

It’s difficult to overstate the EQS’s importance – not only is this a representation of Merc’s latest technology, it’s also a looking glass into where it plans to go. A technological leader in the form of an electric saloon – it’s a baseline of a whole new era of vehicles for Mercedes-Benz, and a platform for the next generation of performance models. For now, though, there’s a lot to unpack in the new EQS, starting with its structure.

Like all the big players embracing electrification, Mercedes-Benz has developed a brand new and bespoke chassis that the EQS is the first to utilise. Its layout is similar to that of many bespoke EVs, built around a flat battery pack that sits under the boot floor, with the axles and integrated electric motors at either end. At 5216mm long, the EQS is a scant 37mm longer than an S-class, slightly narrower at 1926mm and a tad taller at 1512mm, giving you some idea as to its outright size. Due to the tiny overhangs and long cabin, interior space is significantly larger than that of the standard-wheelbase S-class, which also negates the need for a long-wheelbase variant.

The EQS will launch with both a single- and dual-motor option, with a basic EQS450 featuring a single 328bhp motor on the rear axle driving the rear wheels through a single-speed transmission; torque is rated at 419lb ft. The EQS580 adds a second electric motor, to the front axle, bringing power up to 516bhp, with torque rated at a much healthier 630lb ft.

Both variants share the same battery pack, which has a large 107.8kWh of useable battery capacity – for context, a Porsche Taycan has 83.7kWh of useable capacity. Mercedes claims this capacity gives the EQS a range of up to 767 kilometers, a substantially higher figure than those of all its main rivals aside from Tesla’s Model S Plaid+, which Tesla claims can achieve over 837 kilometers – a figure driven by new battery technology that’s still yet to be fully productionised.

Charging is rated at up to 200kW, which with an appropriate fast charger will yield up to 300 kilometers of range in 15 minutes. Of course, big batteries also mean big weight, and the EQS does not escape this fact with a DIN weight of a quite astonishing 2585kg for the dual-motor EQS580 – and the single-motor 450 isn’t far behind at 2480kg.

As one might expect for a luxury saloon, outright accelerative performance has not been prioritised, but is still nothing less than adequate. Base EQS450 models will reach 100kph in 6.2sec, with the EQS580 dropping that down to 4.3sec. Top speed on both models is a limited 202kph.

Mercedes-Benz has announced that a more powerful model with 777bhp is also in the works, likely to be realised as AMG’s bespoke EV flagship. For now though, the EQS is very much geared towards ultimate comfort and groundbreaking technology.

Despite all this new-generation tech, the suspension layout is derived from the combustion S-class, running four-link front and multi-link rear suspension designs with air springs and adaptive dampers fitted. The four-wheel-steering system is shared with the new S-class too, with a standard system turning the rear wheels up to 4.5 degrees, and a ten-degree system optional. Strangely, the hardware of the two systems fitted to each car is identical, with the optional system able to be activated over the air for an additional fee.

The EQS draws its aesthetic foundations from the 2018 Frankfurt concept car of the same name, with this First Edition model even sharing its navy-over-silver paintwork and a multi-spoke wheel design. With its underpinnings having so little to do with the large luxury Mercedes-Benz saloons we’re used to, it’s not surprising to see its aesthetic tread its own path.

This aspect is exaggerated by the short bonnet, which is fixed in place and only able to be removed by technicians. For access to the wiper fluid, there’s a small flap on the front wing. The grille has also been reimagined as a convex black panel, housing both the typical three-pointed star and all the active safety hardware behind.

Thanks in large part to the smooth silhouette and tight shutlines up front, the EQS is the slipperiest production car ever, with a drag coefficient of just 0.20. Mercedes has already revealed the interior, which will optionally feature what it calls the Hyperscreen, which is in fact three separate displays set behind a single curved piece of glass stretching from door to door.

The EQS is due to hit the road in Europe later this summer priced from around $110-$140k for the two models revealed.

The foundation of all electric car development is based on a simple notion: the reduction and eventual elimination of carbon emissions. While electric cars are quickly becoming a symbol of companies and countries tackling the issue, it’s crucial to understand the wider environmental footprint of electric cars such as the new EQS, rather than just focusing on the fact they don’t have an exhaust pipe.

Mercedes has the beginnings of a rationalisation of the EQS’s carbon footprint, something that is especially important considering the sheer size of the car’s battery pack and the scale on which Mercedes plans to produce it. The EQS’s batteries are manufactured in-house by Mercedes-Benz, and are said to be of a new construction that reduces the level of heavy metals, such as cobalt, to less than ten per cent of the batteries’ overall mass. This is a ‘significant’ reduction compared to the composition of the units currently used in other Mercedes EVs such as the EQC, but specific figures are still frustratingly vague.

Mercedes has confirmed that the manufacturing of its battery packs does comply with International Organisation for Standardisation (ISO) TR 14062:2002, referring to environmental management, but has stopped short of ensuring the same thing from its suppliers short of mandated audits. Mercedes has also not released an official manufacturing carbon footprint, with no single figure to associate with the EQS once it reaches dealers. While these sorts of industry standardisations are uncommon in the automotive industry at the moment, as the wider industry moves to electrification they are a crucial figure for cars designed and marketed as ‘Green’.