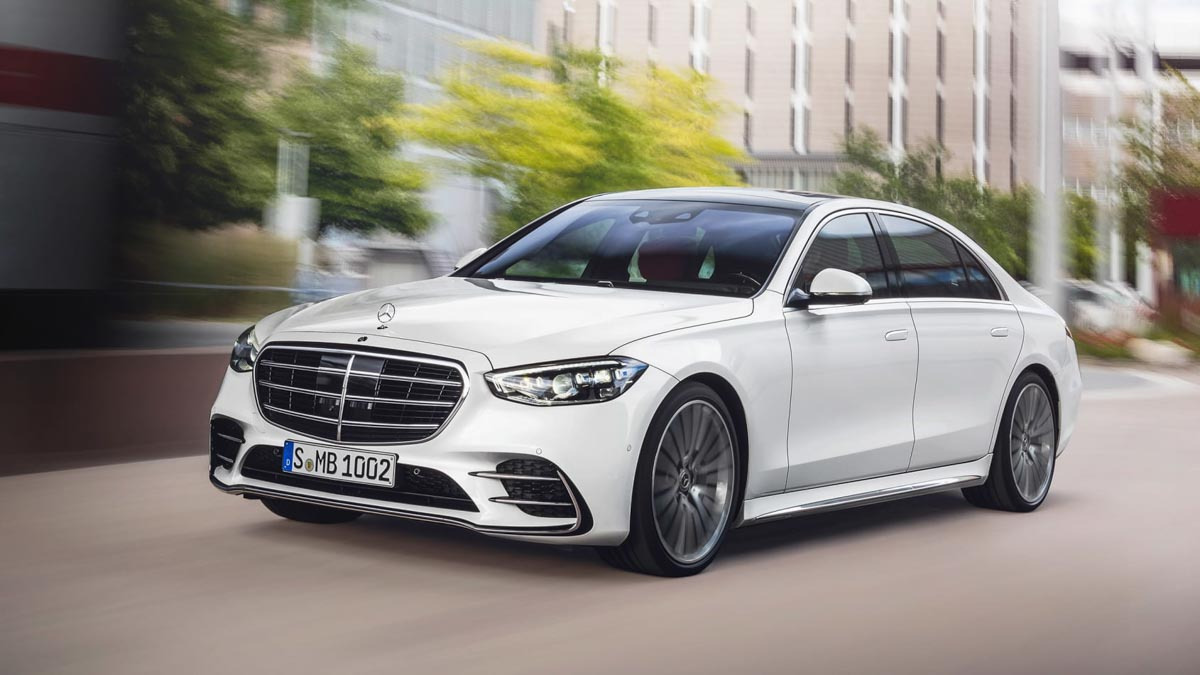 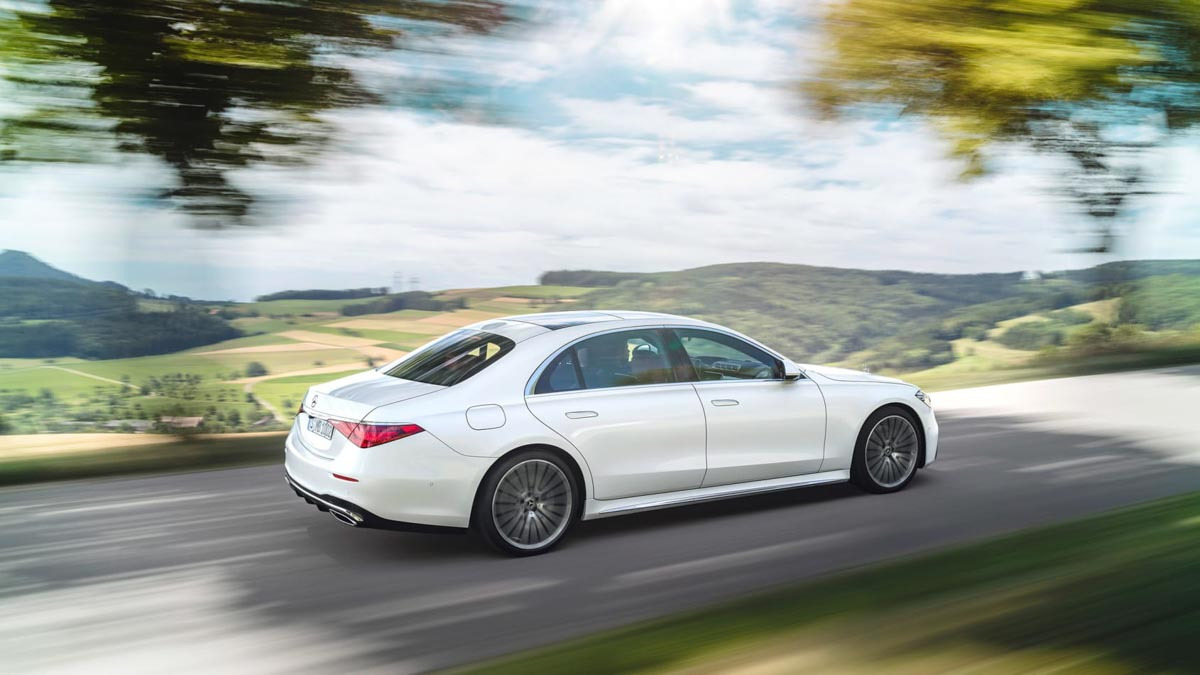 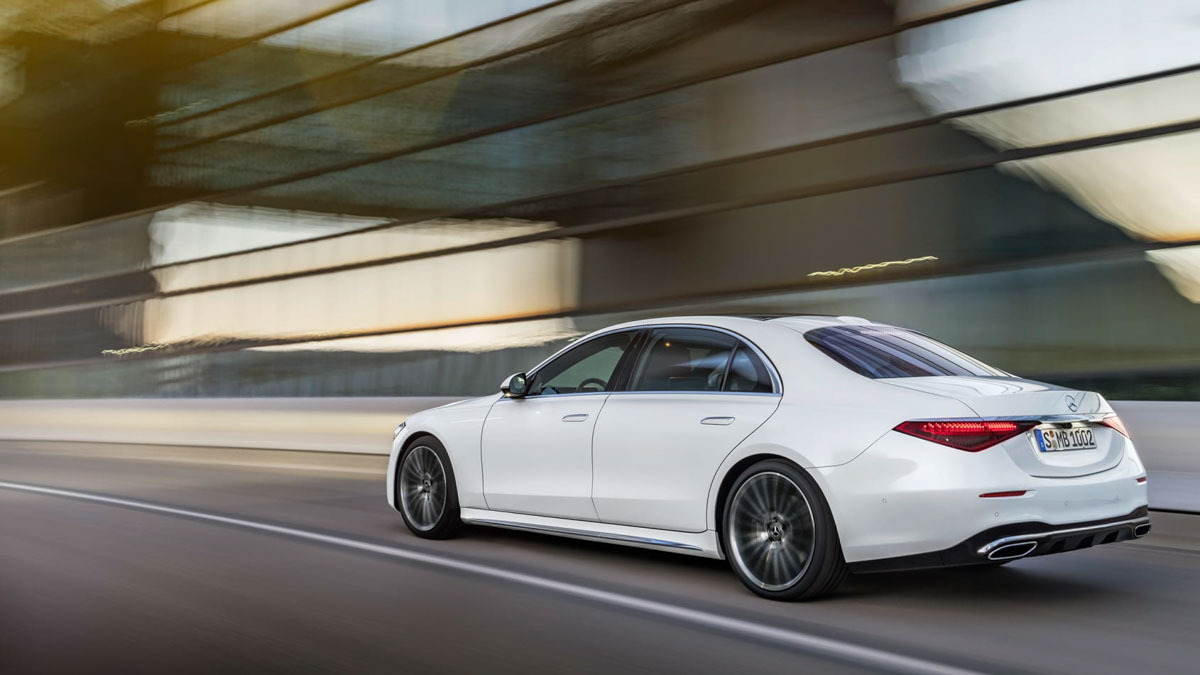 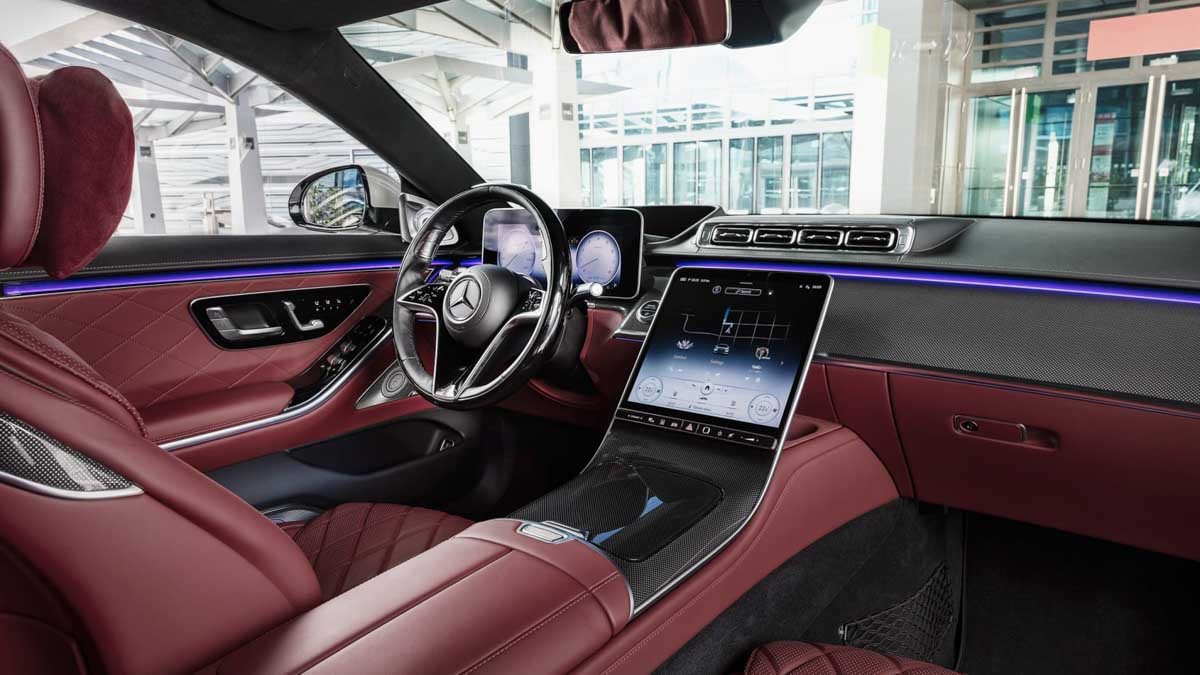 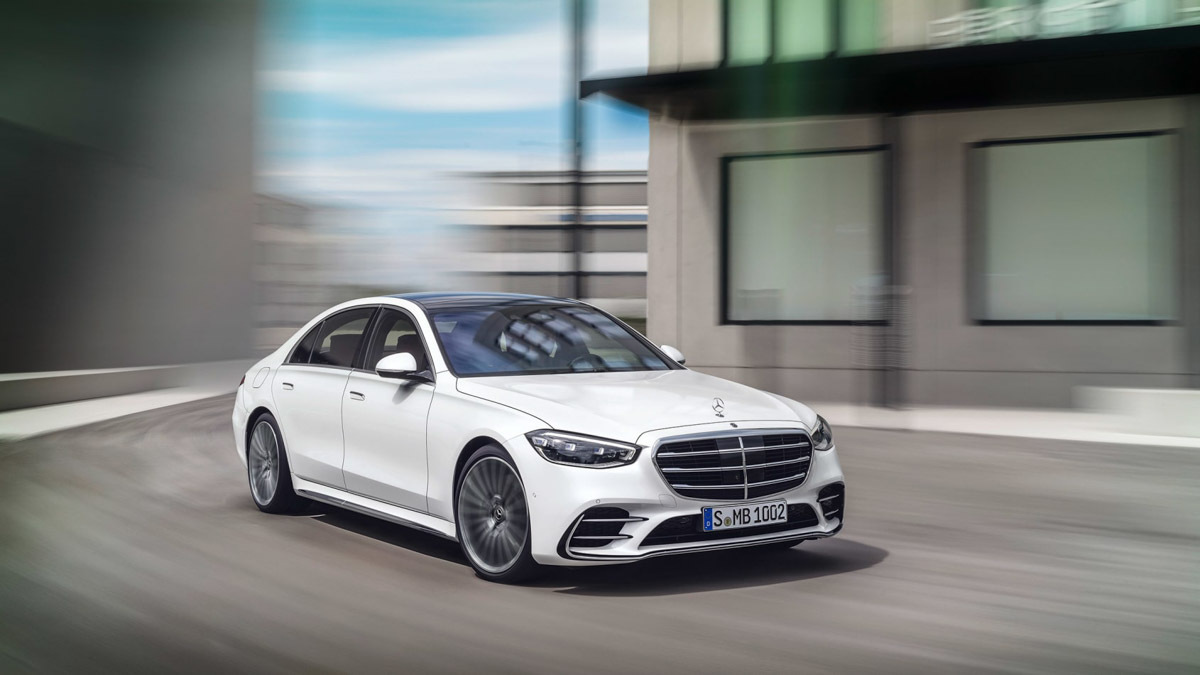 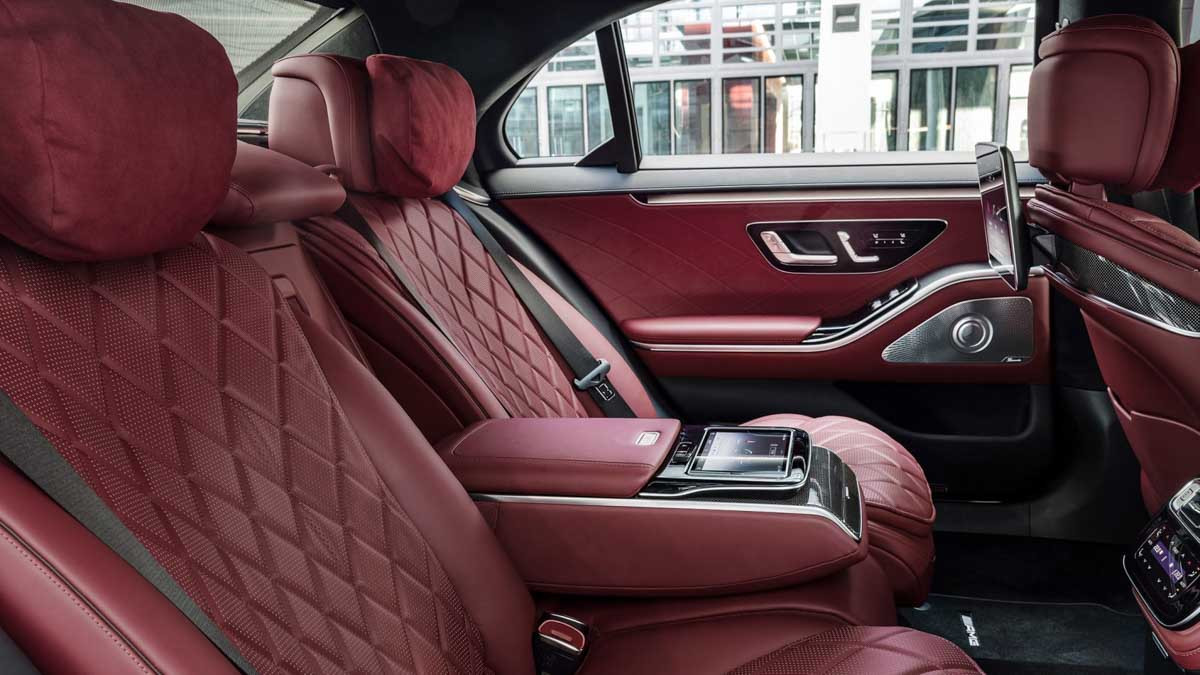 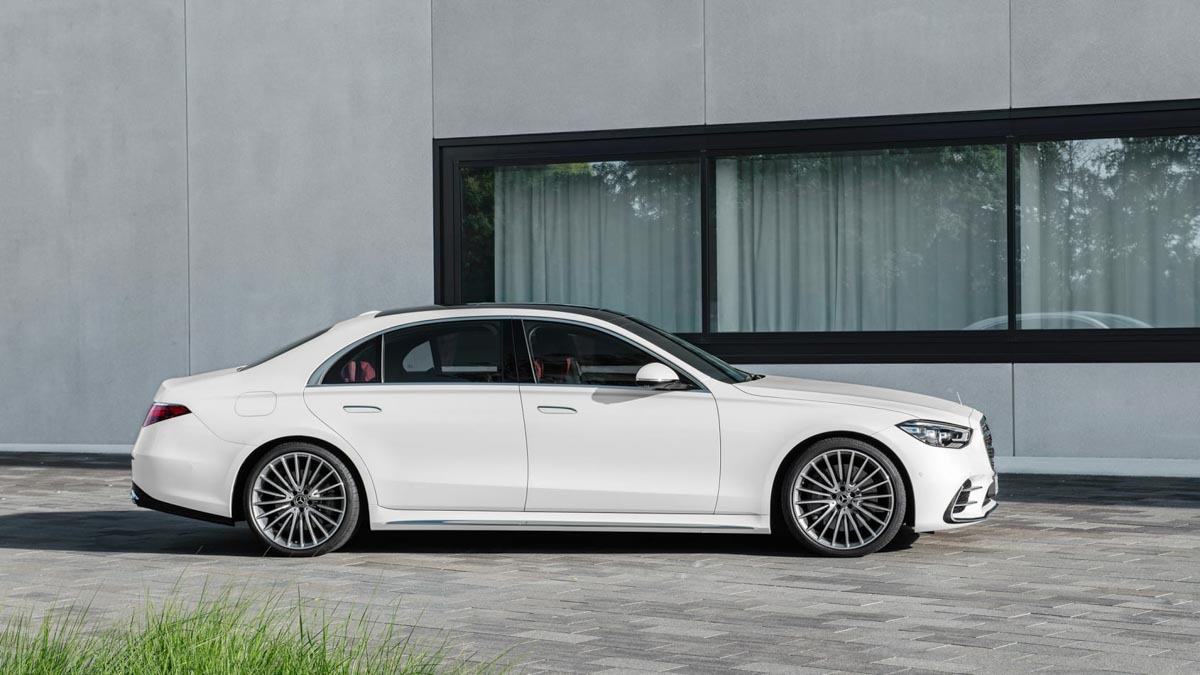 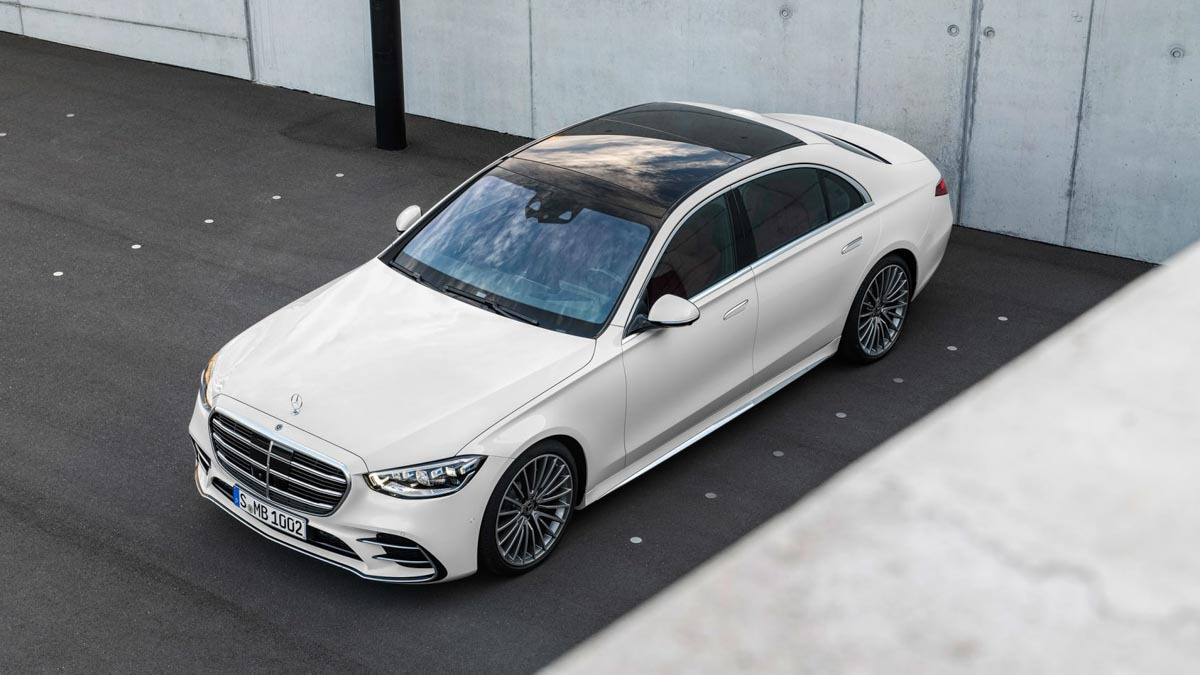 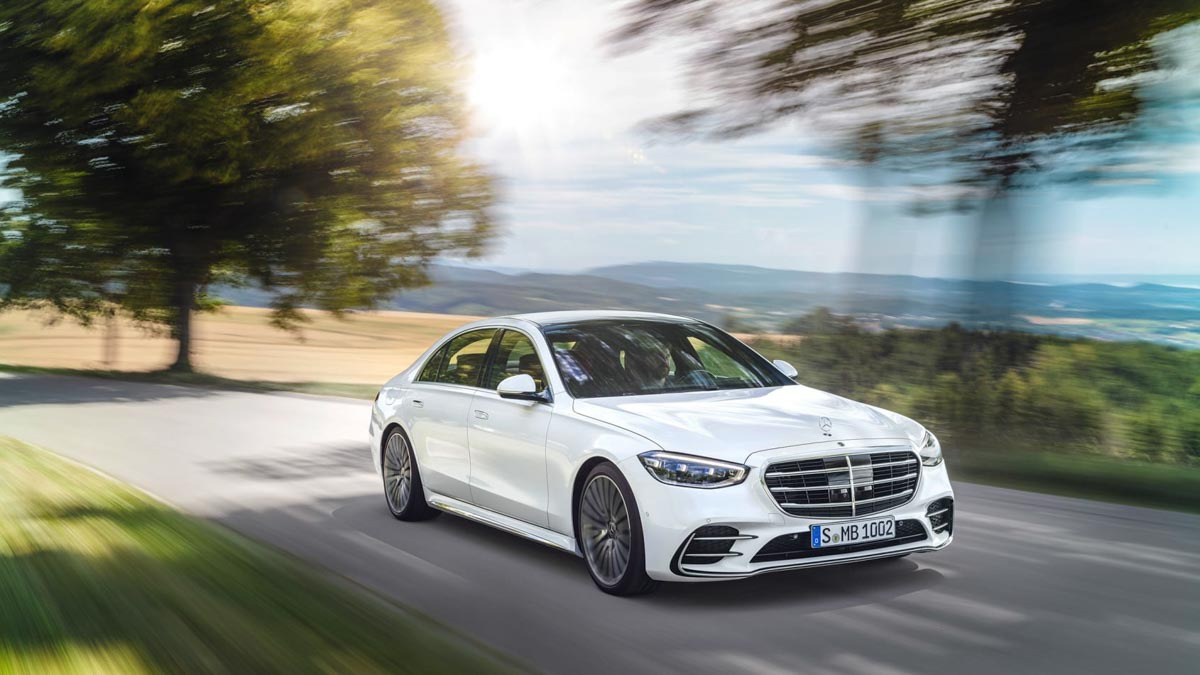 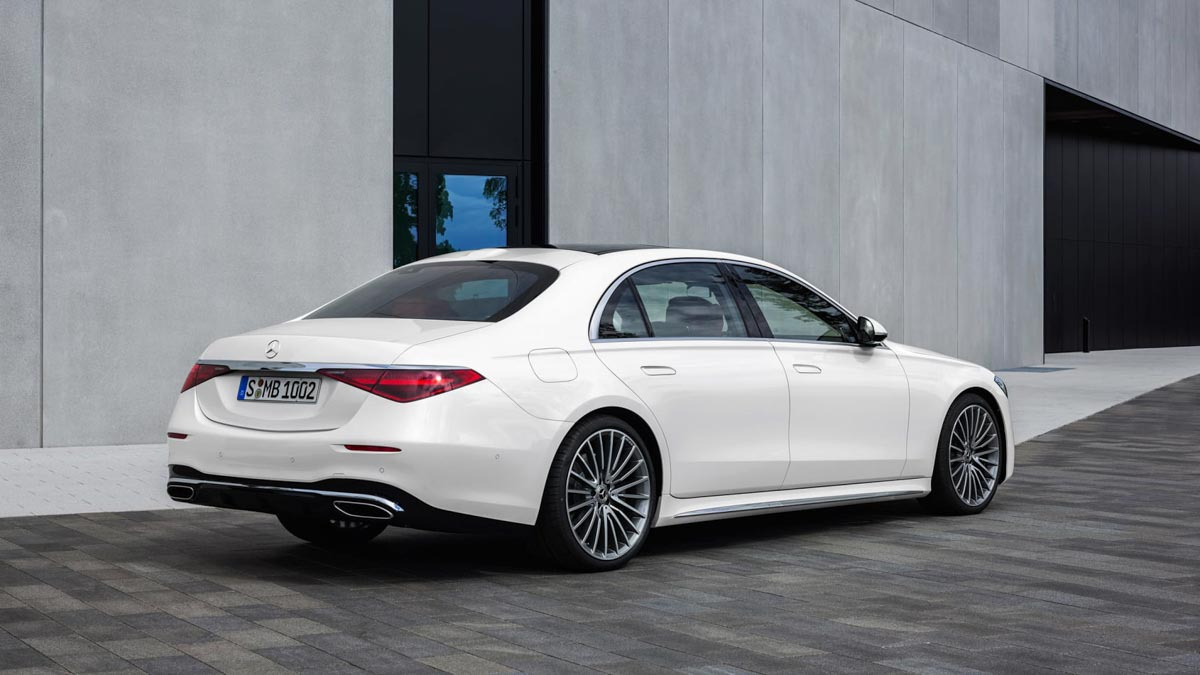 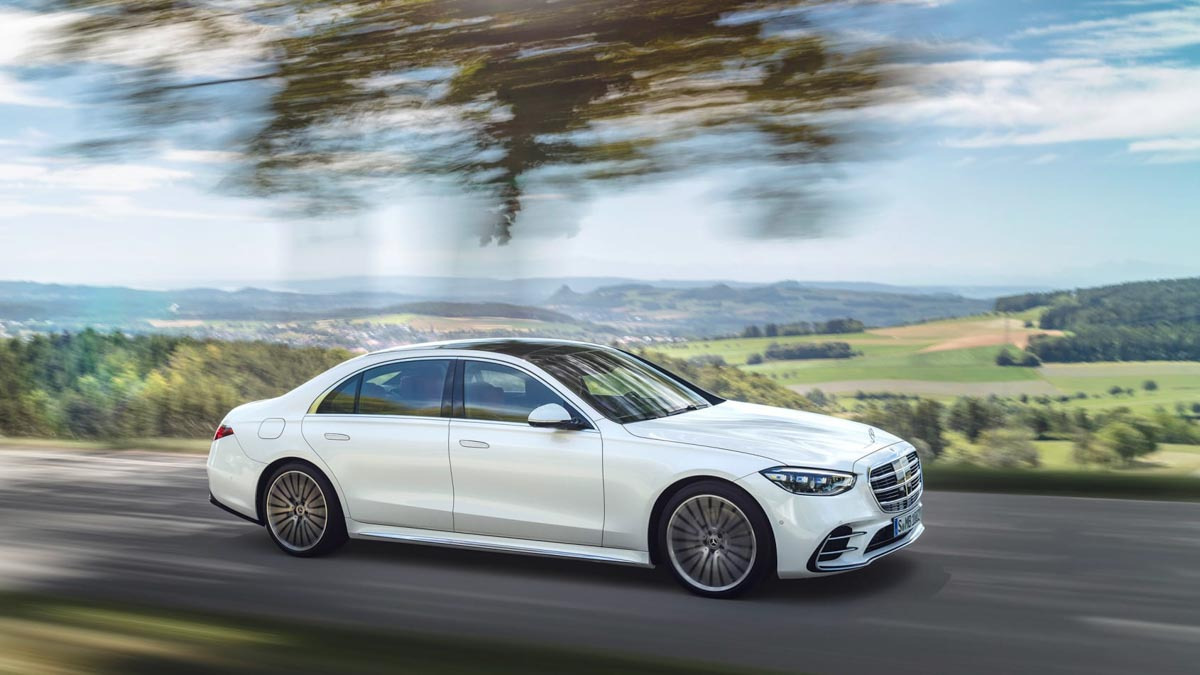 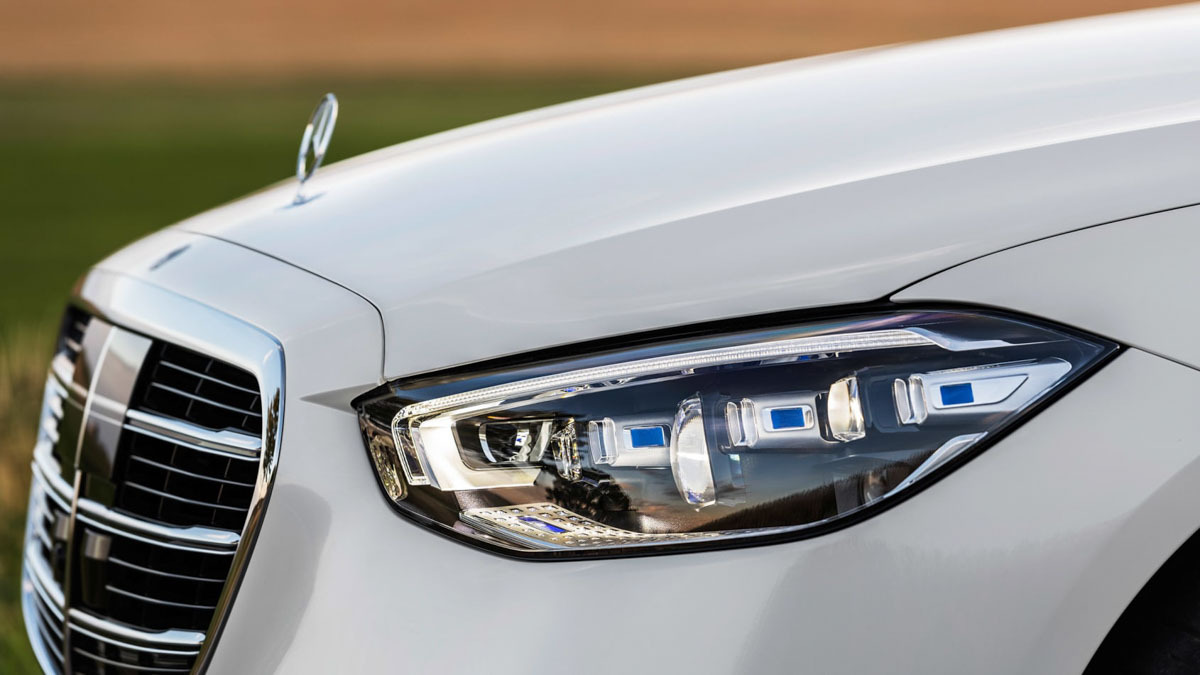 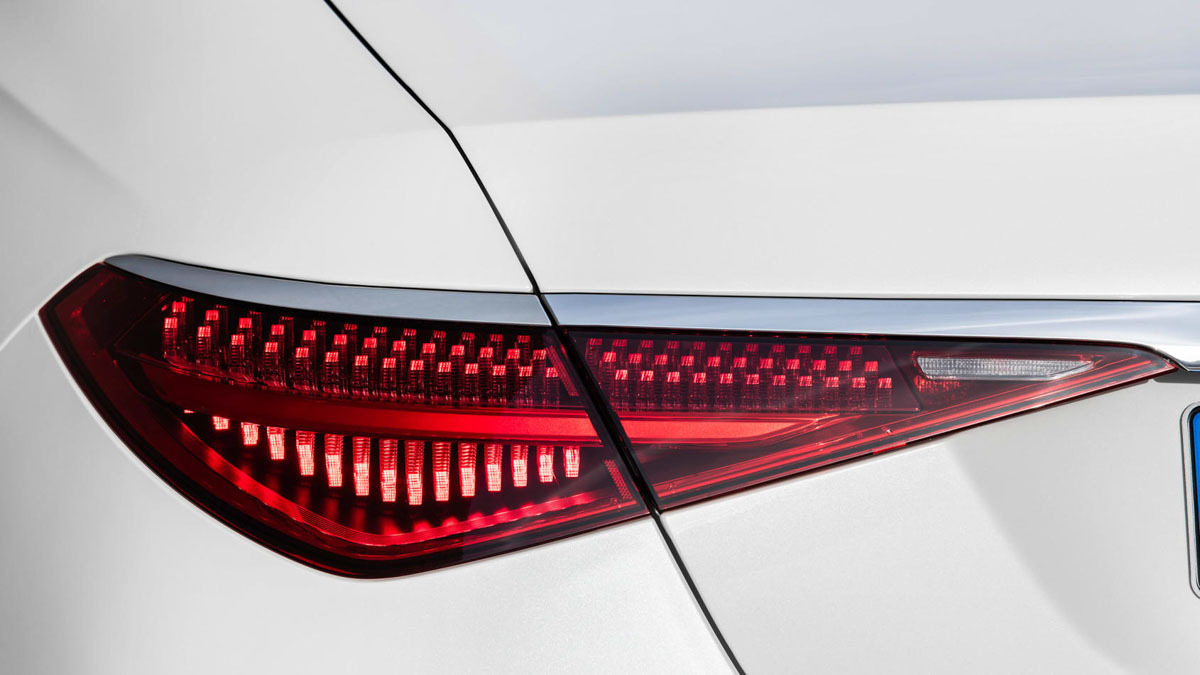 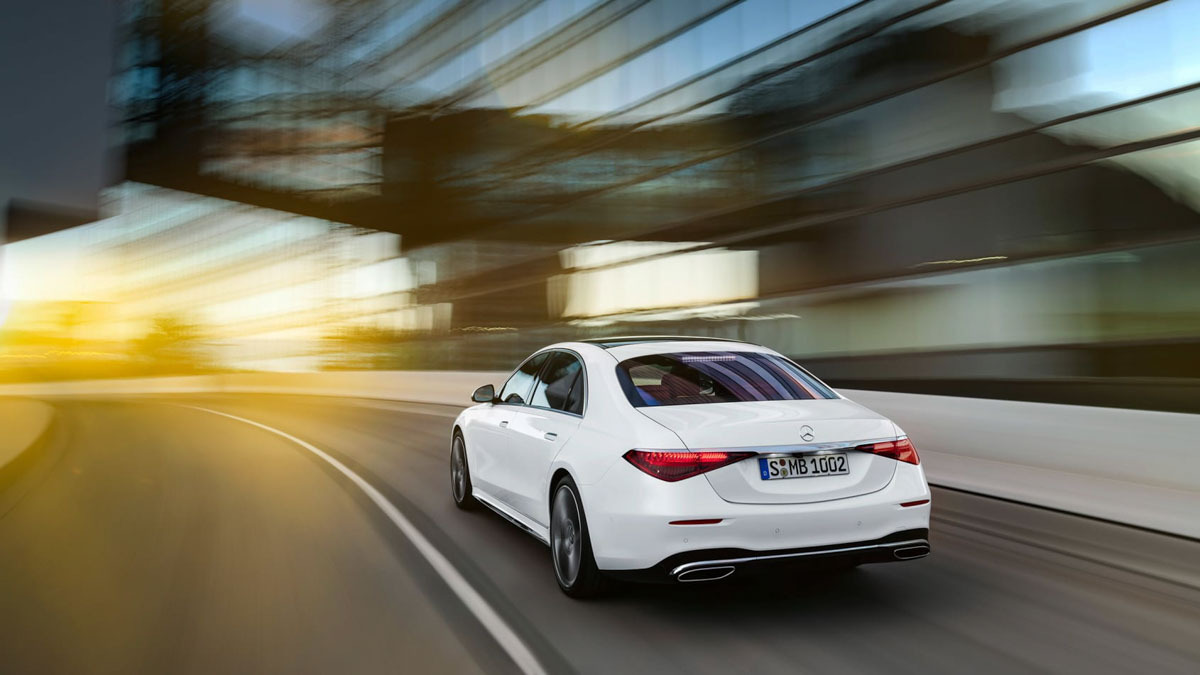 A new S-class is always more than just a new flagship – it’s also a roadmap for future Mercedes models. This latest, seventh-generation ‘W223’ version is no different, previewing a vast array of new design and technology features that will spread across the company’s range.

The S-class’s fundamentals haven’t changed outwardly compared to previous models, taking the form of a large, upright saloon with standard and long-wheelbase options. The S-class will be available initially with petrol and diesel in-line six-cylinder powertrains, each in two outputs, with a V8 and a plug-in hybrid coming online next year. There will also be a new plug-in hybrid AMG variant, and later in the car’s life cycle an extra-long-wheelbase Maybach version featuring a V12 powertrain.

The petrol S-classes feature the same turbocharged in-line six as found in the E-class, in 362bhp and 429bhp forms. Both include mild-hybrid assistance, but only the 429bhp S500 features an electrically driven supercharger to improve low-rev response. The diesel variants make do with 282bhp and 325bhp, and lack the petrols’ mild-hybrid systems.

All engine variants except the lesser powered diesel are all-wheel drive, with the sole transmission a nine-speed torque-converter automatic. More detail on the plug-in hybrid will be released next year, but it promises a 100-kilometre all-electric range – one of the largest electric ranges of any plug-in production model. Mercedes will not introduce an all-electric variant, leaving that to the incoming EQS luxury saloon, which will feature a bespoke EV architecture.

Every new S-class will ride on an air-spring and adaptive damper combination, but new is what Mercedes is calling E-Active body control. This system adds a further set of semi-supporting hydraulics to each of the air springs that run off a hydraulic pump driven from the 48V electrical system. This system allows Mercedes to more finely tailor bump and rebound, and rapidly raise and lower the body (in this case for improved side-impact protection). E-Active body control also incorporates technology seen in previous S-classes, including a road-scanning function to proactively adjust individual dampers to incoming road intrusions, and a curve inclination system that will actively lean the body into bends.

Mercedes-Benz has also introduced a rear-wheel-steering system to the new S-class, and it’s available in two levels. The standard system offers a maximum rear-wheel angle of 4.5 degrees, but the second has a much more dramatic 10-degree system that reduces the turning circle on the short-wheelbase S-class by as much as 1.8m compared to models without. The system is so dramatic that wheel sizes are limited to 20 inches to avoid fouling the rear suspension; it also quickens the steering ratio by 15 percent.

The exterior design has been given a sensitive update, adhering to design director Gordon Wagner’s current design language, highlighted by strong, simple graphics and smooth surfacing. The new grille is both larger and set slightly lower down on the front bumper than before, and is flanked by new LED headlights. Standard units feature Multibeam technology, but Mercedes is also introducing what it calls Digital Light, a system which more finely augments the light onto the road surface and at potential hazards. In fact, the system is so precise, it’s able to project the car’s width onto narrow roads, replicate road signs onto the road in front of you and even project complex graphics onto flat surfaces. Returning to the car’s design, the rear end is simple, refined and also features a complex LED lighting system.

The cabin is where bigger aesthetic changes have taken place, with the whole interior completely reimagined. The change in interior layout is driven mostly by the new central touchscreen interface, which replaces the twin-display set-up that has since spread throughout the Mercedes range. This interface is joined by a smaller driver’s display that has a three-dimensional imagery function that tracks the driver’s eyes and adjusts the pixels accordingly (it’s not as creepy as it sounds), and a new head-up display that has a field of 77 inches.

The new S-class has all the requisite preparation for Level 3 autonomous driving functionality, many elements of which will be available in overseas models. Industry-first features such include a front-mounted LiDAR (laser-radar) sensor, an autonomous valet parking system and eyes-off motorway autonomous driving.