The first electrified AMGs are on their way, starting with this electric-motor turbocharger ready for use in its new models 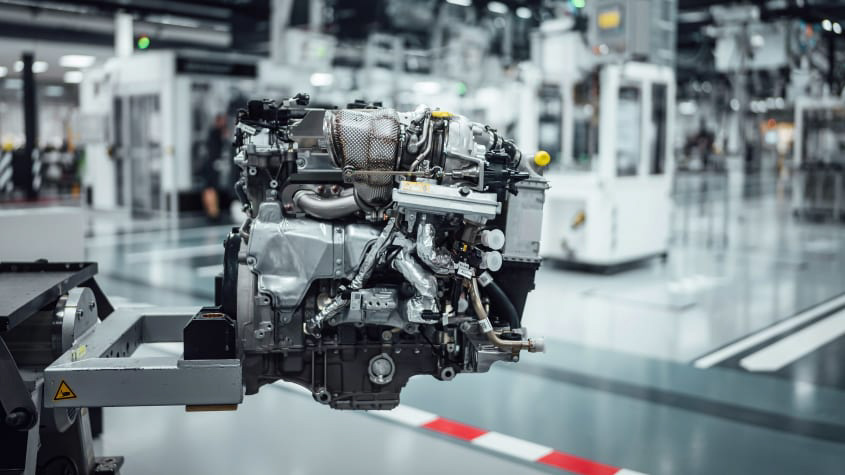 Mercedes-AMG has announced details of a new form of high-performance engine tech ready to be integrated into its next-generation models. Called an eTurbo, AMG has collaborated with famed turbine manufacturer Garrett in the development of this new electrified turbo, which aims to take advantage of the enhanced electrification of Mercedes-Benz’s new models not just for better economy, but performance gains too.

The system works fairly simply by the turbo itself being fitted with a small, high-powered electric motor that itself spins the turbine within the turbo housing instantly when throttle is applied, essentially eradicating turbo lag right at its source. The electric motor requires the extra grunt of a 48V secondary electrical system, as many integrated starter motor and generators require in most mild-hybrid powertrain set-ups, but with a majority of the Mercedes range converting to this type of electrical architecture, the applications for this new eTurbo are widespread.

Other manufacturers such as Audi utilise similar types of turbo lag mitigation systems, but these usually integrate the use of an electrically driven supercharger to force compressed air into the cylinders before the turbos have a chance to spin. This creates extra complexity within the induction system, and the corresponding boost at low-rpm is still lower than the output of the conventional turbos that quickly take over the job once the exhaust gases have started spinning the turbos. AMG’s system essentially cuts out the middle man, directly spinning the rotor wheel from the small electric motor.

The system will be most effective on large-scale turbochargers, as big turbos are more susceptible to lag thanks to the large-diameter turbines that need more air from the exhaust to get them going. As well as improving response, it should also further flatten the engine’s torque curve at very low revs.

Mercedes-AMG has remained coy about the prospective models we could expect to see this technology in, but in theory it could negate the need for more complex and highly strung solutions that the industry at large has employed over the last 20 years, such as sequential turbocharging or even the very in vogue hot-V turbocharging layout.