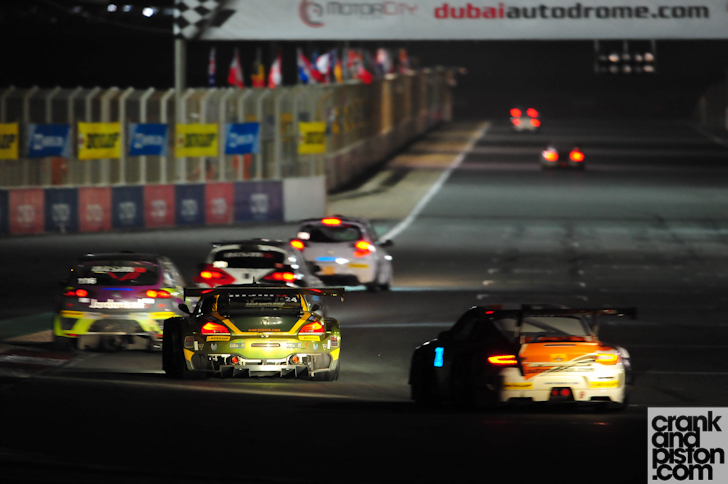 At 2am, Huertgen is having a monumental battle with the #16 AF Corse Ferrari 458 GT3, driven by Italian Lorenzo Case. She’s catching the leading Italian hand over fist, and under pressure, Case tangles with another SLS and spins. Huertgen has the lead, but Case, presumably consumed with red mist, catches her again and retakes the lead. While this is going on, Abdulaziz is preparing, having been woken from his slumber.

“I had a good sleep, although it was not enough,” he says as he watches the race from the pit garage with the rest of the team. “The last stint was OK if a bit hectic. Everyone was trying to push as hard as they could so there were a lot of cars going off and back. I’m in next and the top three are really close so I guess it’s always good to be hectic. I’m now going to push as hard as I can and see how it goes.” 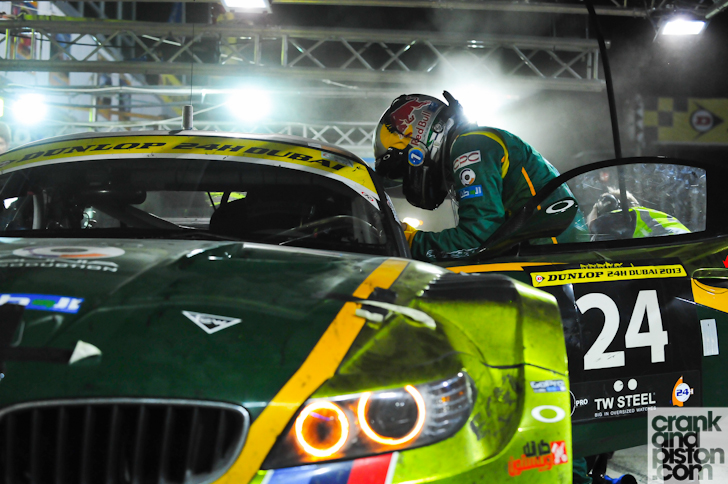 And push he does. While the carnage continues all around, Abdulaziz and his team improve further, and as dawn appears, they’re the fastest on track. But the need for new brakes loses the team time, allowing the resurgent Team Abu Dhabi Mercedes, which leads as the sun rise. Huertgen heroically chases the SLS down, logging the fastest laps of the race. With four hours remaining, there’s little to choose between the two teams. Abdulaziz logs another stint, keeping the gap at a minimum, and at 10am hands over to Jorg Mueller. The German sets off at pace, determined to haul in the Mercedes, but then, disaster. The #24 car stops on circuit and is towed back to the pits. The oil pump has failed, and with no lubrication to the engine, the powerplant has called time. It’s a terminal problem.

As the mechanics signal the end, Abdulaziz disappears. It’s a couple of hours later that I manage to speak to him as outside the Saudi Falcons pit, the race winds down.

“I had a really good stint and everything was great,” he says ruefully. “We were the fastest on the grid. When I came out Joerg Muller jumped in and then two laps later he stopped. I went upstairs and lay down and didn’t want to talk to anyone. I’m sad that after all this hard work, with a really good car and really good case, it finished with something that you can’t do anything about. I guess that’s motorsport.” 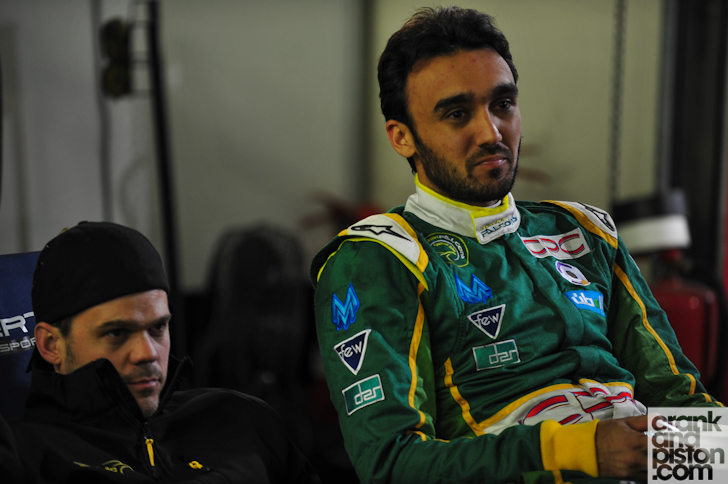 The race continues to its now inevitable climax. The #1 Team Abu Dhabi SLS wins again, with the AF Corse Ferrari in second place. It’s a remarkable achievement for the Mercedes, which looked doomed after its practice crash. But none of that is much solace for the disconsolate Saudi Falcons.

“What would you change?” asks Abdulaziz. “You can’t change anything, you can’t predict that something like this would happen.” He’s trying to take the positives from the situation, of which there are plenty.

“We’ve learned that we can push hard, that the driver combination and team combination is very good. The car is very good, we had a lot of feedback from the tyres, so for the future we have a good set up.” 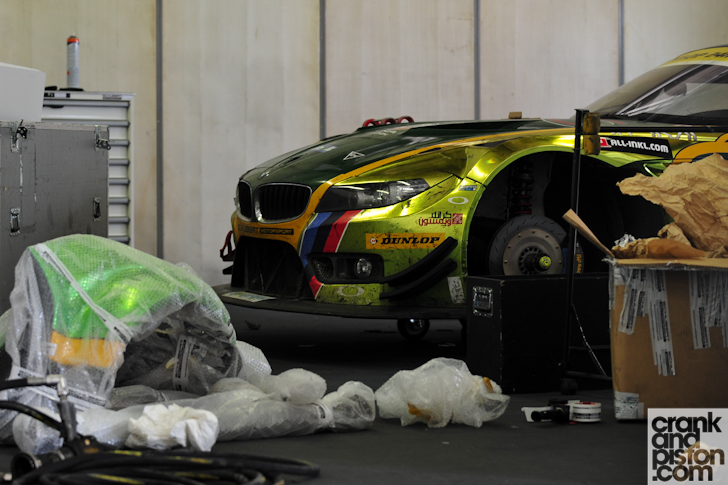 Already, there are discussions around the pit of how next year could be a different story, and Abdulaziz acknowledges this. It seems a long way off though.

“From a performance point of view this is very encouraging, but from a winning point of view it’s disappointing,” he says. “It’s not a good start when you retire from your first race, it’s the worst thing that can happen. From a team point of view though, we can be happy with our performance.”

And with that, he joins the mechanics and Falcons staff in packing away the pit garage for another year.