Abdulaziz Turki AlFaisal is about to race in his eighth Dubai 24 Hours. He’s never won it. He, and the team, want that to change. 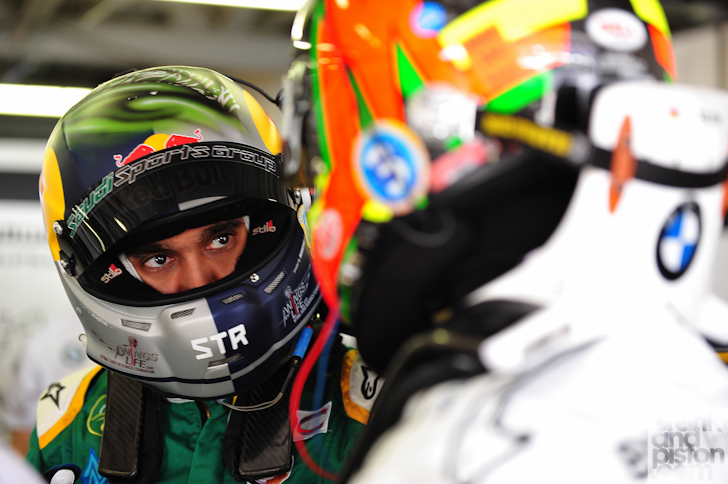 The paddock at the Dubai Autodrome is moving from a laconic shift to a busy bustle. It’s Wednesday morning in mid-January, two days before the eighth running of the 24 Hours of Dubai. Over the past few days, containers have been arriving at the race track, shipped in mostly from Europe, housing a plethora of race cars in all sizes and descriptions. Slowly, the paddock – a vast empty space behind the Autodrome’s main straight just a week ago – is transforming. Pit garages are being assembled with corporate branding and tools, tents are going up for hospitality and Dunlop has erected an enormous marquee in which to store and fit some 7000 tyres flown in from the UK. 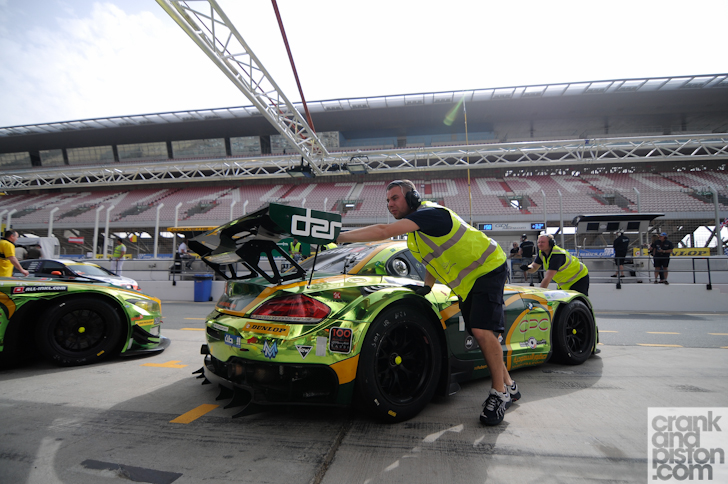 Close to the start of the pit lane is the garage for The Saudi Falcons. This team is one of the favourites for the race, having reached the podium in previous years. Schubert Motorsport, the Falcons’ partner organisation, won the race in 2011 using the same set up of BMW Z4 GT3s. Hopes are high that this year there’ll be a Saudi flag waving over the top step of the podium.

The nation’s hopes rest, in some part, with the team’s star Saudi driver, Abdulaziz Turki Al Faisal. A quiet, studied man in his late 20s, he’s well into his motorsport career having won regional titles in the Porsche GT3 Cup Challenge Middle East and raced in Europe, in the ADAC GT Masters and at the Le Mans 24 Hours. He’s also raced in each of the previous Dubai 24 Hours, and has a fourth, a third and a second place to his name. Now, like the rest of his teammates, he wants a win. 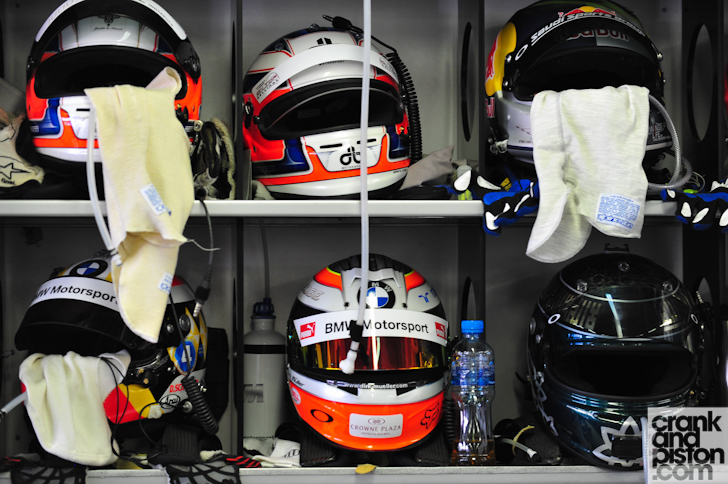 Said teammates are spread across two virtually identical Z4s. Clad in an eyecatching livery of green chrome and yellow, the two cars will be piloted by a mix of Saudi and European drivers. With Abdulaziz in the #24 car is German ace Claudia Huertgen and her compatriots Joerg and Dirk Mueller. In the #12 car is Saudi Falcons founder and chairman Faisal Binladen, alongside Germans Dominik Schwager and Dirk Adorf, and Austrian driver Dominik Baumann.

As the world’s motorsport press swarm down the pitlane, eager to find out all they can about the first major international event of 2013, Abdulaziz looks relaxed.

“Over the winter I had the Porsche GT3 Middle East championship, in which I’ve done six races including here in Dubai about three weeks ago,” he says. “I think that might give me an advantage – I know the track here very well and I’ve got a lot of mileage so that will definitely help. And if you drive regularly then you’re fit and your senses and feelings are sharp so that’s the most important thing. Most of the guys driving this race will be driving for the first time since last season in Europe.” 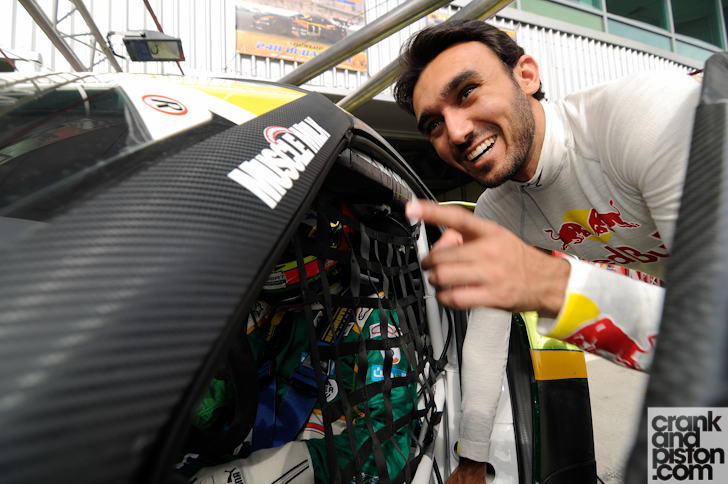 Does he feel pressure, being in a top team and striving for that elusive win?

“What this race has taught me is that you can come well prepared, try everything and still not win,” he smiles. “You never know whether you’ll win or not, which is the good thing about endurance races. You prepare as hard as you can and pray to God that we finish in the front.”

With that, he poses for pictures with the cars, and the team, in front of a throng of orange-vested photographers.

The following day sees the morning filled with practice sessions, and all 80-plus teams take to the dusty track for the first time. The session is not without incident. The #1 Mercedes-Benz SLS AMG GT3 of Team Abu Dhabi – last year’s winners and the Saudi Falcon’s main rival – exits the track backwards, causing major damage to the car and bringing out a red flag for the session. 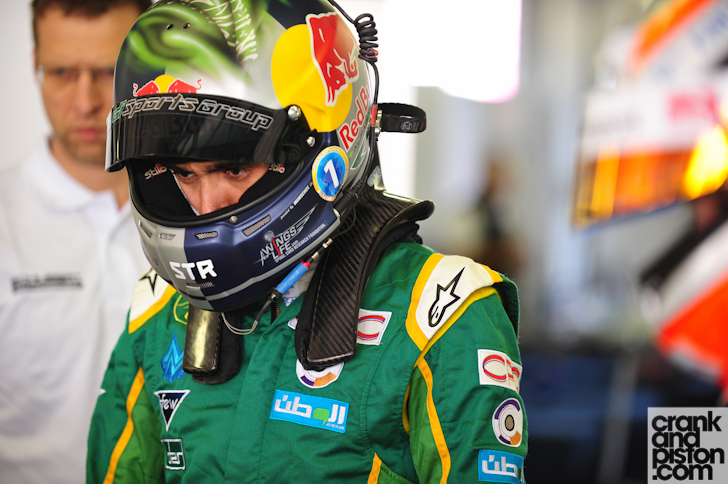 Consequently, Abdulaziz has to miss his turn in the car, which was scheduled to happen after his teammates. The first time he’ll be in the car during the weekend will be for qualifying. He’s not too worried though, being familiar with the car from his races in Europe. While the field is confined to the pitlane, he and the team practice driver changes.

“Everyone says the car is well balanced and everything is OK,” he says afterwards. “Hopefully we’re all set for qualifying. After that we’ll have a debrief and then night practice to see if we need to change anything for the race. And then we’ll see where we are.” 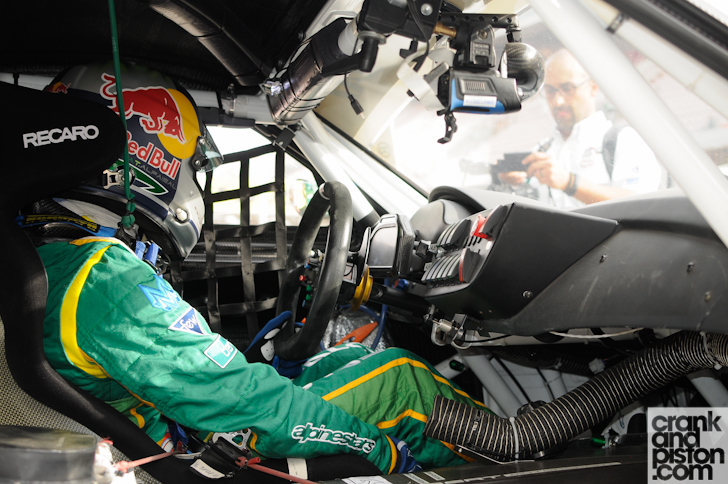 Night racing is one of the main features of Dubai’s 24 Hour race. In Europe, endurance races generally run in the summer, when the sun stays high until well into the evening. In January however, the UAE sun has vanished by 6am and doesn’t rise for another 12 hours. Racing on a crowded track with only headlights to pick out one’s line . Once again though, Abdulaziz remains unruffled.

“I feel that I’m more aware at night,” he explains. “You see the lights of the cars if anyone’s overtaking you or next to you, and in the day you don’t see them. It’s calmer as everything is dark except for where you are and the track isn’t going to change. You just have to look as far ahead as possible just to anticipate everything.” 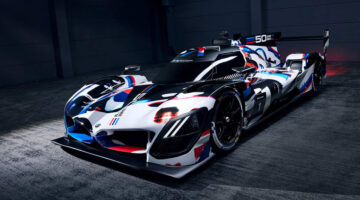