Bentley’s Bentayga SUV has been given a big refresh, with a new look, interior and tech 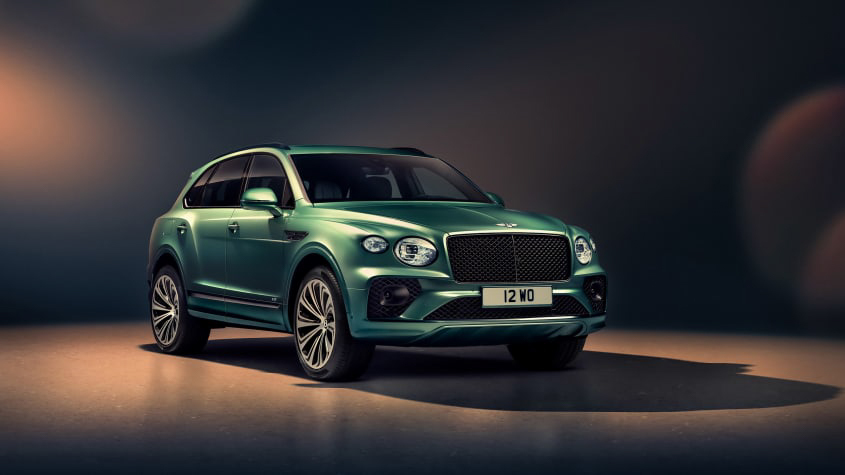 It’s fair to say that the Bentley Bentayga has been a controversial model for the luxury British brand, but while it’s certainly had its critics, no one can argue the fiscal merits of a high-margin SUV amongst a range of saloons and coupes. So, having been on sale now for over five years with few changes aside from an expansion of the available powertrains, Bentley has finally given the Bentayga an aesthetic update to suit.

An update similar in principle to the change Bentley made between the first and second-generation Continental GT, the new Bentayga amounts to a major refresh of the current model rather than an all-new offering. It continues to share the same underlying (Audi-designed) chassis and powertrains, but wraps them in fresh sheet metal which, although it looks similar, is quite different in the details. It has a more contemporary design that mimics the new Continental GT, with a dramatically reshaped bonnet, bumpers and front wings. The slimmer elliptical headlights have been given the same cut-glass effect internally as on other Bentley models, while the larger grille and lower openings also follow the family theme also seen on the Continental GT.

While the nose is a relatively noticeable update on the old model’s aesthetic, the rear has gone through a far more substantial change, with an all-new rear end featuring a clamshell tailgate containing one-piece oval tail lights. So extreme is the change, Bentley has had to redesign the entire rear quarter section, which itself requires a whole new body-in-white to suit. The result is an aesthetic that’s again far closer to that of the new Continental GT, but how well these elements transfer onto the Bentayga’s blockier shape is something you can decide for yourself.

Inside, the Bentayga’s technology package has also caught up with those of the Continental GT and Flying Spur, with an expansion of its digital interfaces. Gone is the ancient Mk7 Volkswagen Golf-sourced (we’re not kidding) infotainment screen, in its place a new 10.9-inch touchscreen (down from the Continental’s 12.3-inch display) that nestles within the arching leather dash pieces, topped by a new set of vents and a typical analogue clock face. The dial pack has also been updated, the previous physical dials now being amalgamated into a single digital display aided by a new head-up display above it.

Under the reprofiled bonnet will eventually be the same combination of engine options as before, but the range will initially open with just the 542bhp 4-litre twin-turbo V8 model, before the PHEV V6 plug-in hybrid and range-topping W12-powered Speed arrive later this year. Corresponding eight-speed automatic transmissions, full-time all-wheel drive and Bentley’s three-chamber air suspension will be standard-fit across the range. Also included is Bentley’s active anti-roll system, something that’s now proliferated across the Volkswagen group.

Where once the Bentayga was one of very few opulent SUVs on the market, it now has a variety of rivals to compete against. Look above and the Rolls Royce Cullinan is an even bigger and more ostentatious SUV option, while the Range Rover is more capable and soon to be completely replaced with an all-new model. Lesser ‘premium’ brands such as Mercedes-Benz and BMW have new G-class and X7 models operating at near $120,000 price points, while more dynamic alternatives from Porsche and Maserati, or the green alternative from Tesla, all operate to attract the same buyers at the top of the SUV market.