The second generation Volkswagen Tiguan builds on the success of its predecessor with evolutionary rather than revolutionary changes. crankandpiston.com heads to Berlin, Germany, to find out if VW’s new crossover still has the measure of its rivals.

Random piece of trivia for you: The Volkswagen Tiguan actually sold more examples in its final year of production than at any point during its eight-year life cycle. Saying that, given the versatility and accomplished build that goes into most VW products, it’s not hard to see why the Mk1 proved such a strong seller against more established rivals like the Toyota Rav4 and the Jeep Cherokee. No real wonder then that for gen two in 2016, the Tiguan has undergone a strong evolution to a radical revolution.

For starters, the antiquated MQB platform makes way the lightweight, aluminium architecture used by the Audi TT and the seventh gen Volkswagen Golf among others. Consequently, as well as shaving 82kg from the overall kerb weight, the new chassis is also considerably stiffer: twisting the MQB chassis by just one degree would take 17,700lb ft of torsional torque, compared with ‘just’ 15,500lb ft. More significant though is the effect this 70mm longer platform has had on the cabin, which is now stretched by 60mm and widened by 30mm. 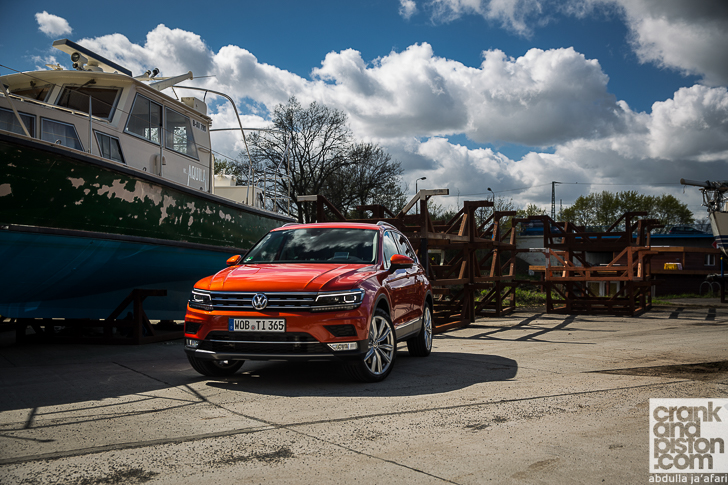 It’s not the most exciting of cabins, and chances are you’ll struggle to find any difference at all between this and that found in either the Golf or Passat. And yet there’s solid build quality and a strong sense of function over form courtesy of uncluttered switchgear, an easy-to-navigate MIB II infotainment system and, on our SEL-spec model at least, ‘Vienna’ leather seats. There’s also loads of head and legroom, and a 520-litre boot space. All very impressive given that this doesn’t compromise that newly chiselled exterior makeover.

The design evolution is subtle – a new front bumper, bonnet grooves, and restyled LED lamps are the highlights – but is nevertheless a striking one, conveying a much more menacing character than either the ‘07 Mk1 or the ‘11 facelift. Family DNA means there’s a hint of Passat and Touareg but it’s not enough to dampen the overall effect, which should prove key on the showroom floor with Volkswagen eyeing more premium rivals like the new Audi Q2. 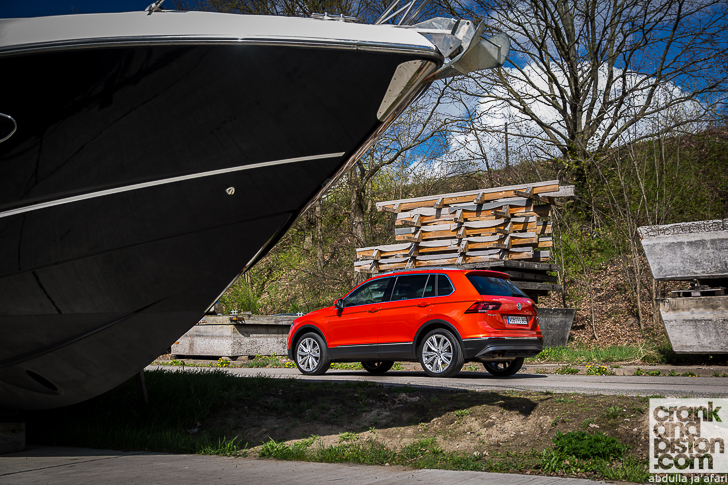 We’ll swap now to the performance…

Under the bonnet lies a 178bhp 2-litre TSI turbocharged four-cylinder, that produces 236lb ft of torque and smooth if not overly agile acceleration. Ditto the six-speed automatic gearbox, which transitions from one ratio to the next smoothly and efficiently as you cruise about town but can be slightly bulky when you really step on it. We’ll admit the softly-sprung suspension springs do soak up everyday road imperfections impressively, and there’s also nicely weighted and accurate steering, even if there’s next to no feel. It’s surefooted and agile, certainly, but doesn’t exactly scream ‘sporty’.

Of course cornering stability is the vulnerability of any crossover: stiffen the dampers too much and you destroy the ride quality any decent SUV strives for; go too far the other way and you’ll end up too soft where you should have dampers. Here though the Tiguan’s compact base is an advantage. There’s a degree of pitch and dive into the corners but not enough to make the handling difficult. It’s unlikely you’ll want to hoon Volkswagen’s newboy, but it’s a composed enough ride.

It would be nice to say something along the lines of ‘what you lose in on-road agility, you make up for on the rough stuff’, but limited time off-road makes this tricky. Saying that, 200mm of ground clearance and those short overhangs mean we did hit some potentially alarming approach and descent angles with relative ease, the all-wheel drive system – as it was on asphalt – offering superb traction, thanks to at least 10 per cent of its torque being sent to the rear wheels. 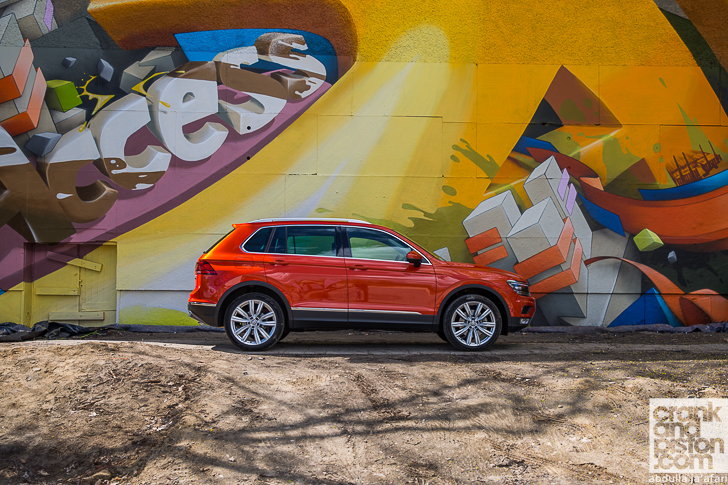 Overall then, there seems little doubt that the Tiguan will continue it strong sales. Granted, a $29,300 price tag for the top-spec SEL (in Europe anyway) may leave potential customers pausing for breath, but there’s no denying that the Mk2, much like its predecessor, offers versatility, agility and solid build quality, albeit now with greater cabin space, juicier updated technology, and a more menacing exterior look.

Did you enjoy our Volkswagen Tiguan review? 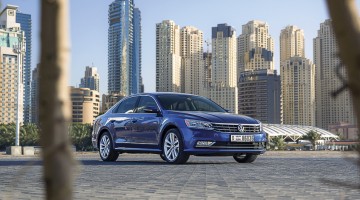