Might a mid-life refresh inject some character into Volkswagen’s family saloon? crankandpiston.com finds out with a spin in the new Passat

One thing that often narks me about Volkswagen is the almost complete lack of character in most of its product range, and it’s the same issue with the Passat. While I’ll admit that the retro, boxy styling of the original B1 in the early 1970s today cracks a wry grin in a ‘my, my, how times have changed’ kind of way, the more contemporary models don’t offer much punch.

With the new eighth generation Passat, however, Volkswagen may have slapped my arbitrary prejudices squarely in the jaw. Tired of going mano-y-mano with Toyota Camrys and Ford Fusions, VW’s family saloon has recently aimed its crosshairs at the lower spec BMW 3 Series in an effort to rejuvenate ailing sales. Indeed, when the newboy first made an appearance last year, praise was quickly heaped upon its improved agility and performance figures, and for 2016, there’s been yet further upgrades. 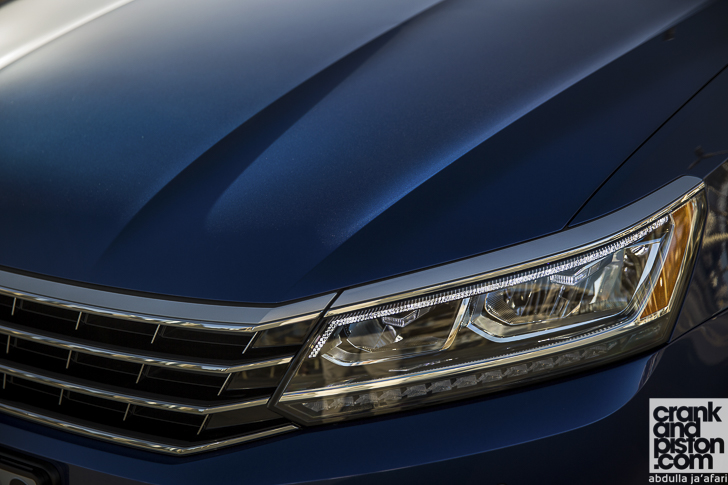 Interesting. Does that include a new look?

Of sorts. There’s a more ruggedly grooved bonnet for instance, new LED headlights and more aggressively styled bumpers, all of which create a more muscular look than the Passat’s more rounded predecessor. Dynamically the Passat remains unchanged, though that still leaves a 170bhp 2.5-litre five-cylinder under the bonnet (mounted especially low for improved weight distribution), the chassis from a sportily redesigned Audi TT, and subtle underbody moulding to both reduce drag and improve the aerodynamics. Not to mention bags of bling-fuelled chrome detailing and sharp looking 18in ‘Chattanooga’ dual-spoke alloys. Hmm, is the ‘more muscular’ Passat about to prove me wrong?

Unfortunately the edgy new looks are essentially a smoke screen, with more development having gone into the driver assistance and technical side. Which, in fairness, is fully loaded, from Post-Collision Braking and Intelligent Crash Response System, to keyless entry and an easy open trunk (always amusing to see people misunderstand this technology and giving the rear bumper a kick). There’s also an upgraded infotainment system ripped straight from the seventh generation Golf. Oh, and for those of you who simply must clean your rear-view mirrors properly, the Passat’s example comes without frames.

A minimal dashboard re-design aside though, there’s little aesthetic difference to the Passat cabin, though this is hardly a bad thing. The leather-backed seats in our SEL trimmed model for instance are both supportive and comfortable, there’s ample head and legroom both up front and in the rear, and I’m particularly keen on the wood-effect veneer, an elegant addition to an immaculate and well-conceived cabin. Apt, since the drive – as expected – is not the most electrifying of experiences. 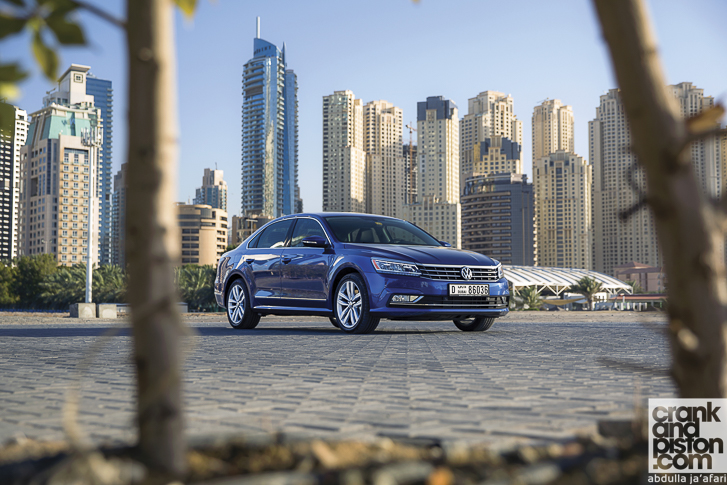 What’s the deal with the drive?

A broad torque curve means acceleration is refined and smooth albeit while packing decent punch, though this falls slightly short under heavy acceleration from standstill. The changes may be smooth, yet the six-speed tiptronic transmission can prove too abrupt and your immediate getaway is slighted with unhelpful snatches of wheel spin. It’s hardly a deal breaker: due diligence with the throttle means you’ll easily unlock the five-cylinder’s full potential.

It’s a similar issue with the steering, which is both accurate and nicely weighted though doesn’t bombard you with feel. And while the new muscular looks may hint towards it, there’s little in the way of dynamic precision. Not that I’d expected that: the suppleness of the suspension offers impressive ride comfort and while it can only do so much to battle against understeer should you lean on the front end, the stiffened lightweight chassis offers surprisingly little body roll.

I’ve arrived then at the conclusion I feared I might. The freshly facelifted Volkswagen is impressive to look at, refined on the interior – easily a match for the best BMW and Audi have to offer in the same segment – and aside from a lack of feel in the steering (which in this context could quite easily be forgiven), proves impressively agile. If perhaps lacking a certain joie de vivre. 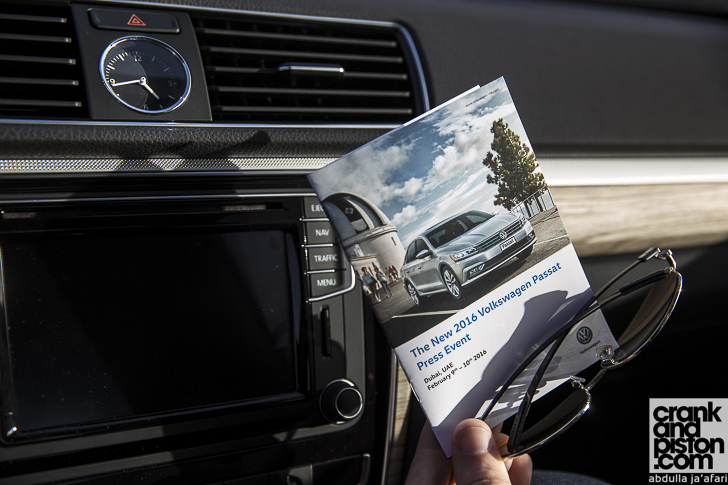