Not without compromise, but more able and polished than most rivals, with plenty of desirability thrown in for good measure 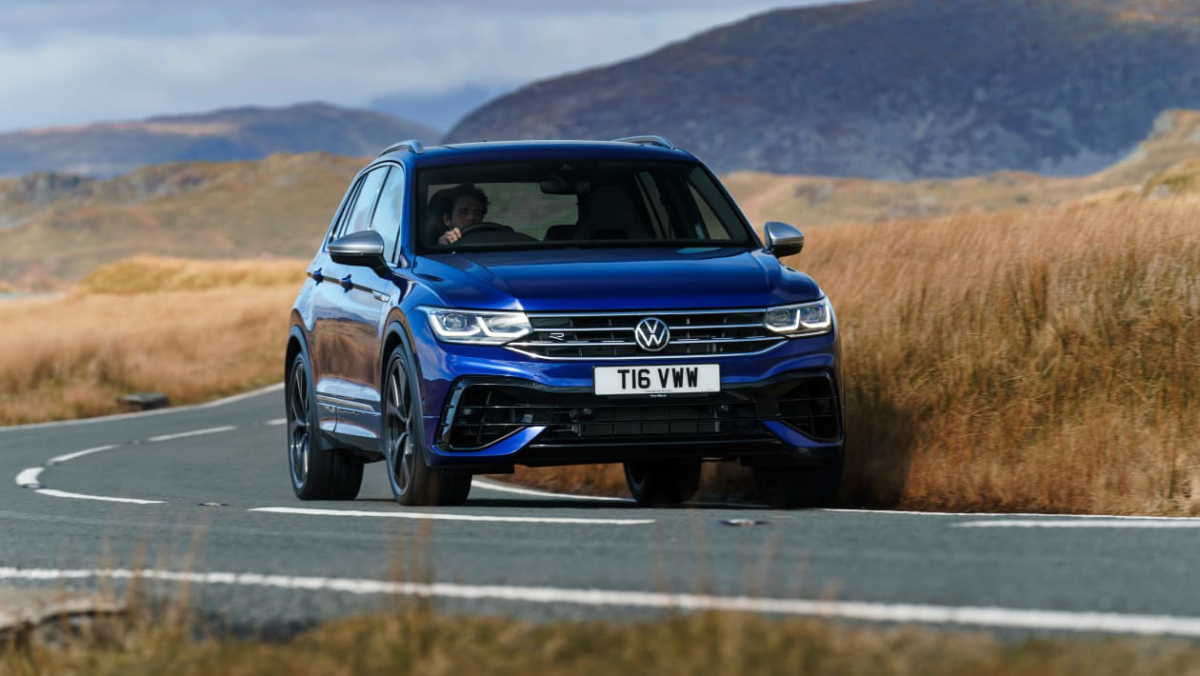 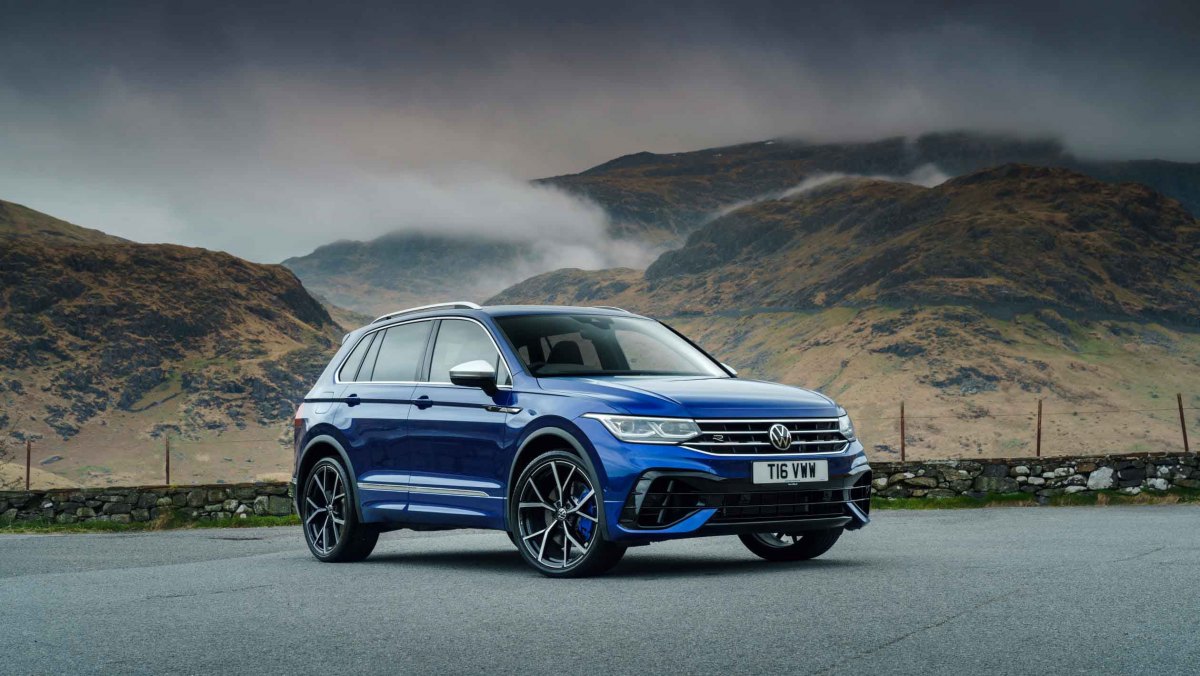 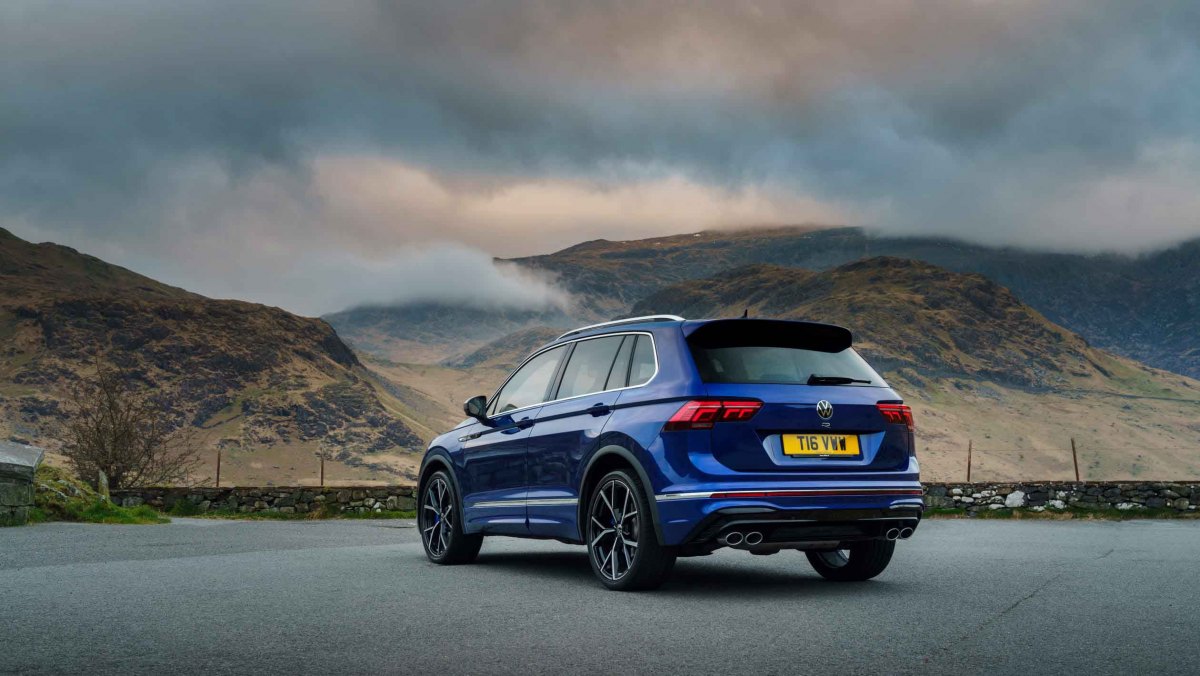 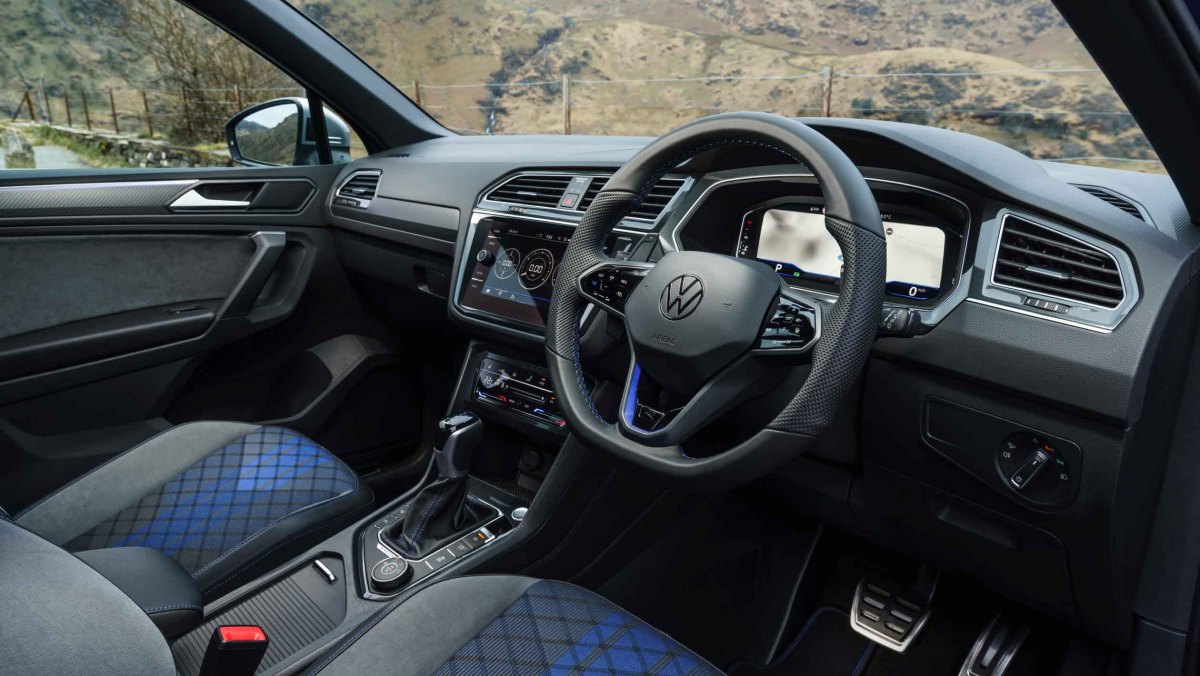 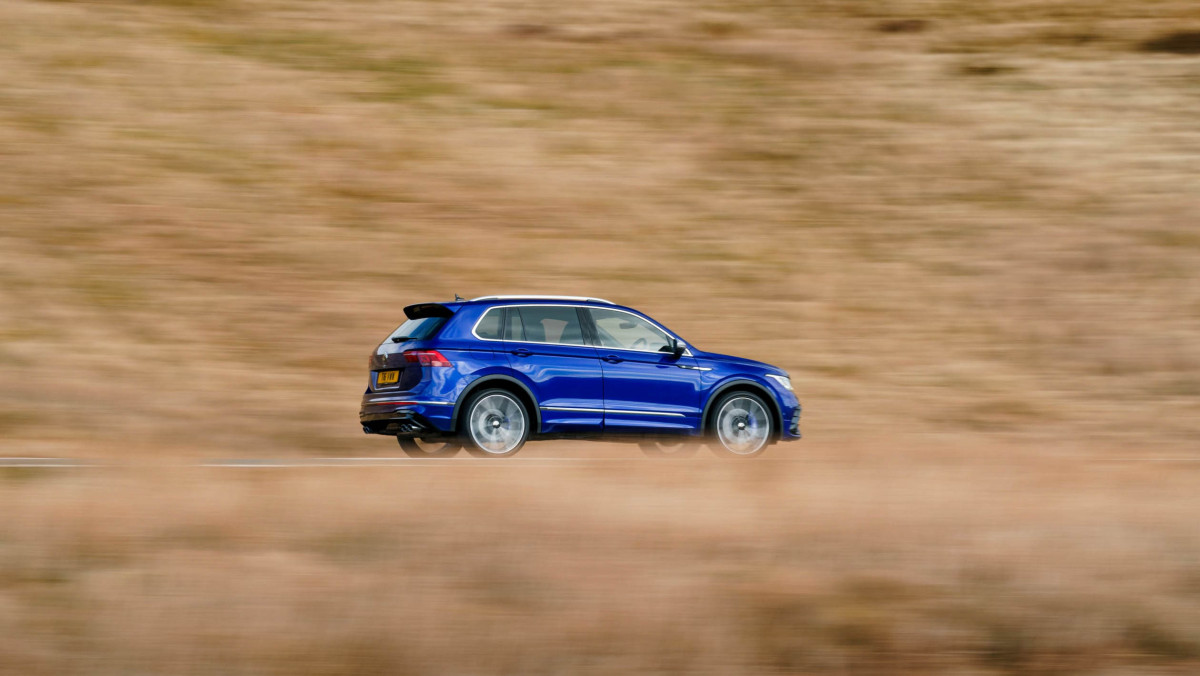 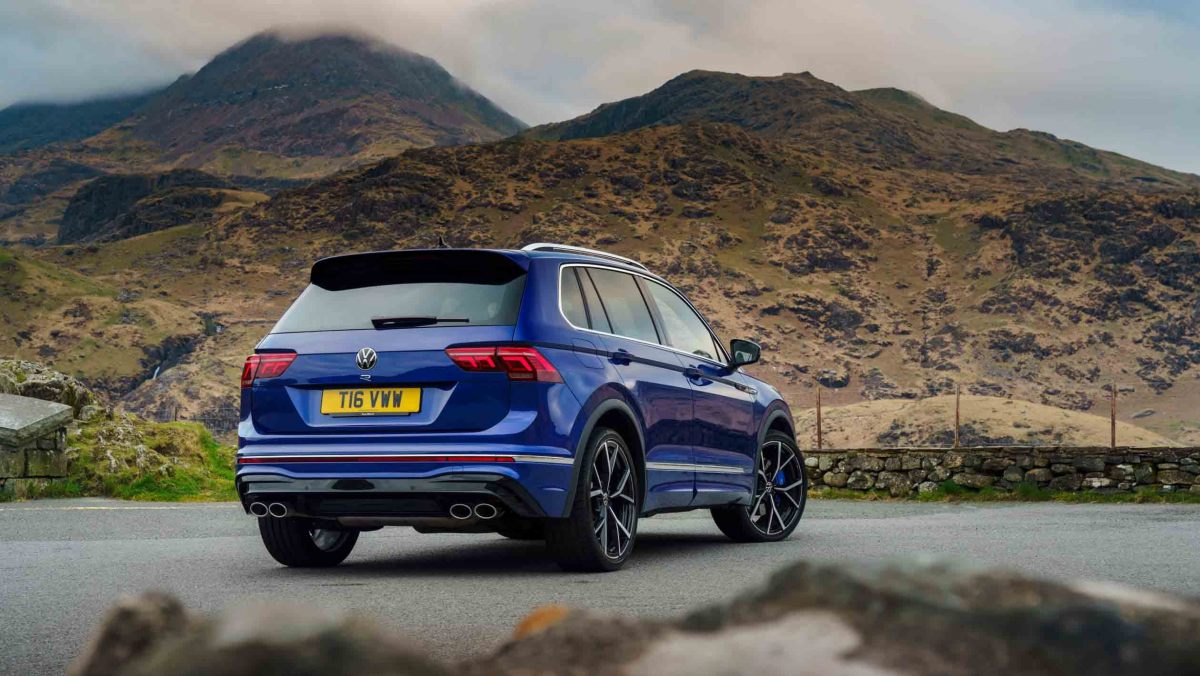 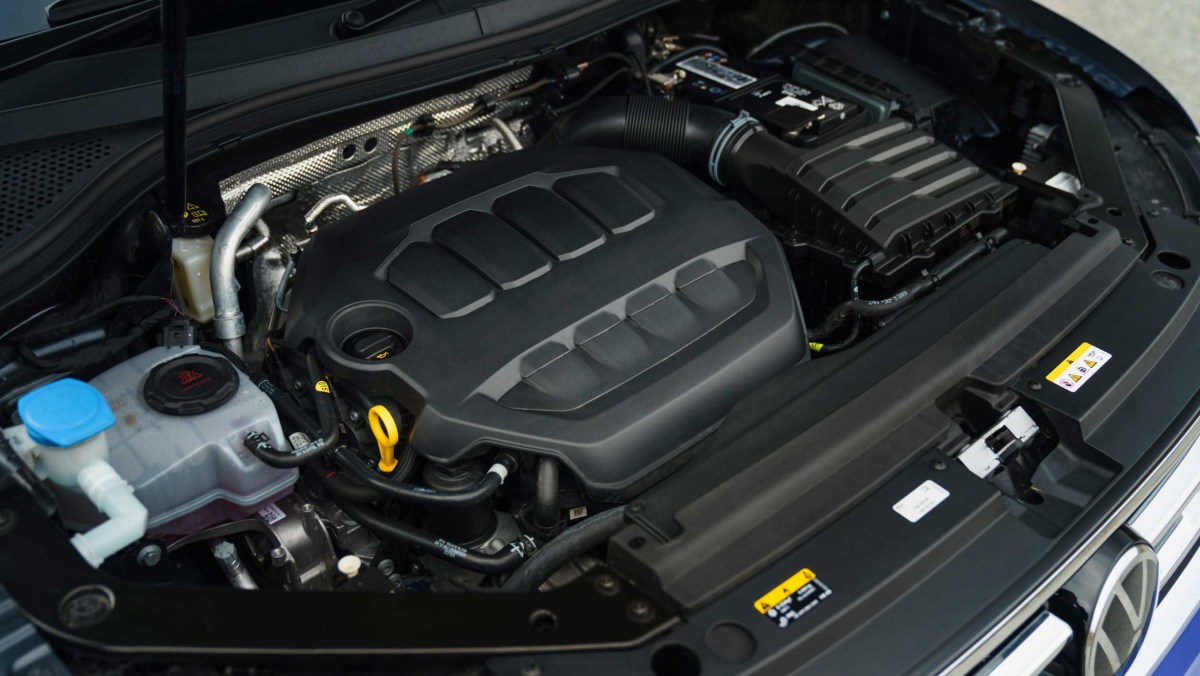 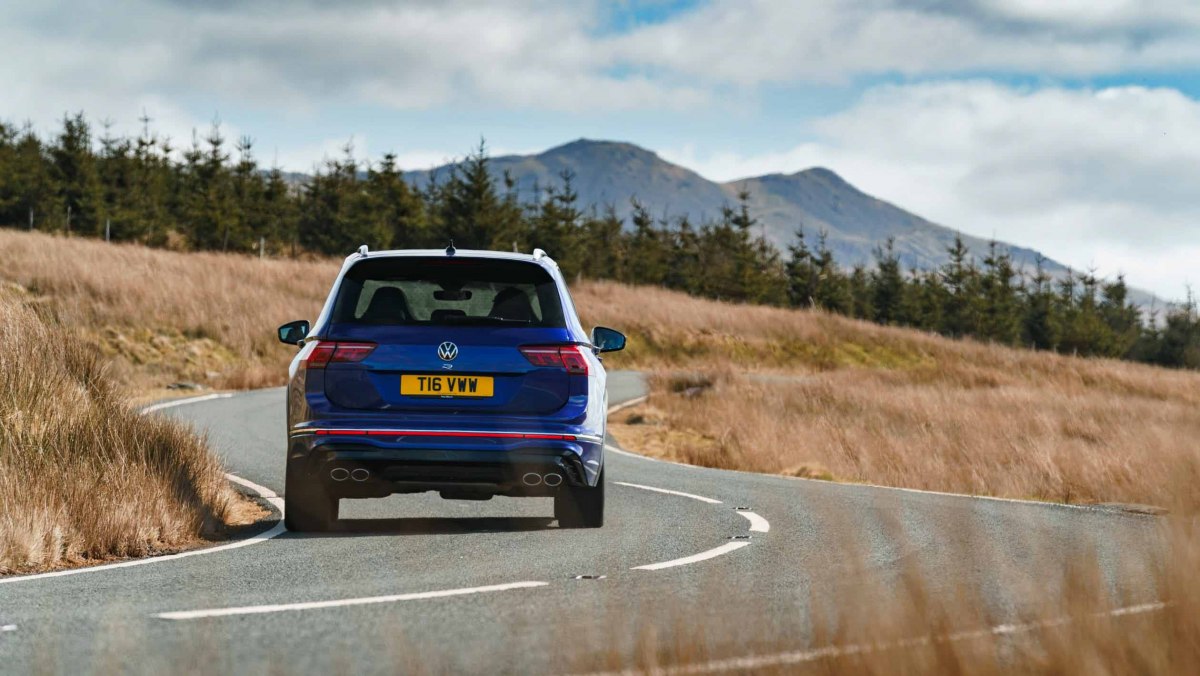 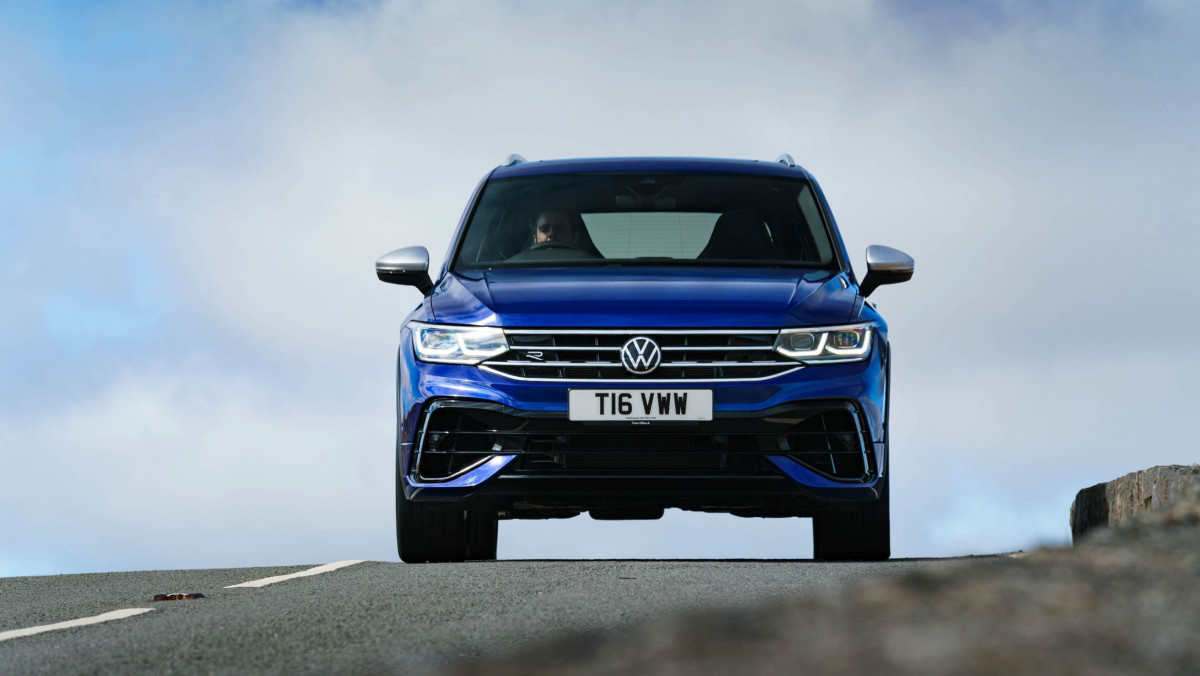 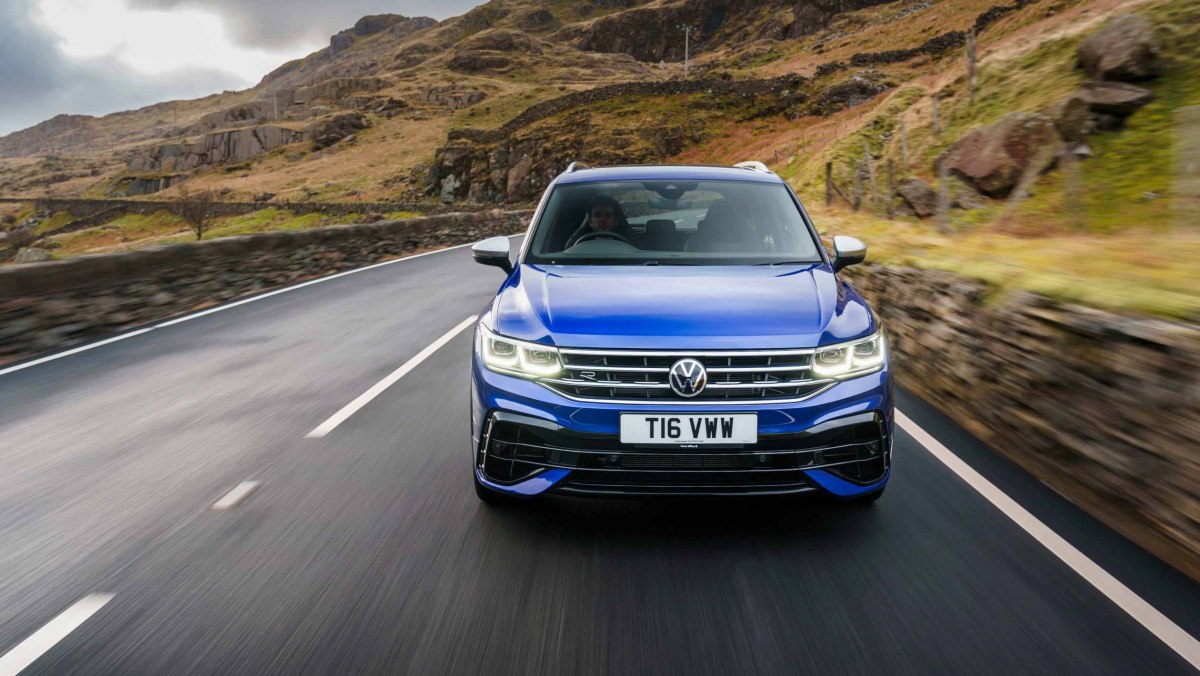 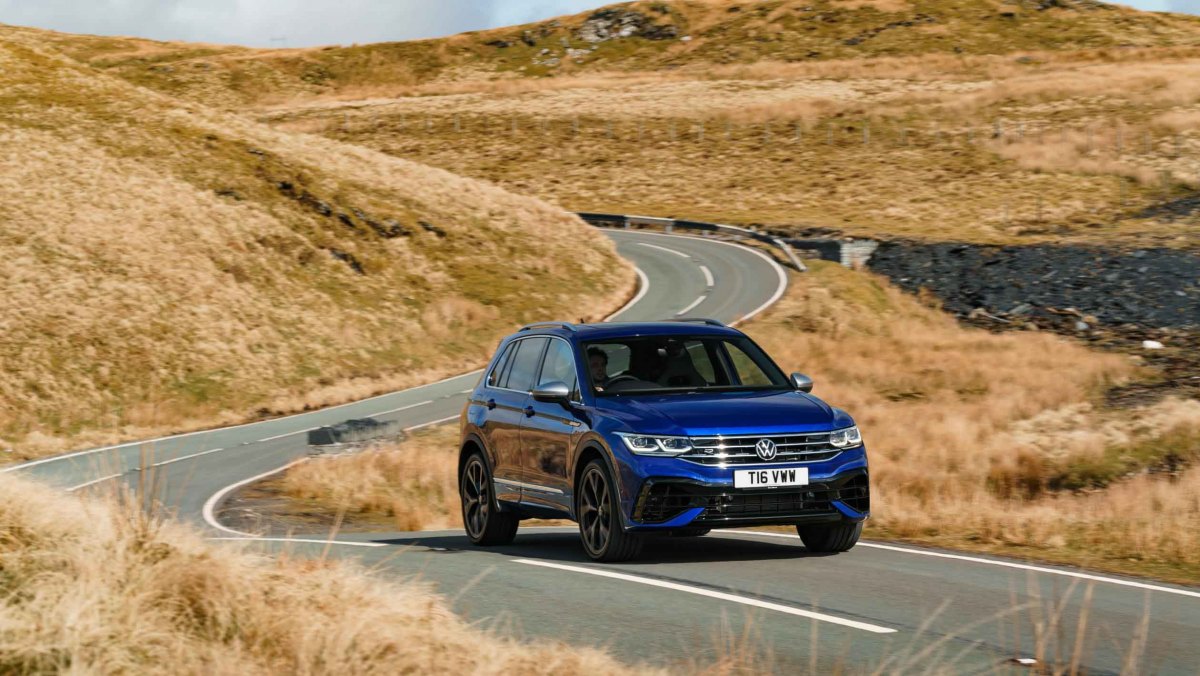 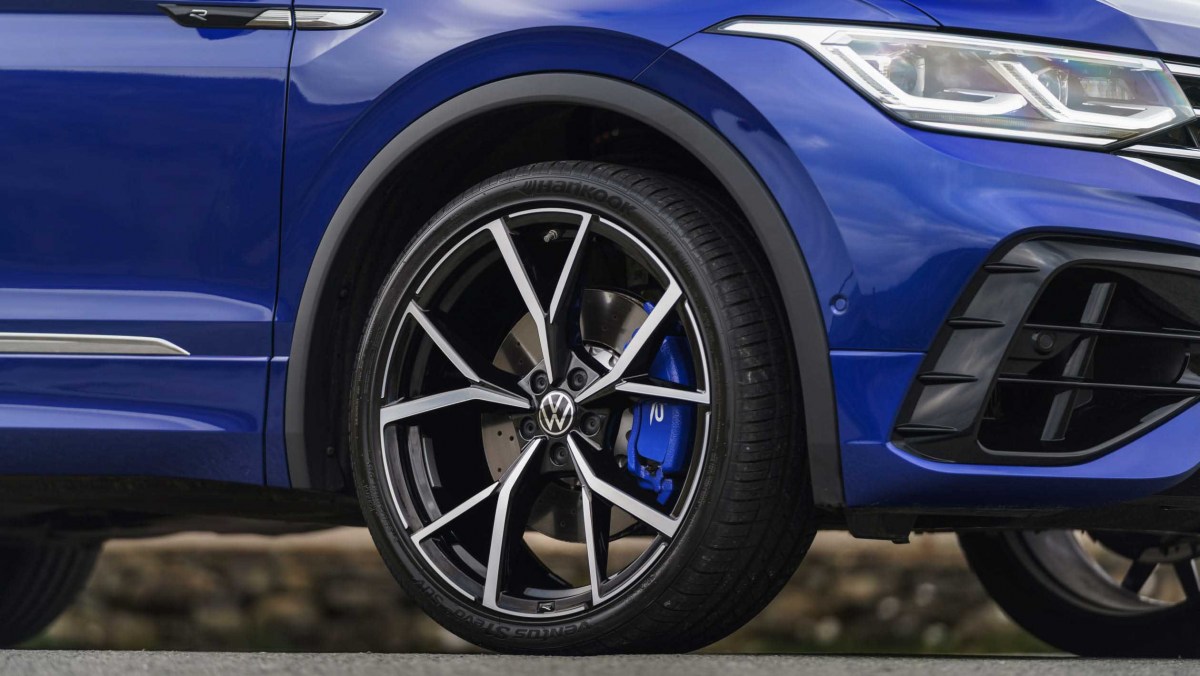 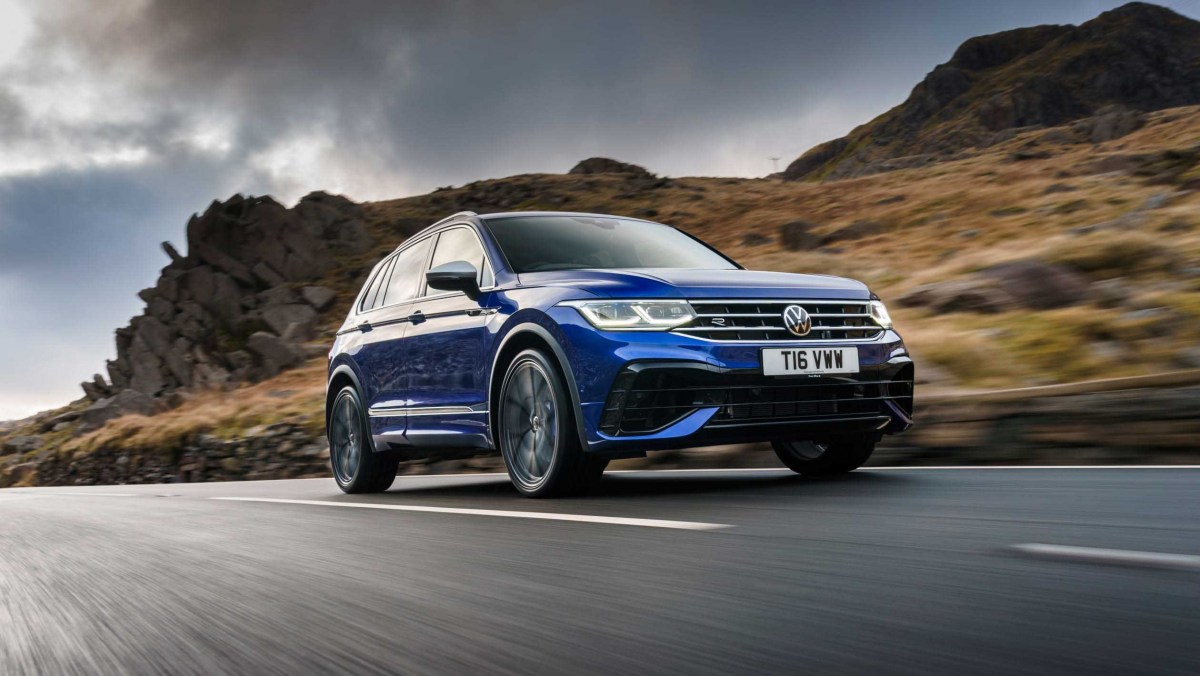 To be frank, we’re surprised Volkswagen didn’t jump on this bandwagon sooner – the hideously popular Tiguan has become something of a core model for VW, bringing in consistent top ten sales across Europe, surpassed in the VW range only by the T-Roc and Golf, and consistently outselling all of its midsize SUV rivals.

It makes sense, then, for Volkswagen to build on the Tiguan’s success with a high performance R model, integrating the same high-performance powertrain from the latest Mk8 Golf R to not just form a high-margin flagship, but also offer a natural progression for all those Golf R buyers that find themselves in need of more space. So as a business case the new Tiguan R makes perfect sense. The question is, has it been worth the wait, and can it justify its high price tag?

The Tiguan R is powered by the updated ‘evo4’ derivative of VW’s turbocharged 2-litre four-cylinder engine, which here has identical power and torque ratings to those of the latest Golf R at 316bhp between 5200 and 6600rpm and 310lb ft of torque available at 2100rpm, holding steady until 5350rpm.

There’s also the usual seven-speed dual-clutch transmission operable via an old-fashioned gearlever between the seats, or by using a set of good-sized paddles. Power is driven to all four wheels, with the new Golf R’s torque vectoring rear differential on the rear axle. The front axle makes do with VW’s XDS ‘virtual’ differential, using the brakes rather than a mechanical diff lock to reduce overdrive of the unloaded wheel.

Thanks to that potent combination of engine, transmission and drivetrain, the Tiguan R will hit 100kph in 4.9sec, an impressive time considering its 1746kg kerb weight. Top speed is typically limited to 250kph.

To complement the new powertrain the chassis has also been beefed up, with featuring standard 21-inch wheels wrapped in Hankook Ventus tyres, a larger brake package and adaptive dampers. The only mechanical upgrade available on the options list is a variable Akrapovič exhaust system, but at $4380 feels like an expensive and indulgent upgrade for a car of this type.

Visually, the ‘R’ theme continues with the trademark Lapiz Blue paint unique to the R model, alongside bespoke bumpers front and rear. Inside, the bucket seats are the same ones as found on the Golf R (and a spread of other VAG performance products), and there’s some unique woven metallic trim, ambient lighting and a well-formed and sized steering wheel that’s been ruined by the new touch-sensitive controls. The air conditioning controls have also been replaced with a touch-sensitive panel, removing the perfectly functional twist dials for something that is undeniably worse to use.

If Volkswagen has designed the Tiguan R to be a natural progression for the Golf R buyer, it’s done extremely well to make them feel right at home. There’s a tangible Golf R-like firmness to many of the elements, but never so much as to feel intimidating or cumbersome. Pull away from a stop and the DSG does its usual clutch slip, but it’s predictable, and through a bit of low-speed throttle modulation you can get it to drive as you want, whether that be smooth and moochy, or something more immediate.

The engine is also impressive – tractable, torquey, responsive, but still very happy to extend excitedly up the rev band. There is some obvious lag below 2000rpm, but it doesn’t feel like a detriment in normal driving. Our model was not fitted with the optional Akrapovič exhaust, so the soundtrack was otherwise perfectly subtle when the ‘pure’ exhaust mode was selected, but it can be a bit over the top in Sport and Race modes when the speaker-sourced augmentation is switched on.

Go up a notch in speed, select one of the more aggressive driving modes and the Tiguan responds. There feels to be some real sophistication to the damping, and there’s a good level of suspension travel that allows you to use the Tiguan’s weight to load each axle and actually feel what that chassis is doing somewhere beneath you. The steering is also well calibrated, with the same progressive rack as the new Golf R that strikes a good balance between being direct without feeling too overzealous.

Up until this point the Tiguan’s vectoring rear differential doesn’t really make its presence known, but provoke the throttle and it will very subtly overdrive the outer rear wheel to help tighten your line in a corner, rather than explicitly facilitate oversteer. It’s a more subtle effect than in the Golf R, but does feel like a welcome addition and makes the whole driving experience more engaging.

But when you reach the speeds required to feel the differential get involved, the damping starts to lose its polish. The big 21-inch wheels and tyres feel oversized and heavy, removing some of the agility in the chassis. It’s not cumbersome, but does make you question the amount of commitment you should carry through tight or rough sections of road. It also makes you wonder what a Tiguan R with an extra couple of inches on the tyre sidewall would feel like…

The Tiguan R is undoubtedly better to drive than many of its rivals though, feeling less wooden and more engaging than a Cupra Ateca, and while it may lack the overt sophistication of the larger BMW X3 M40i or the raw firepower of the Mercedes-AMG GLA45, it still comes together as an attractive overall package that’s good enough to justify its existence.

That existence is an expensive one though. Priced from $63,830, it’s a lot of money for a midsize VW SUV. Standard equipment is reasonable, but high-end upgrades such as a big stereo or the panoramic sunroof are still optional, easily growing the list price to up to and over $75k. At this level, the plastics, interior design and tech are left wanting, making the all-important monthly repayment an essential consideration.

In realistic terms, there is really only one SUV that significantly undoes the Tiguan R’s desirability and it comes in the form of the Porsche Macan. The basic Macan, which sits on a larger and more sophisticated chassis, is also powered by an only slightly detuned version of the same EA888 engine. And at only $1500 more it puts the Tiguan R as a value proposition under some serious scrutiny.

While in reality many buyers couldn’t care less about platforms, we’d hazard a guess that the Porsche’s presentation, not least its badge, will be more than enough to convince them of which is really the premium product. That it drives with even more polish and capability are just nails in the Tiguan’s coffin.