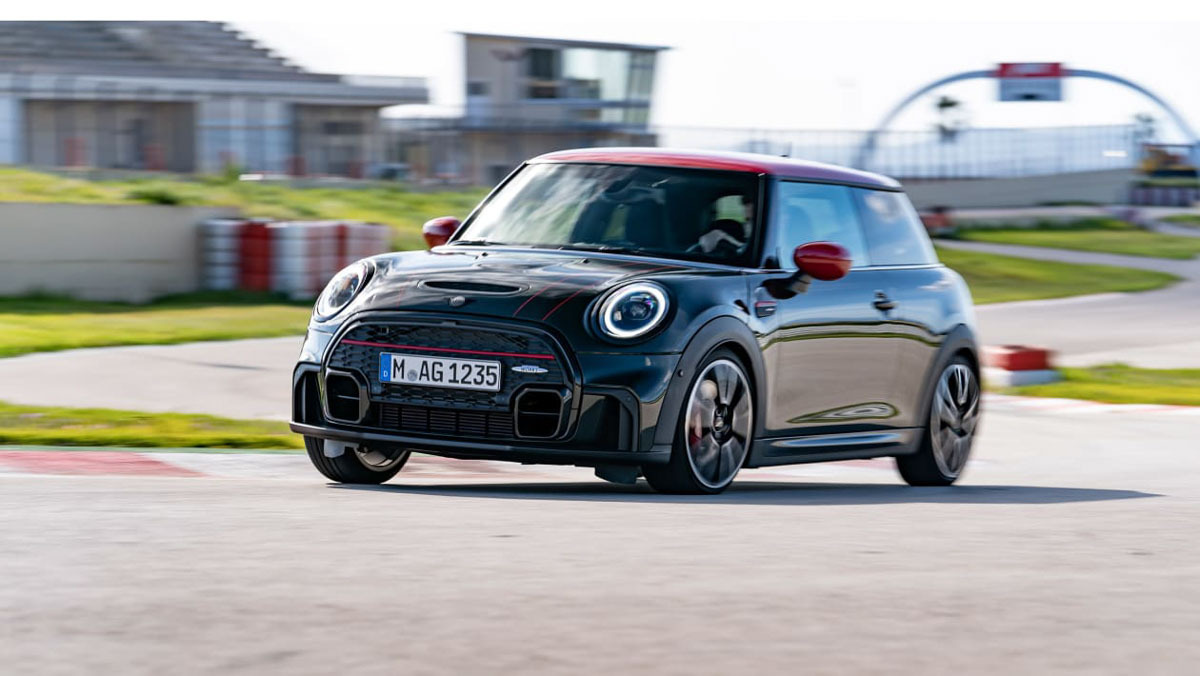 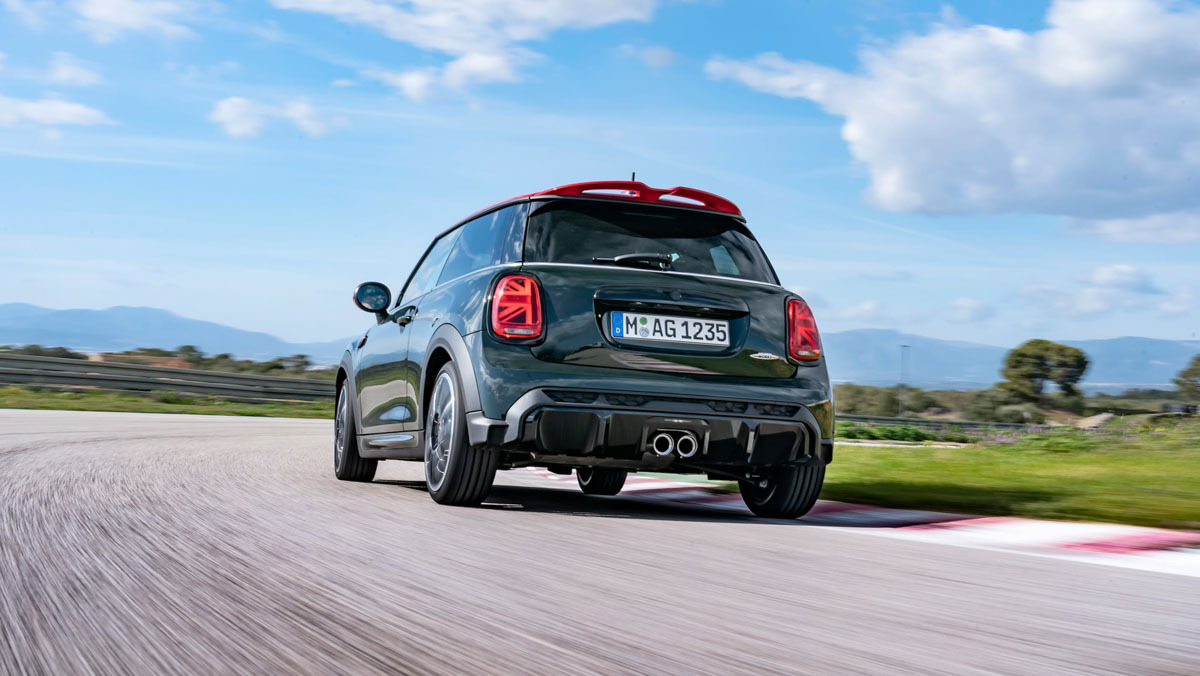 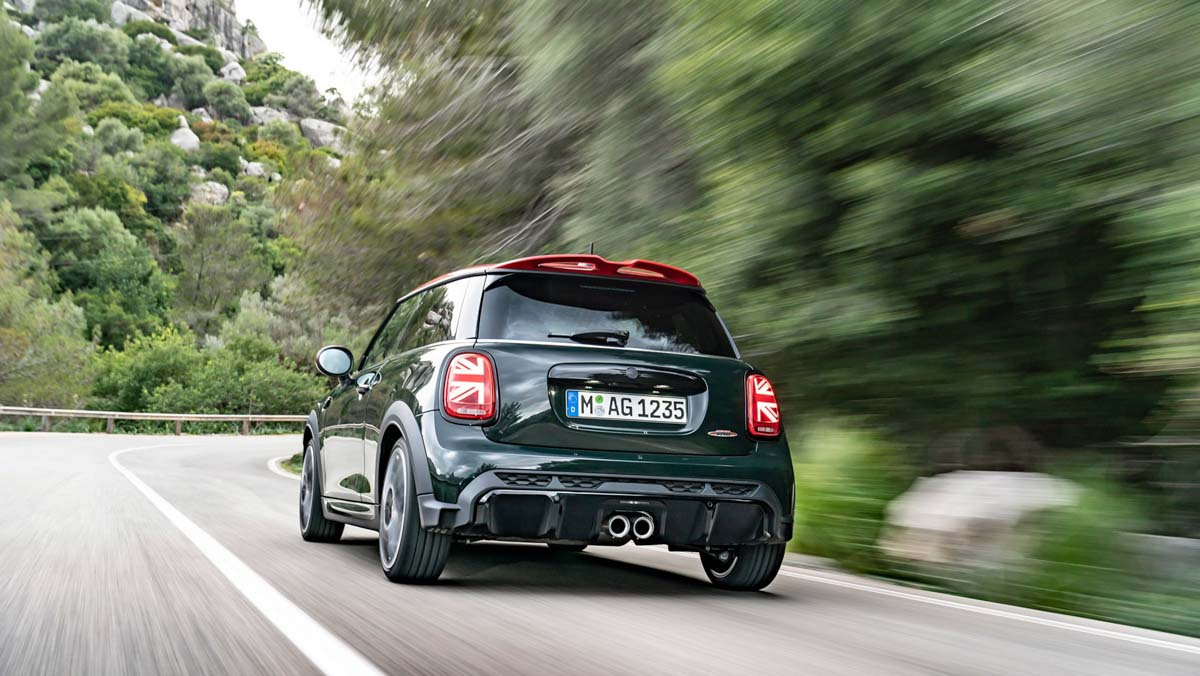 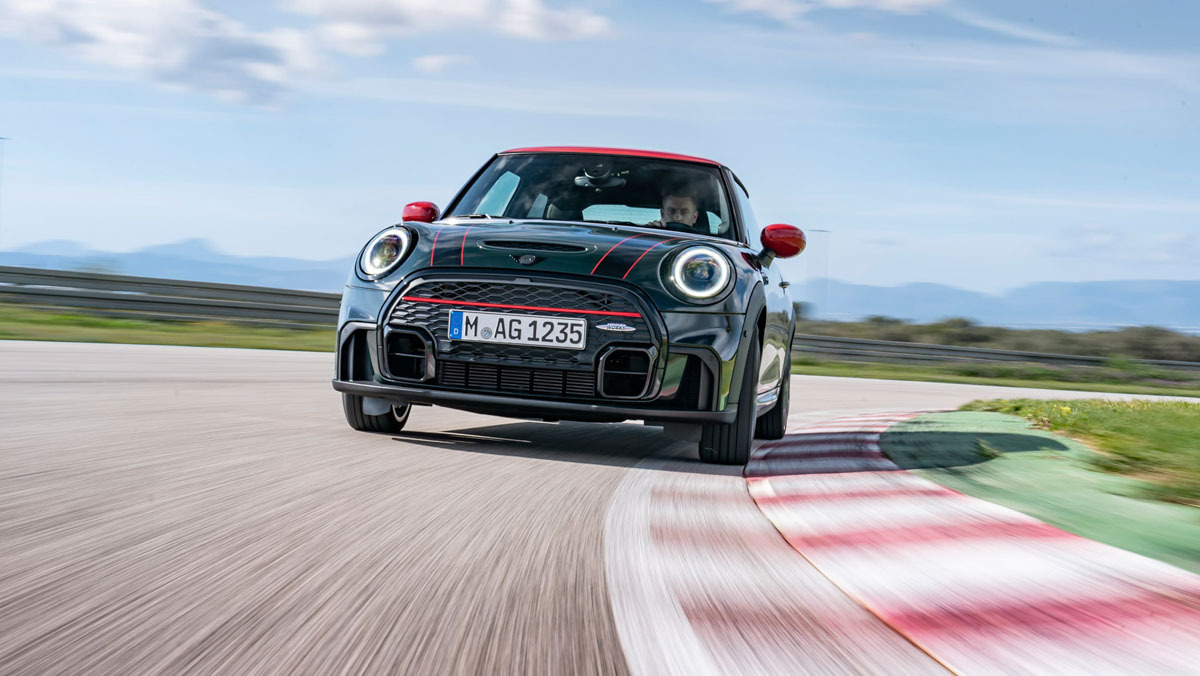 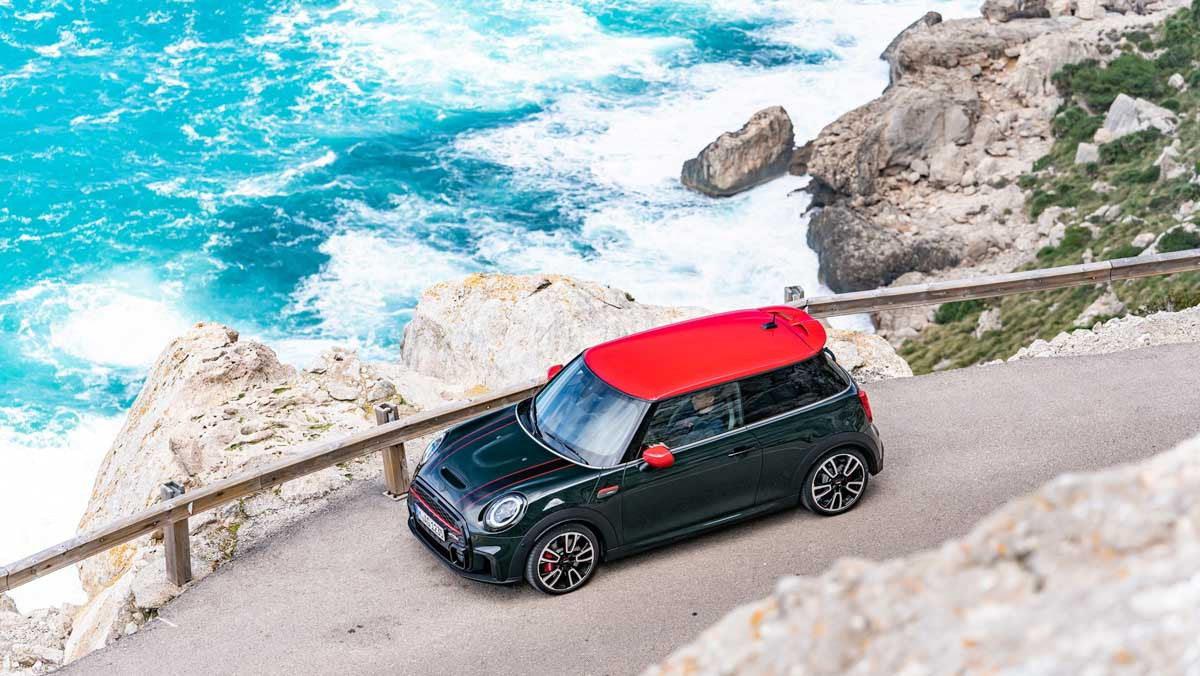 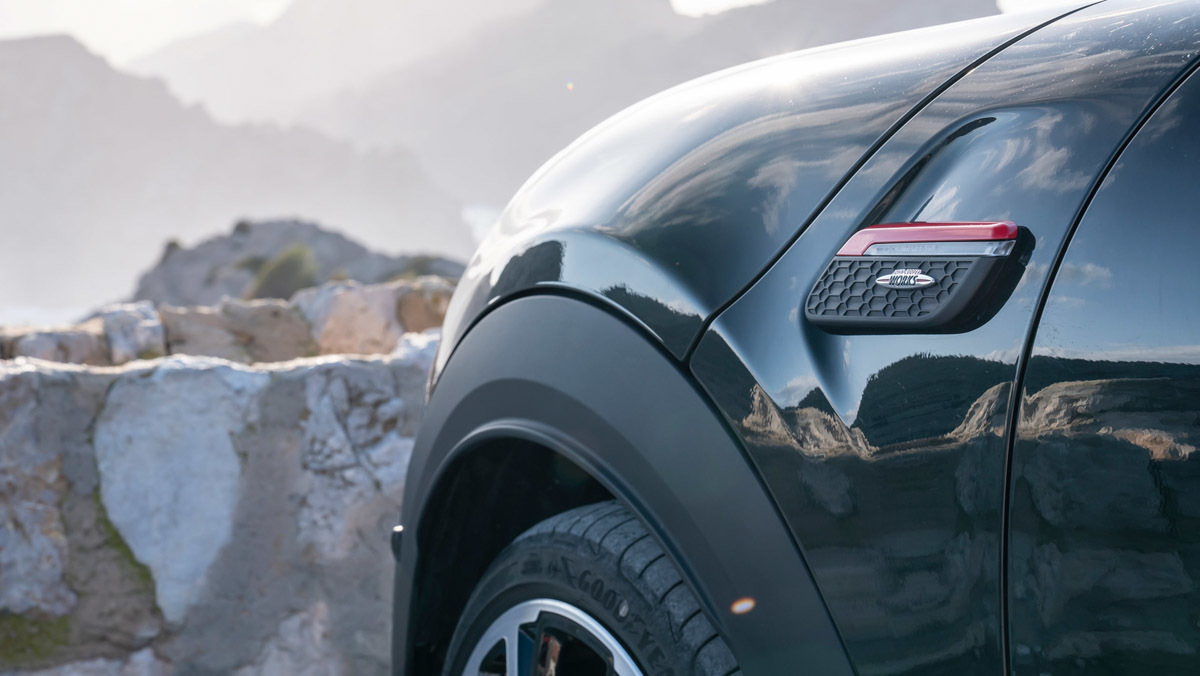 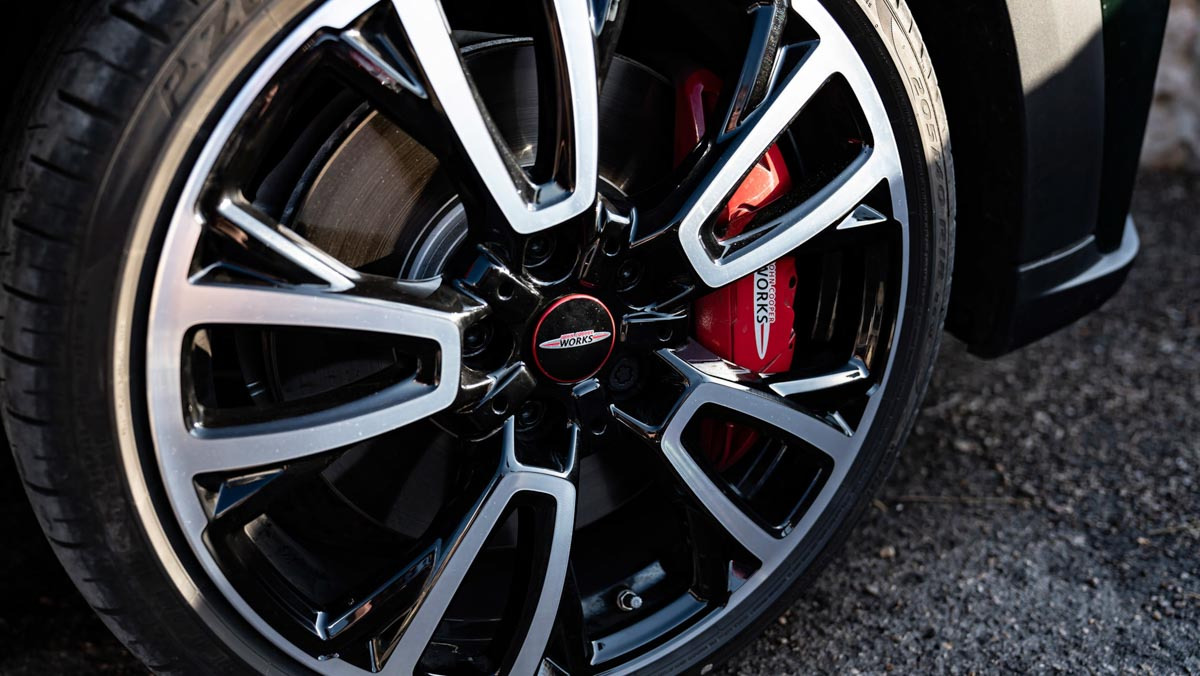 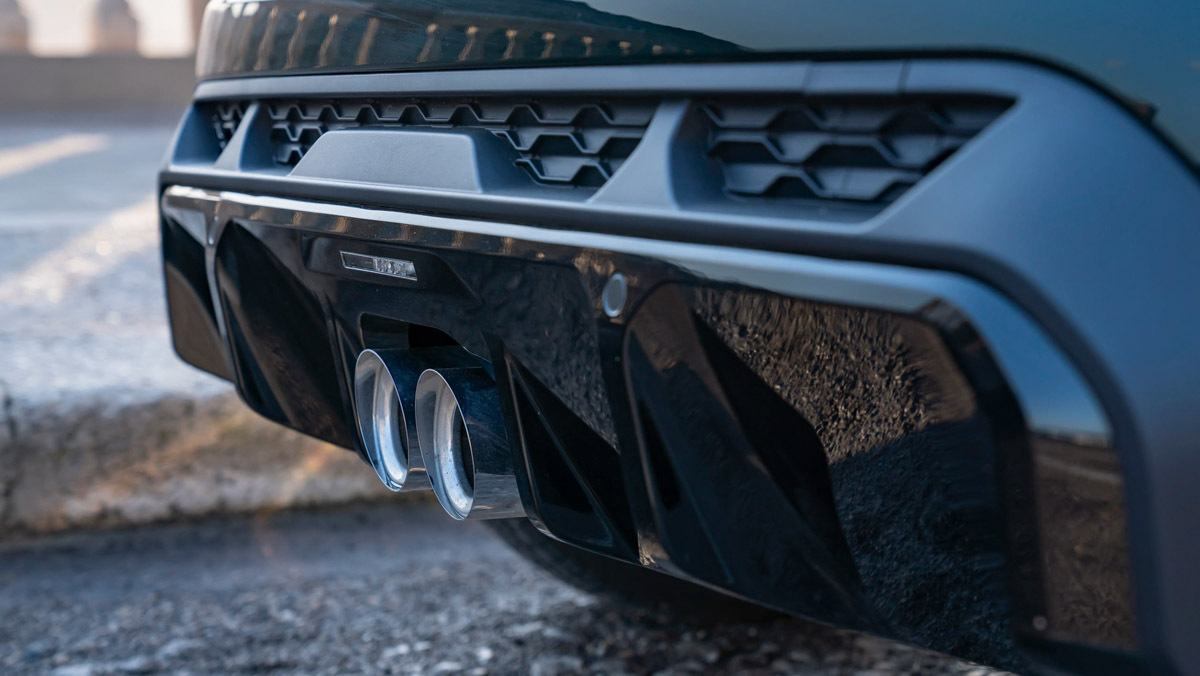 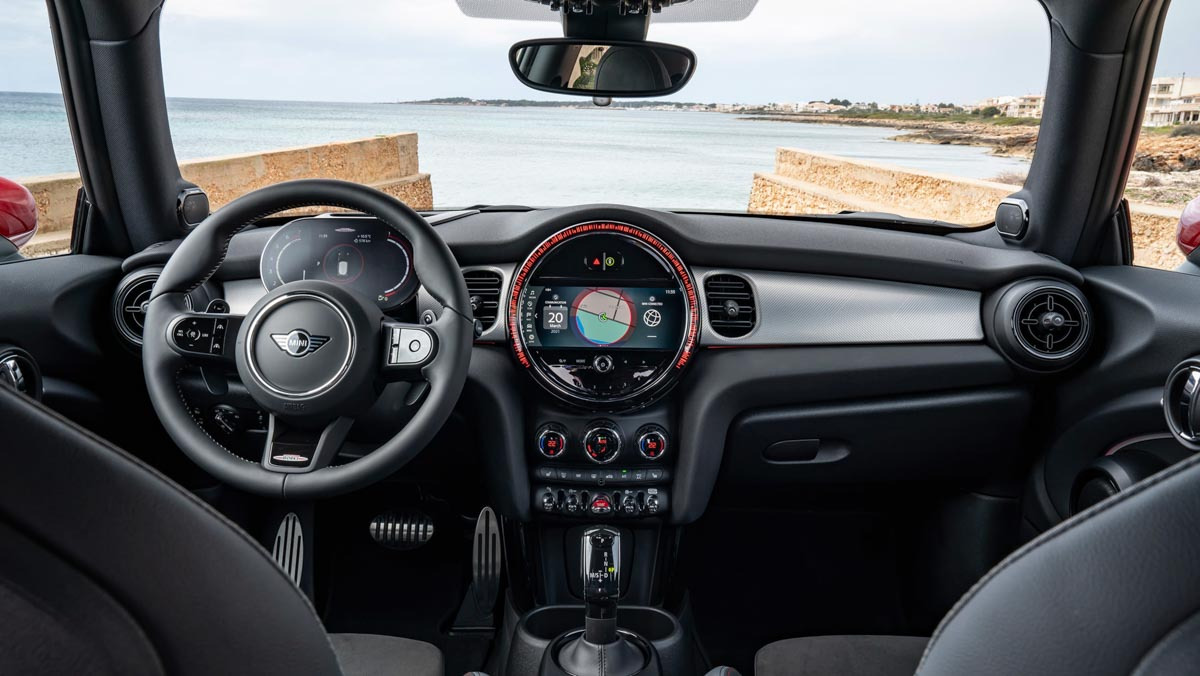 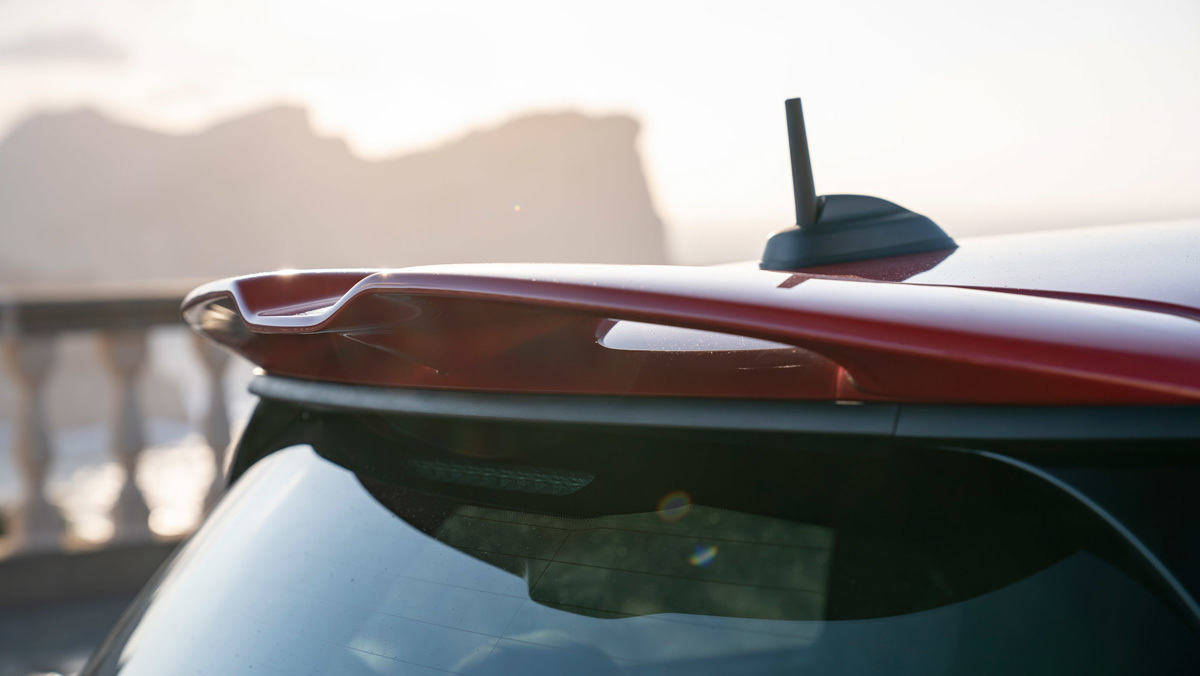 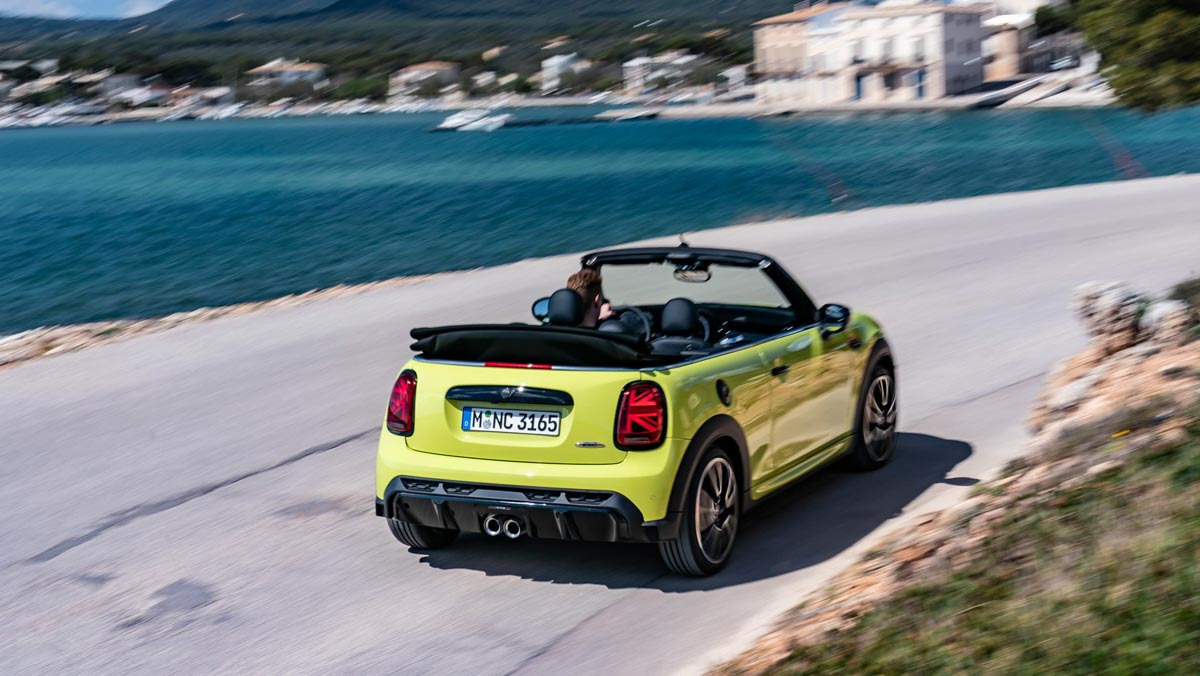 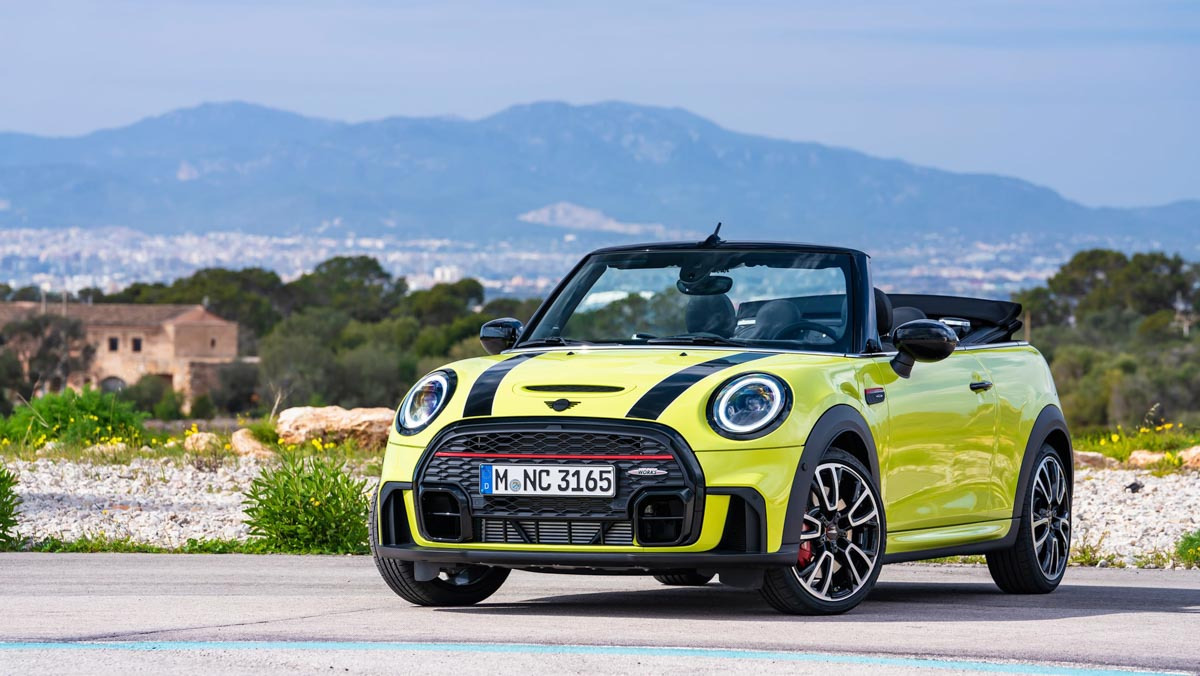 Mini has officially revealed the facelifted version of its Mini John Cooper Works, joining the wider range with some subtle styling and tech updates. The updated JCW is already in production at Mini’s Oxford assembly plant, and is priced from $40,000 for the three-door hatch, rising to $44,714 for the cabriolet.

New for 2021 are a set of fresh bumpers front and rear, with a larger painted grille surround, blockier graphics and GP3-like detailing around the lower secondary surfaces. Tinted head and tail lights from the GP3 have also been carried across, so too a new selection of colour and trim options.

Inside there’s a new instrument pack derived from that seen in the GP3 and Mini Electric, pairing a larger colour display with a physical needle to one side underneath the same glass covering. To make full use of the new, more configurable display, Mini has also introduced a new steering wheel, while the dash itself is now marginally different to before. Mini’s take on BMW’s operating system has also been refreshed, with a housing around the embedded screen.

Despite the new face, Mini has not applied much in the way of technical upgrades to the new JCW, sharing the same turbocharged B48 2-litre four-cylinder petrol engine with 231bhp and 236lb ft of torque. This same engine is used broadly throughout the Mini and BMW range, even appearing in the Toyota Supra and Morgan Plus 4, and like in all its applications has a broad torque curve peaking at just 1450rpm, making it feel more gutsy on the road than its figures might suggest.

Both a six-speed manual and eight-speed torque converter style automatic transmission are able to be fitted, which sends power to the front wheels exclusively. The John Cooper Works also has an uprated four-piston brake package compared to lesser Cooper S models, and rides on standard-fit 17-inch wheels – 18s are an option.

The chassis is also otherwise unchanged, finding its base in the UKL platform that also underpins front-wheel drive BMW models featuring the usual MacPherson front and multi-link rear suspension designs. Passive dampers are standard fit on the JCW, with adaptive units relegated to the options list.