Mini is to expand its EV range with a future hot JCW model, making it one of the first ‘real’ EV hot hatchbacks 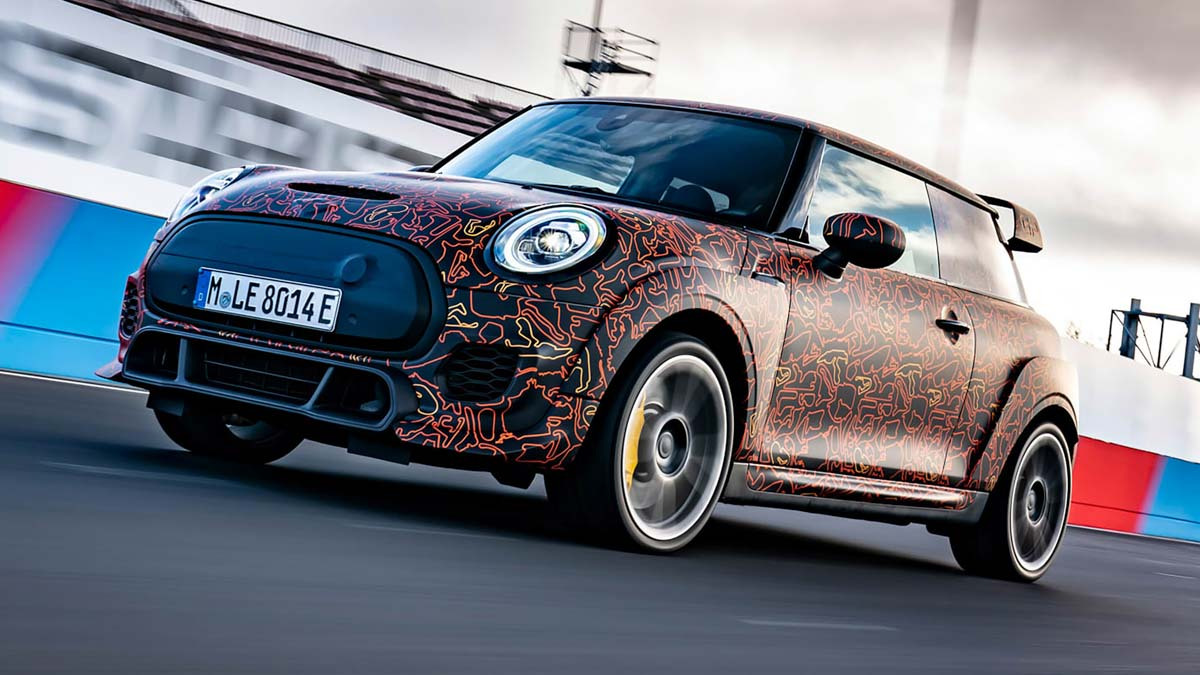 Mini has announced that it will launch a hot version of its all-electric Mini, joining a traditional petrol-powered JCW version of its next generation model.

Given the inherently modular nature of different electric motors, and the platform ready to accept them that’s already in development, a high performance all-electric derivative is now a priority according to Mini boss Bernd Körber, saying “With the MINI Electric, we’ve shown how well driving pleasure and electric mobility can be combined. Now’s the time to translate the performance passion of the John Cooper Works brand to electromobility. So we’re working hard to develop concepts for John Cooper Works models with electric drive.”

Alongside the announcement, Mini has released images of an electric prototype with bodywork shared with the current Mini JCW GP. While no official specifications have been released, the prototype clearly lacks the standard GP’s exhaust system, while the covered grille and yellow highlights typical of the Mini Electric’s branding also peek through the camouflage.

Mini’s suggestion that a hot JCW Mini will be realised on a future architecture make the notion of a current Mini JCW GP unlikely however, given the constraint of the current UKL platform and the hardware inherent to the current Mini Electric’s package.

This new EV flagship will be part of Mini’s bigger future plans, which include a further expansion into larger EV models, but also a smaller core Mini hatch that will arrive sometime in 2022. It’s this model which we expect the basis of an electric JCW model, supplemented by hot combustion models too.

While the notion of an electric hot hatchback might sound contrary to the lightweight, agile foundation of what makes a great hot hatch, given us lukewarm opinion of contemporary hot Minis, could in fact be a fascinating alternative to the traditional models.