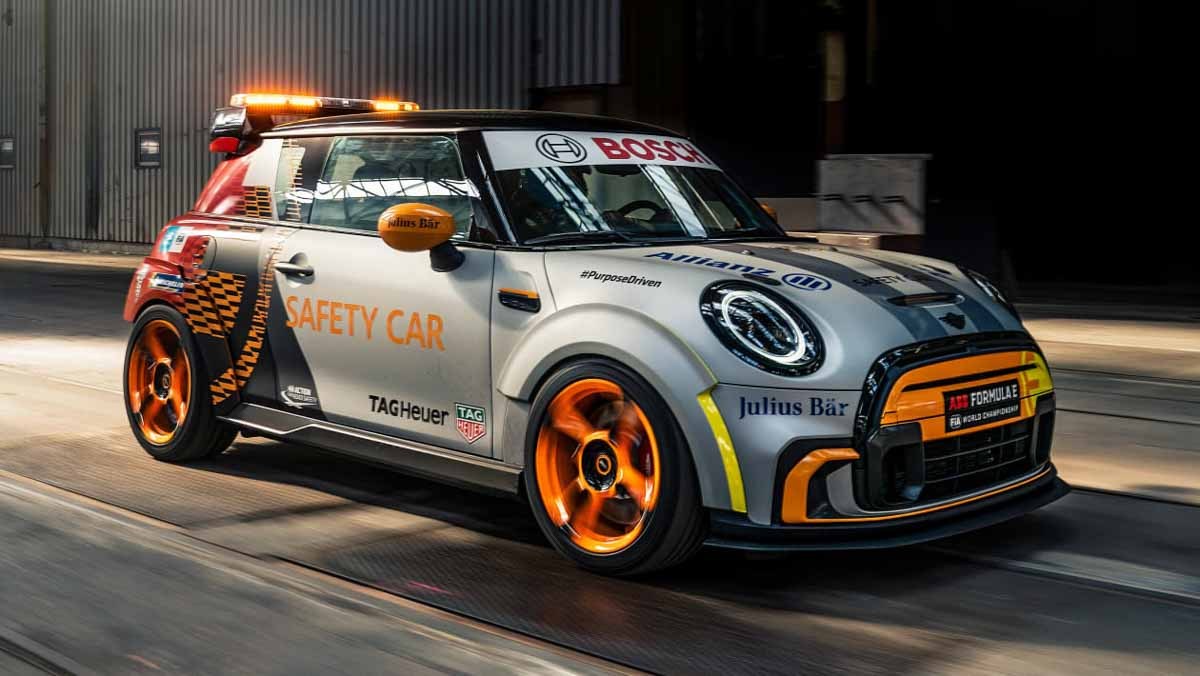 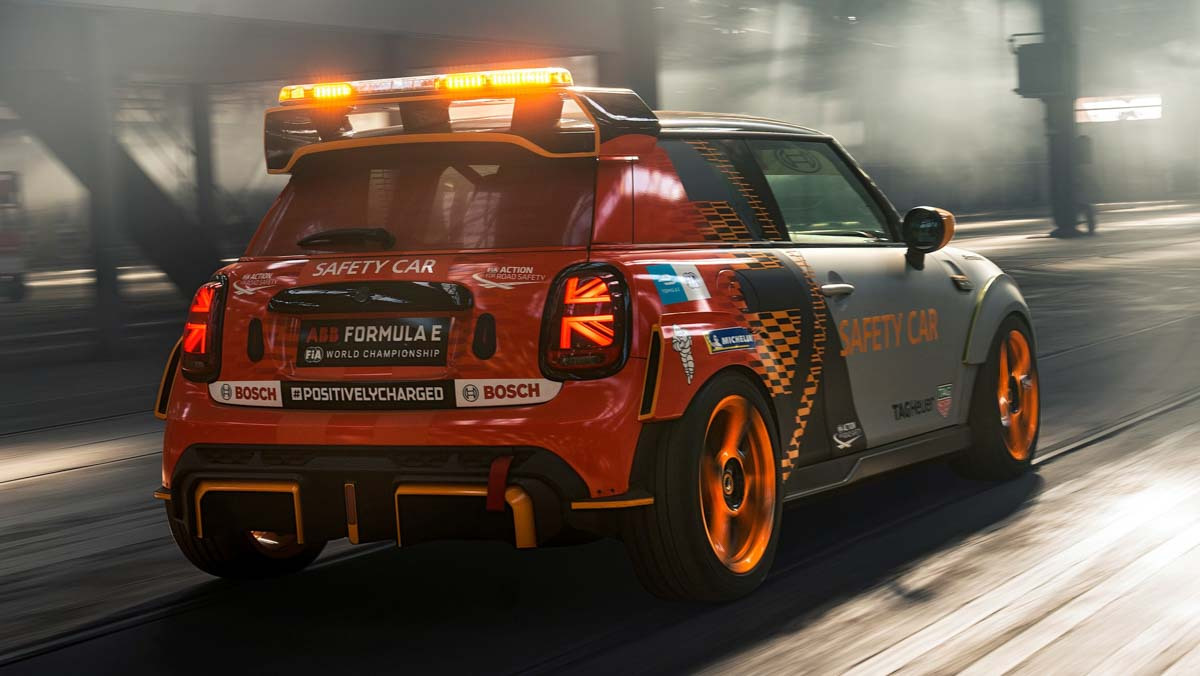 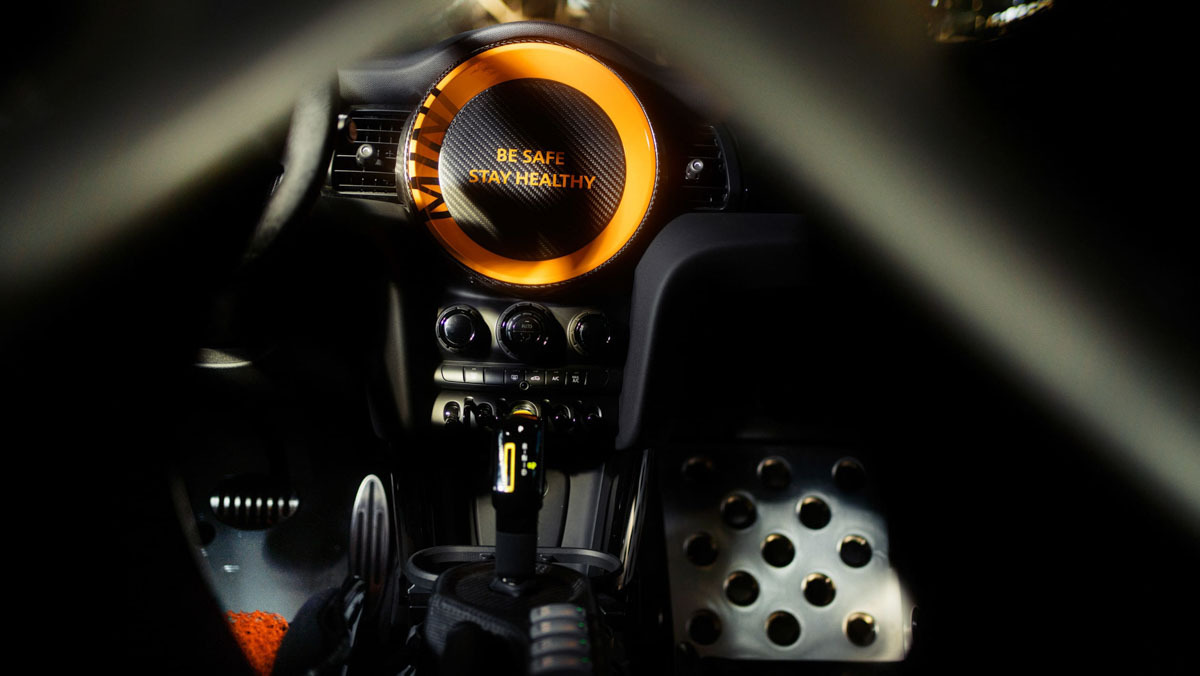 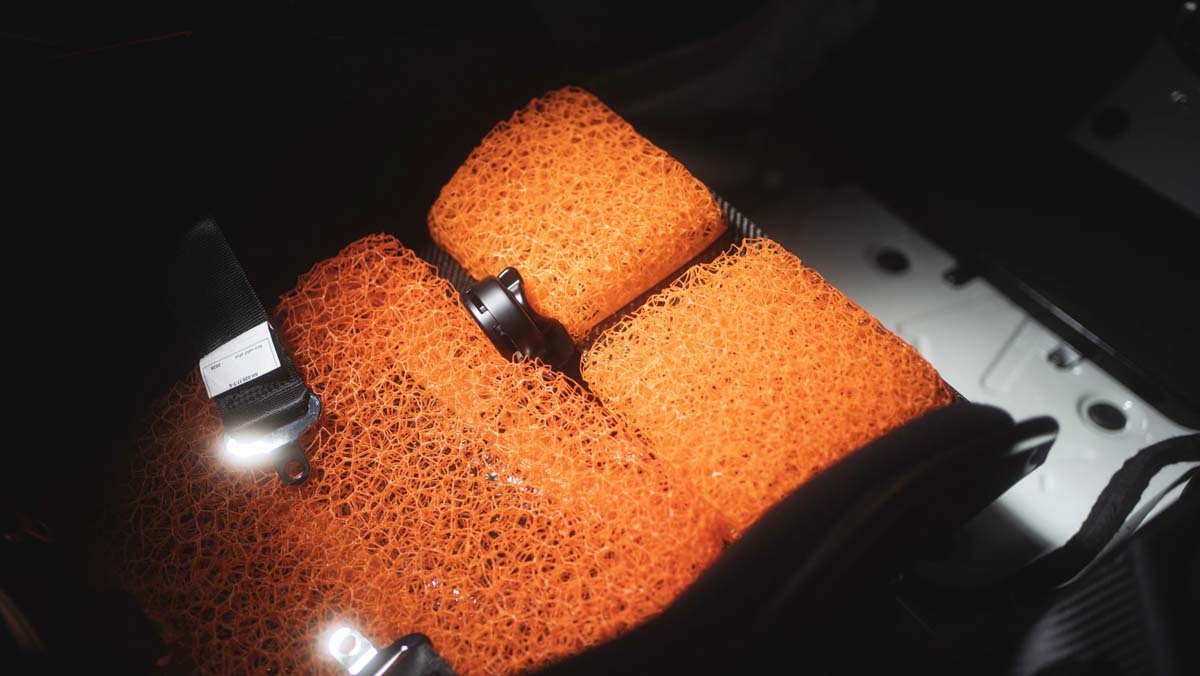 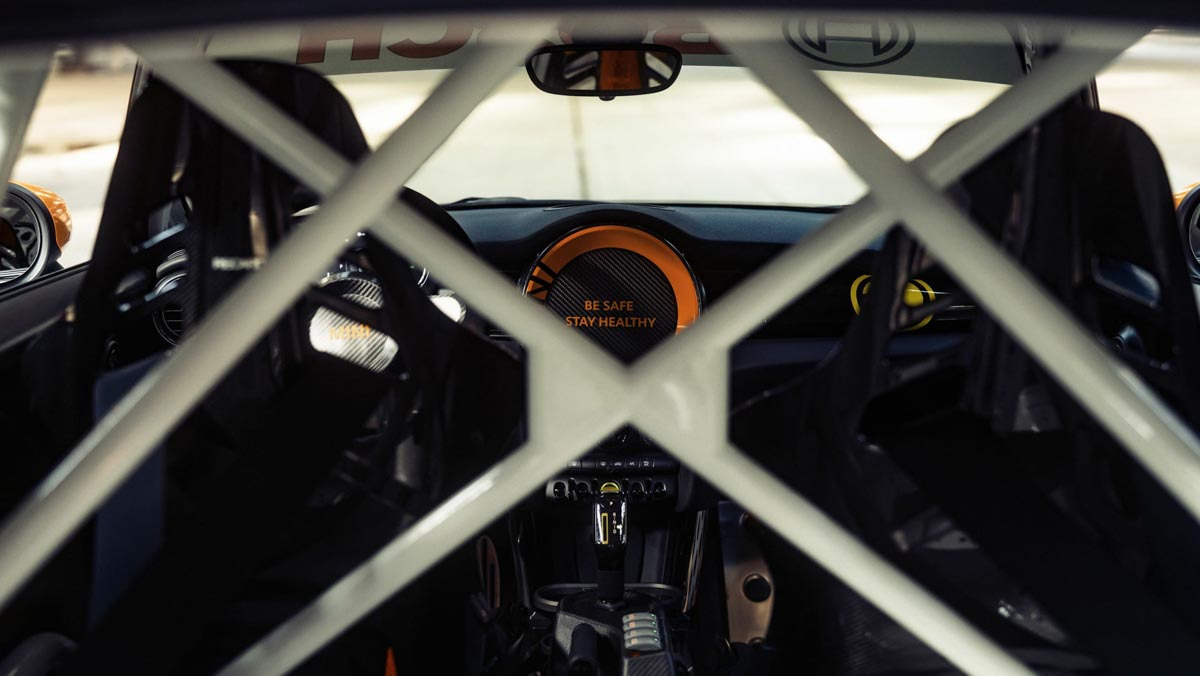 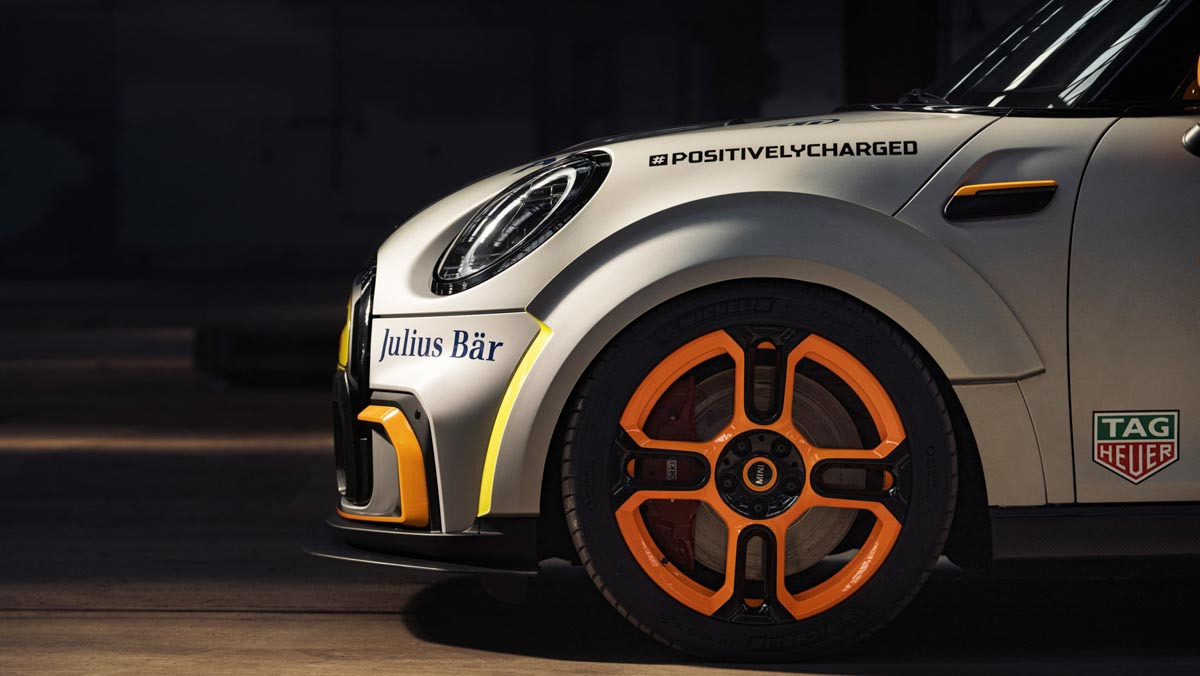 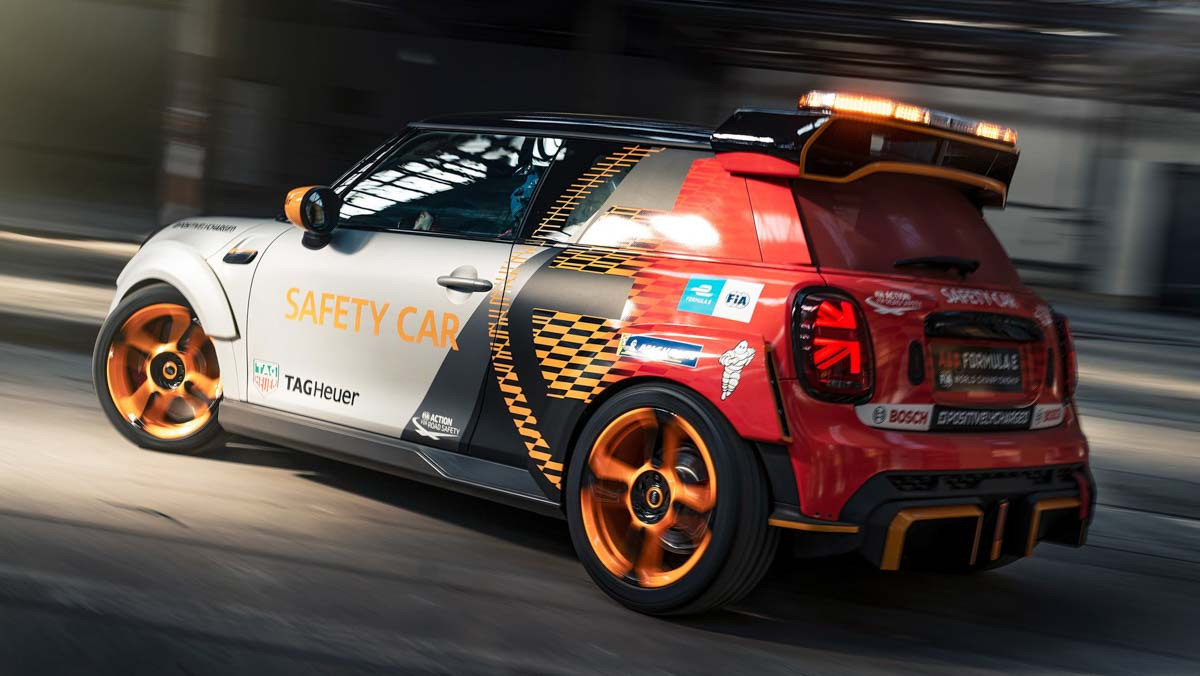 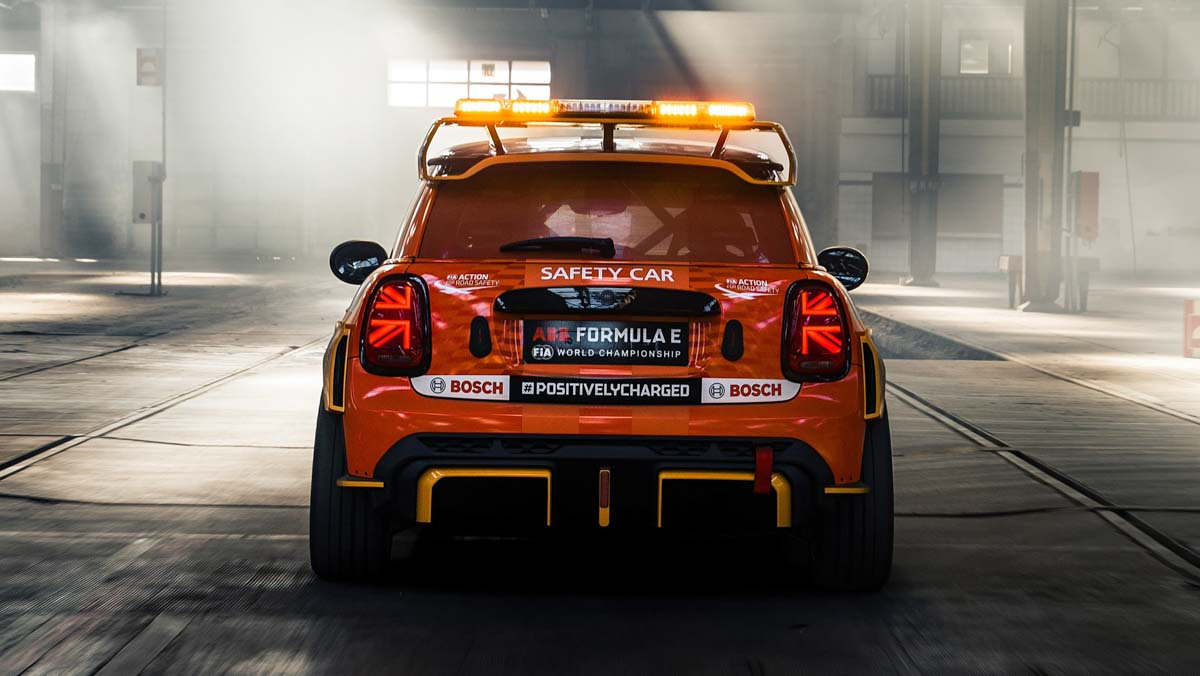 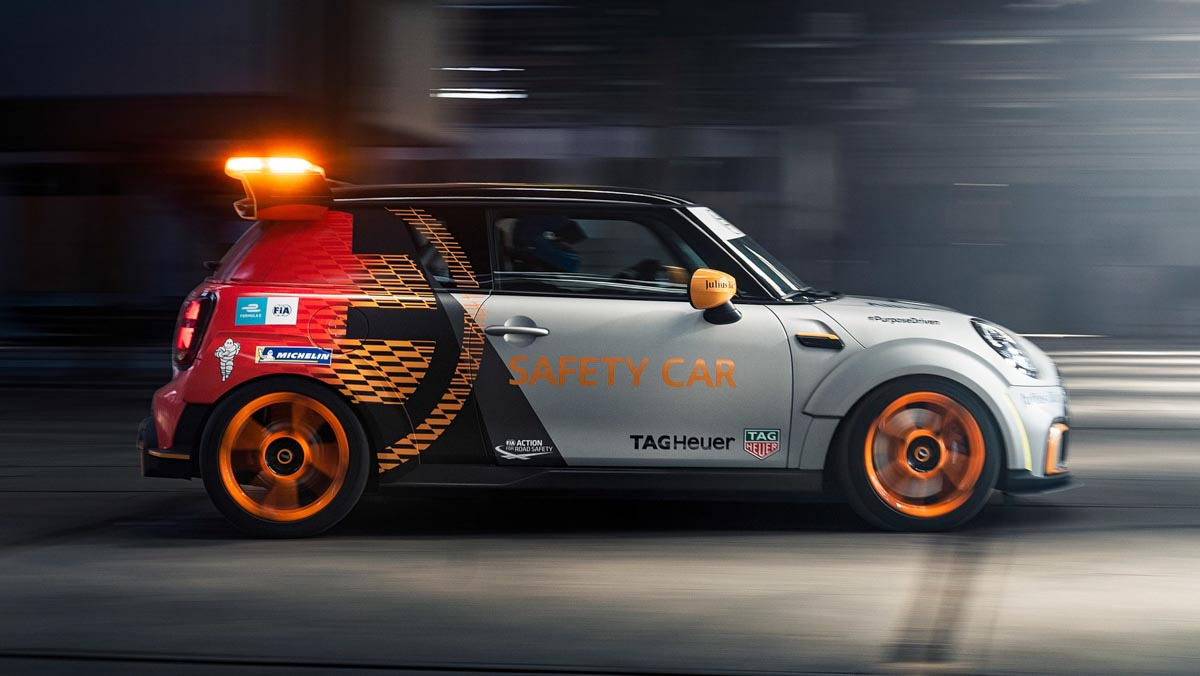 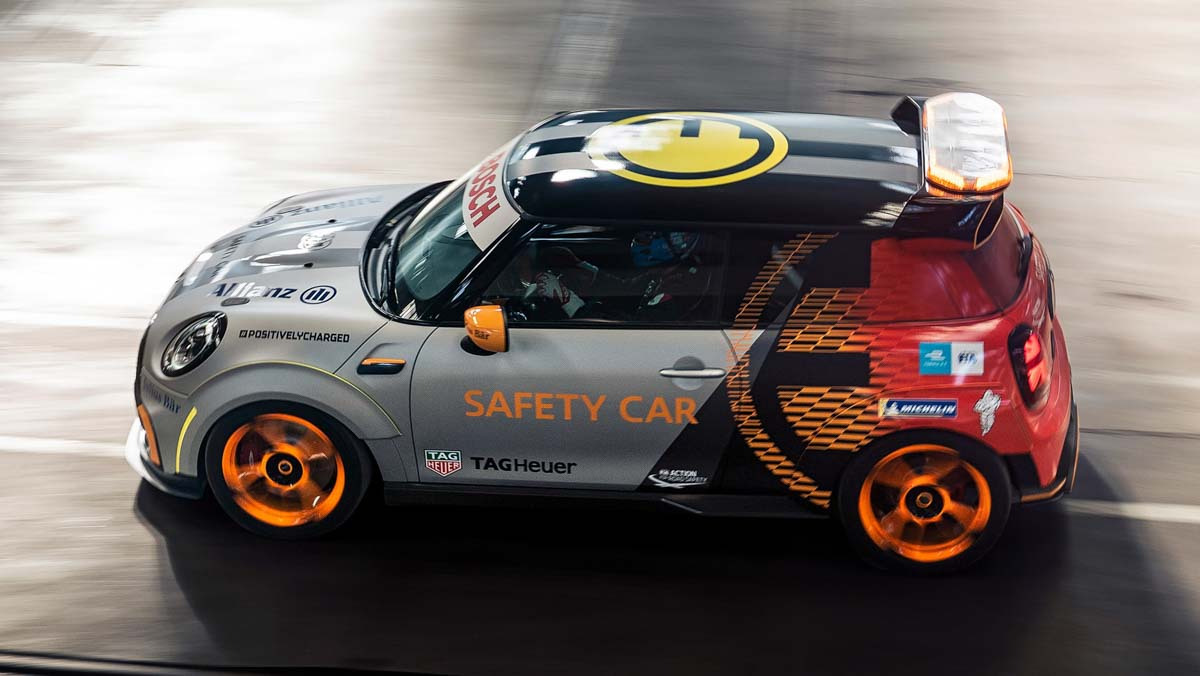 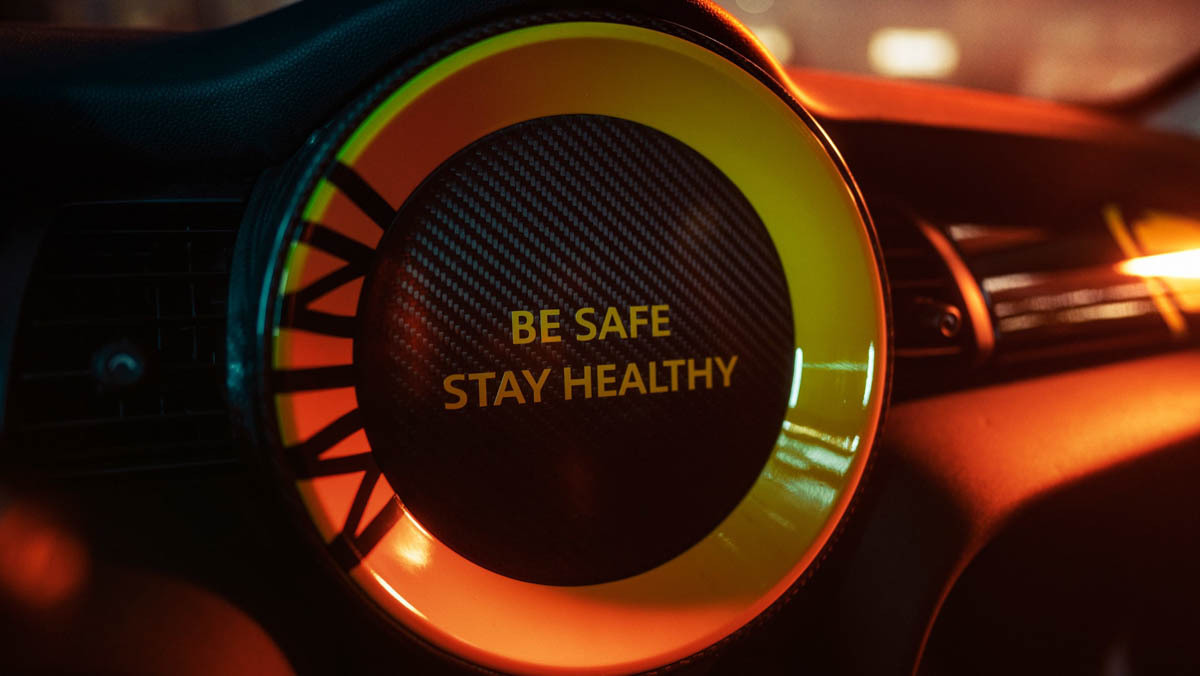 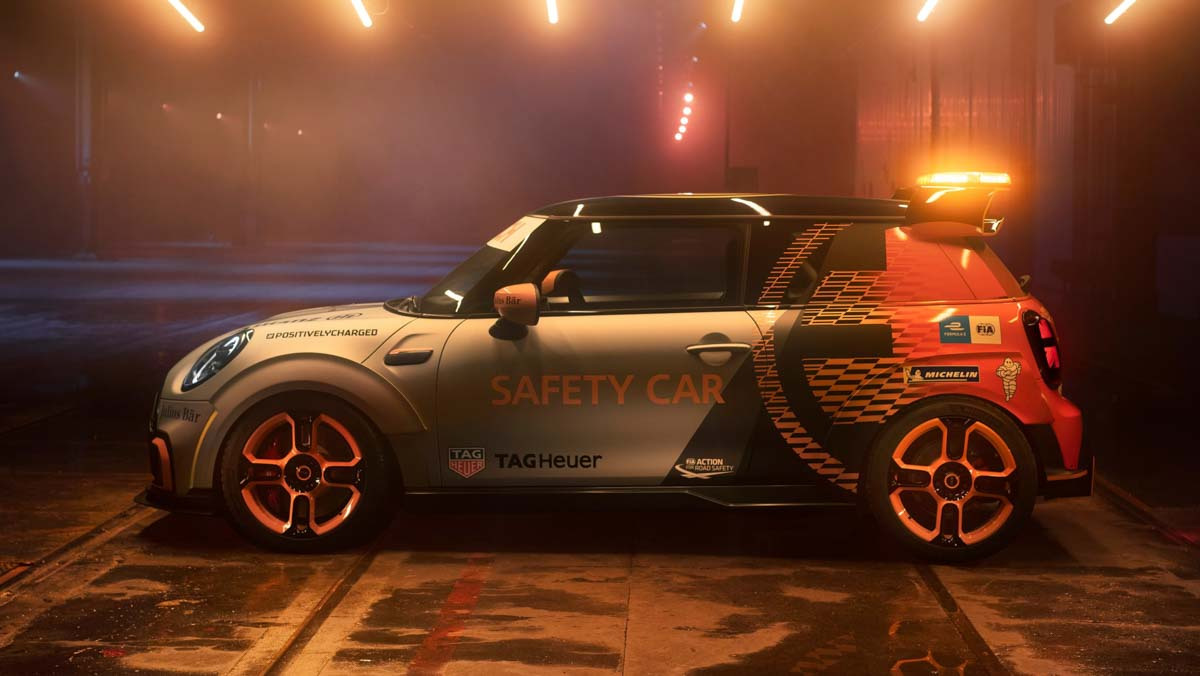 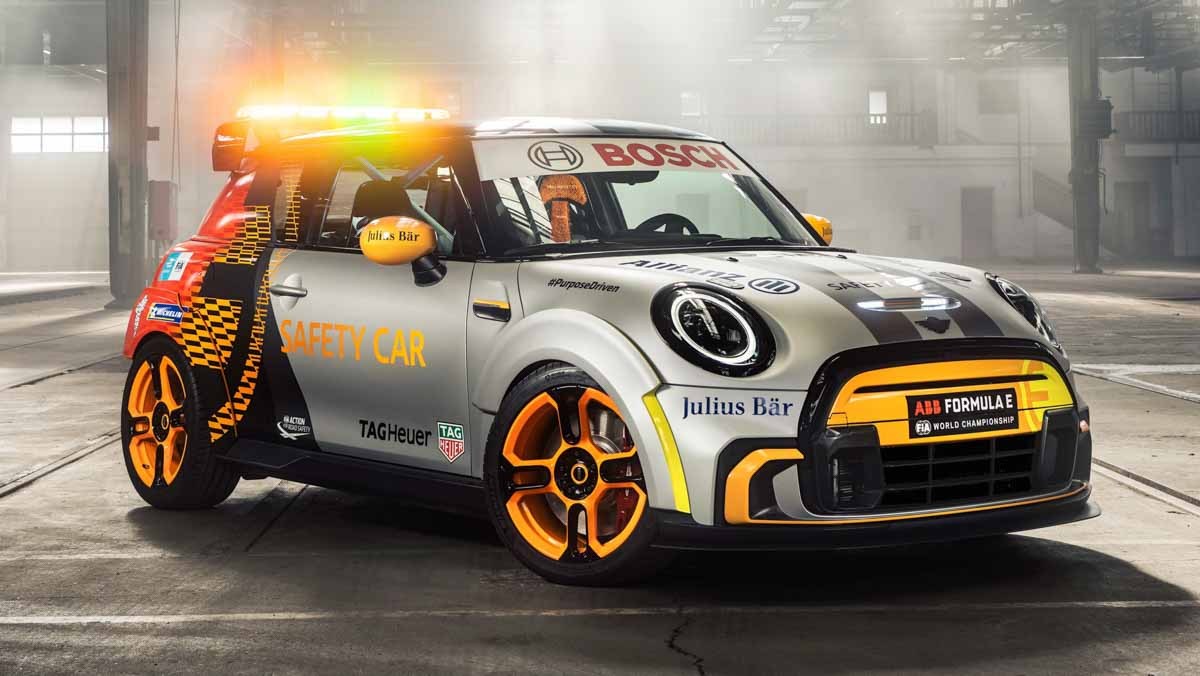 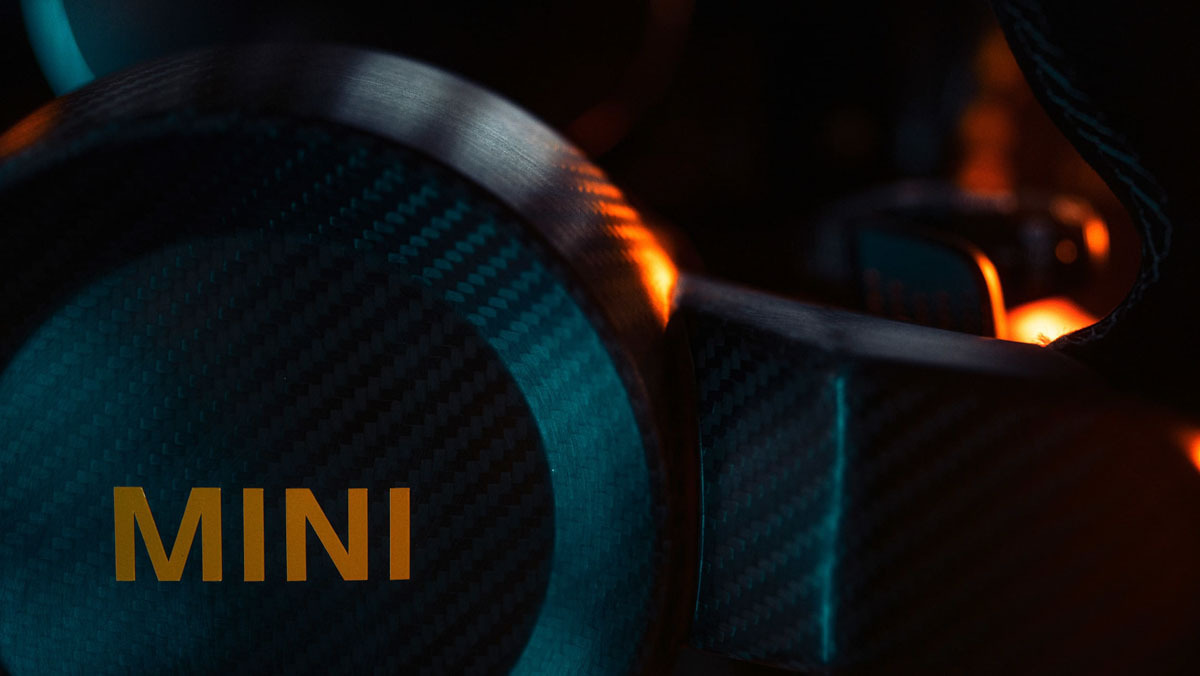 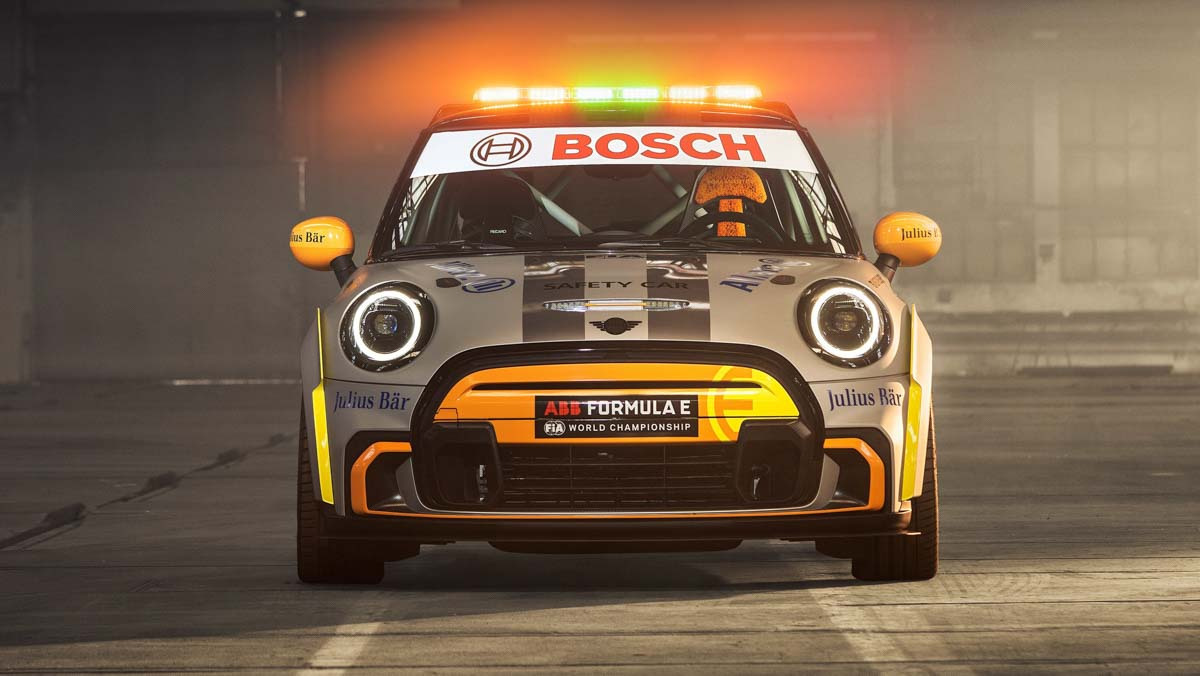 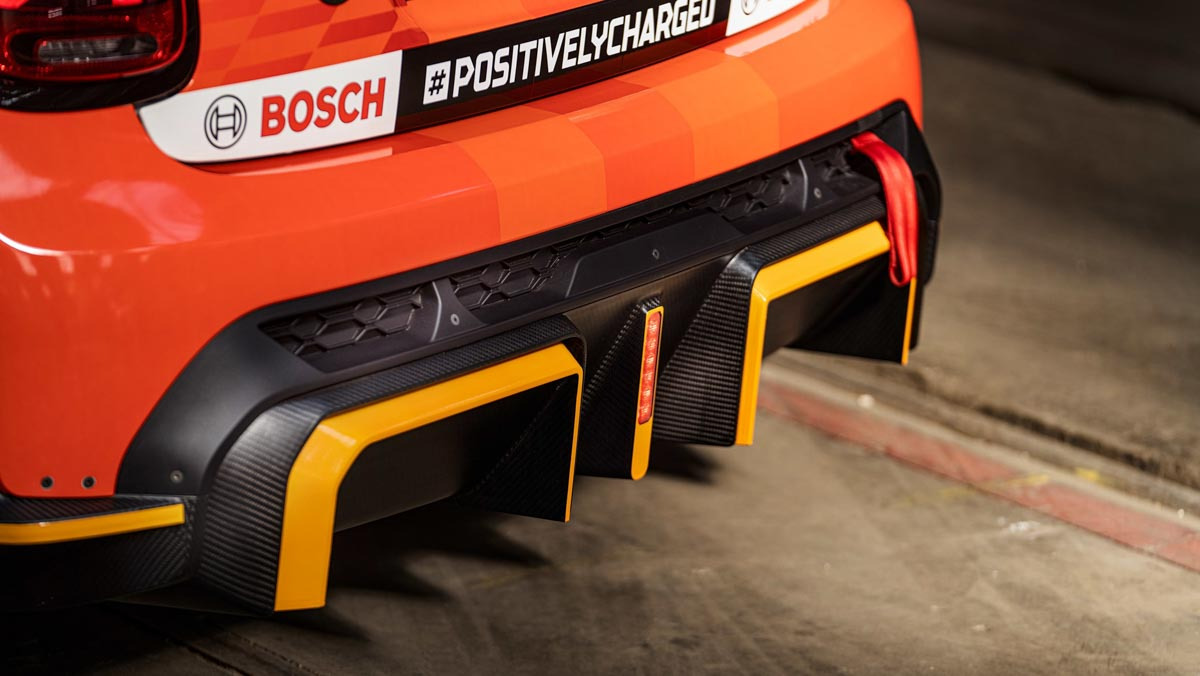 The Formula E championship will have a new all-electric safety car to hand, with the official unveiling of the Mini Electric Pacesetter. While unconfirmed for production, the safety car does preview an all-electric take on a John Cooper Works that is expected to be revealed before the end of this generation Mini’s lifecycle.

Mini claims the Pacesetter also weighs in at around 130kg less than the standard Mini Electric at 1280kg, derived mostly from stripping out even more interior trim and sound deadening. This reduction in weight also aids improved performance, reducing the 0-100kph time to 6.7sec, 0.6sec down on the production model.

The chassis carries across more of the GP’s chassis upgrades, including a 10mm track increase, four-piston front brakes and Michelin Pilot Sport 4S rubber, but swaps out the road car’s road-car dampers for a set of competition-spec three-way adjustable coilovers, setup with an even firmer ride quality than the standard GP3, if that were at all possible.

While the Pacesetter will likely remain a one-off in its exact form, a fully-electric Mini John Cooper Works is expected to arrive by the end of 2021, joining the GP3 at the top of this generation Mini. Specific powertrain figures are yet to be confirmed, but given the current Mini Electric is only just behind that of its internal combustion engined siblings, we suspect it might just well be the fastest Mini of this generation.