Though it might not rank among Formula 1’s greatest seasons – we’re looking at you 1976, 1982 and 1986 – so far the action in 2016 has been pretty good. True Nico Rosberg’s early season run suggested the title was all but wrapped up by Russia and with a further 17 rounds to go, but a rejuvenated Lewis Hamilton and a succession of poor finishes for his German teammate soon saw that 43-point lead decimated to just nine ahead of the first F1 round in Baku, Azerbaijan. Meanwhile the performance gap back to Sebastien Vettel’s Ferrari and Red Bull Racing has closed compared with last year, and while Mercedes has been beaten only once this season, you never count out a four-time champion in a prancing horse, even if he’s swearing like a mother over the radio or accursing fellow racers of ‘torpedoing’ into a corner whilst ejecting toys from scarlet prams.

And that’s not even mentioning F1’s youngest ever race winner in Max Verstappen in his first race for Red Bull Racing; allegations that he’s lost motivation annoying the ever-loving piss out of Fernando Alonso; said former champion’s barrel-roll in the McLaren MP4-31 in Australia, and the football de-cocking memes that have followed; Renault’s sub-par return to official competition; new team Haas F1’s points run; and a new qualifying format so stupid it would even look out of place in Mario Kart. Oh, and THAT trip into the gravel trap for Hamilton and Rosberg in Spain. We’ve never wanted to be in a debriefing room more…

That’s basically saying – in an admittedly roundabout way that wasted at least two minutes of your life – that, set against this backdrop, the new F1 2016 game could be pretty good. Indeed, Codemasters has just dropped a new teaser trailer for the PC, the Playstation 4 and Xbox One, and aside from a rather haunting first look of the virtual Valtteri Bottas (those dead eyes…), the visuals are beyond impressive. The game also marks the debut of the Virtual Safety Car and re-introduction of the Safety Car, and will also feature 22-player online racing.

Perhaps more interesting though is the 10 year Career mode in F1 2016, in which players can develop their driver both on and off-track – including discussions with agents, team engineers – as well as collect Research and Development credits from each race and testing session to improve the performance of the car throughout the season. Copies of F1 2016 will be on sale on 19th August. 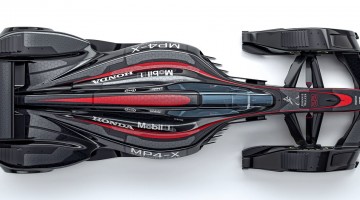