In 2016, the United Arab Emirates announced its first ever winner of the Infiniti Engineering Academy. But how does 23-year-old Shihab Solaiman feel ahead of his 12-month internship with Infiniti and the Renault F1 Team. crankandpiston.com caught up with him at the 2016 Abu Dhabi Grand Prix

You could forgive Shihab Solaiman for being just a tad nervous, and not just because ours is one of 20 media interviews he has lined up this afternoon. He recently beat nine other finalists to become the first ever Emirati winner of the Infiniti Engineering Academy, a global search for ‘the biggest and brightest young engineering talent’. He’s one of only seven winners of the worldwide initiative. Soon he’ll relocate to the UK where he’ll spend six months working with the road car division at Infiniti’s European Technical Centre before completing his 12-month program at the Renault Formula 1 team’s headquarters at Enstone ahead of, potentially, a full-time position with the race squad. The enormity of such an opportunity has not been lost on him.

“I still can’t believe I won,” Shihab explains. “This is basically a kick-starter for my career: how to work in a professional environment; how a large scale automotive manufacturer operates; working within a competitive team environment. There’s just an endless number of opportunities there. Plus, I’m working in research and development on a project that could be implemented five or six years down the line. So the prospect of that is pretty exciting.”

If such a statement makes light of Shihab’s achievement, it really shouldn’t. After all, his résumé was one of 4108 received from 44 different countries for the third successive Infiniti Engineering Academy, and one of thousands of introductory video interviews. The two-day final shootout in September included both technical and practical examinations, as well as – for the first time – adjudicated media interviews. Both his work ethic and methodology – individual and team-based – were judged by veteran engineers of the Renault–Nissan alliance. Something that’s unlikely to change over the next 12 months.

“I still can’t believe I won. This is basically a kick-starter for my career”

“It’s a marvellous program, quite unique in motorsport,” explains Bob Bell, current Renault Sport F1 chief technical designer Bob Bell and technical boss of the Engineering Academy under whose wing Shihab will sit. “For the team, we are all about the future, all about growth, and development, and continually challenging ourselves to be better, and there’s no better way to do that than introducing new, young blood. So it’s a very motivating program for us at Enstone. It breathes a breath of fresh air into the team.

“For six months, we put [Shihab and his fellow winners] through a similar program of work and contribution: they work across several engineering departments, depending on their own speciality and follow a structure followed by our full-time team members. It doesn’t come with a guaranteed job at the end of it unfortunately – we will recruit as many as we can – but it comes with a guarantee of experience, network and reputation, so the educational experience and exposure to the environment means these guys will attract employment fairly readily.”

‘Contribution’ from the Infiniti Engineering Academy will arguably be more crucial than ever before in 2017. New technical regulations in Formula 1 next year have been designed to make already millisecond-dependent competition even closer, with front wing, tyre and bargeboard sizes all being systematically tweaked to improve lap times by up to five seconds. Lessons learnt on the seven-post chassis testing rig – a key element of the sic-month Renault Sport program – will prove invaluable, as will hybrid technology transfer from the road car division as Infiniti continues growth on its green car initiatives.

That in itself raises a few questions: F1 being the political and technical shark tank it is, how does the arrival of an Academy member REALLY affect day-to-day, season-to-season development, particularly since, experience or otherwise, there is no full-time position available at the end of it?

“Yes, a lot of [the program] relies on trust, and there are some contractual clauses in place. But at the end of the day, these are highly motivated and intelligent young people who we trust with our information, and trust they will use it carefully. Of course the other great advantage of F1 is that it moves so quickly, that if they a do a stint with us and then find employment with a competitor, F1 has moved on, and their information is completely redundant! So F1 is self-protecting in that sense.”

Bob and his technical team can rest easily in the near future though – figuratively at least – since Emirati winner Shihab is in this for the long run, and for the experience it generates.

“At the moment I’m keeping my mind open, but motorsport is something that really interests me. The whole racing side I’ve always loved. So I’m here to keep my mind open, and learn as much as I can from Infiniti and Renault Sport. I just have to concentrate and do my very best to prove I am a worthy winner, and make the most of this fantastic opportunity.” 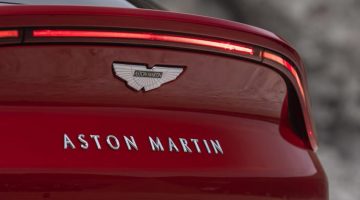