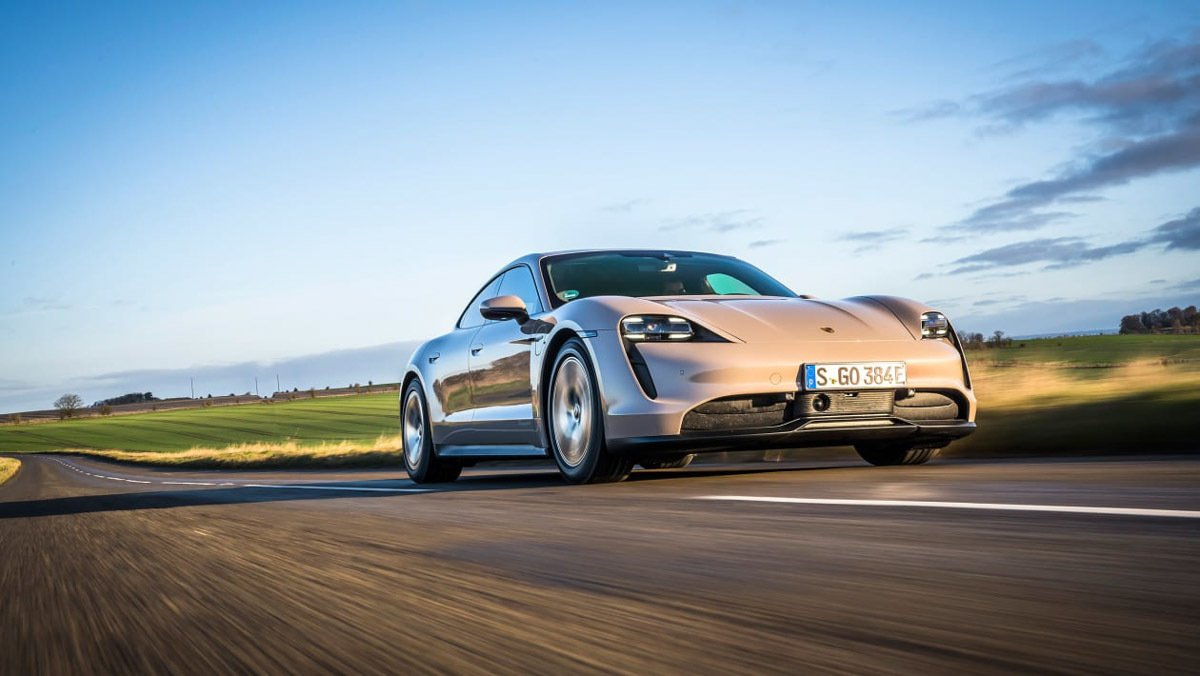 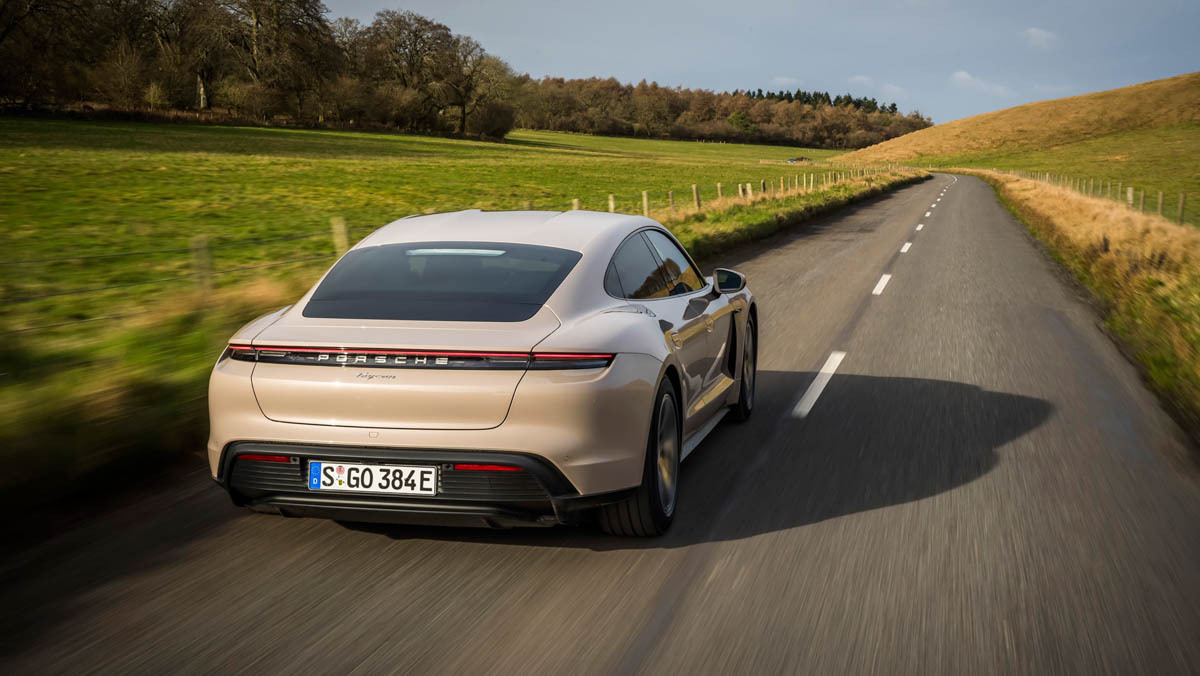 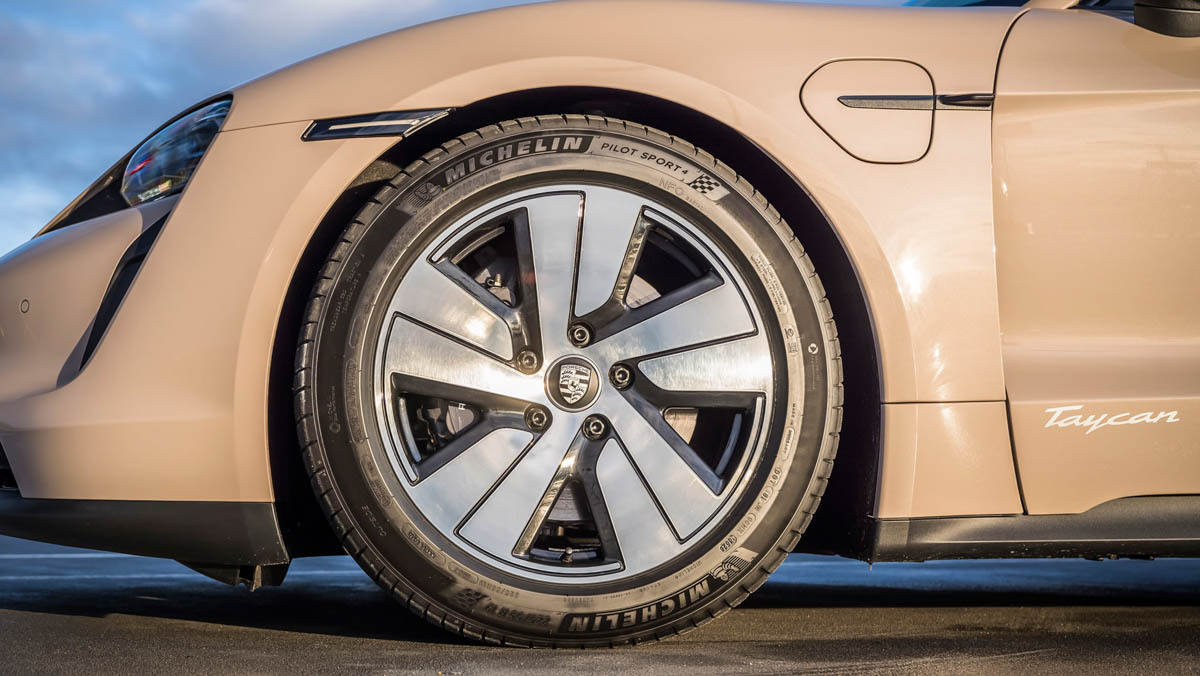 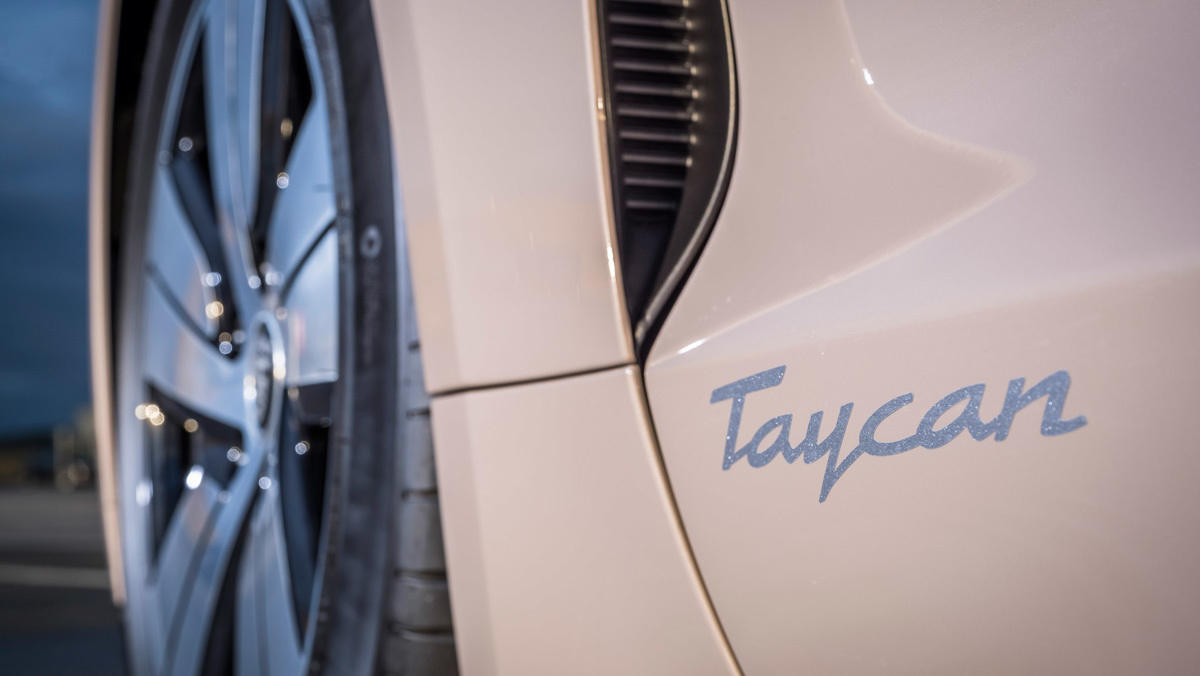 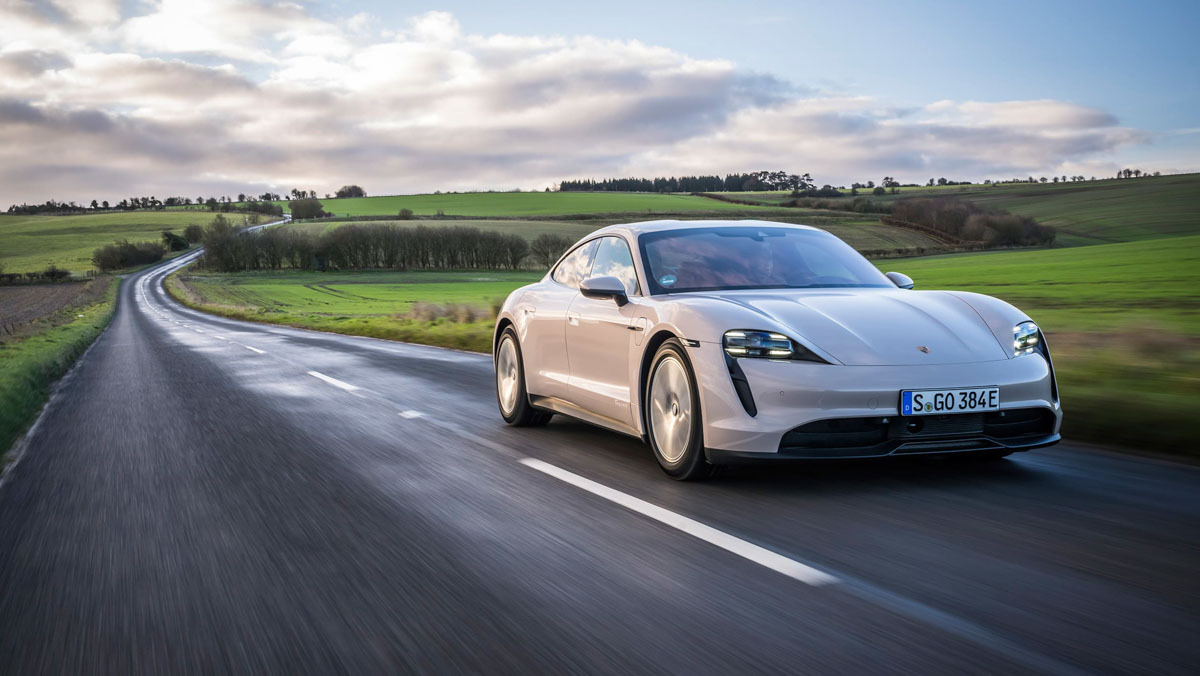 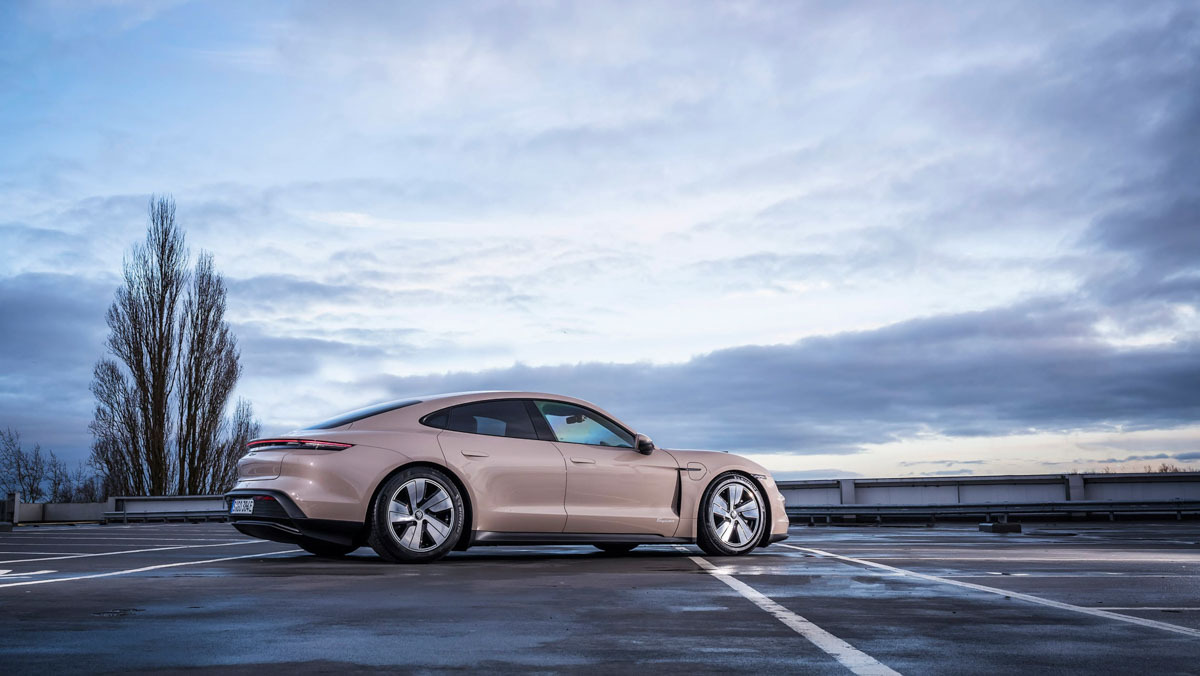 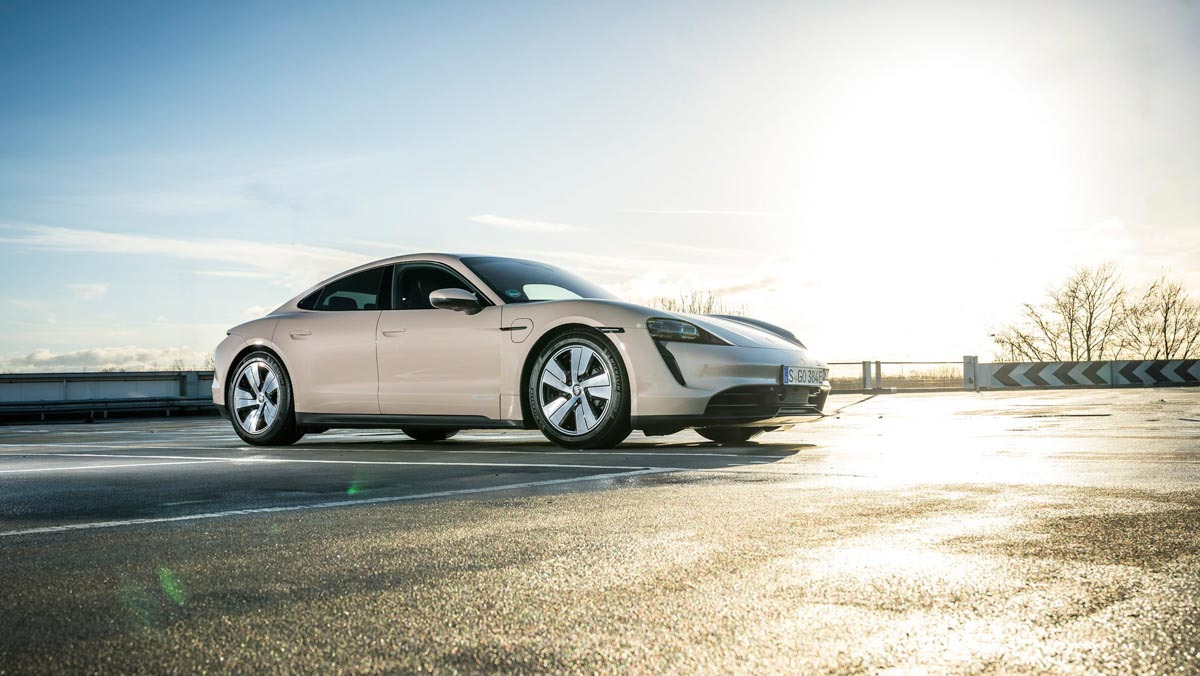 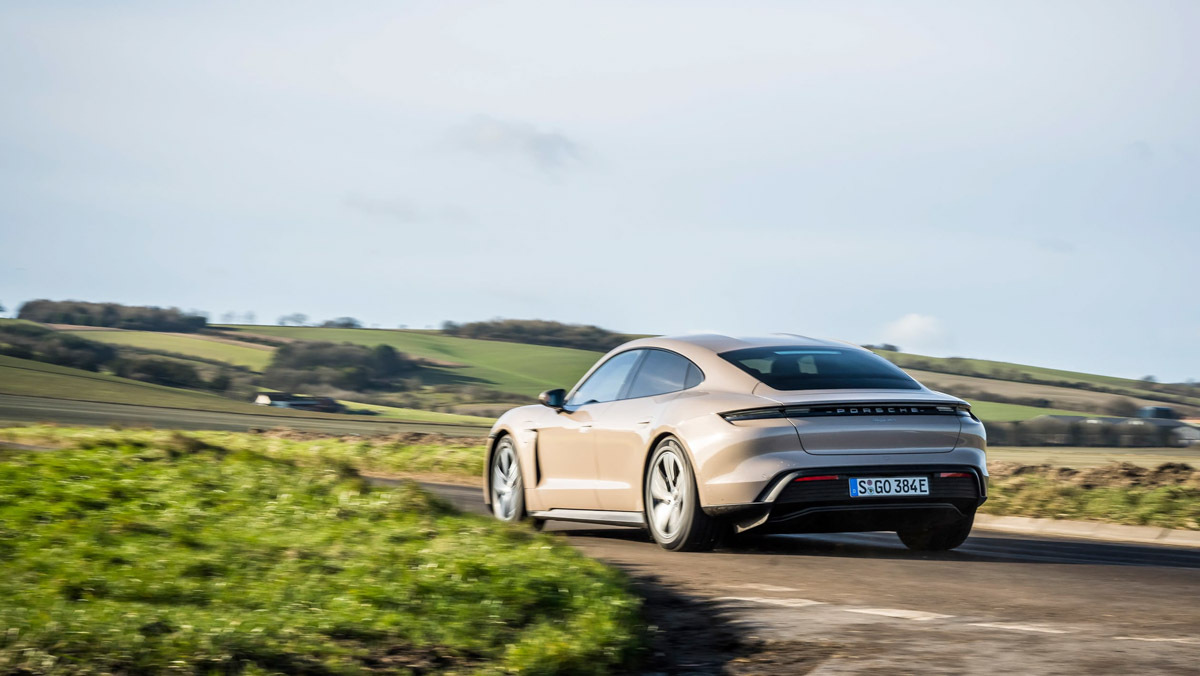 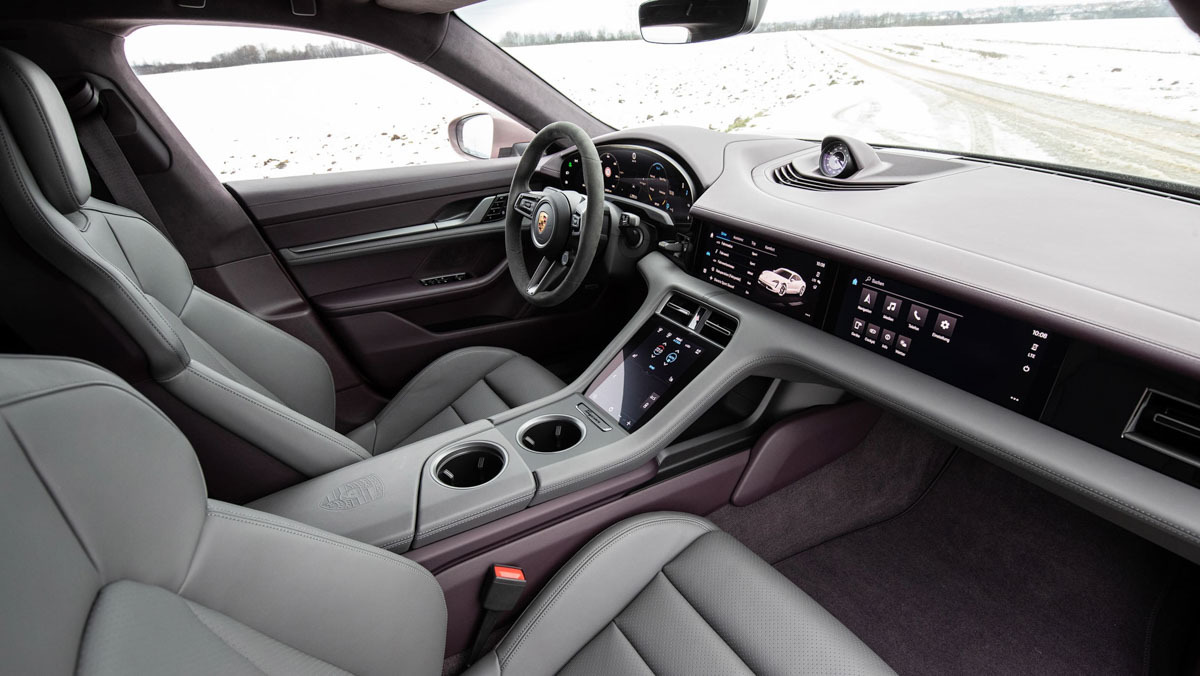 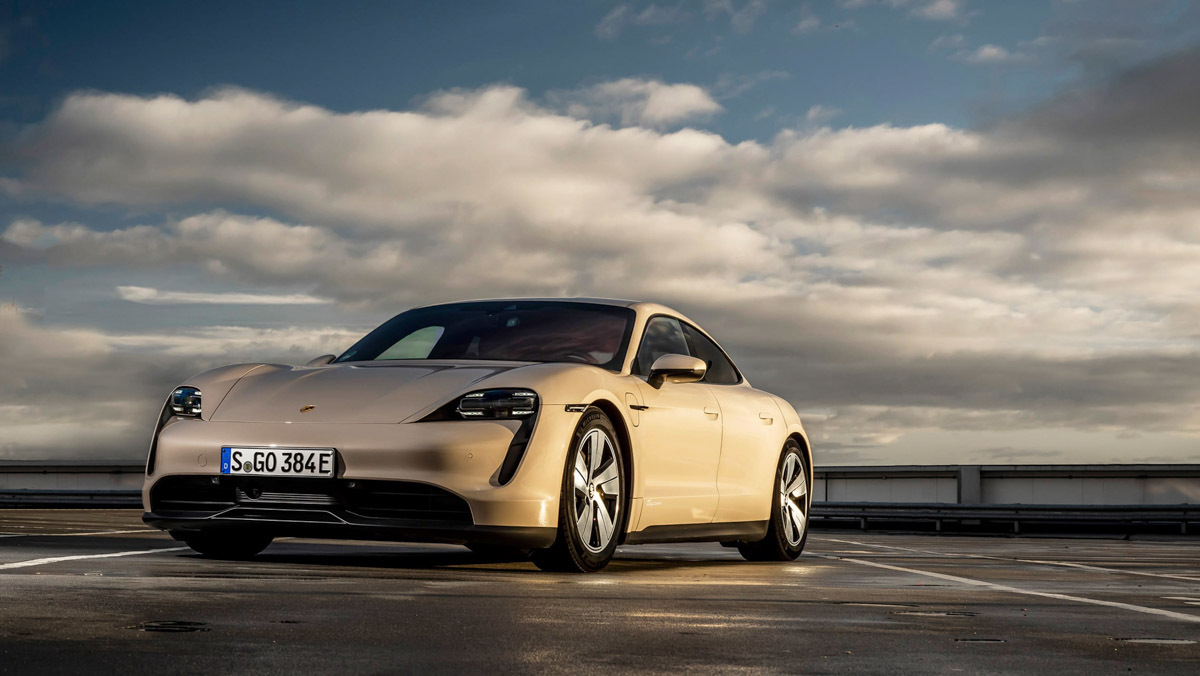 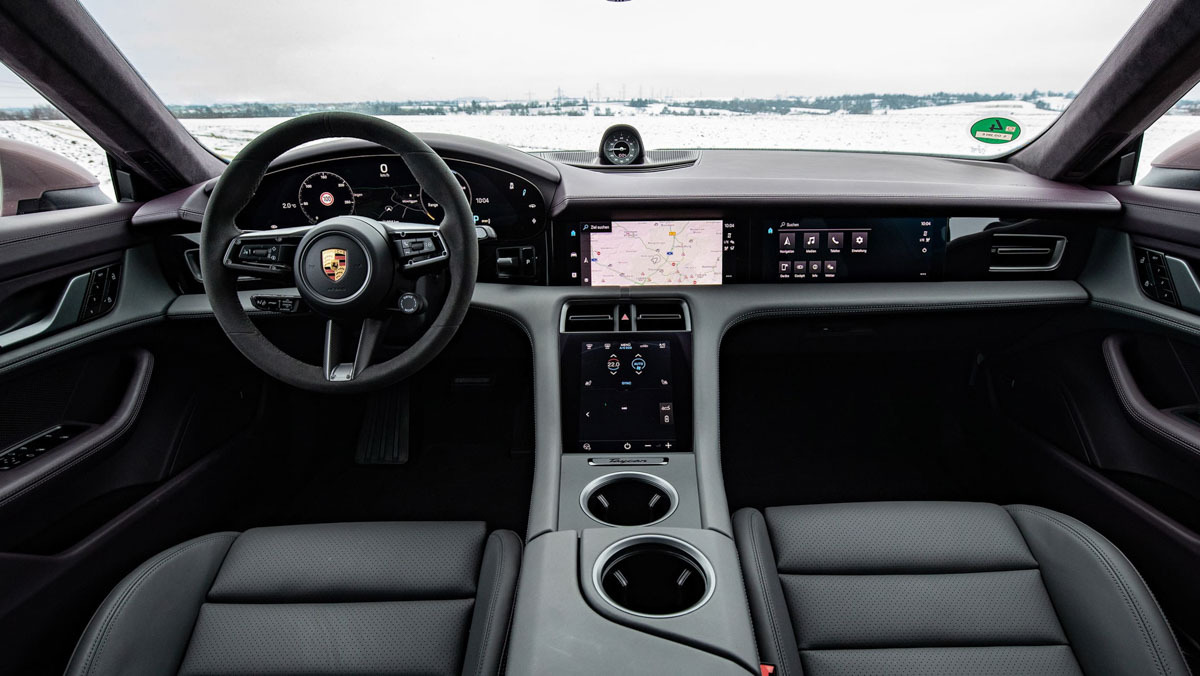 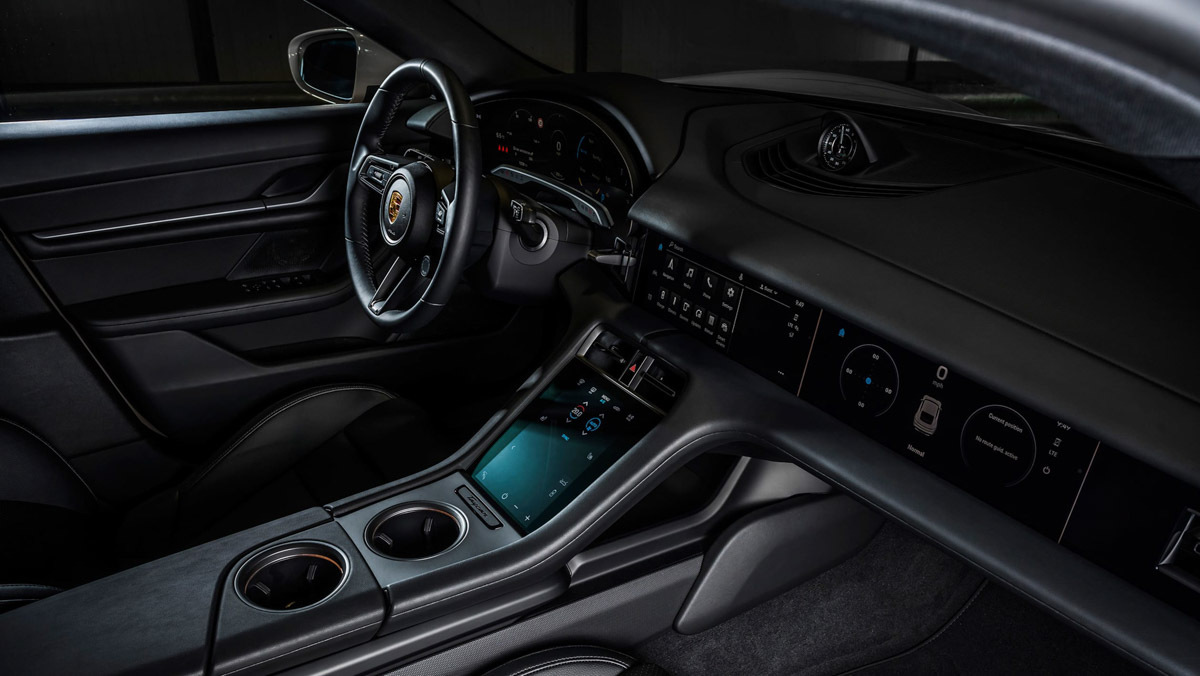 It’s hard not to be excited about the new entry-level Porsche Taycan. Available from $98,270 it’s barely half the price of the Turbo S and yet promises, if anything, a purer, more entertaining driving experience thanks to a reduction in weight and the loss of two driven wheels. The figures Porsche would like you to focus on are that attention-grabbing price and a maximum power output of up to 469bhp.

The less palatable numbers are 2205kg and 322bhp… That’s the real power figure available in normal driving even in Sport Plus mode. However, select Launch Control (where the Taycan can record 0-100kph in 5.4-seconds) and the Taycan delivers 402bhp for short bursts.

If you choose the Performance Battery Plus – which costs $6120 and replaces the standard car’s single deck 79.2kWh battery with a two-deck 93.4kWh battery – power increases to 375bhp, and selecting Launch Control liberates the full 469bhp. The range jumps too, from 430 to 485 kilometers.

The Taycan retains the 4S model’s two-speed transmission and rear-mounted motor and by losing the front motor there’s a weight saving of around 100kg. Obviously the potential of the Taycan can be spun a number of ways… the most intriguing of which is a rear-motored, rear-wheel drive sports saloon with nearly 500bhp, that produces maximum torque instantly and has the option of a limited slip differential. I know what you’re thinking. It just needs a hydraulic handbrake and the steering lock.

The reality is, of course, rather different. Despite the switch to rear-drive the Taycan remains pretty true to the character we’ve already experienced in 4S, Turbo and Turbo S models: Supreme competence, shocking agility for such a heavy car and a polish to all the controls and the damping that is signature Porsche.

However, let’s delve into the spec a little as our test car was not a $98,270 example. The most significant option was the bigger battery, but our beige beauty also had Adaptive Air Suspension including PASM dampers at $2119 (the car gets adjustable dampers as standard but with coil springs) and rear-axle steering with variable assistance Power Steering Plus ($2290). Sadly, it didn’t come with the optional Torque Vectoring Differential ($1460). Not quite the ultimate spec then, but not too far away from it.

Porsche’s intention with the Taycan wasn’t to create a more sporting, purist version of its four-door EV, but rather to just create a fully realised rear-drive version that didn’t feel in any way compromised. Suspension is retuned but only to account for the weight differences and to ensure that traction remains a strong point even without the driven front wheels.

So, no. It isn’t some giant EV drift Porsche that’s determined to silently assassinate tyres. In fact, first impressions are of a car so within itself that you’d barely realise it’s not a four-wheel drive model. Part of that is to do with the fact that it’s not actually that fast. It feels strange to say that of an EV, as face-squishing acceleration has become such a huge part of their personality, but the Taycan can’t magically make 385bhp pushing around over two tons feel crazy quick. Such is the refinement of the package, the impeccable body control and the pure mechanical grip that the Taycan simply makes swift, effortless progress without ever feeling very exciting.

There’s plenty to enjoy, of course. And to marvel at. The way this big saloon snicks into corners; the flat, stable platform that seems impervious to body roll in Sport and Sport Plus modes and the undramatic but persistent performance means you can fly across the ground without seeming to expend any effort at all. Only the strong smell of brakes wafting into the high-quality interior betrays the battle of physics going on at ground level. They work well enough but the pedal feel is inconsistent when you really start flinging the Taycan around.

The real disappointment is that, honestly, you’re not really minded to do so. Once you’ve felt the Taycan’s character play out, experienced its quiet, unruffled agility and rued that it does, indeed, get a bit scrappy at the limit without a limited-slip differential (make sure that’s a box you tick), there’s no great calling to go back and do it all over again. It’s a really lovely EV to zip around in and would be a fine thing in which to cover large distances if you trusted the charging infrastructure. But it’s not much more than that. It’s not thrilling. It’s impressive but not exciting or especially engaging. Take away the simply astonishing performance of a Turbo S or Turbo and you’re left with a car that feels meticulously honed but buffed almost free of character, too.

The new Tesla Model S Long Range that will soon go on sale at $116,580, features a dual-motor four-wheel drive platform, has a range of up to 663-kilometers and produces 670bhp. In simple terms the Porsche is dead in the water. Of course, it’s not quite that simple and there’s a great deal more to the Tesla vs The World debate than raw numbers. However, there’s no question that the Porsche looks expensive and massively outgunned. It’s a finely executed device but also suffers in comparison to the Tesla in terms of charging infrastructure, too.

If you’re prepared to look at those old-fashioned petrol-powered things, the Taycan finds itself in a more comfortable niche, some way below the likes of M5 or E63 in price but looking so much more desirable. People love the Taycan and it turns heads like no other four-door this side of a Flying Spur… that factor, plus the appeal as a toe in the water of the brave new world of EV but in a trusted, safe brand like Porsche, makes the Taycan a sure-fire success.

Demand for Porsche’s EV has been huge in the region and the rear-drive entry-level model will only continue that success. We like it. In a cold, pragmatic sort of way. Just don’t expect a Taycan to give you the dream of everyday practicality, sportscar thrills and hassle free electric motoring. Still want that 911? You are right.