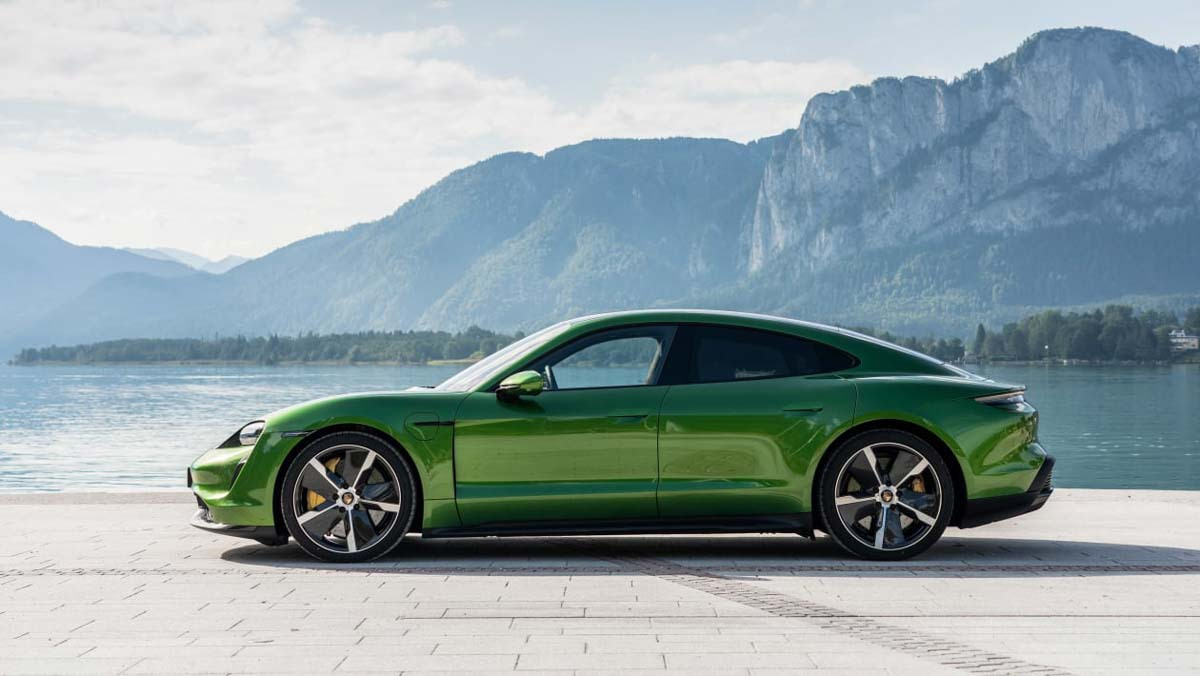 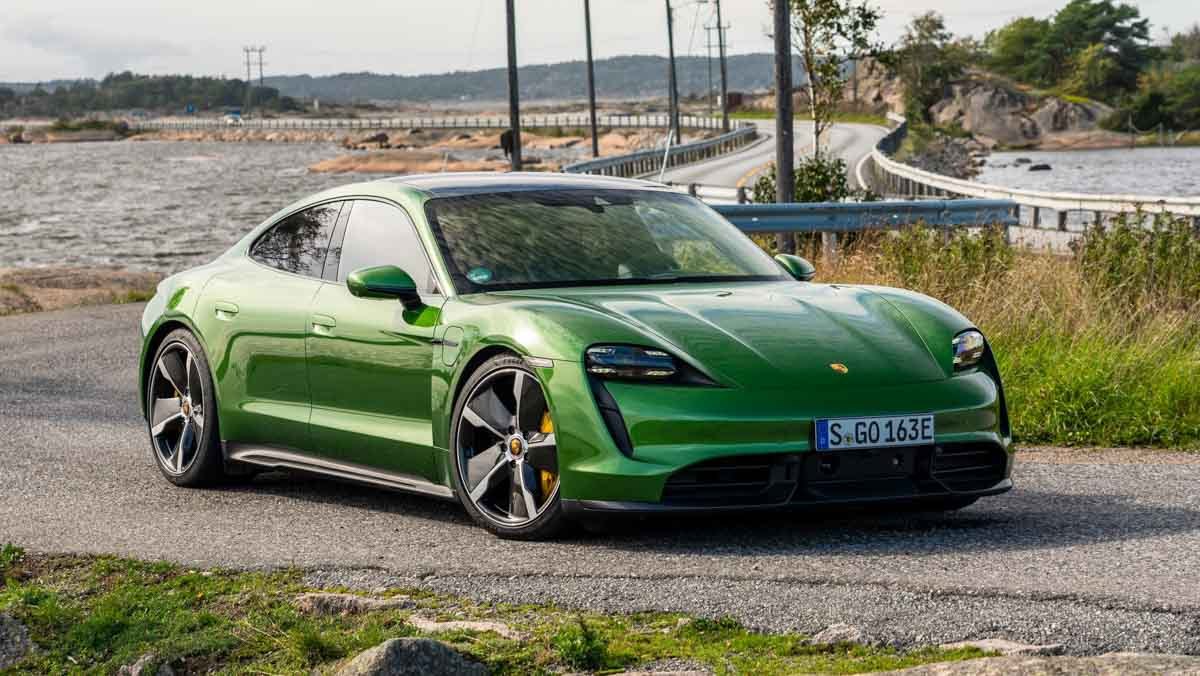 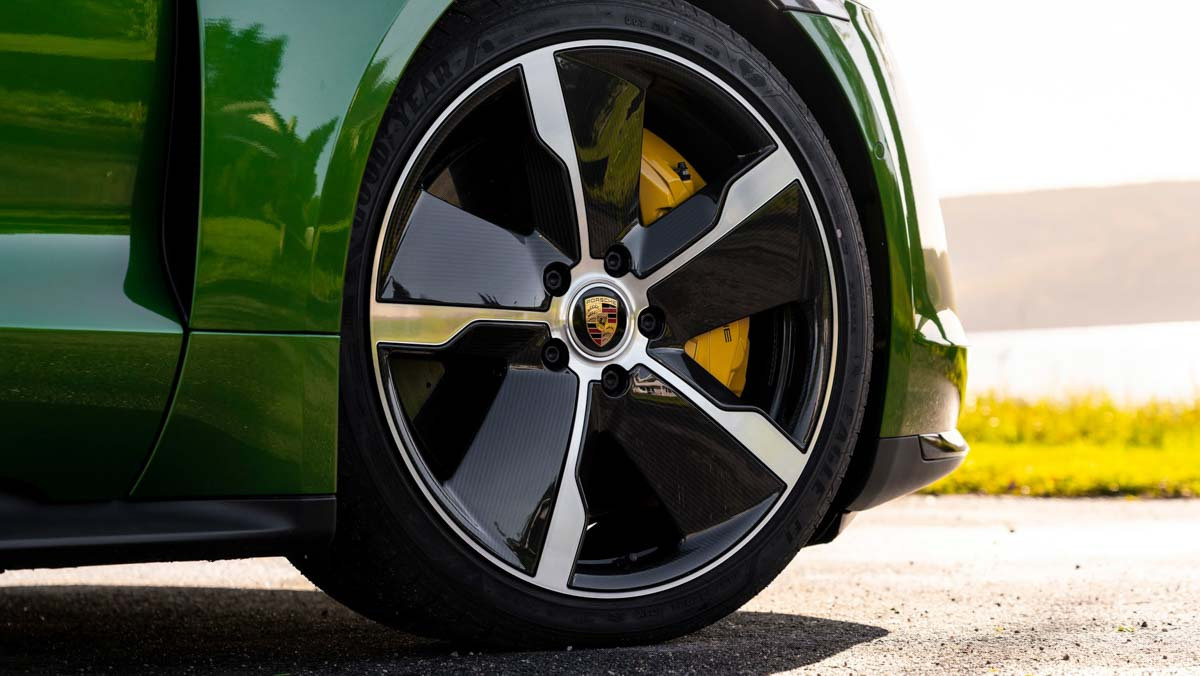 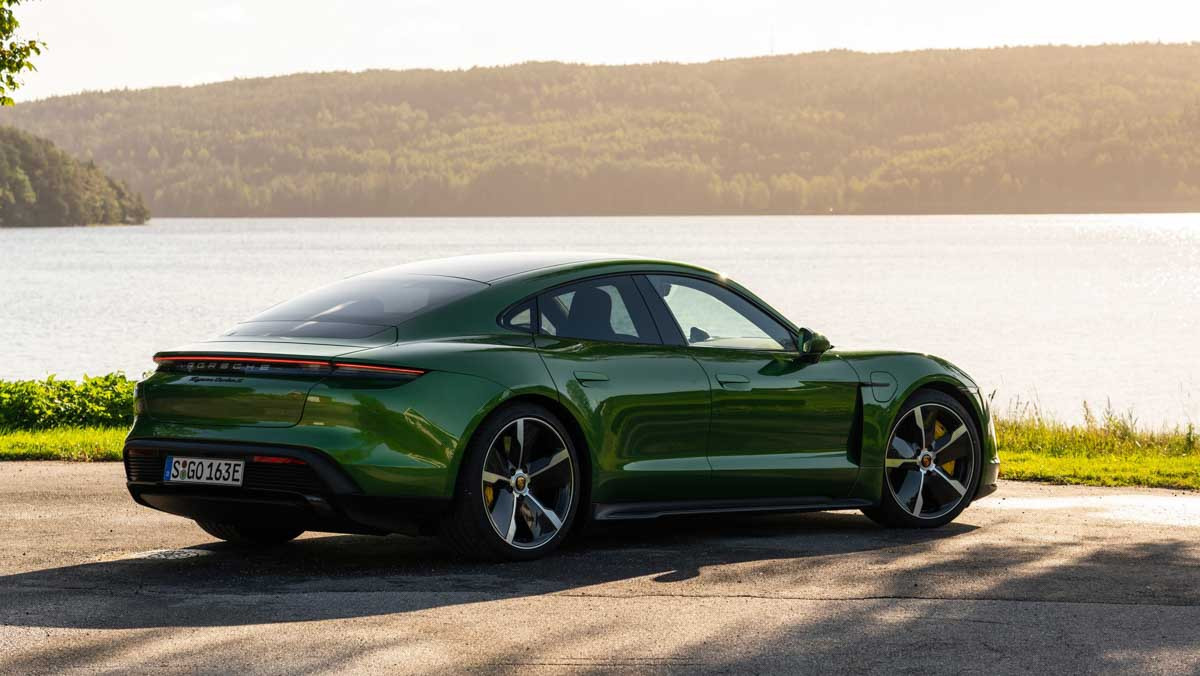 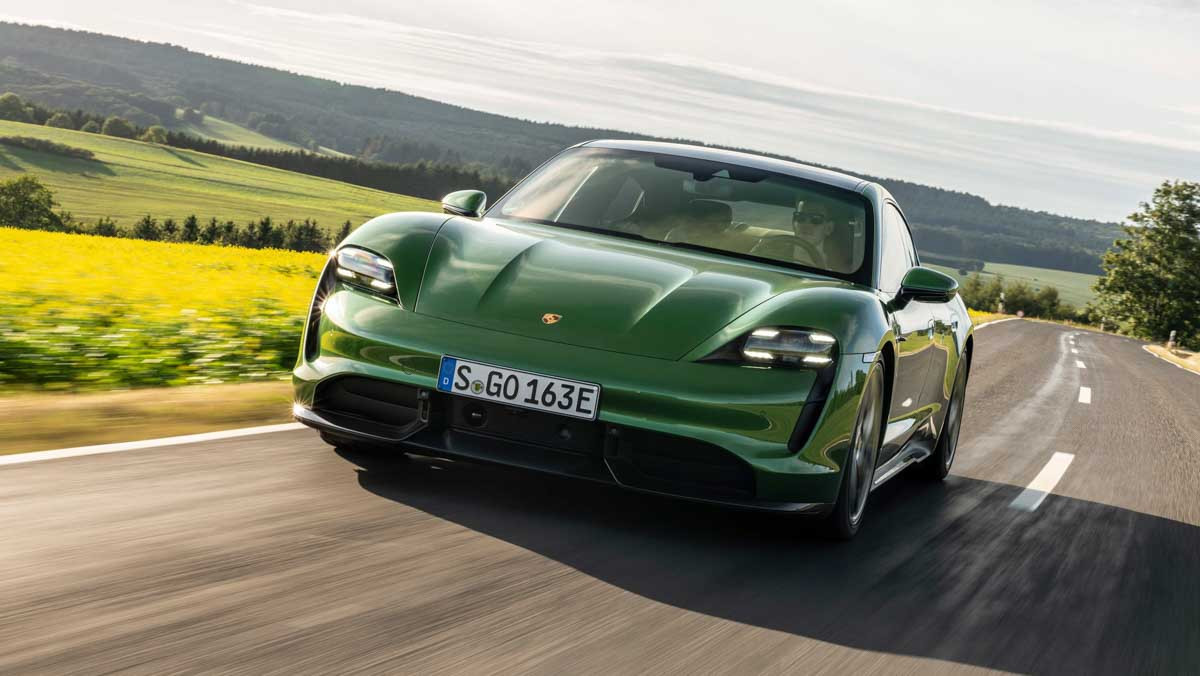 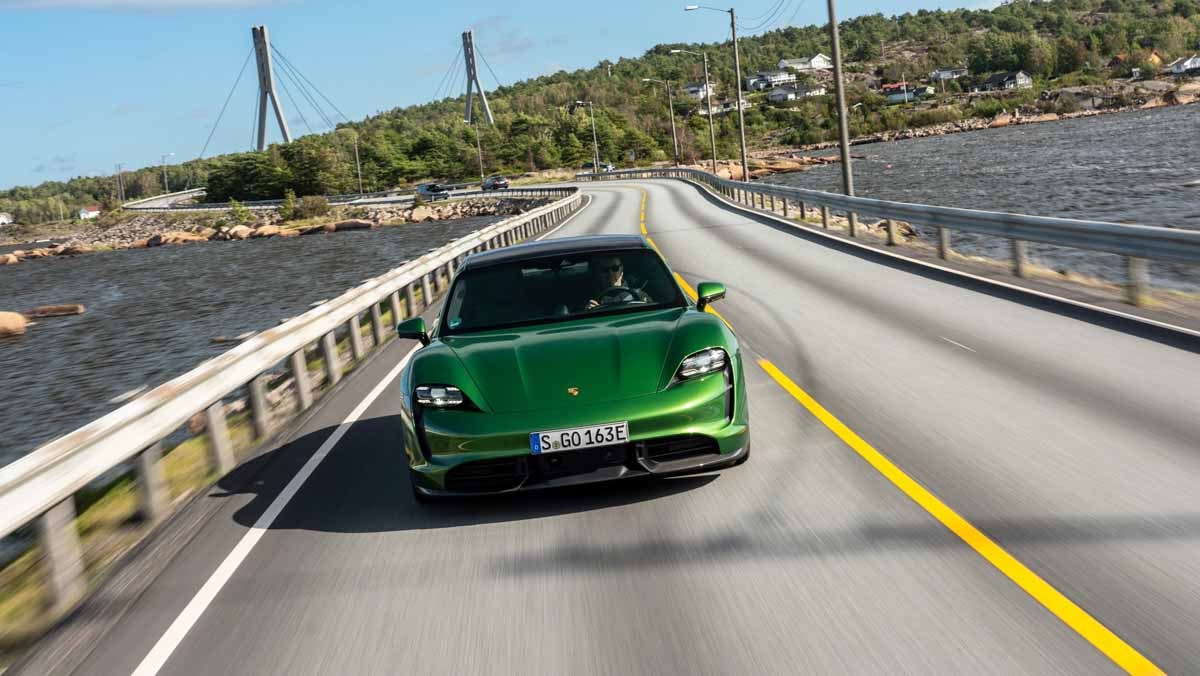 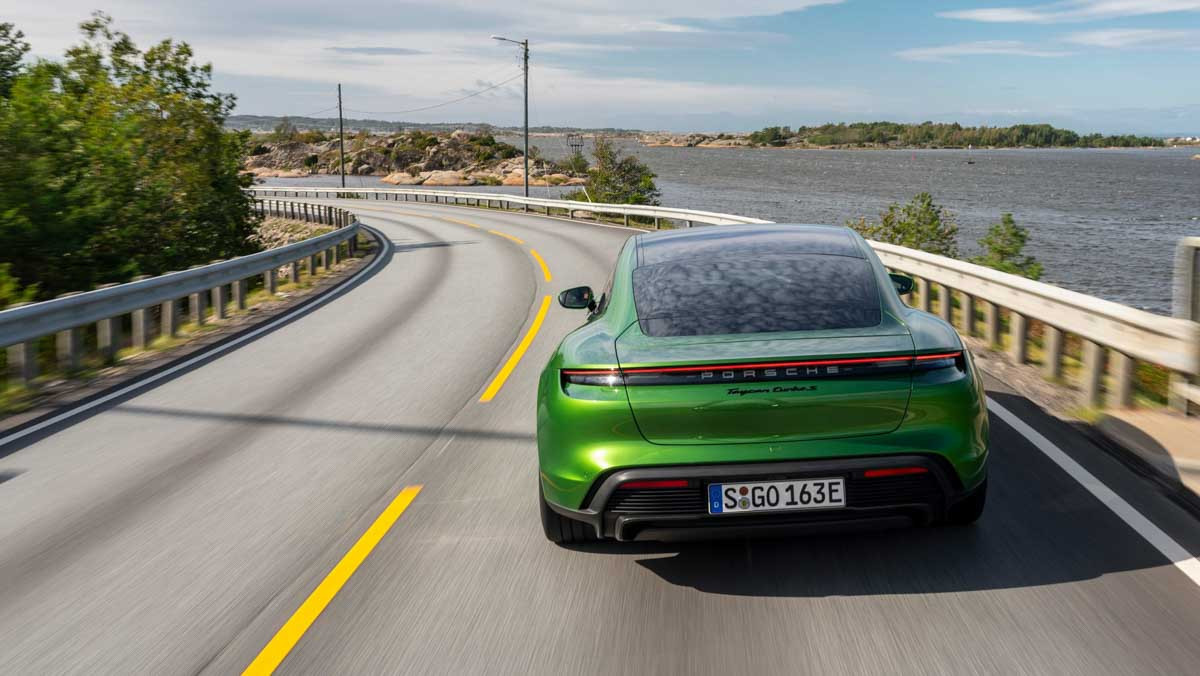 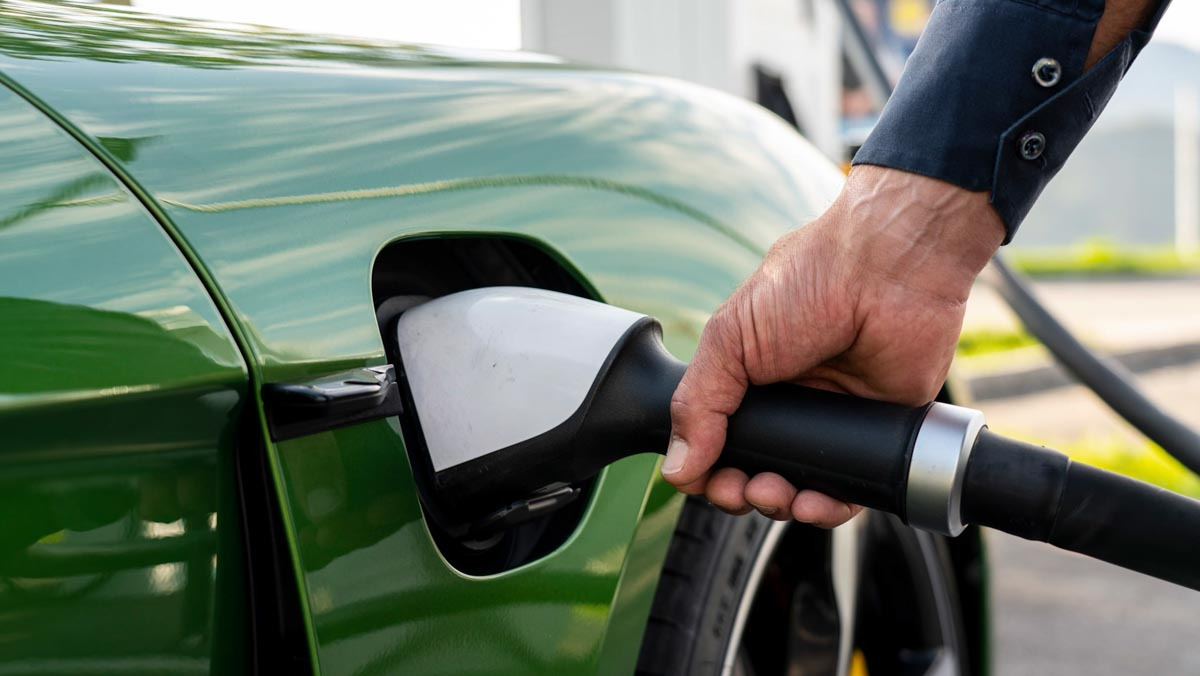 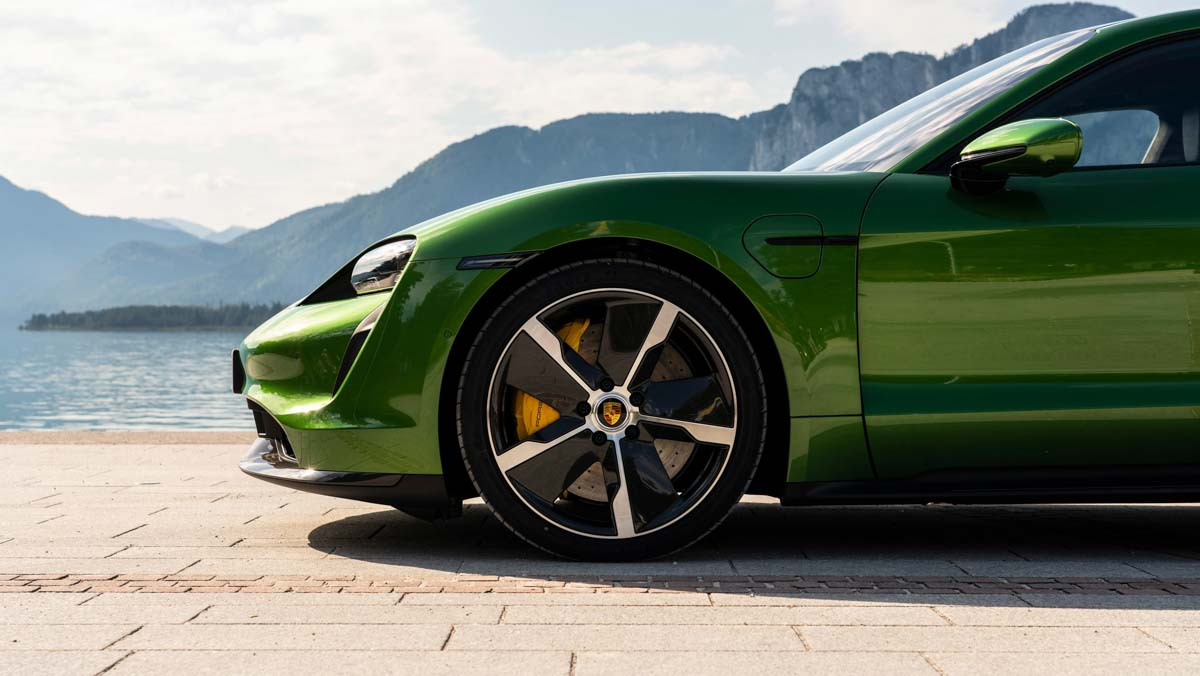 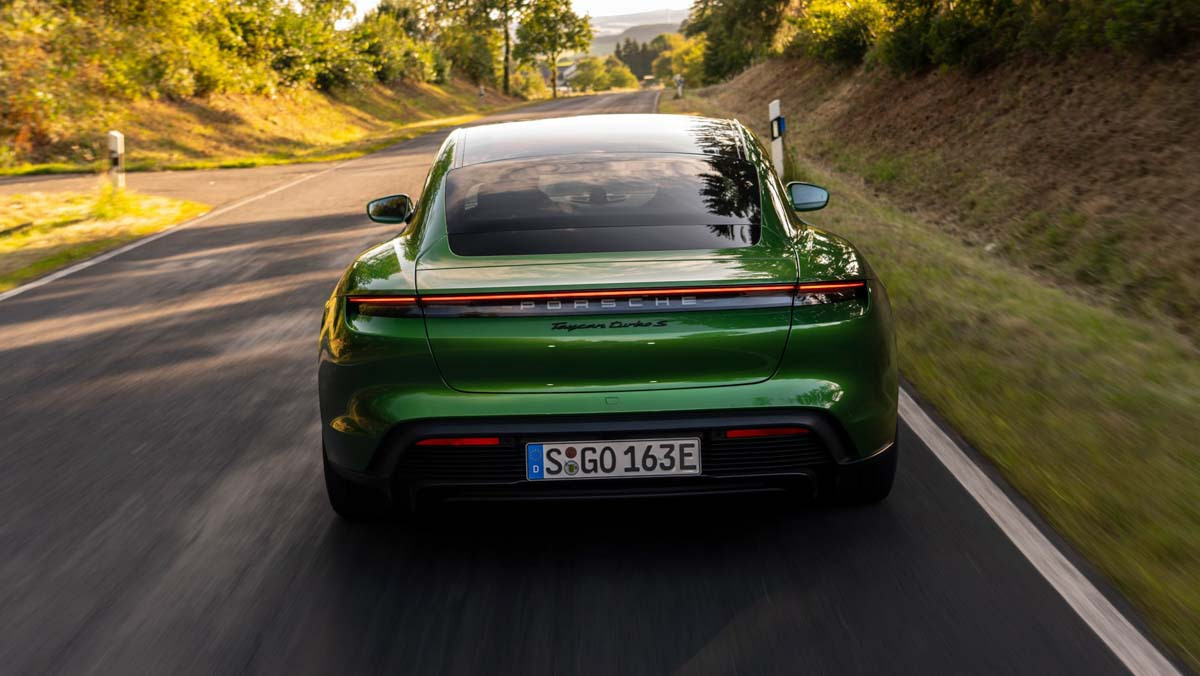 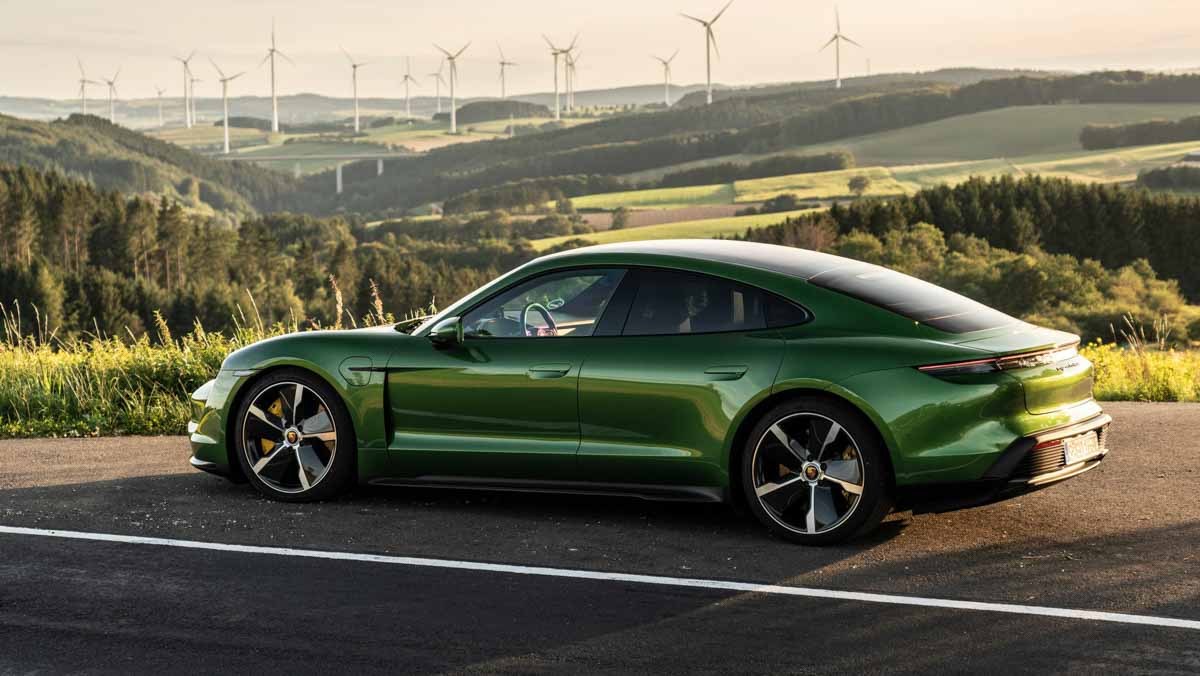 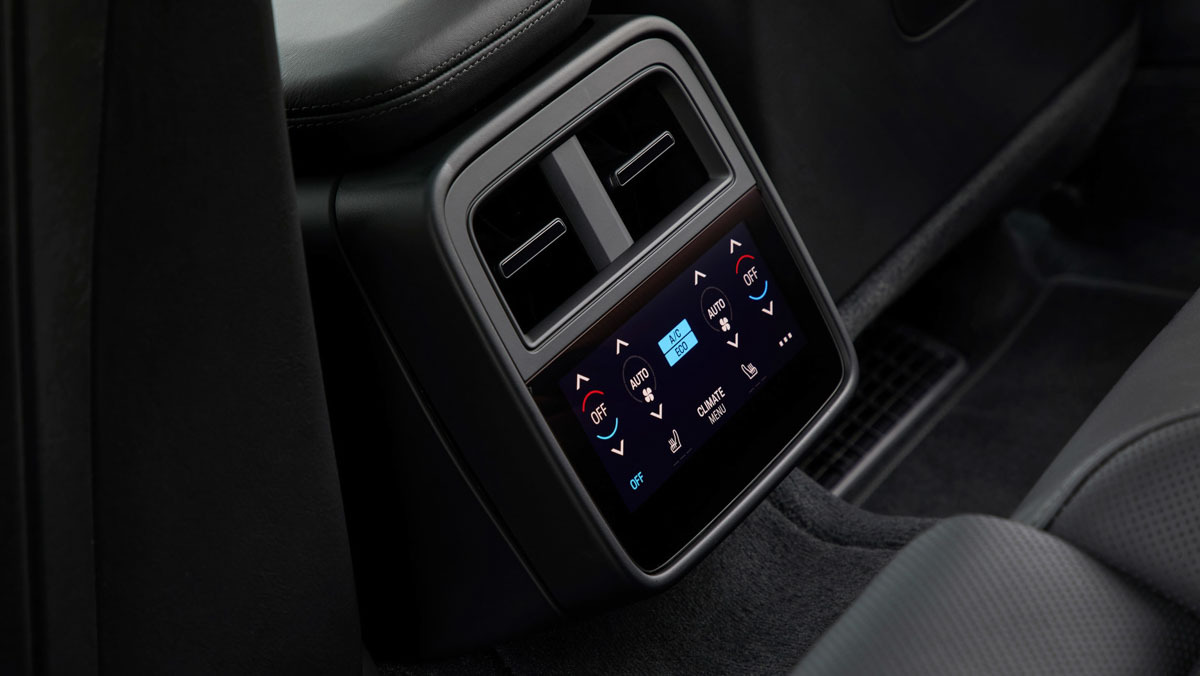 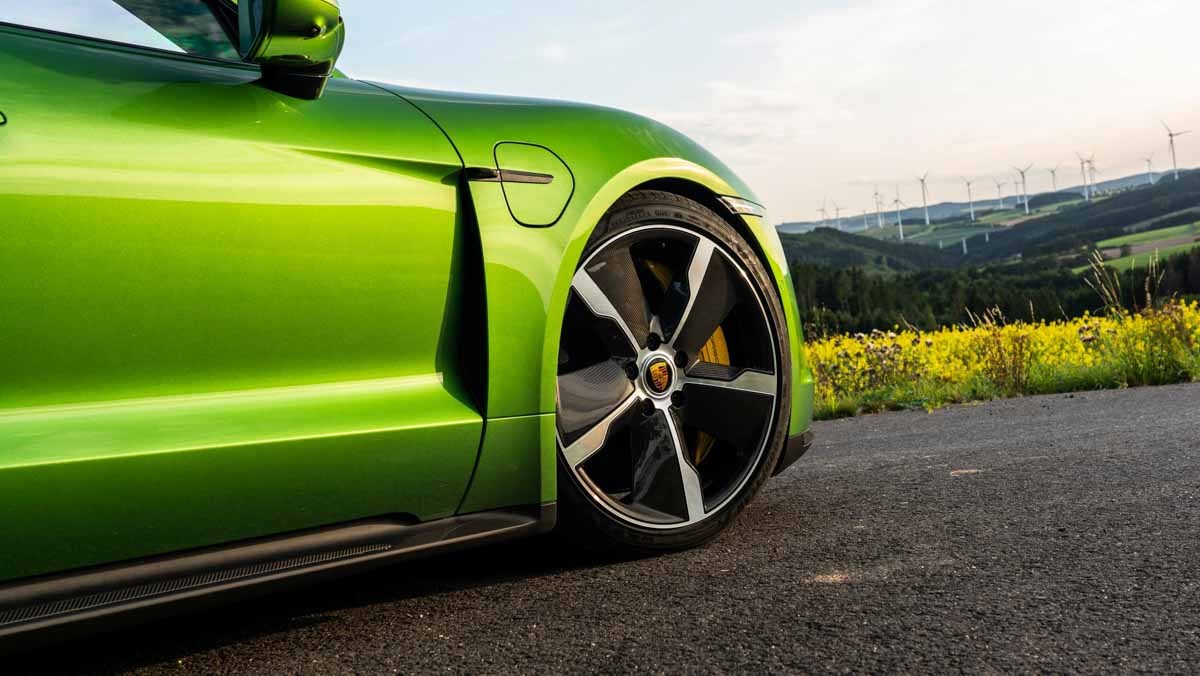 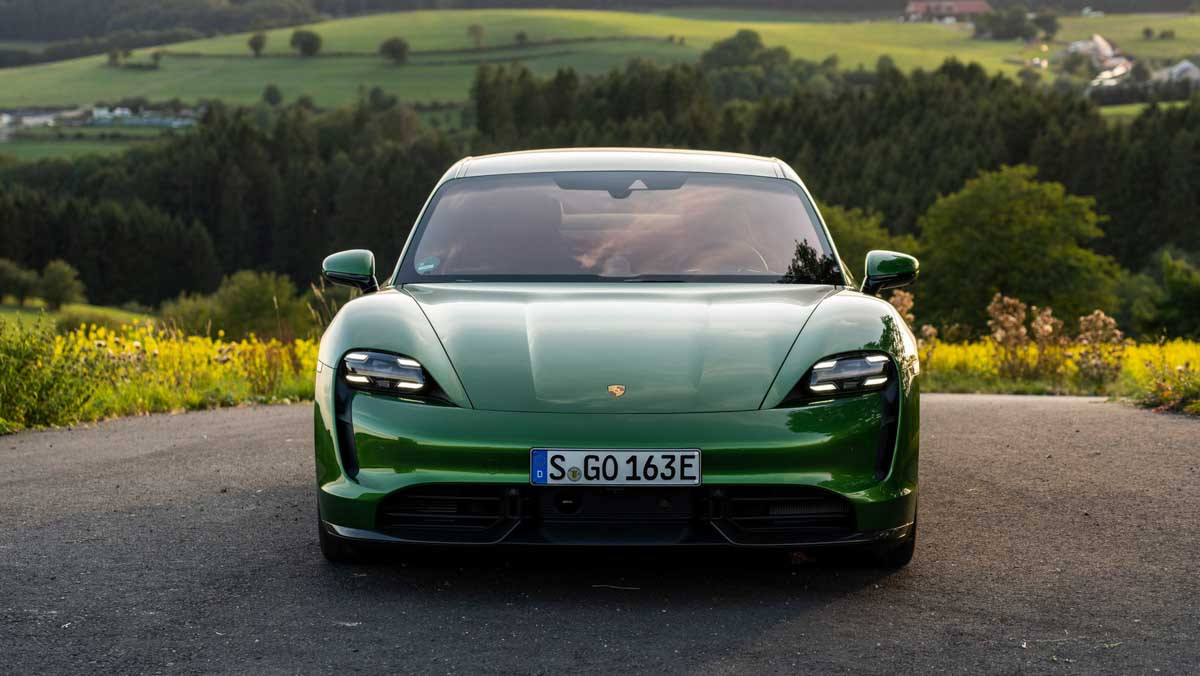 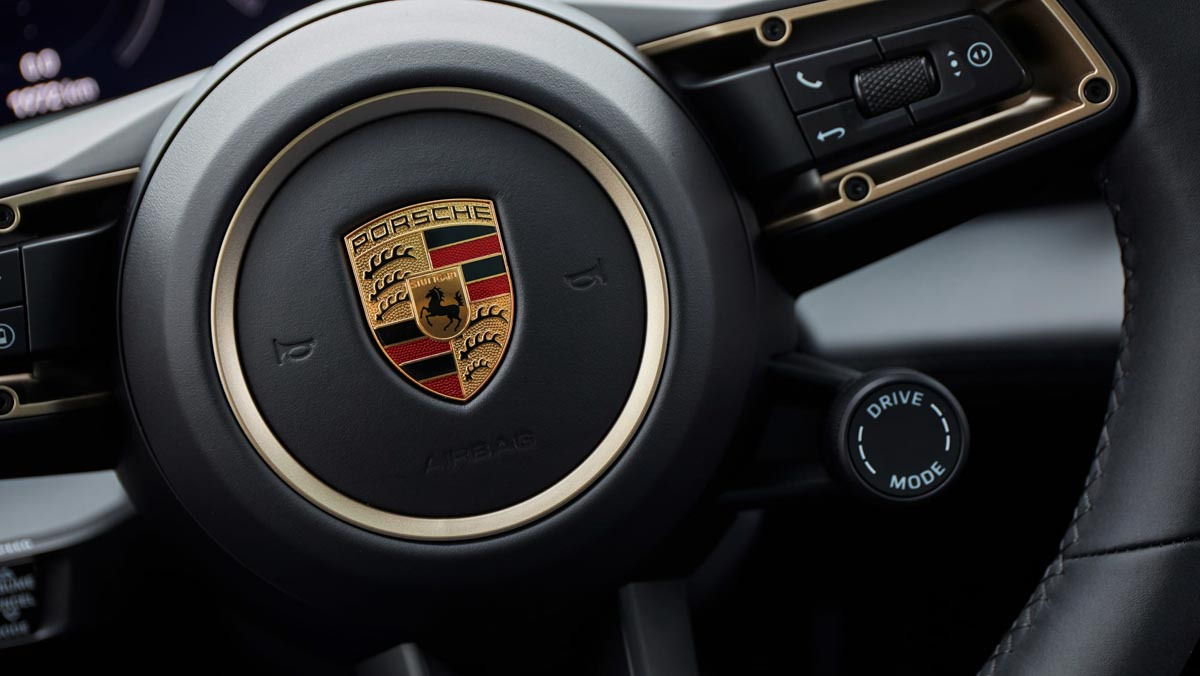 This is it then, Porsche’s first all-electric car and the first all-electric performance car from an established manufacturer that can go bumper-to-bumper with Tesla’s Model S. The Taycan not only spearheads Porsche’s electric vehicle strategy – the Taycan Cross Turismo will follow in 2020, before which the next Macan will go fully electric – but will also provide the platform for Audi Sport’s electric vehicle livelihood when the e-Tron GT debuts later this year.

The result of an investment strategy that will see Porsche spend €6 billion on electric vehicles by 2022, the Taycan is built in a bespoke production facility that wraps itself around the 911 and Boxster/Cayman production line in the heart of Zuffenhausen. Its powertrain may be like no other we have seen in a Porsche but the company has gone to great lengths to ensure it looks, feels, is built and drives like a Porsche. A 500km road trip through Sweden in the Taycan Turbo S provided us the opportunity to determine how many of those goals Porsche has achieved.

Porsche calls it a Performance Battery Plus with 93.4kWh, which doesn’t quite have the same ring to it as a Mezger flat-six. But this powerpack is connected to an electric motors on the front and rear axles, the former driven by a single speed transmission, the latter by an innovative two-speed unit. Combined, these motors allow the Taycan to produce a set of numbers that take some consideration to get your head around.

The Turbo S driven here produces 616bhp and 761lb ft of torque, themselves numbers not to be sniffed at. But it’s when you engage launch control that the power figure enters hyperdrive, with 750bhp available. And it’s not only available once after some time sapping battery preconditioning. Simply wait for the batteries to reach operating temperature of around 50C (achieved after around 15-20 mins of regular driving), put your left foot on the brake, right foot on the throttle wait for launch control to engage and go for it. Up to ten consecutive times.

Where to start. The Taycan has the best drag coefficient figure of any Porsche road car at 0.22 and is the first production vehicle to have an 800 volt electrical system, where others make do with a 400v set-up. It’s this higher 800v rating that allows the Taycan to deliver its consistent performance both against the clock and when at a charging station – where its battery can be charged from five percent to 80 percent in under 23 minutes on a 270kW charger. It will take nine hours to charge the battery from zero to 100 percent on a 11kW charger.

The two-speed transmission on the rear axle is how the Taycan achieves its headline grabbing acceleration figures, with the first gear designed for maximum acceleration and the second allowing for more relaxed, long-legged cruising.

Underpinning the Taycan’s new J-Platform is Porsche’s 4D Chassis Control, which incorporates a three-chamber adaptive air suspension and damper system, Porsche’s dynamic anti-roll bar technology (PDCC Sport) and its latest torque vectoring system. A selection of 21-inch wheels are available, all fitted with a 265/35 tyre on the front and a 305/30 on the rear.

Porsche’s carbon-ceramic brakes are standard on the Turbo S, with 10-piston calipers and 420mm discs on the front, with four-piston items on the rear clamping a disc that’s only 10mm smaller in diameter. Porsche claims the high recuperation system means that 90 percent of everyday braking can be achieved without using the brakes, relying instead on the regen force when you lift off.

Manufactured from a mix of aluminium and steel, the Taycan’s body sits on a chassis that incorporates an aluminium battery tray that also forms part of the safety structure. Inside the Taycan can be configured as a four- or five-seater.

18-way electric sports seats, rear-axle steering, Sport Chrono package and Porsche Electric Sport Sound are standard on the Turbo S, so too is an air-conditioning system that features louvre-free air vents that are electronically controlled and integrated into the climate control system.

There’s a new approach to interior design, too, with screens replacing conventional instruments. The floating instrument binacle features a five-dial layout, but like the 911’s the outer two dials are obscured by a three-spoke steering wheel that’s a further evolution of the 918 Spyder’s. Two further screens occupy the facia, one positioned in front of the passenger and replicates most of the data displayed on the centre screen. A haptic controlled screen on the centre transmission(?) tunnel is home to the air-conditioning controls.

Not as quiet as you would perhaps expect an electric car to be, but none of them are truly silent. There’s noticeable wind noise from the mirrors and around the frameless doors and the tyre roar is on par with a 997 Turbo. It’s the first thing you notice and it never really leaves you.

What you don’t notice, and where the Taycan lays down its marker as a very different approach to driving is the effortless momentum achieved when driving through a town, on a motorway and even along a more interesting section of road. The way in which it delivers its power and torque is borderline undetectable, speed building with no real effort or input required from the driver. With the naff sport sound generator turned off you’re hard pushed to know if you’re travelling at 65kph or double that speed. Find yourself on a long drive, set the cruise to your prefered speed and as a driver you’re nearly as removed from the process of driving as any passengers. Little wonder that those who find driving a bore and a chore enjoy the detachment offered by the ev driving experience.

But a Porsche must deliver a driver experience above and beyond the accepted norm, and to a high degree the Taycan offers just that. Its ride and body control are on another level compared to a Panamera. There’s a tautness to the ride and a level of damping from the PASM chassis that masks the Taycan’s weight, allowing it to flow with an unexpected precision. Away from the headline acceleration figures the Taycan feels so much more than a point and squirt performance car, you sense there’s an inherent dynamic level within it that is above any other electric car on sale.

The steering is overly heavy no matter the scenario but it’s remarkably accurate, if lacking in any detailed feedback, and you sense there’s a strong dynamic car within the Taycan’s DNA. We say sense, because the Taycan’s international launch wasn’t one that offered many, if any, opportunities to explore the car’s limits and get to know a little more about it. Our 500km launch route formed part of a 6,000km drive from Oslo to Stuttgart over 18 days, as much to showcase the charging network offered by Porsche’s partner Ionity as it was to demonstrate the car.

Restrictions of the launch drive aside, there is no escaping the fact that the Taycan sets a new benchmark for electric vehicles in how they are constructed, designed, developed and how they should drive. Its performance figures will always dominate and be a focus point for many, but beyond that it feels like there’s a level of driver interaction in the Taycan that’s missing in all other electric cars built to date.

At $193,733 the Taycan Turbo S is on a par with the Tesla Model S Dual Motor Performance Ludicrous, which costs $180,579. And until Audi launches the e-Tron GT and AMG its Taycan rival (expected in 2022), Porsche holds all the aces. Your move Tesla.