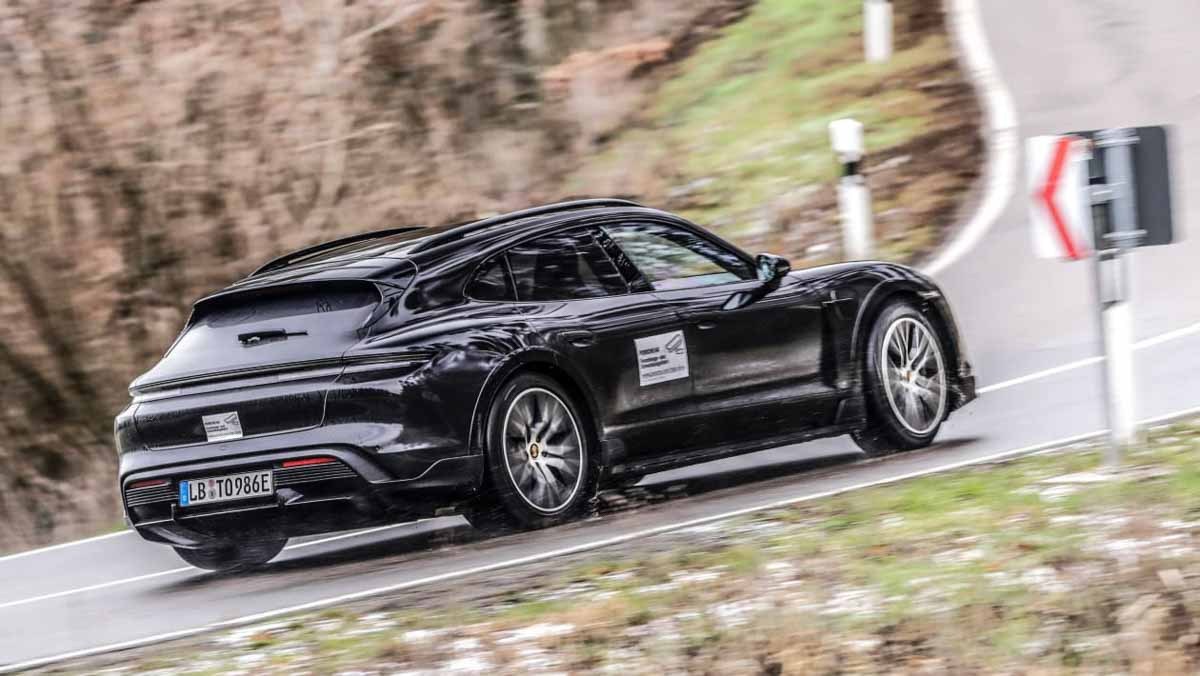 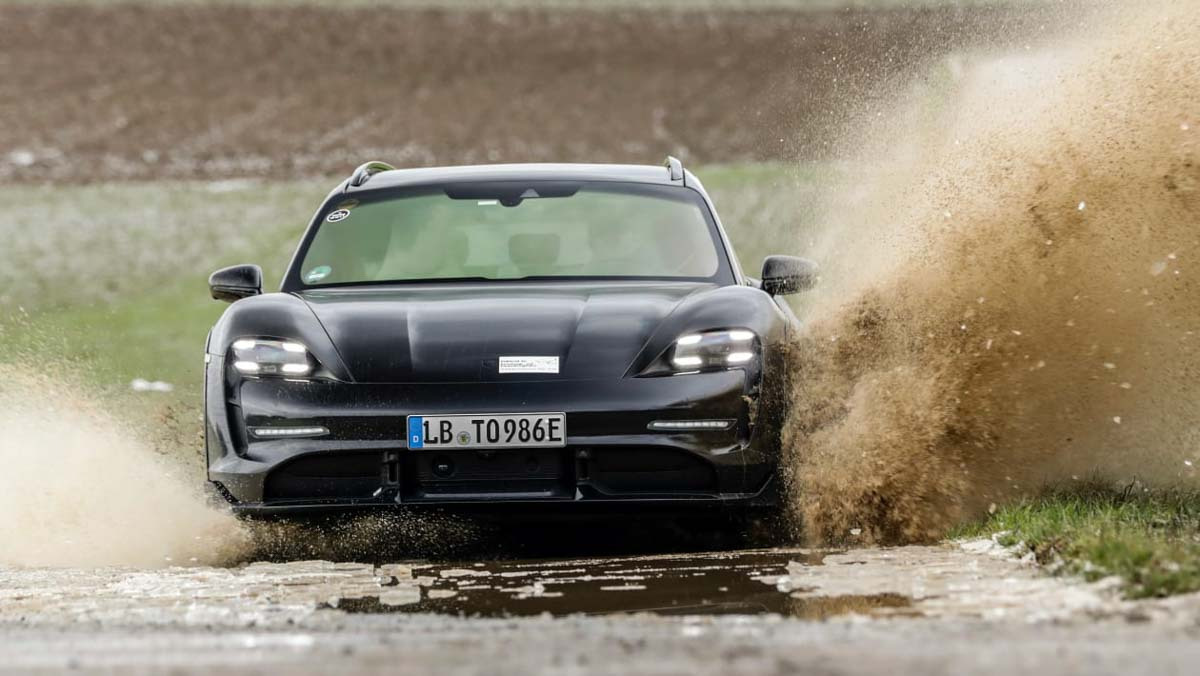 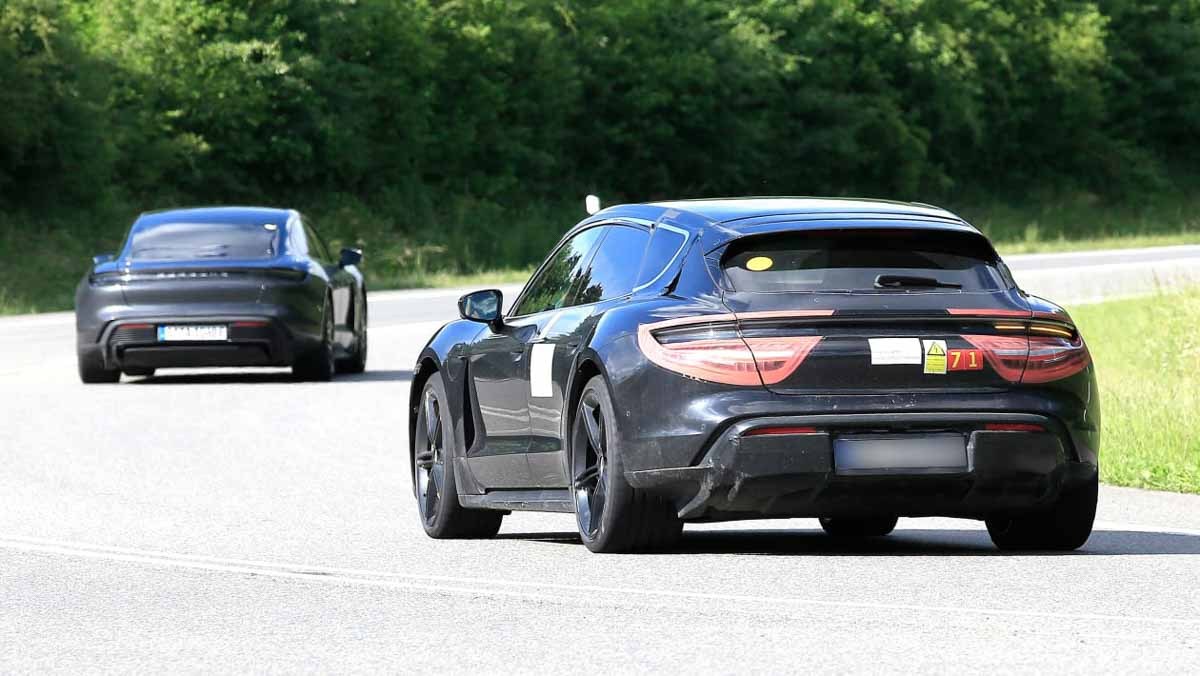 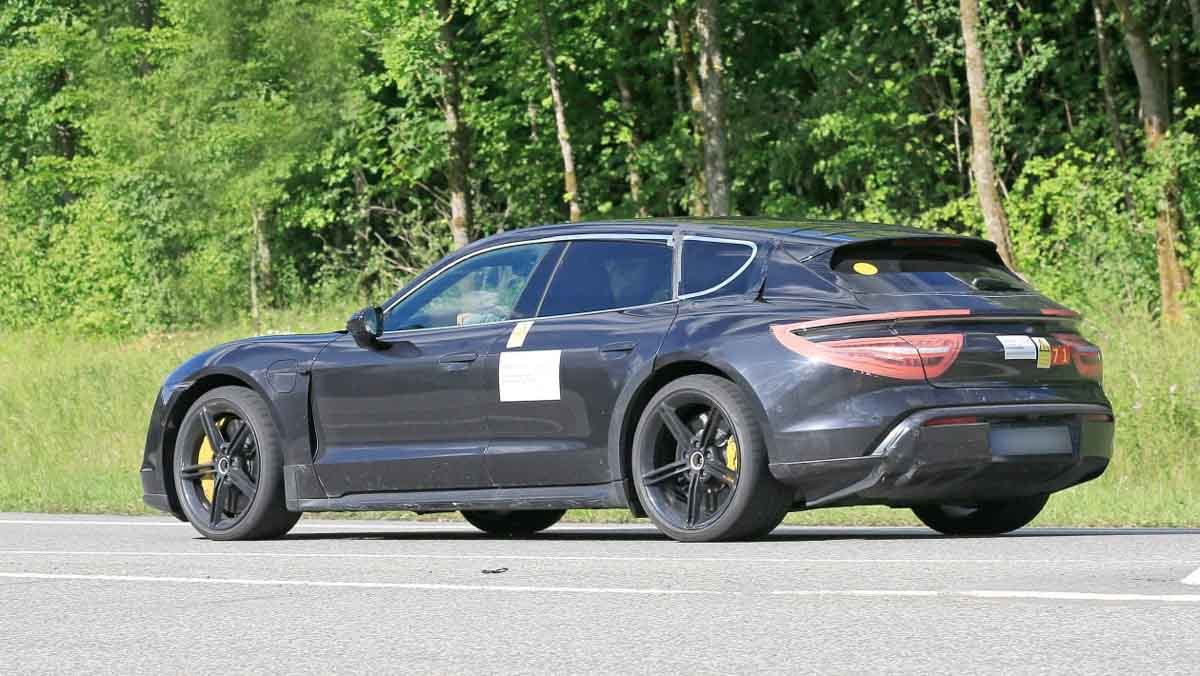 Following confirmation of the model in early 2019, and a number of test mule sightings since, Porsche has finally given us our first glimpse at the model ahead of its full reveal. Expected to surface in a few weeks, Taycan product line boss Stefan Weckbach took to the wheel on roads around Weissach in an official video.

Similar in concept to the Panamera Sport Turismo, the Taycan Cross Turismo will be more of a lifestyle estate than a traditional family holdall. Final design details remain under wraps, but Weckbach said: ‘We developed a completely new roofline, fitted with roof rails, a more generous second row and bigger trunk.’ He went on to say: ‘…we optimised our suspension system so the Cross Turismo comes with a CUV (cross utility vehicle) specific driving mode. This makes sure it does well on gravel roads in terms of stability, performance, and dynamics.’

Powertrain offerings are likely to be similar to those available on the standard Taycan, with a permanently excited synchronous electric motor sitting on each axle. The 4S sends up to 563bhp (on overboost) to all four wheels for a 4.0sec 0-100kph time, with the range-topping Turbo S adopting marginally larger motors for an output of 616bhp (750bhp on overboost) when fitted with the 93.4kWh Performance Battery Plus option – standstill to 100kph happens in 2.6sec, with top speed coming at 257kph.

Underpinning the Taycan’s electric drivetrain is a lithium-ion battery that forms part of a powerful 800V electrical system. Porsche claims the Taycan can travel 500 kilometers between charges, but crucially, the cells can be replenished in just four minutes to provide 100km of range.

The new Cross Turismo will be obvious from standard Taycans not just from its estate-like body, but also some gentle crossover styling elements such as redesigned lower bumpers, new wheel designs and some subtle wheel arch cladding, just like the Cross Turismo concept from a few years ago.

As with the standard Taycan, Porsche claims that the Cross Turismo will offer not only similar performance, but also the latest connectivity functions, over-the-air updates, functions on demand and premium charging services both at home and on the road.

Porsche’s move into electric vehicles will see it invest $7billion by 2022, including converting its existing Zuffenhausen engine plant to also build the Taycan’s electric drive units. There will also be a dedicated paint shop and assembly facility to build the four and five-door electric cars.

Nearly $600million of the $7billion investment will be earmarked for Taycan variants and derivatives, with a further $850million to be spent on new technology, charging infrastructure and smart mobility. Development of plug-in hybrid models will also continue.

On top of its investment in e-mobility, Porsche will also invest $18billion in new products across its portfolio by 2023.