New C-class to launch as four-cylinder only; AMGs expected to be the same 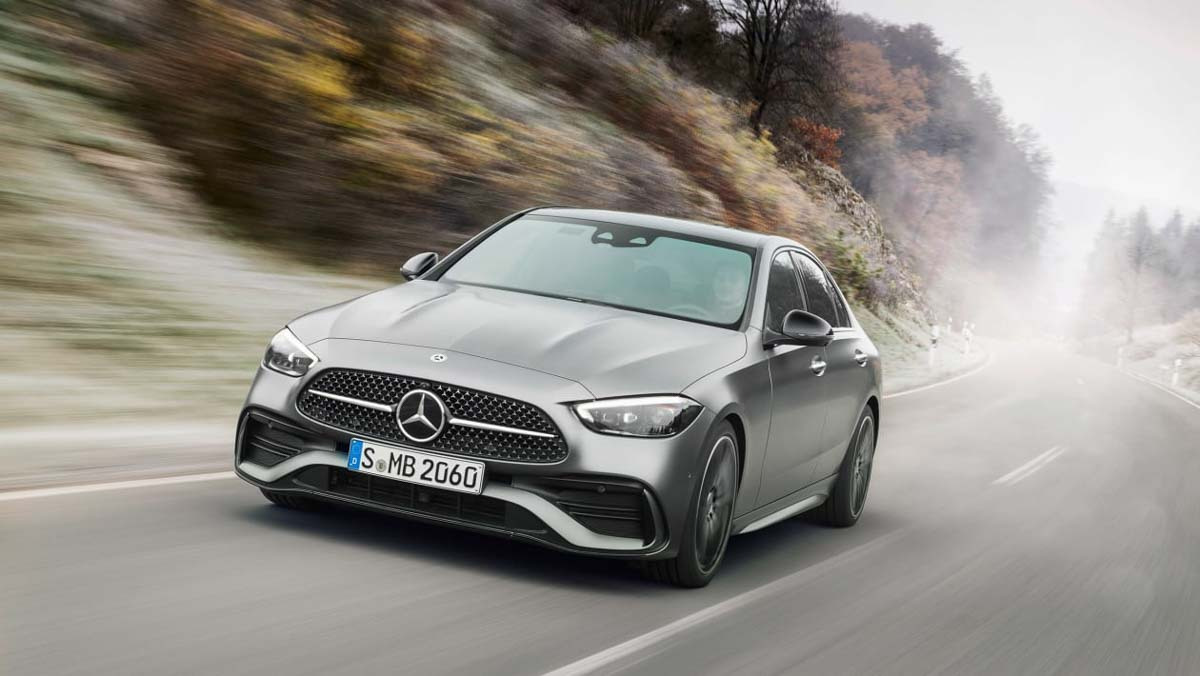 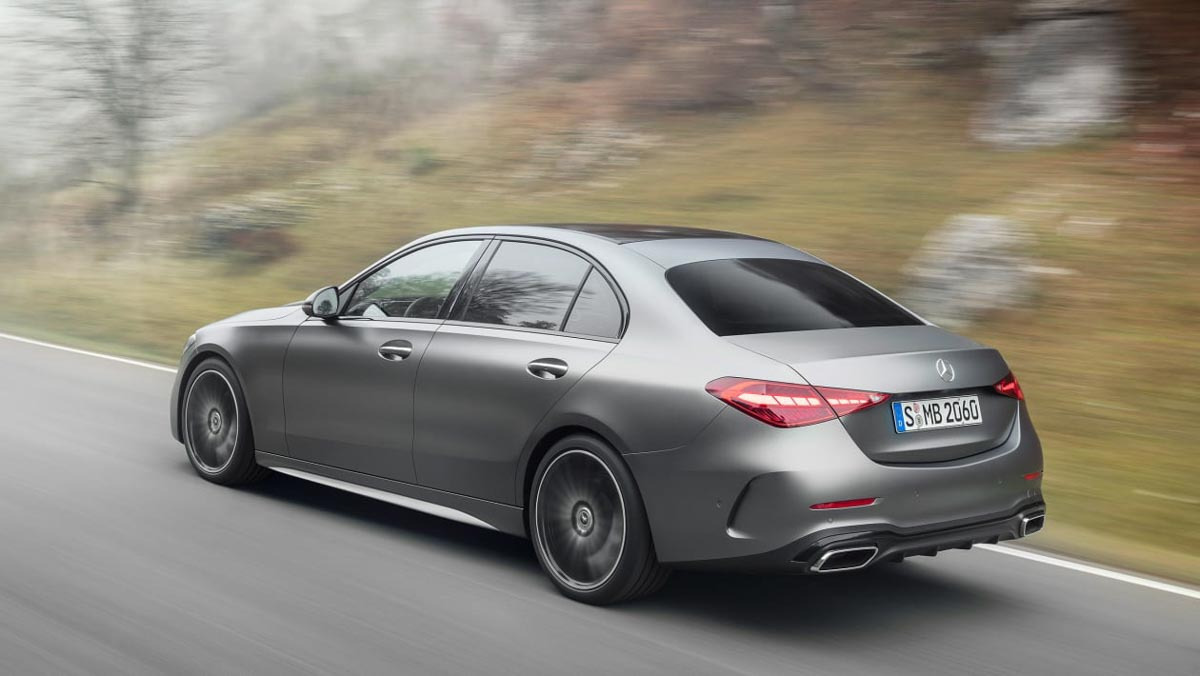 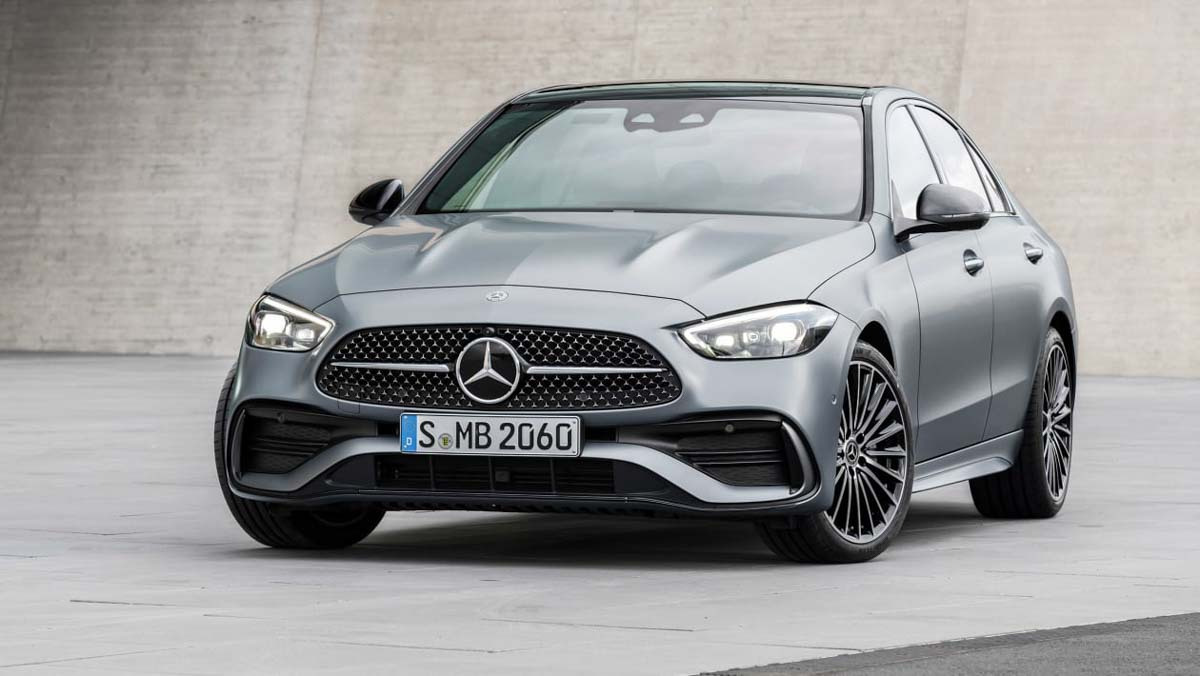 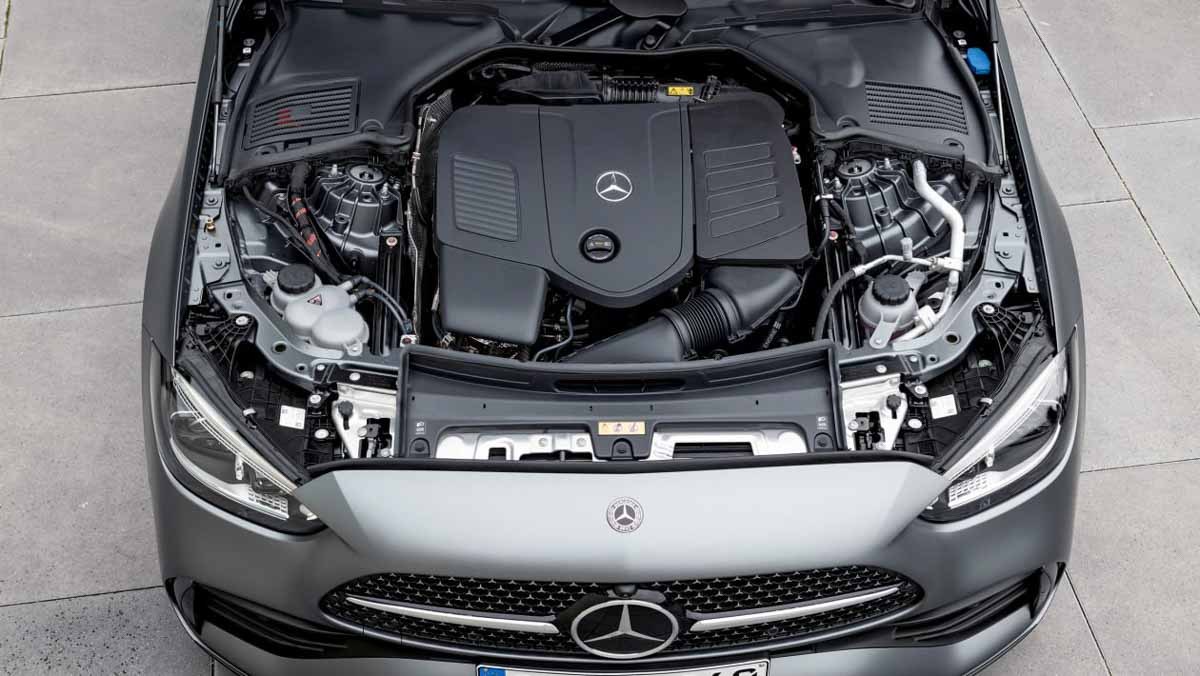 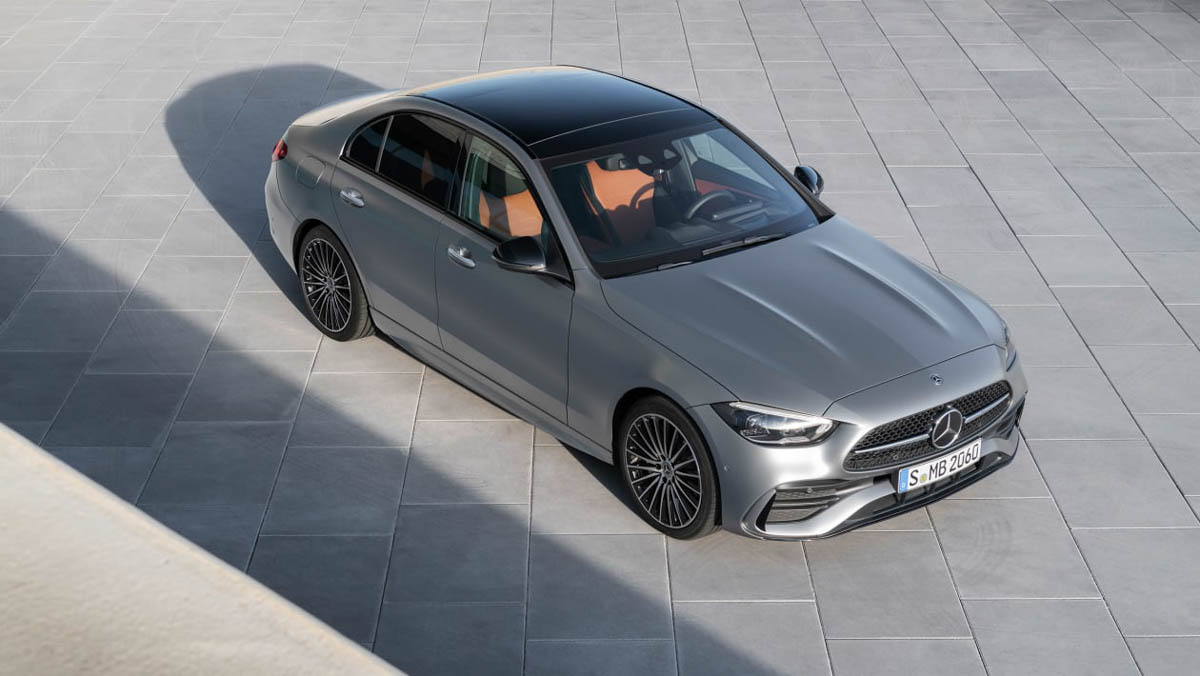 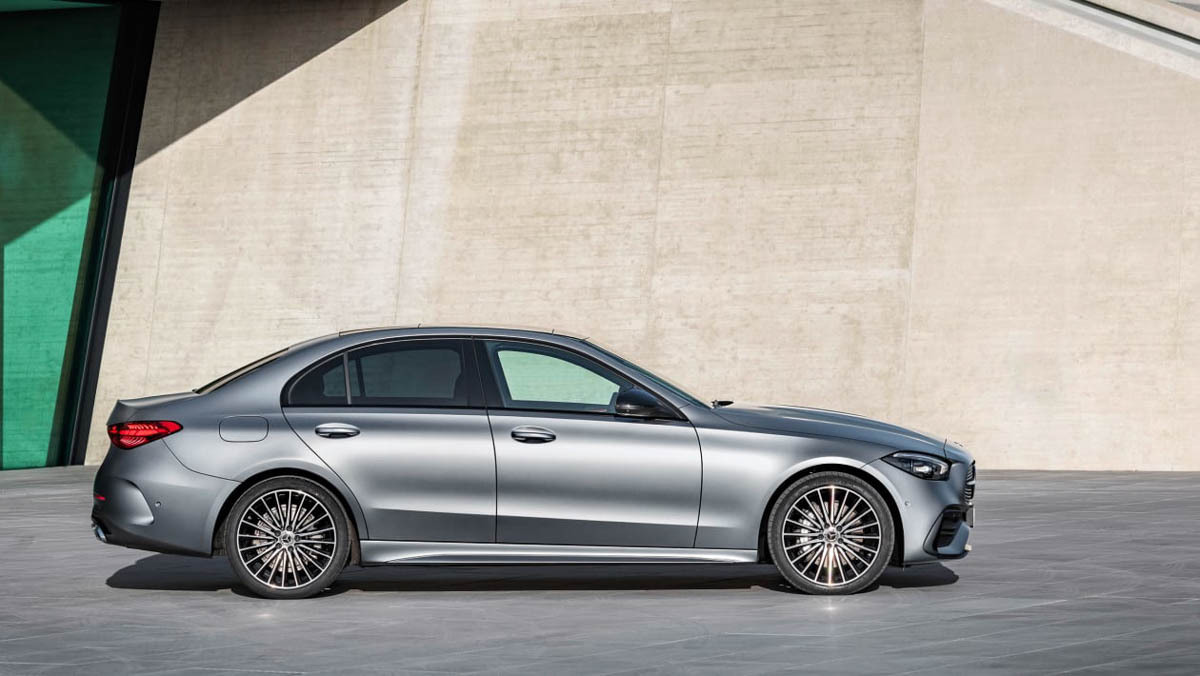 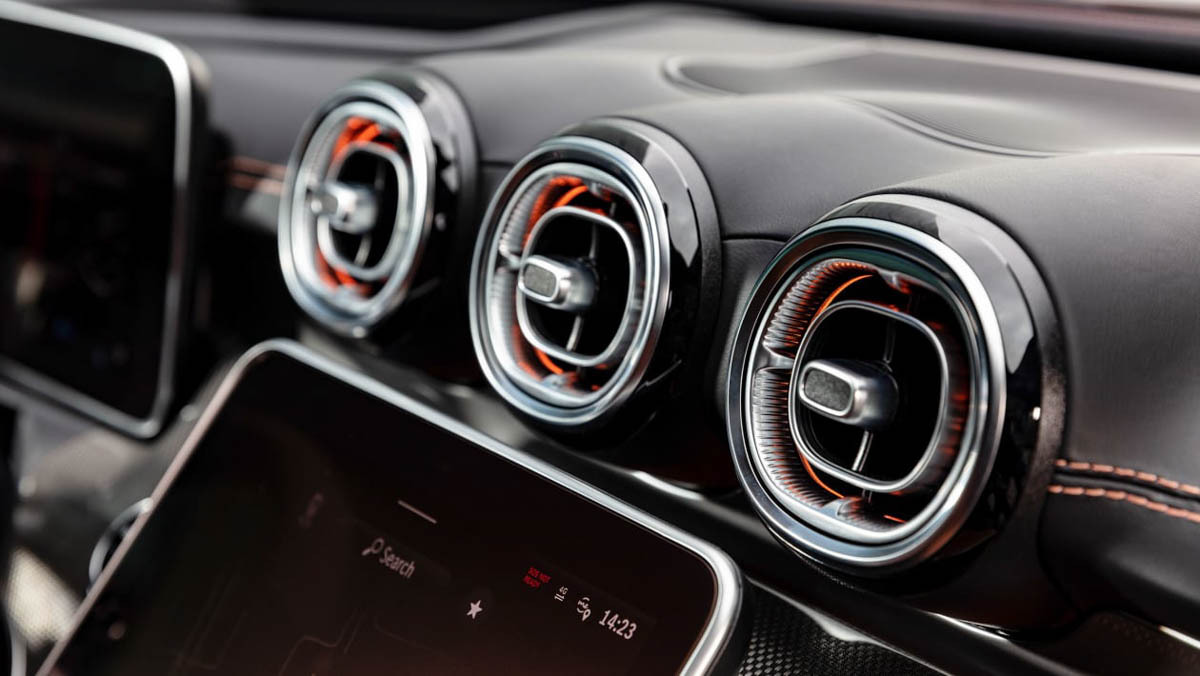 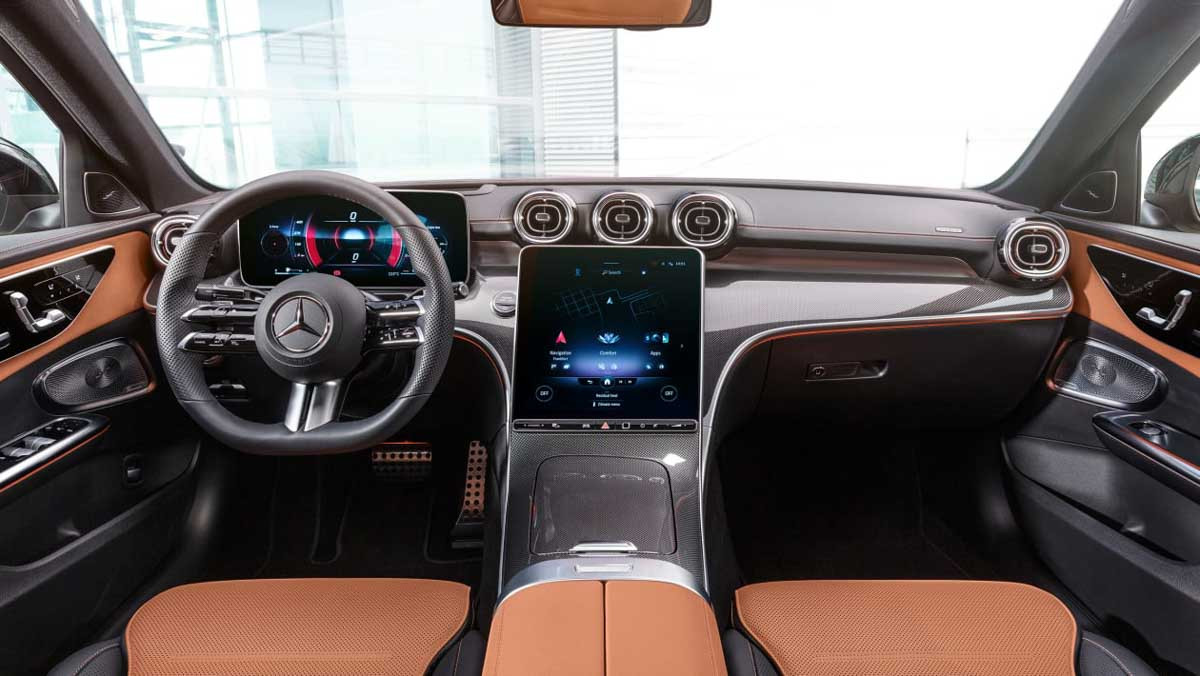 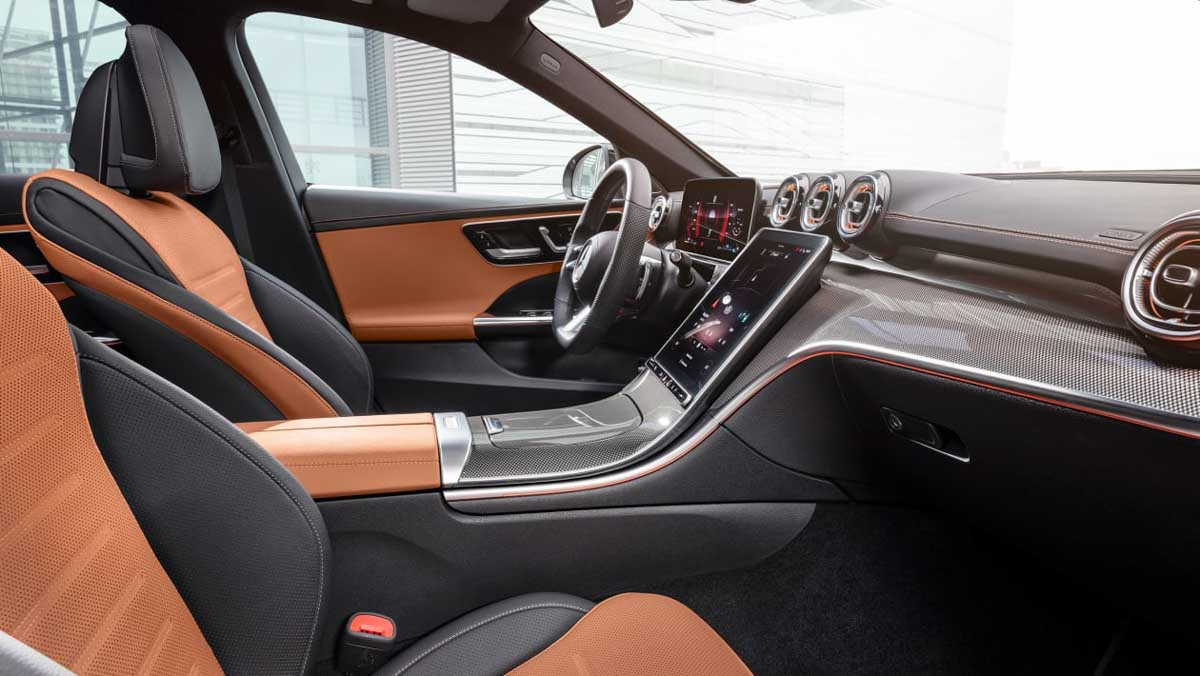 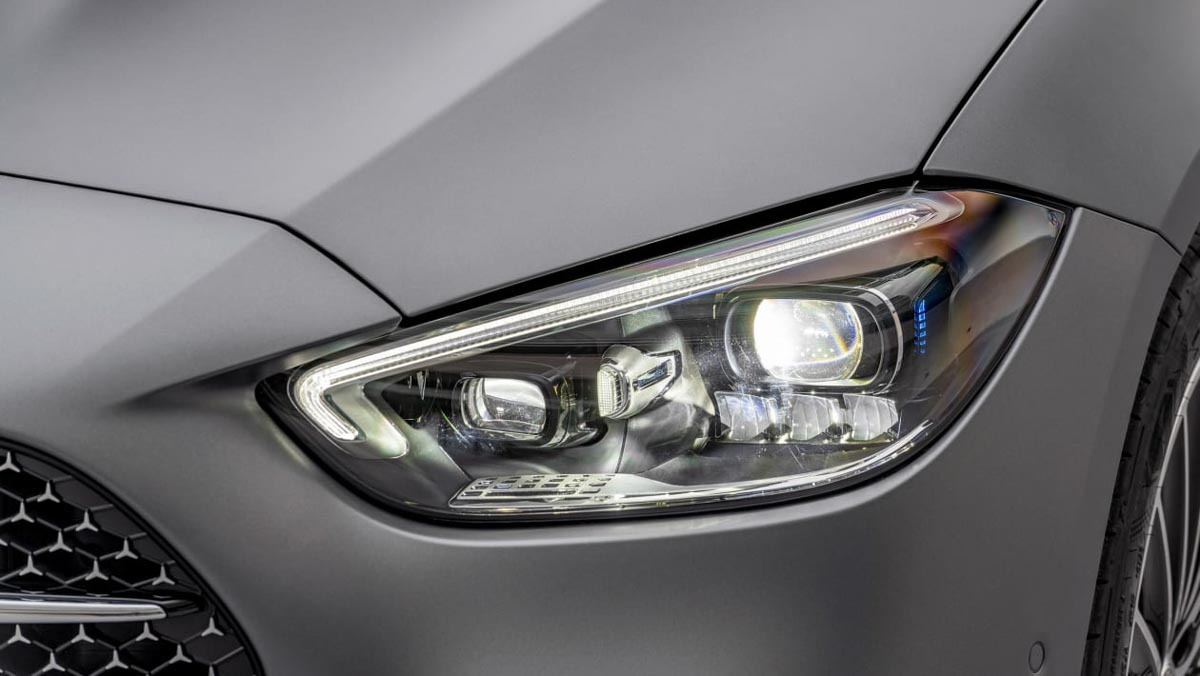 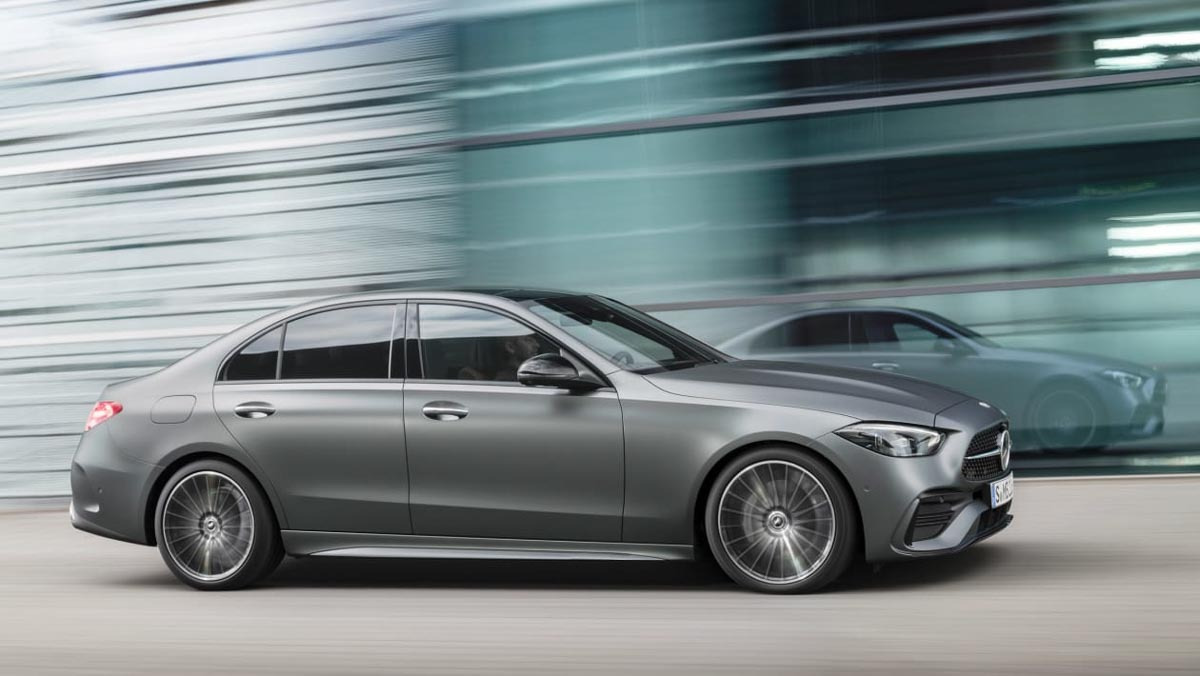 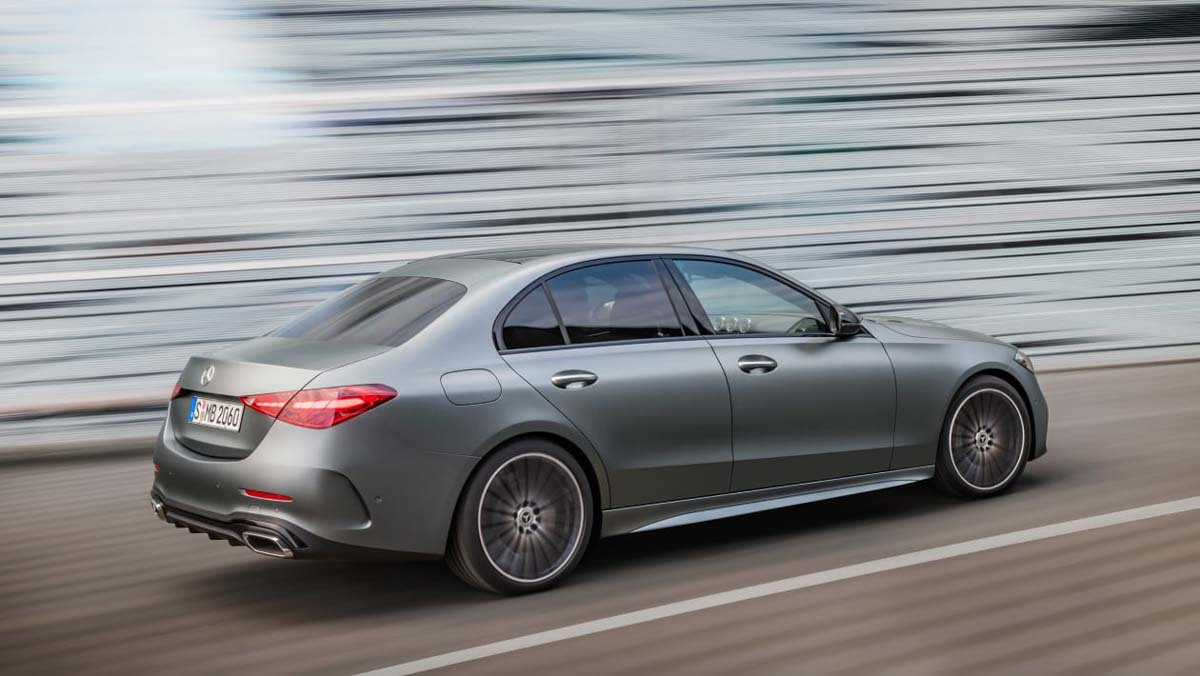 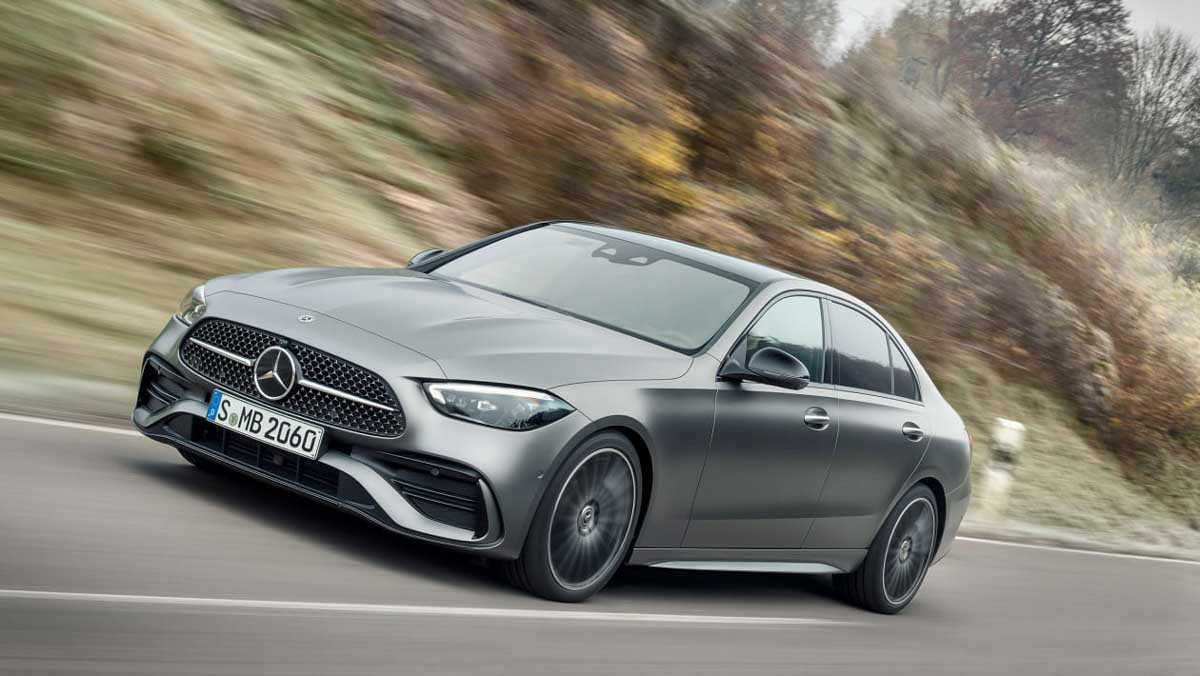 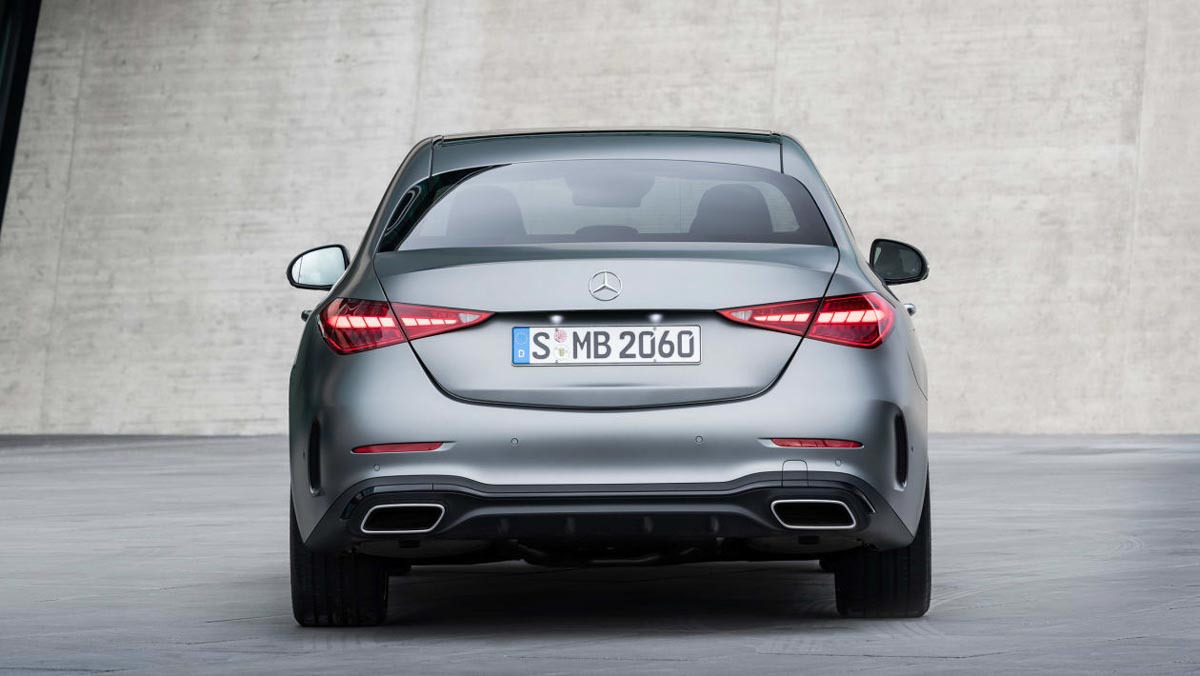 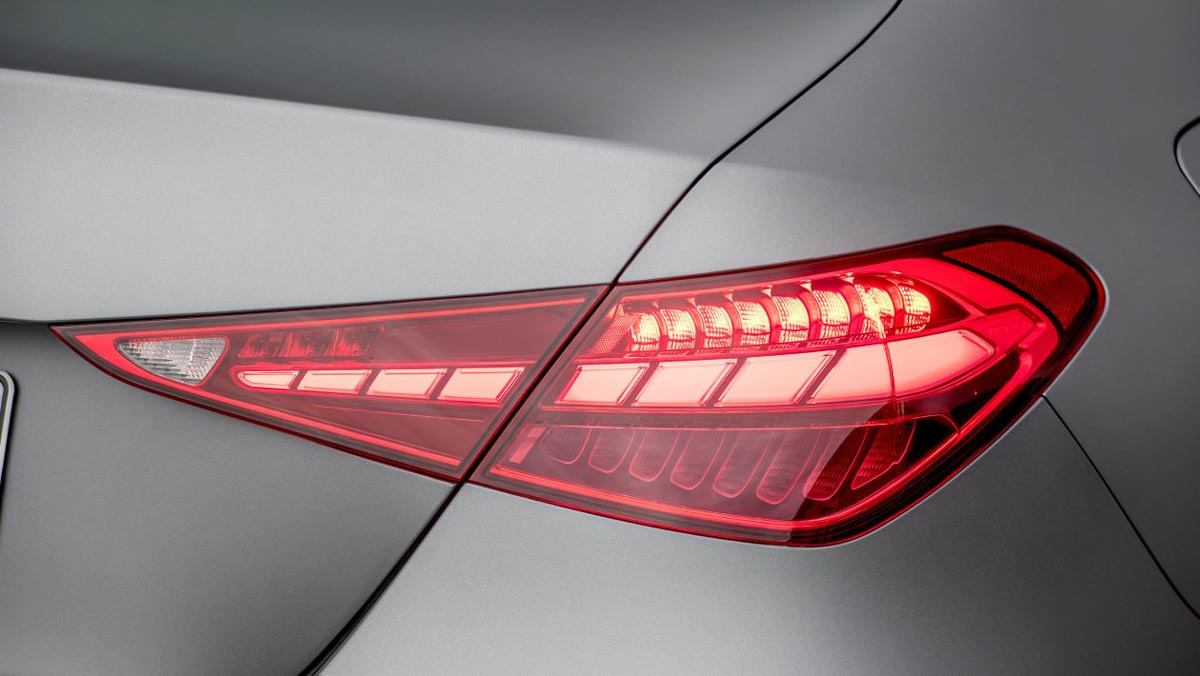 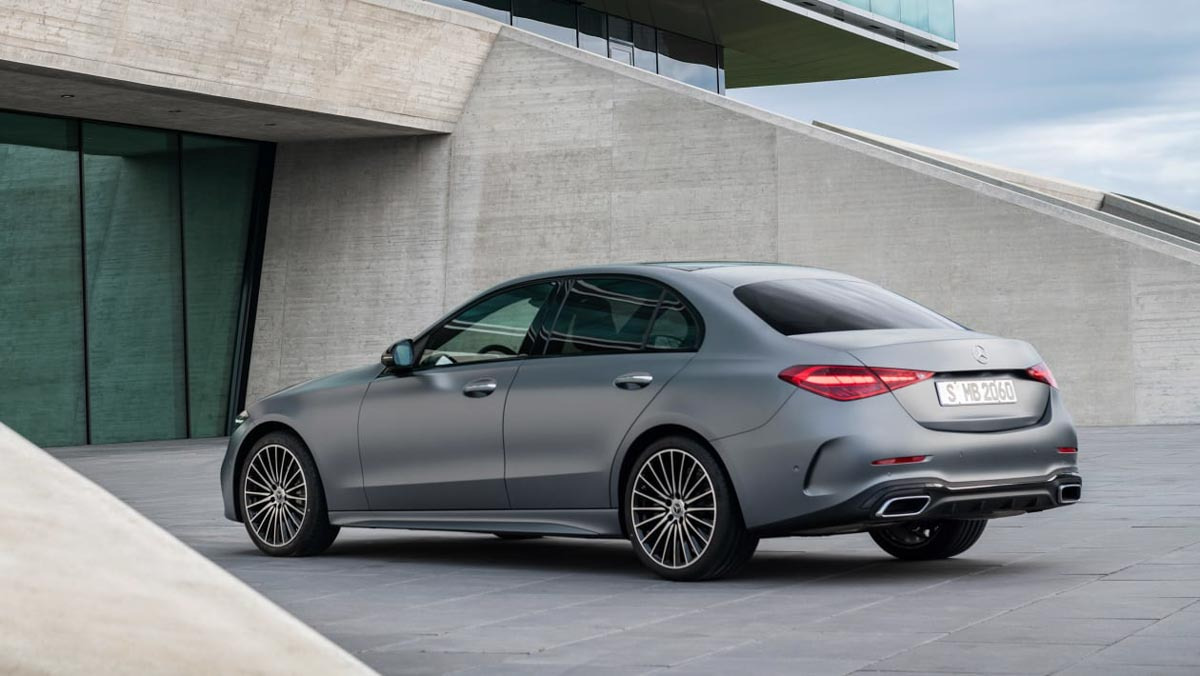 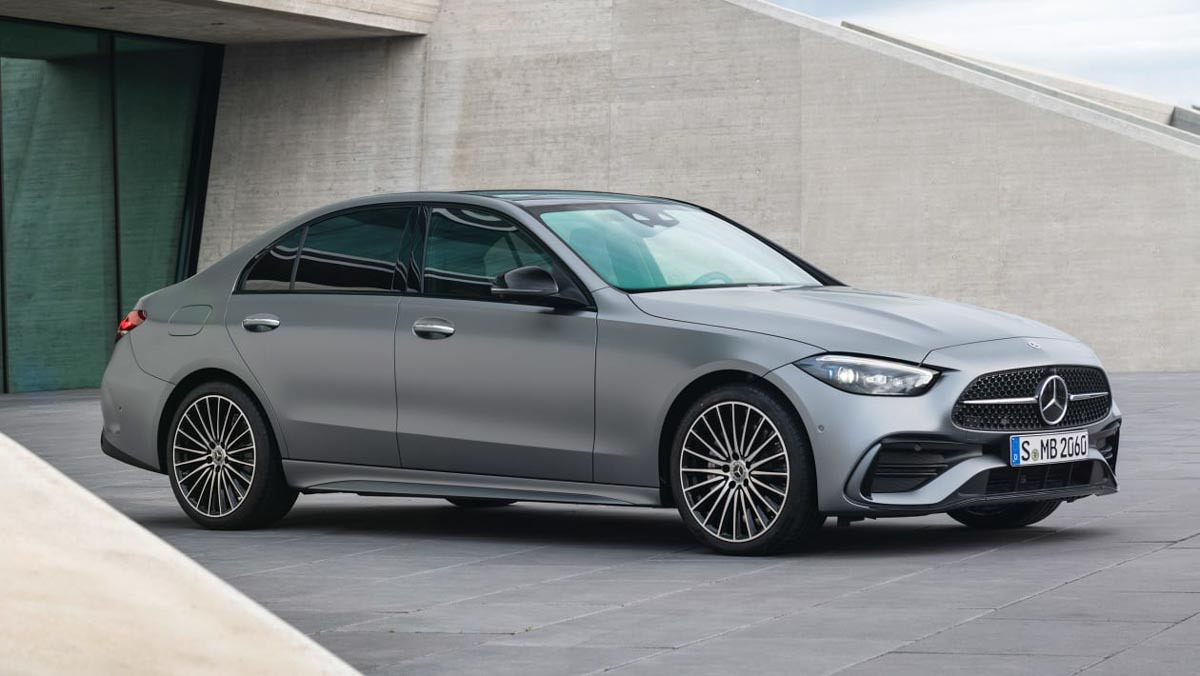 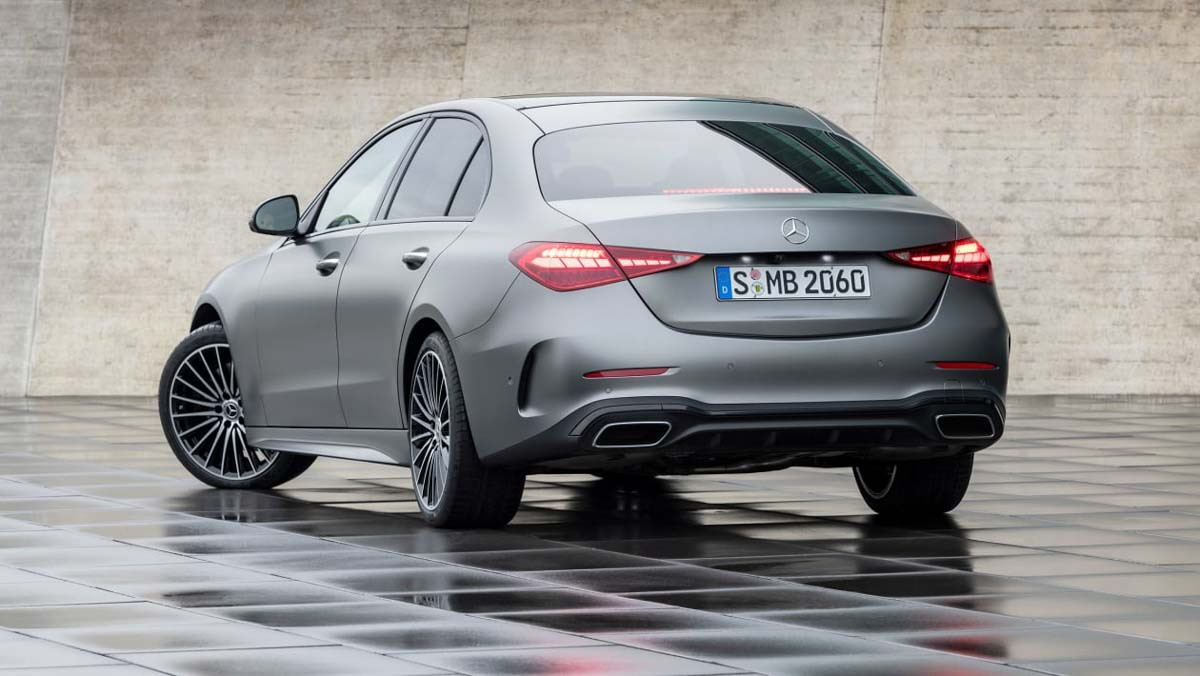 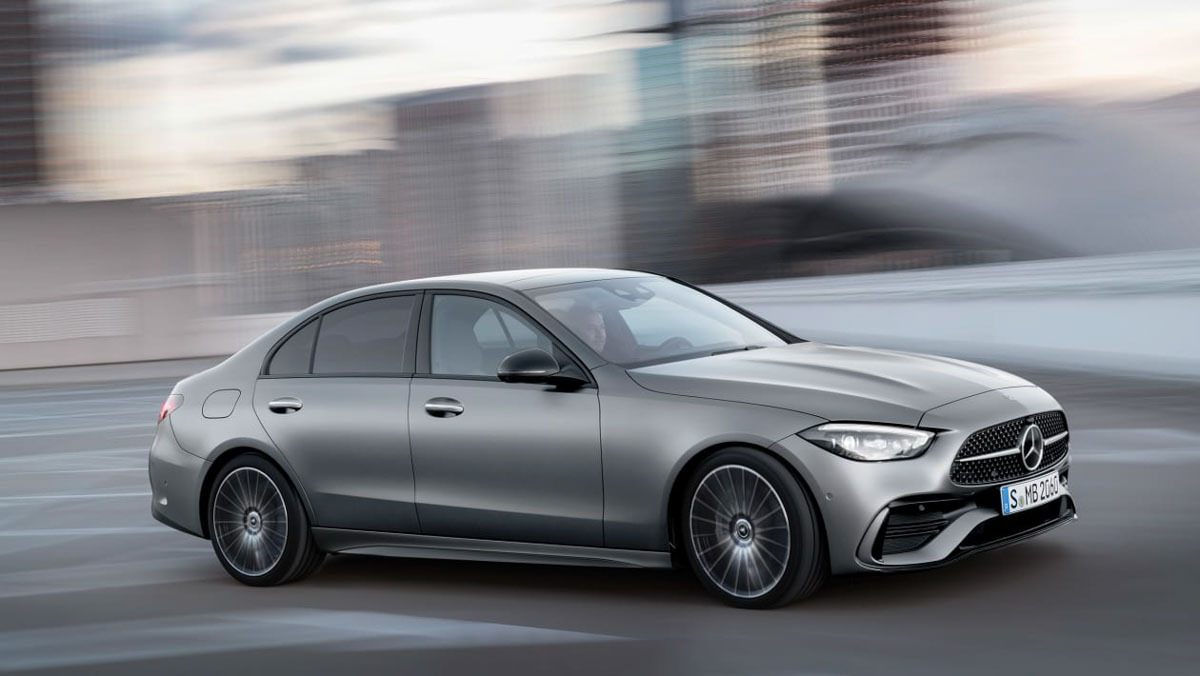 This is the all-new fifth iteration of the Mercedes C-class saloon and estate. The C-class has long been the entry point to the traditional rear-wheel-drive Mercedes range, rivalling other compact executive cars such as BMW’s 3-series and Audi’s A4. The new-generation C-class will continue to occupy this space, with the familiar combination of attributes that has made its predecessors such a success now joined by a new focus on electrification.

At launch all new C-class models will use four-cylinder petrol and diesel engines, each with a 48V mild-hybrid electrical system and an integrated starter generator (ISG). This ISG is able to overboost all engine variants with an additional 19bhp and 147lb ft of torque for short periods. All models utilise a nine-speed automatic transmission and some are available with all-wheel drive.

The top-spec C300 petrol model produces 254bhp, not including overboost from the ISG, and has a 0-100kph time of 6.0sec. Top-tier C300d diesels are more powerful, with 262bhp supplemented by 405lb ft of torque – both figures again excluding overboost – making it even quicker than the petrol to 100kph at 5.7sec.

The C300e plug-in hybrid features a similar 2-litre petrol engine to the standard C300 but combined with a 127bhp electric motor and 25.4kWh battery pack. Its peak combined figures are 311bhp and 405lb ft, and with such a large battery pack there’s also an impressive 100km pure electric range – more than is offered by any comparable plug-in rival by some margin.

There is a lingering question about whether larger engines will be available later in the new C-class, particularly for AMG variants, but Mercedes has remained tight-lipped about such developments. In reality, there is a real possibility the next C63 will feature half the number of cylinders we’re used to, joined by a more potent hybrid system.

Inside, the latest C-class gets an all-new interior architecture similar to that in the current S-class. As with the flagship, the layout is dominated by a central touchscreen that rises up from the central console, with a clean interface and a minimal strip of hard keys below. In front of the driver sits a second info screen that’s available in two different sizes, with an optional head-up display situated behind.

The new C-class will share its MRA-derived platform with other Mercedes models such as the E- and S-class, and indeed the previous C-class. Front suspension is of a MacPherson strut design and there’s a multi-link rear. Passive dampers are standard, with adaptive units optional. The plug-in hybrid models have a self-levelling air-sprung rear axle that helps support the extra weight of the battery pack without affecting load limits, but there is no longer a full air-suspension option as there was in the previous model. There is, however, an optional rear-wheel-steering system.

The exterior design is evolutional, with a similar silhouette and stance to the outgoing model, but highlighted with updated visual graphics that more closely align the new C-class with the rest of the current Mercedes-Benz range.

Some might accuse the new C-class of being too gentle an evolution, but Mercedes’ creative momentum is behind its electric vehicle programmes, not the proven lines that for now generate much of its revenue. Mercedes’ EQ range will inevitably culminate in a C-class-sized BEV in the not too distant future, so how much longer the C-class as we know it will remain a core part of the range will likely be realised before a sixth-generation version arrives – if indeed it does at all. 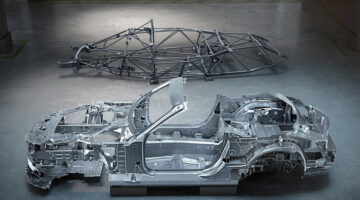