Concept has a distinctive new face, and it’s not going to be the last time we see it 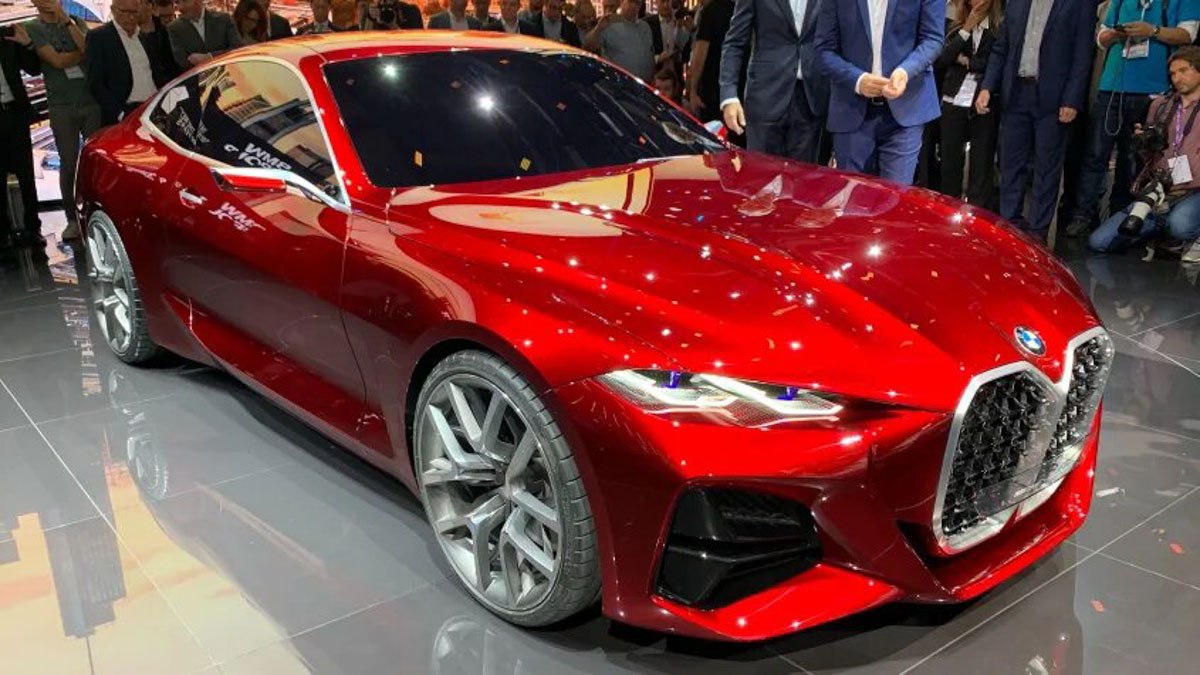 BMW has revealed an important concept car at this year’s Frankfurt show, with an early look at next year’s 4-series in the form of the 4-series Concept Coupe. Although not quite a production concept (that is to say a production car with bigger wheels), it is close enough for us to grasp what the new 4-series will look like, complete with that contentious grille which is sure to put BMW fans into a right spin.

So let’s deal with that first. The expanding kidney grille, already something of a recurring internet meme, is now bigger than ever, spreading not so much across the front bumper, but down to the base of the nose. The look is certainly distinctive, and those who like it will doubtlessly love the exaggerated, almost caricature face.

The headlights portray its concept status, with a skeleton-like arrangement without covers or an outer casing. They sit within a cowelled indentation in that front bumper, and sit below a heavily sculpted bonnet that drops down quite substantially towards the grille, not unlike that on the previous generation F10 3-series saloon.

What the incoming M4 looks like with this dramatic new nose will certainly be interesting, while it’s also worth remembering the previous two generations of M3 saloon shared the Coupe’s front bumper, wings and bonnet, so there is a high chance that we’ll see this nose on the four-door M3 too.

The remaining body is a mixture of familiar 4-series proportions with some 8-series elements such as the soft haunches and the rising sills that are almost reminiscent of a Bangle-era BMW. The windowline accentuates this kicked-up sill, but leads to a substantial rear deck and crisp bootlid – a complete contrast to the look of the more curvaceous, somewhat awkward 8-series.

It might seem that BMW has been at the mercy of significant ridicule in regards to its recent design language, a level it probably deserves to some extent. If there is one broader theme apparent, it’s that at least BMW has the confidence to push the boundaries of design – whether buyers are into that or not remains to be seen. We expect to see the production 4-series Coupe, Cabriolet and Gran Coupe next year, with both the M3 and M4 following soon after.