It’s quite the line-up, too. Four body styles (coupe, saloon, estate and cabriolet), two states of tune for the hot-vee 4.0-litre and rear-wheel drive throughout. So while contemporary rivals from Audi Sport and BMW M have one or two options for you (estate, coupe and forthcoming 4-door coupe from Audi or saloon, coupe and convertible from BMW) neither delivers a full quartet and only BMW overs different levels of performance through its Competition Pack and limited run CSmodels.

Is there a performance engine used in more applications than AMG’s hot-vee 4.0-litre V8? I ran out of digits at 20 models you’ll find the twin-turbocharged engine fitted to. This includes anything from a two-seater Nürburgring lap record menace (the GT R), a five-metre plus long limo (S63), roadsters, coupes, saloon and estates, seven-seat SUVs and, of course, the new G wagen.

The quickest of the refreshed C63 range is the 63 S Coupe, reaching 100kph in 3.9 seconds and limited to 289kph. Its 469hp brother requires an additional tenth to reach the sprint benchmark and is restricted to 249kph. The S Estate and Cabriolet models are a tenth quicker to 62 than the non-S variants at 4.1 seconds, with S models of both topping out at 278kph compared to 249kph for the non-S. Opt for the saloon and you’ll wait 4.0 and 4.1 seconds respectively to reach 100kph and hit the limiter at 289kph and 249kph respectively.

It doesn’t stop there, because both engine derivatives are also available with AMG Dynamics. A new piece of tech, it works with the ESP system (more of that later) to allow more measured and precise distribution of torque to the rear axle. An automated system, AMG claims it will react more quickly to a situation (which it has calculated) than the driver can.
Naturally there is more than one setting for AMG Dynamics, too. Basic is for when you are in Slippery or Comfort mode. Advanced is activated when you select Sport and lowers the steering angle and yaw damping, allowing for the steering to be more responsive. Pro is connected to Sport +, sharpens the steering further still and claims to provide the driver with more assistance. Then there is Master, linked to the Race mode it allows a slip of oversteer and livens up the steering even further. To use Master you also need to slacken-off the ESP to ESP Sport mode or turn it off completely.
Next it’s AMG Traction Control. Introduced with the AMG GT R, this nine-stage system is only available on C63 S models. With ESP switched off the scale ranges from Level 1 for wet conditions and a high safety net all the way to Level 9 to allow the rear axle and standard electronic diff to dance around until its Michelin Super Sports have had enough.

There’s more, too. AMG Ride Control is standard and combines steel springs with adaptive dampers that can be configured as thus: Comfort, Sport and Sport+. And finally (stop cheering at the back), C63 S models get dynamic engine mounts as standard.
Inside the changes are little less comprehensive. There’s a new 12.3-inch digital display for the instrument cluster and a 10.5-inch display for the infotainment system which includes access to AMG Track Pace – an on board data logger for you frustrated Lewis Hamiltons. There’s also a new AMG steering wheel featuring the touchpad controls first seen on an S Class.

Like a C63 S that’s been through a very thorough once-over and freshen up. We only drove the S models on the car’s international launch in coupe, saloon and estate form and, to a model, each one portrayed those C63 traits so many have come to admire.

The V8 still delivers above and beyond both Audi’s and BMW’s six-cylinder alternatives, benefitting from its inherent grunt advantage as well as throttle response and a willingness to rev that its rivals can’t match. Only the naturally aspirated V8 that Lexus wedges into its RC F  coupe is ahead in the throttle response stakes.
A noticeable improvement is the new nine-speed MCT Speedshft gearbox. Not only are the shifts sharper and quicker, they feel better suited to the engine’s characteristics when you’re on an exciting stretch of road that only calls for third and fourth, with a bit of fifth gear thrown in once in a while.
Downshifts on track can be a little slower than you want if you are selecting the gears via the steering wheel mounted paddles, and at times on the Bilster Berg track leaving the ‘box in auto provided cleaner, quicker downshifts under heavy braking.

As for those multiple new driver modes? There’s too many for six short laps of Bilster Berg and half a day criss-crossing a small fraction of Germany’s countryside to experience all of them. They certainly don’t harm the dynamics. In fact, the C63 S Estate we spent most of our time in felt considerably sharper, more responsive and oh so secure compared to previous examples we have driven. Then again, we need to throw the regional road caveat in at this stage because our northern Germany test route, while superb for showcasing the C63S’s many talents at dismantling a series of corners and swallowing straights, was super smooth. I’ve used ironing boards with more ripples across their surfaces.
Off the back of this drive, however, the C63 S appears to have lost none of its ability, charm or appeal, rather it appears to have added another layer of polish to its armoury.

BMW has three body styles to rival AMG’s four: the $78,900 M3 saloon and $79,500 M4 coupe and cabriolet. Unlike Audi, BMW M also offers a few performance options: standard, Competition Pack models and CS, although not for the M4 Cabriolet.

Leaving Germany for a moment, there is also Lexus’s rather splendid $80,640 RC F coupe, a leftfield choice but one with the most charismatic engine of the lot and an unexpectedly sweet chassis, too. 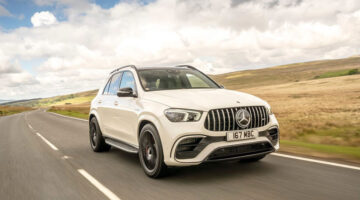 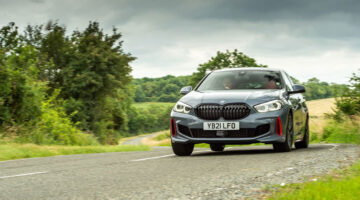 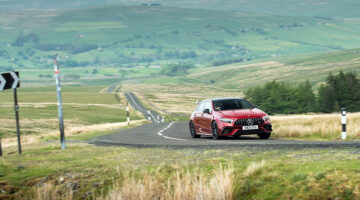