It’s been a long time coming, but this Ferrari F430-based reimagining of the Lancia Stratos is finally here 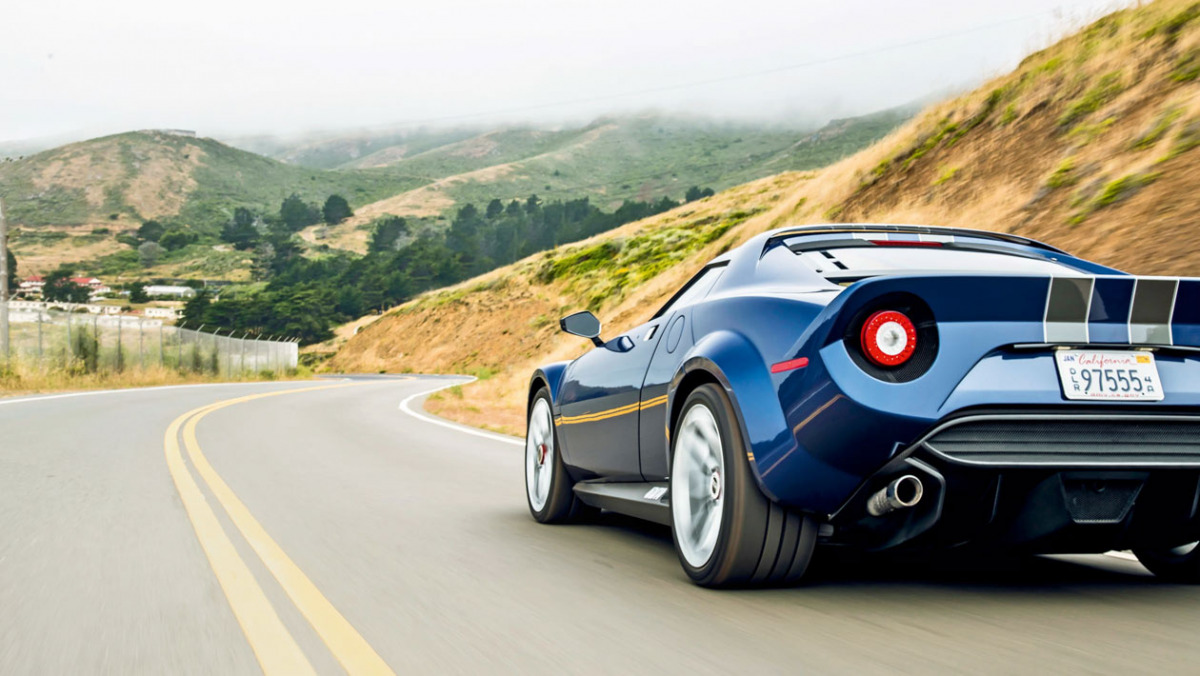 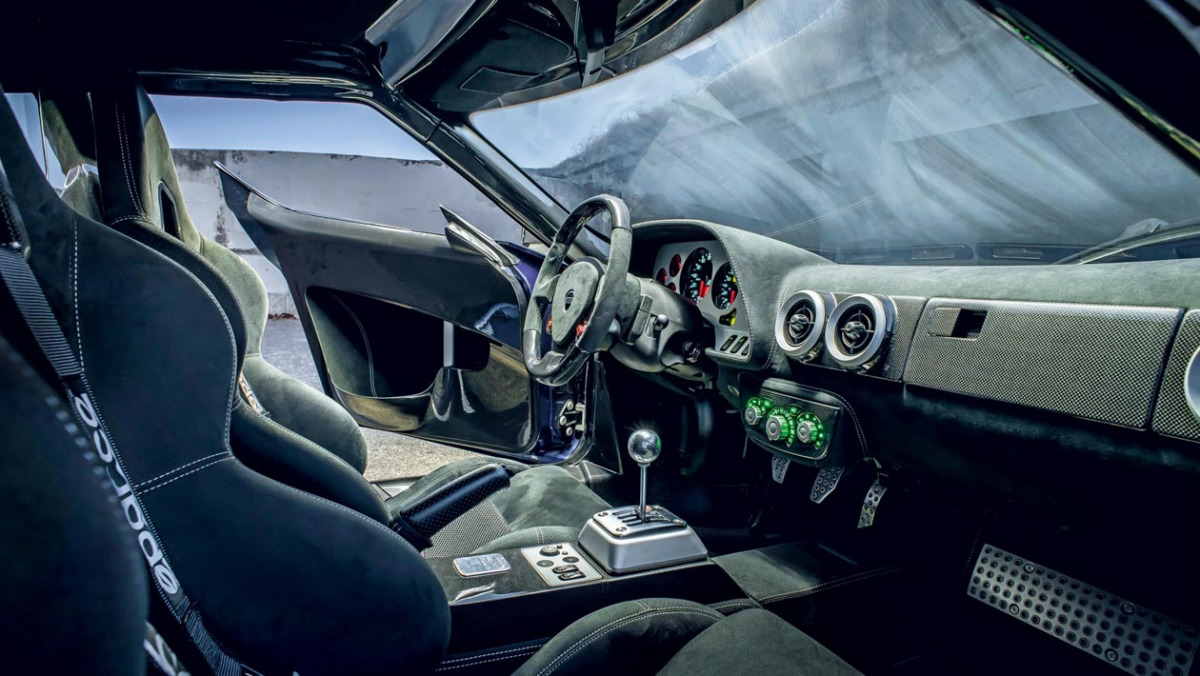 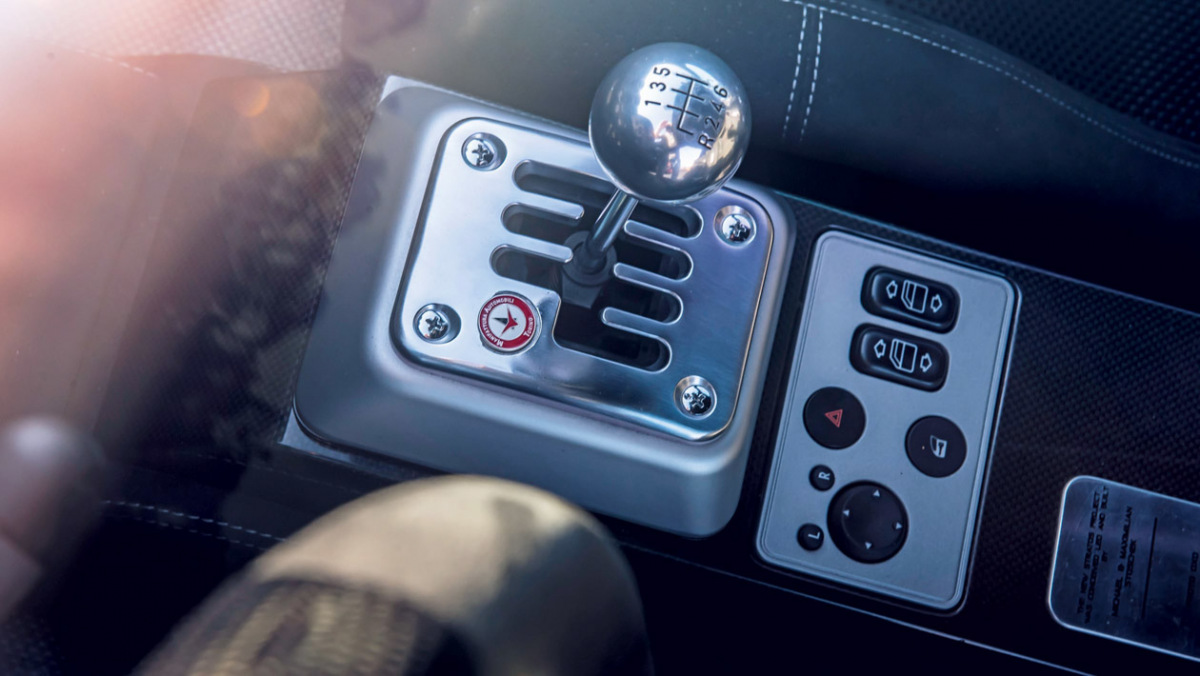 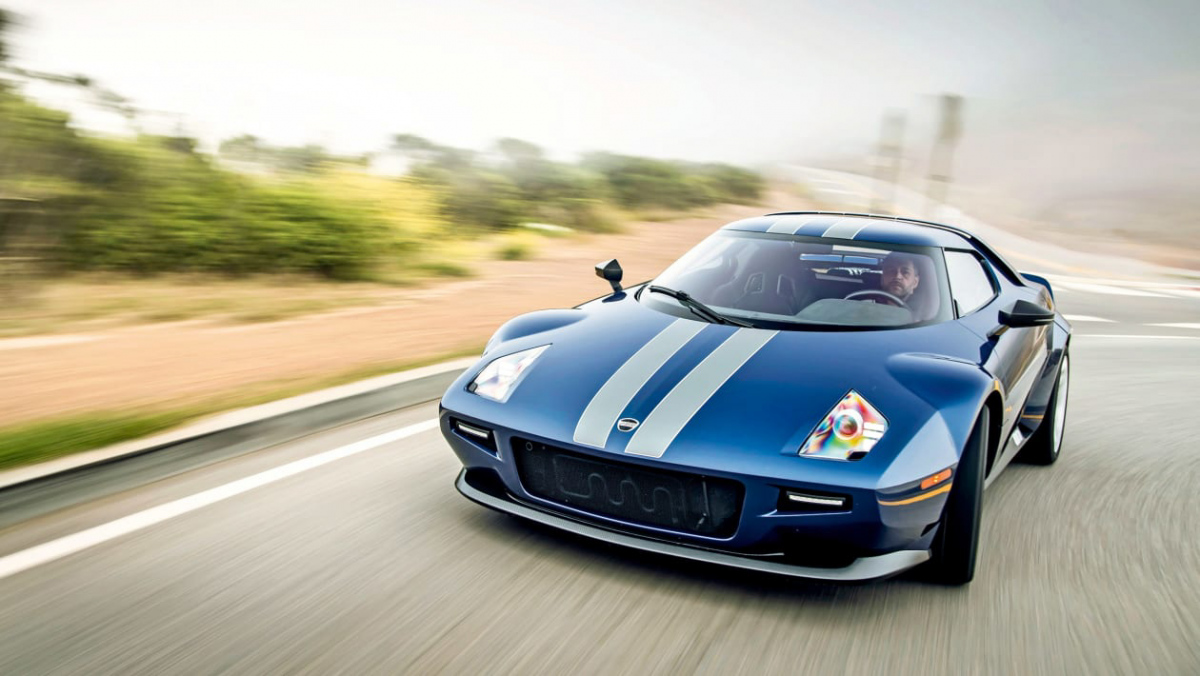 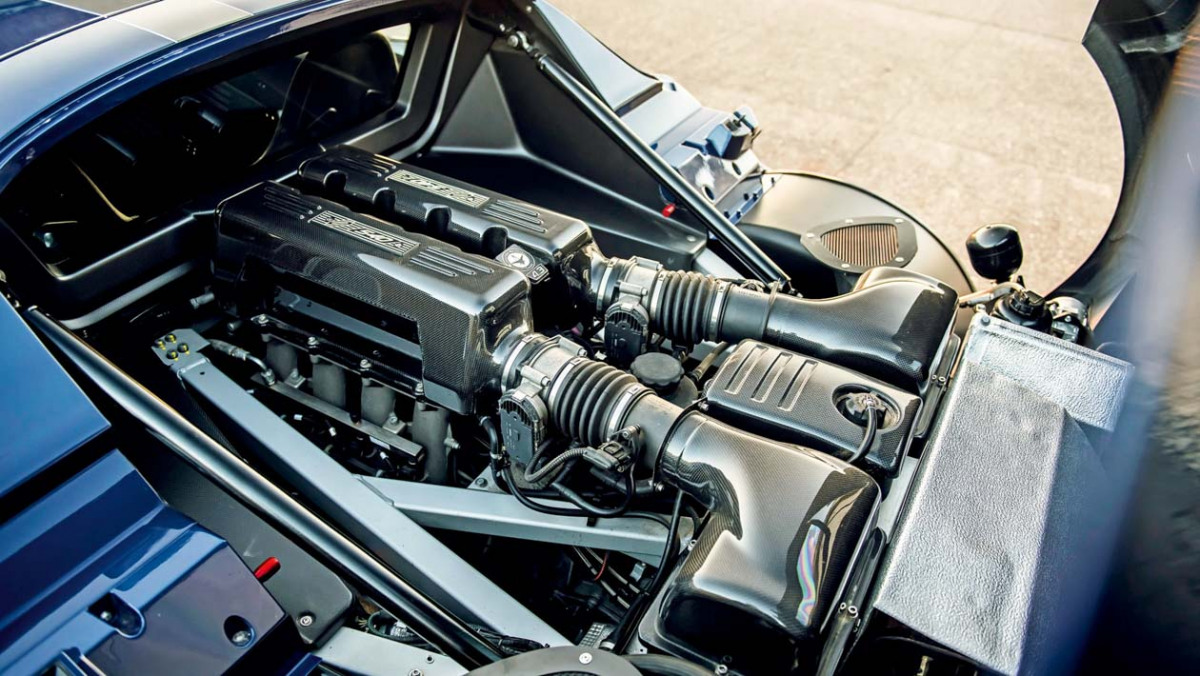 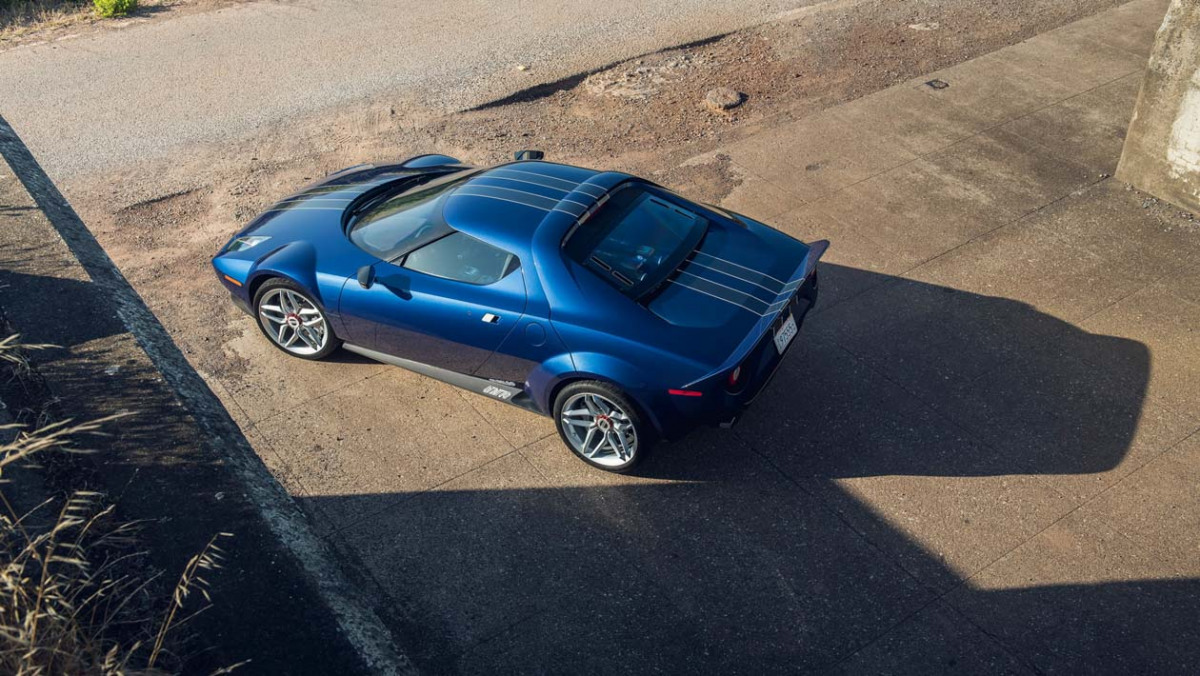 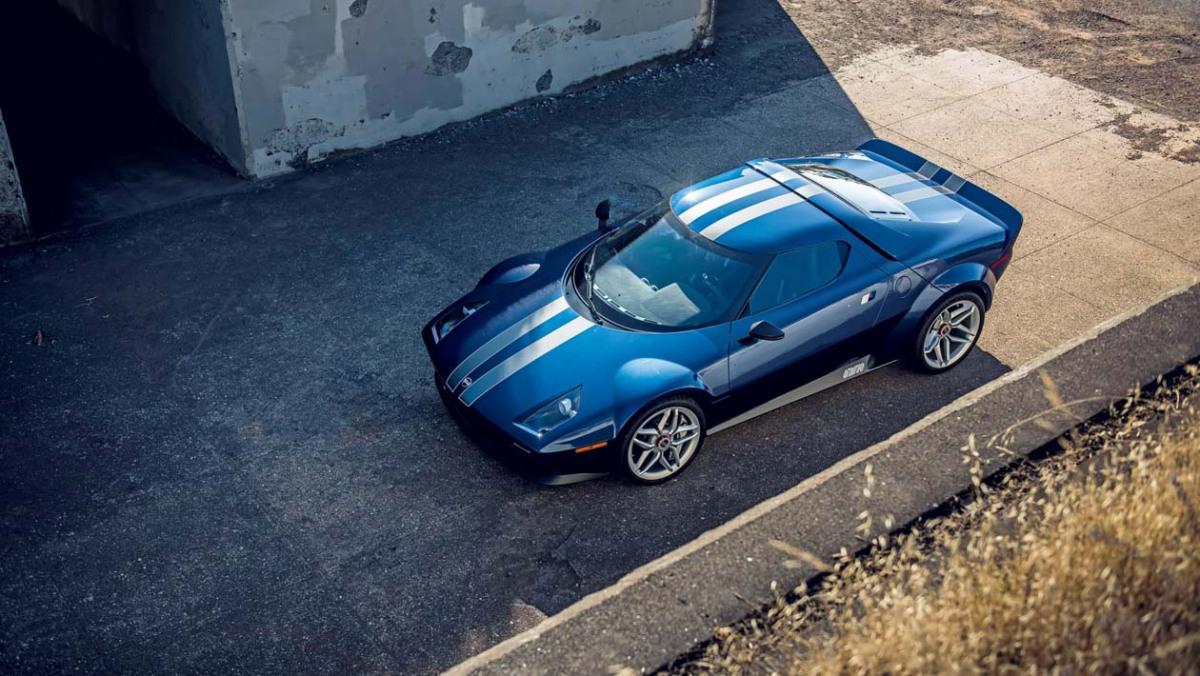 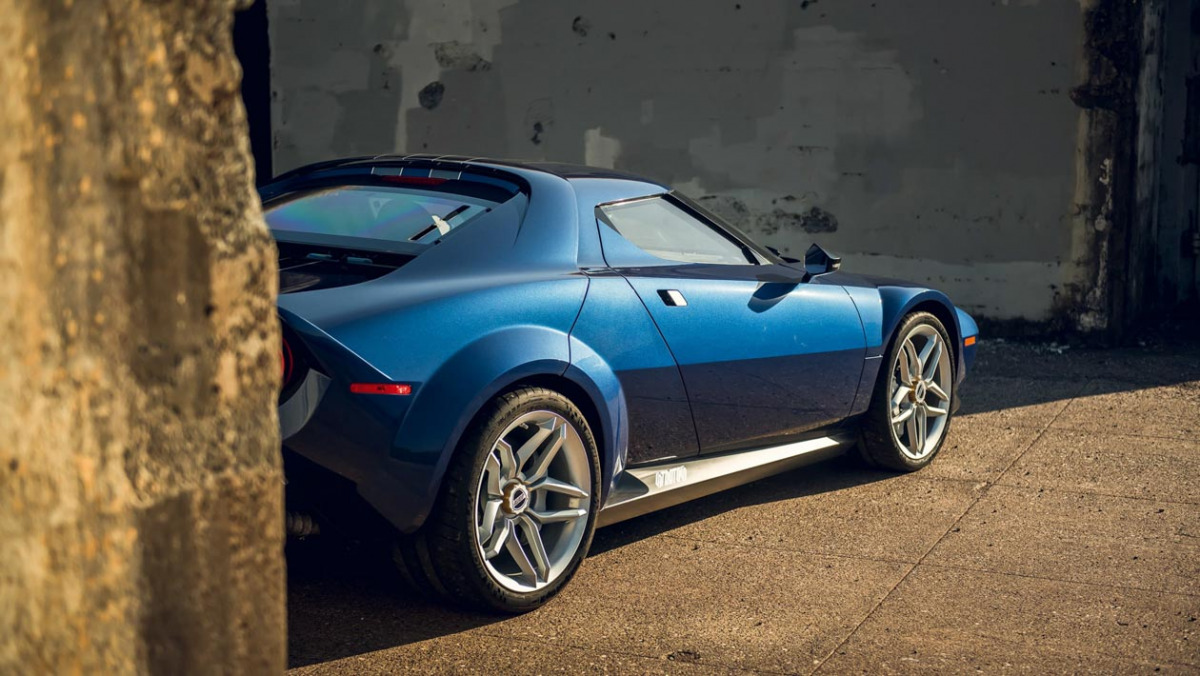 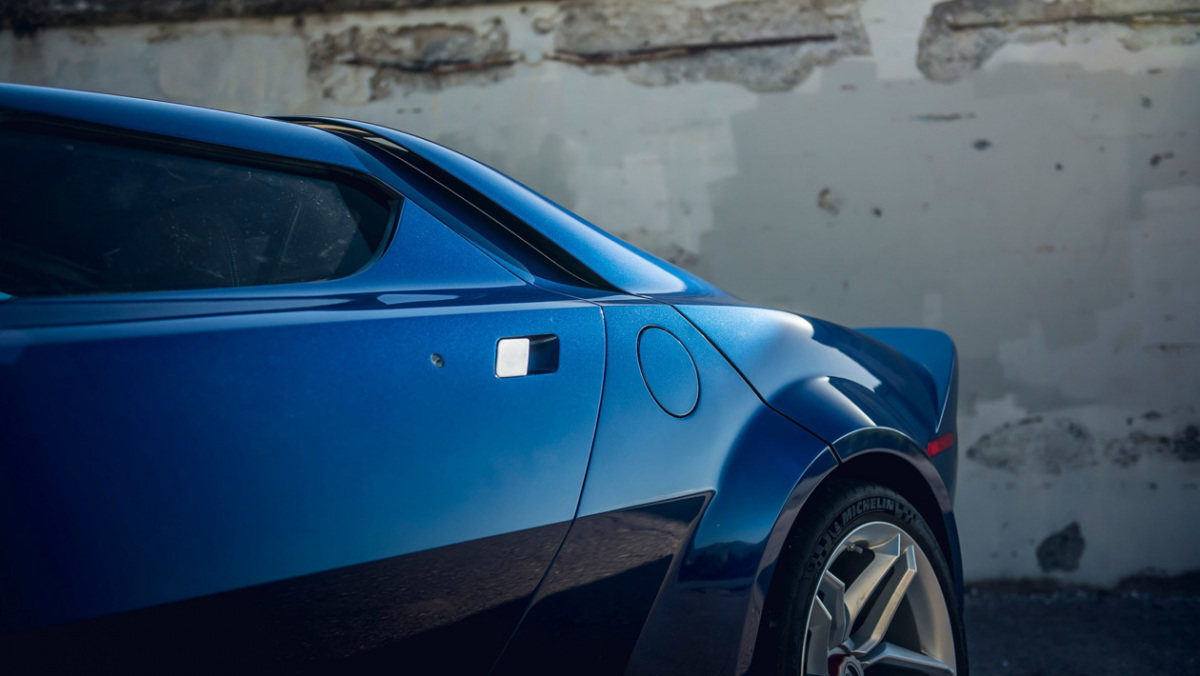 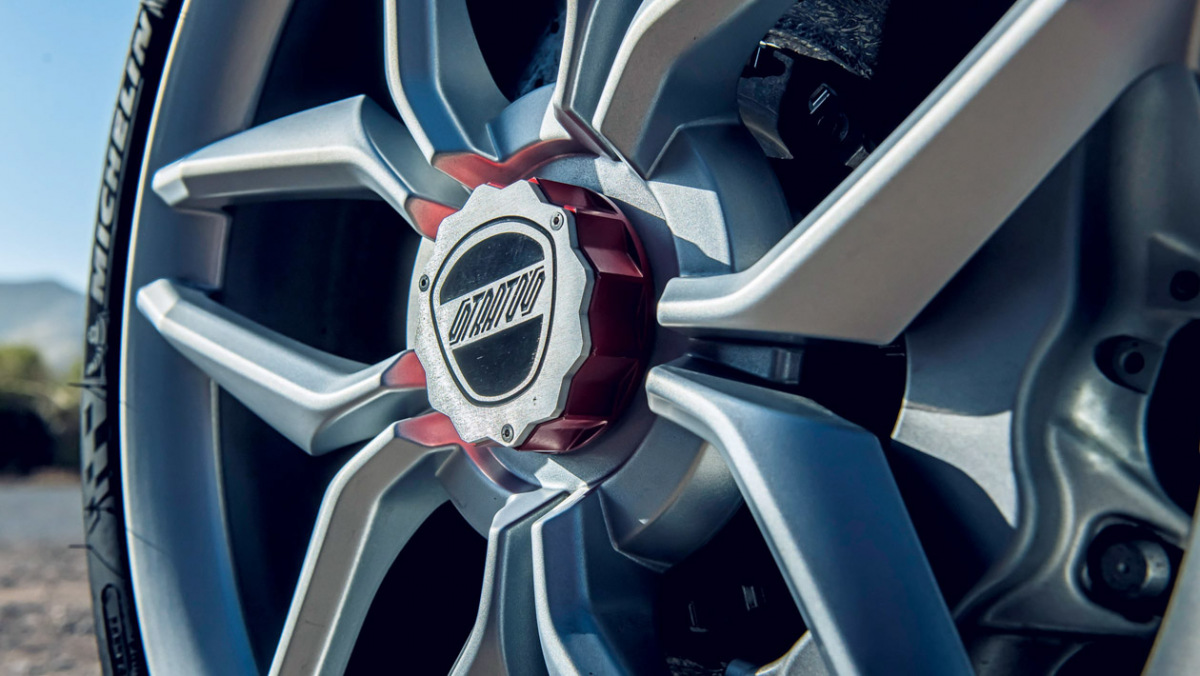 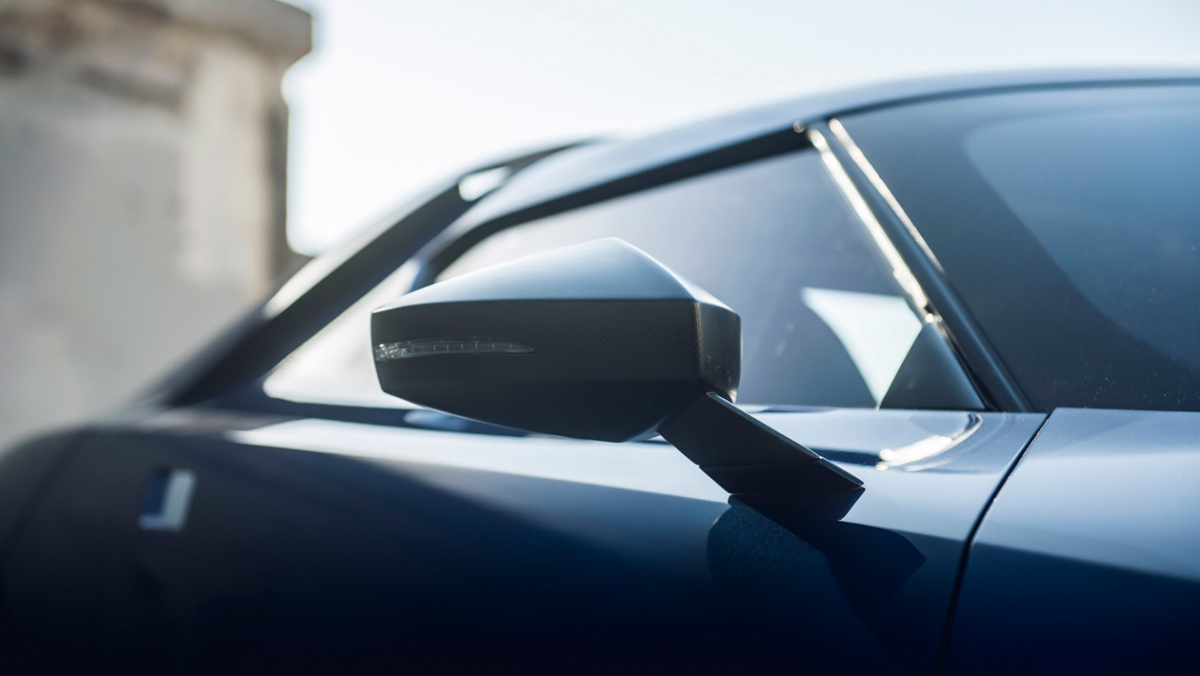 It’s hard to imagine a project that taps into the prevailing mood more perfectly than the new MAT Stratos. It at once conjures the spirit of an untouchable icon, remixes a supercar that exists in that sweet spot where analogue and digital worlds were merging to spectacular effect, and satiates the longing of the superwealthy to attach themselves to something bespoke.

Part unobtainable concept car, part Ferrari, bristling with evocative Italian coachbuilding tradition, and with an intriguing backstory full of twists and turns, this remarkable car has all the makings of an iconoclast and cult hero. Left field, but irresistible. Think Lancia Hyena or Alfa SZ, but with Ferrari blood running through its veins.

Luckily MAT can offer a manual gearbox conversion for an F1-afflicted donor car. MAT claims that the Stratos weighs 1247kg dry (that’s 11kg less than a Scuderia, or 102kg lighter than a regular F430) thanks to its reduced size and full carbonfibre body, and that its own engine management, in combination with a Larini titanium exhaust system, puts the flat-plane crank 4.3-litre V8’s output at 532bhp (29bhp more than a Scuderia).

The longer version of this story is worth addressing as it’s a fascinating tale and also gives the project plenty of credence. This is not a car thrown together by a group of ambitious but inexperienced chancers. Even if it begins with a shrewd decision by a teenager back in the 1990s and a student design project a decade or so later.

Our teenager is named Chris Hrabalek and his interest in the mid-engined rally hero was strong thanks to his father, an owner and collector of original Lancia Stratoses. Hrabalek discovered that Lancia had allowed its rights to the Stratos name to lapse and snapped up the trademark. Around ten years later, now a design student at the Royal College of Art, he decided his final project should be a Stratos for the 21st century. Usually a few sketches, some CAD data and maybe a scale model might be the end of the story, but Hrabalek showed incredible tenacity to realise his dream in full-sized, rolling form. At the Geneva motor show in 2005 the Fenomenon Stratos concept car was unveiled.

Unsurprisingly, it was a huge hit and the project gained real momentum. One of the ten Lancia Stratos owners who’d invested in the project, a German named Michael Stoschek, decided to press ahead and turn show car into road car, with plans to build a run of 25 examples. Based on a 430 Scuderia, re-engineered by Pininfarina’s special projects department, and subtly restyled in places, but still true to Hrabalek’s Fenomenon concept, the New Stratos was finally ready in 2010.

Media and social media reception was rapturous and Luca di Montezemolo drove the car at Fiorano and seemed extremely happy with the project. Shortly afterwards he killed it stone dead by refusing to supply the parts necessary to build further examples.

And yet here it is. An early customer car from a small production run of this reborn icon. Of course, the last F430s and 430 Scuderias long since rolled out of Fiorano, and even Ferrari can’t fully control what happens to cars from a decade or more ago. The project was revived when Paolo Garella, who’d headed up Pininfarina’s special projects department back when New Stratos was first developed, was looking for a new opportunity.

Garella had left Pininfarina to set up an operation to build Jim Glickenhaus’s SCG 003 road and race cars. However, with production recently relocated to Sleepy Hollow, New York, Garella returned to the promise of the Stratos. He approached Stoschek about reviving the production plans, formed MAT, and now they’re finally delivering on the 25 cars that were promised back in 2010.

God, the new Stratos looks good. Small, knee-high and wide, with sharp details and drama that doesn’t come from sheer scale or gaping aerodynamic negative space framed with evil-looking turning vanes. It’s simple. Aggressive. It plays with and accentuates the magic of the old Stratos, certainly, but even people who know nothing of the original get it. Not the way bystanders get an orange Lamborghini or a wildly specified Pagani; the Stratos is more subdued but has a sawn-off brutality that oozes intent.

I love that it seems as wide as it is long, that it can a-l-m-o-s-t but not quite slip past unnoticed, and that it looks useable and designed for real roads. The Stratos may be hand-built in Italy and have Ferrari bones and organs, but I can imagine it appealing to the same sort of customer as a Singer-modified 911. Or a GT3 Touring, perhaps.

The door feels feather-light as it swings open, the glasshouse pinching inwards severely as it meets the roofline, just as it did on the original. Huge door apertures designed for a helmet (also just like on the ’70s car) make access tricky and you drop low into a simple carbon-shelled seat. The rear bulkhead is so close and the V8 is right at your shoulder. It’s not claustrophobic, but you sense that the Stratos will be an intense and angry little car before the key turns in the ignition and you depress the ‘Start’ button. MAT cuts 201mm from the F430’s wheelbase and at 4181mm in total it’s not quite as long as, say, a Toyota GT86. In fact, it’s a whopping 338mm shorter than a new 911.

New Stratos might have money-no-object pedigree, but inside it’s extremely stripped-back, plain and, honestly, a little disappointing. I appreciate the bare floors, the carbon that shrink-wraps every surface, and the integral roll-cage. It’s consistent with the Stratos’s pure competition-car roots. But the steering wheel, heater controls and instruments lifted straight from the F430, and the rudimentary design of the binnacle, are disappointing. It feels dated, but without much charm or character, and the quality isn’t even close to being on the money. Let’s hope subsequent cars are way more lovingly made and, for now, focus on the driving experience.

That 4.3-litre V8 really is in the car with you. It starts with a trebly, thin-sounding howl, and the whole car shimmies and shakes to its fast idle. It’s a fizzing, thrashy noise rather than a cultured, deep-chested note, but there’s a restless energy that pervades every fibre of the Stratos, and subconsciously it seems to prime you for a busy, hyper-alert driving experience. One thing’s for sure, you don’t jump into the Stratos and immediately relax. It feels like you could reach out and touch all four wheels from the driver’s seat and yet this tiny buzz saw of a car conveys full-scale intimidation. Very Stratos.

The first few kilometres are oddly haunting. Like visiting a place you knew well many years ago that’s been transformed with new buildings and roads. Familiar, yet disorientating. The steering feels like an F430’s in weighting and feedback, but the car reacts so much more quickly. It’s like it’s lost 250kg of flab and gained a huge amount of rigidity. All the slack has been eradicated – who knew the F430 had that much slack to chase away? – and replaced by razor precision. However, what’s really appealing is that unlike some modern Ferraris, the dazzling agility feels inherent rather than conjured up by an artificially quick steering rack. That short wheelbase might present problems later, but here and now, I love it.

The neatest trick that the Stratos plays is to feel extremely nimble, light and stiff, without ever descending into nervy edginess. You can quickly make the car flow. Now, I don’t want to paint a picture of quiet fluidity, because it’s a raw and pretty extreme experience. New Bilstein dampers provide much more resistance to roll than a standard F430, the bare interior reverberates to the thwack of suspension impacts, tingles and echoes to the sounds of the highly strung V8, and the six-speed manual gearbox is physical and sometimes quite awkward. This particular car started life as a paddleshift F430, and whilst in theory the manual conversion is appealing, on this evidence the shift is not up there with an original factory effort just yet.

On sun-scorched and fire-damaged roads in California the awkward shift might be the only thing that doesn’t feel properly sorted, which is a testament to Pininfarina and latterly MAT’s engineering skills. OK, so I remain unconvinced by the general fit and finish of the interior, but the way the Stratos takes an F430 dynamic experience and makes it so much more aggressive and responsive, but avoids creating any snappiness or unpredictability, is very impressive. Start to sneak up on the very high limits of the Cup 2 tyres and the car does everything you want of it, just starting to push into understeer on turn-in and then remaining pretty neutral through the middle of a corner.

I’d love to tell you how the savagely sharp engine can then start to overwhelm the rear tyres and let you steer the Stratos from the rear like the old rally hero on its way to yet another victory. Sadly, the electronics aren’t fully operational and the manettino won’t switch between modes, nor let me disable the traction control. It’s a huge frustration and just another niggle on this car that radiates so much potential and nails the basics, but doesn’t appear to be 100 percent finished.

Yet for all the irksome little details, the Stratos does inevitably seduce. That V8 sounds harsh and tinny at low revs, but loves to rev, and it’s more than capable of throwing the Stratos along at a fearsome rate. There isn’t the any-gear, any-speed thump we’ve become so used to with everything from new 911s to Aston Martins, or indeed the Ferrari F8 Tributo, but the way you have to work for the performance is just another part of the Stratos’s demanding personality. It’s noisy and harsh at times, and it only truly makes sense when you’re fully engaged in getting the very best from it. And thank goodness for that. If it tried to take on the F8 on equal terms, the Stratos would simply be squashed. Instead it trades on extreme agility, iron-fisted body control, and a shrieking engine that’s linked directly into your neural pathways.

Can it possibly be worth the asking price? That’s a big one. In cold, objective terms the Stratos is outgunned and outmanoeuvred by cars available for hundreds of thousands less. A 992 has more grip and composure, a Vantage offers more easily accessible performance and less frenetic dynamics, and a McLaren 600LT has the same agility born of lightweight construction, but with even greater feedback and a broader operating window. And if you just want a great, normally aspirated engine, the R8 or Huracán Evo’s V10 is way more special. Logically the answer is a resounding and unequivocal ‘no way in the world’.

Yet that’s not quite how these things work. Just 25 Stratoses will be built by MAT, and for collectors bored with yet another limited-edition McLaren, or those who’ve exhausted the Ferrari Tailor Made materials, colours and wheel choices and don’t want the expense of a genuine one-off model along the lines of the P80/C, this car holds huge appeal. The link with the real Lancia Stratos may only be conceptual but, unexpectedly, the legacy of the original does seem to flow into the new car quite convincingly. Small, relatively light, sharp as a tack and unashamedly developed for roads rather than racetracks, the Stratos feels like a car built only for the committed. Count yourself amongst them.