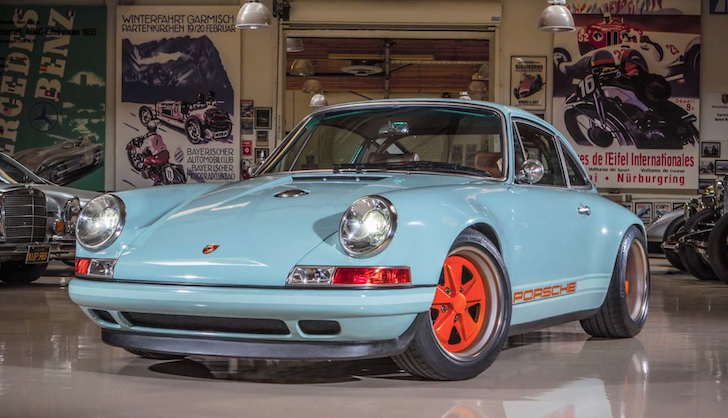 The reimagined Porsche from Singer Vehicle Design has been described as “the pervert’s 911“. You don’t even need to be a certified Porschephile to appreciate the meticulous labour of love – and well over 4000 hours of work – that goes in to crafting each of these creations by Rob Dickinson, Creative Director of Singer, and his team. The result is a Porsche geek-fest of perfection that reaches nerd level a million.

Jay Leno hooks up with Rob Dickinson – in his “ga-raj” – for a chat before taking this pervert’s 911 out for a run. If you live in Dubai, pay attention, as this particular Singer Porsche is wanging its way to a desert road near you.