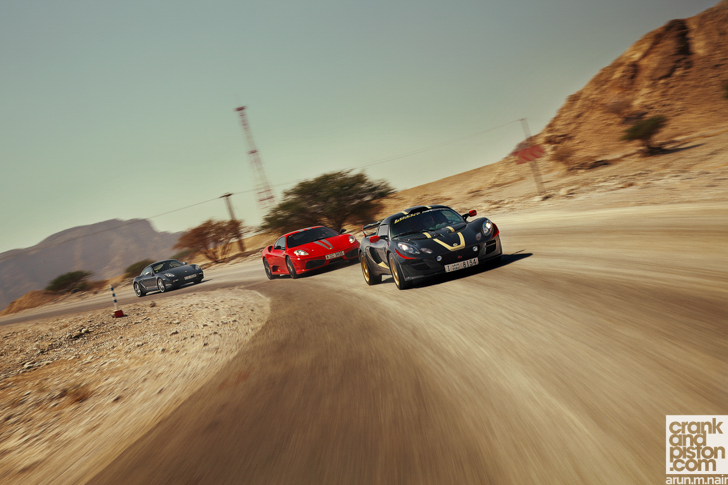 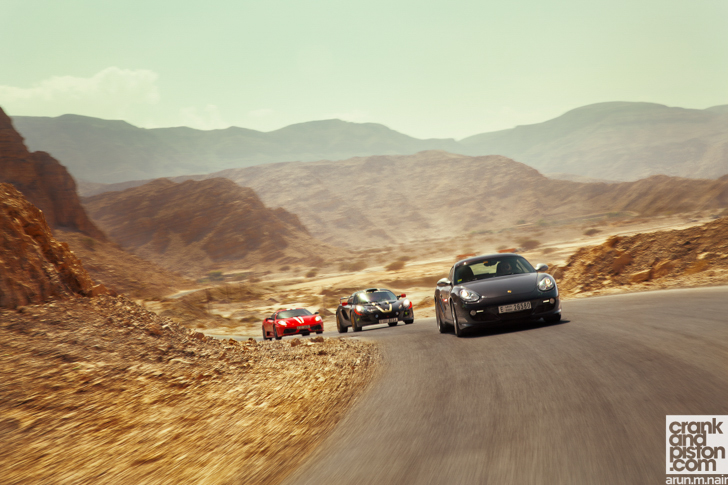 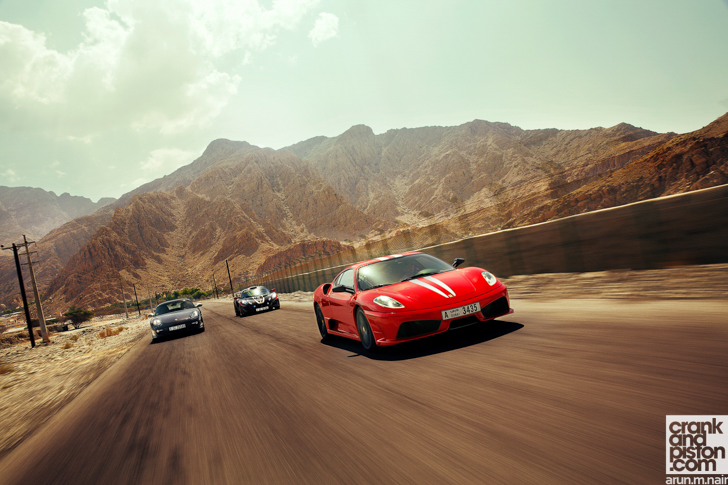 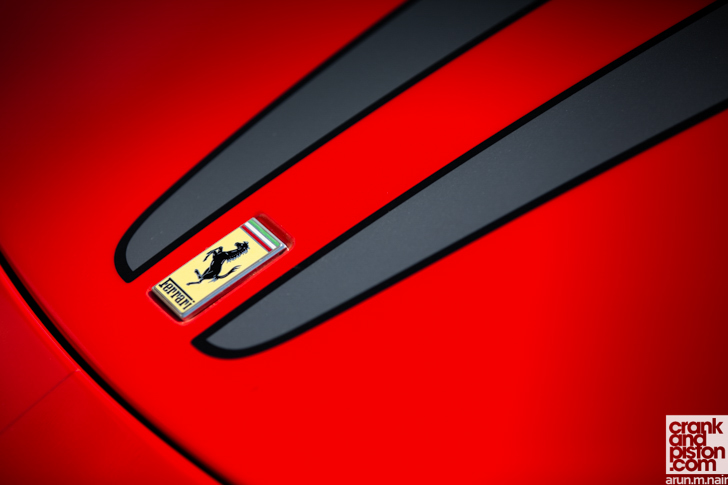 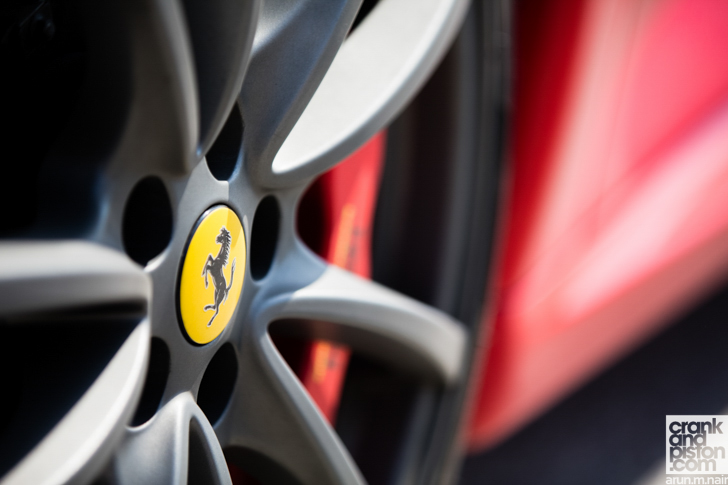 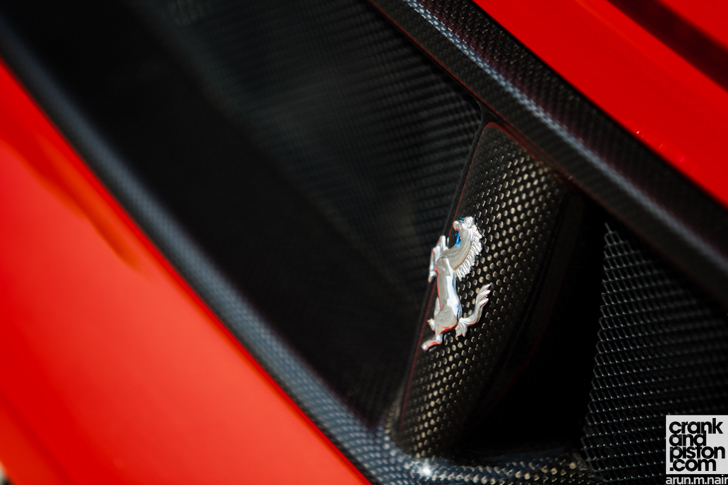 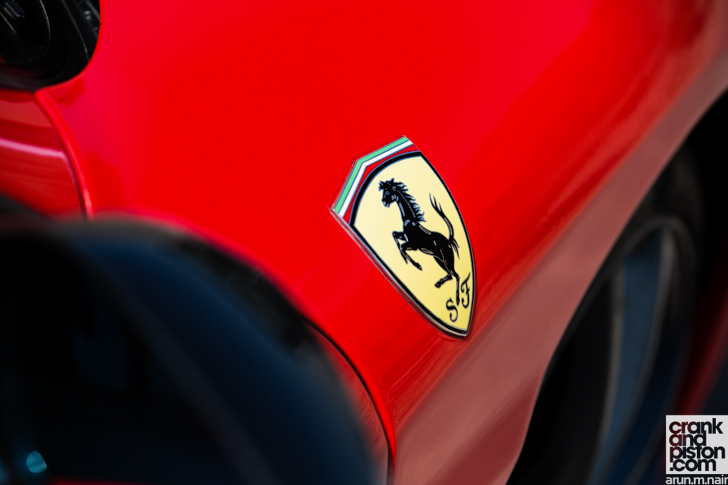 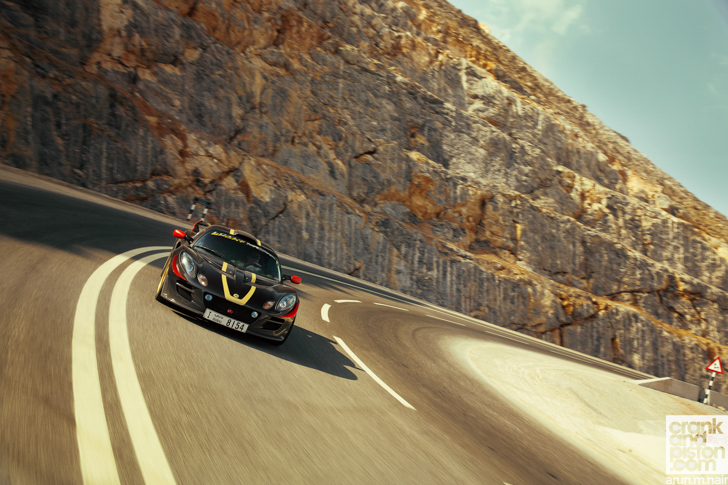 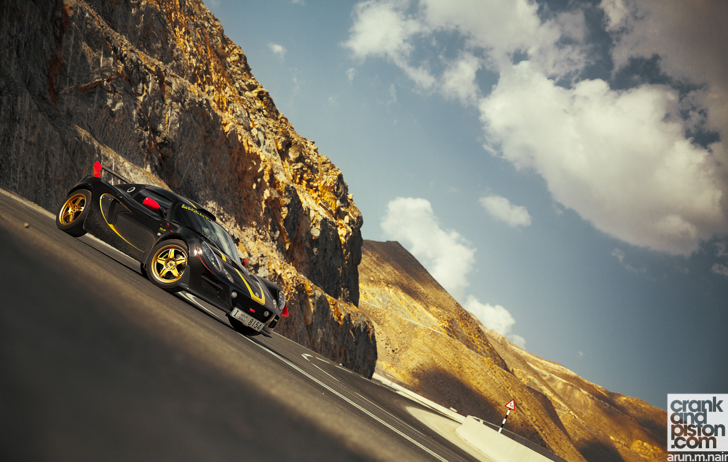 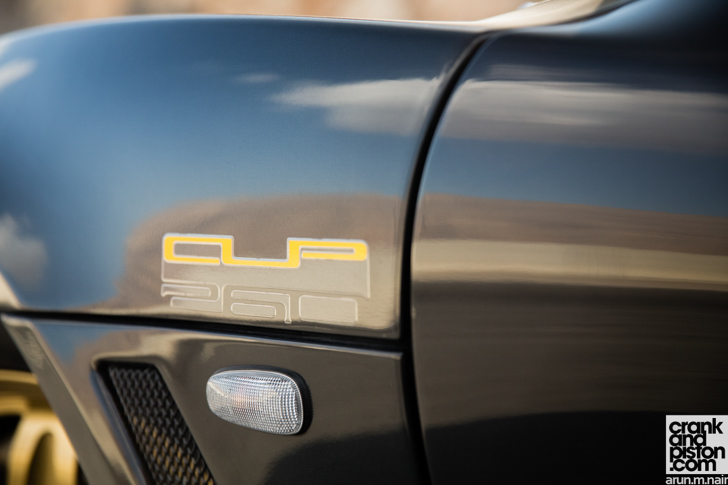 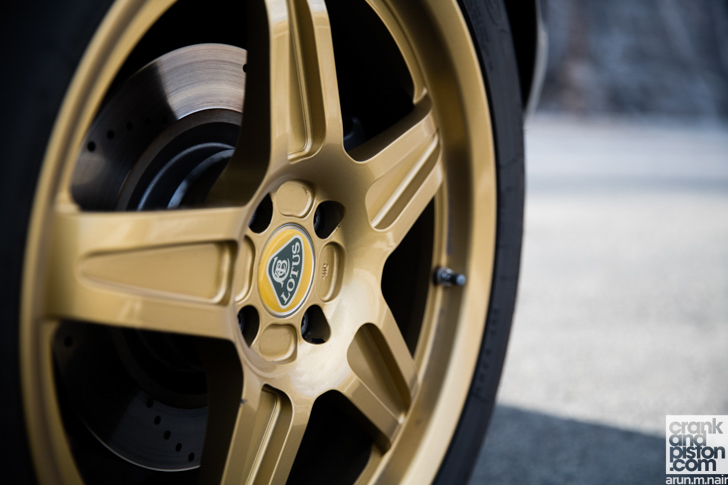 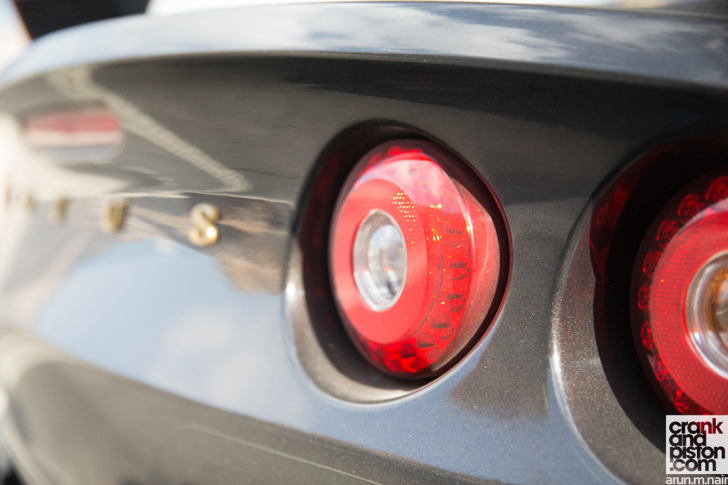 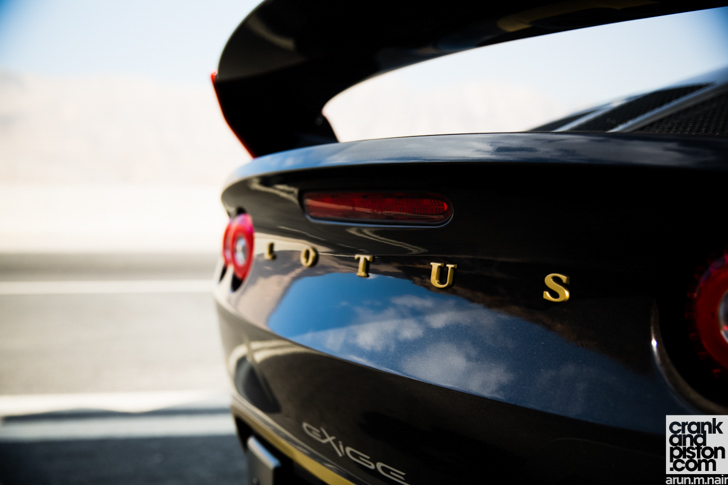 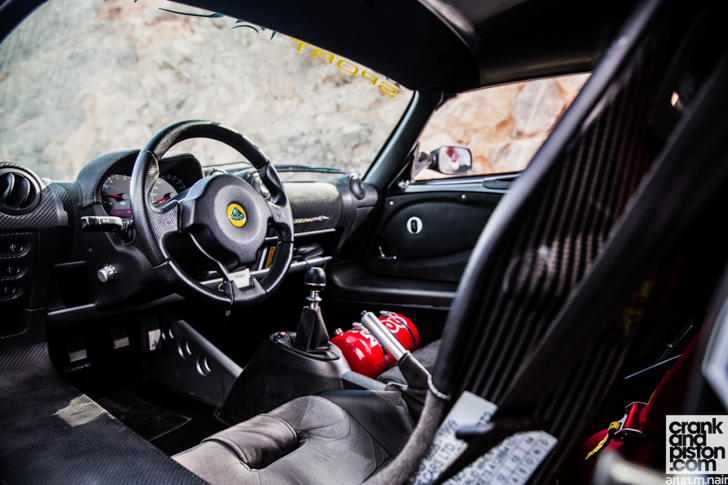 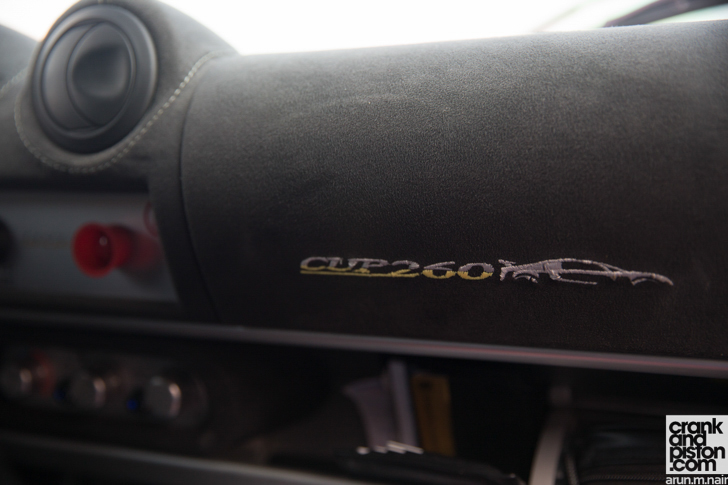 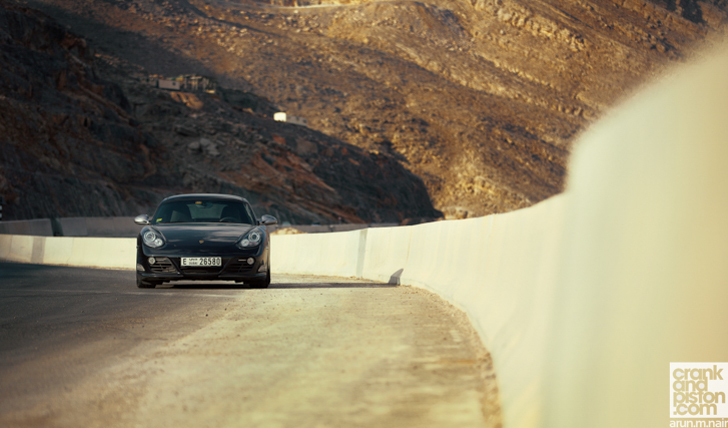 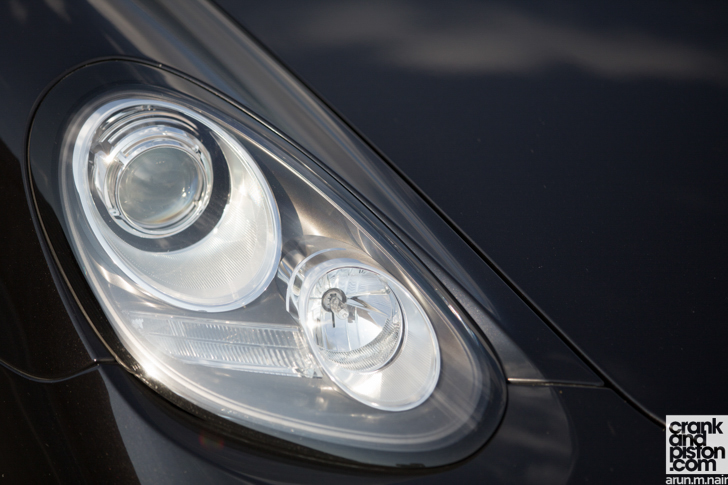 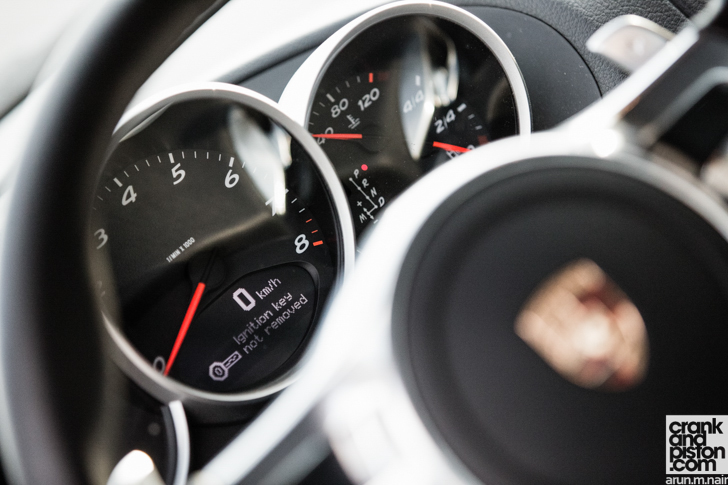 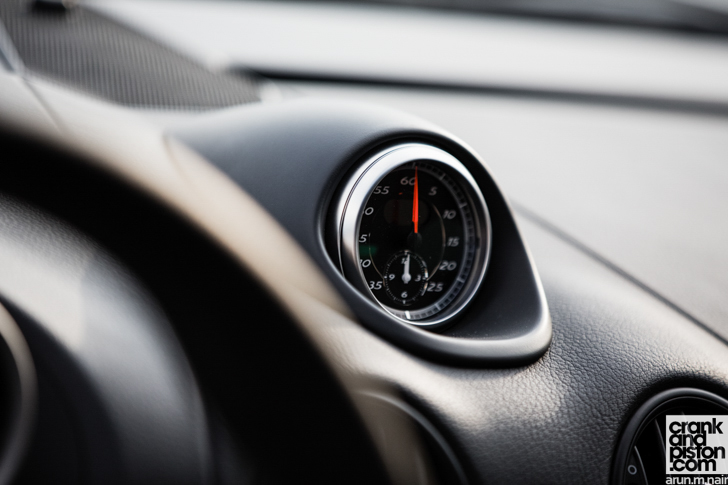 It’s a fair question from long-time crankandpiston.com contributor Osie Bhurgri. It has, after all, been a full four months since the team shot not only his Porsche Cayman R but also a Lotus Exige Cup 260 and a Ferrari F430 Scuderia on the Jebel Al Jais mountain road in Ras Al Khaimah.

There was more to this hiatus though than Old Lang Syne and good old-fashioned bone-idleness. Our three mid-engined track weapons between them pack a toupee-rippling 1120-plus horsepower. The shoot has taken an entire day and seen our quartet cover close to 400km. And, perhaps the most salient point, these are not manufacturer test models. Each is their respective owner’s pride and joy, requiring even more due diligence and care than normal, hence why I will be driving none of them. The finished feature – the ‘lost feature’ as it’s become known – needed to be a good one.

Rewind four months and you find our three contenders and the crankandpiston assortment – namely photographer Arun, videographer John and I – gnawing petrol station croissants and some revolting coffee outside the Meydan Hotel in Dubai. A smiling Osie is already regaling us with stories of his Cayman R, a 325hp impulse buy that has only been with him a few months. A Mercedes-Benz man for many years, he jumped aboard the HMS Stuttgart in 2013 when he spotted the R during his weekly window-shopping at Dubai’s Porsche Approved Cars.

“I originally had a deposit down on a Mercedes C63 AMG,” Osie explains, “but on the way home I saw this little Cayman R in the dealership. I knew immediately what it was, knew it was special, immediately put down another deposit, and two weeks later the car was mine. I wanted something that was unique, something that was quite powerful but something you don’t see a lot of though. An iconic model.” 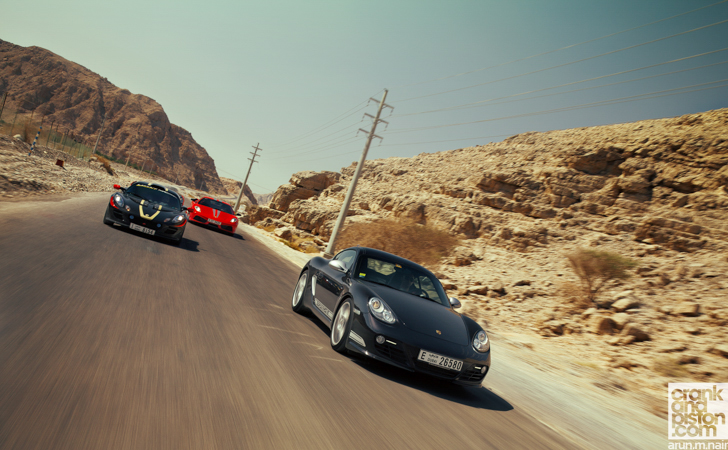 For Sean Cain however, his choice of daily runner has been set in stone since day one. His current collection of Lotus models is a dozen-strong, the Lotus Exige Cup 260 – now tuned to almost 290hp – taking pride of place.

“I’ve been into Lotus since I was about 12 years old, loved the heritage, and was part of the ‘underworld scene’ before the local dealer arrived in the Middle East,” Sean explains. “For this year – the 2010 – Lotus really went to town: on the subframe, they decided to take the galvanising off it to save 1kg. Most of the bodywork and most of the interior is carbon fibre, and won’t be repeated again. Even the latest Exige Cup hasn’t got all that. The previous owner decided to move on to Ferrari, so when it went on sale I jumped on it.”

So far Farhan Al Bastaki – the mystery ‘previous owner’ of Sean’s Exige – has been nodding along, interested but clearly mad keen to bring the conversation round to the gorgeous Scuderia he’s leaning agains: a stripped out, more powerful track-focused version of the Ferrari F430. It doesn’t take too long…

“My passion for Ferrari started as a young kid when I used to watch Magnum P.I,” he begins. “There’s so much history, so I knew I wanted a Ferrari. But I specifically wanted a driver’s car, and I went for the F430 rather than the 458 Italia because I wanted the pure driving pleasure. I read somewhere that ‘you know you have bought the wrong car when you don’t look back at it as you’re walking away’. I do that 10/20 times with this!”

Though it’s tempting to stand by and drool the day away, we have a mountain to conquer, and with anecdotes and coffees quickly destroyed, our convoy – led by the crankandpiston Audi Q5 – is soon underway under the scorching early morning sun. Straight into heavy city traffic. 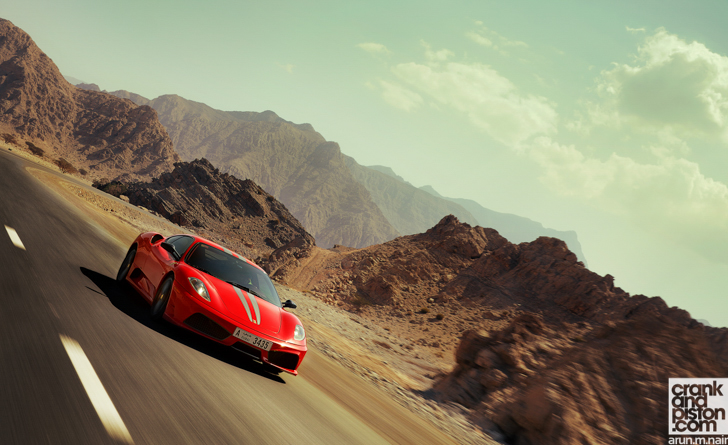 It’s not long before the multi-thousand dollar-heavy assortment is out of sight in my rear view mirror, Friday morning motorists weaving left and right to grab an iPhone picture or several. The Ferrari, equipped as it is with both an awesome scarlet paintjob and optional racing stripes, glides from lane-to-lane, traffic parting like the Red Sea to let Farhan through. The design is almost a decade old but the sleek bodywork looks as striking as ever, helped admittedly by those nifty Scuderia-spec gold alloys. Sean too in the snazzily painted Lotus is all smiles as the Exige pulls in attention from the surrounding populace, the iconic John Player Special bringing an added air of exclusivity to a prominent rear wing, jutting wing mirrors and those aggressively carved headlights. The Lotus’ giant-killing nature has already taken affect.

At the tail of the field, the Cayman R is having a little more trouble drawing attention to itself, the heritage-appropriate white Porsche monogram and the silver wing mirrors (or ‘elephant ears’ as Osie refers to them) not quite cutting the Dijon. Given the R’s more aggressive looks, with new slimline 19-inch wheels, a fixed rear spoiler and new front splitter, I had expected the newer, angrier Cayman, to turn more heads. In less illustrious company, there’s no doubt it would.

Having escaped bumps, scrapes and middle fingers in the city centre, we’re soon onto the Emirates back road, where the boys begin driving side-by-side on the three-lane highway to psyche each other out. It’s all in good fun though, owner pride coming to the fore but not at the expense of camaraderie. It even – somehow – makes the drive to Ras Al Khaimah that much shorter, and we’re soon piling into the last petrol station before we hit the mountain range. As tanks are brimmed, conversation again turns to the cars and their respective civility. Bizarrely, despite their track-tempered nature, each one proves a perfect daily runner. 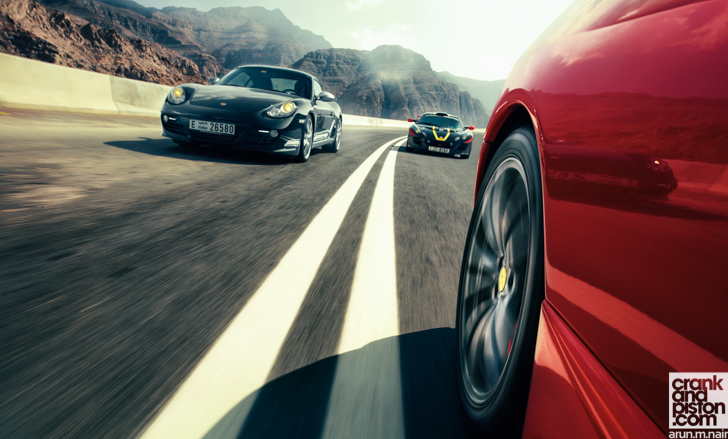 “Porsche has ripped out some sound-deadening, so it doesn’t have door cards or pockets, and it has the lightest wheels fitted to any production Porsche,” Osie explains. “But on the way here I was sitting in perfect comfort, with air-conditioning, radio, a touchscreen satnav, and a cup of coffee in the cupholder. The R has that Jekyll and Hyde personality. Maybe the badge isn’t right. Maybe it should have been called Cayman GTS.”

“I think it’s a state of mind really,” Sean jumps in. “The Exige is actually very liveable: I drop my kids to school in it. I think the only thing in this part of the world that really goes against it is the extreme summer, where the air-conditioning can just about cope. Apart from that, it just works. Even the ride. You’d expect it to be rock hard, and it’s not.”

“It’s a bit like the Ferrari,” Farhan counters, “The Scuderia is very raw, so there’s no carpet and no sound insulation for better weight reduction. But it’s still very comfortable. I use it everyday. Actually this particular car has a sound system, but I don’t listen to it at all. I want to hear the engine for the pure joy.”

Of course by now, terms like ‘practicality’ and ‘ride comfort’ are no longer a factor. The chaps, having destroyed a couple of Red Bull cans, Evian water bottles and Kitkats are keen to show what his everyday track weapon can do on the climb. It’s time to roll out, once we’ve dispersed the crowd that has gathered anyway.