The new Maserati MC20 has been worth the wait. This is a brilliant supercar, both to drive and to look at, with a distinct personality all its own. 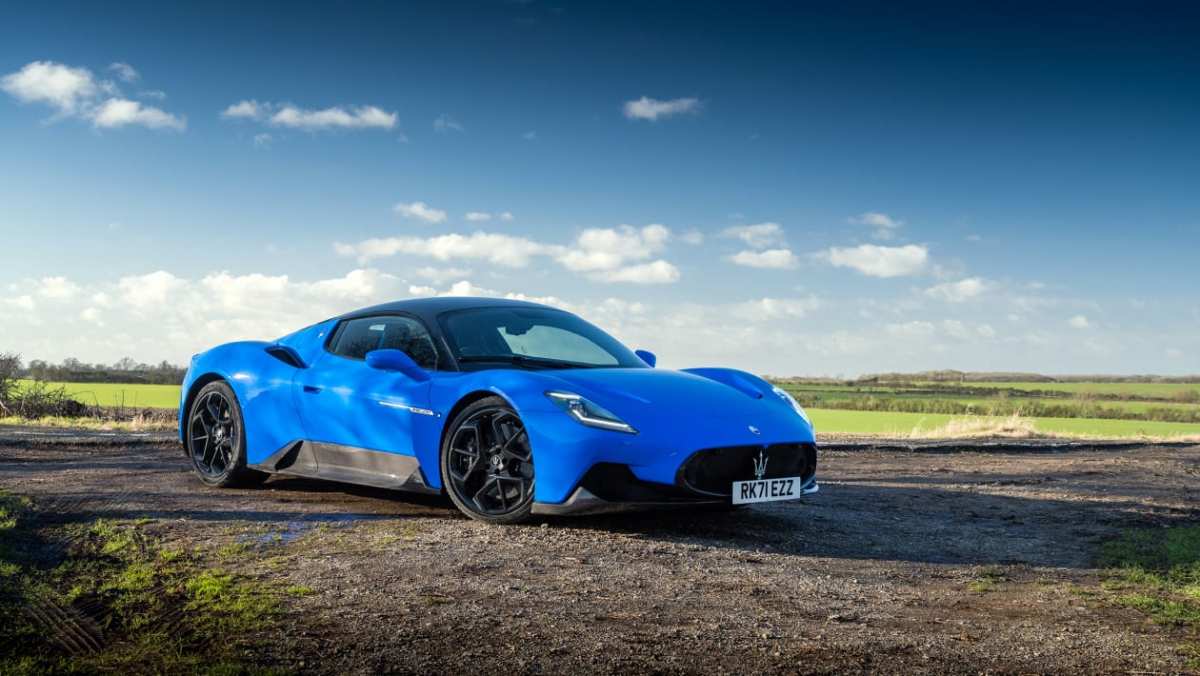 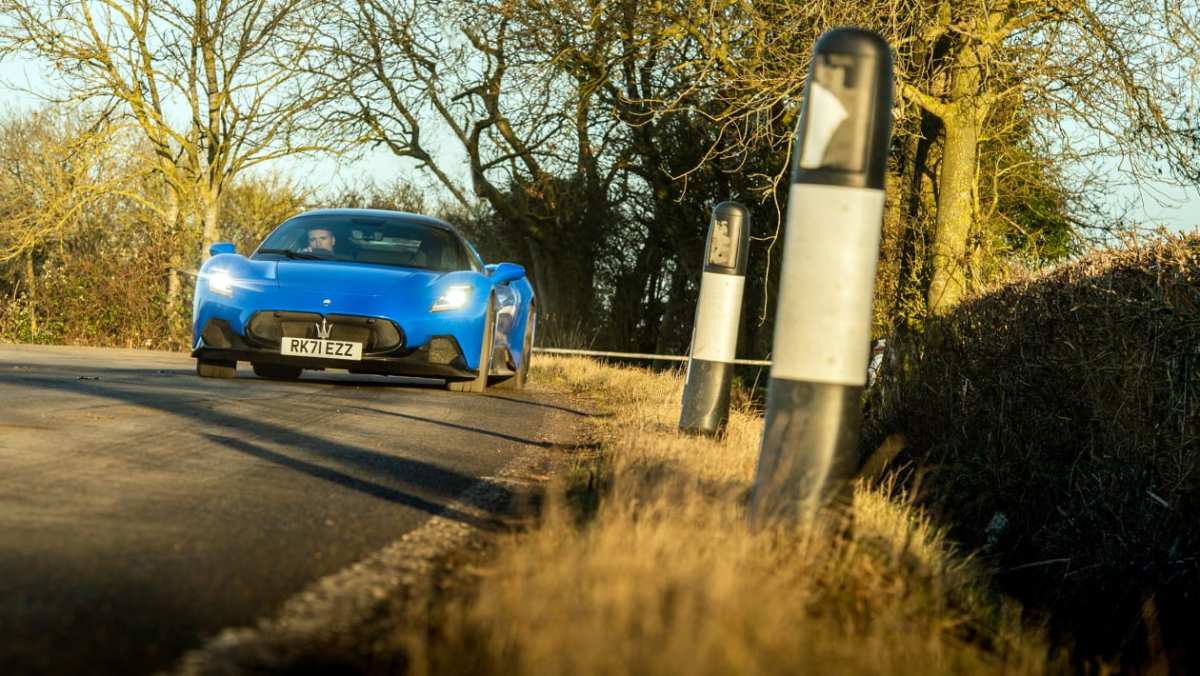 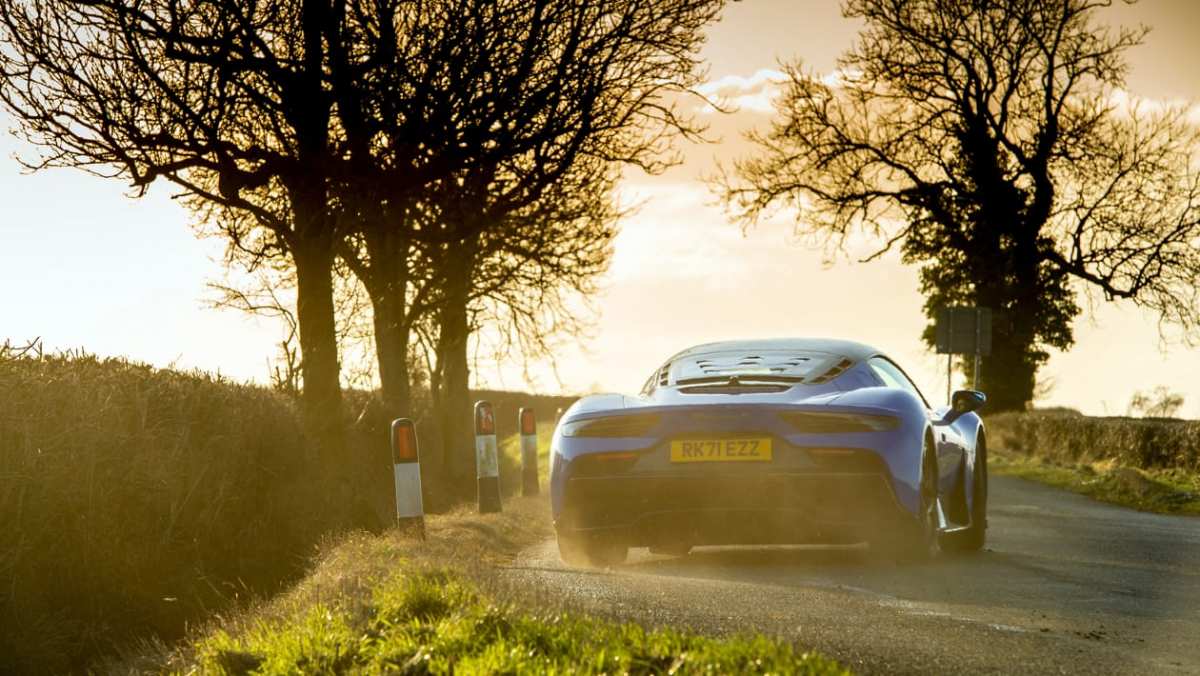 It’s not everyday you get to drive an all-new Maserati supercar, and that’s just part of the mystique that surrounds this famous Italian brand in general, which remains achingly desirable despite its fallow periods over the years. With the MC20, Maserati is descending straight into one of the most competitive of performance car classes, stacked with formidable opponents such as the Honda NSX, Audi R8, Ferrari F8 Tributo and Porsche 911 Turbo, not to mention new arrivals on their way such as the McLaren Artura and Ferrari 296 GTB. Has Maserati done enough to compete head on with those rivals and, at the same time, mark out its own territory?

At first glance the MC20 is thoroughly modern yet nevertheless conventional – the latter perhaps an unfair term to describe a supercar with a full carbon tub and a hugely powerful twin-turbo V6, but these are the ingredients we’ve come to hope for, if not quite expect, in a mid-engined supercar in 2022 – even if many persist with a more conventional aluminium construction. The MC20 is a two-seat, relatively practical machine, with aerodynamics largely generated underneath the car, double wishbone suspension and adaptive damping all-round, and an eight-speed twin-clutch gearbox. Maserati quotes the weight figure as ‘under 1,500kg’, so it’s light-ish, if not spectacularly so.

Look more closely though and you’ll notice that the styling is more conservative than many, arguably classier, and to these eyes, very seductive when seen in person. The interior is correspondingly simple, without any ostentatious gimmicks, and while the V6 can’t compete with hybrid-boosted rivals for ultimate power, at 626bhp from its 3-litre capacity on ICE credentials alone it’s pumping out over 200bhp per litre, backed up by 538lb ft of torque.

This new 90-degree V6, created in Modena for the MC20 and christened ‘Nettuno’, uses a patented dual combustion chamber per cylinder tech of the type used in F1. A smaller ‘pre-chamber’ aides a more efficient burn in the main combustion chamber, allowing that heady power output from a relatively small displacement engine but with respectable fuel consumption. It’s clear that Maserati is both proud of productionising the technology and of having its own engine in the car after years of using essentially Ferrari engines.

Once you’ve drunk in the MC20’s shapely form, getting in involves raising the long door out and up (it’s worth making a mental note to be careful in parking spaces and next to petrol pumps). The driving position is spot on, at least for me at any rate, and the view out suitably supercar exotic. Visibility rearwards is very marginal, but it doesn’t matter because there is a rear view camera’s output integrated into the mirror, and it works surprisingly well. The overall impression is of a simple but nicely finished interior, the large, centrally-mounted driver mode switch the most obviously flamboyant element.

Any notion that the MC20 is going to be as smoothly rounded as a pebble on a beach are shattered when the V6 fires into life. It’s not a typically anodyne V6 burr, but deep chested, snarly and only just on the right side of raucous. Initially, that seems at odds with the rest of the car, because the MC20 is outstandingly comfortable and refined. The ride quality in the default ‘GT’ mode is very good at isolating the occupants from the worst of British roads, and the V6 soon settles down into little more than a distant rumble as the box flicks seamlessly up the gears. The steering is light, but you soon learn to trust in its accuracy, and reflect instead on what an appealing way this Maserati would be to travel long distances in.

It’s this demure personality that makes the MC20’s other, angrier side all the more shocking. In Sport or Corsa modes the V6 finds that thunderous voice again and punches really hard in the mid-range, piling on speed effortlessly; it’s one of those cars where a glance at the speedo always reveals a number greater than you might be expecting. The driver mode wheel has a ‘damper’ button in the middle of it, which allows you to knock the firmness of the suspension back a notch from the mode you’re in (so from Sport to GT; Corsa to Sport etc), so you can have the angriest powertrain mode but damping that still copes admirably with a British b-road. We tested the car on winter tyres, which undoubtedly removed the car’s ultimate edge and introduced a bit of ‘squidge’ to the car’s responses, but the overall impression is of a very controllable car that blends a remarkable friendliness with its outrageous performance.

Corsa peels back some of the electronic traction and stability systems, while you can turn and hold the wheel again to turn everything off. As long as you’re prepared for the V6’s sudden burst of torque that loosens the rear wheels in an instant, it’s relatively easy to find yourself playing with the throttle, teasing the MC20 into small slides and generally behaving in a way you’d never imagine in a near-$250,000 supercar. Even the brake pedal feel is impressive, with a solid, weighty bite point near the top of the pedal’s travel that makes it especially easy to judge small braking inputs. Overall, and quite unexpectedly, there are definite parallels between this car and how our evo favourite, the Alpine A110 drives. Bigger, heavier, less lithe, yes, but parallels all the same.

After a fair amount of seat time the beauty of the MC20 offering is clear. Here is a more elegant sort of Italian, mid-engined supercar, that melds genuine GT ability with all the outright performance you might hope for, yet in a particularly usable, friendly and involving way. It’s quite a unique sort of concept, perhaps not readily apparent on paper, but one that really gets under your skin once you’ve experienced it.

Maserati clearly has confidence in their new charger because the MC20 is certainly priced with the big boys, retailing in the region at $240,310, but as is the norm our car’s list figure was significantly inflated by options to over a cool quarter of a million pounds. Punchy yes, particularly against what the forthcoming Ferrari 296 GTB – and its 818bhp – appears to offer, but crucially, there really isn’t anything quite like a Maserati MC20, and it’s an immensely likeable and desirable car. We’ve had to wait a long time for a car of this ilk from The Trident, but it certainly doesn’t disappoint. 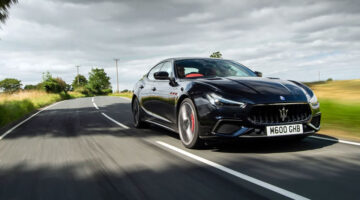 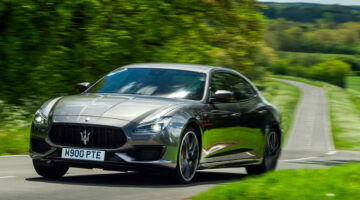