The most enjoyable and rewarding M car to drive for quite some time. Potentially, a future classic. 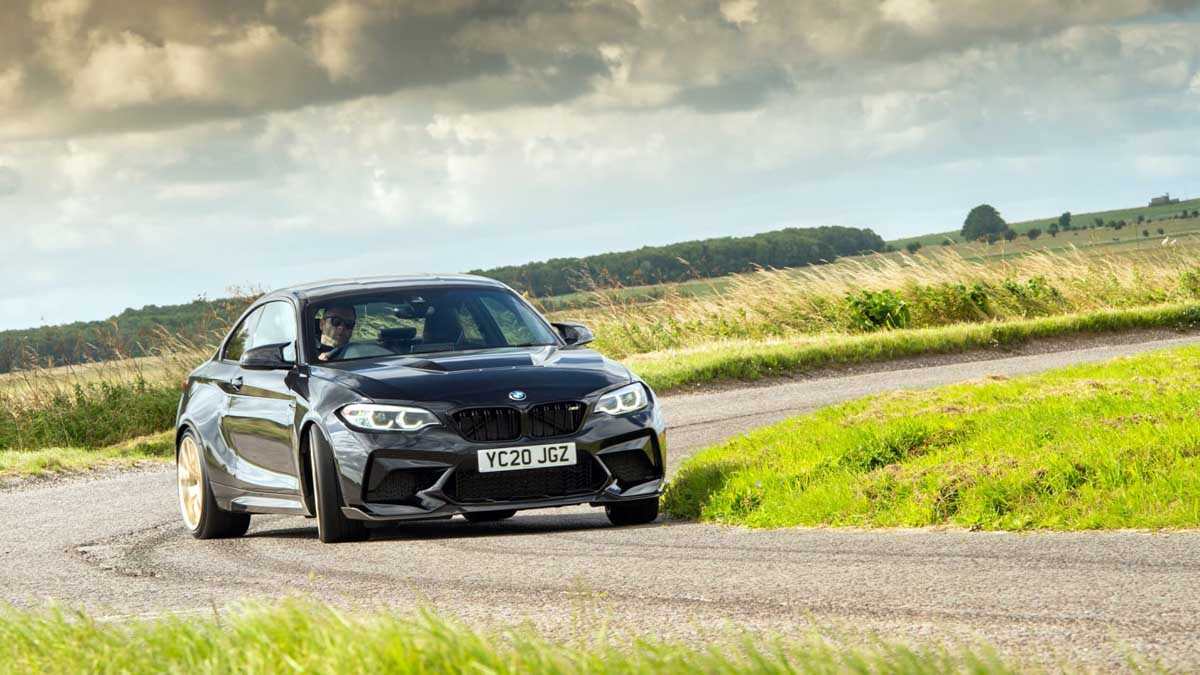 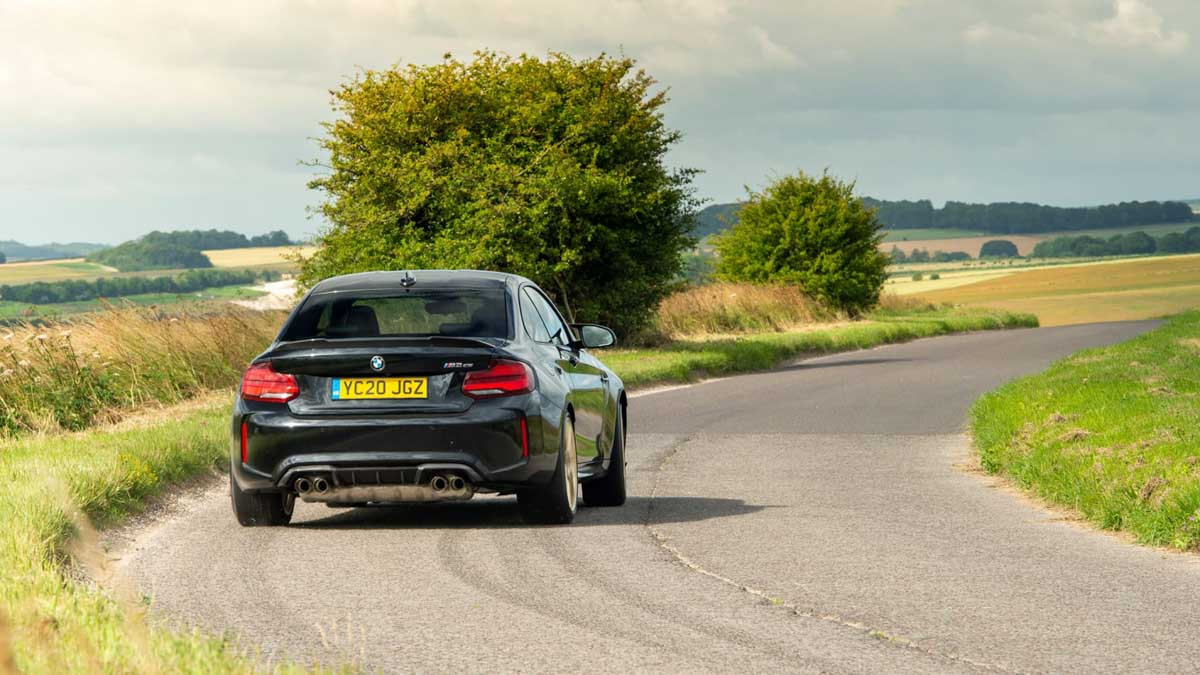 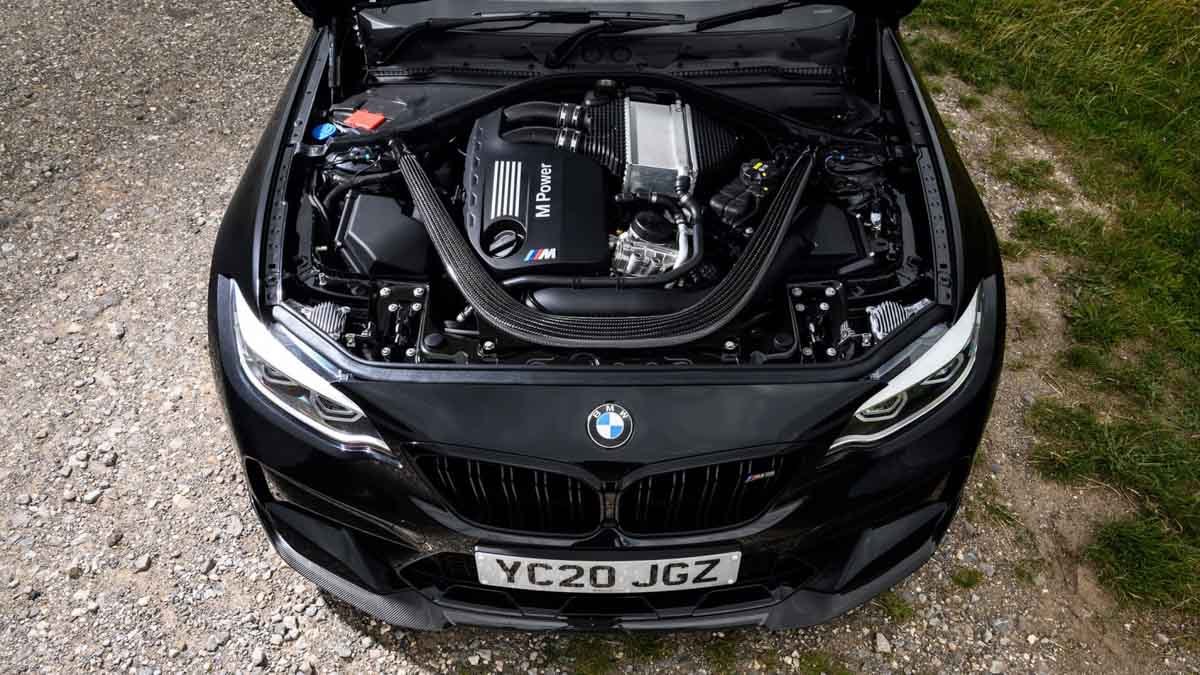 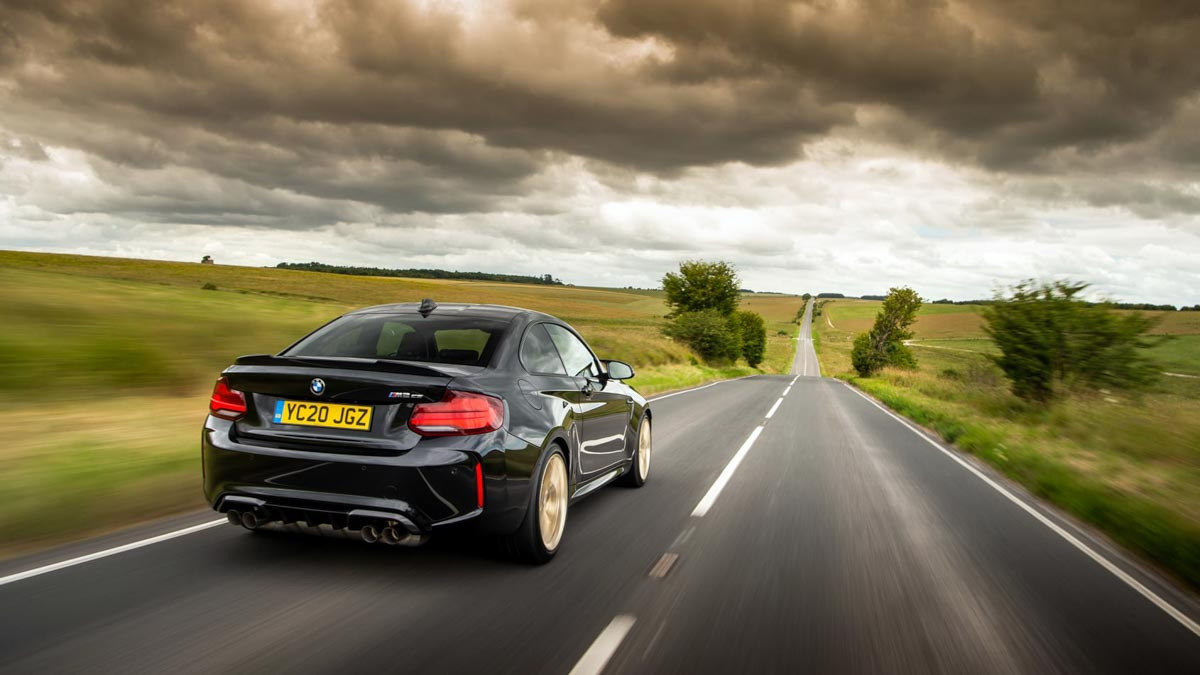 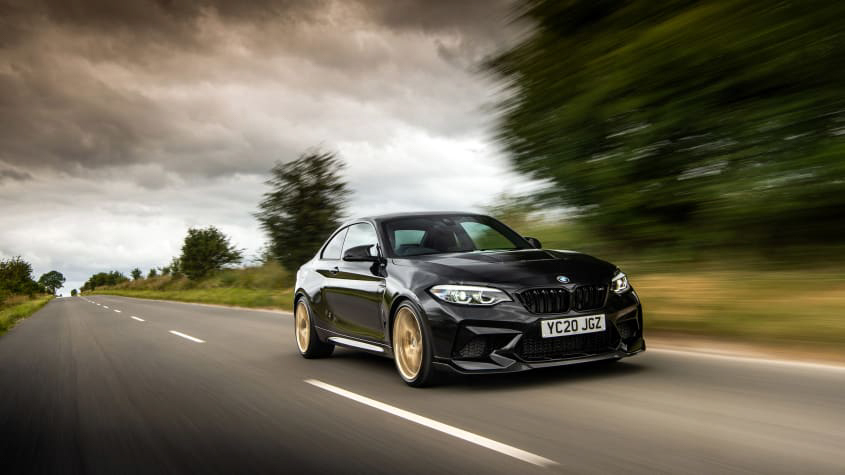 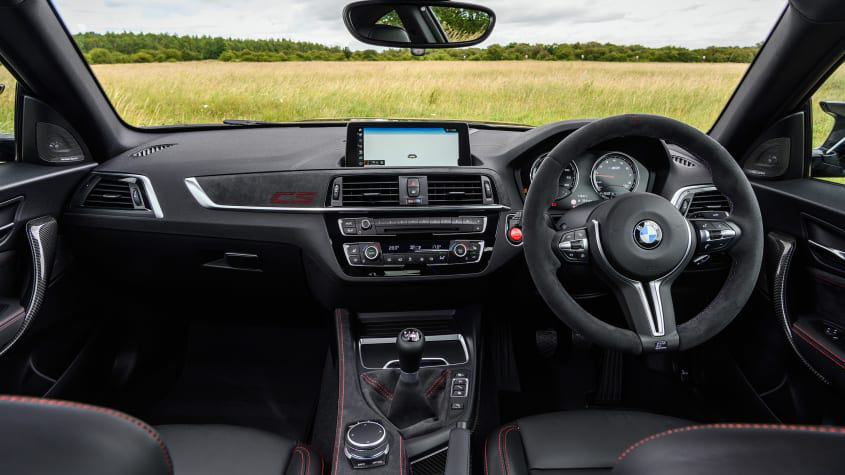 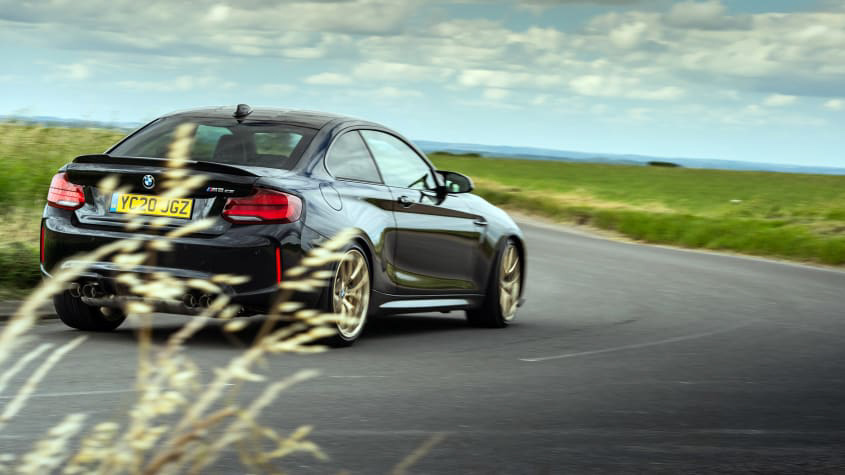 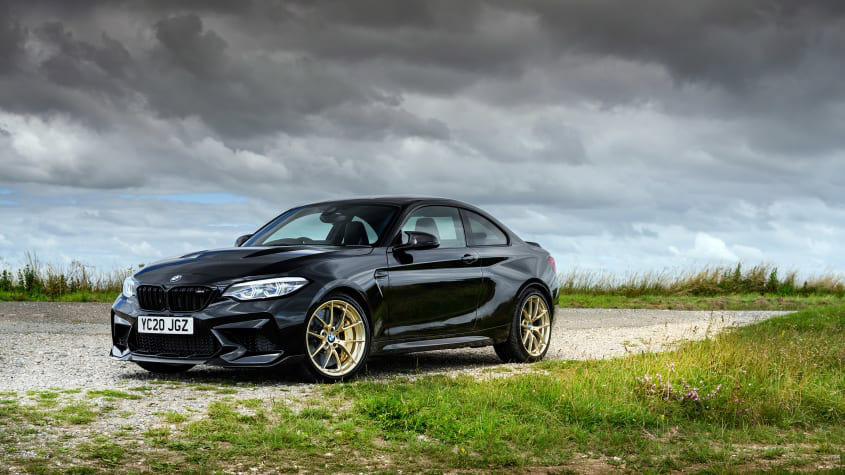 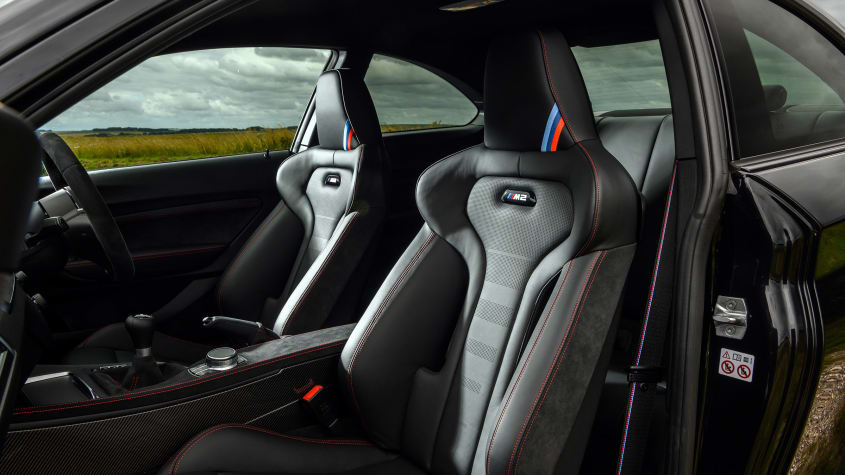 The M2 has steadily wormed its way into our affections on evo. The original, powered by a tuned version of the N55 straight six, was a good car, a desirable car, but one that lacked the polish of the best creations from the M stable, particularly in the dynamics department. That all changed with the arrival of the M2 Competition in 2018, which dropped the full-house S55 engine from the M3/M4 under the bonnet, albeit detuned to 404bhp, along with various chassis upgrades.

Suddenly the little muscle-bound M car had the guts to go with its unquestionably butch looks. Can the CS, building upon the Competition’s recipe, maximise that potential – and justify its strong pricing at the same time?

A remap and a new exhaust and we’re back to M3/M4 Competition spec for the S55, which means a rousing 444bhp. Yes, there have been slightly more powerful versions of this motor (M4/M3 CS and M4 GTS, in fact), but that number still feels like a lot in a small car, albeit not an especially light one; at 1,550kg, it’s only a hefty lunch lighter than an M4.

The usual two gearbox choices are available for the CS: a six-speed manual (buy it) and a seven-speed M-DCT twin clutch box (buy the six-speed manual), the manual car enjoying a slight weight advantage.

Having said that, it’s no surprise that the DCT car is quicker off the line, reaching 100kph from rest in just 4.0 seconds, two tenths quicker than the manual-equipped car. Top speed for both variants is 280kph.

The CS treatment for the M2 consists of much more than just a bit more power. The car is no lighter than the Competition due to its increased technical content (adaptive damping, for example), but helping to offset that is a carbon fibre bonnet and roof, the former featuring a large vent to assist engine cooling and to reduce aerodynamic pressure at the front of the car. Carbon is also used for the rear diffuser, wing mirrors, the front splitter and a ducktail-style rear spoiler, all of which give the CS even more visual aggression. It’s the kind of car once seen you can’t stop looking at; a car you can never not look back at having parked up and walked away.

The CS gains BMW’s adaptive damping setup offering three modes: Comfort, Sport and Sport+. This is accompanied by three modes for the engine and the steering, plus a halfway house M mode for the stability control, as well as everything ‘off’. Talking of which, the active M rear diff has been tweaked, along with the suspension geometry in general, while there are larger brakes plus the option of carbon-ceramic discs (not cheap at $8010).

Thankfully, a driver’s preferred setups can be saved to M1 and M2 settings that are accessed on the steering wheel, meaning you don’t constantly have to fiddle with the individual parameters. The CS driver sits on M sports seats, within a cabin that pays at least some homage to lightweight specials, with a simplified centre console made from carbon fibre and lightweight door cards. Plus you still have the practicality of the rear seats.

Let’s get a couple of moans out the way first, shall we? We’ve no idea why BMW M persists with its huge and thick-rimmed steering wheels, but they immediately make the car feel more cumbersome and dampen feedback through the steering. Also, $103,990 as tested is, undeniably, an awful lot of money for a 2-series.

Right, with that out of the way it’s time to fire up the S55, the straight six booming into life and settling to a thick, warm idle. Its peak torque – all 406lb ft of it – is developed from as low as 2,350rpm, but even below 2,000rpm there’s still plenty of urge on tap, and with it the CS absolutely flies. Even better, with the engine now able to deliver its best at higher rpm the revs positively soar up to 7,000rpm with a real flourish. It may be turbocharged, and therefore without the fabulous induction roar characteristic of M engines in the past, but there’s so much to like about this powerplant, especially when dropped into this car.

Despite running on sticky Michelin Pilot Sport Cup 2 tyres, the CS is a very fluid car to drive. Get aggressive with the throttle and it’ll break traction at the rear with virtually no other form of provocation, and with the stability system removed it’s down to the sensitivity of your right foot to keep things under control. The joy of the CS – unlike an M4 – is that it’s entirely on your side, its smaller dimensions and friendlier chassis balance making even third gear oversteer seem strangely natural – in the dry, at least.

The benefit of the manual is, obviously, the added sense of engagement you get with the M2 CS. It’s so rewarding to hook a higher gear and let the S55 pull from low revs, or just stroke the car along using every other gear; there’s so much torque that the lovely perception of little car/big engine, however much the figures may suggest otherwise, is so appealingly strong. The shift itself can be a notchy if you try and rush it, but is pleasingly mechanical otherwise, while the ceramic brakes don’t quite have the feel of similar systems from Porsche, but certainly pull the CS up smartish. And once you’ve got past the dampening effects of that oversized wheel, it’s clear that the CS does have a line of dialogue with the driver, there being a greater sense of connection and accuracy away from the straightahead. It’s a car that quickly becomes instinctive to drive; it even rides fairly comfortably too with the dampers set to their comfort setting.

The obvious rival at this price point is Porsche’s Cayman GT4. The Porsche is a better driver’s car in the sense of the purity of its major controls, and also has that wonderful naturally aspirated 4-litre engine, but there’s no denying the desirability of the M2 CS, or the sheer entertainment factor from its expressive throttle-dominated dynamics.