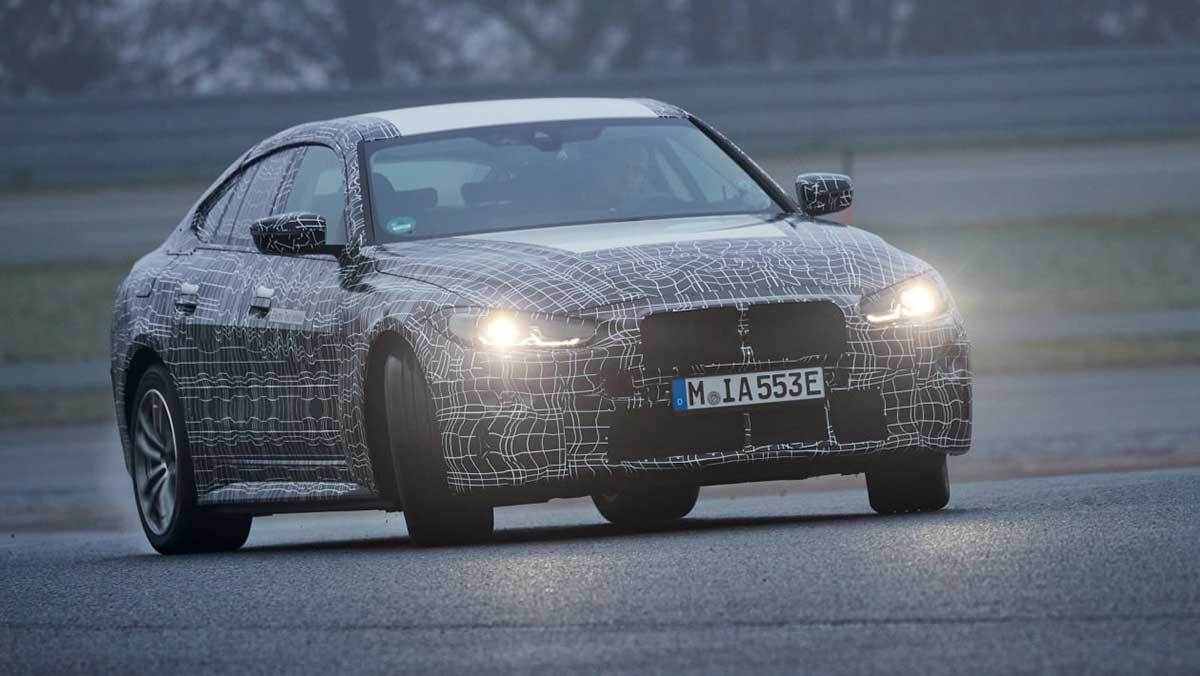 Following the reveal of the i4 Concept early last year, BMW has revealed new details about the production variant ahead of its debut later this year. The all-electric model will go up against rivals like the Tesla’s Model 3 and Polestar 2 when it hits the market, sharing its platform and body with the next 4-series Gran Coupe.

Though the final design is still under wraps, the i4 Concept of last year has already given us a good idea of what to expect when the production model arrives. Despite its concept car billing, the i4’s body-in-white looks to be near-production, with only elements like the lighting, glass and mirrors specific to the concept.

BMW has confirmed that the production car will match the concept’s 523bhp output, quoting a spritely 4sec 0-100kph time. This makes it more powerful than the 503bhp M3 Competition and just a tenth slower to 100kph. Top speed hasn’t been disclosed, however the concept claimed a figure of 200kph.

Against the rival Tesla Model 3 Long Range the BMW’s numbers look impressive. BMW have revealed the top-specification i4s will reach 100kph in just 4sec, three tenths sooner than the mid-tier Model 3. Compare the numbers to the Model 3 Performance model though, and the BMW’s lead wavers, with the Tesla hitting 100kph in a headline 3.1sec, nearly a whole second faster than BMW claims. The i4 is also set to rival the Tesla in range, with a projected rating of 600 kilometers, 13 more than the 580 kilometers (WLTP) a Long Range Model 3 can muster.

As with all electric cars, its performance relative to BMW M models is the added weight associated with such a large battery. BMW estimates this to be a 500kg addition to the chassis, which even when taking into account the lack of an internal combustion engine will likely make the production i4 the heaviest 4-series variant by some margin.

While the i4’s cabin diverged from BMW’s norm, we suspect the production version will share its interior architecture with standard 3- and 4-series models. This is no bad thing, as interior quality is due to be high, and tech still top-notch, but it will likely lack the new-age design and detailing found in the BMW iX SUV which will headline BMW’s EV rollout later this year.

The i4 is due to commence production later this year on the same line as other BMW models, but due to the packaging requirements of its battery pack and electric drivetrain it will require modifications to the CLAR architecture it’ll share with the 4-series and its other derivatives.

BMW has not announced a specific reveal date, but it should be arriving in the next few months in the space around the now-cancelled Geneva motor show.

Previous ArticleLamborghini Urus review – is this the first super-SUV?
Next Article Cupra Formentor tuned to 365bhp by Abt Sportsline