For those averse to the super-size kidney grilles fitted to the new BMW 4-series Coupe, the new Convertible will serve as no consolation 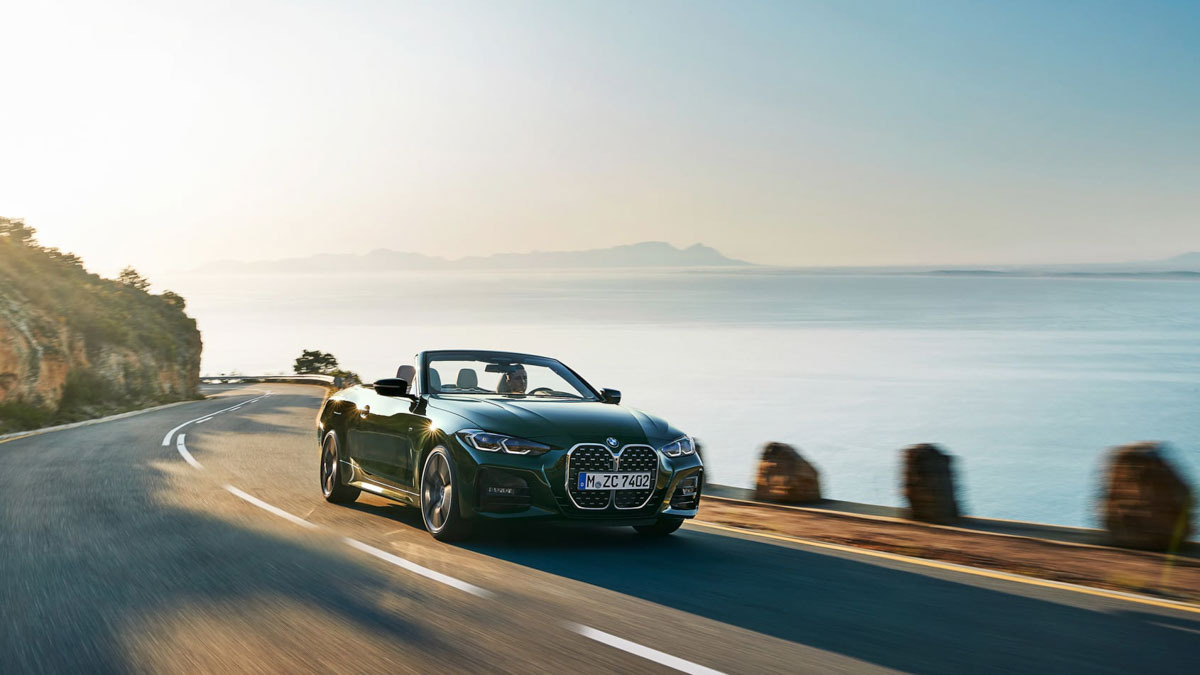 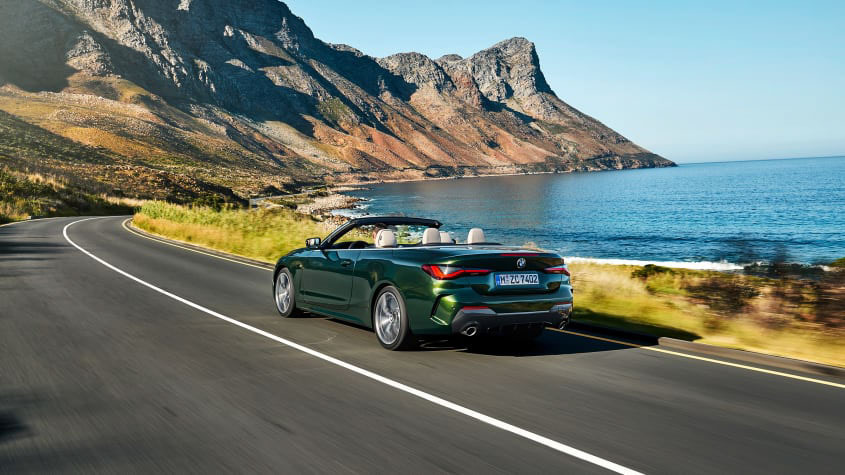 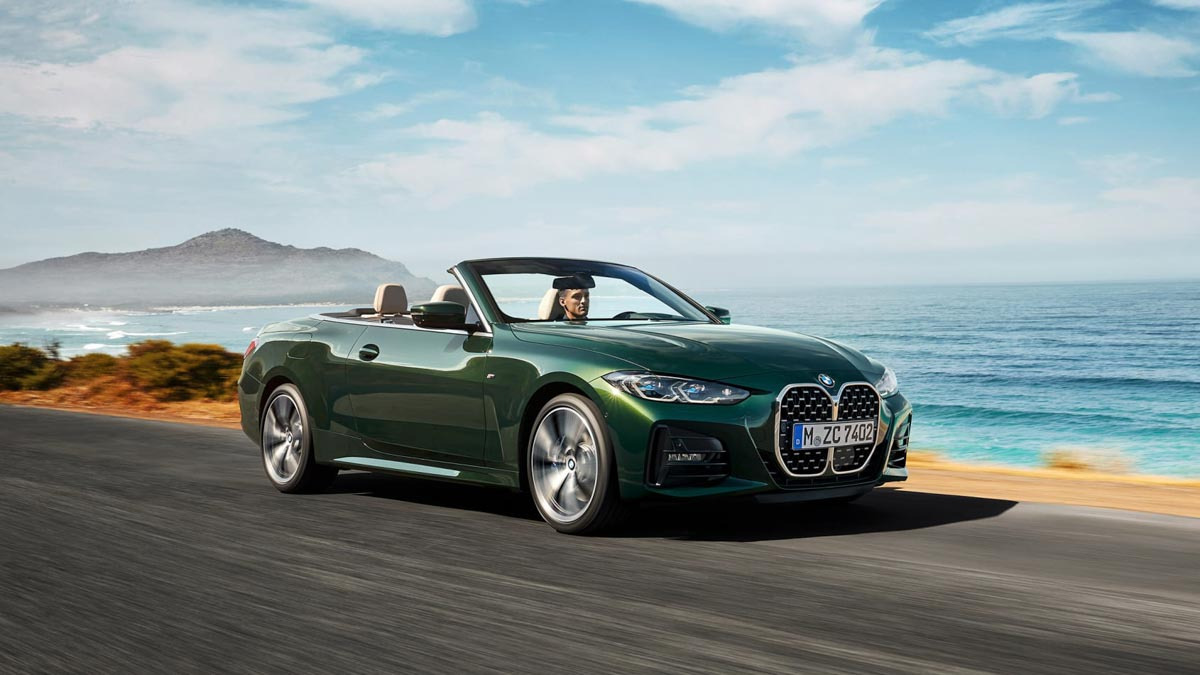 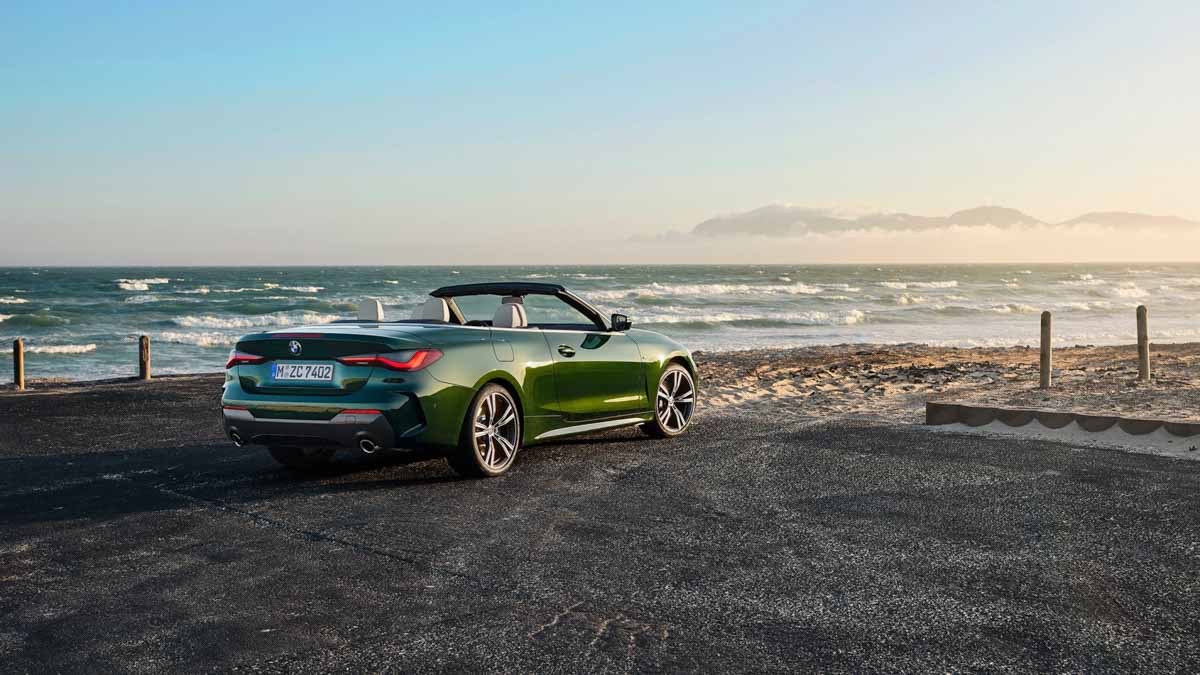 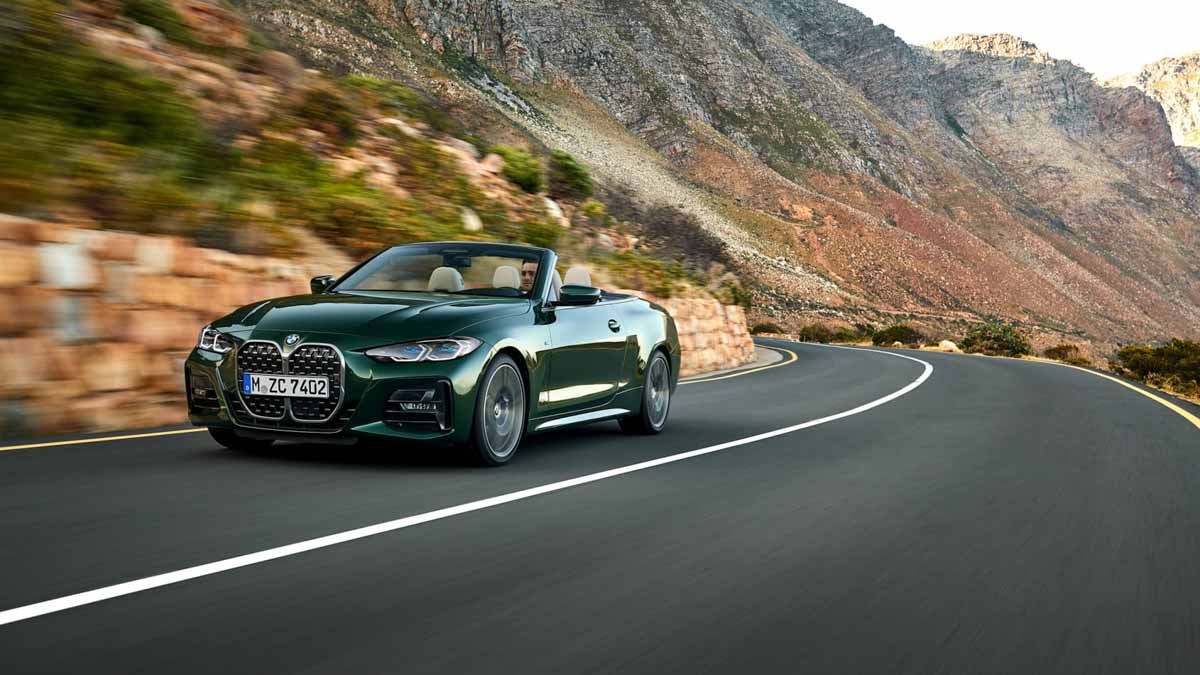 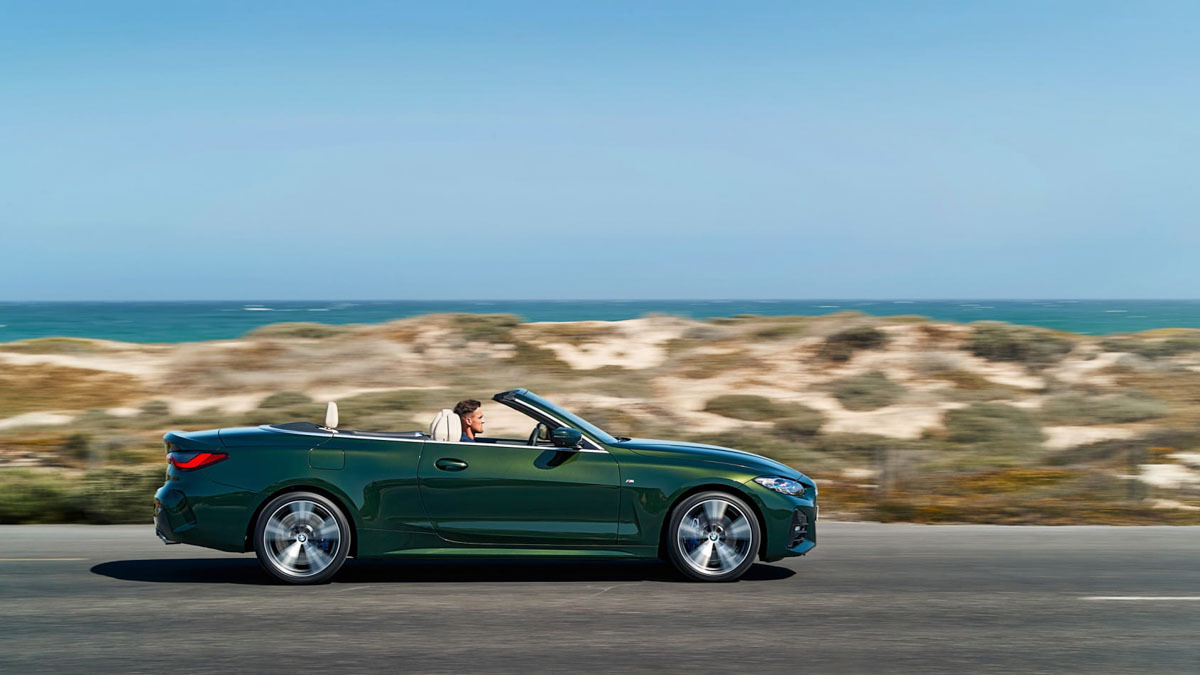 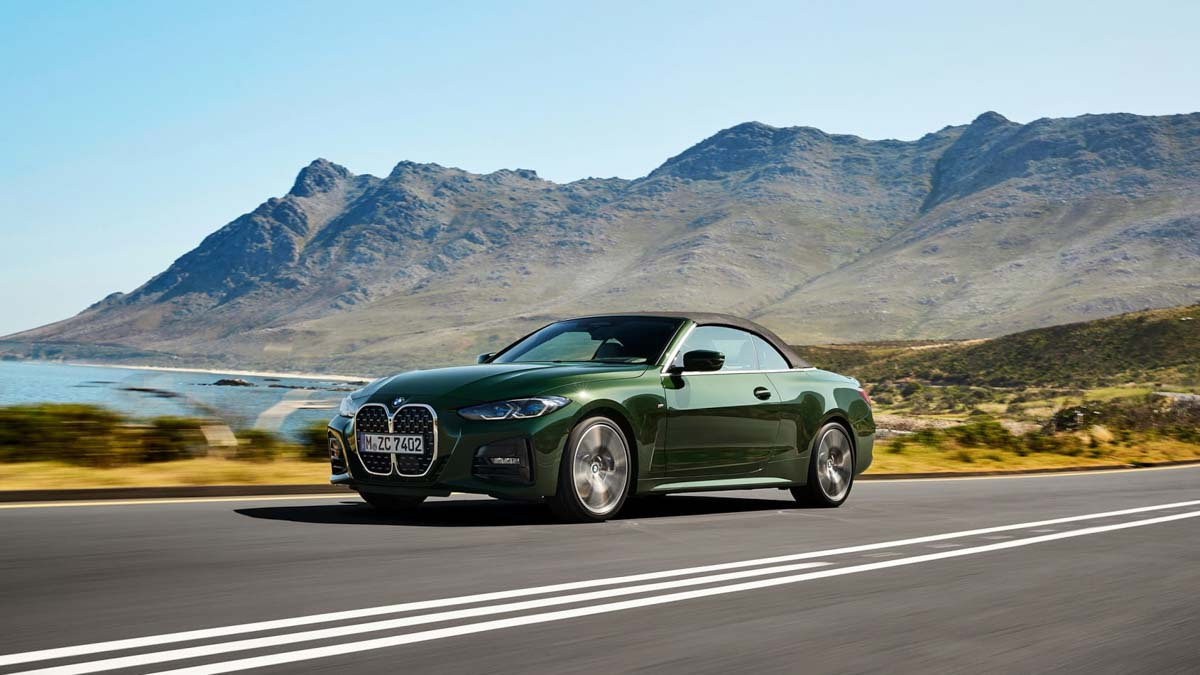 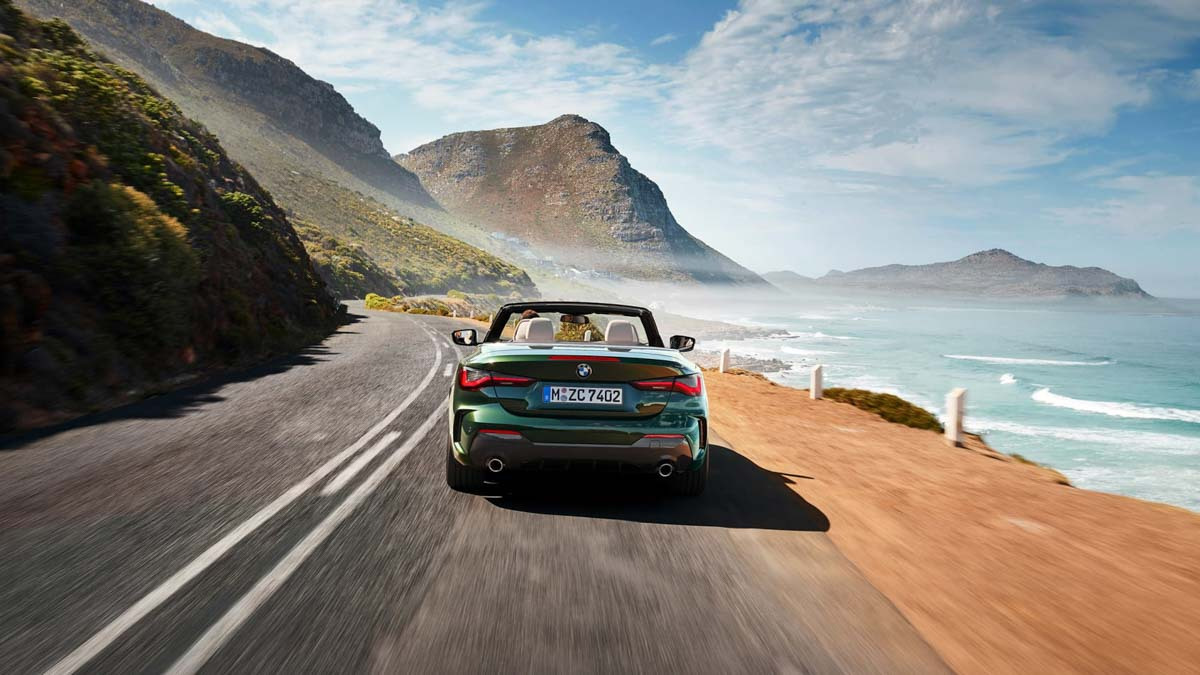 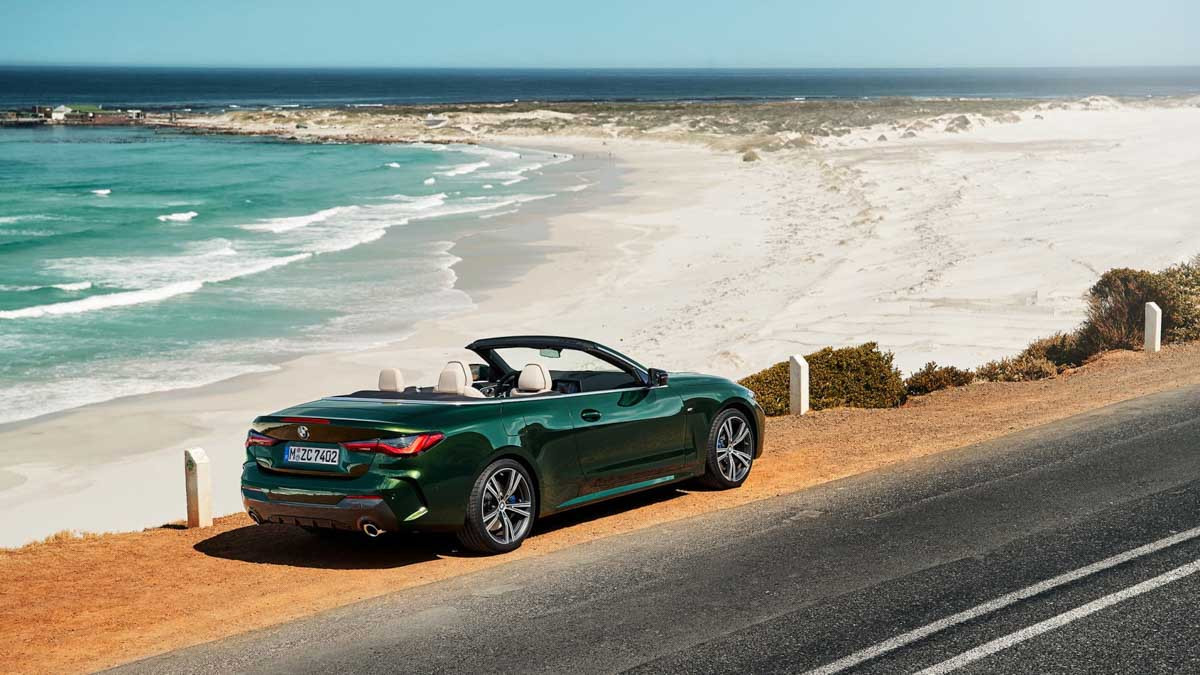 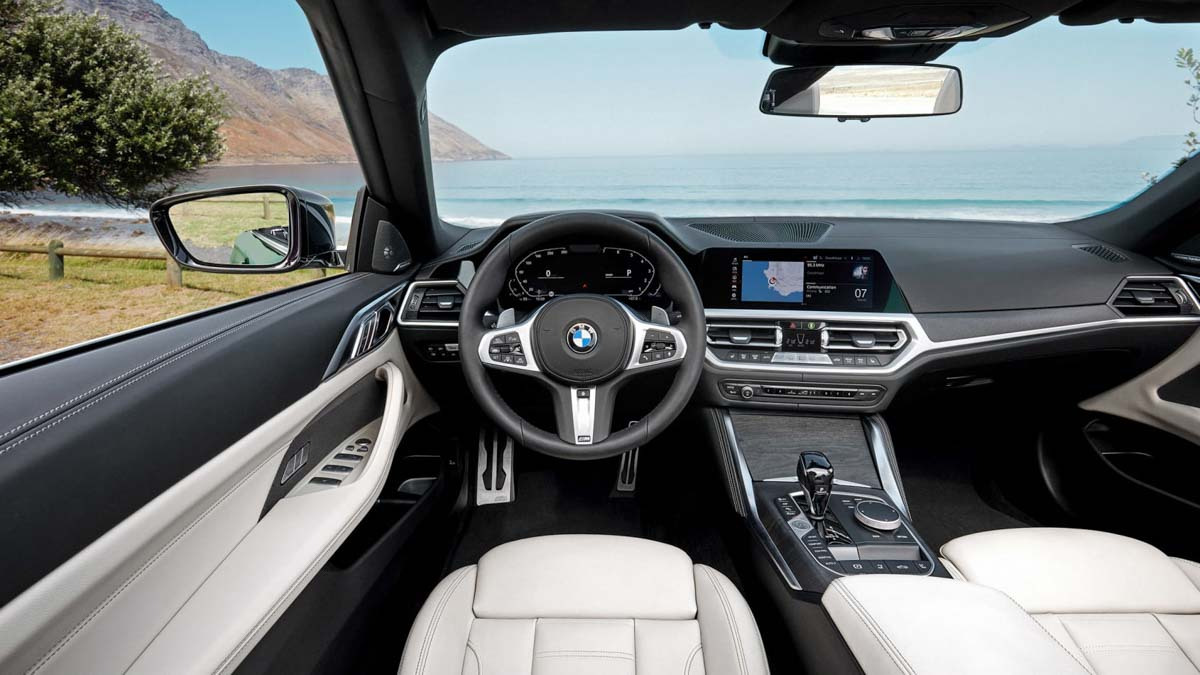 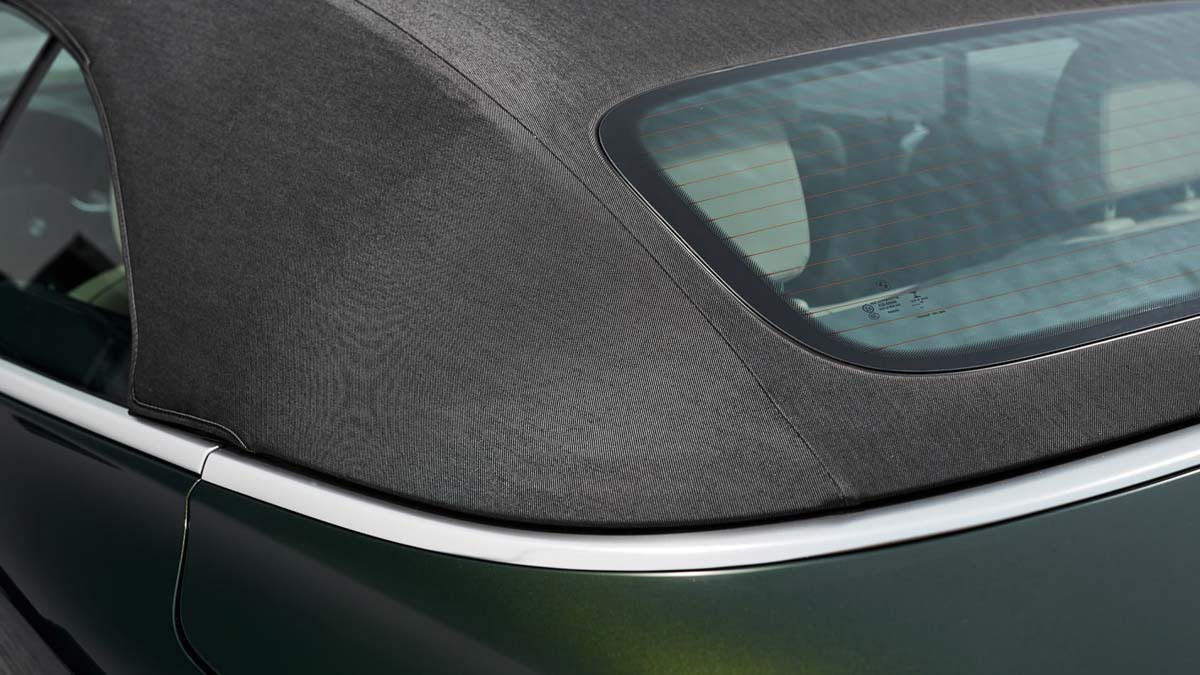 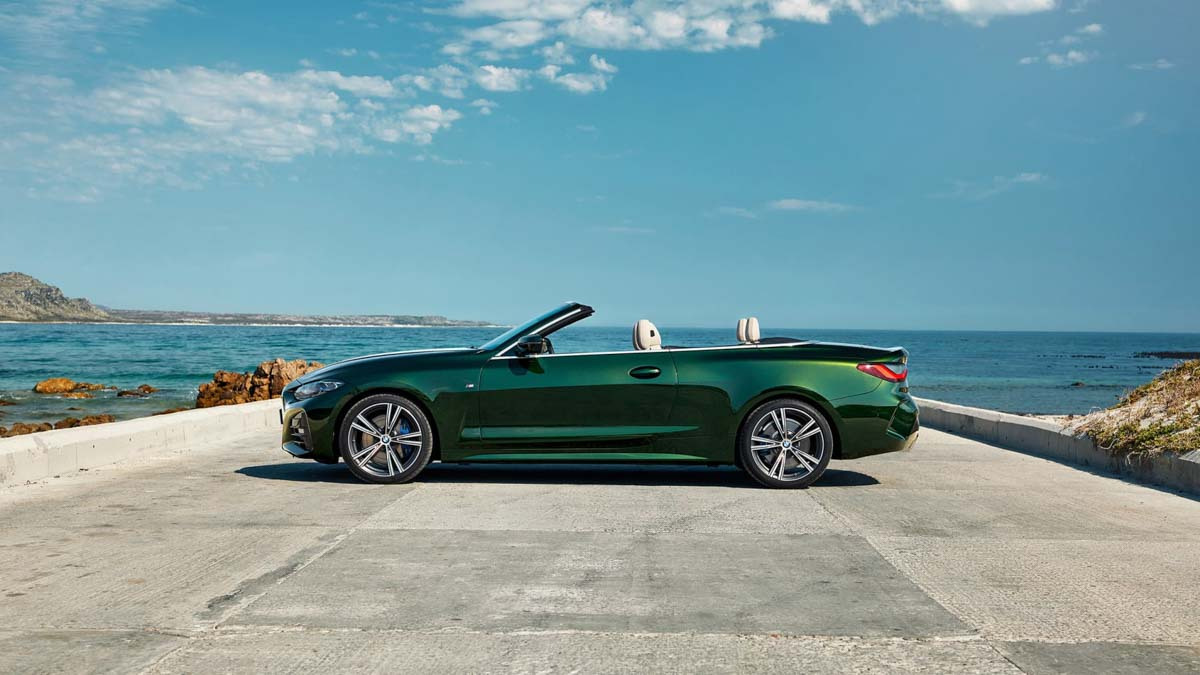 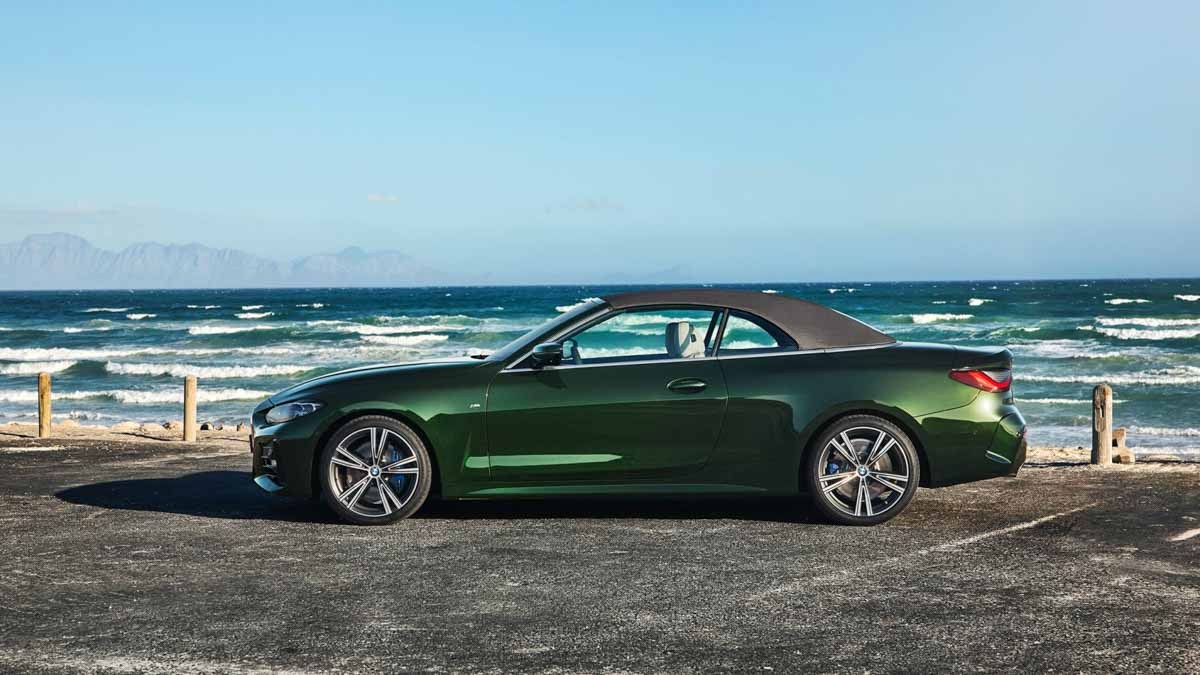 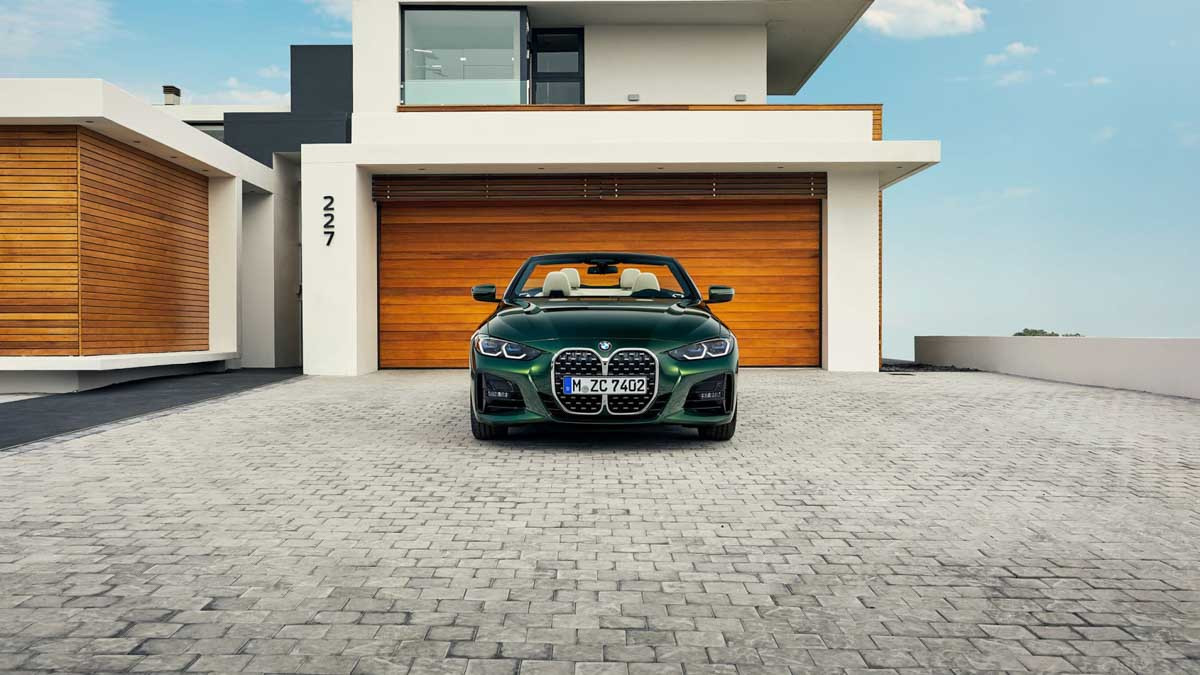 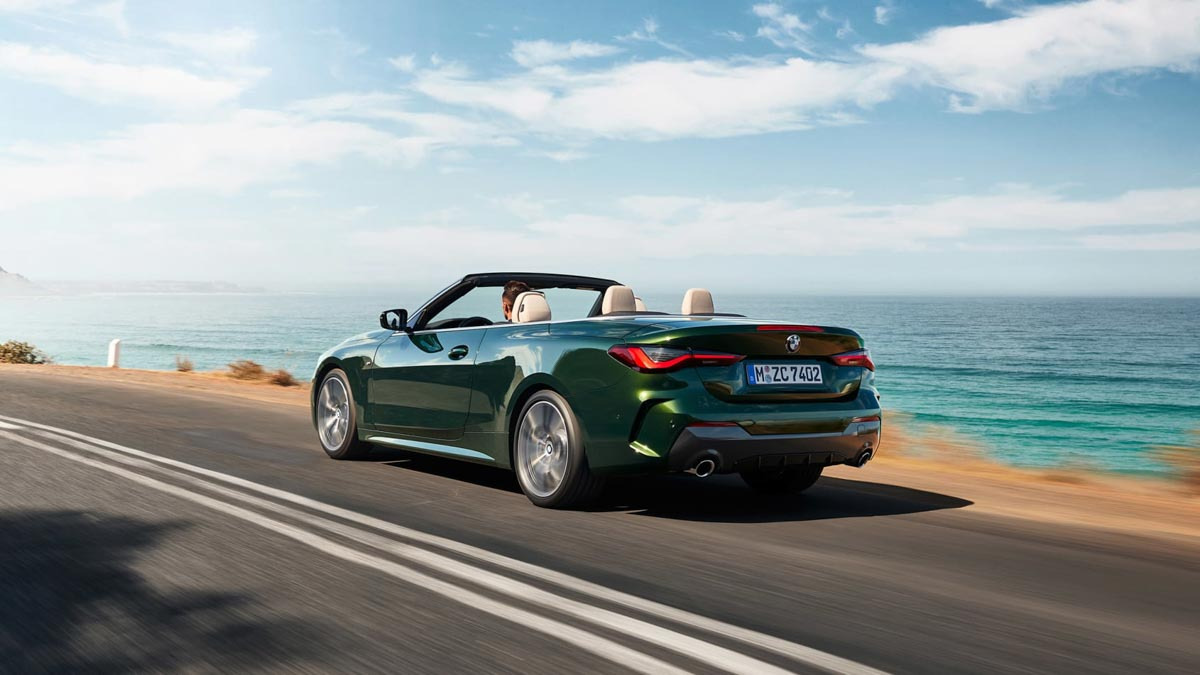 The new BMW 4-series Convertible has been revealed, joining the Coupe as part of the new 4-series range that is set to expand further when the Gran Coupe version eventually arrives. BMW has made the return to a fabric roof after two generations of folding hardtops, falling back in line with the class norm established by rivals like the Audi A5 Cabriolet and Mercedes C-class Convertible.

BMW has attempted to make up for any compromises in refinement caused by its return to a fabric roof with new technology to lower noise levels while delivering a useful 40 percent reduction in weight compared to the folding metal arrangement of the outgoing car. The switch from roof-down to roof-up is a fraction faster too at 18 seconds, and can be performed at speeds of up to 50kph – a generous bump up from the previous 12kph speed limit.

Something to note is that despite a brand new, stiffer body and additional bracing compared to the Coupe, the new 4-series Convertible only carries a modest four percent increase in torsional rigidity over the previous car

As with the 4-Series Coupe, the engine range is made up from three petrol and three diesel units, kicked off by the four-cylinder 420i with 184bhp. Power is upped to a healthy 258bhp in the 430i, while the turbocharged six-cylinder M440i produces 374bhp with the aid of 48V mild-hybrid tech, which is responsible for an extra 11bhp. The 190bhp 420d is the only diesel available at launch, with the straight-six 430d and M440d arriving later next year, also featuring mild-hybrid assistance.

The M440i will, for the moment, be the most dynamic drop-top 4-series available. It matches both its M440i Coupe and M340i siblings with its standard-fit xDrive all-wheel drive system and an electronically controlled locking rear differential. 0-100kph is dealt with in 4.9 seconds, some four-tenths down on the coupe, but still on a par with the Mercedes-AMG C43 Cabriolet.

Adaptive dampers and 19-inch wheels are also standard alongside what BMW calls ‘Sprint’ mode, which readies the powertrain and calls upon the 48V generator to prime itself to further sharpen response. All 4-series models are fitted with the ubiquitous 8-speed ZF automatic transmission – keen drivers might lament the absence of a three-pedal option, but the 4-series Convertible has never really been a sporting experience.

What will likely be a bigger hindrance will be the latest application of BMW’s questionable grille. Prices will start at $58,000 for the 420i M Sport and rise to $75,580 for the M440i when the Convertible goes on sale later this year, with first deliveries expected in March 2021.