Ahead of the final examples rolling off the production line this Spring, Bentley has revealed a final-edition Mulsanne 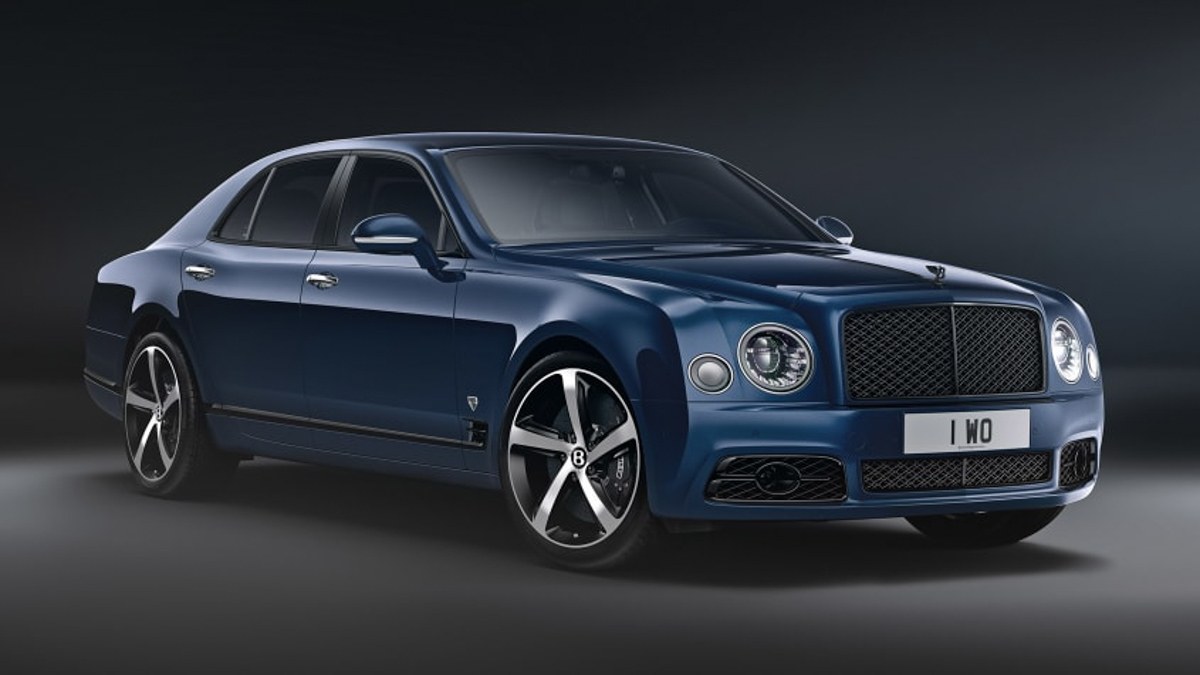 The new Flying Spur will take the place of the Mulsanne as Bentley’s flagship model when production comes to a close in Spring, spelling the end for the marque’s 6.75-litre V8. To mark the occasion, Bentley has revealed a limited-edition variant, paying homage to the power plant set to meet its end in its 60th year.

Separating it from the standard car are black trim and a tinted Flying B as standard, with Mulliner adding the Serenity radiator grille and new exhaust finishes front and rear. Five-spoke 21-inch Mulsanne Speed wheels also come as standard, finished in two-tone silver and gloss black. Lift the bonnet and the silver intake manifold has been swapped for a black item, with the engine number plaque now signed by Bentley’s chairman and chief executive, Adrian Hallmark, as opposed to the craftsman that built the engine.

A unique LED puddle light continues the theme inside, projecting the 6.75 Edition motif you’ll also find stitched into the seats, and as chrome badging on the exterior. Bentley’s trademark organ stop ventilation controls have now been replaced by pieces referencing the engine oil cap, and even the clock and minor gauges are adorned with schematic drawings of the engine.

Buyers can choose from any of the standard Mulsanne exterior colours, and inside there’s a choice of four single-tone hides – a unique silver colour split adds contrasting seat piping, centre console accents, carpet piping, door inserts and more. Silver-painted veneer also makes an appearance on the centre and rear consoles, with a commemorative plaque fitted to the former.

Pricing is yet to be announced, but expect it to sit above the standard car’s $215,000 base figure. Only 30 examples will leave the Crewe factory gates.