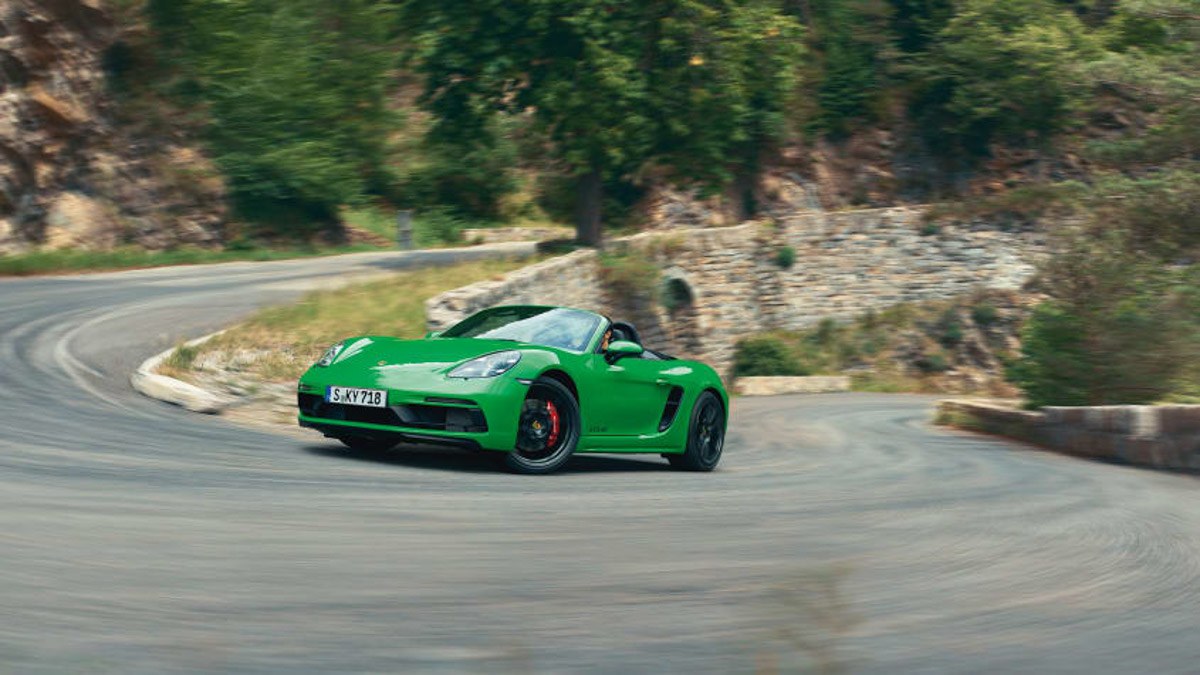 Porsche has dropped its 2.5-litre, four-cylinder turbocharged 718 Boxster and Cayman GTS models from its portfolio, replacing them with new variants powered by the 4-litre, naturally aspirated flat-six engine from the Spyder and GT4.

These two new models sit above the 2.5-litre, four-cylinder turbocharged S variants and below the aforementioned Motorsport Department cars, and will go one sale later this spring, with the Cayman GTS costing from $83,280 and the Boxster equivalent an additional $2418.

Besides a tweak to the ECU reducing the four-litre’s output by 20bhp (the GTS models produce 394bhp), the flat-six engine is carried over wholesale from its more exotic family members, as is the sports exhaust system. While torque and weight figures haven’t been quoted – expect in the region of 295lb ft and 1420kg – Porsche has confirmed the performance figures: 0-100kph in 4.5sec and a 293kph maximum for the pair. And currently, only a six-speed manual transmission is offered.

True to GTS tradition you’ll find darker contrast colours are present, including on the rear lip spoiler, the air intake and the Sport Design front bumper. There’s also a bespoke lower rear bumper, smoked front and rear lights, a set of 20-inch wheels and a host of dynamic tech familiar to those of you who have poked around a Spyder or GT4.

There’s a 20mm drop in ride height and Porsche’s sport chassis and active dampers come as standard. Torque vectoring and a mechanical limited-slip diff are also included in the rather generous standard specification. Carbon-ceramic brakes remain an option.

Alcantara continues the sporty theme inside, with the man-made material covering the steering wheel, seat centres, gearlever, centre console and A-pillars. On the Cayman the headlining is also made from the stuff.

So, why is Porsche bringing back a six-cylinder, NA engine when it made such a big song and dance about its new turbocharged four-pots? Aside from the awfulness of the four-cylinder units and the slow sales, the investment required to build the Spyder/GT4’s naturally aspirated engine from the 992’s turbocharged unit wasn’t small, therefore offering the GTS with a less powerful variant provides the economies of scale finance departments get off on. It also appears to have created a peach of a sports car.