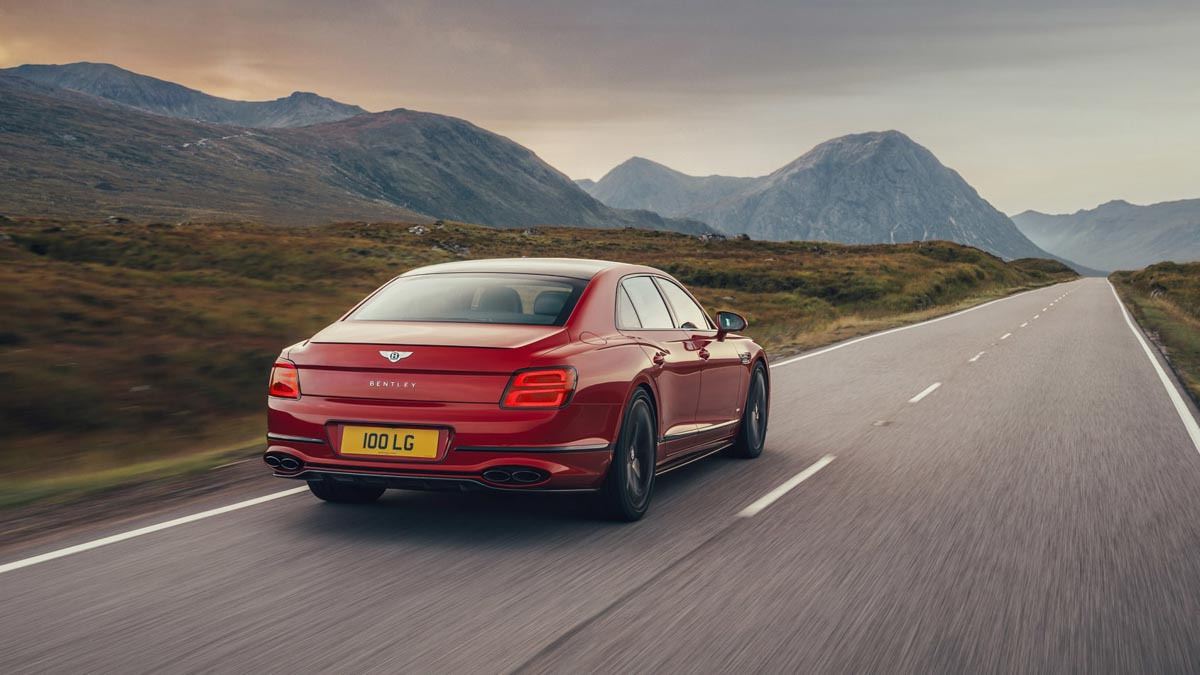 Bentley is set to expand its Flying Spur range with an entry-level V8-powered model, matching those that can already be found in the Continental GT and Bentayga line-ups. Like the V8s in all Bentleys since the Mulsanne’s recent removal from sale, the Flying Spur’s engine is a derivative of the twin-turbocharged 4-litre unit used across the VW Group, and in this case is rated at 542bhp, the same as in the Porsche Cayenne Turbo.

The Flying Spur’s V8 may lack the headline power figure of some of its counterparts, but it still packs a 568lb ft punch. Compared to the W12 Flying Spur, the V8 is 84bhp and 96lb ft down, but the payoff is a reduction of weight in the most crucial part of the chassis, taking over 100kg out of the car’s front end.

The V8 engine also brings its own distinct character, its low-pitch rumble giving these ‘entry-level’ Bentleys a more brutish character compared to the silkier, and in many respects less interesting, W12s. Performance is still more than agreeable, too, with 100kph taking just 4.1sec, and a top speed of 318kph (compared to 3.8sec and 33kph with the W12).

As with the Continental GT, and Porsche’s Panamera, which shares the underlying MSB platform, the Flying Spur sends power to all four wheels via an eight-speed dual-clutch transmission. The all-wheel-drive system does have a rearward bias, and the chassis also supports an impressive suite of chassis hardware such as triple-chamber air suspension, active anti-roll bars and rear-wheel steering.

The rest of the package is otherwise as per the standard, opulent Flying Spur – huge physical dimensions, a sensory-overload cabin and party-piece rotating infotainment screen. The only visuals that signal this Bentley is missing four cylinders are the requisite V8 badging and the quad oval exhaust outlets that replace the W12’s larger pair of ovals.

The latest generation of Bentley Continental GT V8 has never been more impressive on the road, with a close to ideal balance of comfort, control and performance. We have little reason to suspect that its Flying Spur V8 relative will be any different.