Behind the lens with Michael Dautremont

If you’re an aspiring young photographer, experiencing things anew with every passing race event and shooting each race from a different perspective, Spa-Francorchamp is hardly the worst place to learn a trade. For Belgian-born Michael Dautremont though – a former finalist of one of the most renowned photography competitions in Europe – this was just the start of his life Behind the Lens.

Michael, some stunning work in your portfolio, but why don’t you walk us through a bit of your history. What got you into automotive photography to begin with?

“Actually I am relatively new to the field. I’ve just finished earned my degree in university computer graphics – with 3D specialization – after five years of studying. Although last year I missed my final academic year of study for one reason or another, but this at least gave me some free time to discover an interest in photography. I love this idea of fixing a specific moment in time to show what you could see but often don’t. Once my interest started to get bigger, I bought an SLR and began trying a few things (I’m mainly self-taught).

“After a few months of trying I entered my portfolio into a very well-respected international competition, the ‘Grand Prix du Photoreportage Etudiant Paris-Match 2013’. I wasn’t expecting much from it because this usually pulls in 60,000 participants from journalism schools and other establishments worldwide. To my amazement, I qualified and was invited to Paris for the results, and made it into the final 30. And that really motivated me to try and improve my photography, and through the competition, I also had the chance to meet a true car enthusiast, Jean-Marc Ueberecken. All of that allowed me to evolve gradually and understand photography and the approach I have to an image.

“It’s been a real pleasure and that presented a great opportunity. Even today, I still try new things with photography, and even sometimes with video.” 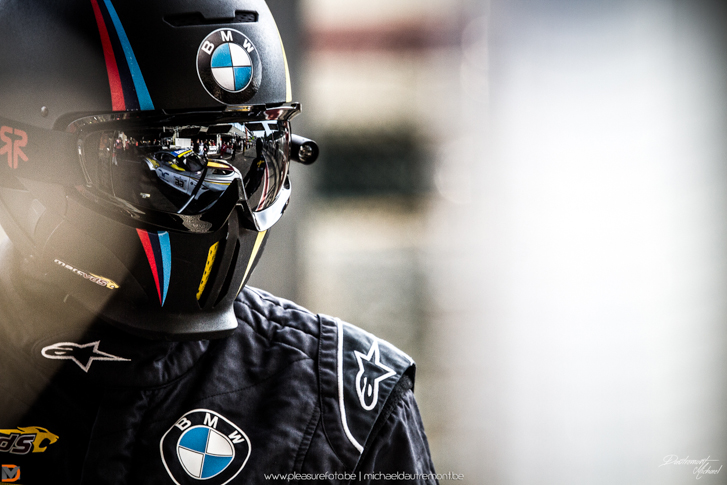 The majority of your photography focuses on motorsport. Safe to say then that you’re a fan…?

“Since childhood, I’ve been crazy about cars and especially motor racing. And I’ll admit that historic racing fascinates me because it is a world apart from contemporary motorsport today. It fulfils a dream, and not just because of the machines: you can see the mechanics, the curves and design are often…mythical I suppose.

“Saying that, I’ve only been to two historic racing events, both at Spa-Francorchamps. What a joy: the noise; the smell of gasoline; the tyres. These cars are just unique, and you feel like they will last forever. I would have loved to see the Bentley Speed ??8 on-track.” 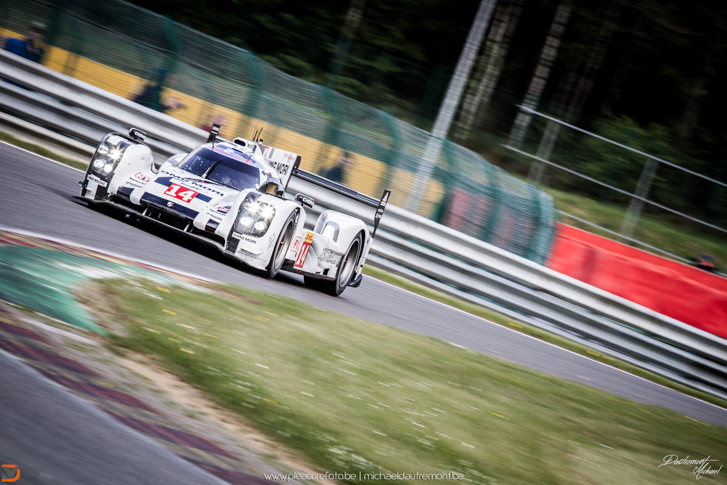 Does this mean there’s no interest in current motorsport…?

“Yeah, I do still like contemporary motorsports though. I dream of one day going to 24 Hours of Le Mans and shooting the event. This year I actually went to the World Endurance Championship round at Spa-Francorchamps and got to see the cars up close, even though I was only there for about three hours. And the cars are just sublime. Even if the design is less attractive this year than previous, I’d love to do a Formula 1 race sometime too.

How do the two compare then through the lens. Presumably shooting an Audi R18 e-tron Quattro requires a slightly different approach to, say, a Porsche 917…

“Well in terms of the shooting, I think unfortunately the race cars today look more and more similar, even if they are completely different. Unfortunately there are so many regulations today that manufacturers aren’t give much opportunity to try something different, or ‘original’, which is a shame.

“Paradoxically it is this what is also very attractive for a photographer, because this is where we can make a difference with angles and detail shots, etc. I always find this very exciting.” 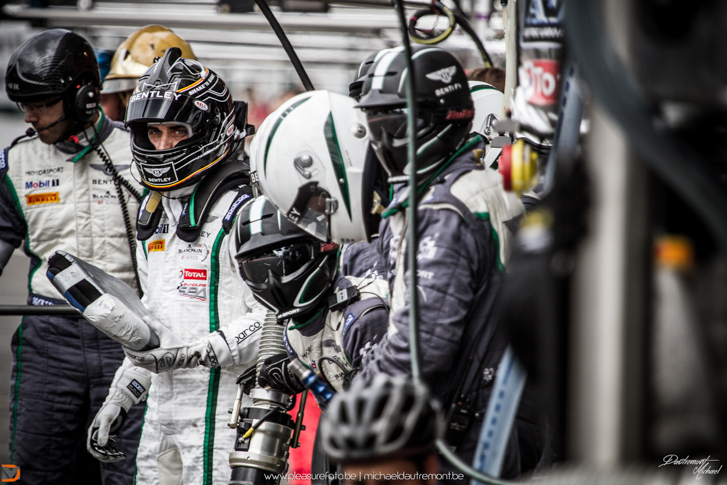 Where does the ‘excitement’ lie though? What exactly do you look for when you shoot an event?

“I try above all to show the human side of motorsport, like the tension mechanics feel before a pit stop or the concentration of the drivers through their gestures and their looks. I look for emotion, to really try and bring motorsport to life.

“But I also try to make my photos look a little more ‘mechanical’, to show what everyone looks but doesn’t necessarily see. In that way, you can feel the sensation of speed, the intensity of action and all the emotion that the racing can bring.”

Presumably this emotion comes through for your personally too…

“Before a race weekend I do stress a lot. This is probably stupid, but I try to ‘reinvent’ every visit so that I can rethink some things and handle them differently. And that helps. I never prepare a photo. I never say, ‘I have to go there because …’, and instead work a lot with instinct. That’s really important for the look of my work, even though I can spend an entire day at an event and produce just 15 photos. A good example is my ‘24 hours’ series: across four days I produced 80 pictures, then published 73. Actually from three hours at the WEC race at Spa, I ended up with about the same. So for me, it is really a question of ‘feeling’.” 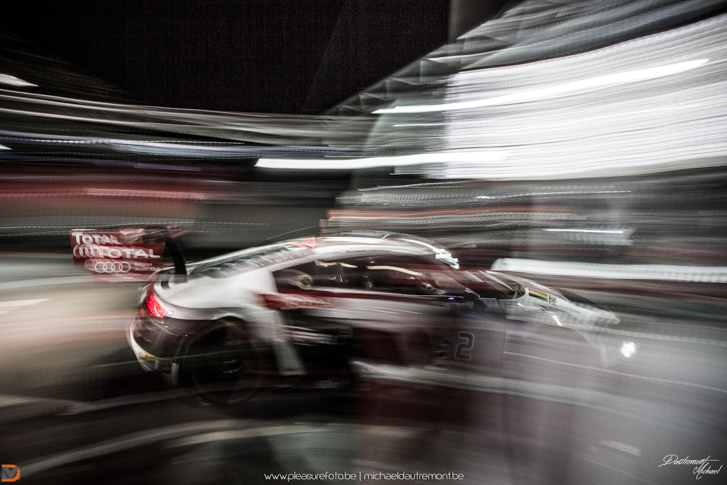 How far on average do you travel for motorsport photoshoots?

“For now, still I’m still finishing my studies, I have not had much opportunity to travel and experience many circuits. Spa-Francorchamps though remains a true source of inspiration for me though as it’s where I spend 80% of my time. I also been spending more time this year at Zandvoort, and for the second year in a row this year I went to Dijon-Prenois. This is rather limited, but there’s a first time for everything.

“Actually, that’s a good point. This year, I had the opportunity to go the Geneva Motor Show, where Infiniti had a photo contest on their stands. I tried my luck and I won. I have not entered any other contests but probably will do soon. I’m feeling lucky!”

How much equipment do you regularly carry with you? Walk us through what’s in your camera bag…

“This year is a special year for me. I took my first photo on a Nikon D40 then moved onto a D5000. It was a basic unit but was really good to start with and understand light. In recent months, I’ve changed and bought a Canon 7D. This marks a huge change in terms of picture quality, but also the way I approach my work: I can now start doing ‘tests’, so that’s a real plus. I do not have an ultra-bright lens system and the D still going strong, even though it is more difficult for a lot of things and settings. The advantage is that you do not have time to get bored.” 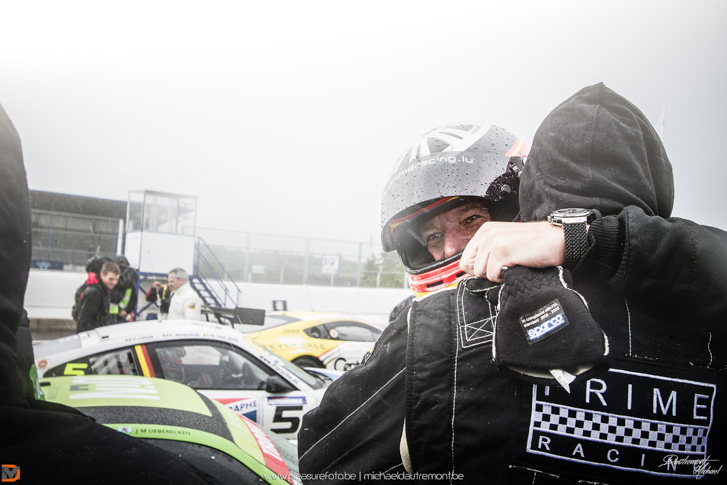 Are there any events you’ve shot that stand out in your memory, for good or bad reasons?

“I’ve not got a huge amount of experience but I’ve seen a few things: the car crash not too far from home for example, and fortunately the driver was okay. The first victory at the ‘Prime Racing Luxembourg’ at Dijon was pretty incredible, because I was in the team’s pit box at the time. It really was just a burst of joy. Another good time involved Dominik Kraihamer, whom I contacted a few days before a WED race to present my work. We exchanged a few words on the starting grid, so that was pretty cool.

“And then there was my first “automotive” photoshoot. A friend of mine owns a Volkswagen Polo R WRC and allowed me to take some pictures, which actually went on to be published. And that surprised me because it was really just a test, shot in a hurry and without preparation (lighting, etc …). It was just for fun. But you never know what could happen and what it can lead to. Hopefully this will produce something too!”