The latest in our Behind the Lens series introduces us to Max Müller, Luxembourg native who – thanks to endless hours watching the World Rally Championship with his father at a young age – could probably tell you everything about Colin McRae and Richard Burns, the best places to stand for a rookie shooting the Nurburgring for the first time, and why standing near a Porsche 919 Hybrid travelling at 300kph is not as terrifying an experience as you might think…

Max, let’s start nice and simple. And, well, predictably! What got you involved in automotive photography to start with?

“Actually my passion for photography started quite early. Since I was a kid, I’ve always enjoyed looking at photos in car magazines my dad used to buy. I took more and more interest in photography, and in 2011 at the age of 15, I got my first camera. I was shooting mainly landscapes at first, but a year later, I took the camera with me to a local hill climb. It was then that I decided I wanted to shoot motorsport. During the next two years I practiced at a few rallies and at my local circuit, which happens to be the Nürburgring.”

Legendary track, and one hell of a place to learn your craft…

“Certainly was. A tough one too. Since 2014 I’ve been shooting endurance races at Spa-Francorchamps and at the Nürburgring, but I’m still at the very beginning and keen to learn.”

You mentioned that you shot your first motor race at 15, but have you always been a fan of motorsport?

“Since I can remember I’ve been fascinated by cars and motorsports. I grew up watching a lot of rallying and Formula 1 together with my brother and father. It was an amazing time: nothing could beat watching Colin McRae, Sébastien Loeb and Richard Burns pushing hard on every special stage. Le Mans has always been special for me too: I’d usually follow the whole race live on TV.” 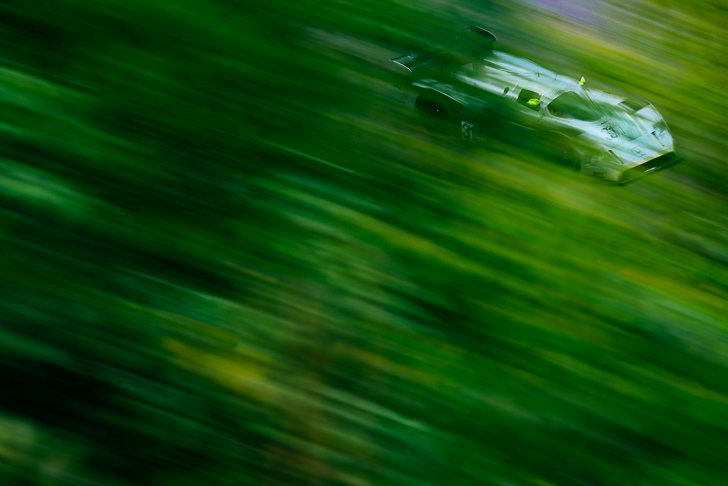 Is it just contemporary motorsport that tweaks your interest then? Given the names you mentioned, historics never intrigued you…?

“Well, in my opinion you cannot really compare historic and contemporary racing. Both have their own charisma. In my opinion the contemporary motorsport is on a very high level, without doubt we see some very good racing these days, especially in endurance racing because the cars look superb. In my opinion, the tough competition brings in some extra tension and emotion.

“Saying that I find historic racing very interesting as well. It’s great to see classic race cars out on the track where they belong, and I often watch videos from classic endurance races and think about how awesome it must have been to shoot them. When you finally get the chance to see the cars you’ve dreamt of, out in the wild, it’s just amazing. You suddenly realise that you know this car so well without ever having seen it before.”

Bearing in mind that ‘amazing’ feeling, what are your thoughts on the way motorsport has developed? In terms of photography…

“Actually from a shooting perspective not too much has changed. It’s still all about trying to capture the pure speed, excitement and emotion of the sport. The world of motorsport is still an exciting one.” 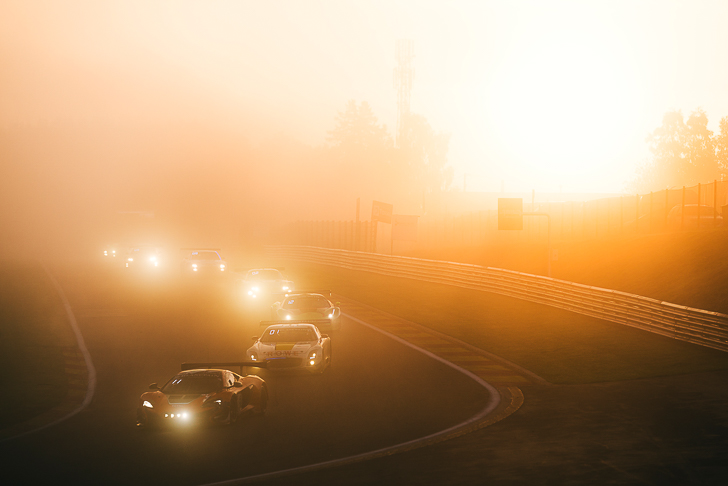 Okay, moment of truth. What do you currently have in your camera bag?

Most of your work the last few years has focused on endurance racing. How about you walk us through what’s involved…

“It’s all about preparation and mind setting. Before an event I check the weather forecast, sunset and sunrise times, prepare my gear, make sure where to stand and where not to, check the timetable and talk with the client about the shots they need. When shooting a rally, preparation is even more crucial: it normally involves watching tons of on-board videos, writing down the coordinates of the most promising spots, checking the timetable and finally deciding which places to go to. It’s also pretty important to be fit and have a clear mind. Only this guarantees you to be able to work at your best level during a 24-hour race.

“I just find it important to stay as focused and clear-minded as possible. I used to play tennis at a competitive level, and I learned the importance of ‘zen’. It’s important to keep a cool head even when things don’t go the way you would like them to go.” 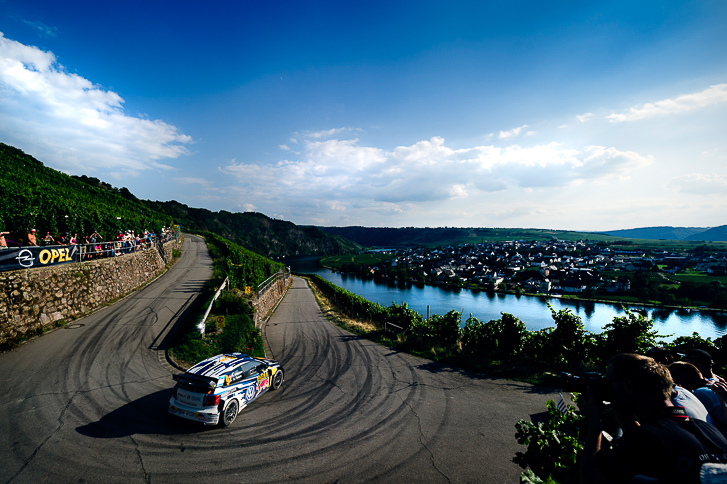 Would you say you are an enthusiast of track racing over, say, rally?

“I love shooting both equally, I must say, but rallying is more challenging. You’re actually improvising the whole time: nothing will be as you expected, the spot you’ve chosen will probably turn out to be rubbish. The weather will be different than expected, the timetable will have changed, etc etc. It all adds up to a difficult shooting experience.

“But endurance racing seems more straightforward by comparison but when you try to come up with something special, things get trickier. The challenge is to explore the track and pitlane to get the shots that stand out, and play with the changing light conditions. For me this is what makes track racing extremely appealing and exciting to shoot.” 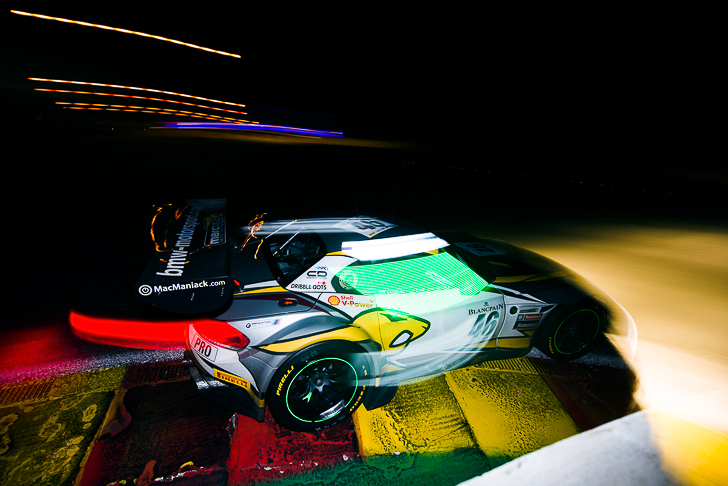 A lot of exploration to deal with, so what would you say stands out the most during a motorsport weekend?

“For me it’s most definitely the atmosphere. Every race track and racing series seems to have its very own personality, aura and style: the Nürburgring 24 Hours wouldn’t be nearly as impressive without its atmosphere.

“Saying that, I do enjoy the sensation of speed: standing just a meter away from a Porsche 919 Hybrid racing past you at almost 300kph before bottoming out at Eau Rouge makes you feel the pure power and beauty of speed. It really makes me feel alive.”

Are there any events you’ve shot that stand out in your memory? Anything where you felt particularly ‘alive’?

“This year’s 24 Hours of Spa Francorchamps will always stand out for me. I was assisting Brecht Decancq, who was shooting the race for the Belgian Marc VDS squad. The whole week was just amazing, but the Marc VDS overall win was of course the cherry on the cake. Now that the team has stopped racing, that will moment will stay with me for a long time to come.” 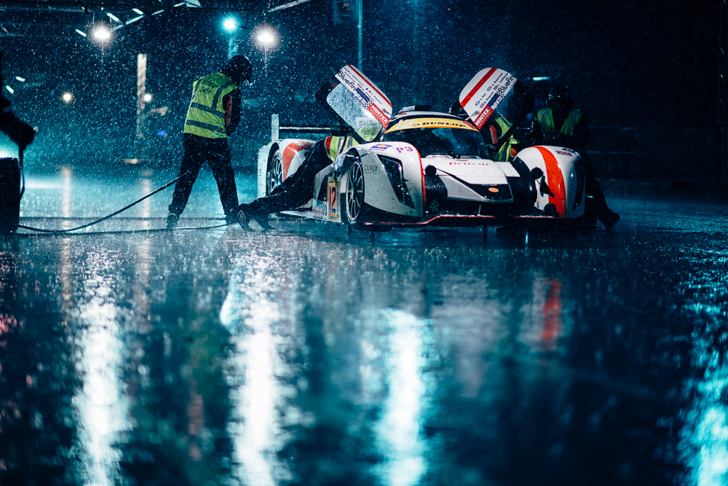 Behind the lens with Jordan Butters 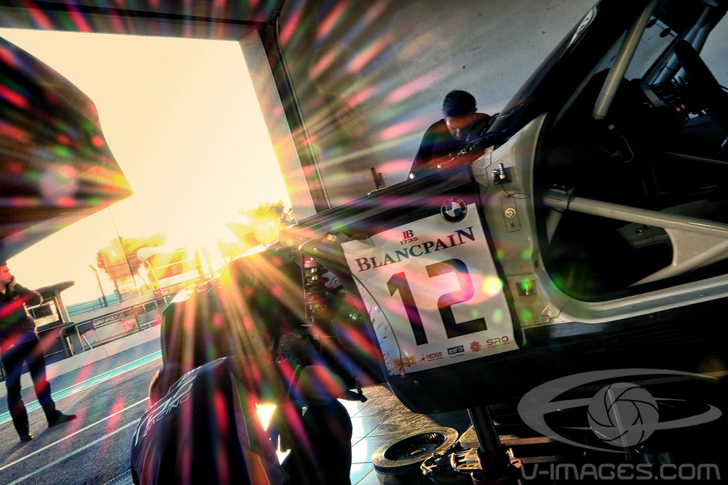 Behind the lens with Eric Fabre