To expect anything other than ‘modern’ and ‘slightly batshit’ from the ALL-CAPITAL letter FFZERO1 from Faraday Future would be asking a bit much. And awe-inspiring looks from the concept that made its debut at the Consumer Electronics Show in Las Vegas is just the beginning.

At the heart of the model are ‘quad core’ electric motors, combining to produce ‘over 1000hp’. Landing itself neatly between the 903bhp McLaren P1 GTR and 1035bhp Ferrari FXX K, the FFZERO1 will hit 320kph and nail 0-100kph in less than three seconds. You can probably guess what ‘FF’ stands for…

A single-seater racecar, albeit without a series to race in, the FFZERO1 houses its battery cells within the axles themselves, though the Variable Platform Architecture can be stretched to include more. The setup also means the racer can be configured to front, rear or four-wheel drive configurations, significantly reducing build costs as a result.

As well as the adaptable platform, the concept – production plans for which are being kept very hush-hush – also boasts design cues the company hopes will appear on future models, the most notable being ‘UFO line’ jutting down the flanks Faraday Future highlights as a signature design trait. We’re also hoping the reclined 45-degree driver’s seat – which aids blood circulation – and the folding cabin canopy avoid the cutting room floor, but rather doubt it.

Not convinced? You might be when you hear that Faraday Future is investing $1 billion into a new facility in Las Vegas, a nod to what the company calls a “future range of clean, intuitive electric vehicles”. 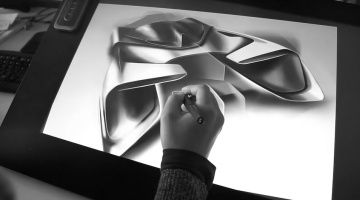 Behind the scenes. How to design 1000hp FFZERO1