From his early years covering grassroots motorsport in his native UK (plus a brief karting career) to his pilgrimage to the infamous Pikes Peak International Hill Climb, motorsport photographer Nat Twiss has ticked off some memorable races on his ever expanding bucket list, not least of which is the Nürburgring 24 Hours. But what next? Could Le Mans be just around the corner? We find out Behind the Lens

Nat, let’s start with the biggest cliché of them all: what got you started(!)

“I grew up go-karting in the UK, and was immersed in racing from a really young age. We stopped when I was 13, but a couple of years later I was finding it hard to be away from racing regularly, so I bought a DSLR and started practicing. In those few years between, I played a lot of video games – particularly Forza Motorsport – and that introduced me to photography, drifting, and design. Three things I’m incredibly passionate about today.”

Was drifting where it all started for you then, in terms of photography?

“Yes, when I started, I was mostly shooting drifting in my late teens, and used the experience I’d gained to move into more conventional motorsports. I worked with some brilliant guys at OMGDrift, who even had me out for a round of Formula Drift in 2012! I learnt a lot with them.” 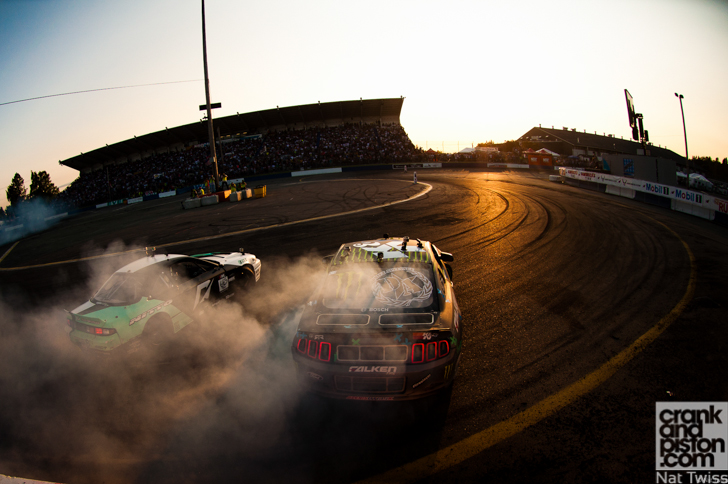 By the sounds of it then, having done karting and starting with photography at such a young age, you’ve always been pretty enthusiastic about motor racing…

“I grew up watching Formula 1 and World Superbikes with my dad, and we also went to a lot of local rally events (I was always a big fan of Colin McRae). When I was eight, I started karting, and I’ve not really had any time since then when it’s not been the biggest interest in my life.

“It’s not just contemporary motorsport though, because I love historic racing. It’s a shame that, because the cars are so valuable, you don’t always see them being driven as hard. I mainly enjoy historic cars for their heritage and beauty. Though I’d definitely take a 3.0 CSL over a Z4 GT3 any day!”

So, since the early days on the drift circuit, it does seem like you’ve followed the endurance racing route rather than the sprint…

“Yeah, I can find something to enjoy in nearly anything, but I definitely have a preference for long races over short. I grew up knowing the cars more than I knew the faces, and I’m still a little bit like that. But there are certain places and events where the atmosphere dwarves everything else, like the Nürburgring 24 Hours. Between the revelers, the music, the smells, and smoke from the barbecues hanging around the woods, it can be quite easy to forget about the cars.

“I really enjoy rallying and off-road racing, and I’d like to work more with it in the future. I’d love to photograph the Monte Carlo Rally for instance, and I used to really want to do the WRC Safari rally, or Paris-Dakar. There’s something really fascinating to me about a driver and a machine facing a desert or a savannah, and having to endure all of the challenges that this type of terrain poses.” 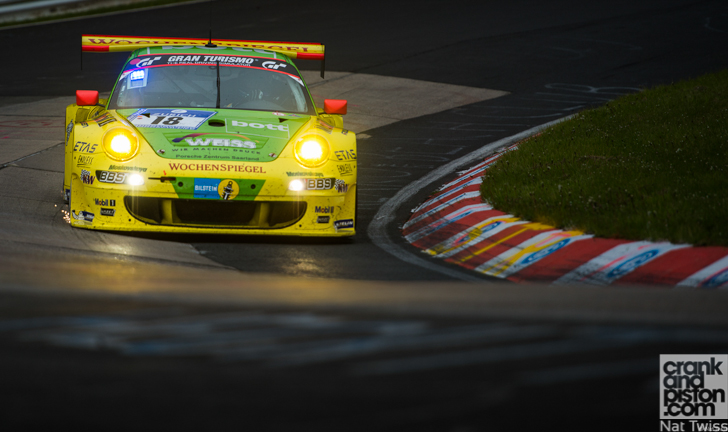 Why don’t you walk us through a ‘regular’ endurance racing shoot. What’s involved with covering a six, 12 or 24-hour event?

“A LOT of walking! Plus tons of editing after the fact: I came away from the Britcar 24 Hours earlier this year for example with something like 7000 photos from the race. It takes a while to get through, and it’s a mammoth task to organise and sort through.

“Before a race, I usually check the sunrise and sunset times, and if I know the circuit I write down a list of locations I need to be at certain times. The sun sets over Stowe corner at Silverstone for instance, so I’m usually there for part of that. I usually try and get my banker shots done early in the race too, just in case there are any early retirements. It also lets me get creative for a lot of the remainder of the race, which usually keeps the fatigue away!”

“Actually I travel fairly light compared to most. I shoot with a single camera body, and two lenses: a Nikon D800, as well as my trusty 24-70, and 70-200 lenses. Aside from a few places that have huge runoff areas (like Silverstone), I don’t feel limited by the load.” 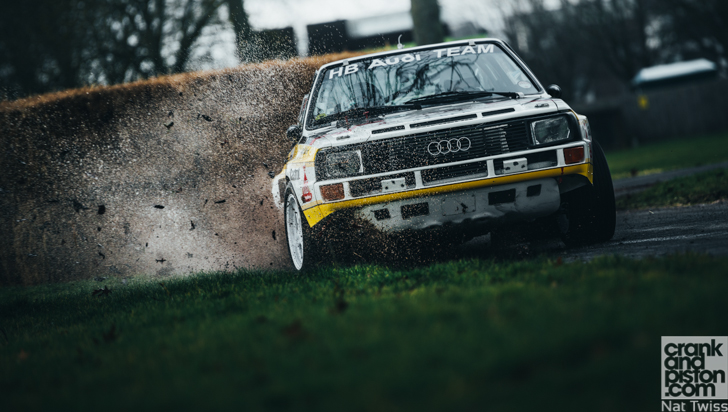 You mentioned earlier that you’re a big fan of historic racing. From your perspective track-side, how do you think motorsport coverage has changed from an artistic perspective over the year?

“Actually that’s a tough one. For your average joe spectator, I don’t think I could say there has ever been a better time to be watching racing of any kind. Between the massive social media and web coverage of events, to the livestreams, it’s pretty great. Obviously, for top tier events you have ticket prices going up, but I think most tiers of motorsport are a lot more accessible these days.

“On the other hand, I think the value of the content that’s out there is decreasing. So for me, I’m seeing clients with lower budgets than a few years ago, and more people who are willing to take the lower pay. The solution, really, is to keep improving, both your work and the ways you’re selling yourself to clients. I go to each event looking to improve at least one thing about what I’m doing.”

Which, given motorsport’s unpredictable nature, we imagine is easier at some races than others? 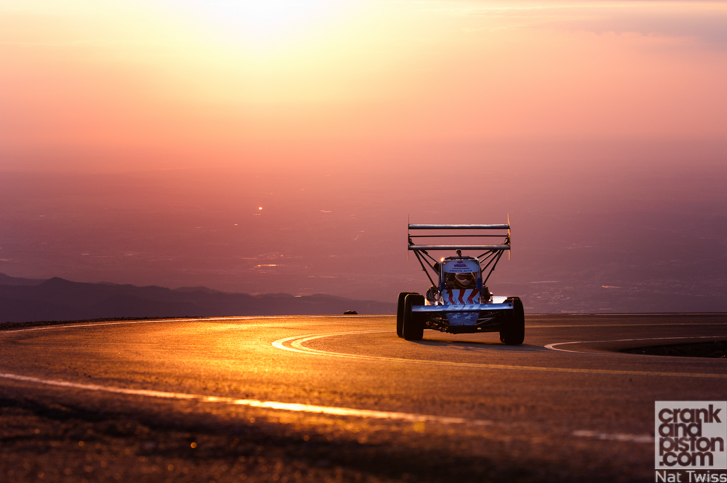 Bearing that in mind then, are there any particular races you’ve covered that stand out, for good or bad reasons?

“Absolutely! I had the honour of being at Pikes Peak in 2012, and that was something I’d always wanted to do since I was very, very young. My most prized toy as a kid was Rod Millen’s Toyota Celica, and I used to love driving Monster Tajima’s Suzuki Escudo on Gran Turismo 2, so it was great to see Rod’s son, Rhys, take the record that year. There has been no event since that has really matched the feeling I had when shooting that first morning, with the clouds below and the sun just peeking on the horizon. Race day ended up being something else entirely, with hail and lightning striking around me, and I ended up taking refuge along with the marshals in the back of an SUV while the race was red flagged. Definitely an event I’ll never forget.

“The 2013 Nürburgring 24 Hours was another big one for me too, because it was my first time there, and I got to see Michael Schumacher take an F1 car around there, which is bittersweet in hindsight. This year’s Goodwood Festival of Speed is also a pretty big one to cross off my list.”

From Forza Motorsport to Pikes Peak. That’s pretty impressive. Here’s hoping that it won’t be too long before you cross Rallye Monte Carlo off your list too…

“Cross your fingers for me!”