Boxy, brutish and exactly the type of BMW we all want to see, the all-new 2-series Coupe is here 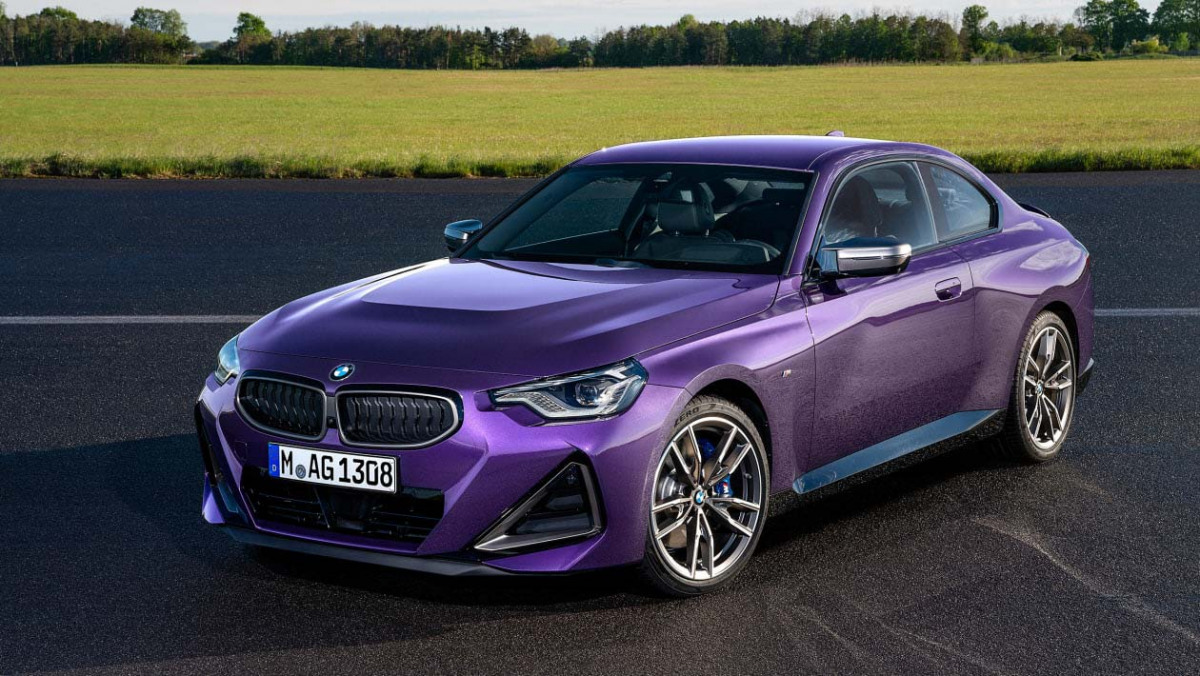 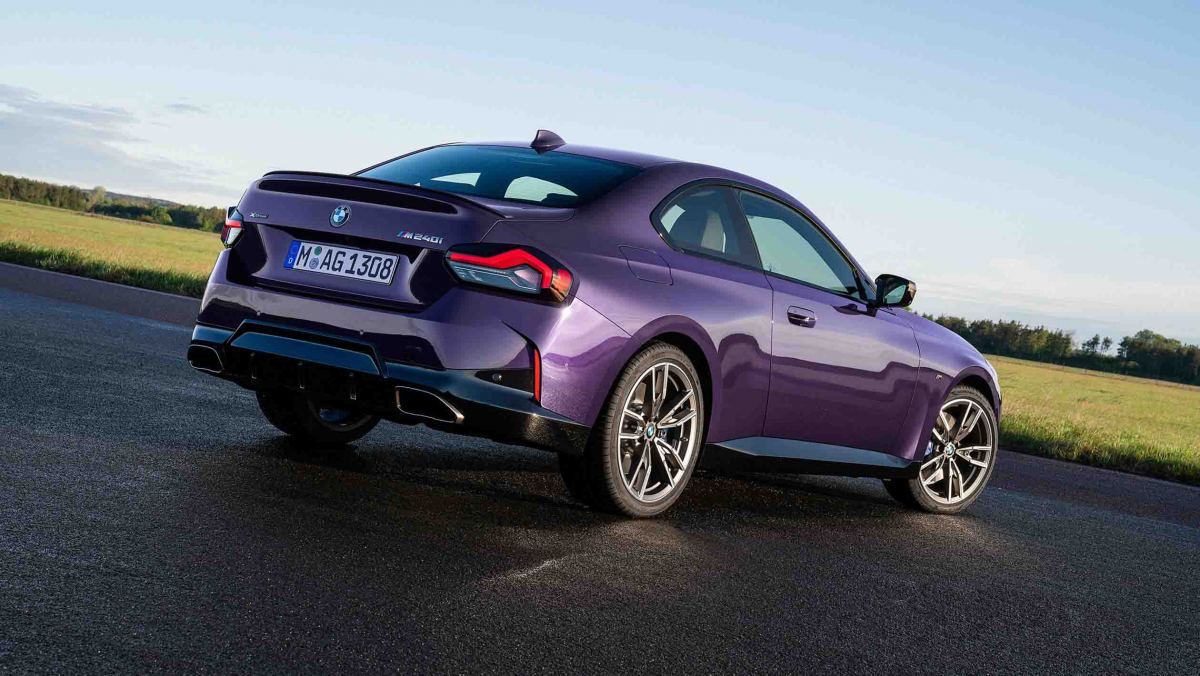 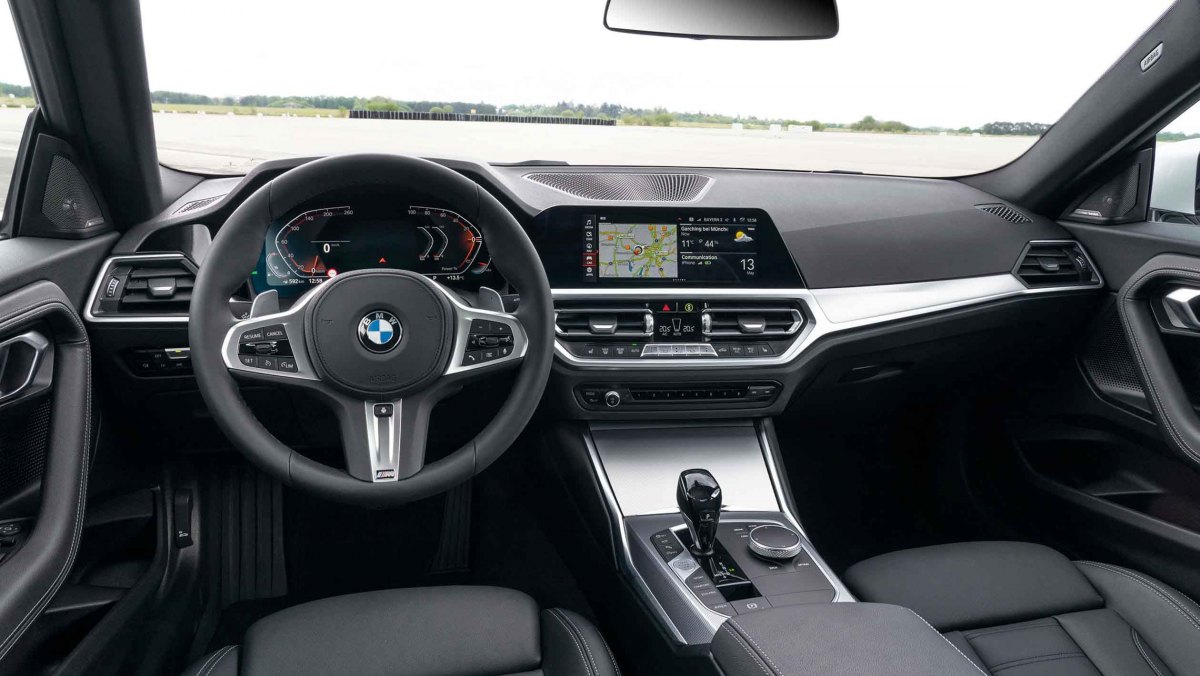 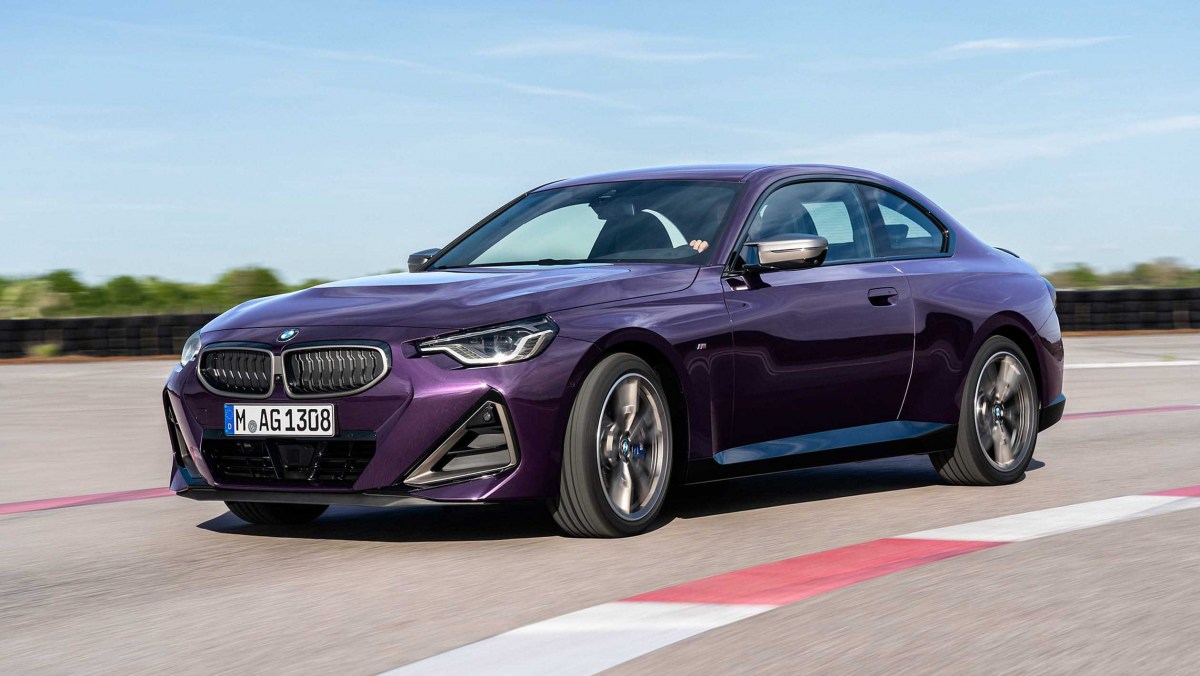 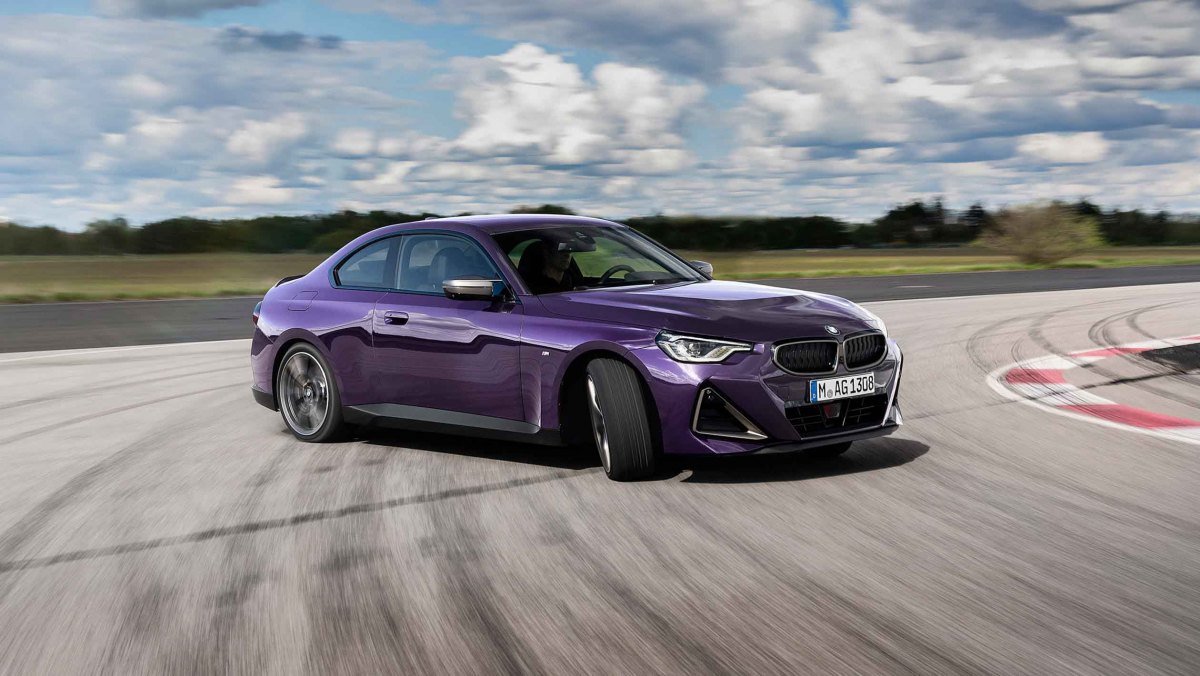 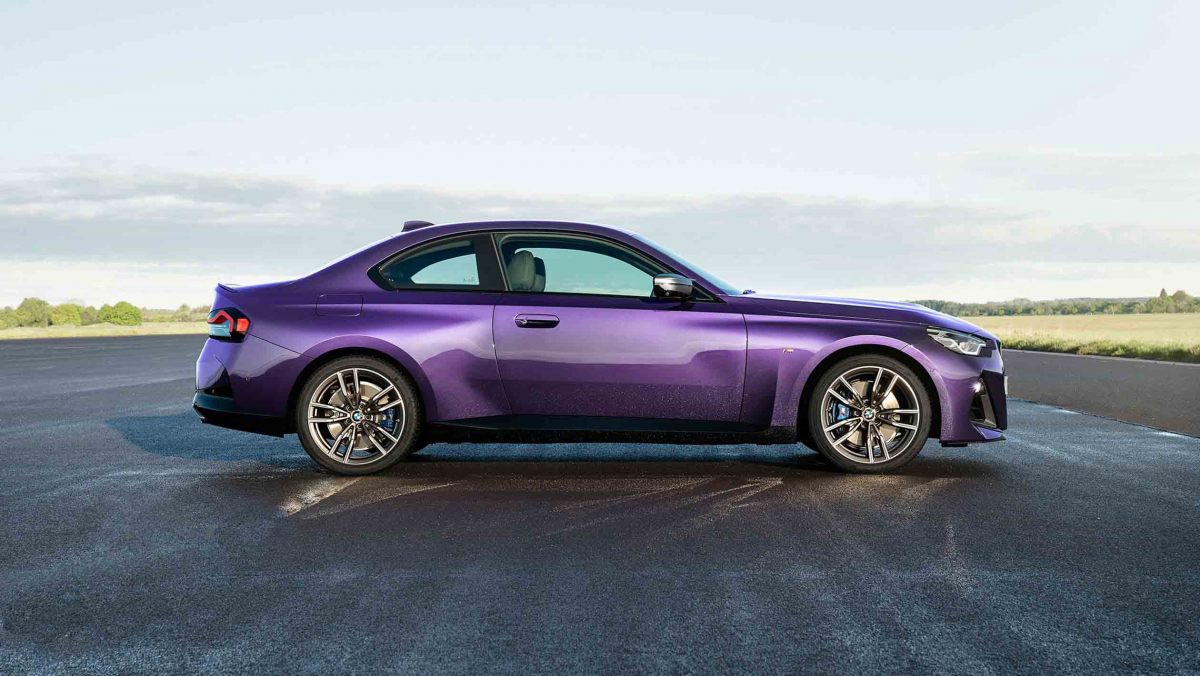 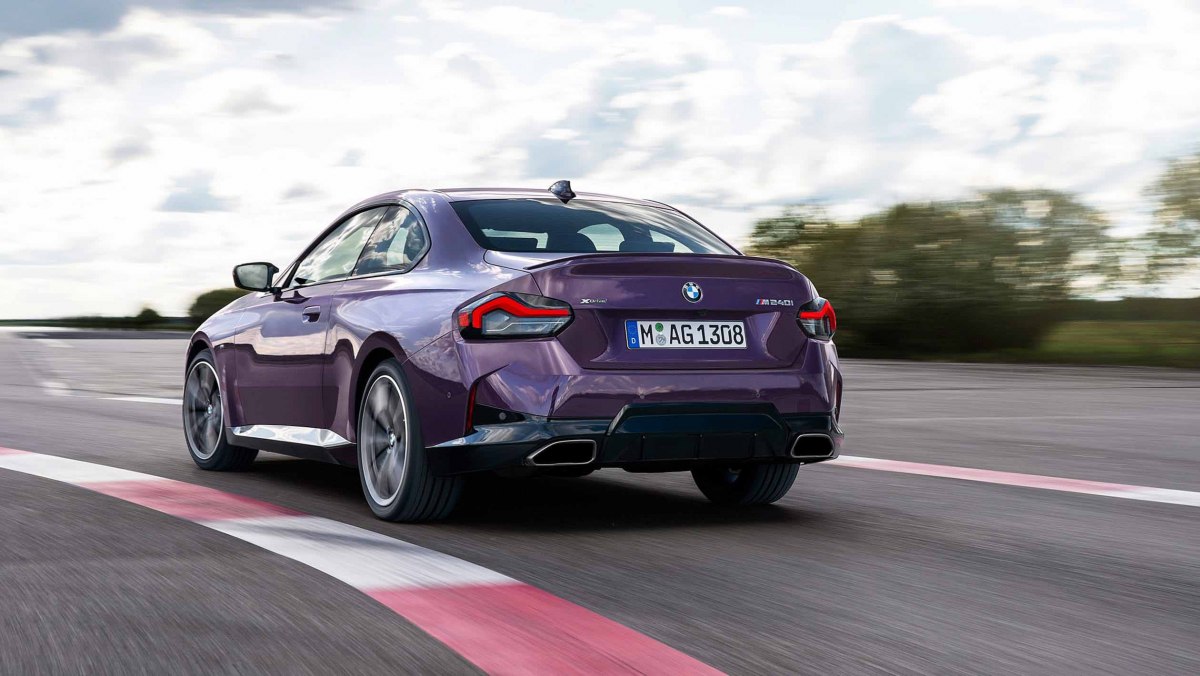 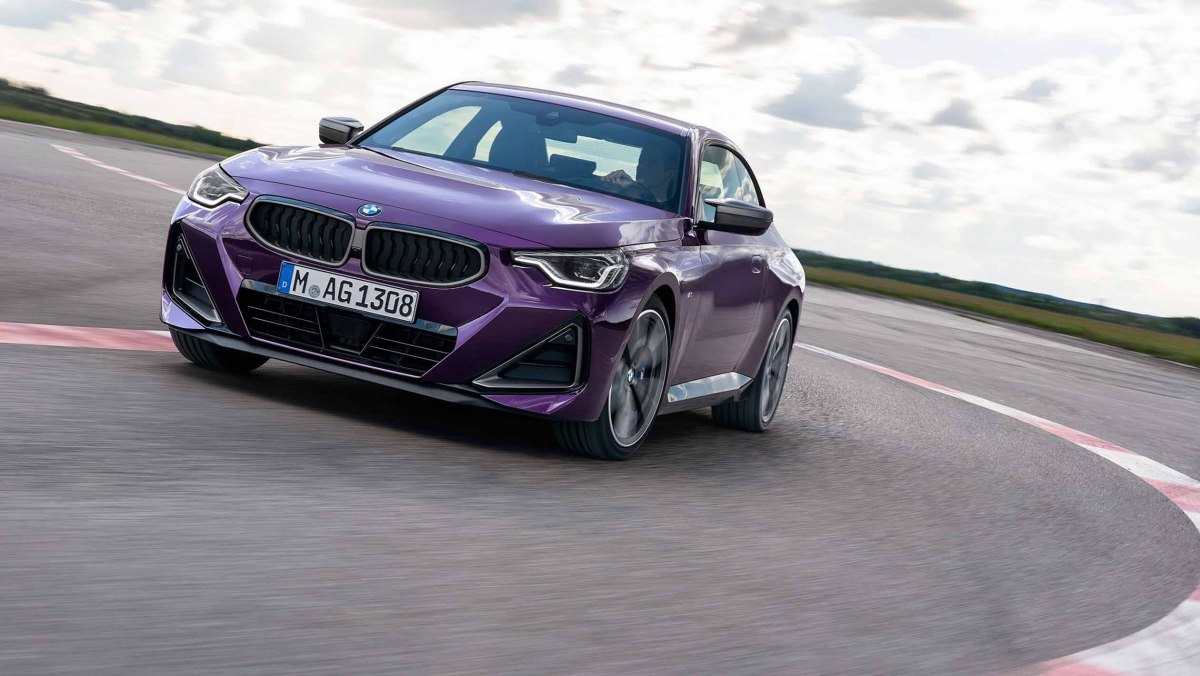 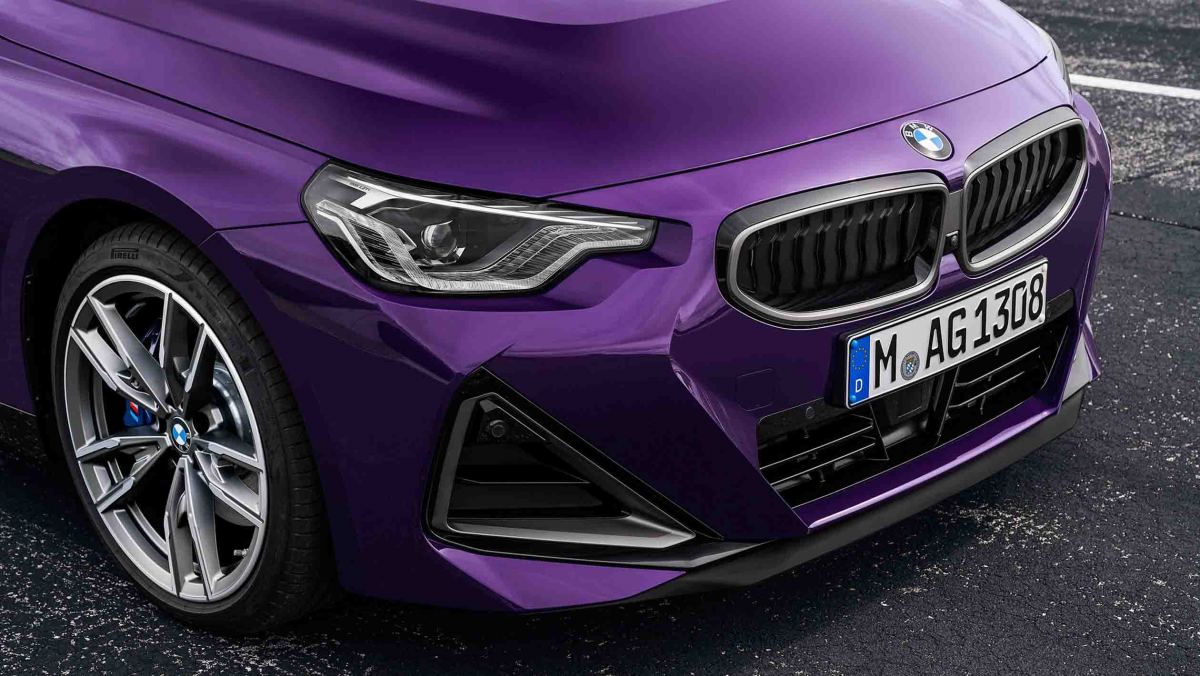 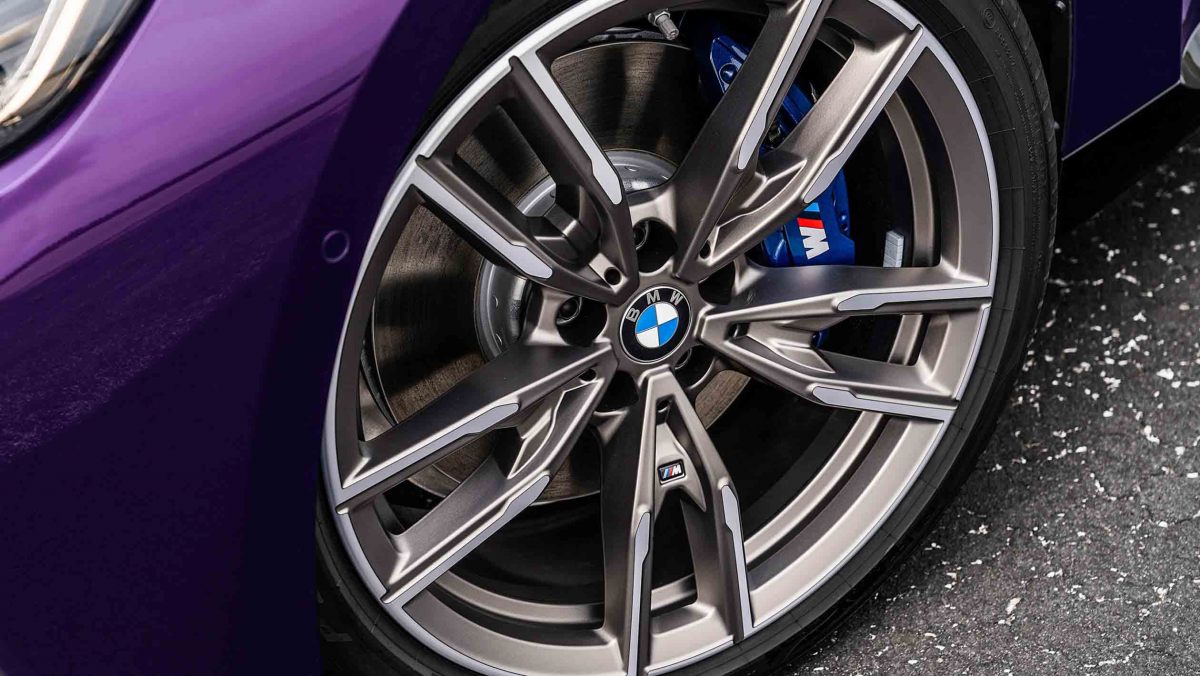 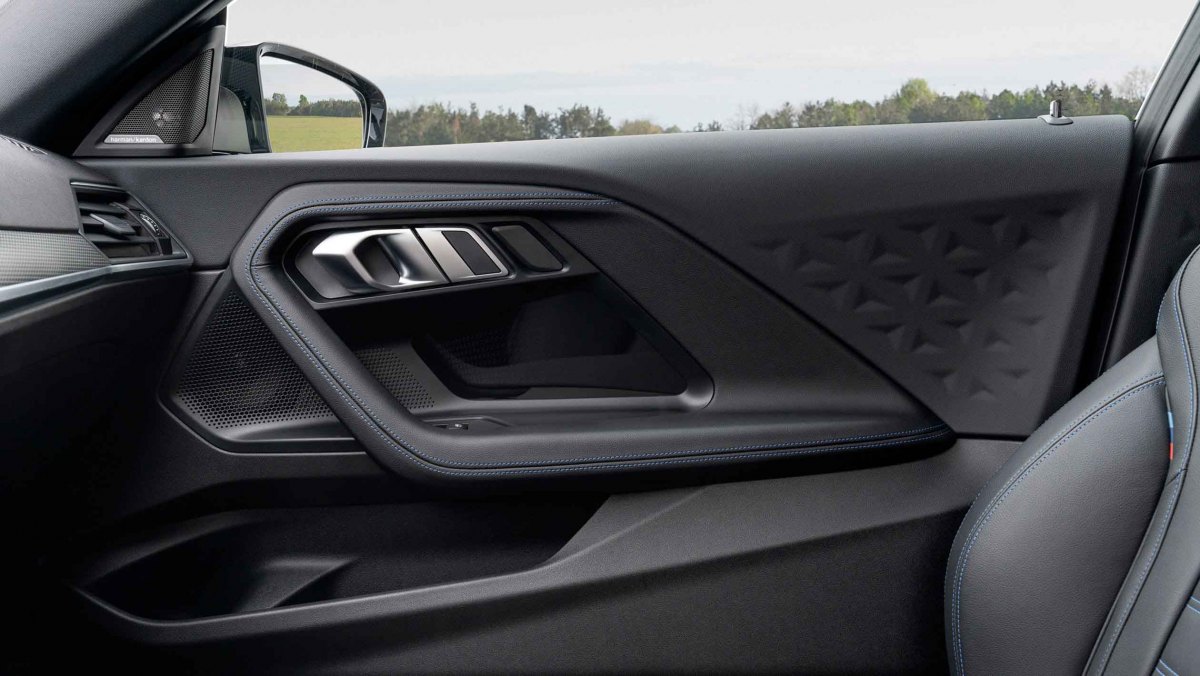 BMW has officially revealed the all-new rear-wheel-drive 2-series Coupe and, boy, does it make a statement. Launched amongst a flurry of electrification, bizarre design directions and some very odd social media marketing, BMW’s return to its homeland of a small, rear-wheel-drive coupe with an aggressive stance makes it an exciting prospect leading up to its launch early next year. After which, it’ll also form the basis of a new M2, which we expect to arrive later in 2022 or early 2023.

The new 2-series Coupe will operate in the same niche as its predecessor, albeit without a cabriolet sibling, running on a resized version of BMW’s rear-wheel-drive CLAR platform. Its dimensions are quite substantially different to those of the closely related 3-series, sitting 165mm shorter at 4548mm in length, but as the boxed wheelarches suggest, it’s actually 11mm wider. The wheelbase is also only 110mm shorter than that of the saloon, giving the new 2-series a much more square stance than the 3.

Designed using the iconic 2002 as a key reference, the upright three-box shape is a very clear nod to that car’s distinctive silhouette, while the single U-shaped headlight graphic harks back to the 2002’s single round headlight. Together with some very aggressive surfacing, a very M division-like domed bonnet and upswept bootlid, the effect is most certainly classic BMW, but sharper and more teutonic.

Perhaps most controversial, or not in this case, is the relatively compact kidney grille – some, perhaps many, might suggest this is a reaction to the new 4-series’ awkward face. Yet the 2-series’ development timeline confirms it was never going to adopt the new face, instead sticking with this more conservative, if still slightly jarring design.

Under the sheet metal is a familiar collection of chassis elements we already know from the G20-generation 3-series. The suspension is of double-pivot front (three-quarters of the way to double wishbone) and five-link rear designs, with aluminium suspension arms and wishbones. The bonnet and front wings are also both made of aluminium, helping the new 2-series achieve a 50-50 weight distribution, while suspension hub upgrades and extra bracing lifts lateral torsional rigidity by a further 12 per cent.

The powertrains are also familiar from the 3-series, with a 184bhp 220i and 190bhp 220d petrol and diesel turbocharged four-cylinders sitting at the entry point of the range. For now, the range will be topped by a more interesting M240i, matching the M340i and M440i with the single-turbo B58 3-litre straight-six. As in its larger siblings, peak power is rated at 369bhp between 5500 and 6500rpm, while torque is an identical 369lb ft spread between 1900 and 5000rpm.

This engine is combined exclusively with an eight-speed ZF-sourced automatic transmission, with power being sent to all four wheels via BMW’s rear-biased xDrive system. Those up in arms about the lack of rear-wheel drive and manual options will no doubt sound an alarm, but there’s a good chance both will be utilised on the next M2. However, BMW’s inclination to offer a six-speed manual here in the region remains the real threat to that likelihood, even if the M2 CS’s manual uptake showed a dramatic increase in proportional sales compared to the Competition.

For now though, the M240i remains the most potent new 2-series, and so comes with its own high-specification upgrades to make best use of its prodigious power and torque figures. These include a limited-slip differential on the rear axle, (optional) adaptive dampers, increased negative camber on the front axle and uprated four-piston brakes. BMW has also paid attention to other more detail-oriented elements in the chassis such as the use of lighter wheel bearings with reduced friction and stiffer wheel hubs to give the calibration engineers a stronger base to work from in the car’s set-up.

The M240i also runs on standard 19-inch wheels and tyres, with an even larger footprint on the road courtesy of wider tyres than the 3-series front and rear. But all this hardware comes at a cost, and that’s in weight because with a DIN figure of 1690kg, it’s actually 20kg heavier than the M340i. Some of this weight variation likely has something to do with the larger wheels and tyres and extra track width, but for something that’s 65mm shorter in overall length, this does come as somewhat of a surprise.

Inside, the cabin is lifted pretty much wholesale from the 3-series, with all the familiar switchgear and interior tech that will either make your life harder or easier depending on how well you get on with BMW’s interfaces. This does mean the cabin will have made a big jump up in interior quality though, with the new generation of BMW interiors representing a big leap over that of the old 2-series, which always felt a tad underwhelming.

The prices are still to be finalised, but the range should start from around $50,000 for the entry-level 220i M Sport, with the M240i likely coming in at around $60,000 where it will rival other compact performance models such as the Mercedes-AMG CLA45 and Audi RS3, until the new M2 arrives.