The AC Cobra, father car of the iconic Shelby Cobra, has been electrified by Falcon Electric 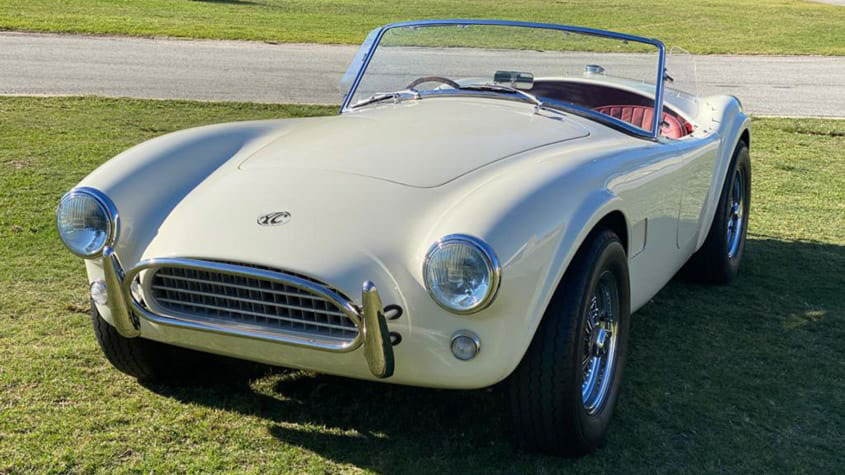 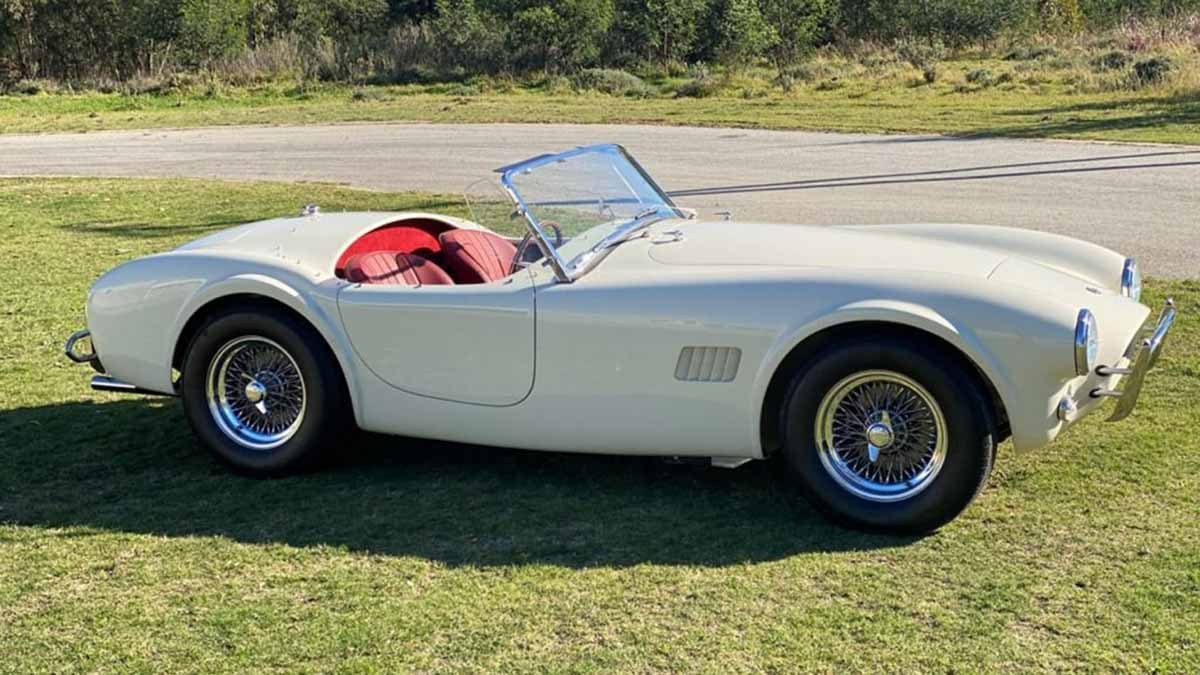 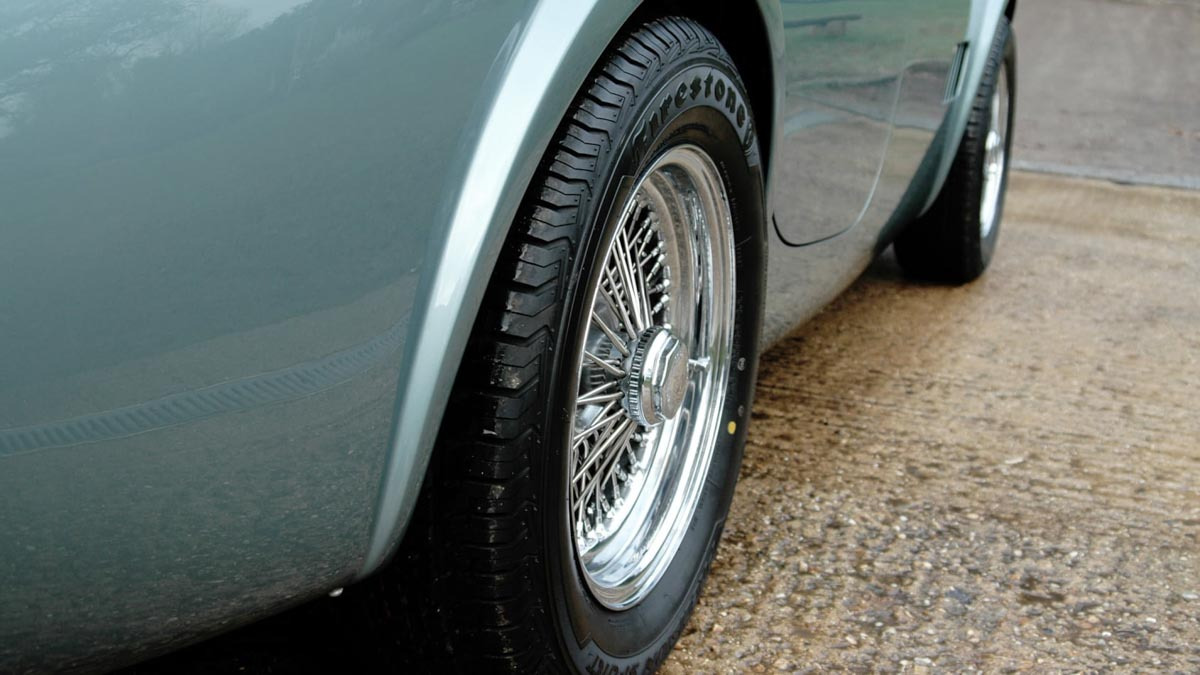 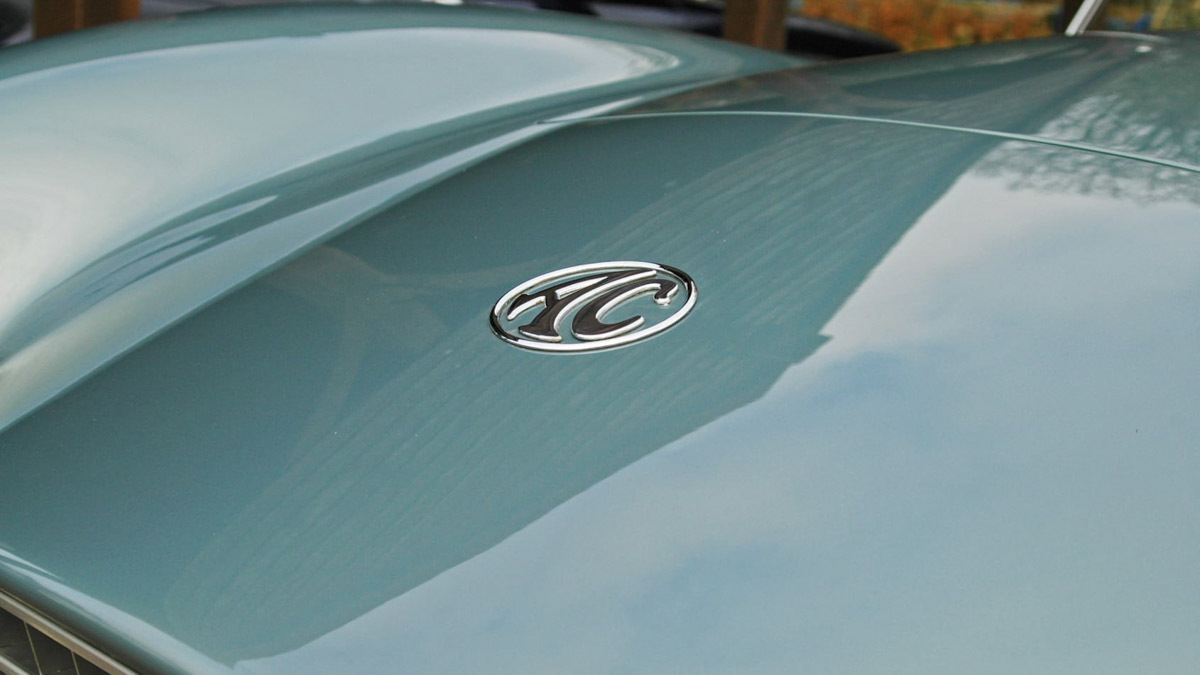 Carroll Shelby will no doubt be rotating in his grave at 7000rpm at the very notion of a new all-electric AC Cobra. But that’s exactly what AC has just announced: a limited run of 58 ‘flat sided’ 289 Cobras with a battery pack mounted in the nose, powering the rear wheels via an electric motor with a total output of 230kW. That’s the equivalent of approximately 280bhp/370lb ft, which is enough to send the new 1250kg ‘AC Cobra Series 1 electric’ to a top speed of around 193kph, with a 0-100kph time of 6.0sec en route.

Why the number 58? Because that’s how long the AC Cobra has been in existence, having been turned from the AC Ace into the Cobra in 1962.

It’s not cheap, the new Cobra EV, with a list price of $171,000 before licensing costs, so call it not much change out of $185k all-up. But for that you will surely end up with one of the most intriguing, interesting EVs available on the planet right now.

The estimated range will be 250 kilometres, while the charging capacity is 6kW, which is good, but not exactly cutting edge. As with all AC Cobras, the painted rolling chassis will be made in Port Elizabeth, South Africa. The whole shebang will then be shipped back to the UK to Falcon Electric Ltd in Derbyshire, who will install the EV powertrain lock, stock.

Falcon is an expert company in EV technologies, currently helping to develop fast-charging network systems across the country while also heading up R&D into autonomous driving solutions for various mainstream car makers. It knows its onions, in other words.

The all-up weight of the 289 EV will be ‘around 1250kg’, says AC, though it hopes to reduce this a touch by the full production stage. Weight distribution will be approximately 52/48 front to rear, meaning the 289 EV should still feel pretty well balanced.

To accommodate the extra weight of the EV powertrain, AC has also modified the composite-bodied 289’s steering, suspension and brakes. The intention is not to create an out-and-out super-focused sports car but, rather, a more relaxed but still highly desirable icon, albeit with a very different motor beneath the bonnet. Reading between the lines, the 289 EV is going to be an elbow over the side of the door and smile as the world goes by kind of sports car, not one in which your fingers are welded to the steering wheel, teeth gritted in the face of impending doom.

Having said that, AC is making some fairly spectacular claims about how quick the 289 EV will be subjectively in the mid-range. It doesn’t have specific numbers as yet, but with 185lb ft available at all times and 350lb ft available under full throttle in shorter bursts, you can imagine how rapid the car will be from 65kph onwards. Overtaking, it’s reasonable to assume, will not be much of an issue.

At the same time, and if an EV version of the 289-bodied Cobra is not your thing, AC has also announced it will be building another new petrol-powered version of the exact same car, called the Cobra 140. As per the EV – and all other AC Cobras – this will be built in South Africa, then shipped back to the country for final quality checking and assembly by AC.

Powered by a 350bhp version of the Ford Mustang’s four-cylinder 2.3-litre turbo engine, the Cobra 140 (which, as ever, refers to the cubic capacity of the engine) will cost $105,000, with deliveries starting in the last quarter of 2020. It will use the same 289 body, and again just 58 examples will be made to celebrate the Cobra’s anniversary.

Crucially, the weight of the ‘ICE’ 289 will be significantly lower than the EV’s, AC quoting 1100kg as an ‘absolute maximum’. With 350bhp and 324lb ft, that will give a 0-60 time of less than six seconds and a top speed of over 193kph, although AC is keen to point out that top speed is not what either of its new 289 Cobras are especially concerned with. The six-speed manual gearbox is from the current-generation Mustang – the MT82 – and not the latest ten-speeder from the latest Gen 2 Mustang.

As with the EV, the powertrain will be installed by Falcon Electric in Derbyshire. But the range of colours will be more expansive than those of the EV 289. Essentially customers can ask for whatever colour they want and AC will do its best to accommodate their wishes, whereas the EV 289s will strictly be available in just the four colours mentioned above.

And before you knock the idea of a four-cylinder AC Cobra into the weeds, let alone an EV version, it’s worth remembering this: the original AC ACE – which then became the Cobra in 1962 – was always powered by a four-cylinder engine. It wasn’t until Mr Shelby & Co got involved that a V8 got shoehorned under the bonnet. So what goes around comes around – certainly in the case on the four-cylinder version, at least. 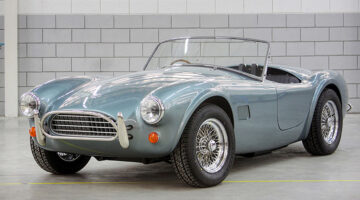 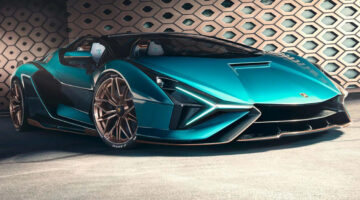 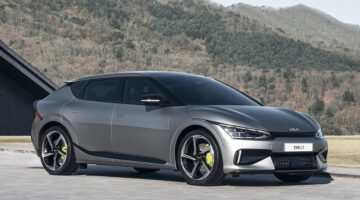