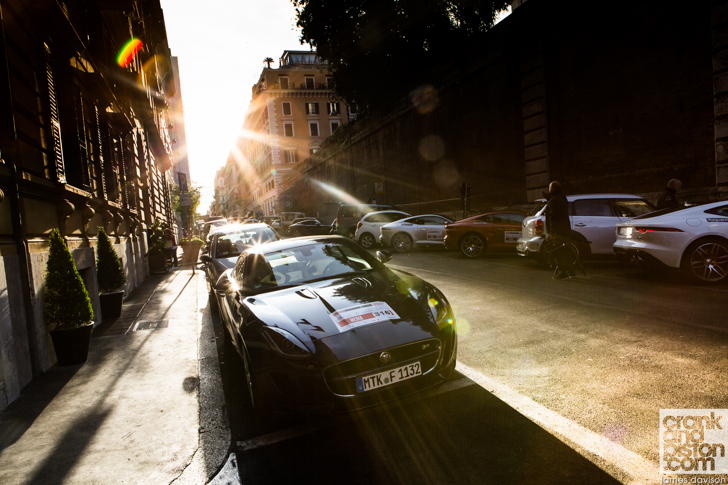 With a few more hours kip than expected, the early wake up call in Rome is not as bad as feared. The sun has barely hauled its ass over the rooftops when it is time to get back on the road. Yesterday may have been an utterly exhilarating experience in the F-TYPE but it was a complete photographic fail on my part. Dan Connel, Jaguar PR and Communications Manager/occasional wearer of red trousers but otherwise a top bloke, would be in the pilot seat for the day while I got snap happy with the Canon. 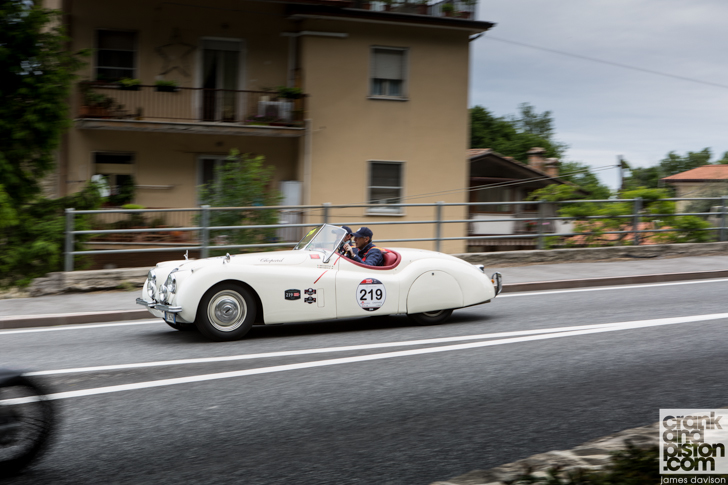 With Dan setting a blistering pace we are soon out of the capital and back into the beautiful countryside that surrounds Rome. It’s about this time that I notice a serious flaw in the F-TYPE Coupé which is not suffered by the roadster. It is fekking hard to contort yourself out of the window while on the move for photographic purposes and I make a mental note to chastise Ian Callum later on this grave oversight. Necessity, however, is the mother of invention and I only need to dislocate a few limbs to find a workable position. It also helps that I trust Dan to avoid low branches when I am hanging out the window facing in the wrong direction. 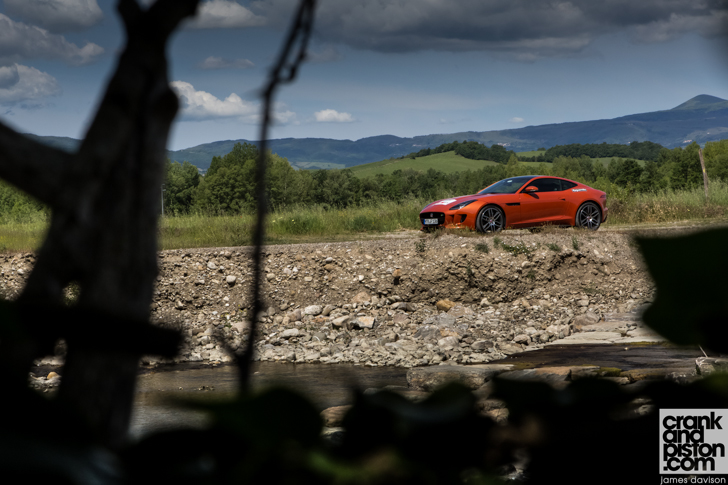 The weather is glorious today and we are making great time. By bypassing the ancient city of Viterbo we have a really good chance of gaining ground on the Jaguar Heritage cars. But Dan and I have made a schoolboy error. Since early morning we have both been downing Red Bull on empty stomachs. A call of nature is long overdue until, finally, we spot a gravel lane where we can stop without disrupting the flow of traffic. Which also happens to be a picturesque setting to shoot the F-TYPE. Result. 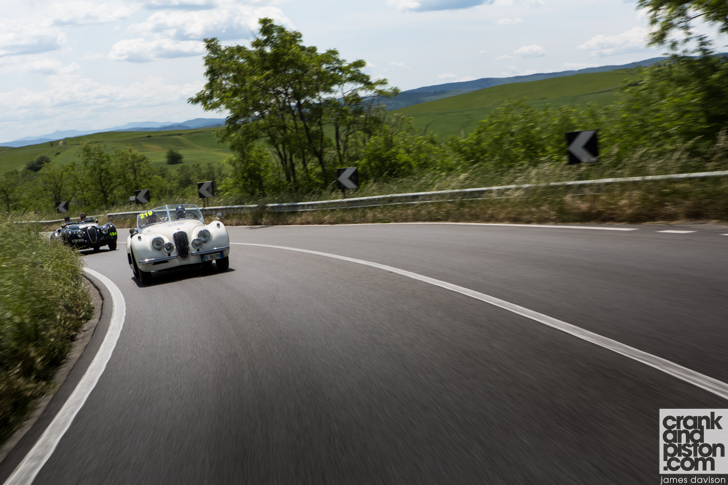 Today’s route stretches 552km from Rome to Bologna and is thankfully made up of fast stages through open Tuscan countryside. We’re on a mission to catch some Heritage Racing action as they mix it on the Mille Miglia but, humorously, just as we exit Buonconvento it is us that gets stalked by a pair of Jaguar. The road is open in front of us and Dan is keeping the F-TYPE pinned (to ensure we do not interfere with the racing behind) while I grab a few Jag-on-Jag action shots. 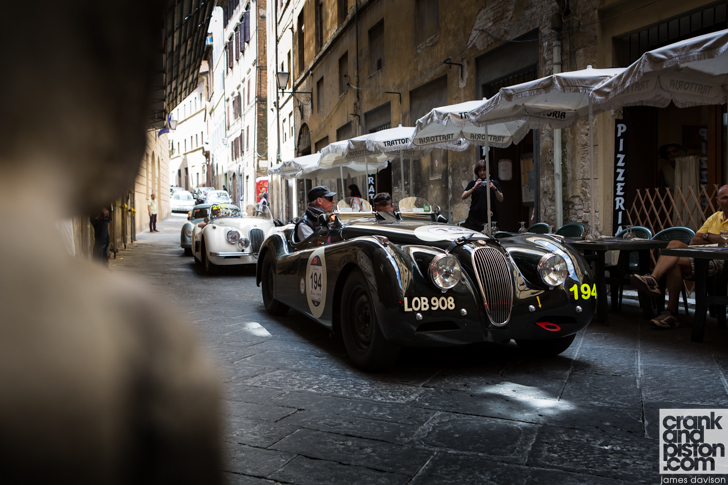 Rolling into Siena, in our little convoy of old and new Jaguar, a massive cheer of “Jag-Wah! Jag-Wah!” erupts from the thousands of enthusiastic Italians who have gathered in the capital city of Tuscany to bear witness to the 2014 Mille Miglia. It is moments like these that you realise what a privilege it is to be invited along in a modern press car to take part in this extraordinary event. And just how passionate Italians are in their love of all things automotive. 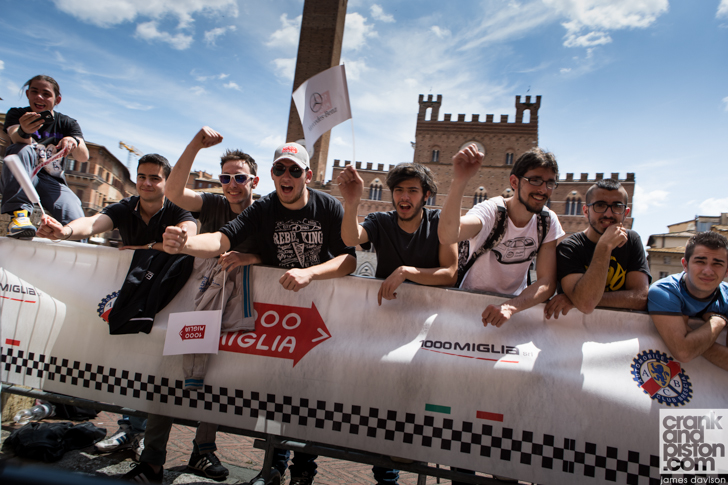 The historic streets of Siena wind their way down to the Piazza del Campo where the majority of spectators are gathered. It is slow progress through the piazza but Dan takes advantage and serves up a little #GoodToBeBad throat clearing and bounces the F-TYPE’s V8 off the limiter which, naturally, is greeted with an even louder cheer. Yes, Dan is a PR professional and knows exactly how to work a large crowd. 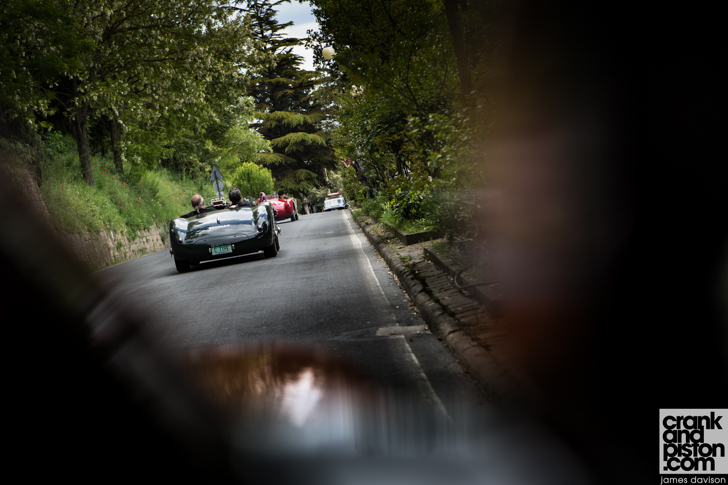 Exiting Siena, we are once again back on the road and making swift work of today’s stage. Volterra goes by in a blur and then we get caught up in some of the regularity time trials and complicated road sections and I find myself with my head once again stuck in the road book trying to make sense of where the hell we are as we seem lost in some random town somewhere. And then Dan nudges me and tells me to look up.