Well…this is awkward. Back in March, I got my first taste of the new Volkswagen Passat during a Middle East regional launch (you can read that HERE). And on the whole, it was quite good, packing a menacing new look with some impressive driver assistance technology, good build quality and a well-stacked cabin. Basically everything you’d expect from a Volkswagen product checklist.

At the same time, I may ‘accidentally’ have mentioned that the new, more muscular Passat lacked almost any sense of character, a comment that – so I’ve heard, anyway – tends not to go down too well with manufacturers. In came the querying phone call, and though I’d been expecting my latest round on the VW naughty step, the team’s response was actually quite refreshing. Lacks character after a one day test drive? Okay, see what you think after three months…

Which brings us to today, and my first walk around V-Dub’s latest entry on The Management Fleet. It boasts the same 168bhp 2.5-litre five cylinder engine, the latter also chucking out 177lb ft of torque and a not unreasonable 190kph top speed. It even has the same fetching metallic blue paint, though those natty wheels are 18in ‘Oxford’ options and the interior has gone from a soft black leather to a more vibrant and slightly git-ish eggshell white. Looks like most of our takeaway curry orders will have to be transported via our new AMG GT S. 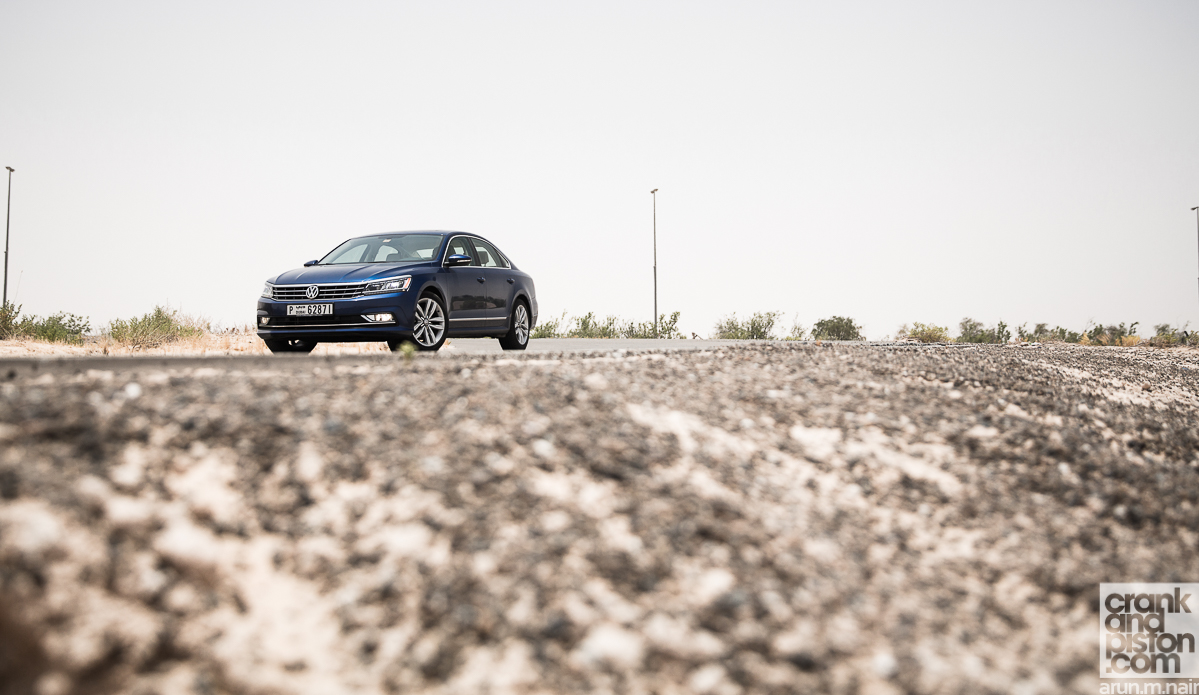 Some Madras-quivering leather upholstery though is hardly the death knell for the Passat’s practicality. We can already confirm that head and legroom for front and rear passengers alike is enormous, the easy-open trunk makes its return, the boot it’s attached to – just FYI – cavernous enough to swallow 586 litres even while the backseats are up. If you’re not familiar with litreage, that’s 20cu ft give or take, or two crankandpiston,com photographers line astern.

Alongside some pretty snazzy teak-affect trim, keyless entry and all-manner of driver assistance systems, there’s also a pretty fully loaded infotainment system, including Apple CarPlay and Bluetooth connectivity, a VW system that even I – possibly the most impatient man in the world when it comes to electronics – should be able to figure out with only minimal swearing.

Granted, this is unlikely to be the most electrifying daily driver we’ve ever had on The Management Fleet, but then in its efforts to reach the low hanging fruit on BMW’s 3 Series branches, it doesn’t need to be. The new focus on premium build and materials means VW has already turned its back on previous rivals Toyota and Nissan. Surely it’s within this arena that the Volkswagen Passat will be hiding the ace up its metallic blue sleeve. That much we’re already sure of. Whether any sense of character will also emerge during this time remains to be seen.

You can check out more of Management Fleet updates HERE, and more Volkswagen stories HERE